in Miami - which is definitely a new record for us.  we went to visit Phil's brother Larry this past weekend and since my cousin Michele lives there too now we got to see here as well.  She has moved into a beautiful new apartment overlooking the river.

so we drove down on Friday and arrived late afternoon - checked into our hotel and called Larry who came over after work to head out for dinner at Pascal's on Ponce.  we each ordered the tasting menu and it was wonderful.  luckily we were not horribly full so we could order the extra dessert of baked alaska to share between the three of us.

on Saturday we went to the Coconut Grove arts fair (Larry lives in the Grove) where I fell in love with a painting I didn't buy (the 24K asking price seemed a bit steep) - and bought a cute little wall hanging for waaaaay waaaay less. we had messy gyros for lunch and some empanada snacks and ran into a couple of couples who were friends of Larry's.  after we had had enough (read after I had had enough) we went to a bar in the grove and had some drinks and relaxed and cooled off.  it had hit the mid eighties that day and so I wilted long before the boys.

we dropped Larry off and went back to the hotel and then later he came by and picked us up to go to Michele's to see her new apartment- it is very very chic.  white marble floors and stainless kitchen with washer dryer in the unit- extremely nice!  we got to talking and before we knew it we were a tad late heading out to dinner at the traditional Spanish Casa Juancho.

Phil had the suckling pig and Larry the goat and Michele and I chose fish/seafood- these after a round of appetizers that were very satisfying.  we shared two desserts (boys mostly ate them) and called it a nice evening.

we made plans to check out in the morning and go to Larry's before heading out for lunch outside someplace.  our choices were somewhat restricted because of the art fair and also the boat show in town over at Miami Beach.  after getting to Larry's we went to visit his friend Brian and his family for a little bit.  long enough to walk out with a bag of star fruit from a tree in Brian's back yard.

then we headed for Garcia's which Phil was suspicious of (I am sure thinking uh-oh Mexican food) which was outside on the river near downtown.  it was fabulous - fresh fresh fresh fish and seafood- just what we were looking for in a really relaxed atmosphere. 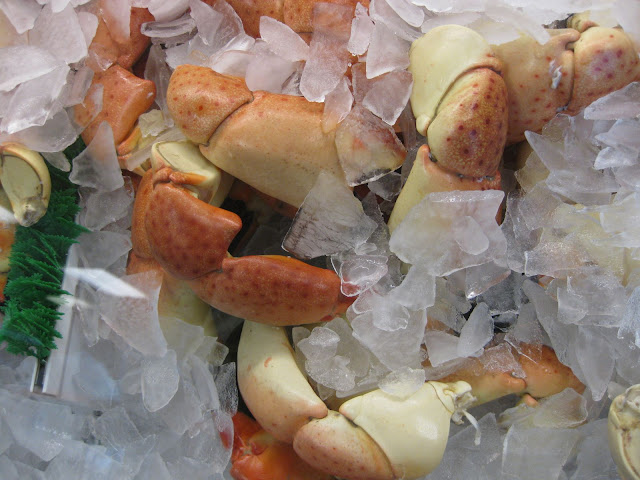 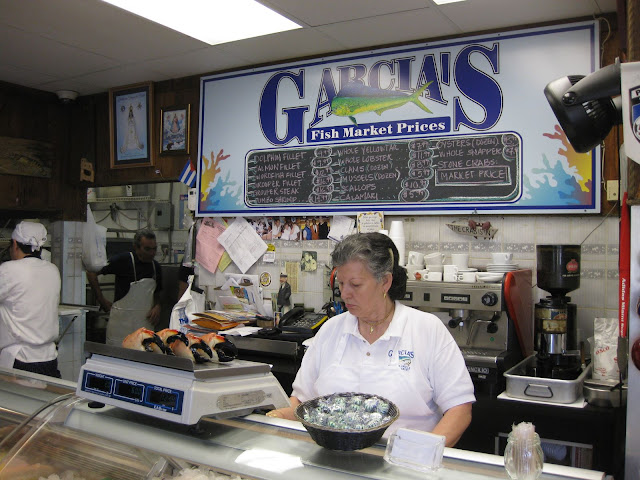 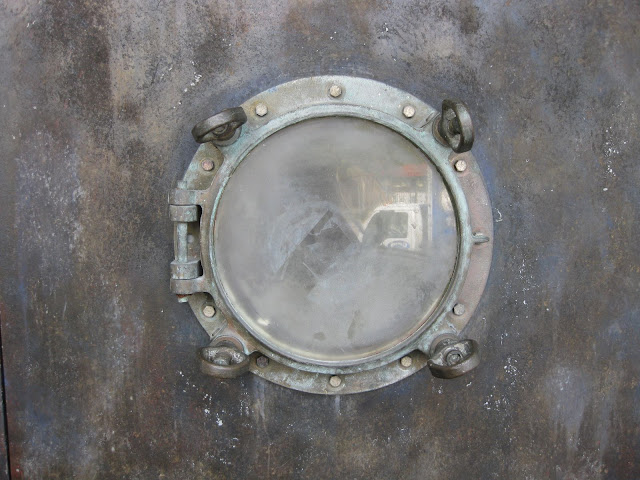 we took the long way back to Larry's, hung out for a while and then drove to Ft. Lauderdale to see friends Neil and Elizabeth who are renting for a while over there.  Neil's friend Frank was visiting from Chicago and so we five went out to dinner before we headed back to or River Cottage and Penny & Lucy.

when we got home Phil commented on - something I was also feeling- how much the River Cottage now feels like our "home."  you know how somehow you just breathe easier when you are home?  I think that is it- really we both feel like this is "home" now.  even as our time here comes to a close and we start planning our final week and begin thinking of packing and being homeward bound, we have felt so completely comfortable here that it has become our home for these two months. 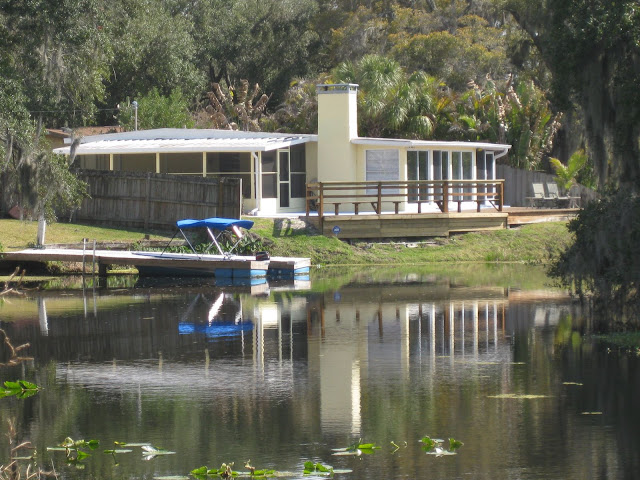 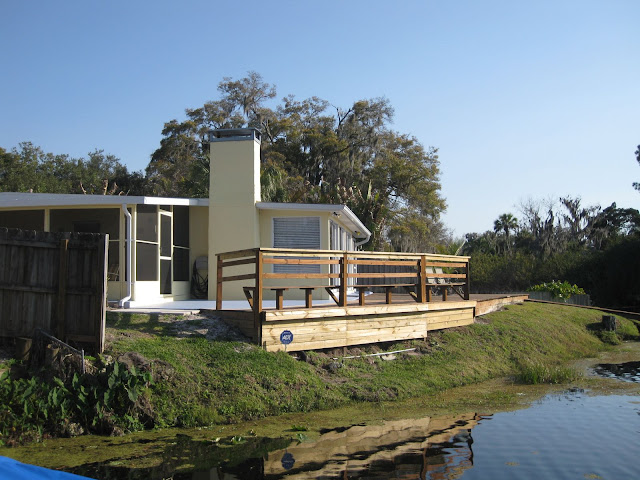 tonight we heard what we take to be the alligator sounds on the river and we are hoping for a sighting in our last week here.  then we can bring home a gator picture for Lynn to show her grandson a photo of the one she wrestled- LOL

and I will end with a photo of our cow buddy who lives across the street- he a lone animal apparently a tax dodge - which gets the property owners an agriculture tax rate for their acreage here "out east" - we stop by every day to say hello...LOL 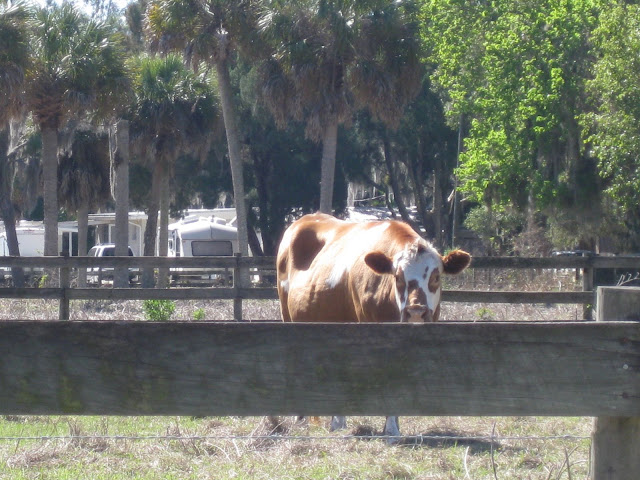