Went out for Italian food with group tonight- Jen had pasta- I had pizza- we shared a bottle of wine and of water – place ended up being quite expensive about 21 US with extravagant american tip LOL- but lots of extras in the snack/tapas department.  Olives -harissa- little quiches etc.
Wine again was decent - a red named after the guy who wrote the book- the original wine growing book from third century BC…. Apparently a Carthage based agronomist called Magon.
Tomorrow we are up early for early start to long day- leaving at 8 AM – here is the plan from the sheet Mohamed gave us:
Carthage Ruins
American WWII cemetery
Sidi bou Said (artist village)
Lunch in last kosher restaurant in Tunisia
Jewish lecture by Jacob – owner of above
Bardo Museum (where all the mosaics are located- has fabulous reputation)
Medina of Tunis
So we will be very busy on Sunday and we are probably leaving early because the new group that arrived today will be on own same sites tomorrow as we swapped out days to get the kosher meal. And the good news for the trip leaders is that OAT has not consolidated groups but given as many guides as they could a chance to lead, even though the margins are obviously smaller on a smaller group.  Our eight – four men and four women is good.  The two single guys have bonded and the two married guys have bonded and the married women seem to get along.
Today when we were at the UNESCO site there was only one other American couple and the first thing the woman asked us was “were any of us from the south” – I tried to get away and said “no- all northerners” but Sally told her that one couple was from North Carolina.  I quickly chimed in that they were transplants from CT and NY but the woman followed us around the place asking which ones of us were the south.  This is what in the law we call a “res ipsa” situation.  Enough said.
more photos-
top - road side fruit stand
middle - ancient sign for me
bottom - ancient sign for Phil 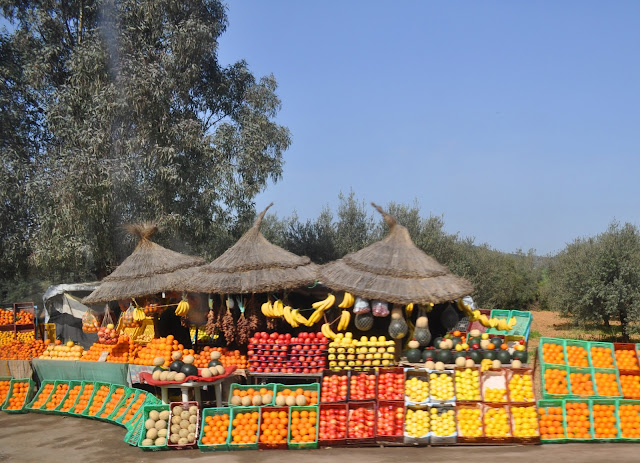 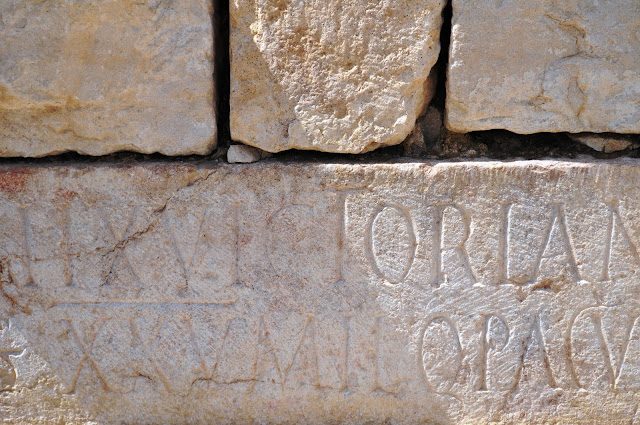 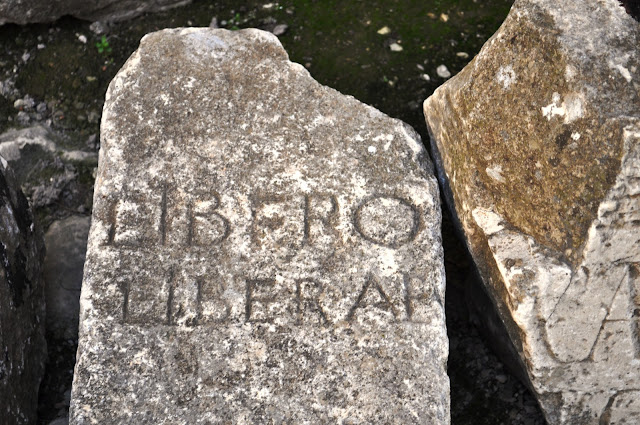