my grandfather bought this cottage- known as "the beachcomber" from his brother-in-law (my mom's Uncle Bruce Cox) in the late 1950s.  Bruce had moved to Florida in the 30s we think - he met a gal there who was named Irma (better known to us as Aunt Irma) who was the post mistress of Bradenton Beach - the location of the cottage was in Bradenton Beach along Gulf Drive fronting onto the Gulf of Mexico.

Bruce had built a custom designed home up in the Anna Maria community on Marina Drive - or maybe it was Holmes Beach- anyway both houses are long gone at this point - the cottage property sold to finance my grandfather's purchase of a house on 70th Street in Holmes Beach for his retirement and then resold by the buyer to a condo developer- alas- a common enough story...

it was small- very small- and made of wood- which the termites loved - had two bedroom and one bathroom and a garage that had been made into a third small bedroom. A minuscule kitchen, moderate living room and large screen porch rounded out the room count. No dining room- we ate on the porch.

no AC of course- this was 1960! Water for drinking had to be bought in large bottles at the store because the well water was non potable (and smelled of sulphur- we used to call it "egg water" because it smelled like rotten eggs to us- although I seriously doubt my sister nor I had ever smelled a rotten egg at that stage of life- LOL)

basically my direct family had property there from 1958-2008 and that isn't counting Bruce Cox's time there. so next year we are scheduled to rent for the winter less than five minutes drive from the small island that was home to my family for so many decades.

and here are some photos: 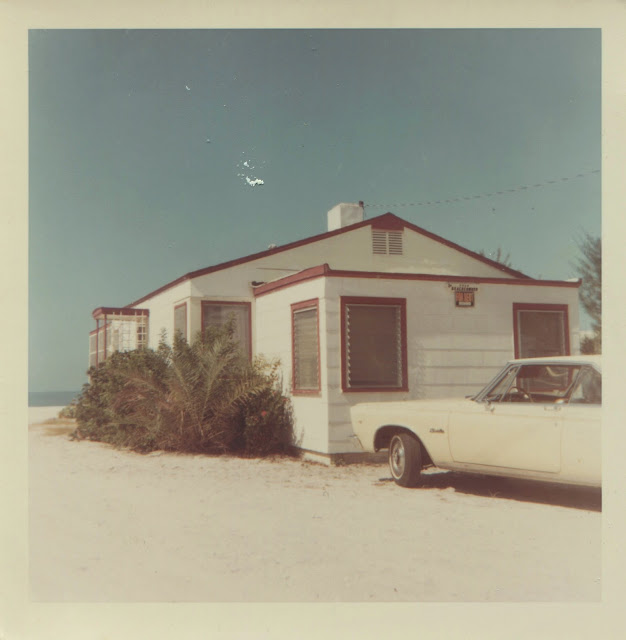 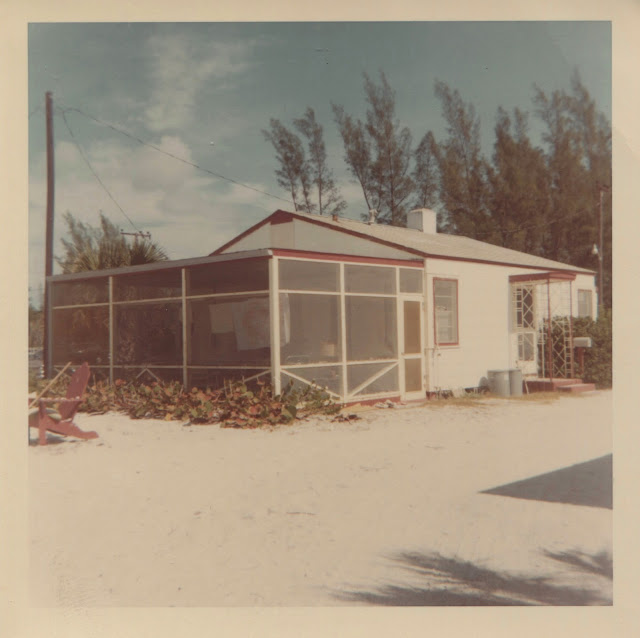 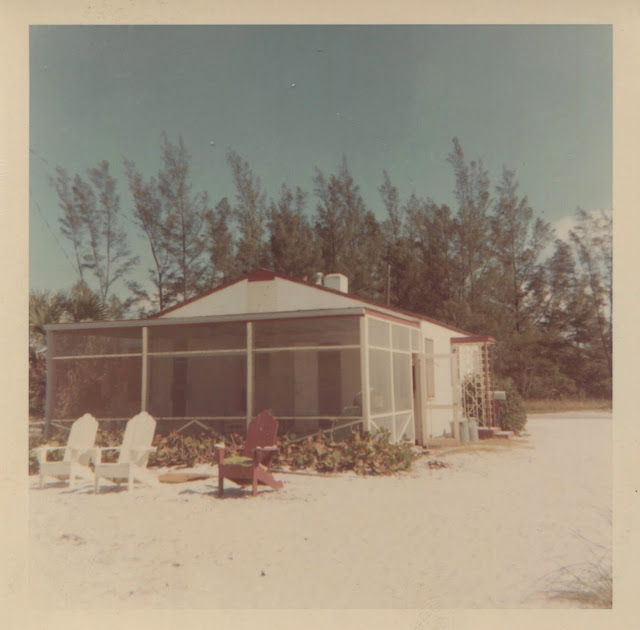 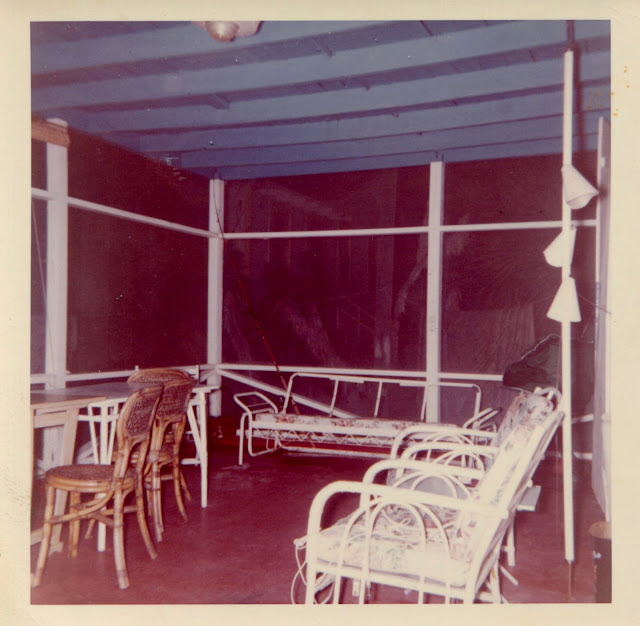 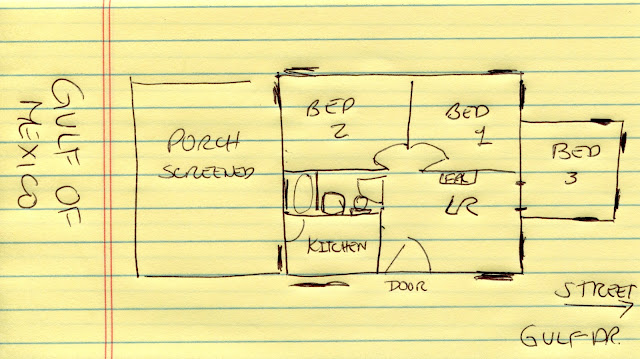 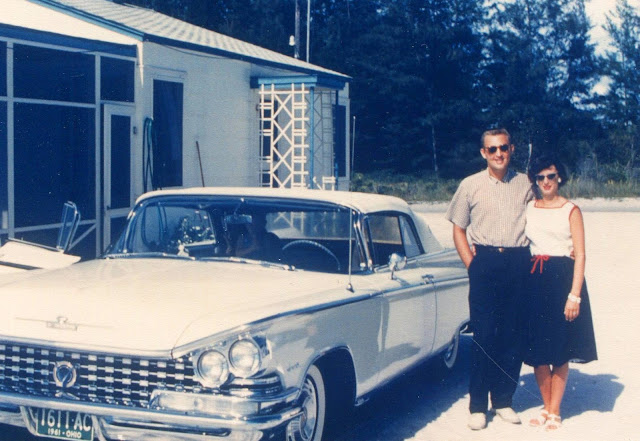 above- my parents outside the cottage (license tag says 1961) and below - my grandmother, brother, me and my sister (from left to right) at the front door (which opened from the side of the house)- the Gulf of Mexico is off to our left and Gulf Drive off to our right (you can see it in the photo of my parents just before the greenery across the street.... 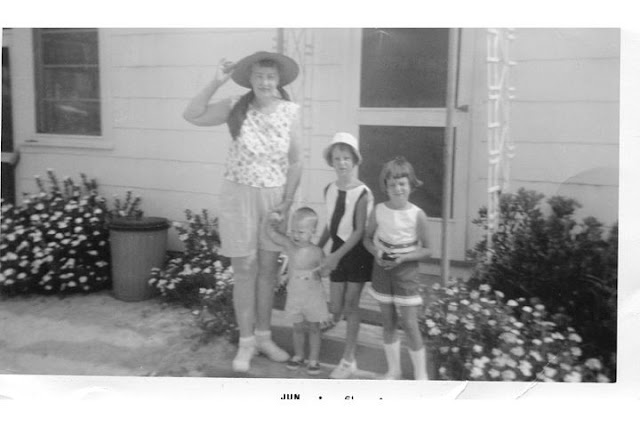 with that I have to end- LOL