so after having such an amazing meal at goosefoot on Saturday night, I thought that the plans we had for Tuesday night with the Chicago Gourmets (CG) group might be a let down.  so I was grousing about having to drive an hour and a half in rush hour traffic to the suburbs and complaining to Phil about why we would go this far when we have amazing restaurants like goosefoot less than ten blocks from us... and who eats at 6:30 anyway - only ancient people- LOL - you get the drift.

boy was I so wrong- seriously wrong- and we had just a fabulous meal at Mecenat in Western Springs (we didn't know where it was until we went there - cute little old "on the commuter rail line" kind of town.)

so here is my report- this chef totally knows his stuff- had made the rounds of several high end places in the area and now has found his patron and opened his work of food art in downtown center - right across from the train station in Western Springs. His name is Jonathan Harootunian.  And the wine pairings were presented by the Jean-Jacques Fertal president of Eagle Eye brands and owners of various vineyards in France (from Alsace in the north to the Mediterranean in the south.)

We started with a crab and citrus salad served with wontons. This was paired with an Alsatian Pinot Blanc. 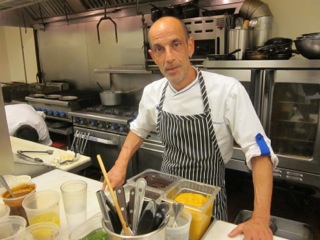 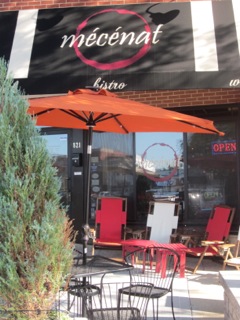 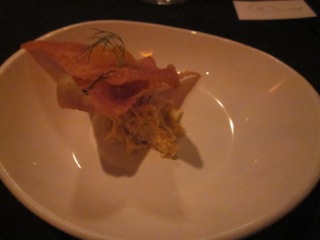 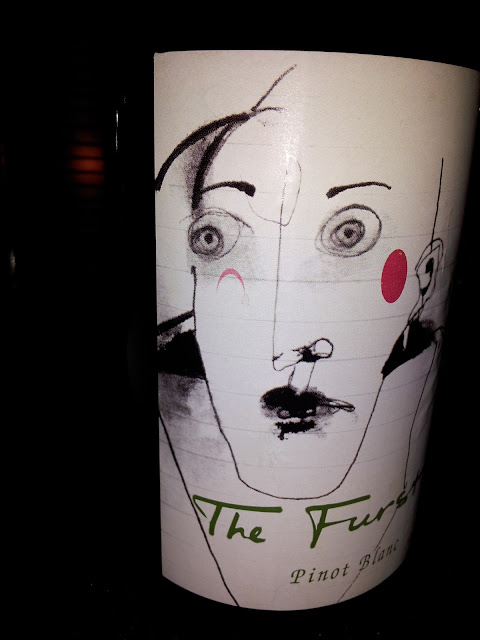 the next course was a really delicious summer salad with mesclun, strawberries, manchego and almonds in a light vinaigrette with these incredibly yummy strawberry caramel squares (could have eaten about a dozen more of those things!) here Jean- Jacques paired with a sparkling wine the Cremant d'Alsace 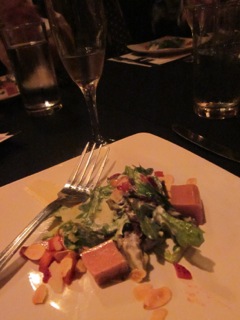 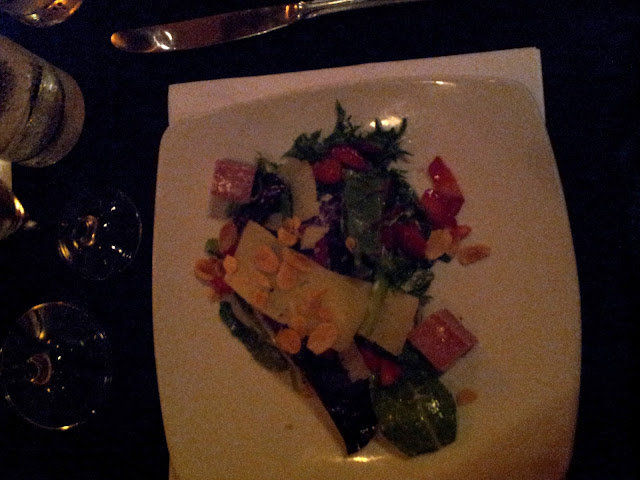 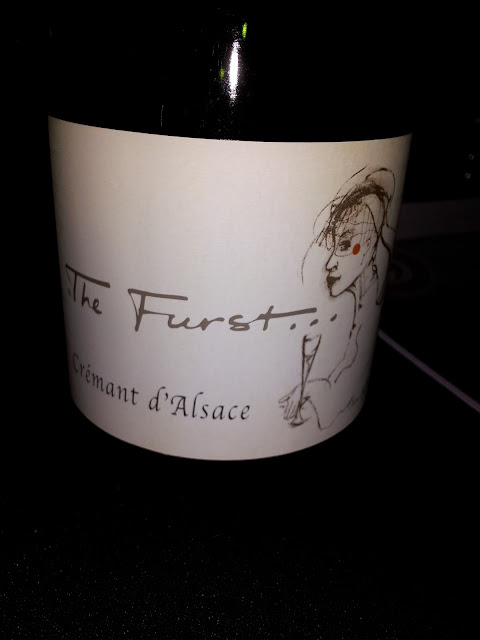 the next course - a knock your socks off foie gras in a mushroom bacon ragout- this was to die for and I barely managed to keep from licking the plate! it was served with a GSM that I found really tasty (Phil liked the next course wine pairing better) Karantes Bergerie 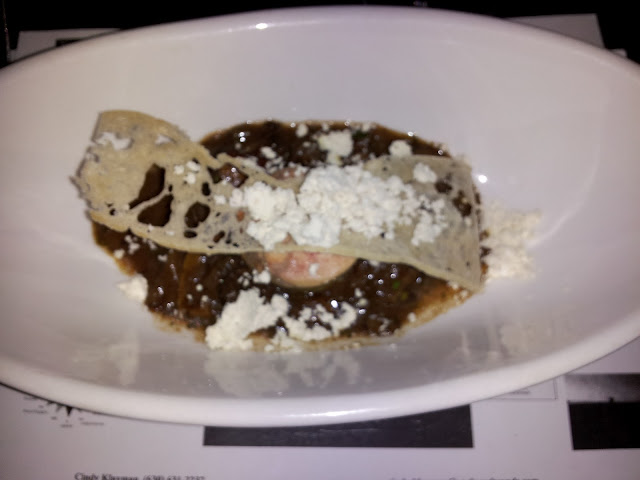 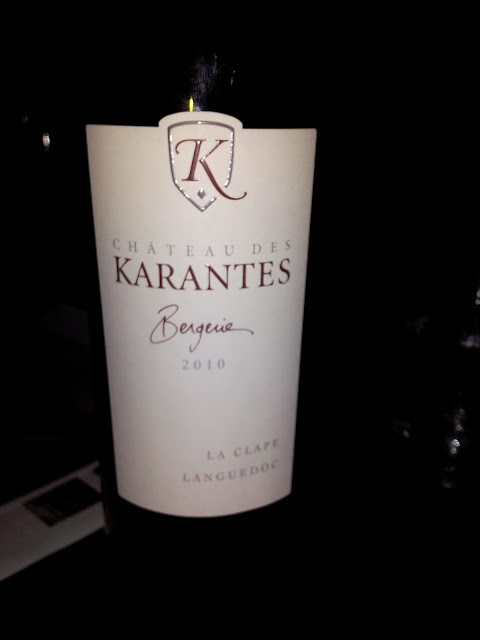 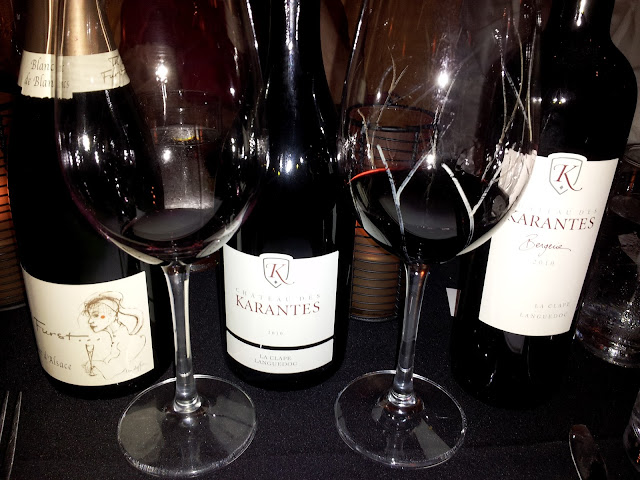 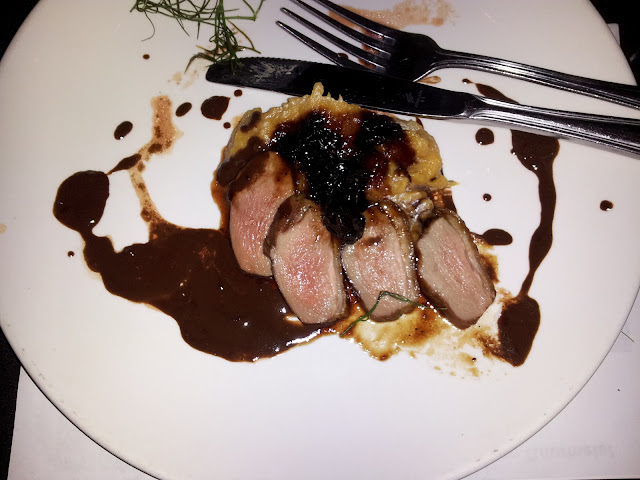 OK- I forgot to take the picture because I was so anxious to taste the smoked chocolate sauce! 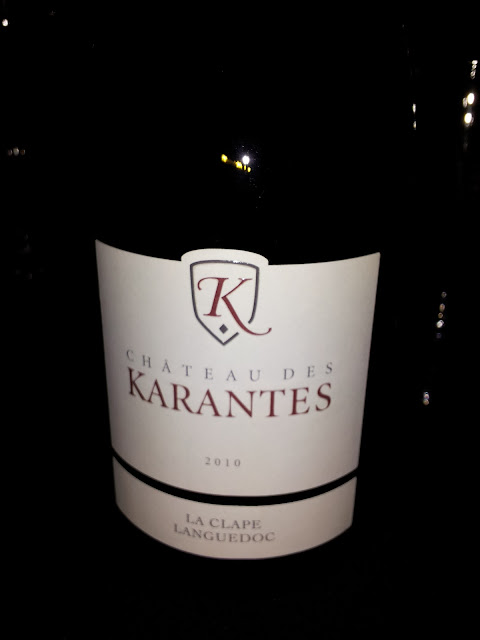 then we had another course- the dessert, that I could have had at least two servings and probably even then would have had to stop myself from ordering another.  it was a honey pound cake with roasted peaches and a spiced caramel sauce. It was paired with a dessert wine from the Bordeaux area Chateau Les Roques Cuvee Frantz. 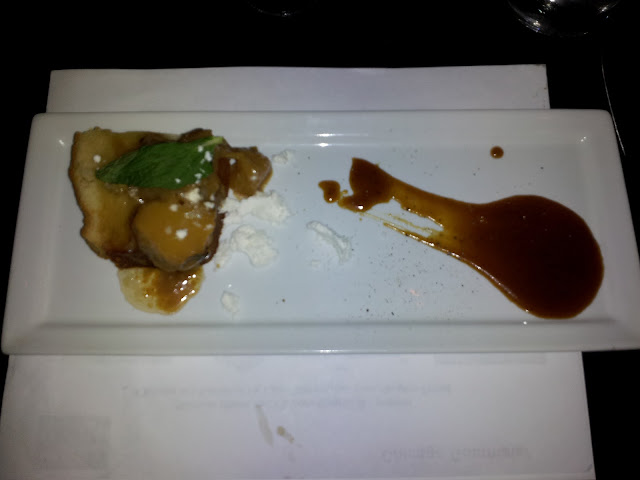 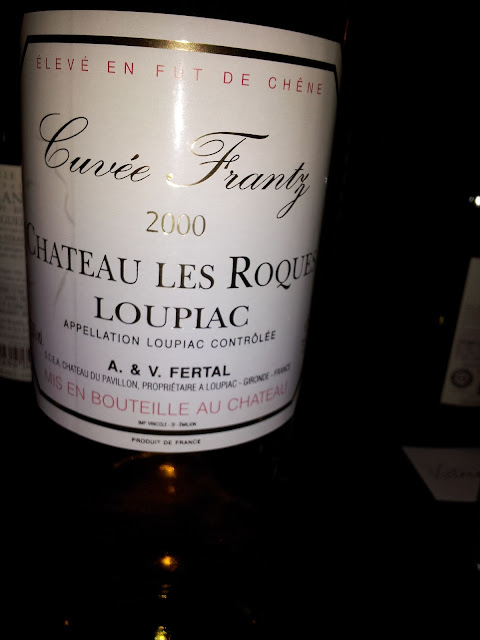 Next on our CG schedule is an event at Calihan early next week... watch for a review....
Posted by TOR at 7:47 PM