a view from above

the next day is "a day at leisure" or you can join an optional jet boat "safari" on the Dart River... LOL although I can hardly think of a bigger misnomer than safari for the very loud extreme speed driven thrills that ensued- but hey- call it what you want.

our first thrill of the day is we get to sleep to a reasonable hour!

12/12: Bkfst @ Distinction Nugget Point Hotel. Group headed out for exploration of Queenstown & Dart River jetboat tour. TB splits off for hike of Ben Lomond Peak behind Queenstown (5735’; ~4700’ ascent); great hike with terrific views from summit. Much post-hike latte (by the bowl!) and gelato in Queenstown. Dinner at leisure w/ Tor & PF @ The Postmasters Residence in Arrowtown.

so - Phil and I get up and have breakfast and take a cab into town around 9:30 or so- we have to meet the group (and others) at a certain corner to take the bus to the Dart River facility-  but have time to explore beforehand- and Mike is persistent in his "recommendations" for filling up the little free time we have.

we decide to have the cab drop us at the sky tram for a view over Q-town area from above- good choice!

from there I go to Starbuck's for frappuccino sans TB my usual Starbuck's tablemate... Phil gets an ice cream nearby and we then meet up with the group. 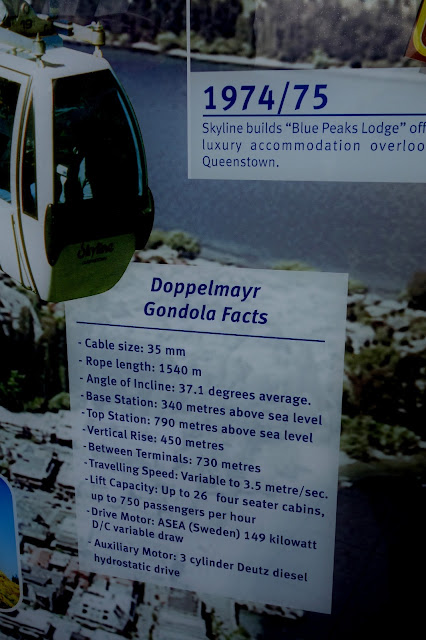 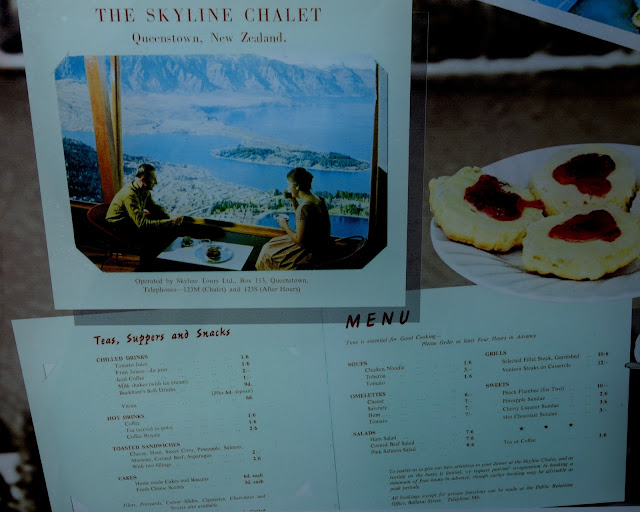 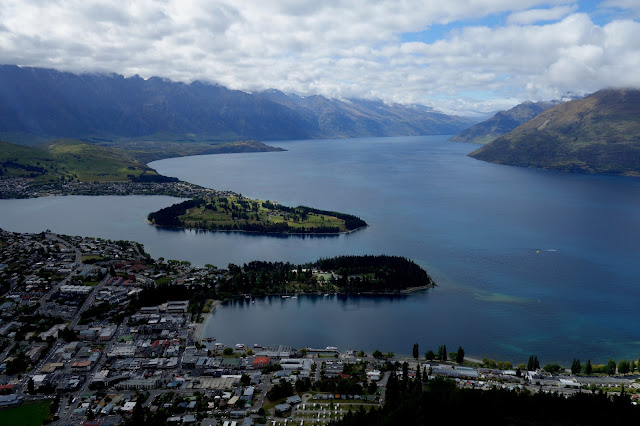 below you can see how NZ gets the nick-name Land of the Long White Cloud... 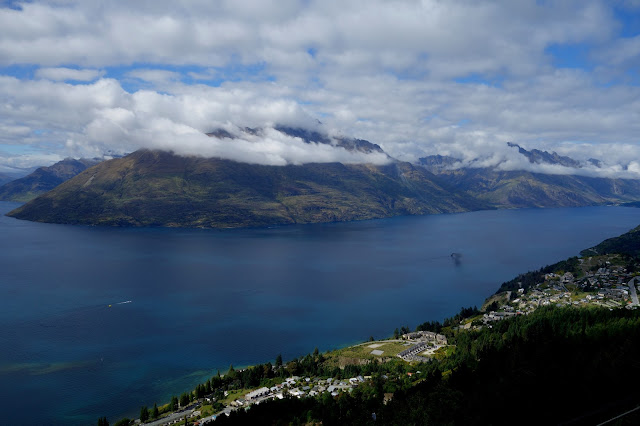 and some serious "fun" bungee jumping- 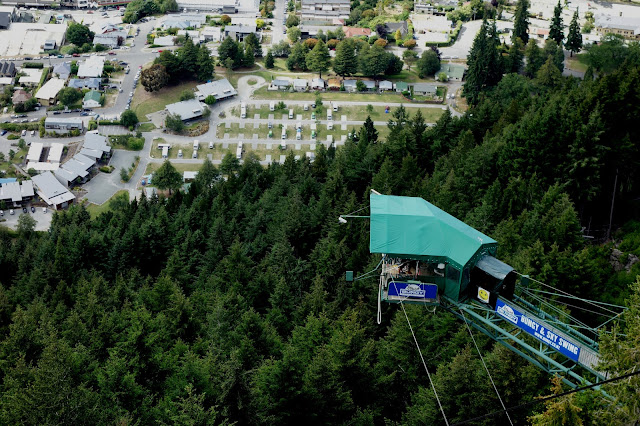 did not catch the jump on camera but did get a shot of the jumper coming up- even just watching literally took my breath away! 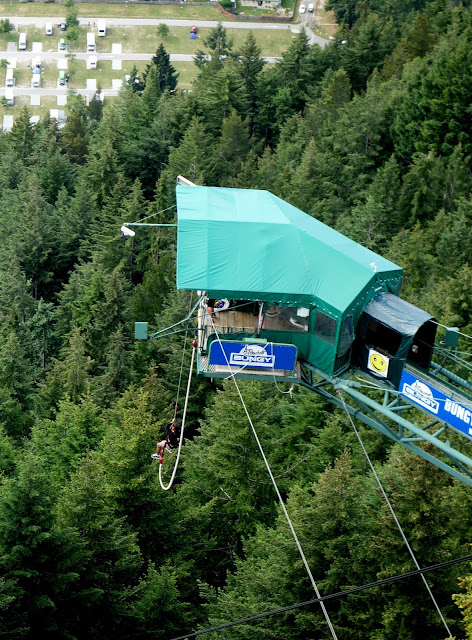 here a closer in photo of the return 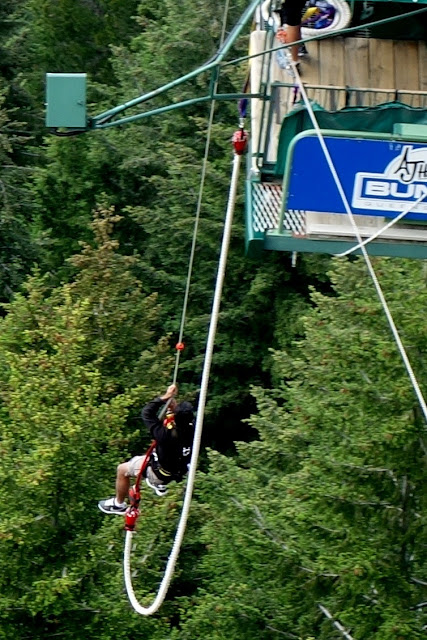 then some views from the observation deck at the top- 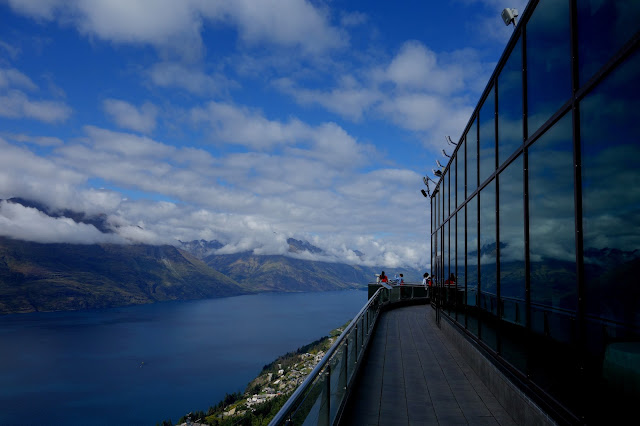 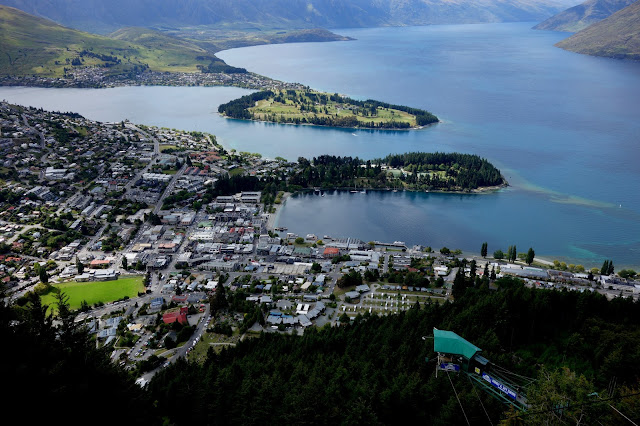 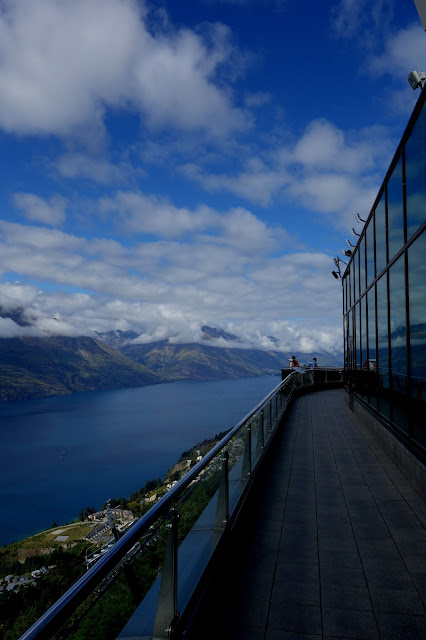 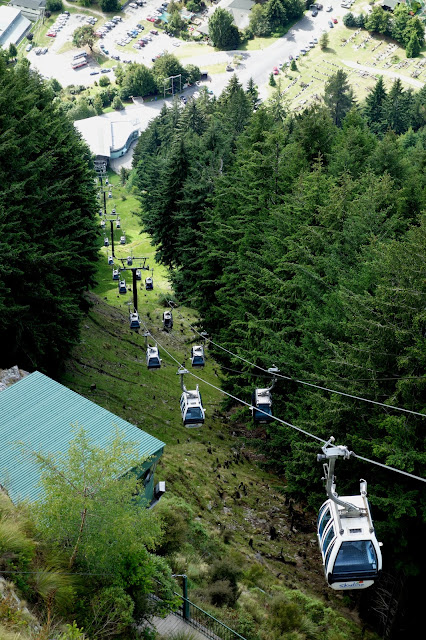 Logan, you may recall, was our driver on the north island-  and he was quite the outdoors man.  on the night we went to Te Puia (the Maori folkloric place) he asked if I saw the kiwi (as they have two in captivity there) and i replied that I saw one of them and that it was very cute but I didn't see the other and the whole place was quite dark (they are nocturnal) so it was hard to see anything.  he chuckled and told me that in all his years of hunting and fishing and camping he had NEVER seen one- and this guy was pretty old... he told me that he had heard them but never seen them- they breathe through nostrils way up near their head even though they have fairly long beaks because they use the beaks for getting worms and grubs etc out of the ground- so they make a snuffling sound as they forage- he heard the snuffling but never actually saw one in literally multiple decades of outdoor activities- amazing--- so the few they have they definitely want to protect!

Kiwi are flightless birds endemic to New Zealand. At around the size of a domestic chicken, kiwi are by far the smallest living ratites and lay the largest egg in relation to their body size of any species of bird in the world. There are five recognized species, two of which are currently vulnerable, one of which is endangered, and one of which is critically endangered. At present, the greatest threat to their survival is predation by invasive mammalian predators. 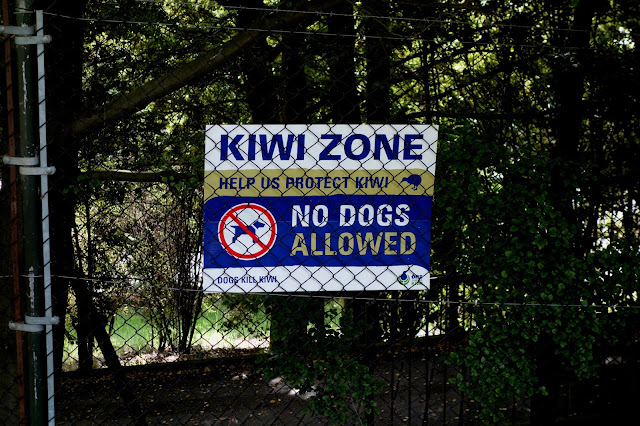 here is a photo of one from a google search: 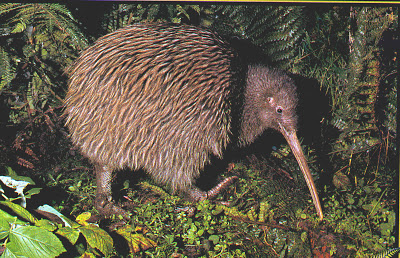 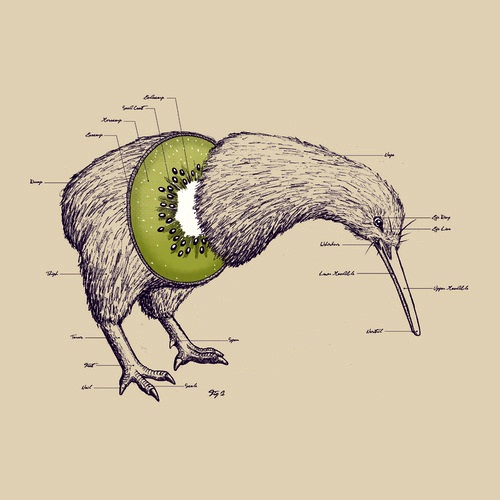 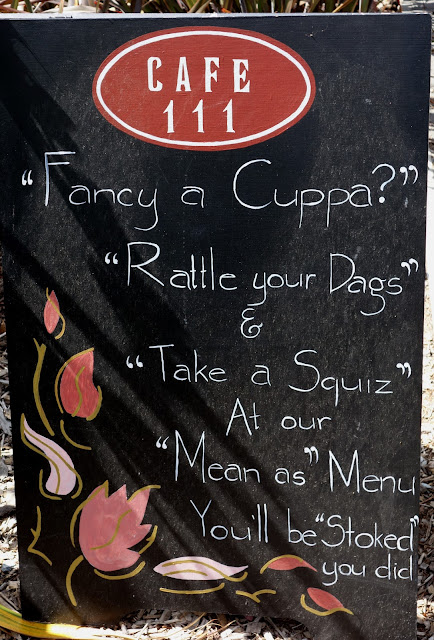 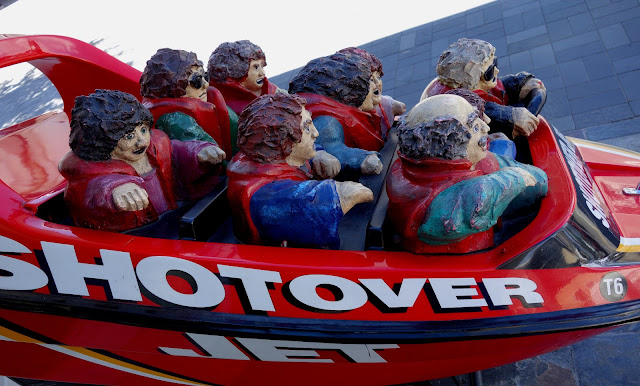 these are the folks who run their jet boats down below our hotel rooms which overlook the Shotover River-  we are heading out of town for the Dart River - more in the next post....
Posted by TOR at 5:44 PM