let's start with the map-  we left Fox glacier (bottom) this morning and we are headed by the end of day to Greymouth (top) and located conveniently in between is Pukekura home of the Bushman's Centre and Possum Pete... 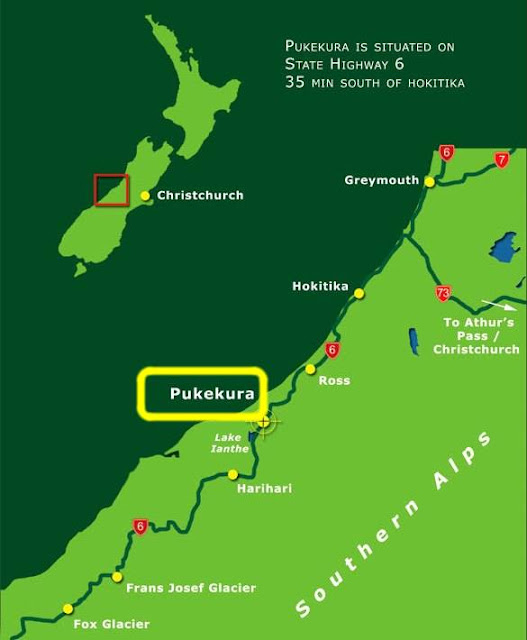 THE BUSHMANS CENTRE MUSEUM
The Bushman’s Centre established in 1991 moved to Pukekura 1993. It was set up by Peter Salter and his son Trevor Salter to show visitors to the region how the local people used the forests. It depicts the fur trapping days when people caught possums for their furs.
We have three live possums resident in the museum for you to see and feed. Although possums are nocturnal our possums have learnt to be awake during the day if there are people about because visitors bring food!
We have a 20 minute DVD screening on the deer industry showing amazing footage of the hunting and capture of deer which culminated in the multimillion dollar dear farming industry that is seen throughout NZ today.

and by the way the misspelling is theirs not mine- LOL - so we first got to see the DVD - which was certainly a "point if view" video- but did show some amazingly stupid things like men jumping off of helicopter landing rails onto the back of terrified running deer-  all in all there were some seriously loathsome things depicted but there was also some incredible footage of amazing helicopter piloting as well- so I would vote it worth a stop. 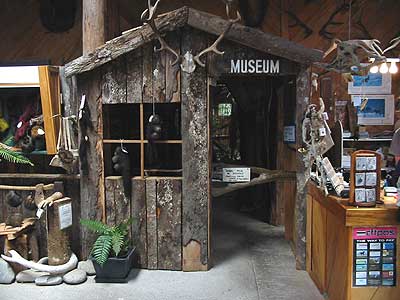 here is a bit more about the place-

THE BUSHMANS CENTRE CAFE
The Bushman's cafe; caters for breakfast and lunch stops with a large range of food baked that morning on the premises.
It has become the lunch stop of numerous tour companies.

Wild food such as possum, venison and thar are served across the road at the Puke Pub Wild Food Restaurant.
I won't make any comment on the naming of the Pub.  I'm just sayin maybe they shouldn't name it Puke- here is the cafe: 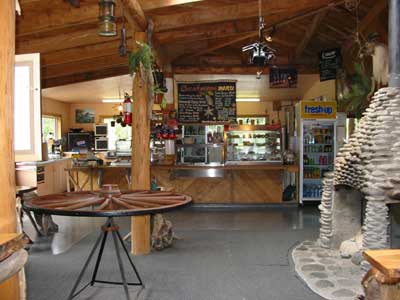 above- their website shot; below some of my own photos: 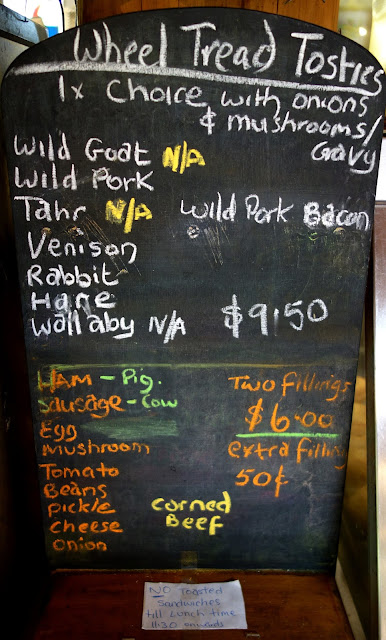 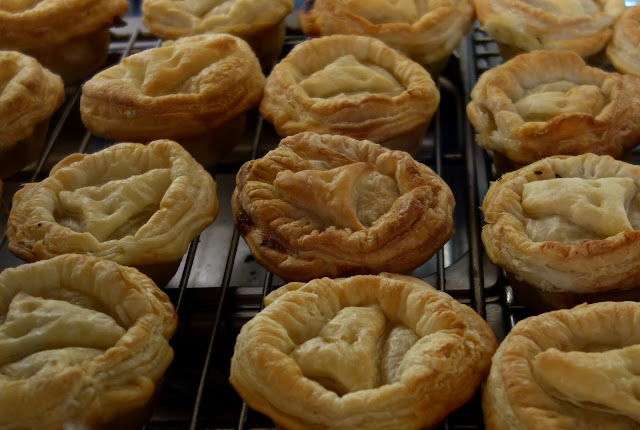 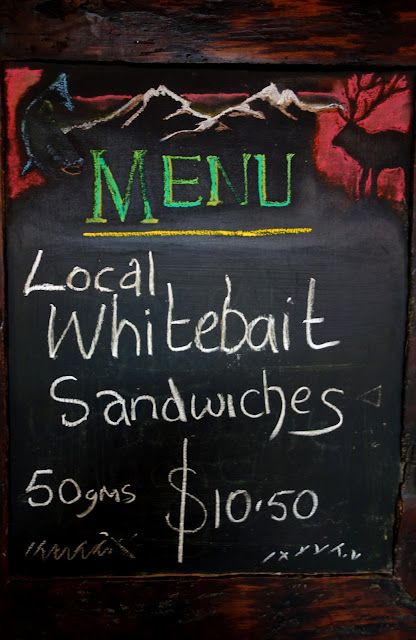 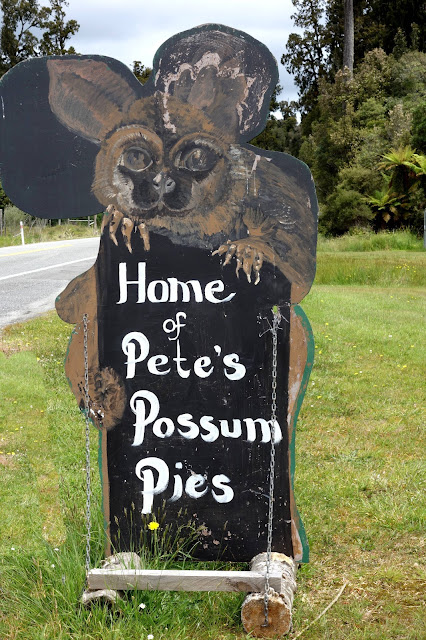 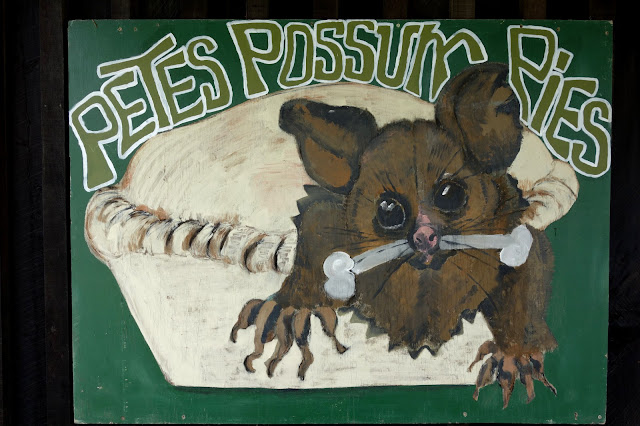 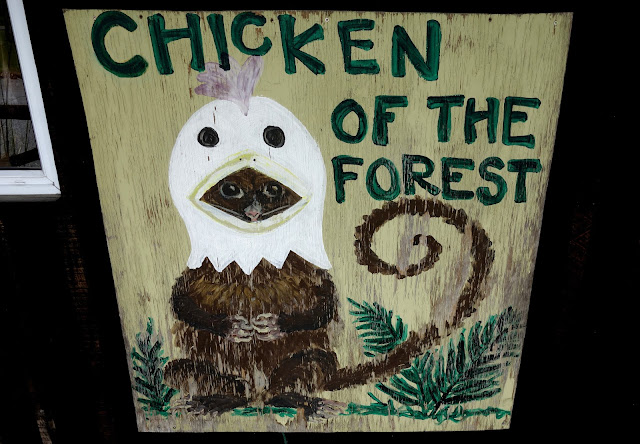 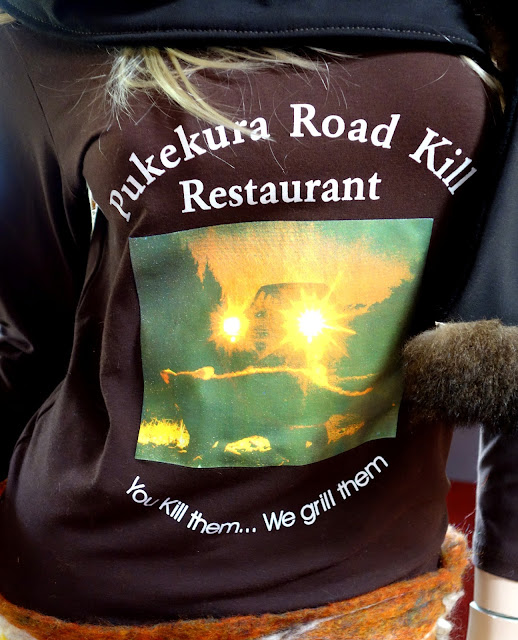 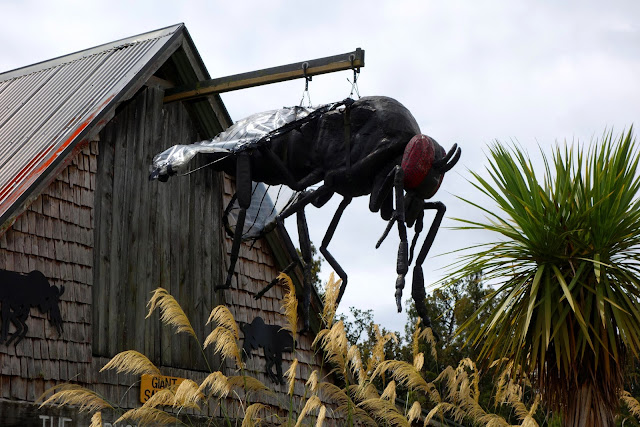 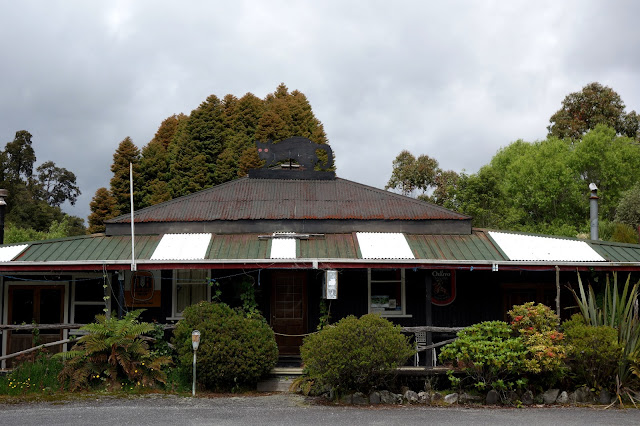 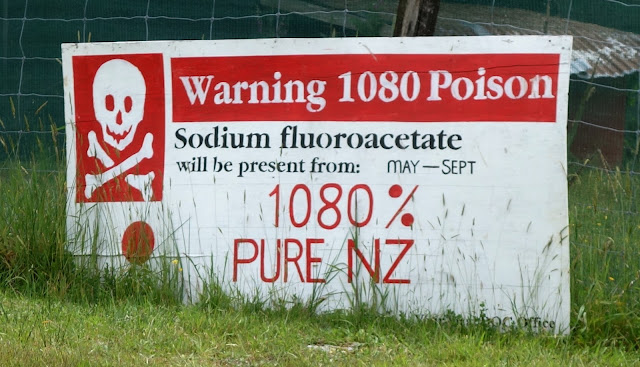 and just in case you don't know what they look like- here is a close up! right there hanging in front of the Bushman's Centre.... 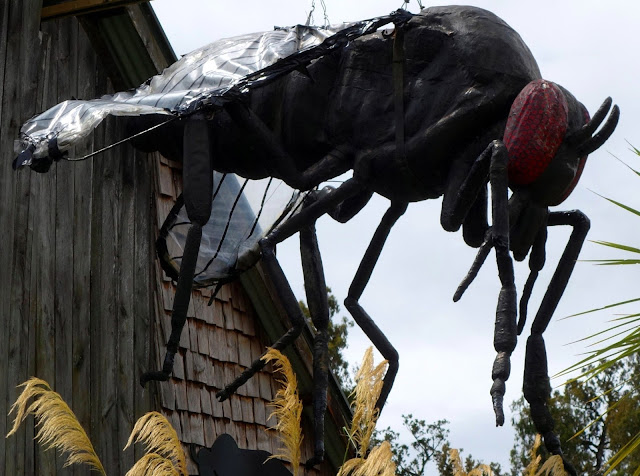 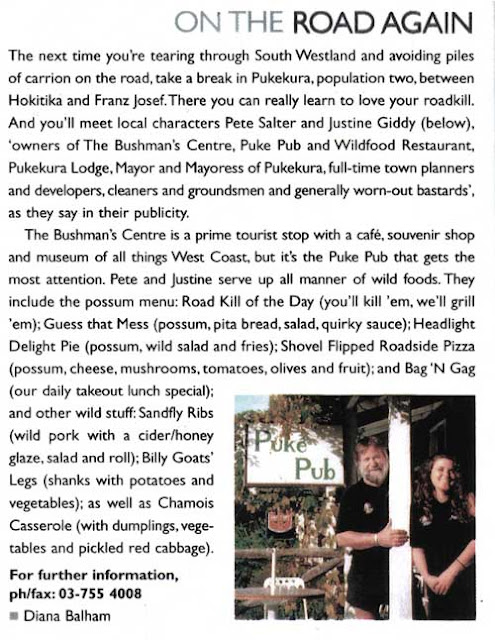 and then the details on the Pukekura population from the website:

Pukekura, population 2 Pete & Justine: Mayor and Mayoress, law enforcement officers, cook and cleaner, gardner and rubbish man, doesn't sound so glamorous now does it?
We are the two who keep this beautiful little settlement in the bush, on state highway 6, running and developing.  Some days you may catch us stressed out, most days we're worn out, occasionally we pass out, but usually we are never out. We're here to make your stay in Pukekura a pleasant and memorable one.  The population swells during school holidays with the arrival home of family members, referred to as slave labour.


here are photos of Pete and Justine from the website: 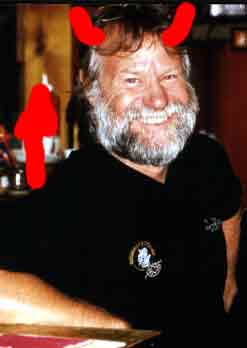 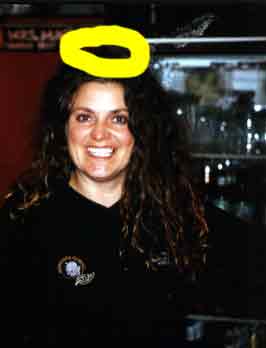 so now we have exhausted my information about this worthy stop along the wild west coast of NZ...

oops I lied- I have two more photos from Pete's compound of some menagerie members: 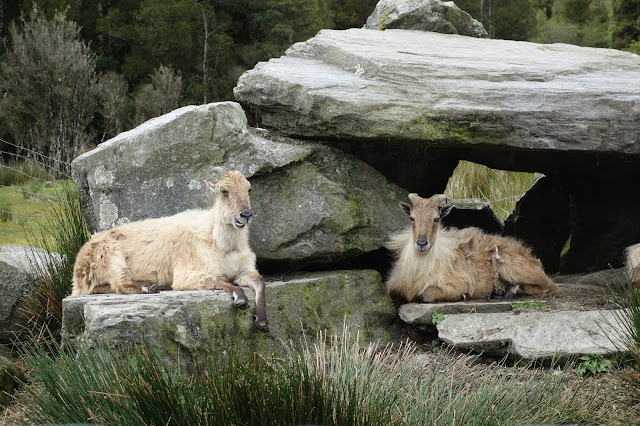 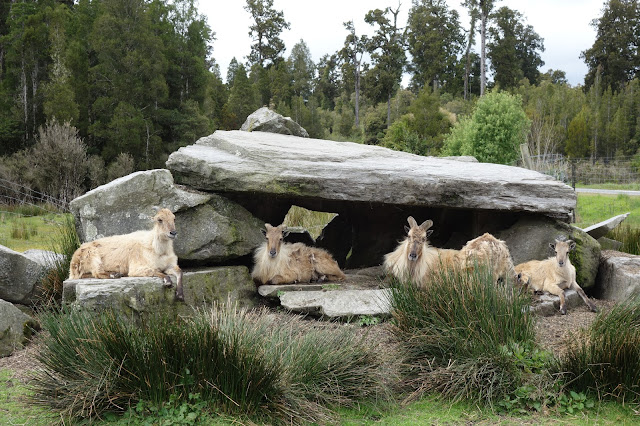 and with that I am well and truly done!
Posted by TOR at 3:49 PM