we do finally arrive in Greymouth

but not before we get to make another ice cream stop! and Mike takes us on another hike- this one shorter...

here is our post lunch map-starting from the bottom (Harihari for lunch, up toward Ross with the Pete stop along the way) we are heading for Holitika- and then finally Greymouth. 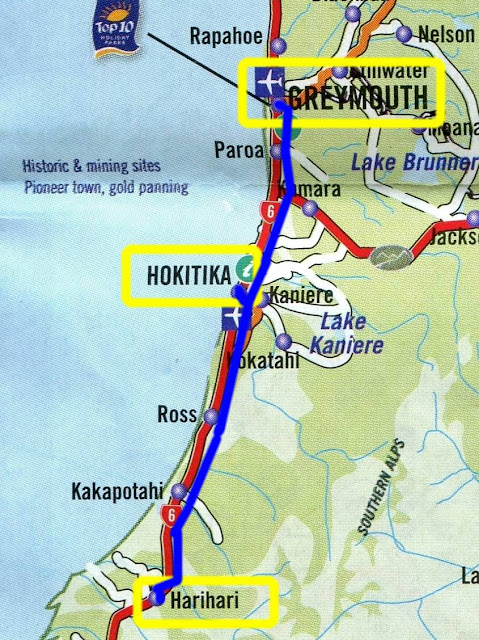 called Sweet Alice's they have fudge and candy and ice cream! 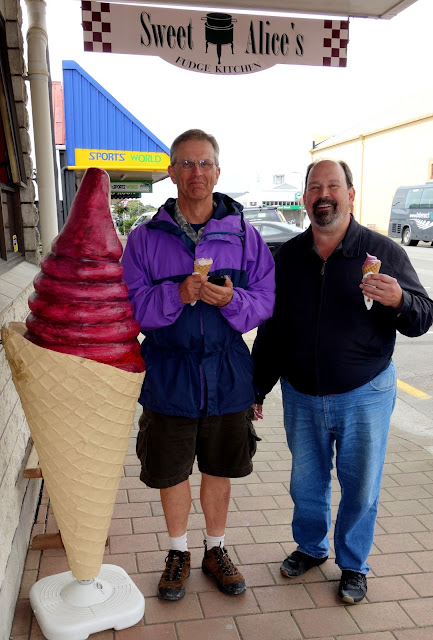 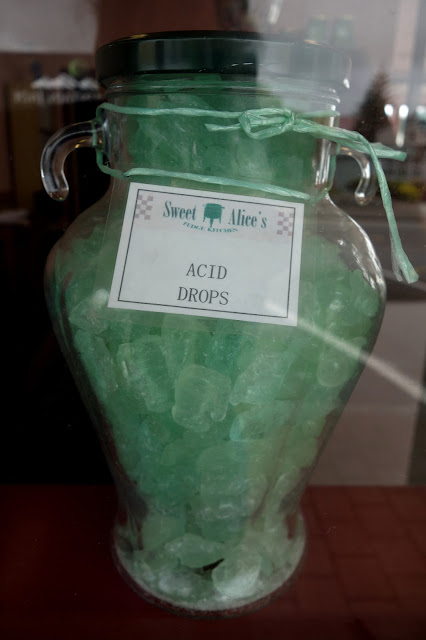 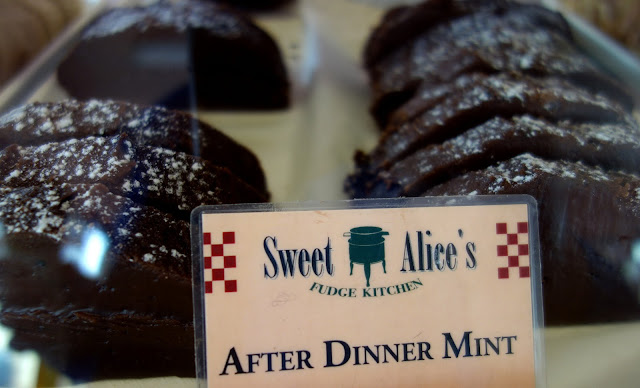 and a cash register that never fails when the power goes out! 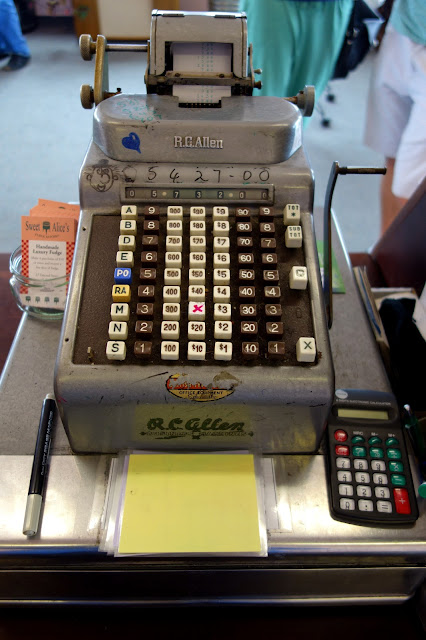 En plein air (French pronunciation: ​[ɑ̃ plɛn‿ɛʁ]) is a French expression which means "in the open air", and is particularly used to describe the act of painting outdoors, which is also called peinture sur le motif ("painting on the ground") in French.

the above from wiki-pedia of course- but she told me that she was driving near the glacier one morning (a dark and stormy day) when she was particularly taken with the light- the brooding clouds the deep green of the forest etc... and it looked very much like the weather we had this morning on the trip that I knew this was the one I had to have- we negotiated a price and I got my painting wrapped up in a tube for transport... 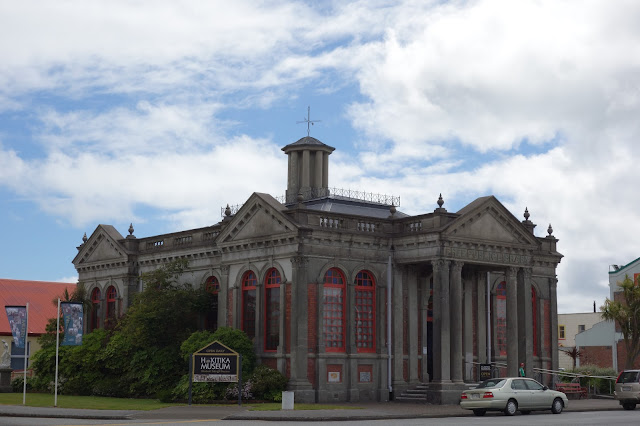 then on to a nearby beach/lookout point - 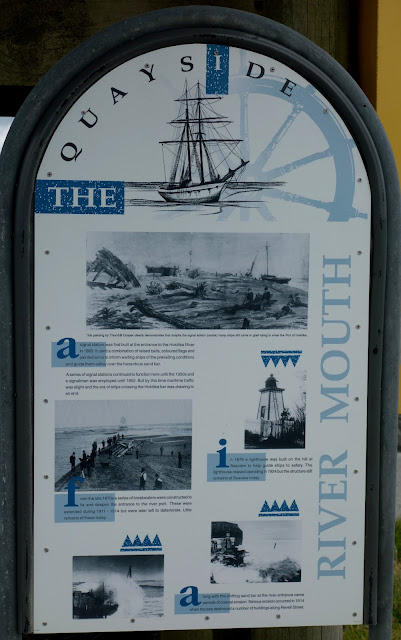 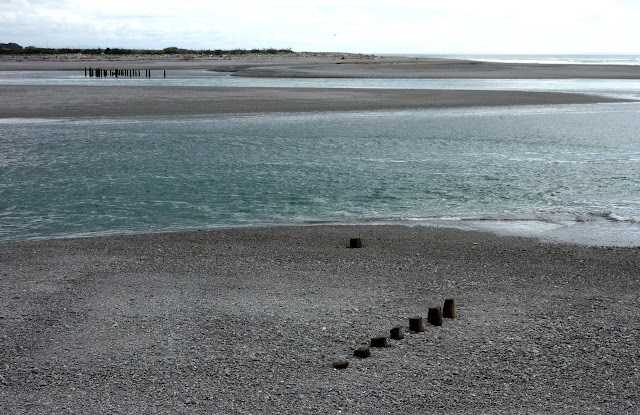 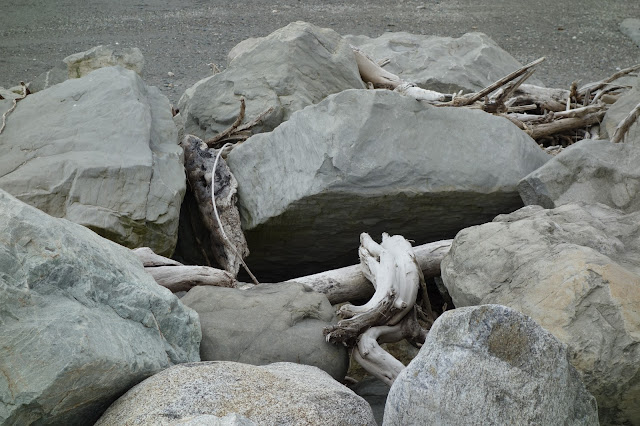 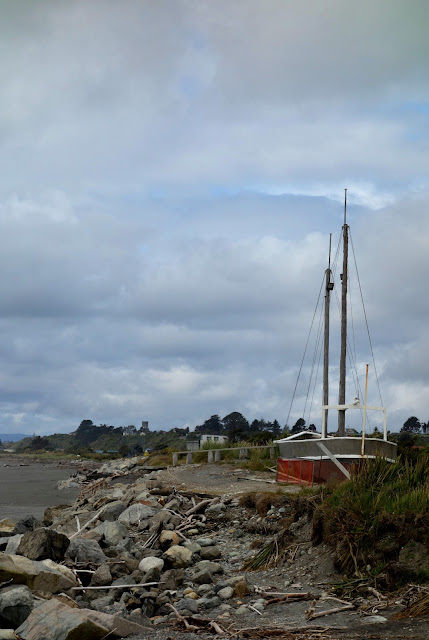 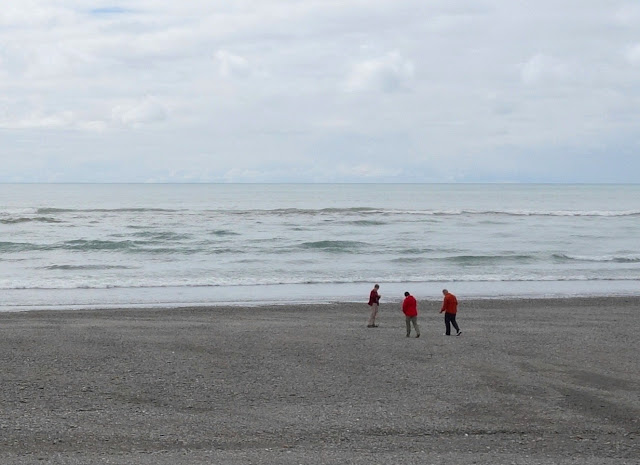 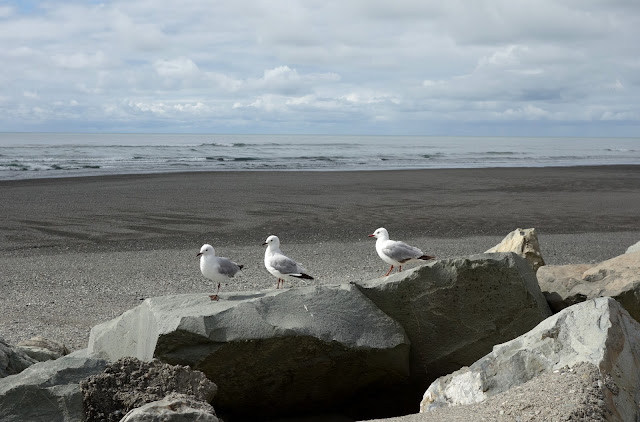 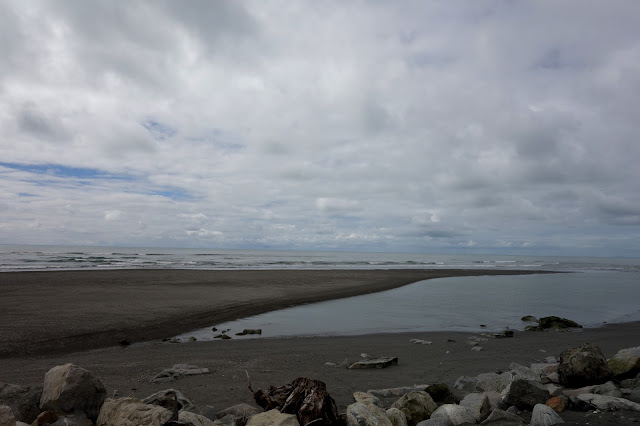 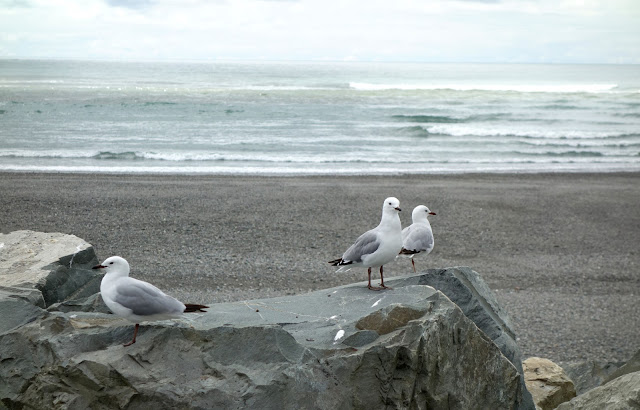 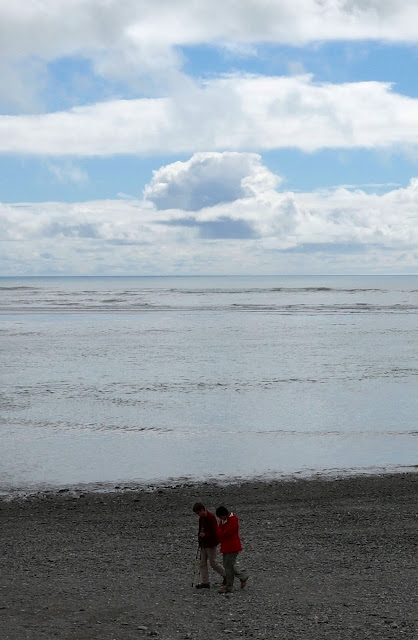 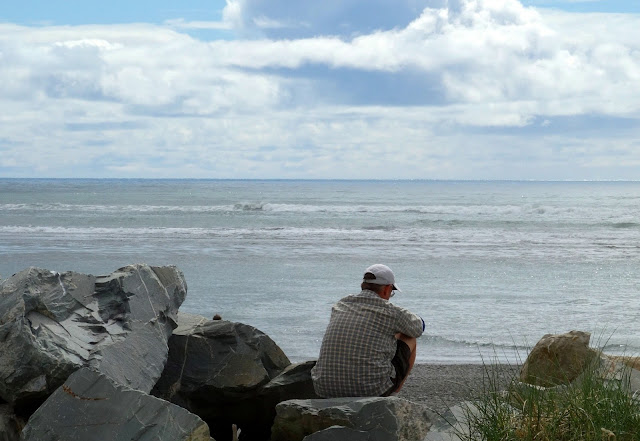 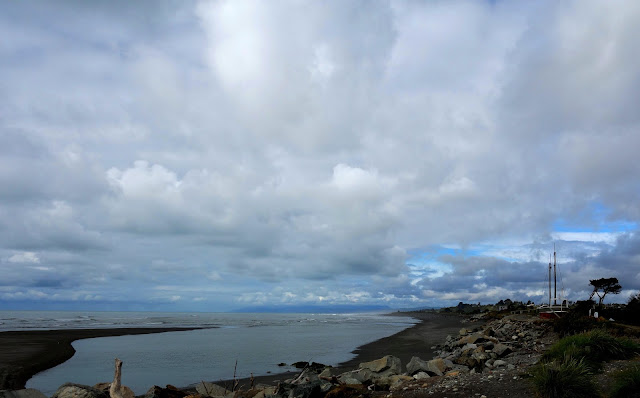 we get back in the bus and Darryl gets us to Greymouth in one piece- to the not so great hotel too far outside of the small town of Gerymouth to walk into town- we have dinner at the hotel where the three choices could not be explained by the waiter- however we did have a good conversation with Darryl about living through the Christchurch earthquake- which made the medicore food and bad service less noticeable...

two nights in this place and there is no airconditioning- each room has an oscilating fan - I would give this one no stars out of four... of course we are only sleeping here- but seriously is it possible there is NO other decent hotel in town when this has more than 10K people in it...

here is the wiki entry and photo: 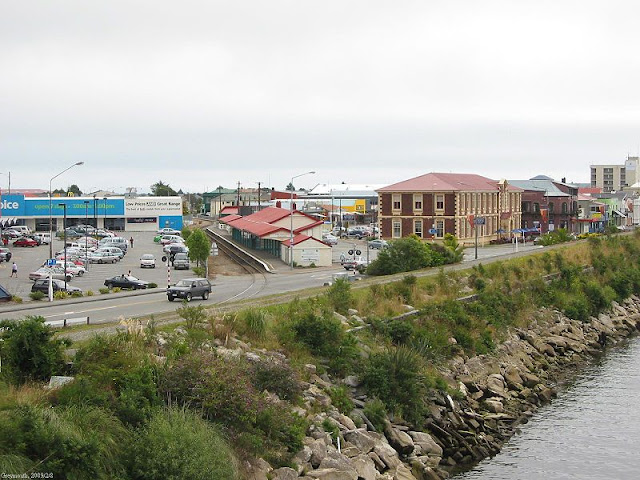 The town's major industries include fishing, mining, forestry, and ecotourism, the latter two of these industries holding an uneasy relationship with each other. The Pancake Rocks at Punakaiki, 45 km to the north are a popular local tourist attraction, while many also pass through on the route to or from the glaciers to the south.

Greymouth is also known for its Pounamu ("Greenstone", a form of Jade) carving industry which goes back to Māori origins. The town also has a local brewery, Monteith's, which produces beer since 1868, now sold countrywide.