We learned many of these things along the way in various "presentations" on trains, on boats, in locks, etc... but one resource had so much valuable information that I am going to give them kudos for the most readable information about Lake Superior (the lake we will be circle touring for the entire DART trip) that I am mostly going to cut and paste highlights from it- that resource is the Minnesota Sea Grant - Superior Facts | 3-quadrillion gallons, one Great Lake

At the end of the post I will include the hyperlink so you can go directly there if it is of interest...

and some more info of note-

Lake Superior:
◾is the largest freshwater lake in the world by surface area and the third largest by volume (Lake Baikal in Siberia and Lake Tanganyika in East Africa contain more water).
◾could hold all the water in the other Great Lakes, plus THREE MORE Lake Eries.
◾is a geological newcomer (only about 10,000 years old).
◾is exhibiting a trend in summer surface temperature. Per decade since 1980, surface water temperature in summer has increased about 2 °F (1 °C), while regional air temperature has increased 1 °F (0.5 °C).
◾is managed through a bi-national agreement involving Canada and the U.S., and by the Province of Ontario and the states of Minnesota, Wisconsin, and Michigan.
◾holds 10% of the world's fresh surface water that is not frozen in a glacier or ice cap.


Lake Superior can modify the daily weather through a phenomenon known as "lake effect." Compared to inland temperatures, shoreline temperatures can be noticeably warmer in winter and much cooler in summer. This is because water is slower to absorb and release heat than land. The "lake effect" can also super-size storms by adding moisture and speed to wind passing over the lake. Michigan's Upper Peninsula is typically buried under six times more snow each year than downtown Duluth because of the lake effect. In summer, a dome of high pressure can form over the lake pushing approaching storms to the southeast. The dangerous "Gales of November" occur in autumn when low-pressure systems pass over the lake. Wind speeds can easily reach 50 mph and gusts can exceed 100 mph. Fog hides Duluth under a heavy blanket for 52 days in an average year (by comparison, Minneapolis averages 11 days). Fog forms when temperature and dew point differ by less than 4 °F (2.5 °C). As the moisture in warm air condenses over the colder surface waters, advection fog rolls into Lake Superior's coastal communities. Sea smoke occurs when seriously cold air moves over relatively warmer water during winter.

Here is a photo of lake effect snow- quite a dramatic illustration! 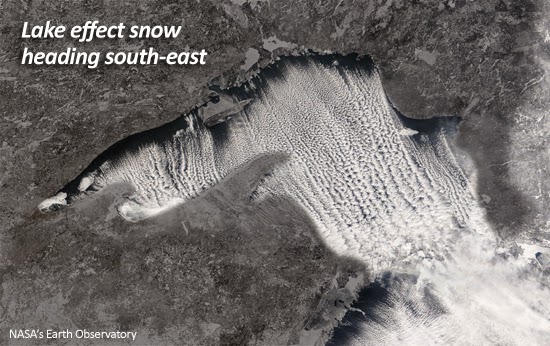 Terms to Know- some of these I will mention again-
Seiche: (pronounced "saysh") Also called a slosh. These "free standing-wave oscillations" rocking back and forth across lakes are created by wind or air pressure. You can set up a similar motion in your bathtub by sliding back and forth.
Soo Locks: A set of 5 locks on the St. Marys River separating Lake Superior and Lake Huron.
Lakers: ships designed especially for transport on the Great Lakes.
Salties: Ocean-going vessels from all over the world.
Lake Effect: The ability of a large lake to modify the local weather.
Lake Superior Agate: Minnesota's official state gemstone. Quartz stones banded with rich reds and oranges (derived from iron ore in the soil) formed in the gas pockets of lava flows. Glaciers dispersed them in the last Ice Age.
Taconite: Sedimentary rock mined for its iron content of 25-30%. It is an important source of raw material for making steel. 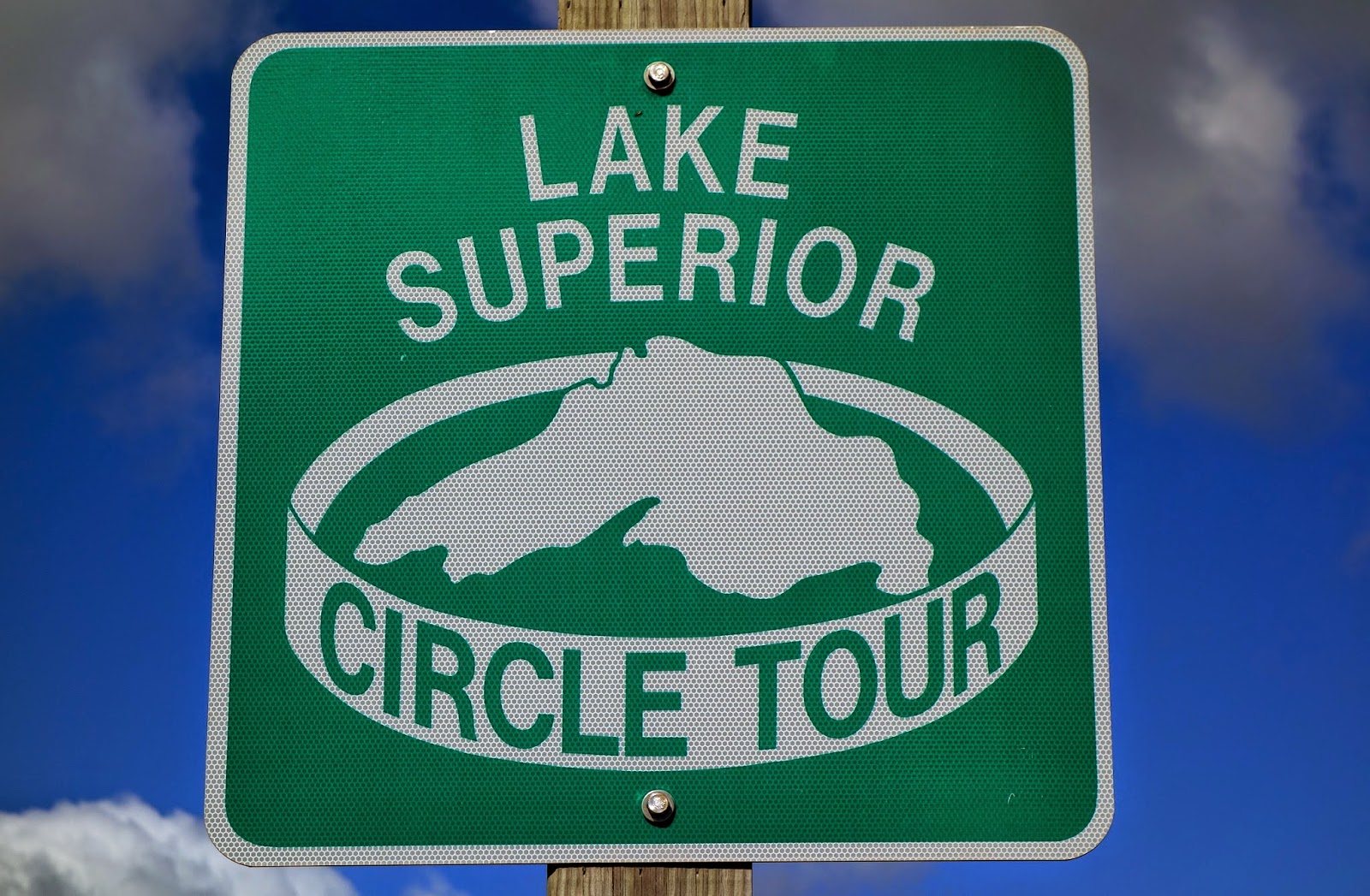 So here is the map we used to guide our route and some of the mileage information and the map's own facts about the lake- (sorry about the crinkles - my scanner tried to eat it and so those are NOT mountains- they are scanner damage LOL- I ended up having to cut the map into pieces to get it scanned...boo hoo ) 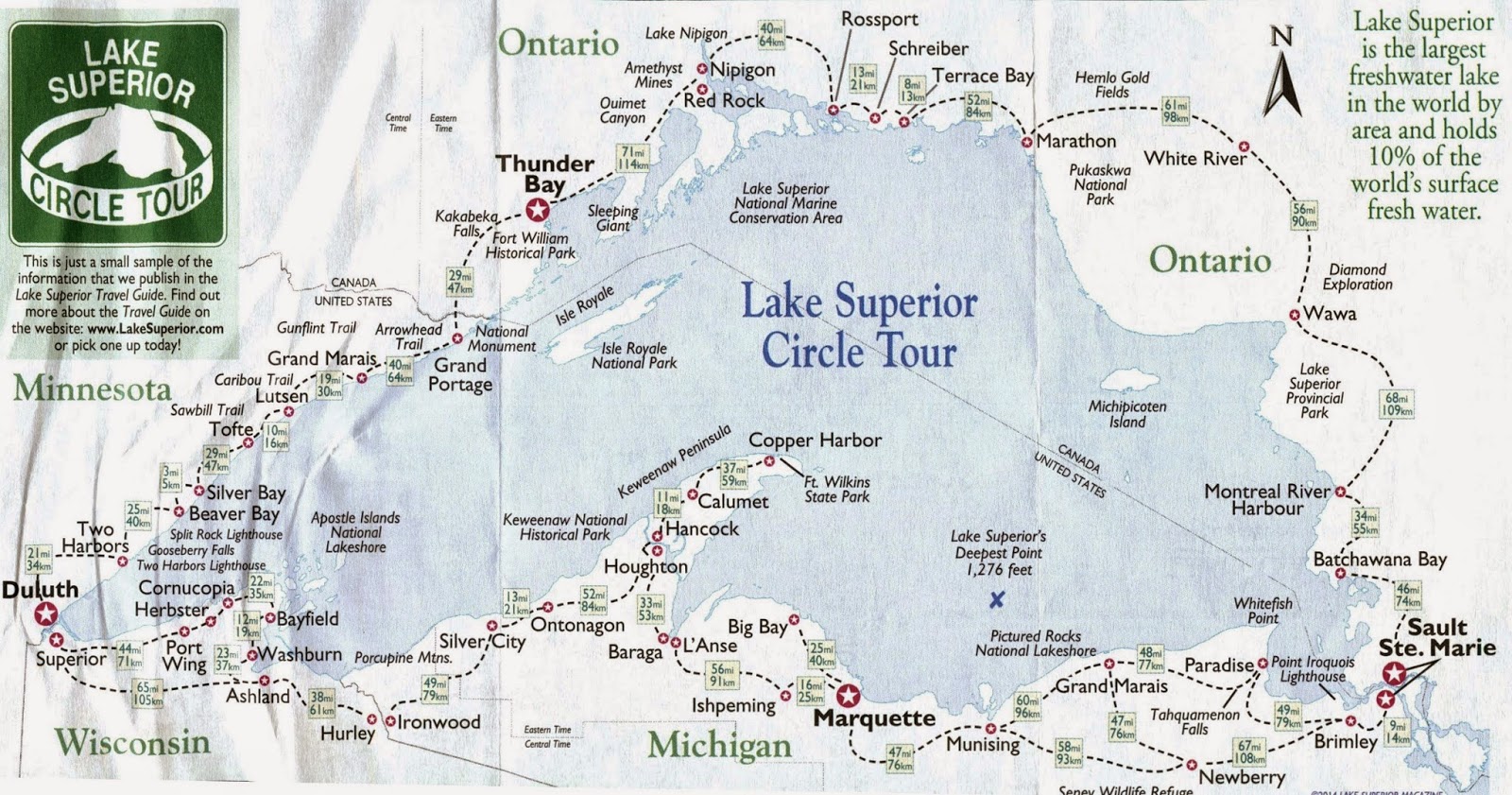 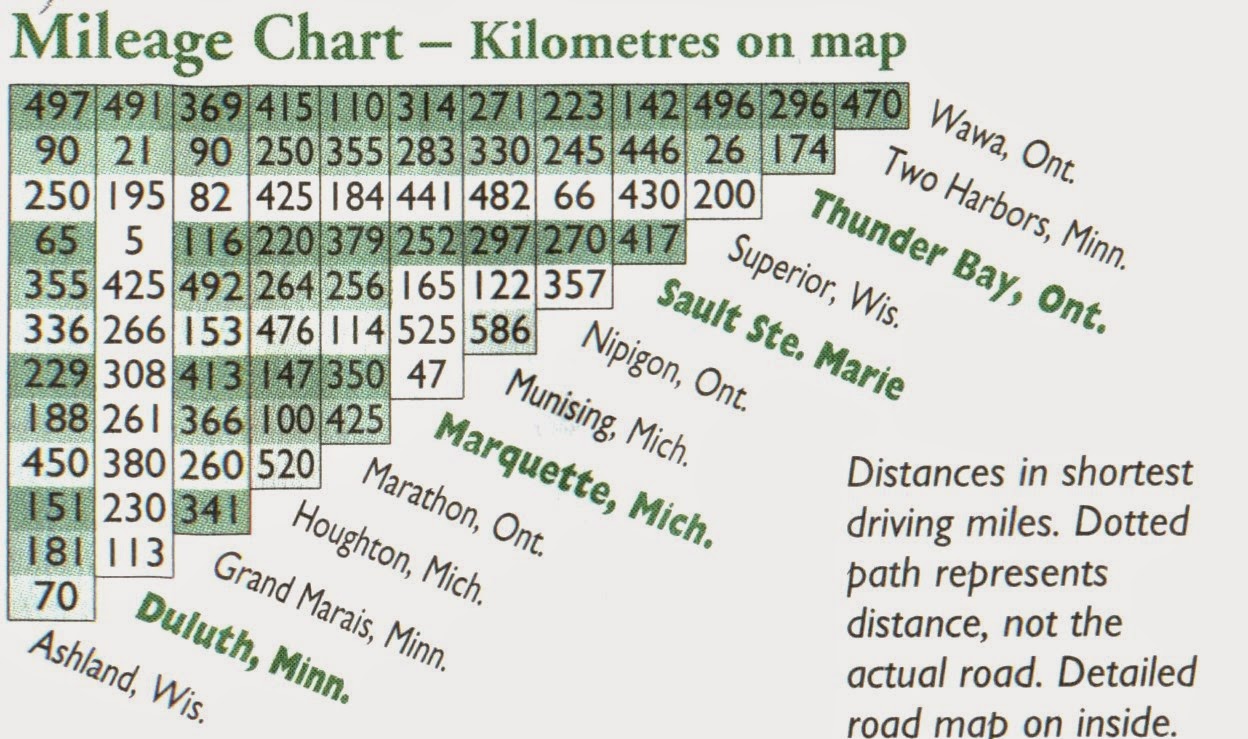 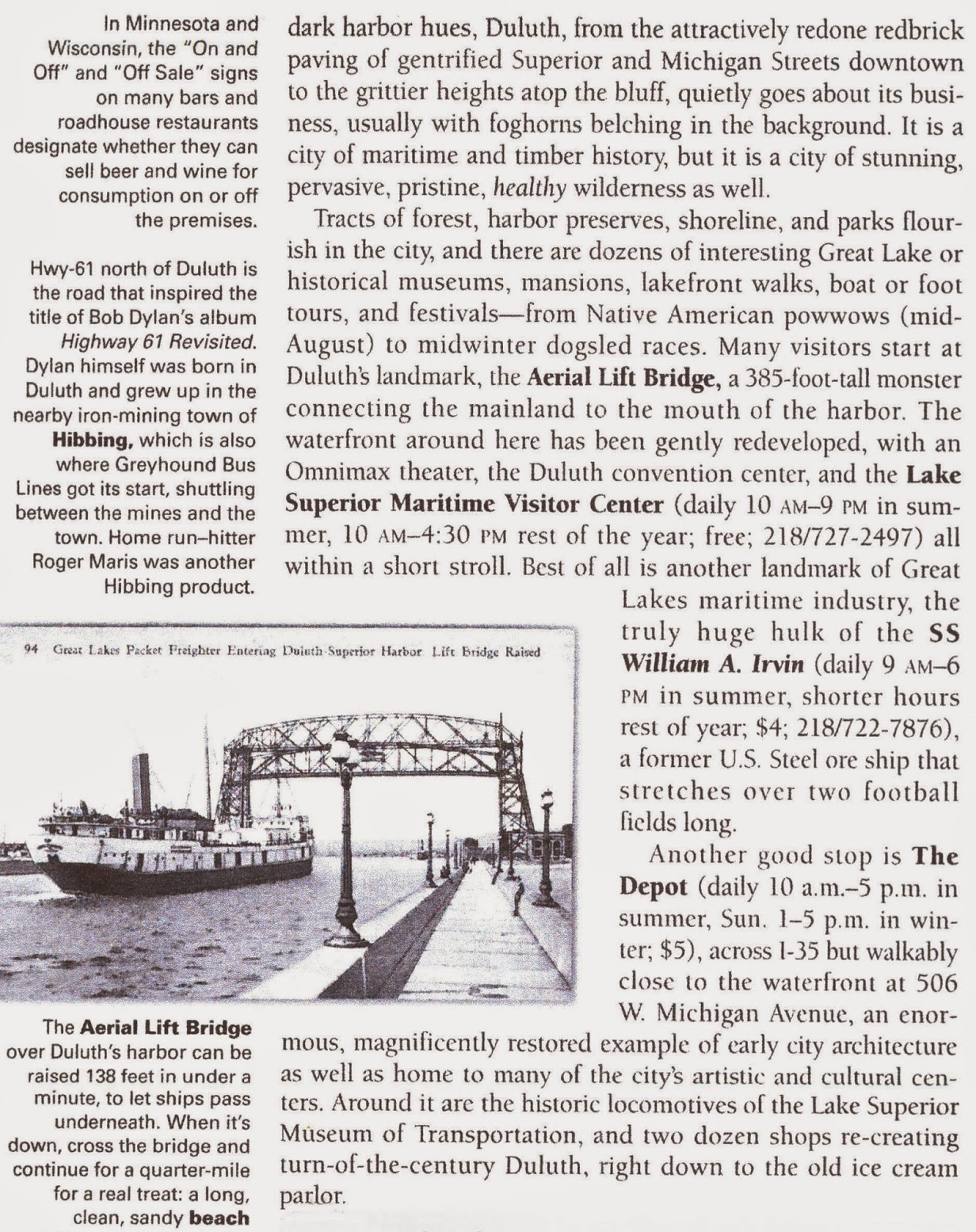 so off we head into the environs of Lake Superior! look forward to a trip down into a mine, an eye opening visit to a High Energy Physics Lab and many other adventures! Stay tuned!
Posted by TOR at 5:55 PM