Class number two of my "Insider's View of the Arts in Sarasota" was chock full of information- hundreds of names flashed before us as the instructor tried to put two hours of slides in about an hour and ten minutes.....

we did a quick run through of the founding of the Sarasota arts scene via John Ringling's acquisition of the only Rubens painting cycle outside of Europe and the Ringling Museum was purpose built to house it.  Unfortunately the art museum drew many fewer visitors than the circus museum. John & Mable Ringling brought the arts to Sarasota in the 1920s.  The Sarasota Arts Association was founded in 1926. The Sarasota Opera was founded the same year.

But it was the post war era when it really began to flourish, as an artists colony was started here and then it became several artists colonies and a number of schools offered artists employment and studios were built in several locations. The GI bill funded a number of arts schools and at one point there were 45 arts schools in the area.  A wonderful collection of mid century Sarasota artists is housed at the Van Wezel Center for Performing Arts.  That generation of artists were "work at home" artists and provided art work for the Saturday Evening Post and Life Magazine and many others including advertising art of the era.

one of the artists colonies was located in the Hillview section of Sarasota (behind Morton's market) and it is there the famous Round Studio is located- it has been the residence/studio of successive artists since it was built. On Riverwood, near Riverview High, it was built in 1960 by Hilton Leech, one of the town’s famous old Bohemian painters, for use as a studio and place to give art classes. The architect was Jack West, from the Sarasota School. Yes, it is completely round. You have to be a math major to figure out the square footage, but it’s around 2,500.

There is a Sarasota School of Architecture with eight or so major names of those who designed mid century modern with walls of glass and flat roofs and jalousie windows and louvers for shade...

here is some info on them from wikipedia-
Sarasota Modern, is a regional style of post-war architecture that emerged on Florida's Central West Coast. Many of the architects who pioneered this style became world renowned later in their careers, and several significant buildings remain in Sarasota, Florida today.  Sarasota School of Architecture is characterized by its attention to climate and terrain. Large sunshades, innovative ventilation systems, over sized sliding glass doors, floating staircases, and walls of jalousie windows dominate many of these buildings, mostly built between 1941 and 1966. 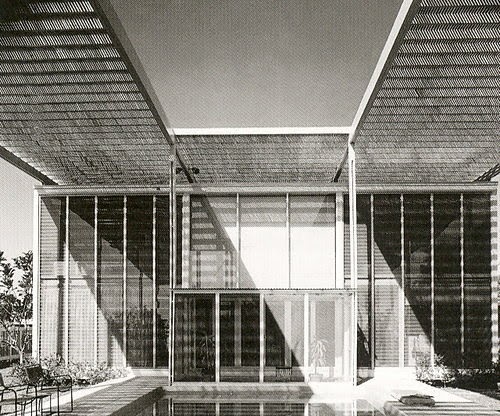 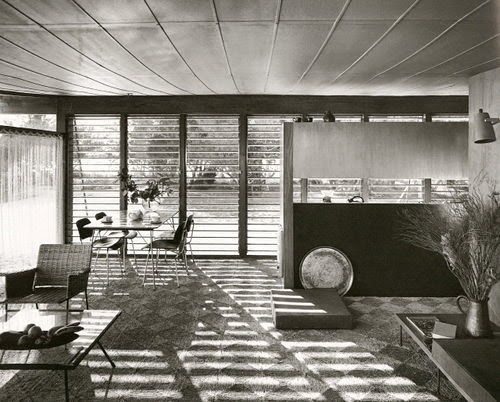 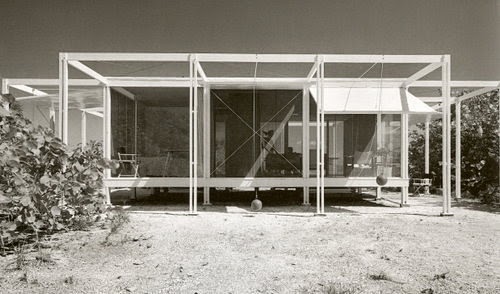 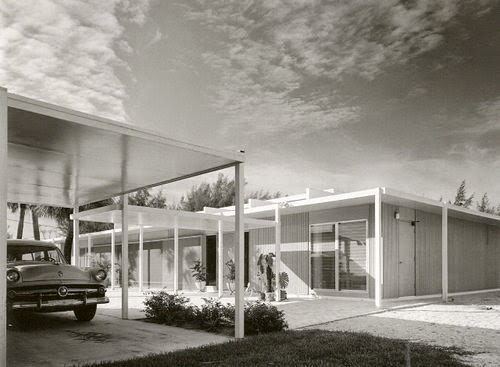 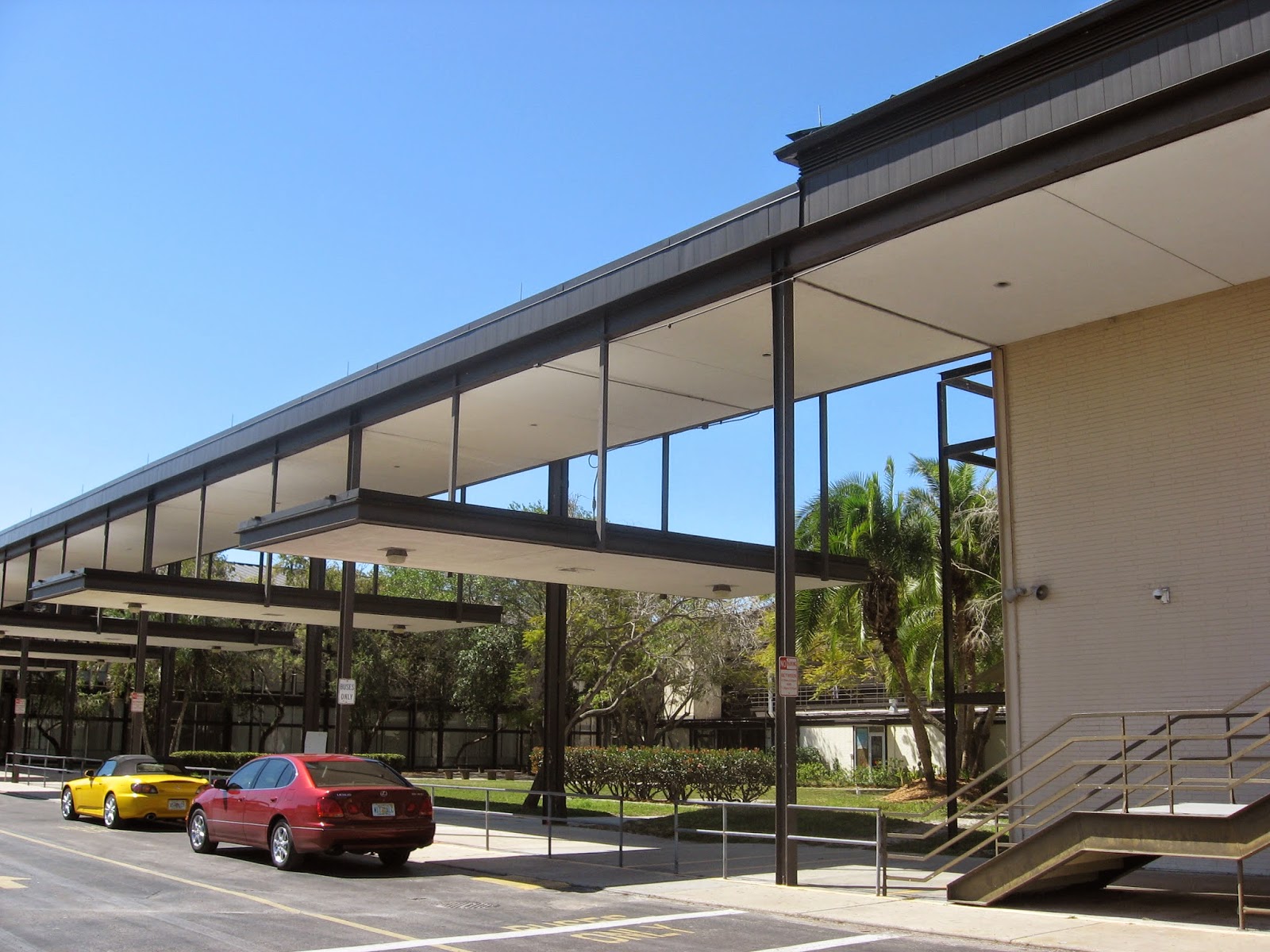 Syd Solomon arrived from NYC in 1946 and did lots of networking between the Sarasota (SRQ) artists and NYC galleries and museums.  Many artists currently living and working in the area are second or third generation artists from the earliest days of the arts scene here.

Martha Hartman and Beth Arthur were among the women artists who felt excluded by the male dominated scene and so they formed their own society "the Petticoat Painters" limited to twenty painters- in order to be admitted someone needs to die to create an opening before a nominee can join after competing to gain a place. s/ART/Q is a local incubator to young artists who need support because studio space is so expensive in the area.

The artists in Sarasota were never starving artists because many worked in the art schools located here- including the (and this isn't a joke) Famous Artists Correspondence School from matchbook covers of years ago... LOL - I know it isn't a joke but I laughed anyway- "can you draw this?" - apparently 90 artists (including Norman Rockwell) worked "at" the school which was founded by local artists Ben Stahl.  here is a wikipedia blurb on some of his background-

Benjamin A. "Ben" Stahl (September 7, 1910 – October 19, 1987) was an American artist, illustrator and author. He showed precocious talent, winning a scholarship to the Art Institute of Chicago at age twelve. His artwork appeared in the International Watercolor Show at the Art Institute when he was sixteen. He later taught at the Art Institute, as well as at the American Academy of Art, the Art Students League of New York, Brooklyn's Pratt Institute and at various universities.  His work appeared in Women's Home Companion, Cosmopolitan (magazine), American Artist, North Light, Esquire, the Chicago Tribune Magazine, Picture Post, Southwest Art and in some 750 stories in The Saturday Evening Post. He was featured in the 1976 television series Journey into Art with Ben Stahl, 26 half-hour programs consisting of lectures and painting demonstrations by the artist. Stahl was one of the founding faculty for the Famous Artists School.

Ben Stahl was also the subject of the second biggest art heist of the 1960s- when his stations of the cross - fifteen (6' by 9') paintings were stolen from a purpose built Museum of the Cross. This is still an open case...  In 1965 Stahl opened the Museum of the Cross in Sarasota, Florida, to house a second, much larger set of The 15 Stations of the Cross, each measuring 6 x 9 feet. In April of 1969 all 15 painting were stolen. The second largest art theft of the decade, with the value being assessed at over $1.5 million.

by the end of the class I should have a broader understanding of the wealth of cultural options available in our winter home town!... and coming this weekend- Forks & Corks-