so on Saturday I went to see the performance at the Historic Asolo Theater of ETHEL called "Documerica".

First- here is the theater as I was awaiting the start of this unusual performance by the string quartet ETHEL... 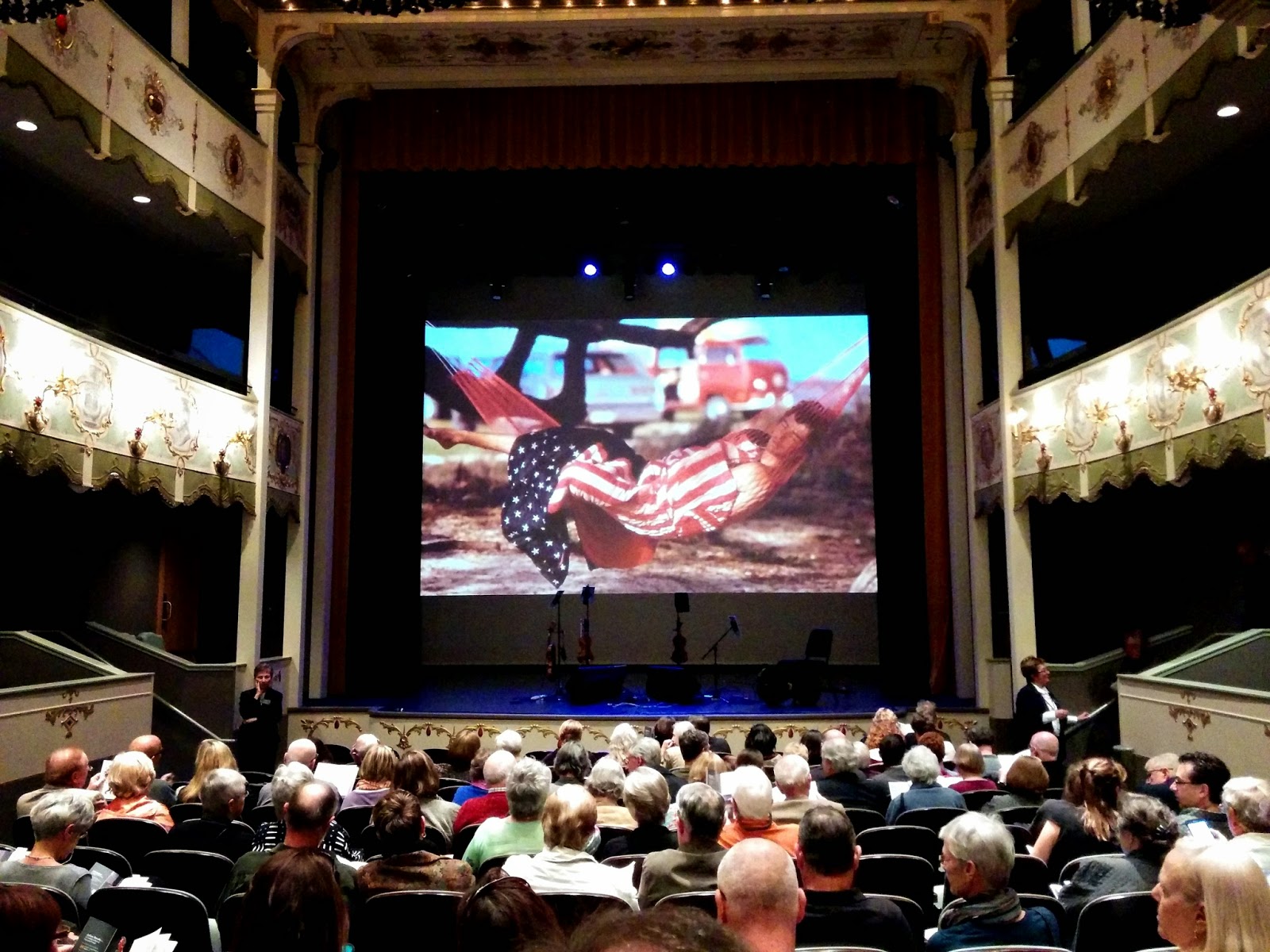 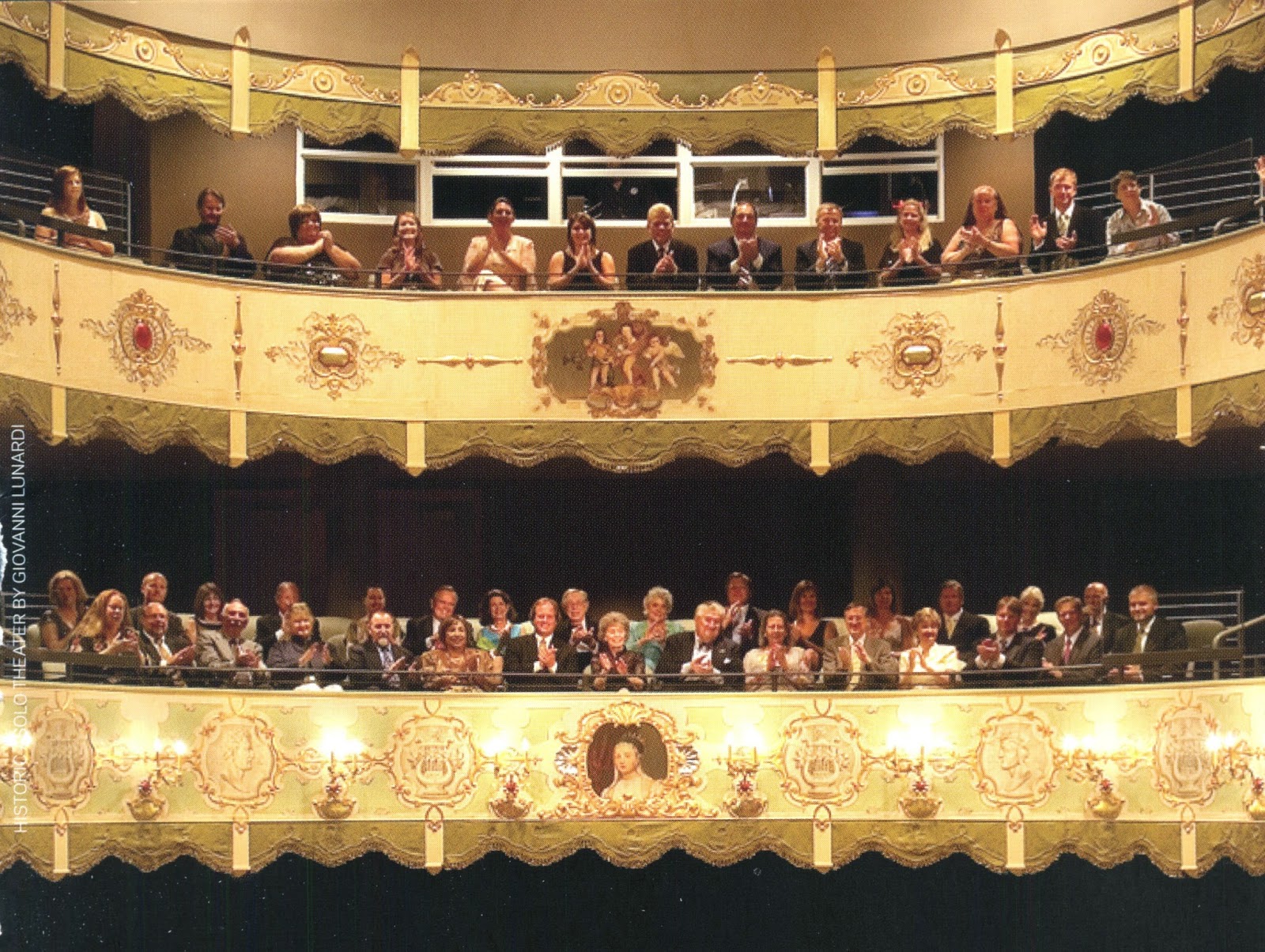 and here is some information about the performance- 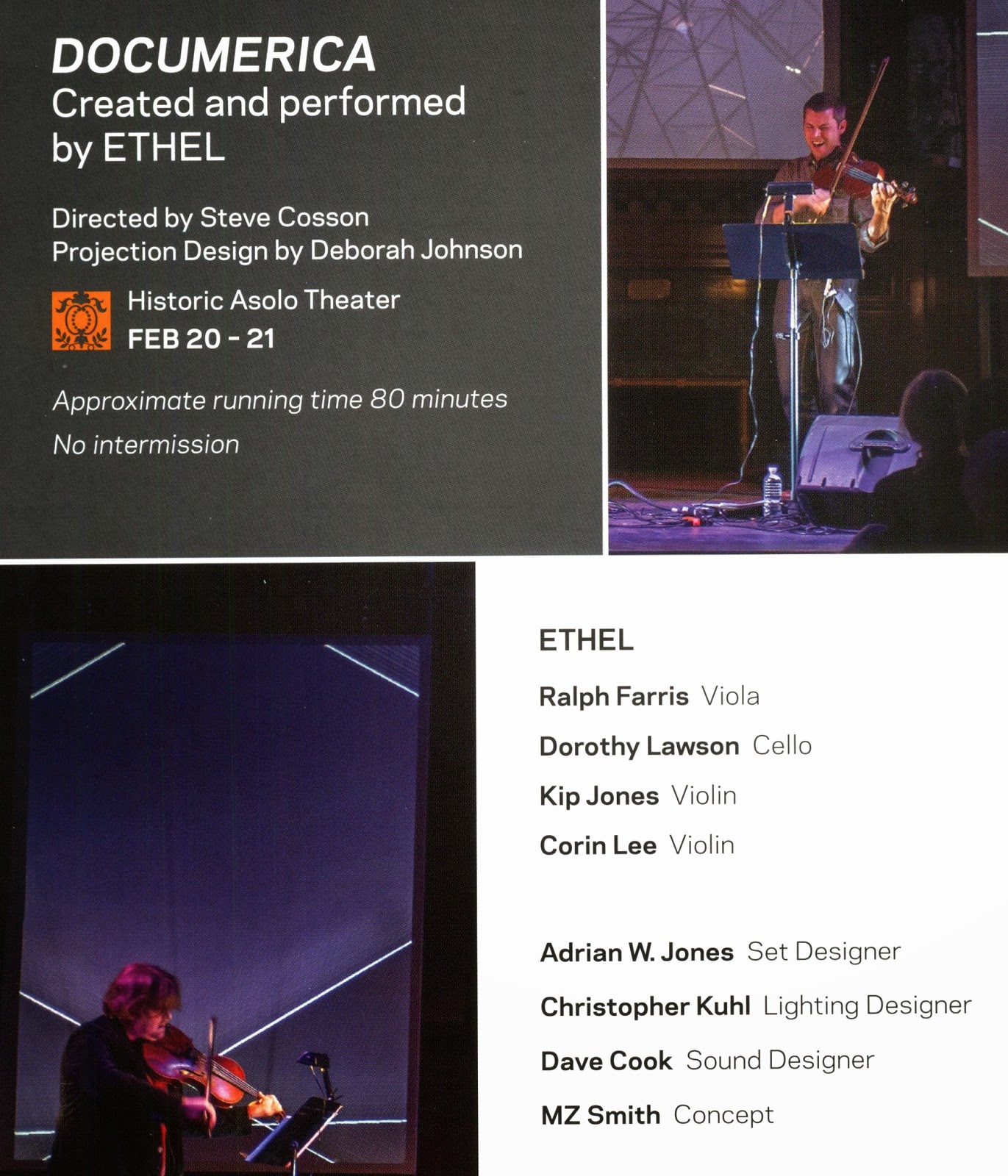 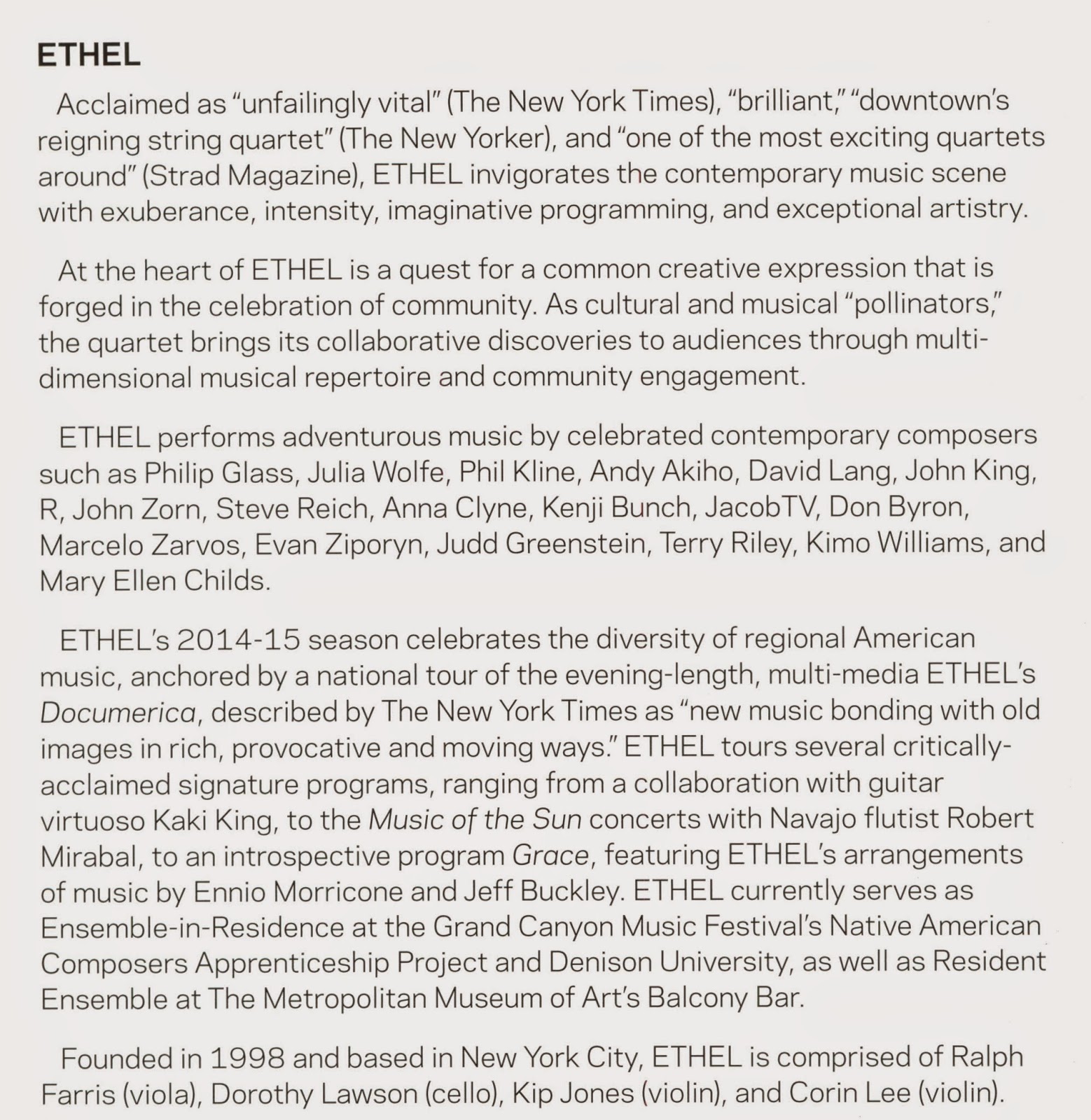 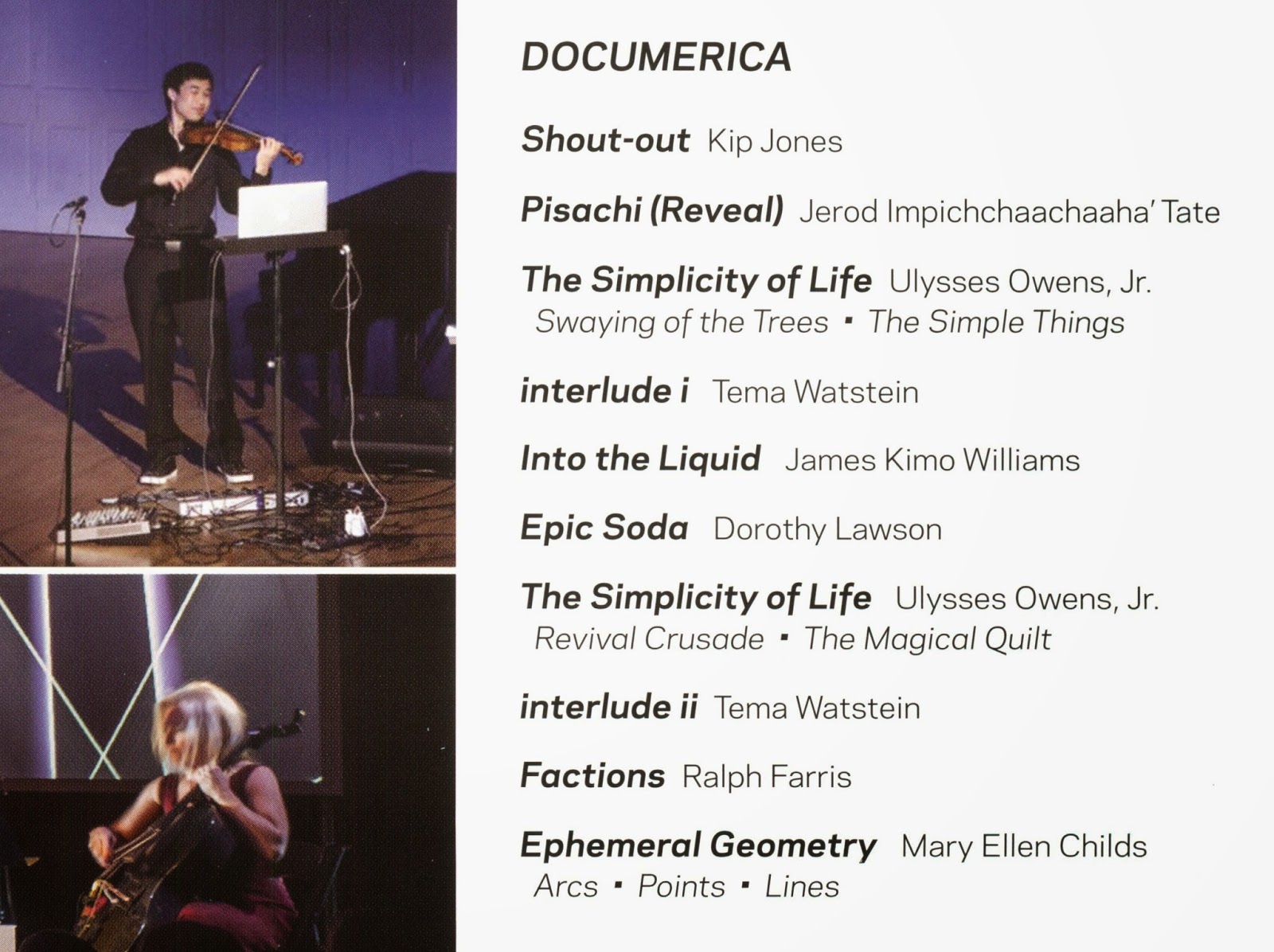 cover of the Series program guide- with Julian Sands in upper left and ETHEL in the lower right-
(for the review of the Julian Sands show see http://semifreelife.blogspot.com/2015/02/just-plain-brilliant.html ) 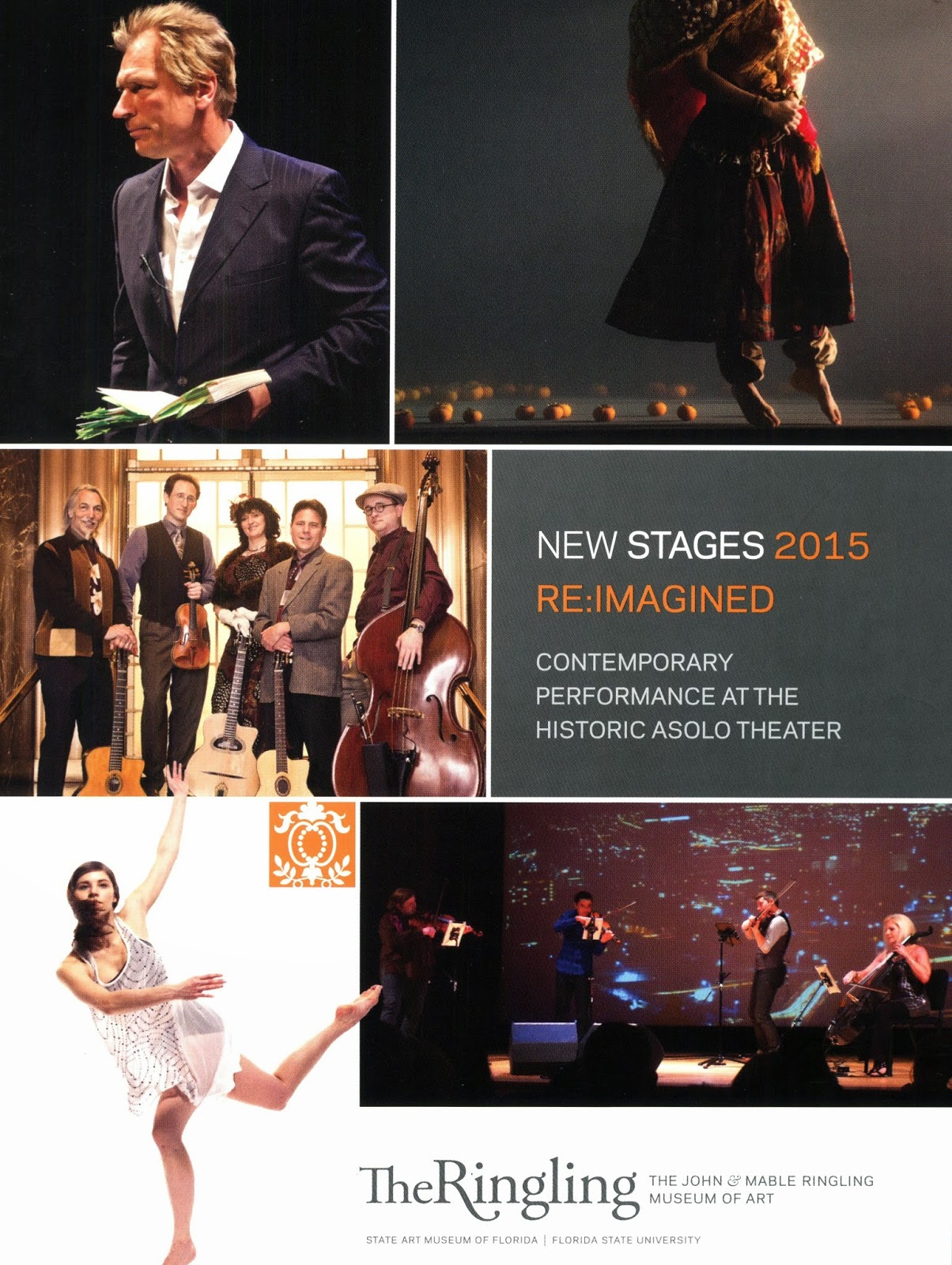 so I won't spend a ton of time on the review- it is mixed- several of the pieces were fabulous and a couple were grating to my ears. the younger members of the audience were very enthusiastic in their response to the show. And - there were younger audience members - which is sometimes not the case in this area of wealthy seniors...LOL Phil told me that the median income and age for Long Boat Key (where we do not live) is 290K and 68 and 99% white (so now you know why we don't live there- LOL) but this is a common demographic of the theater goers in the area ... (source for the data is Wikipedia)

so - while I really enjoyed the photographic part of Documerica (in some respects a tour of my youth) I was less enamoured by the music- great concept though to combine visuals with the sounds--- overall, glad I went also glad Phil did not- so not his style... and then we were up the next day for the big reunion! (stay tuned)
Posted by TOR at 12:31 PM