Last night Phil found his peeps at a "new to us" venue called Fogartyville.  Here is a little blurb about the place-

Fogartyville is a special gathering place for those who truly appreciate music and community. Nothing draws people together like a shared musical experience, and nowhere is there a more welcoming environment for audiences and musicians than the vibrant and diverse community that is the Fogartyville Community Media and Arts Center. The Fogartyville Community Media and Arts Center is a project of the Peace Education and Action Center and is a gathering place where art, culture, music and politics intentionally collide to inspire social change.

here are a couple of photos from a sarasotafoodies.com blog post - to give you an idea of the venue- 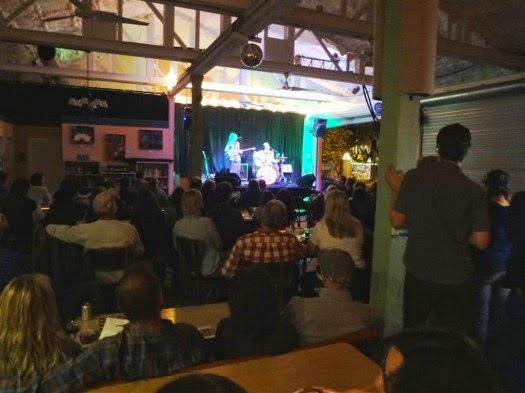 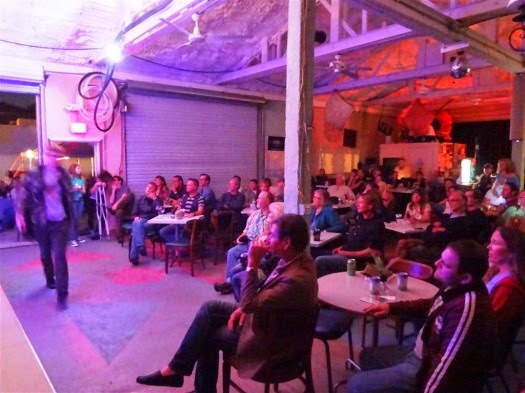 and here is probably more than you ever needed to know about the room:
Our 2400 sq ft acoustically insulated venue comfortably seats 110 persons. We feature a 170 sq ft stage (32" high) with professional lighting, 3 stage monitors, 2 flying Mackie SRM450's and one JBL EON 10" for distributed sound. We have 2 subwoofers and sound is run from the front of house using a Mackie DL1608 digital mixer operated by an experienced sound team. (LOL)

but what this meant to us was that we weren't going to this place with our 15,000 new best friends...

we were there to hear Roy Book Binder play - here is the blurb about him-
Roy Book Binder is a living treasure of American Blues, Ragtime and Old Timey music. He is the epitome of the singing, songwriting, storytelling Bluesman troubadour. From the early sixties Roy became a student and friend of the Rev. Gary Davis and it was from these early days he became equally at home with Blues and Ragtime. He is known to shift from open tunings to slide arrangements set to his original and sometimes quirky tongue in cheek compositions, with both traditional and self-styled licks, drawing on many musical influences. He will be accompanied by Frank Bowman on the clarinet.

here are his publicity photos: 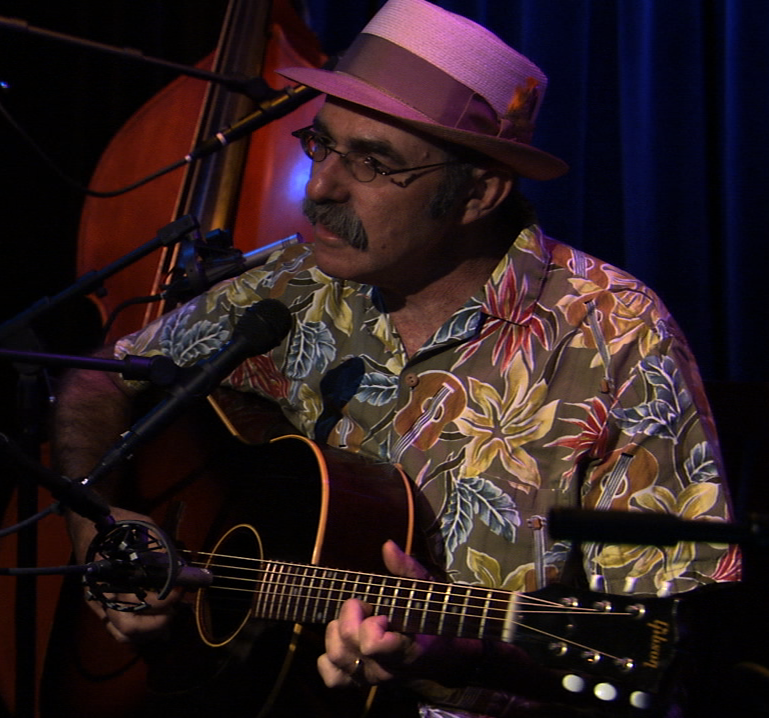 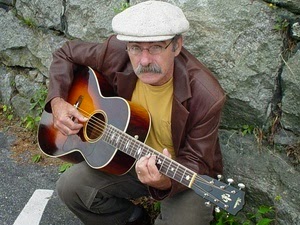 sponsored by a local radio station -

we were seated at the front left hand side of the stage and had two lovely table mates (Nancy & Judy from Park Slope, Brooklyn NY) and then we heard from Roy  - who was later joined by the clarinet player Frank Bowman- 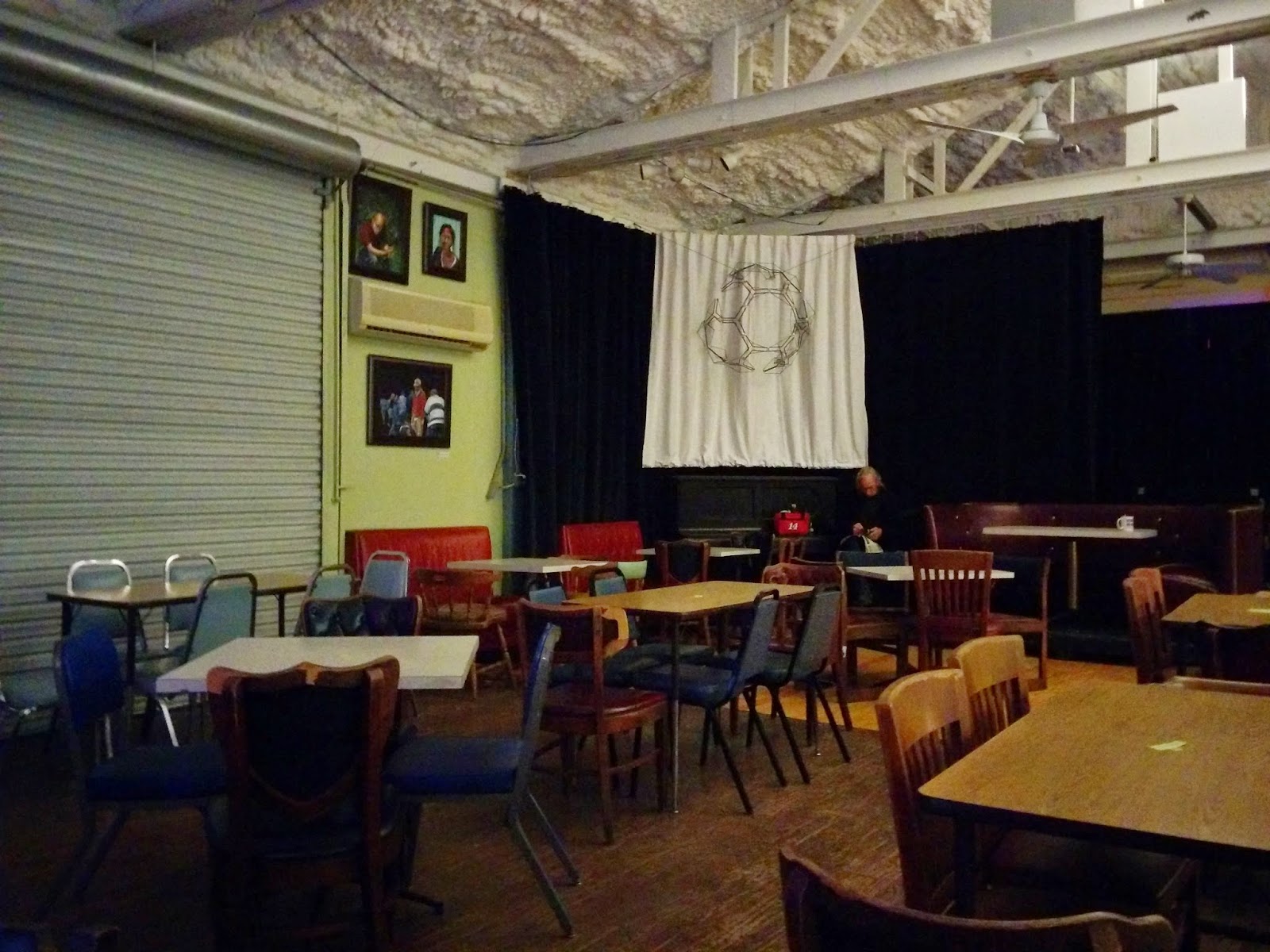 we were the first to arrive - not knowing the system (they give you a reserved table if you buy tickets in advance) - so we had plenty of time - especially since Roy didn't start until almost 8:30 (for an 8pm concert) - however he did play for two hours with only one short intermission and he IS 73 years old so I cut him a bit of slack... 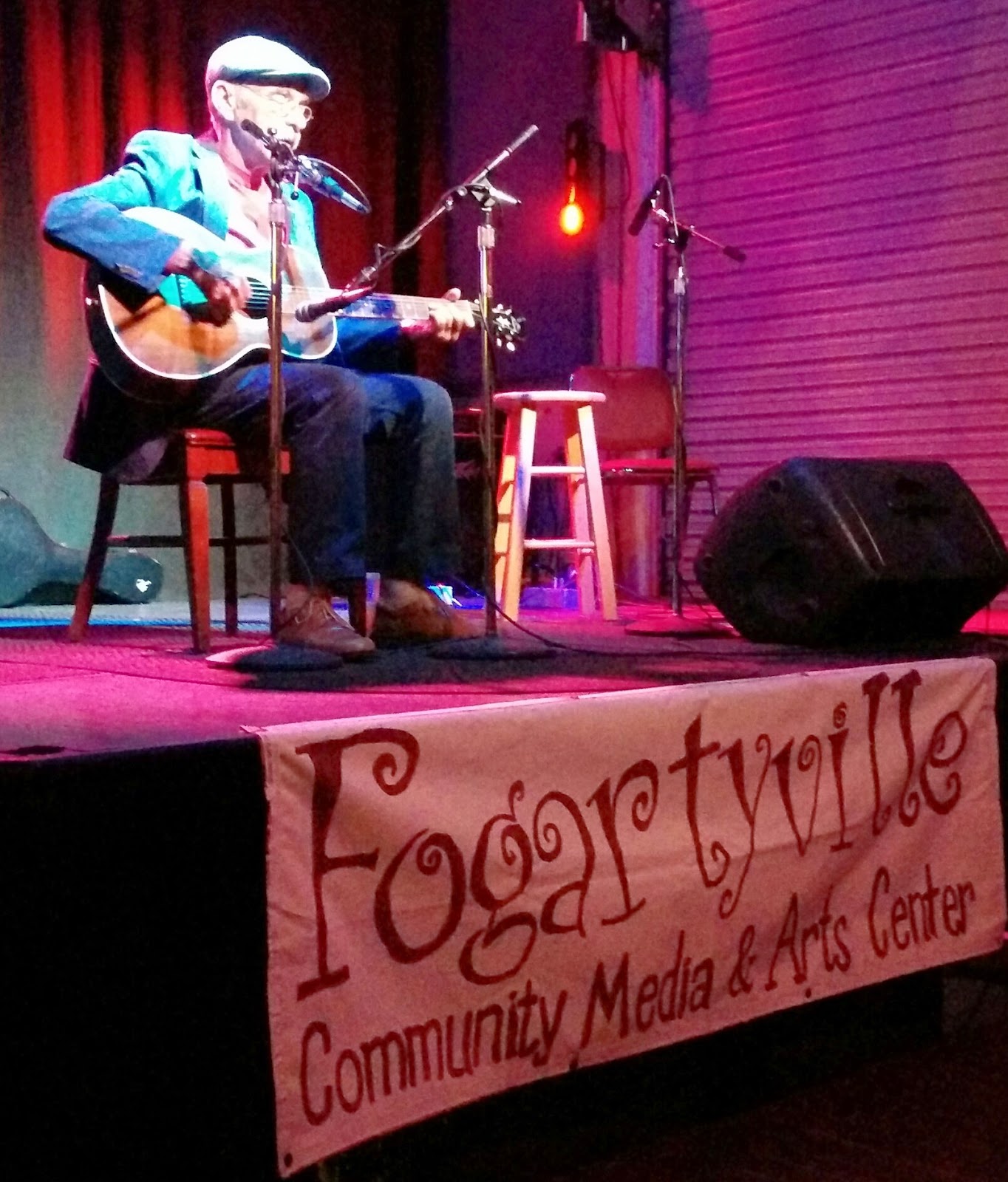 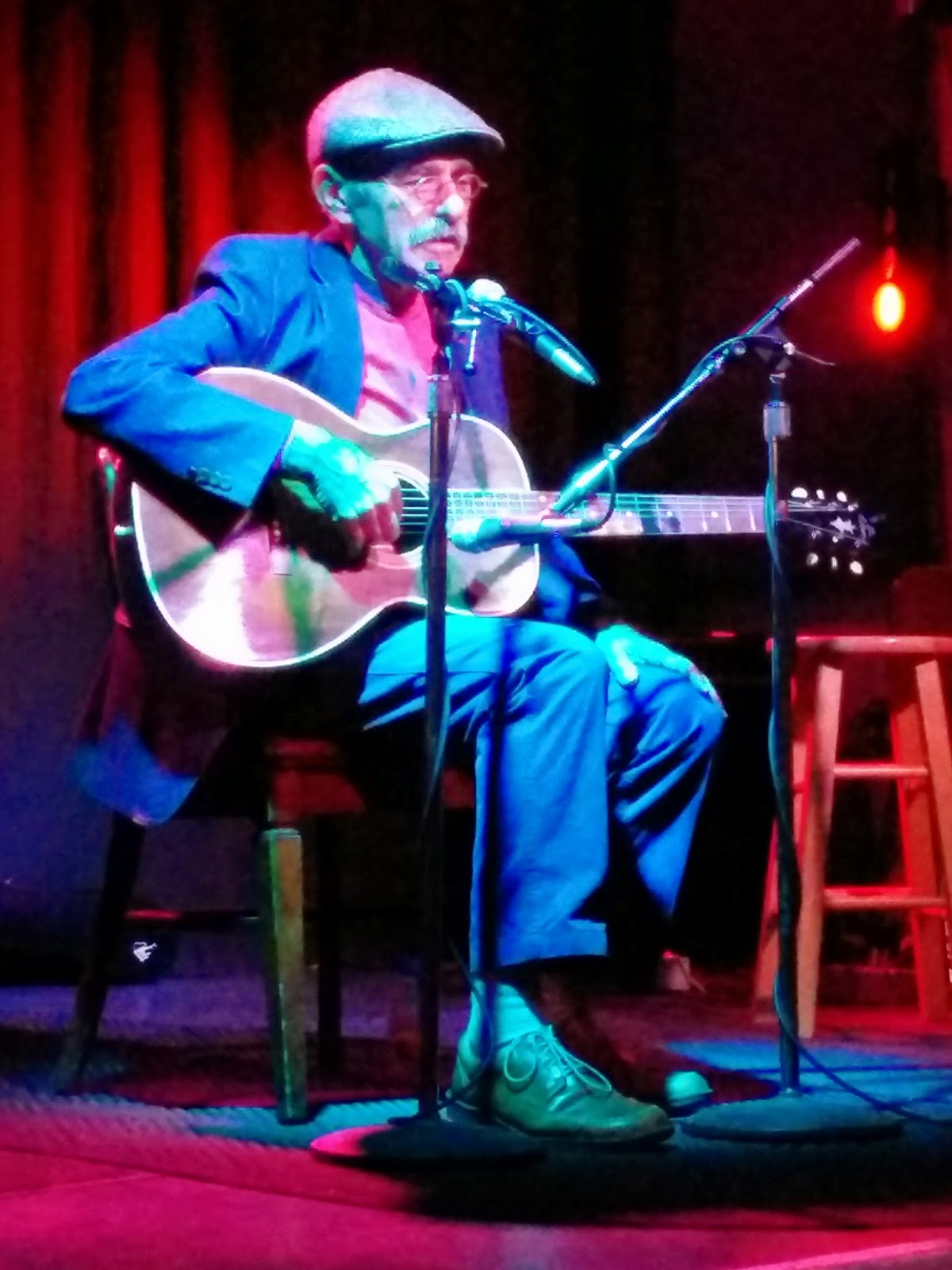 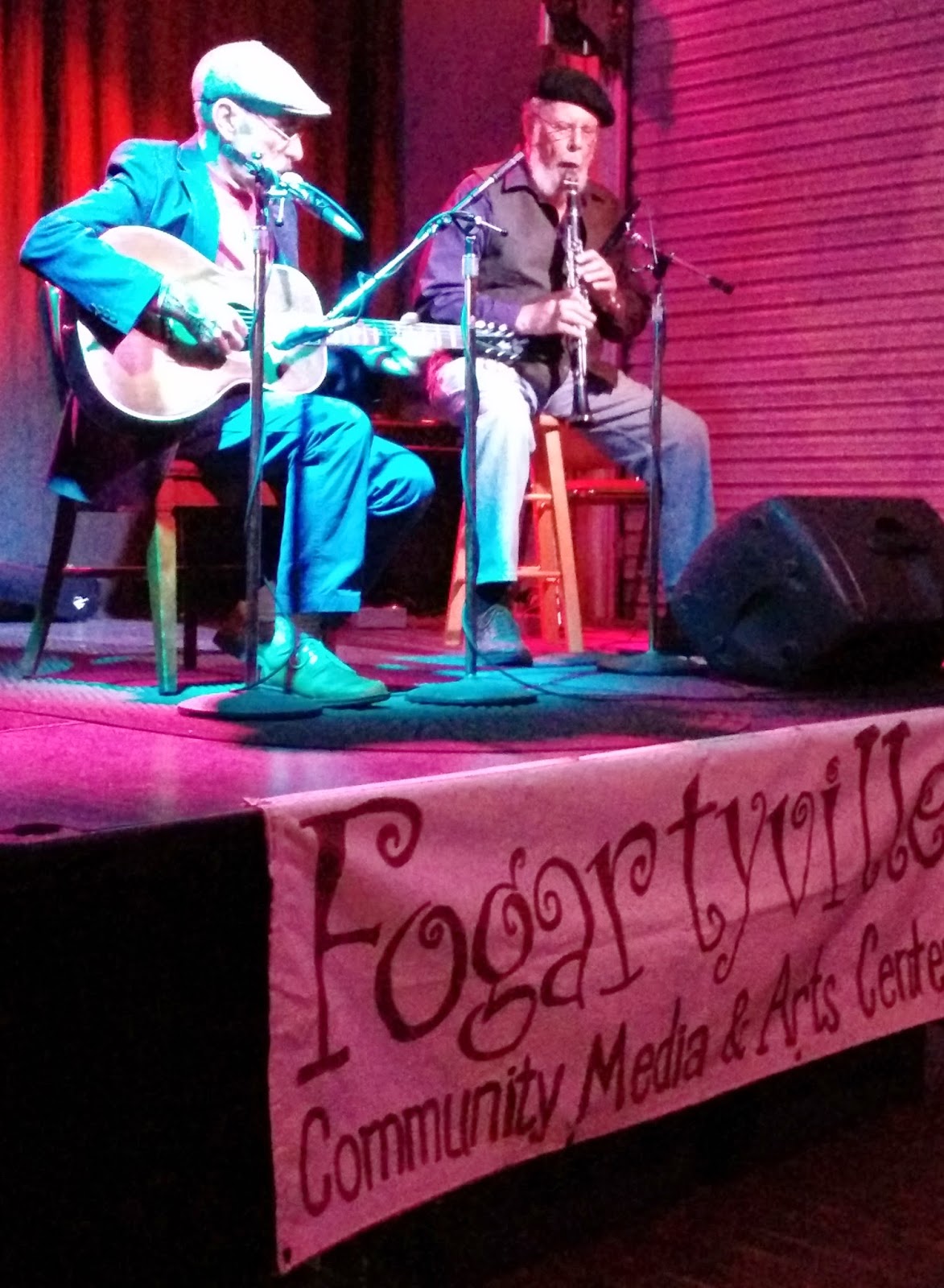 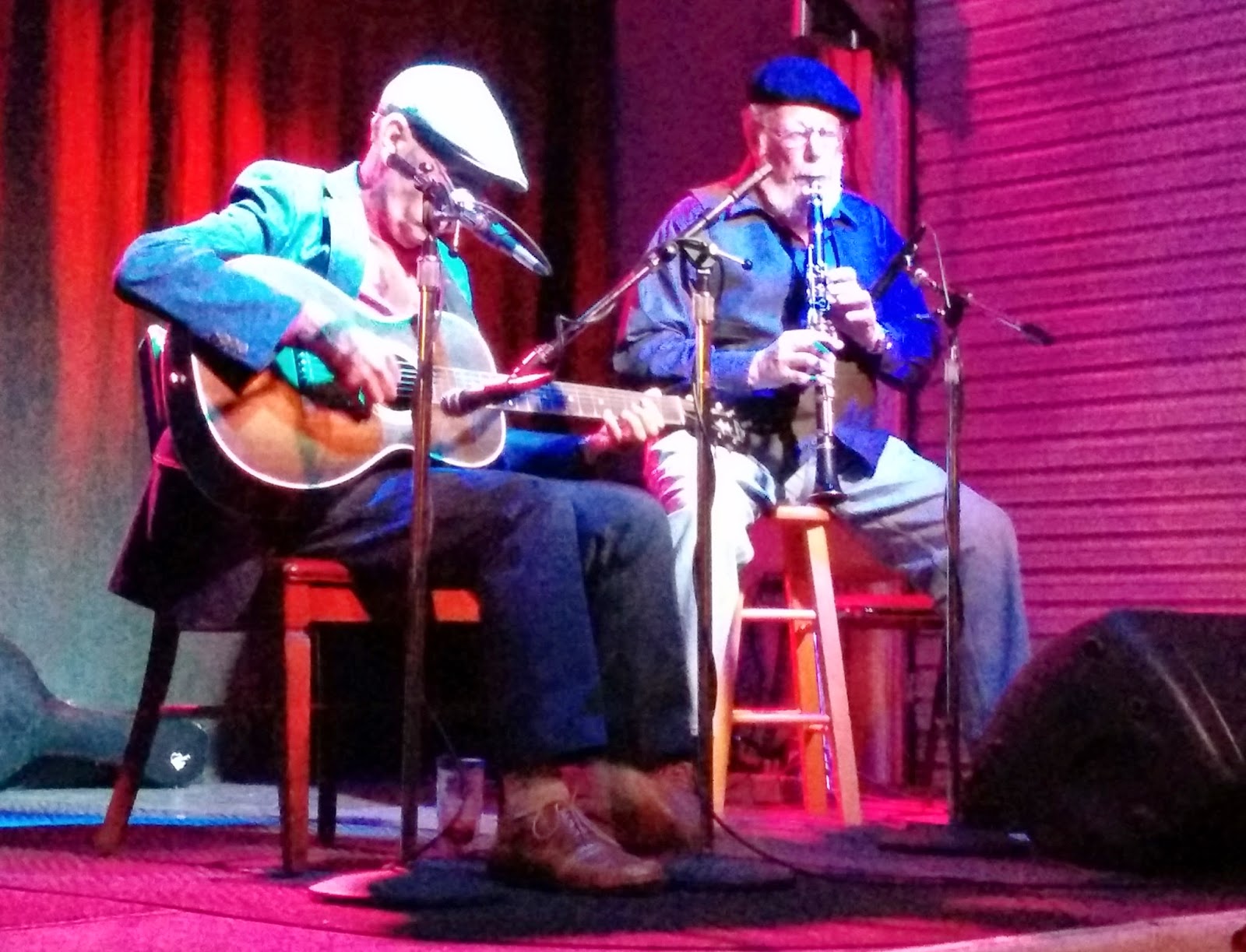 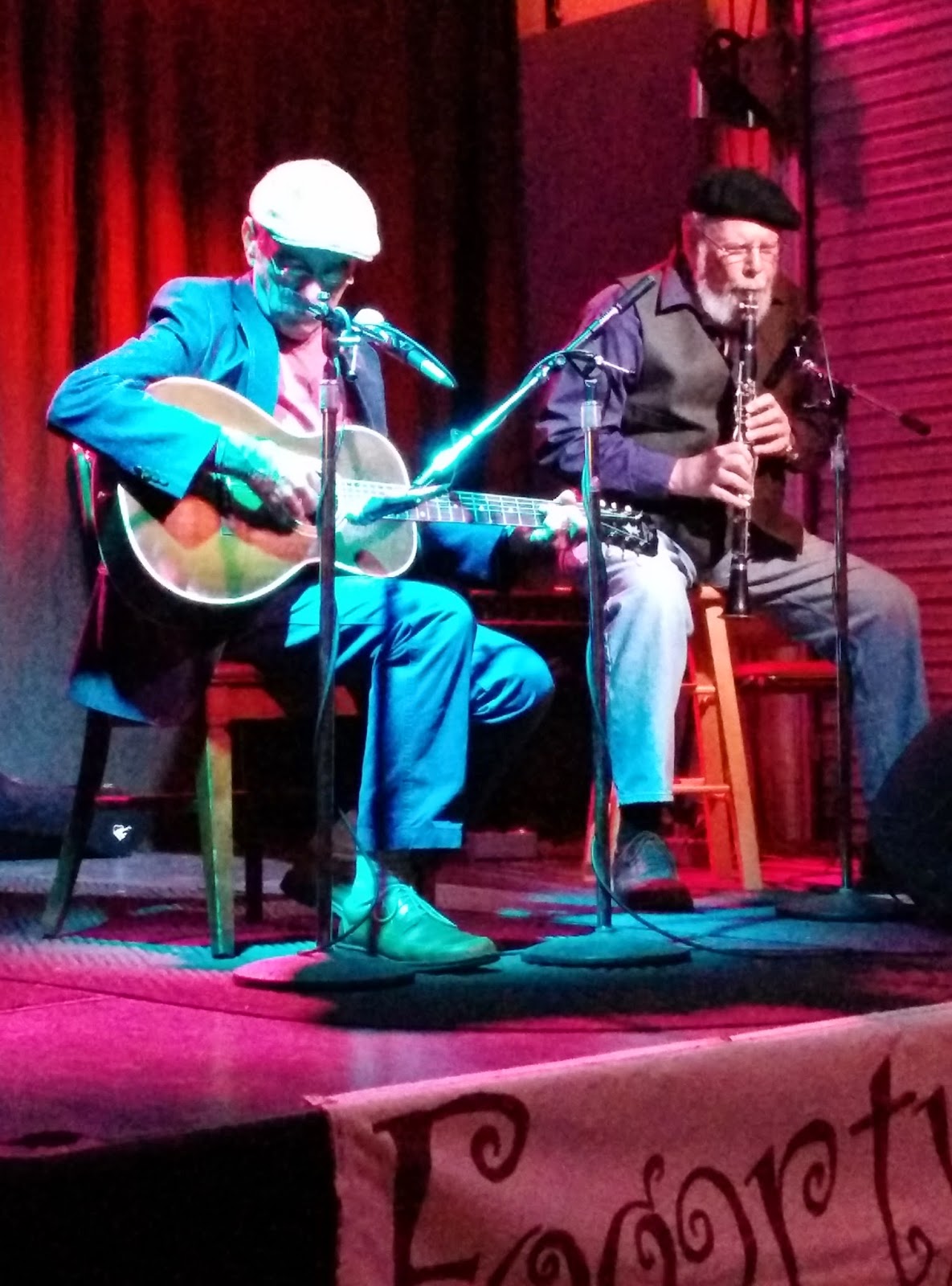 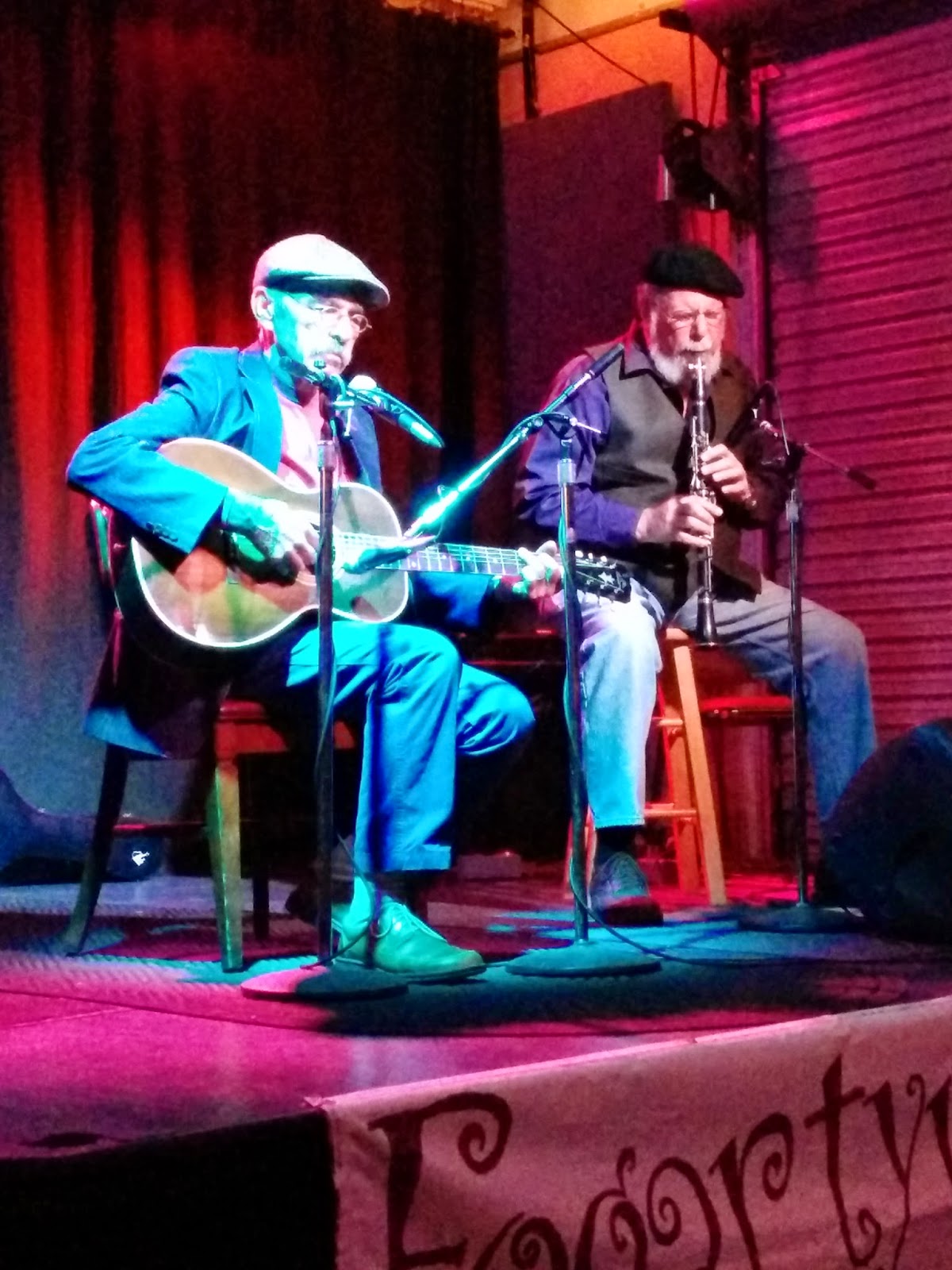 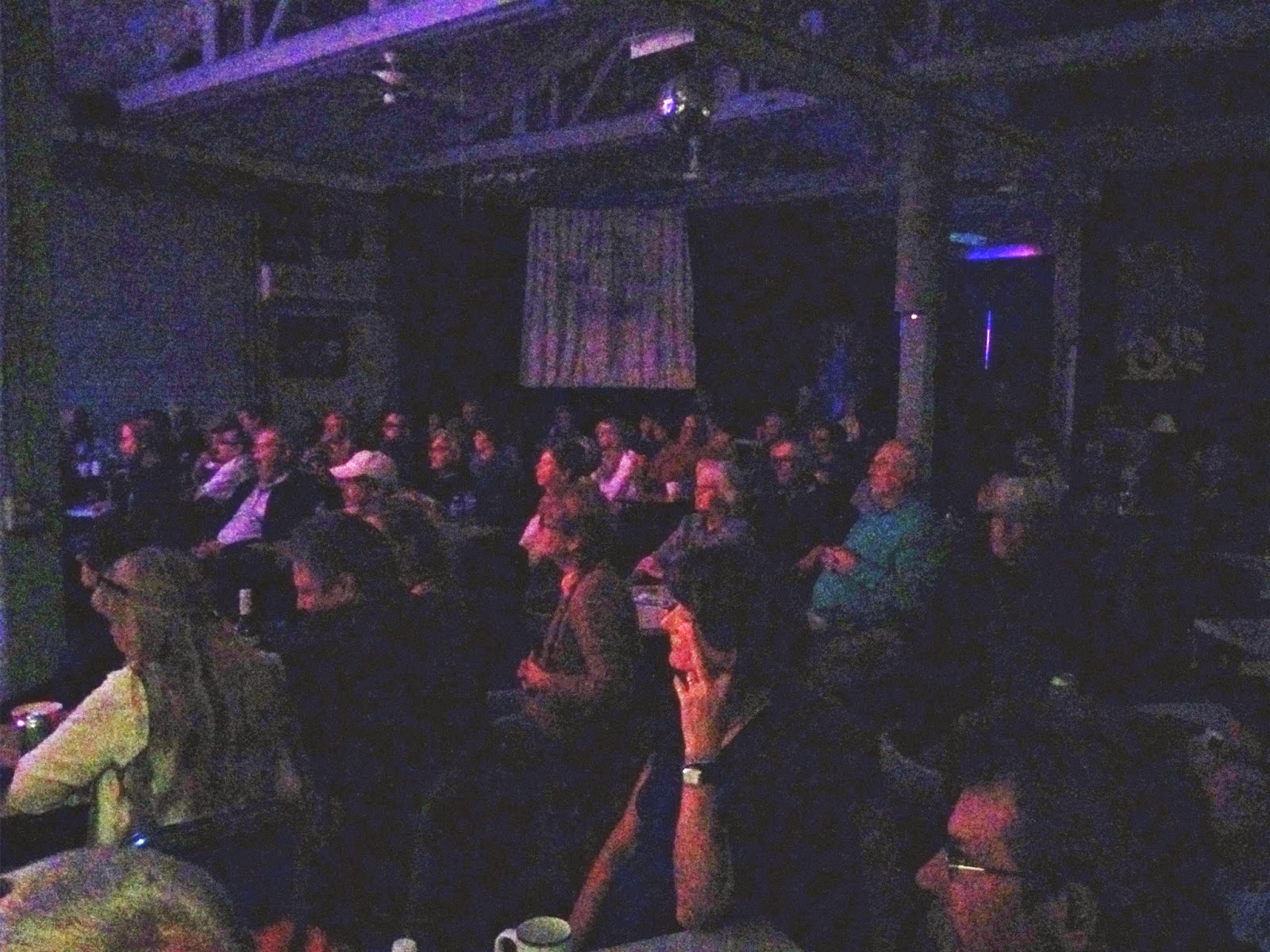 my review: entertaining old guy - with easy to listen to music but a lot of it seemed the same to me- and I know I wasn't imaging it when he closed with a song he had already played (it wasn't like I knew any of his music and would have gotten confused about it...LOL)

so a big yes on the venue- and a small yes on the performers- sure would be nice to see The Tillers here.... AND

when looking for photos and facts on the Internet I came across this amazing story just by happenstance- so I don't know why the place is called Fogartyville since it is in Sarasota but here is some fun information about the real Fogartyville... ALL quoted from an article in the BRADENTON TIMES by MERAB-MICHAL FAVORITE

Captain John Fogarty blew into the Manatee River section during a storm. After the gale had passed, he and his crew sailed upriver in search of a village they had heard of called Manatee. There they provisioned the ship for the rest of the voyage, and departed. But something about the Manatee River had impressed Fogarty, and he would one day return and create the town of Fogartyville.

Within two years Fogarty had returned with brothers Tole, and William Henry (Bill). The brothers built a family home and boatworks, starting what they began referring to as Fogartyville, which is located at the Manatee River at the end of present-day 26th Street. In the ensuing years the brothers developed a thriving business with the construction of (fishing) smacks, schooners, sloops and yawls as well as some smaller boats

The Fogarty’s also built the first dry dock on the river with the help of another captain from Key West. By 1880, at least 30 families had settled in Fogartyville. But because Manatee Ave. was not yet constructed, their primary means of transportation was by boat. Hundreds of boats came out of the Fogartyville Boatworks. They also exported smoked mullet as far away as New Orleans.

In 1885, a bridge across Jacques’ Creek and one across Ware’s Creek completed a road from Manatee to Fogartyville called Manatee Ave.; by 1895 the population in the small village had reached 100. The sons and daughters of the four original Fogartys grew up and became captains and boat builders and married others from around the small community. In 1899, Fogartyville obtained its first post office with J. Howard Gray appointed as first postmaster and Captain John Fogarty serving as the last before the post office closed its doors in 1915.

The founding fathers began to pass away one by one in the early 1900s, then in 1903 Braidentown became incorporated and extended its western borders to include Fogartyville – the small boat building town was beginning to lose its identity. By the 1920s, it was known only as West Bradenton.

here is an historical photo from the newspaper - 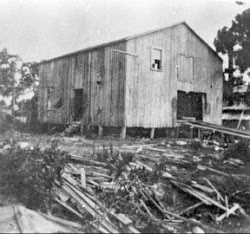 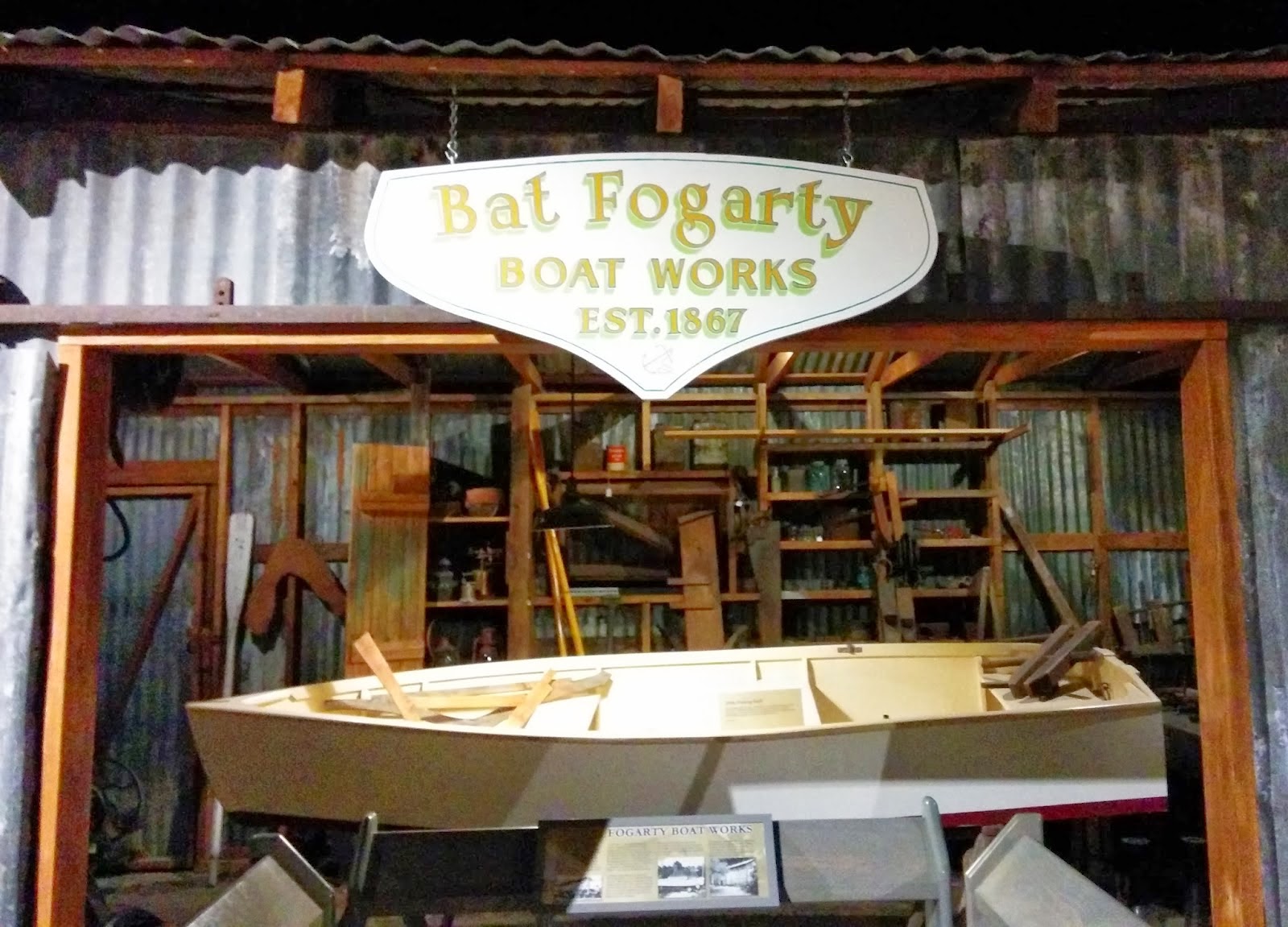 so now I have a story to go with that photo- and in another strange coincidence just last Monday my teacher of Maritime History had recommended looking for Merab-Michal Favorite's articles as worth checking into to... or looking out for... or catching up with...

in any event I just "ran across it"- LOL --- tonight we are off to Seminole (who knew where it was before today?) for a house concert starring a Phil favorite Tim Grimm... so this week Phil is in hog heaven with the music - me not so much... and that's on top of having to reschedule the Wednesday night theater tickets... so my birthday week has not exactly been a celebration I would have planned - but I did get a google doodle for my birthday! which I thought was pretty darn cool! 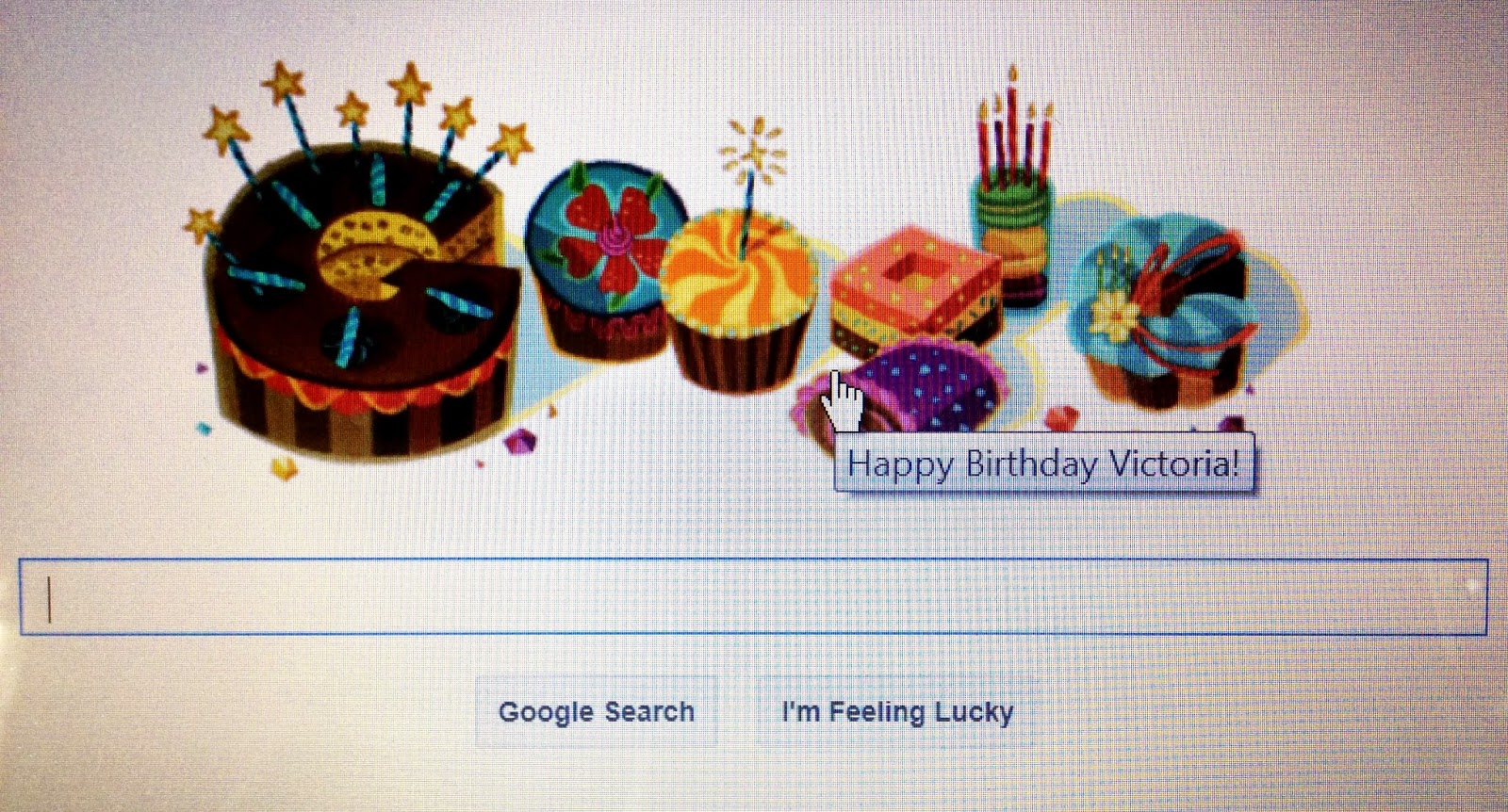