Was such a nice change from last year's rainy evening... we have now attended three years (all three years) Wine Walk to Ca d'Zan the Ringling mansion and estate. For those of you who know us or have attended the IPNC (International Pinot Noir Celebration) with us in Oregon, the ALL three years will not surprise you. My IPNC attendance -at ten plus years- and Phil's -at closing in on- 20 years would indicate that we are loyal to our wine events LOL.... 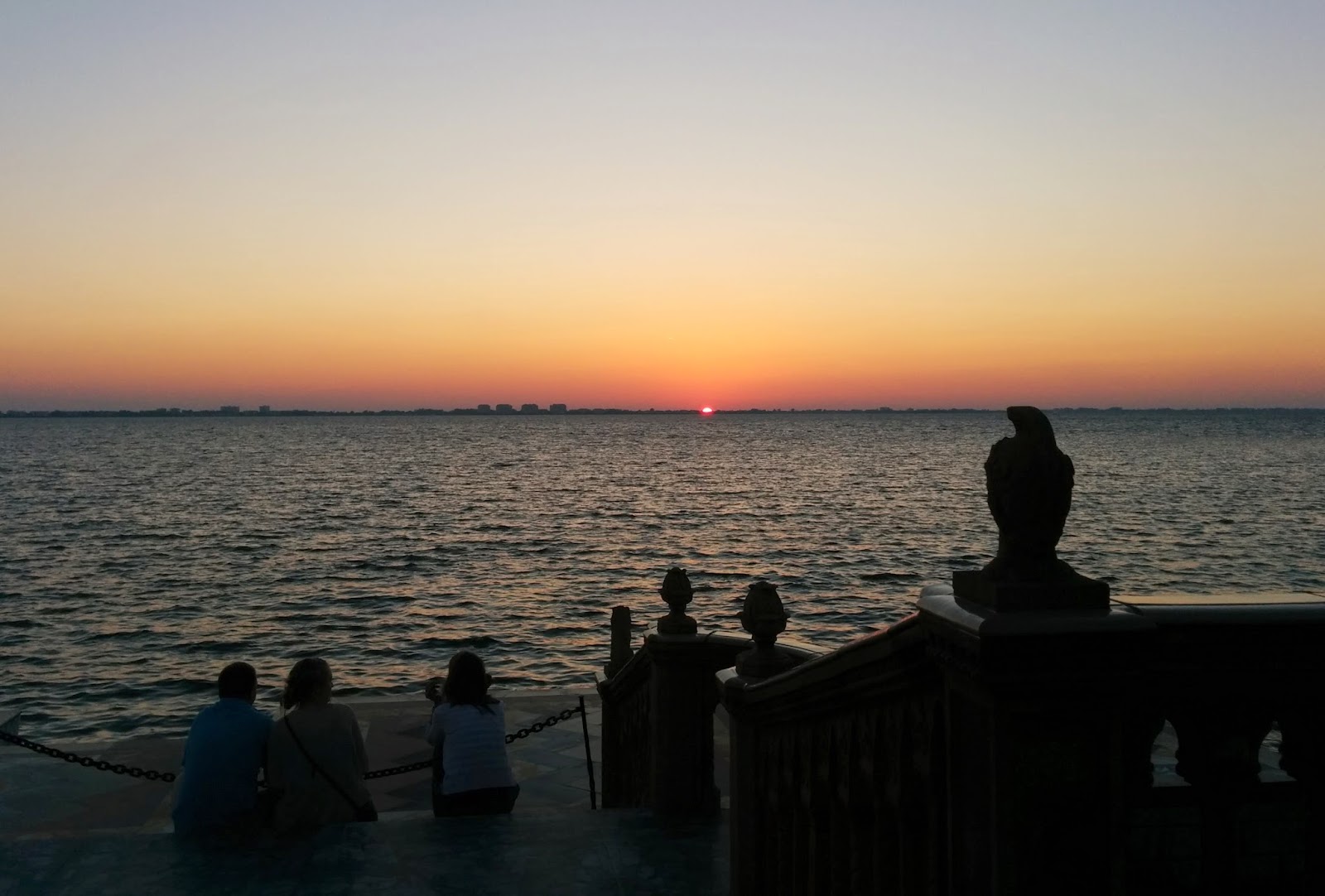 
However- nothing could have put a damper on the lovely evening - a great way to spend a few hours!

here are links to the two prior years:

the entrance - you can see the blue sky weather we were blessed with! 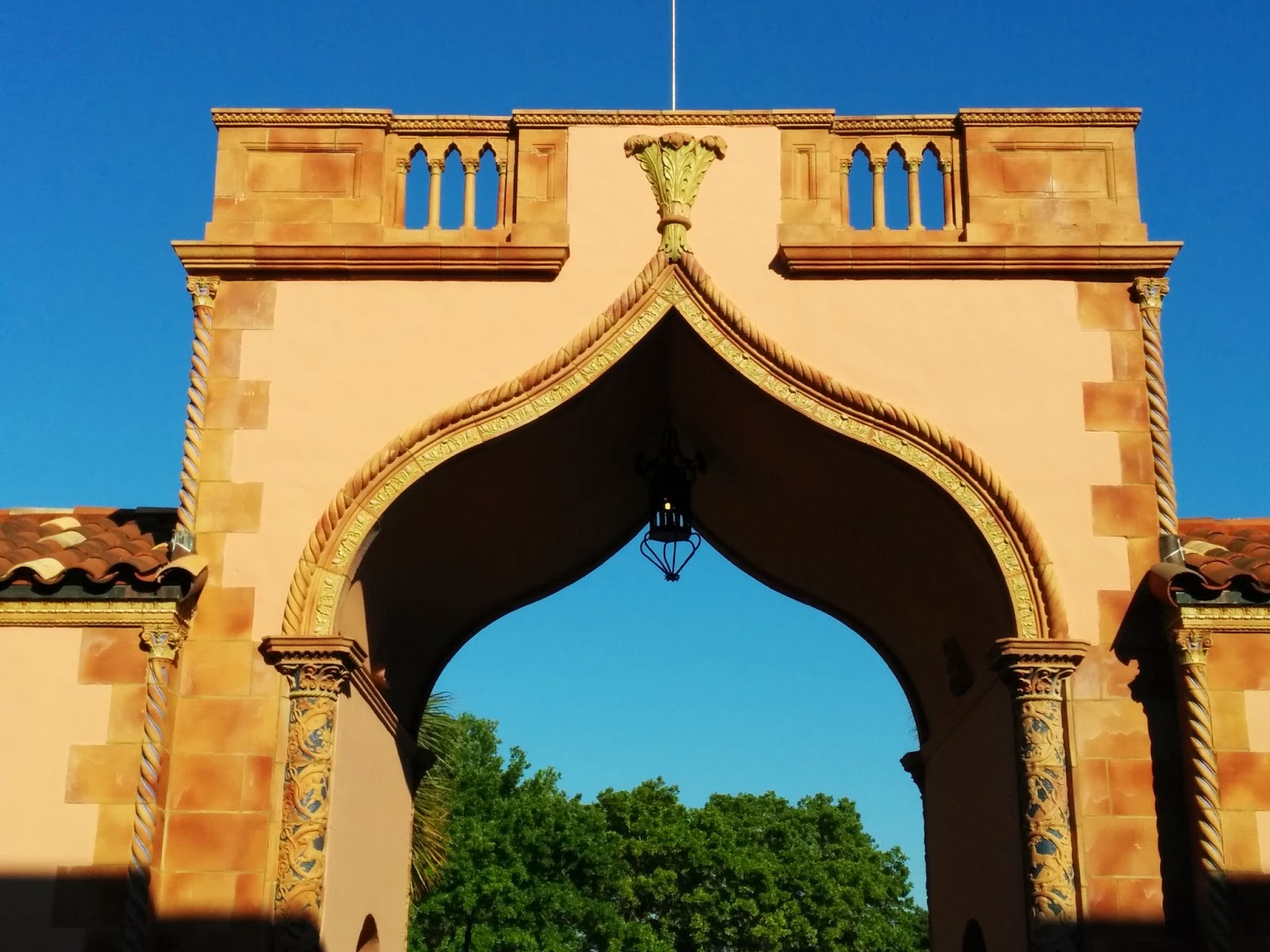 the bay side of the house- 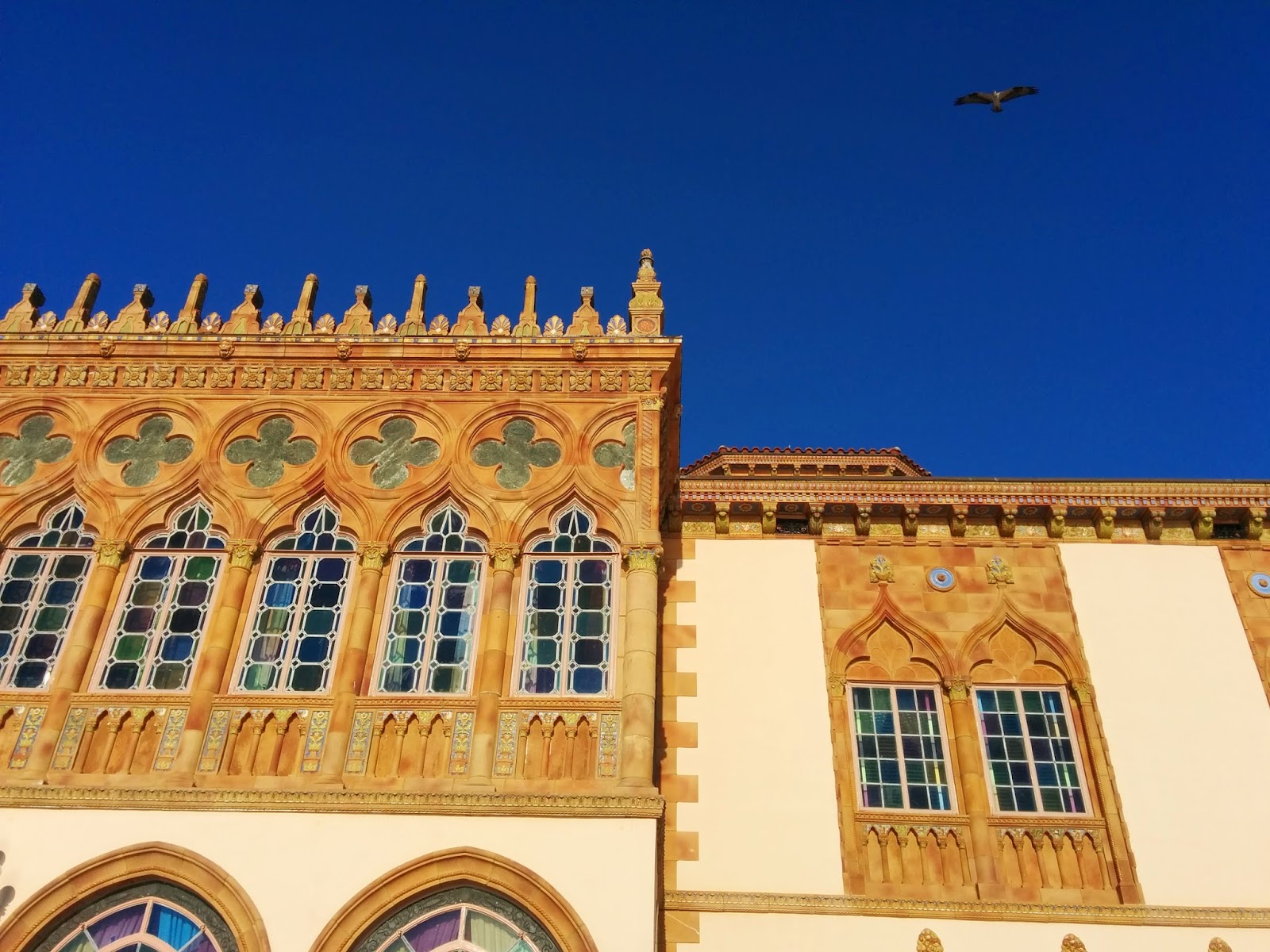 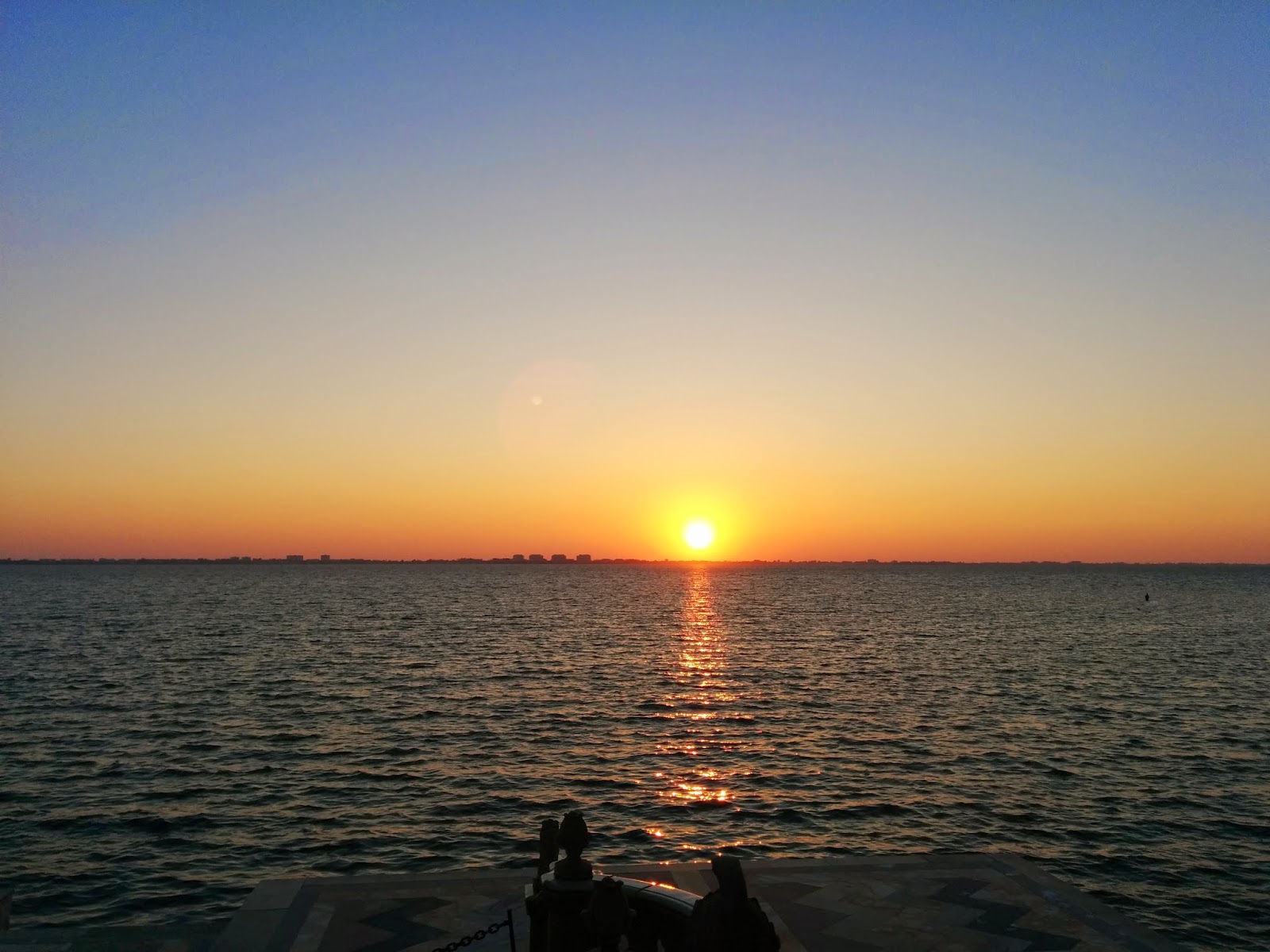 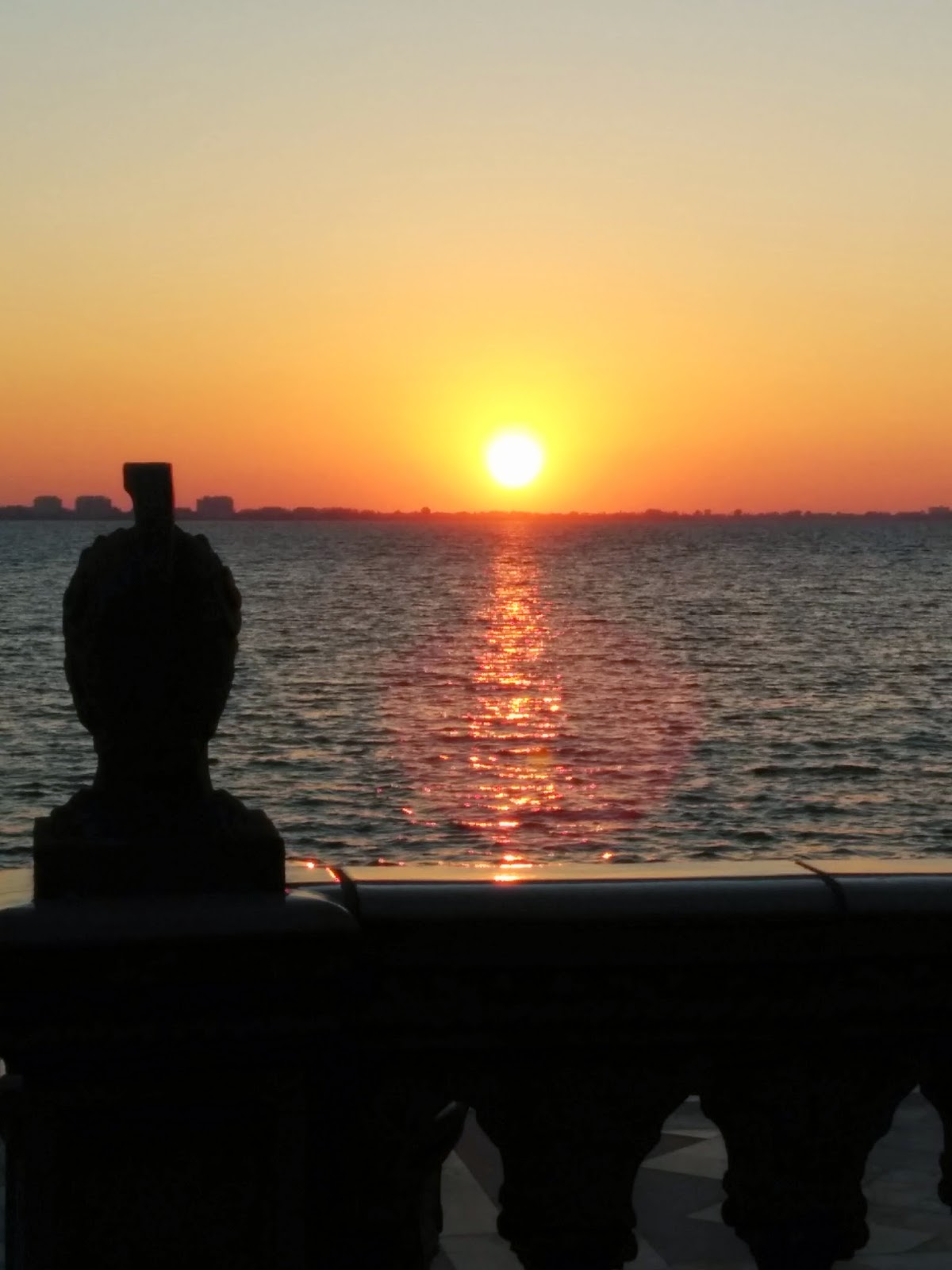 as the sun set the windows reflect its glorious hues 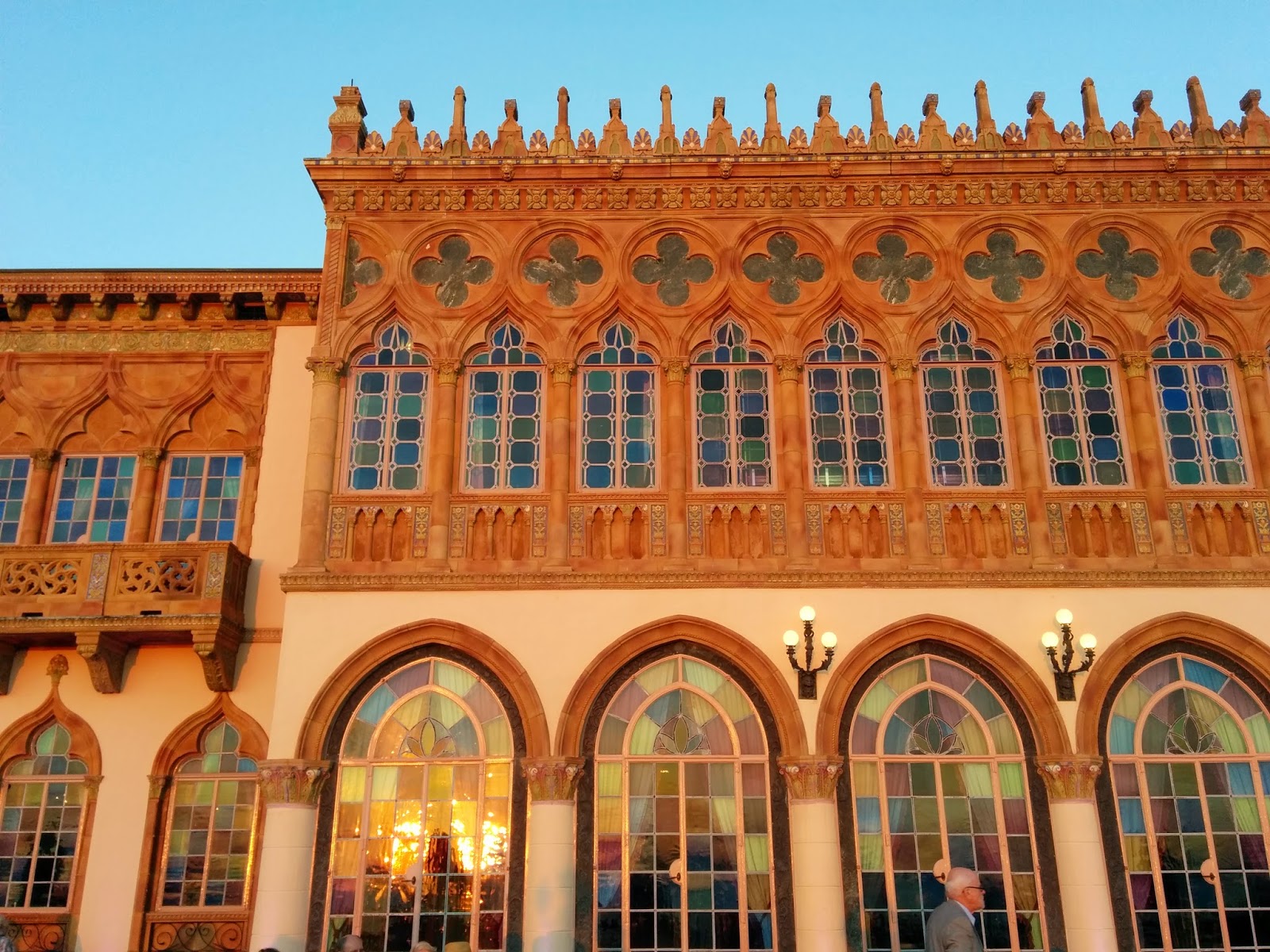 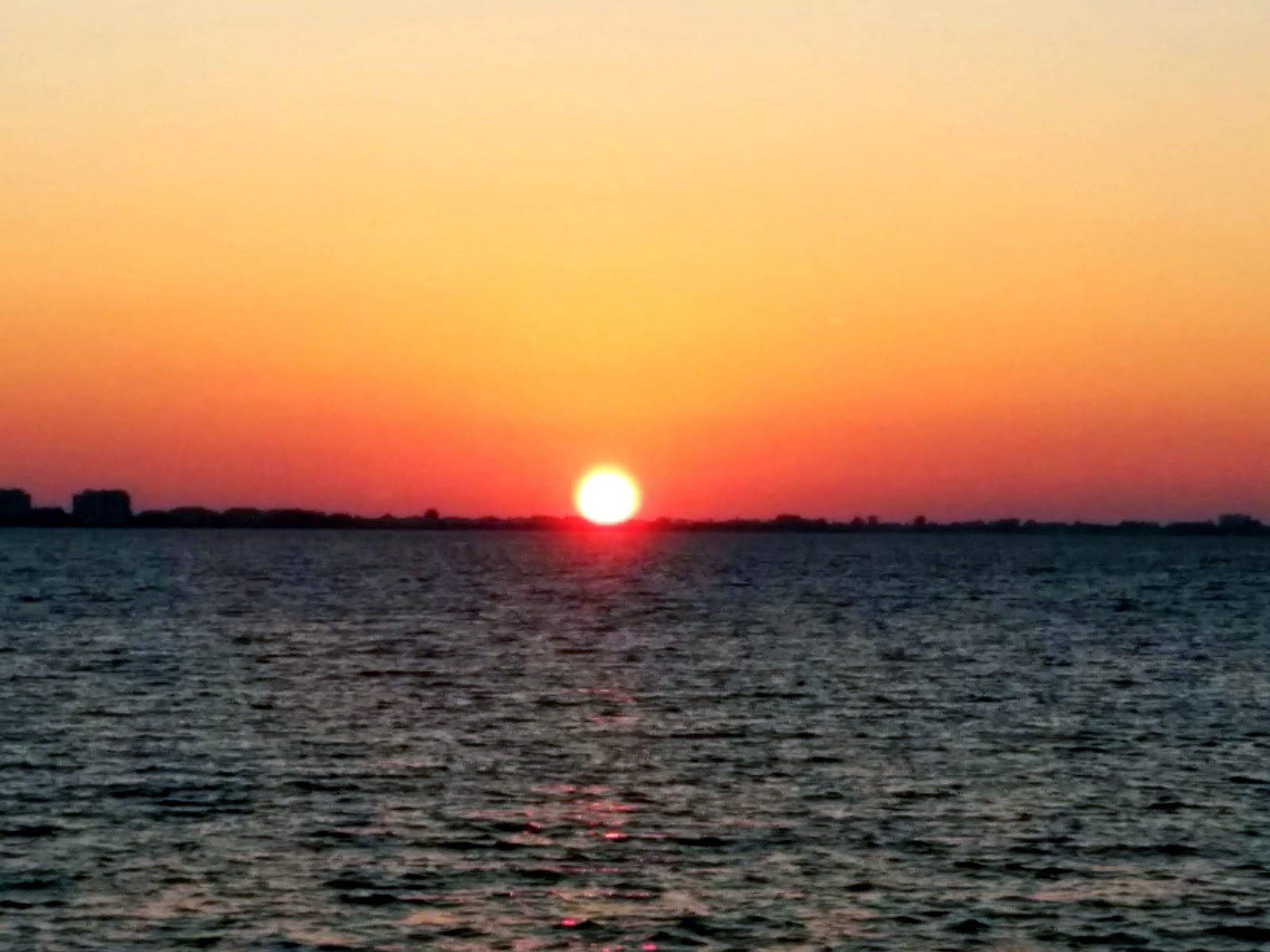 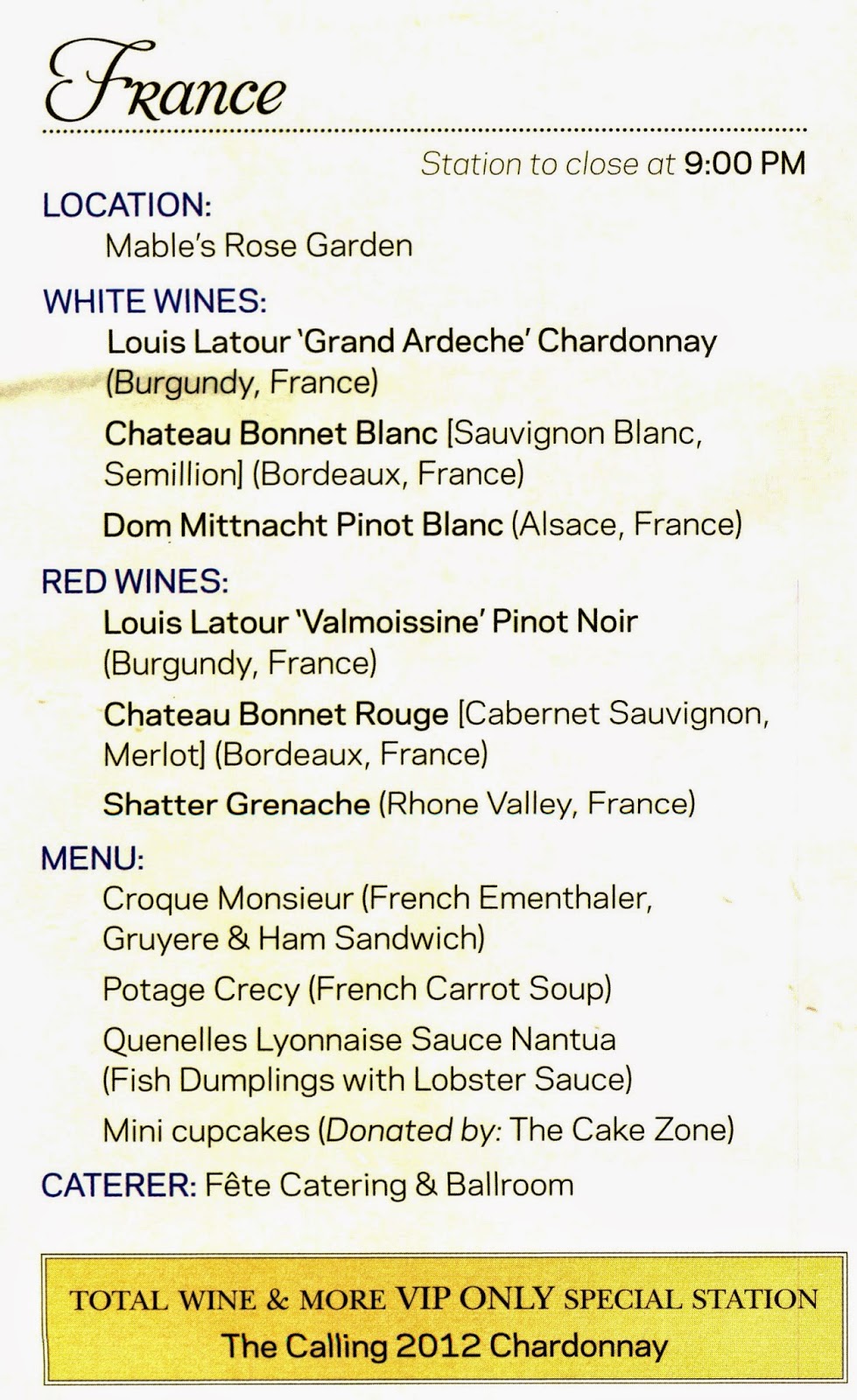 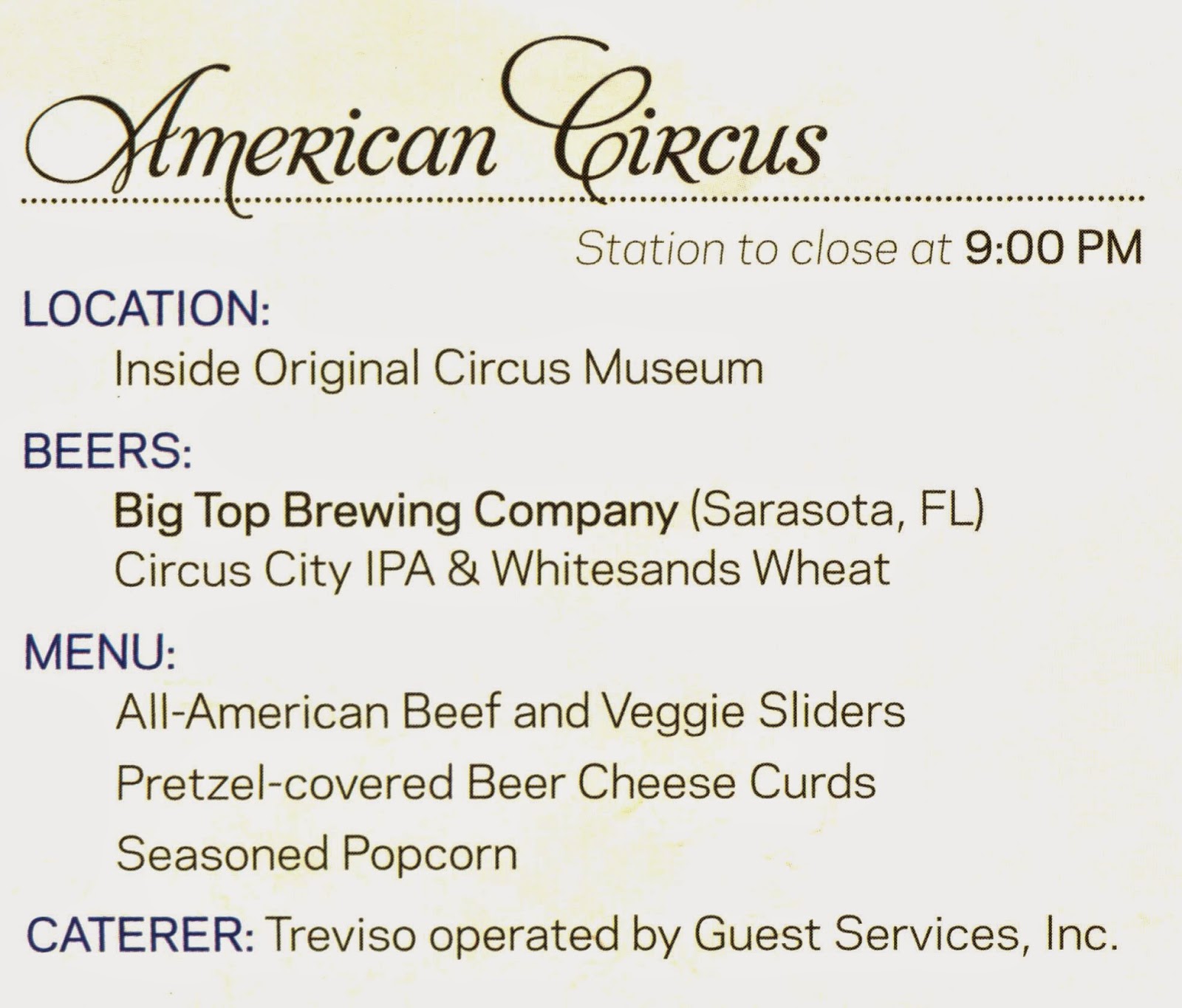 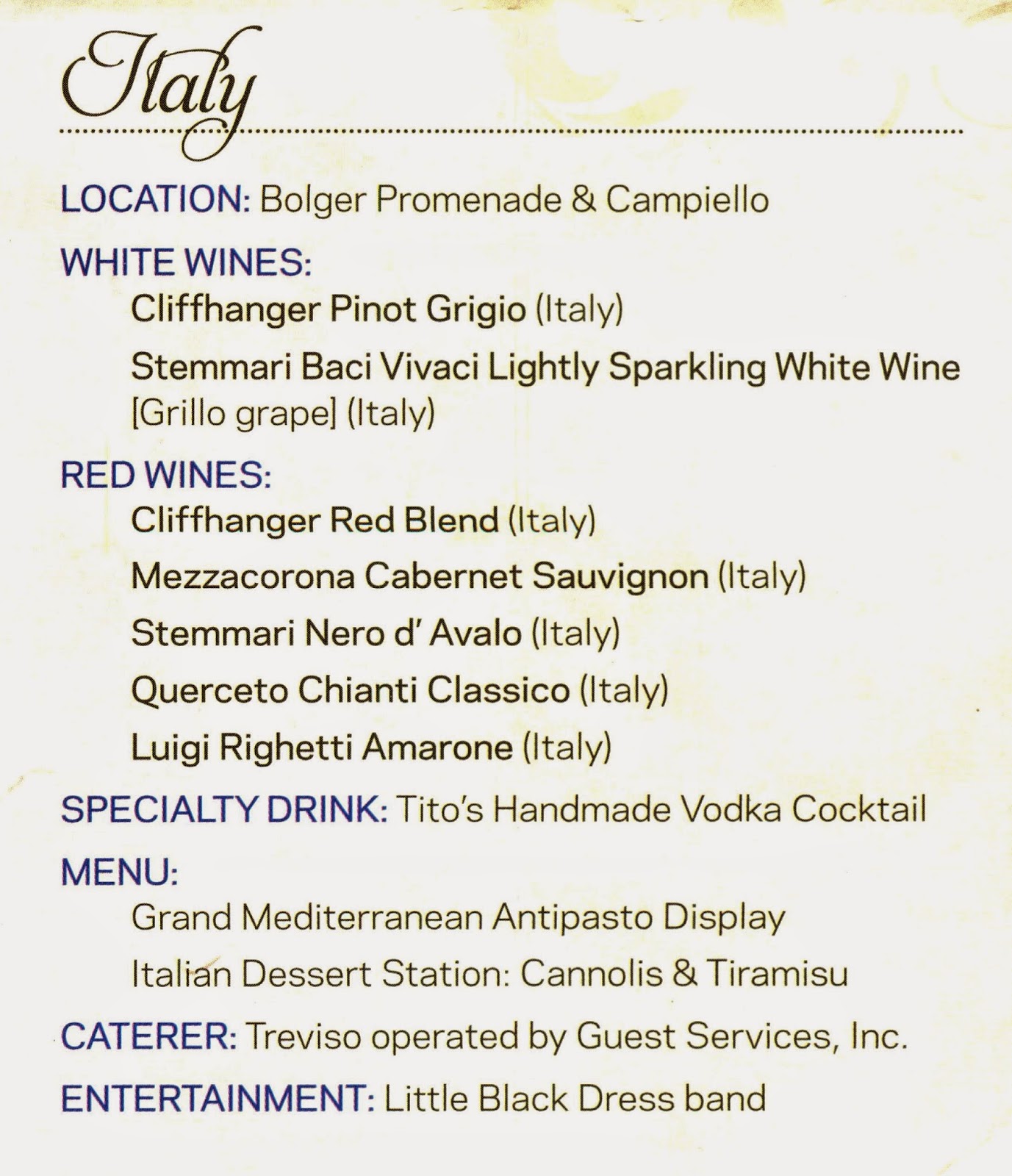 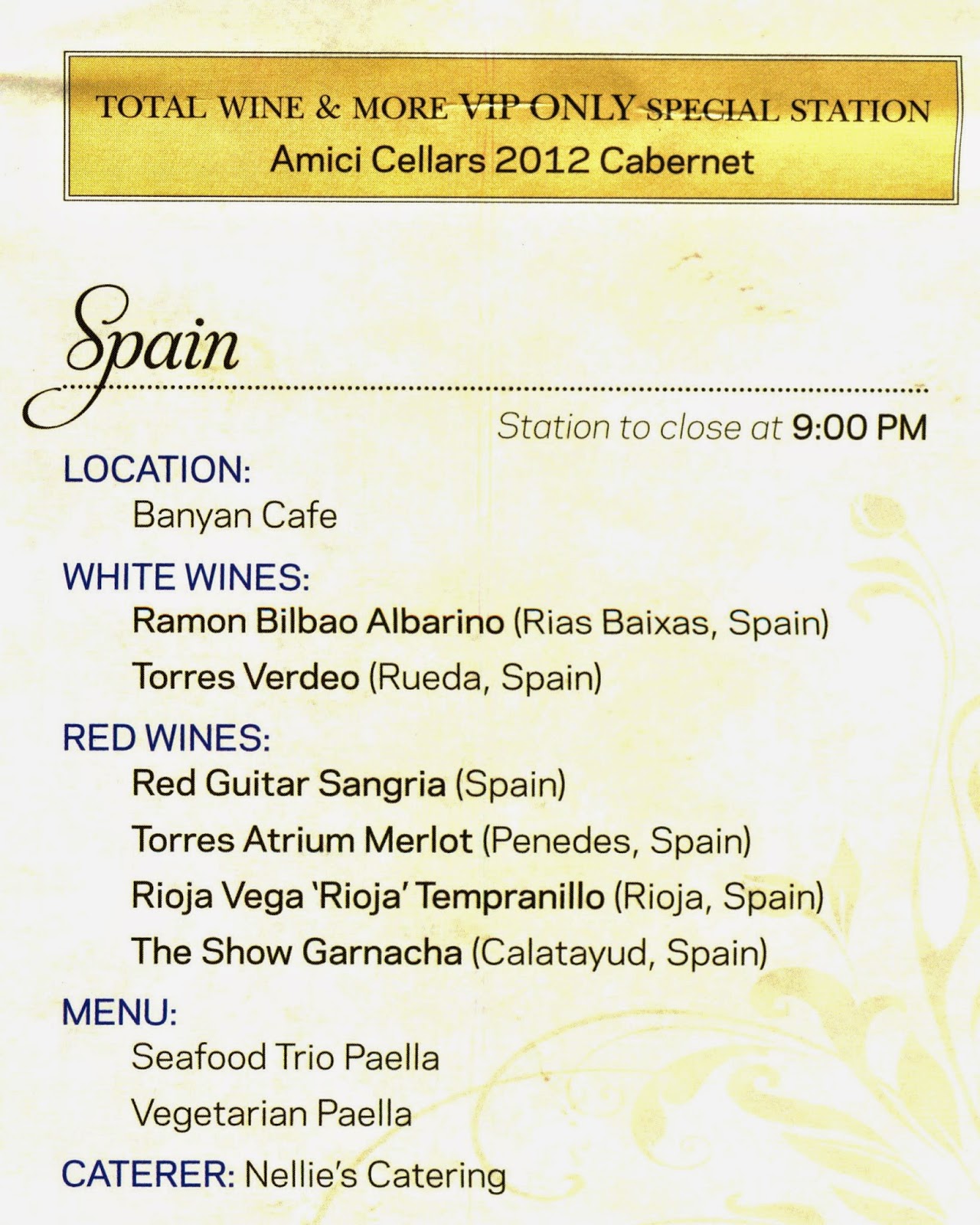 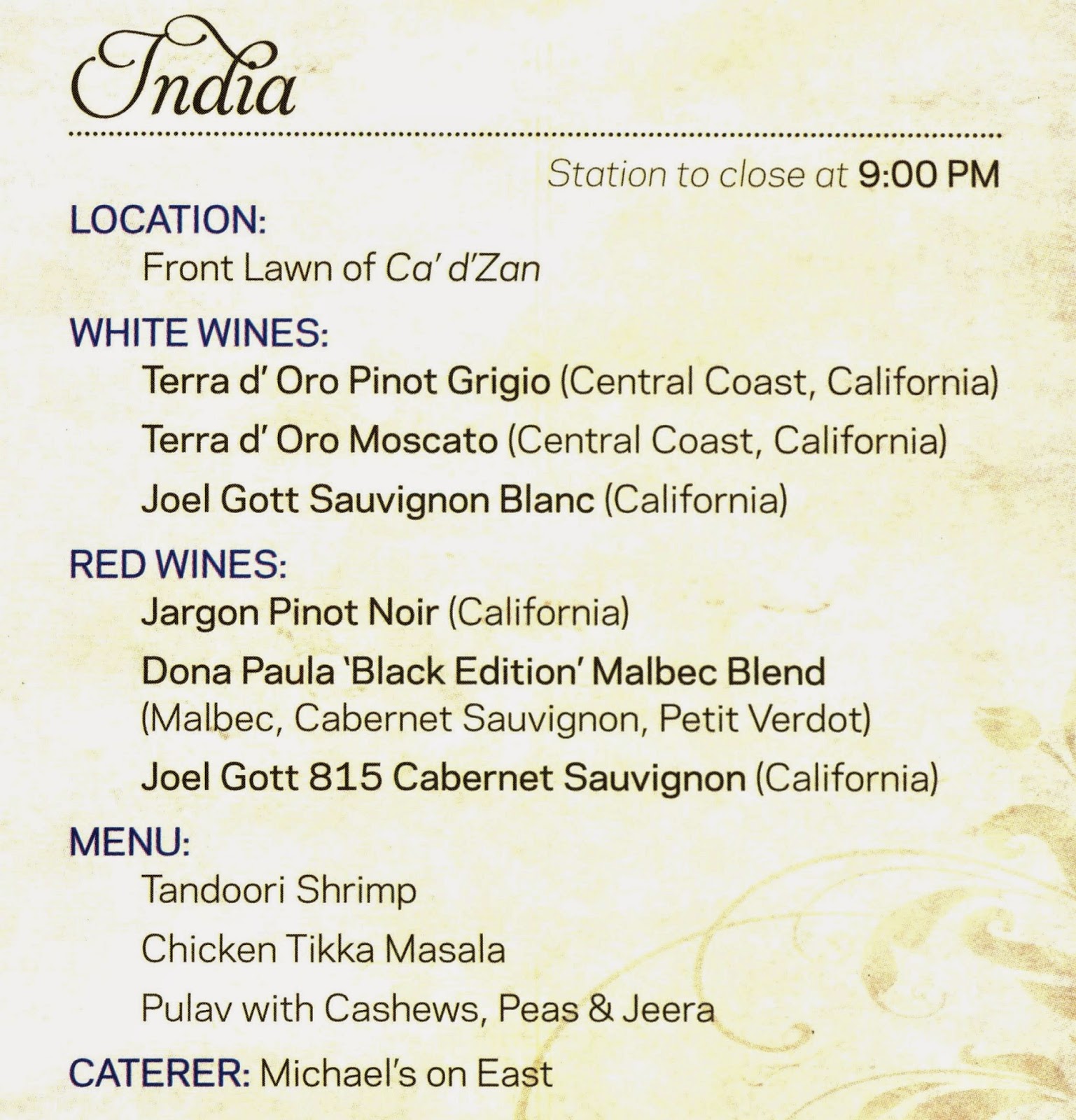 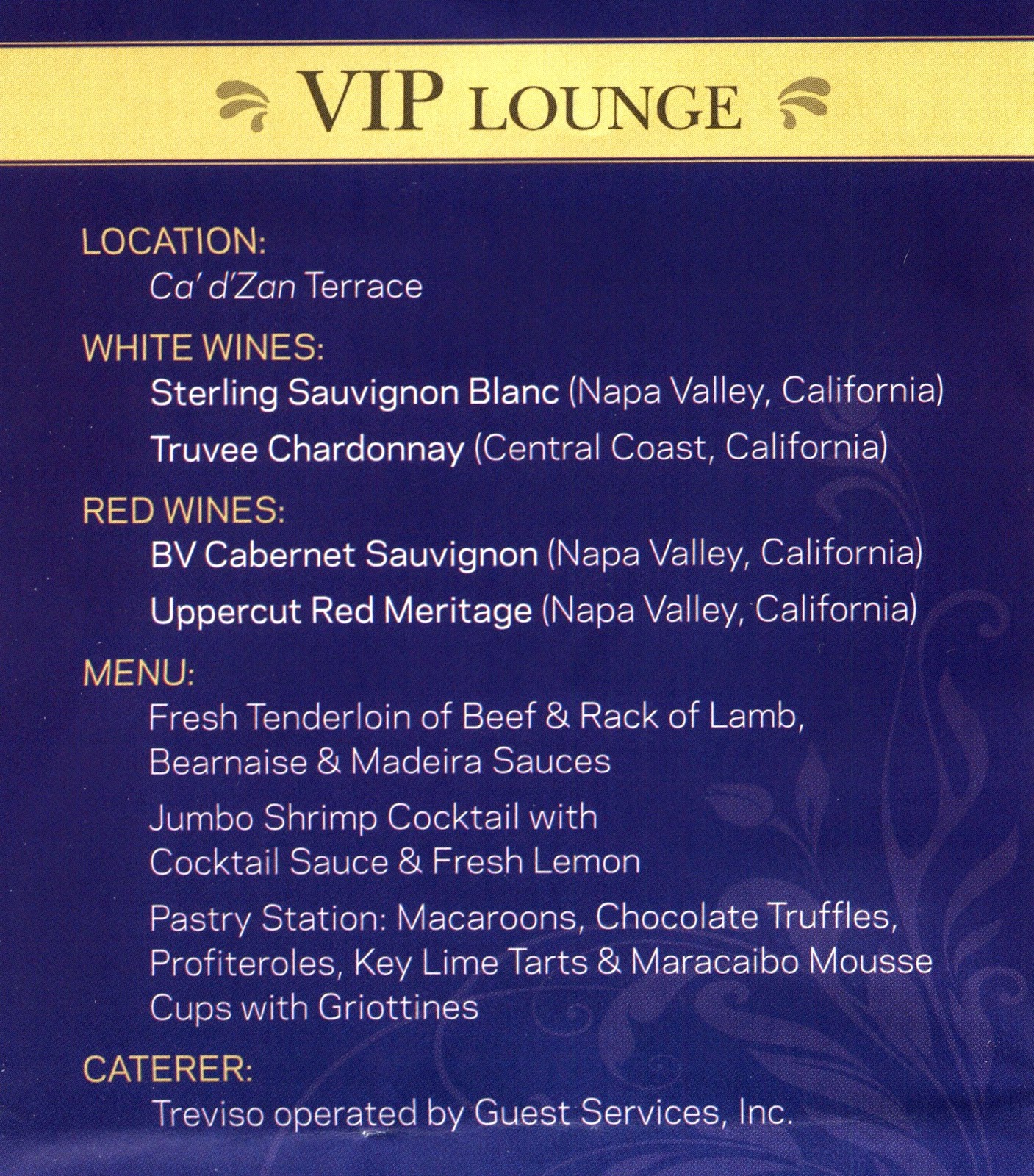 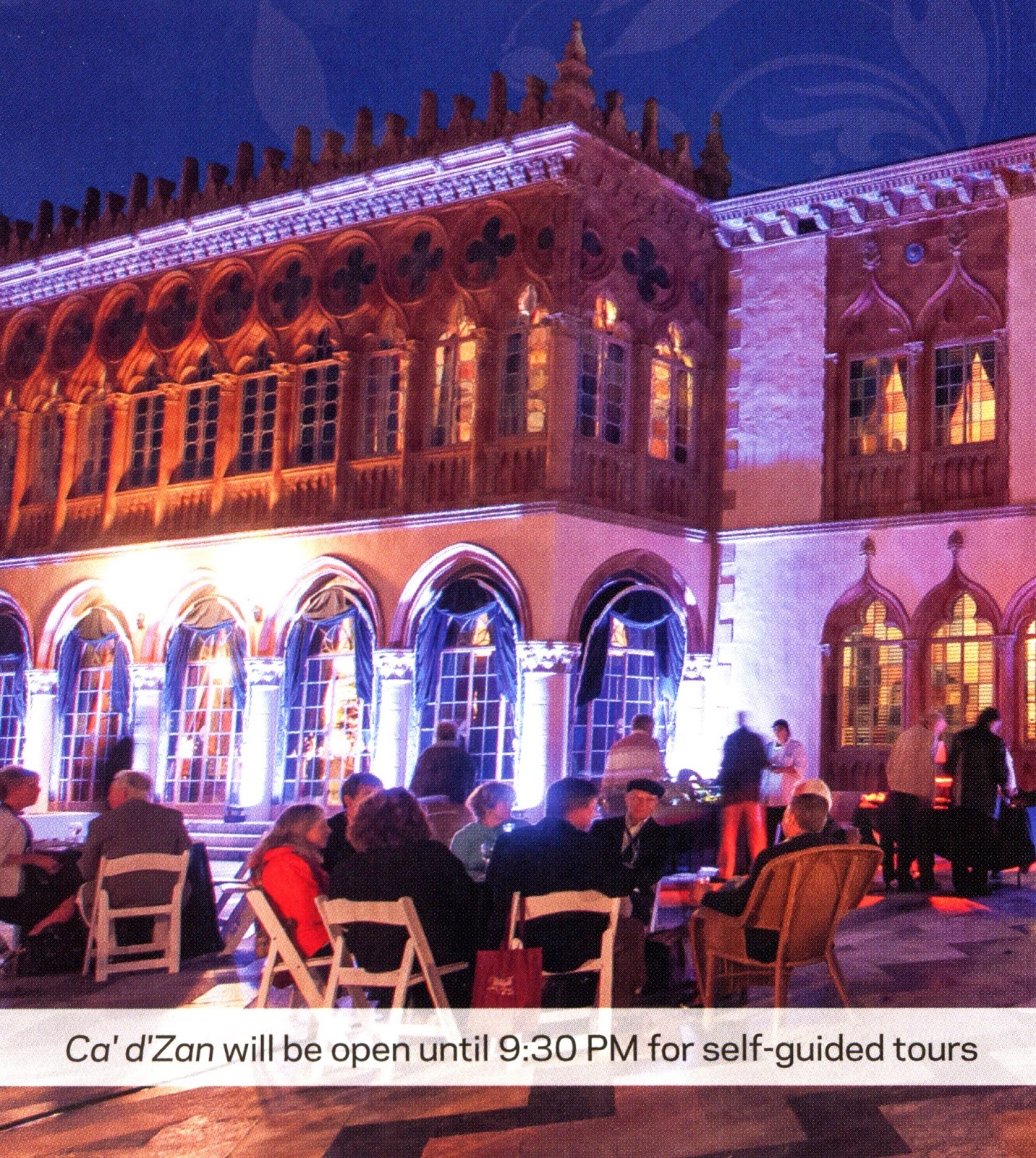 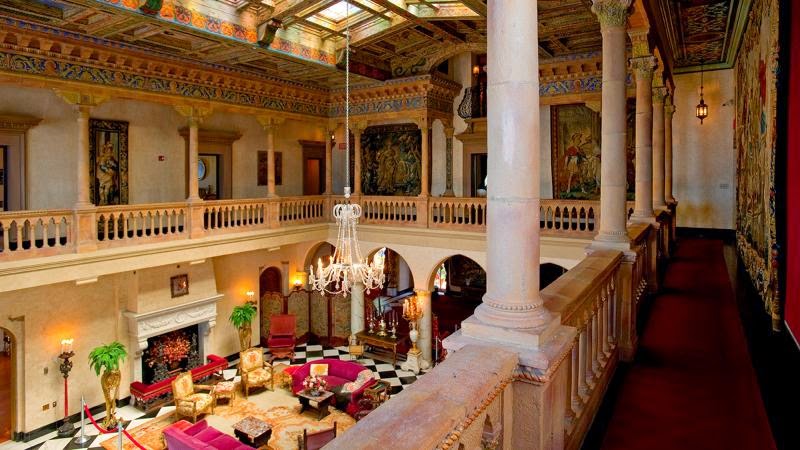 this would be an impressive thing to win- 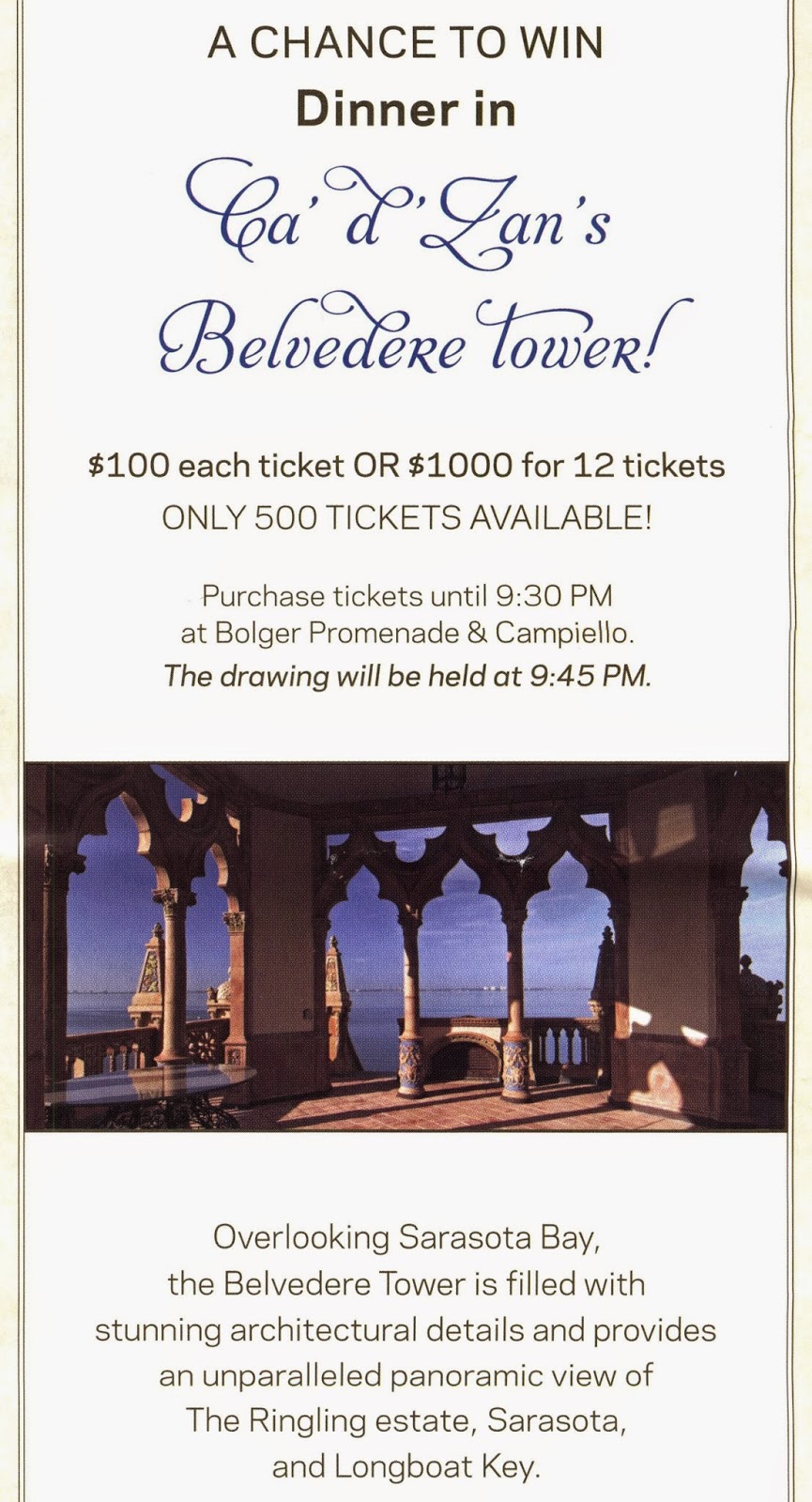 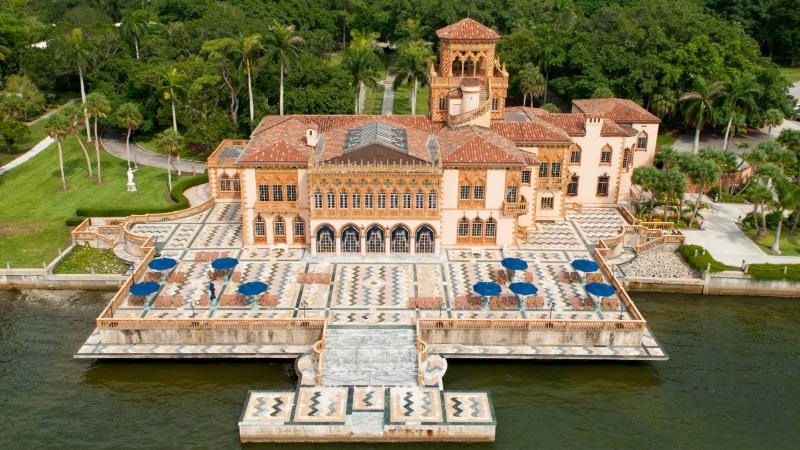 and here is the menu that we missed because they weren't ready despite the security forces holding everyone for five minutes past the opening hour- I would definitely skip having these folks do any catering for you! 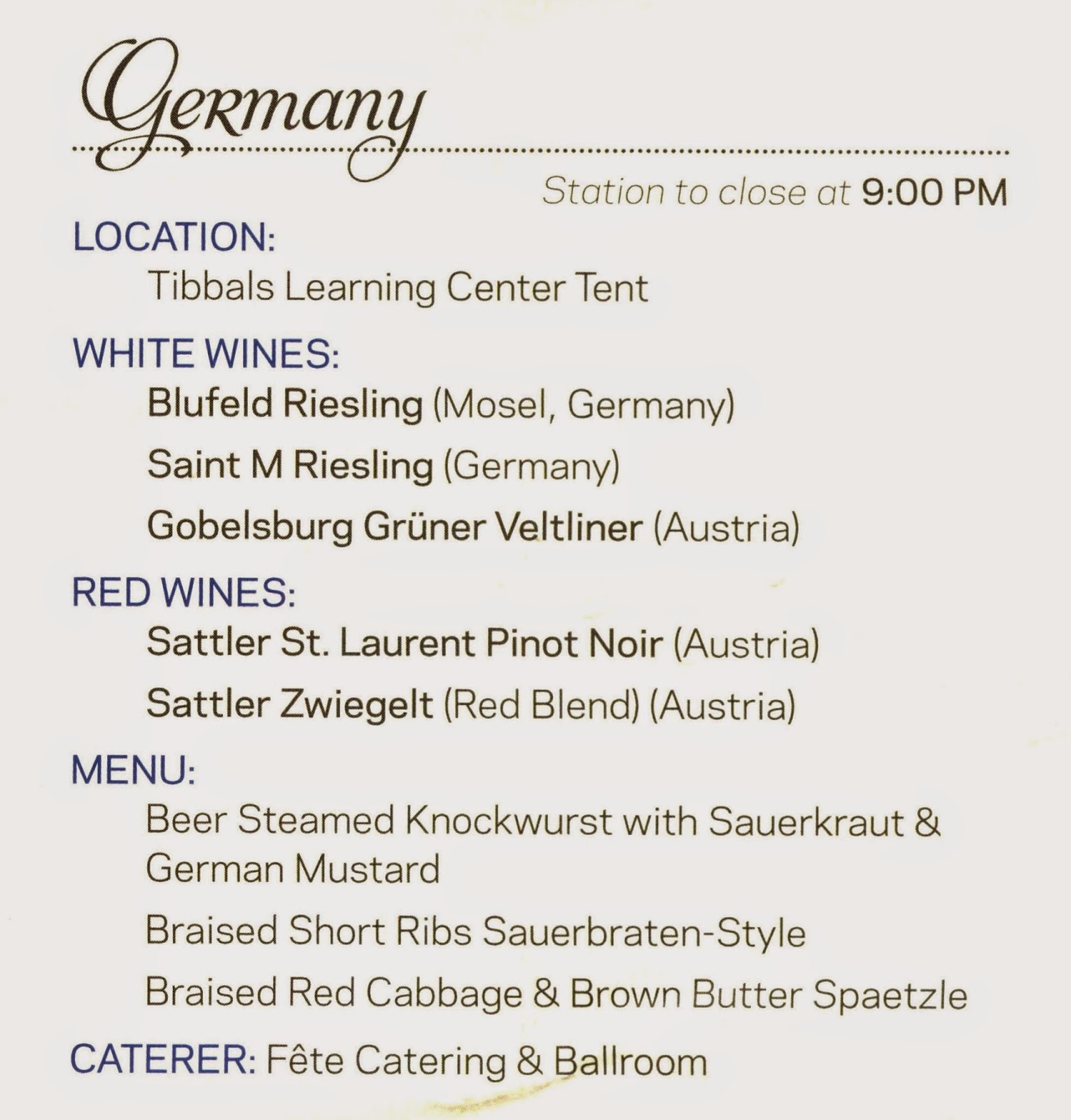 all in all a lovely evening but with some execution of logistics issues that made it just a shade under perfect...but hey, not everyone can be Pat Dudley! (the woman who ran the IPNC for many years) and so we continue towards our season's end- up tonight Itzhak Perlman at the Van Wezel. Stay tuned for more...
Posted by TOR at 10:15 AM