the very definition of charming

Although renown as a genius, a prodigy, virtuoso, and many other labels, the one I was bowled over by was how absolutely charming Itzhak Perlman was from the stage of the Van Wezel.  A terrific selection of music was made even more enjoyable by his lighthearted charm with the audience.  He was especially effective in teaching the audience (who must have been opera goers - who applaud at virtually every pause) about not applauding between movements of a composer's work.  He also had a moment or two of fun (for us) in teaching the tech staff about the lighting for the auditorium... house lights at 50% during the performance despite them being full bore for the entire first half of the program.

The timing of the concert (at 8 PM) meant we could all watch the sunset outside just before going in to our seats (fifth row center for us!) 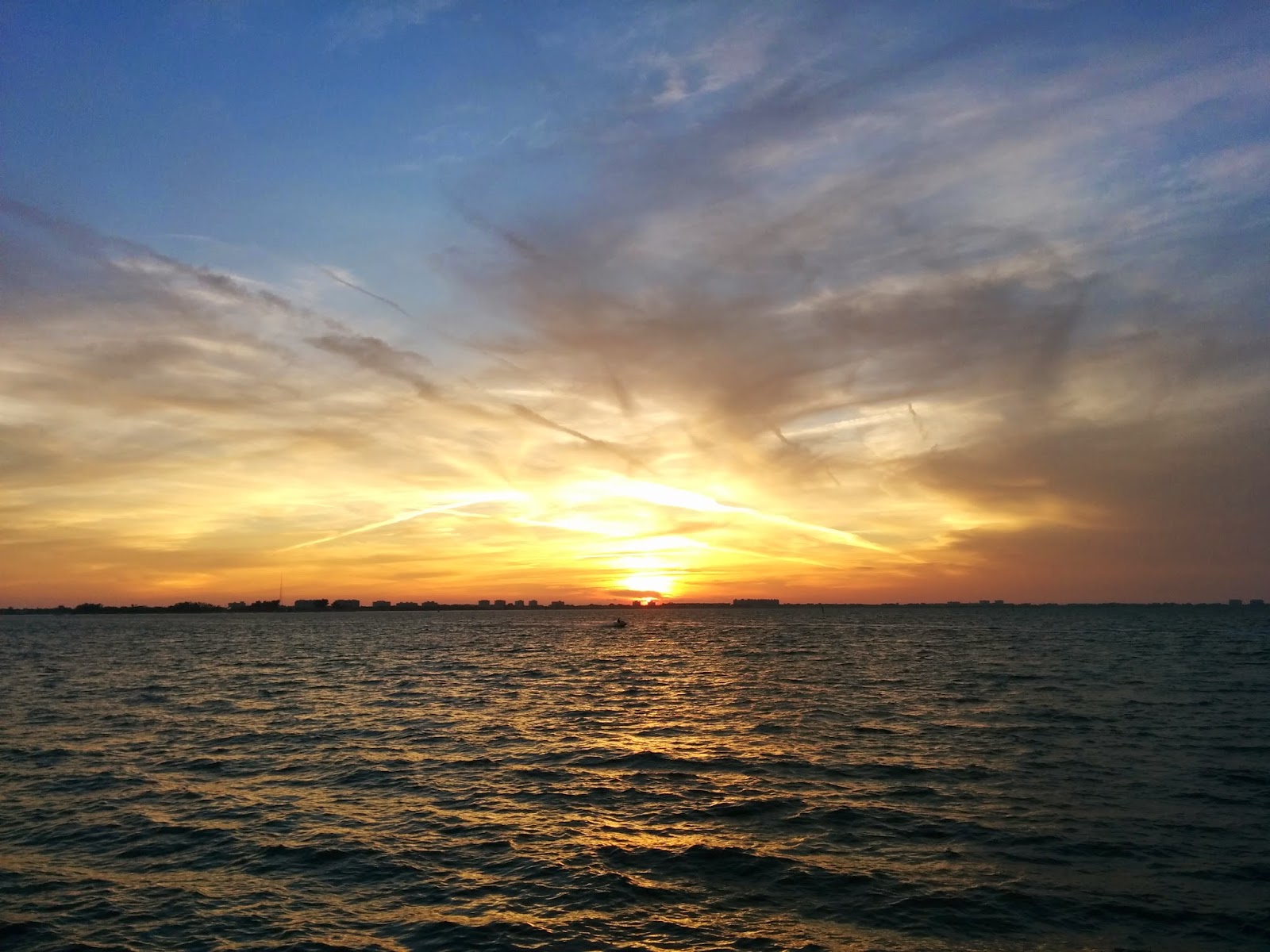 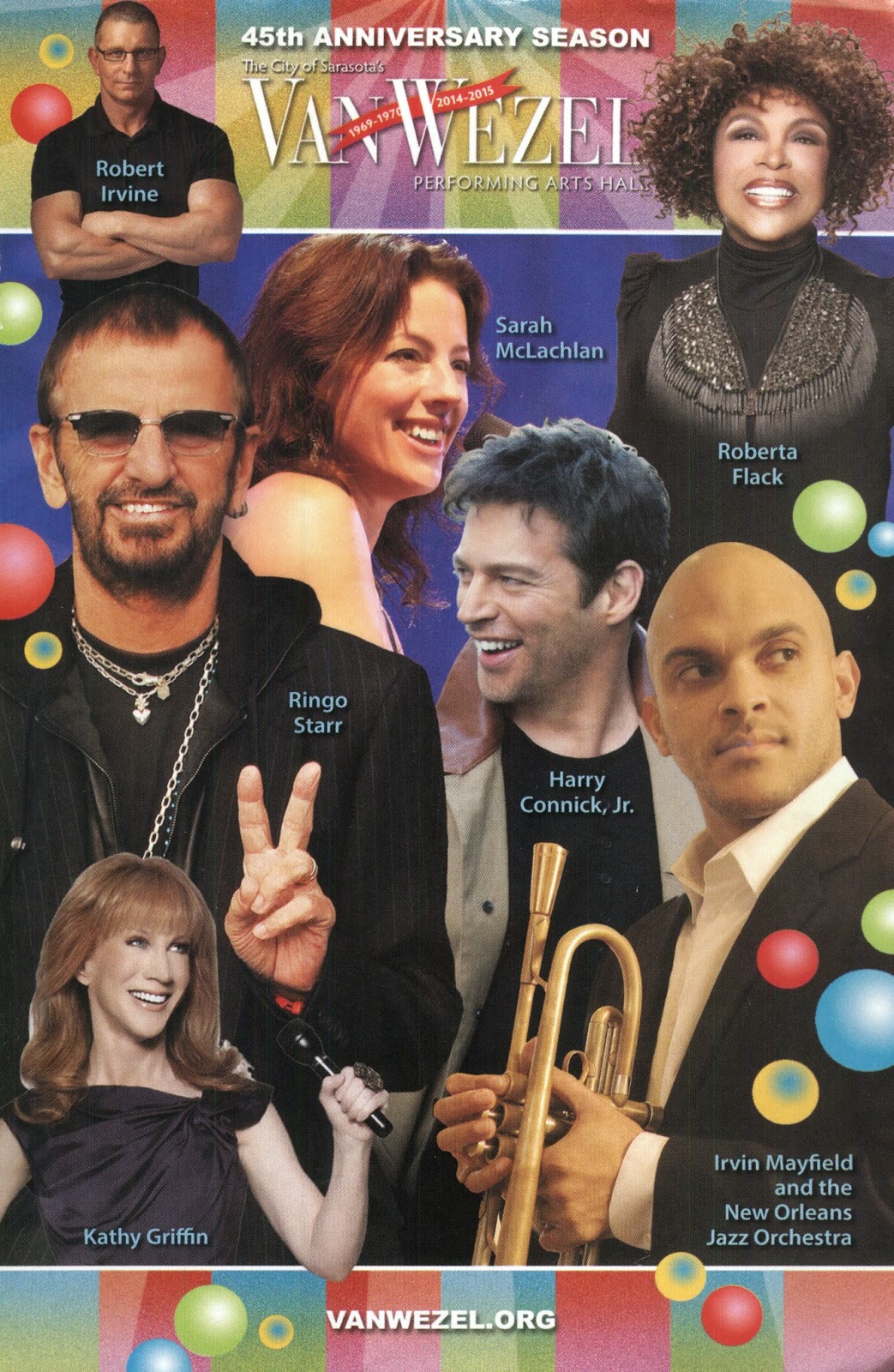 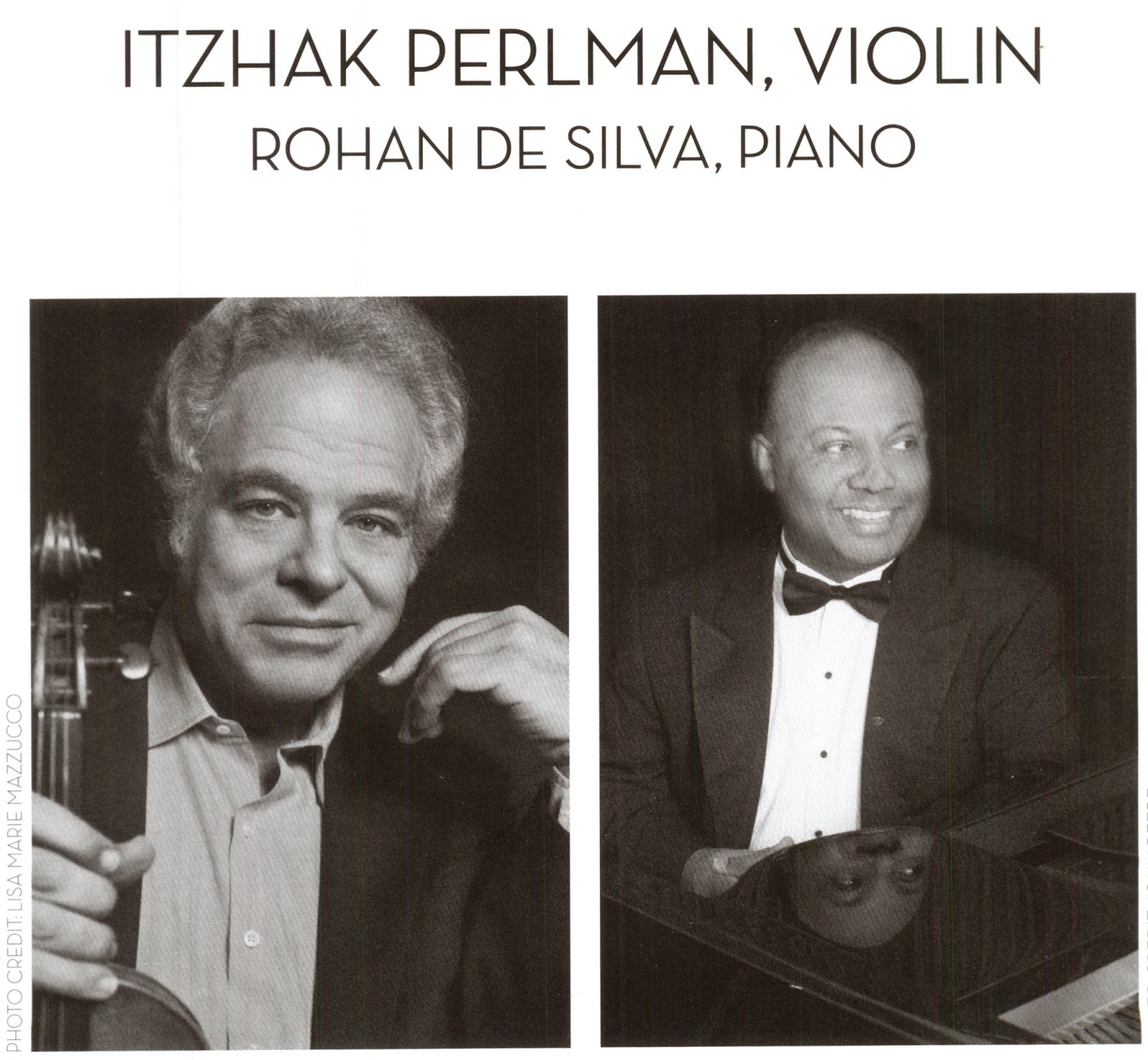 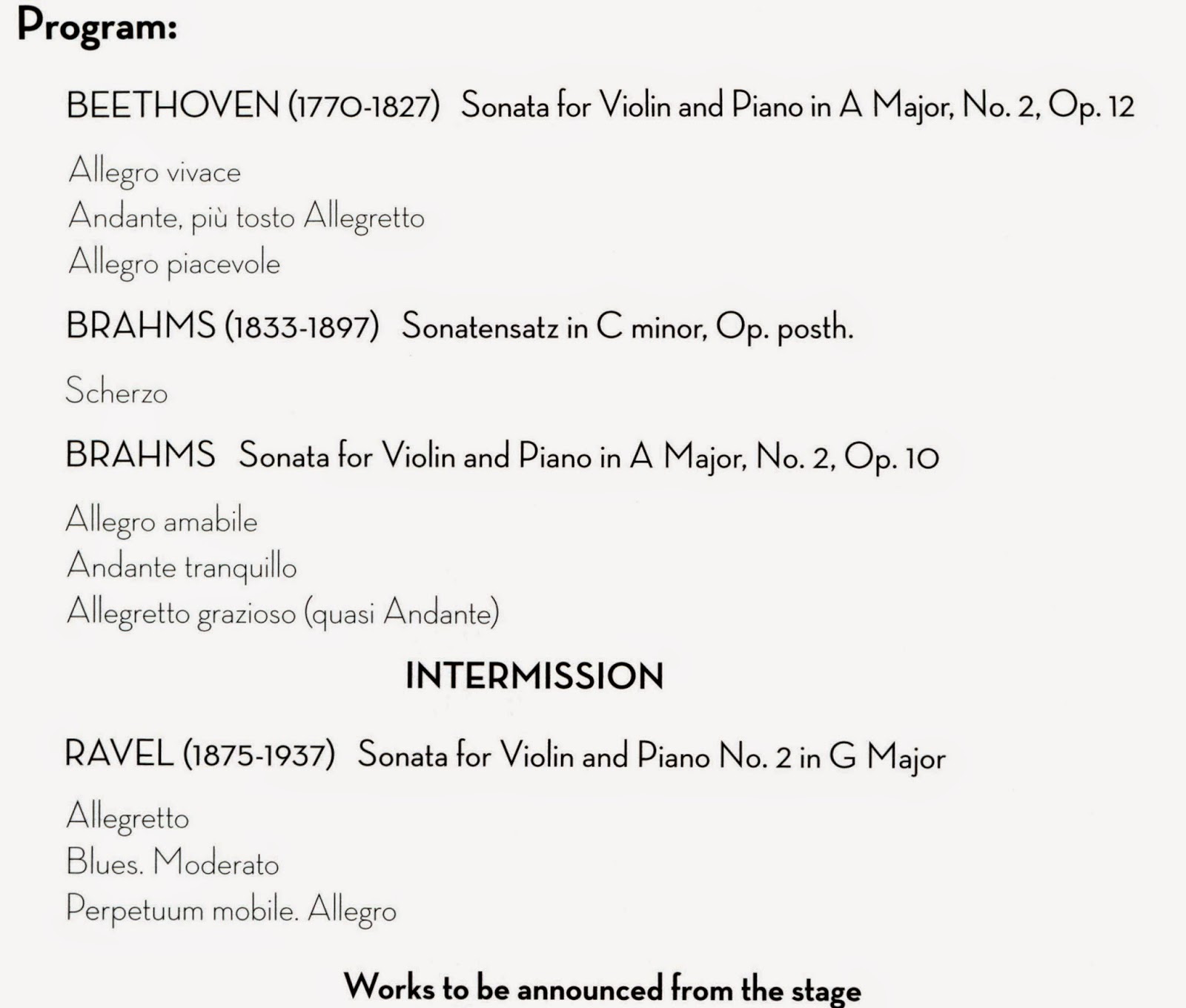 the works announced from the stage include a Prokofiev, a Tchaikovsky, the theme from
Schindler's List and several others... all performed after introductions by the again- very charming Perlman.

Phil said he could think of no artist as "decorated" as Itzhak Perlman and the information from the program would bear that out- he has received pretty much every possible award and then some I think... 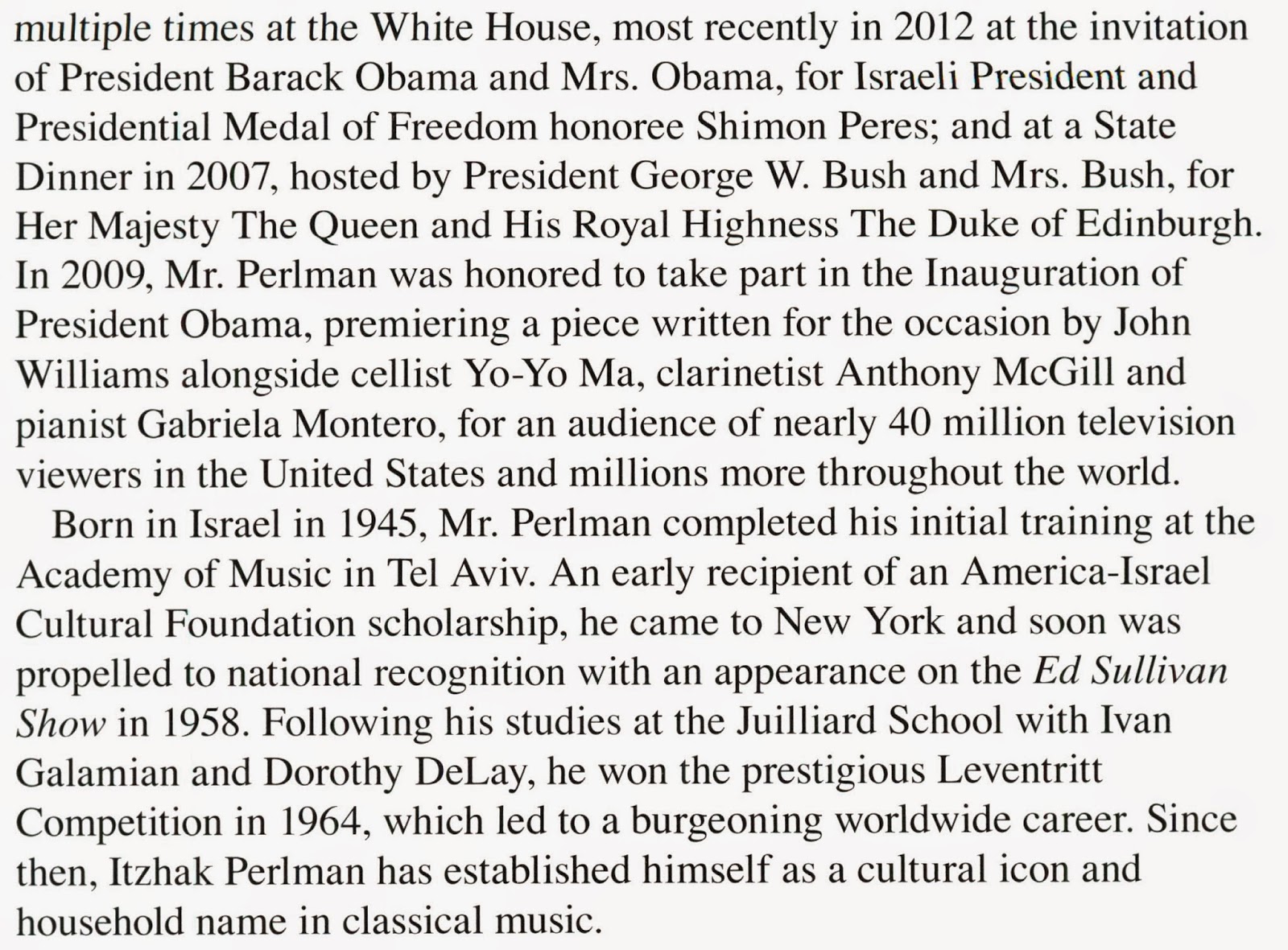 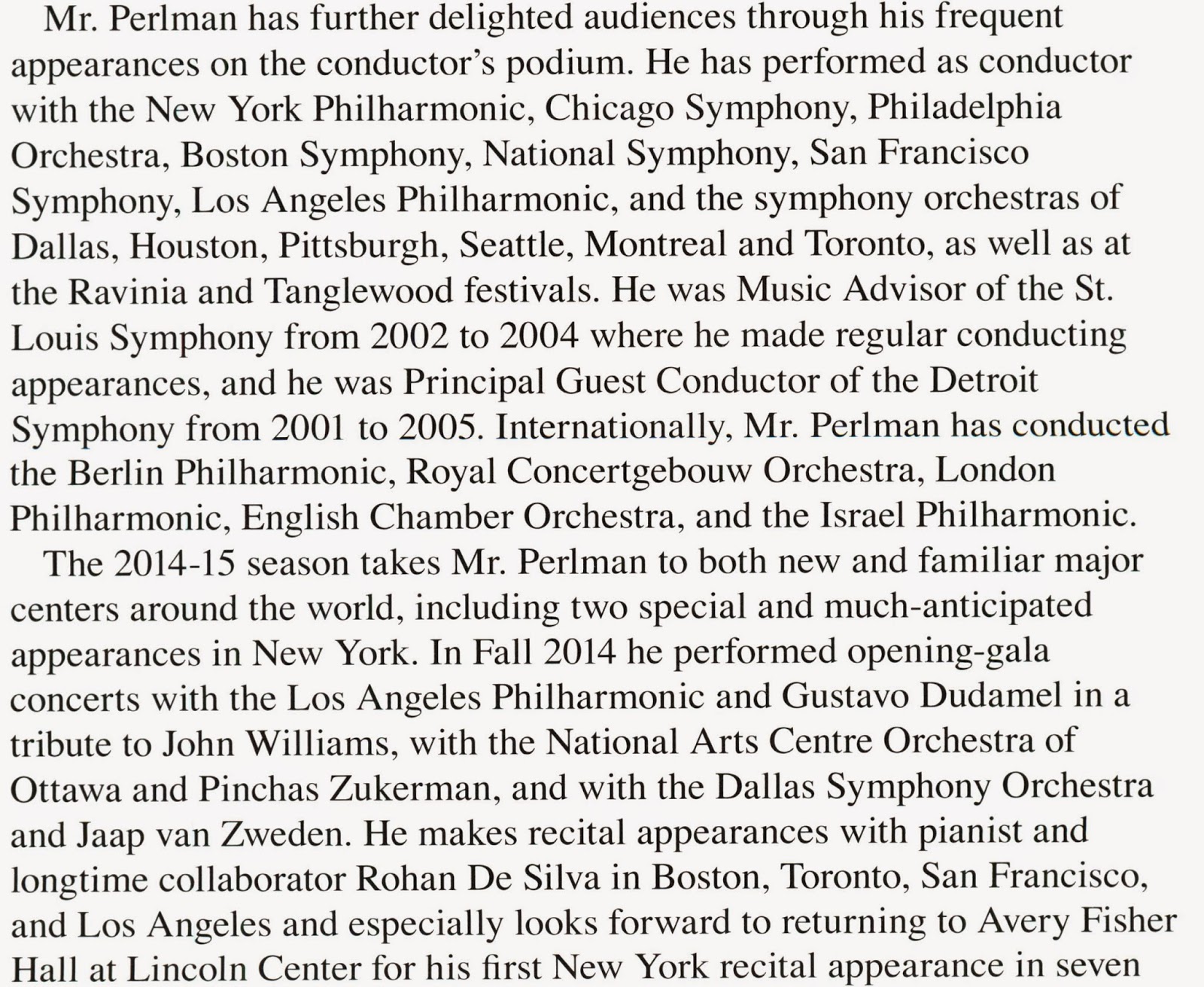 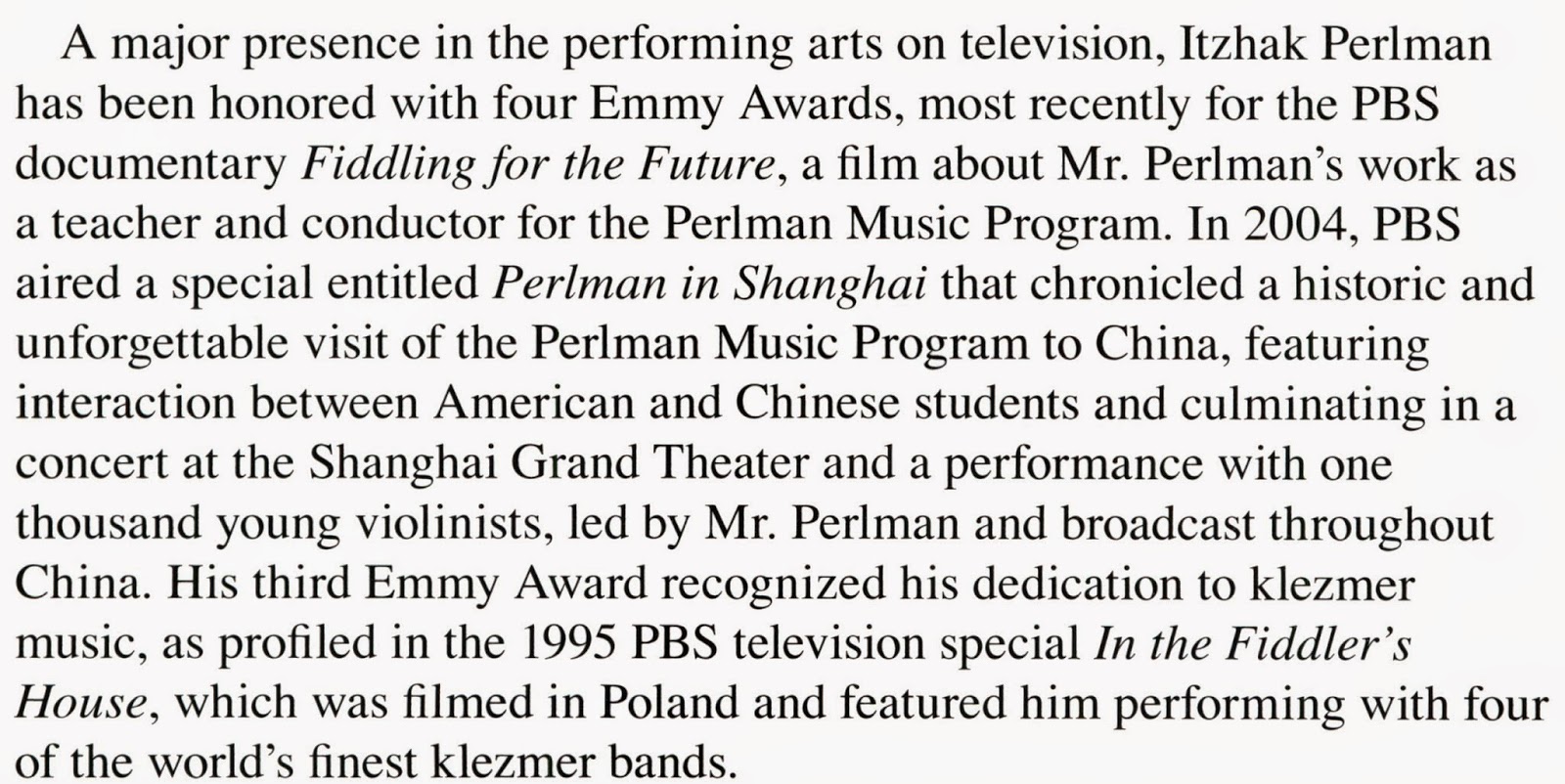 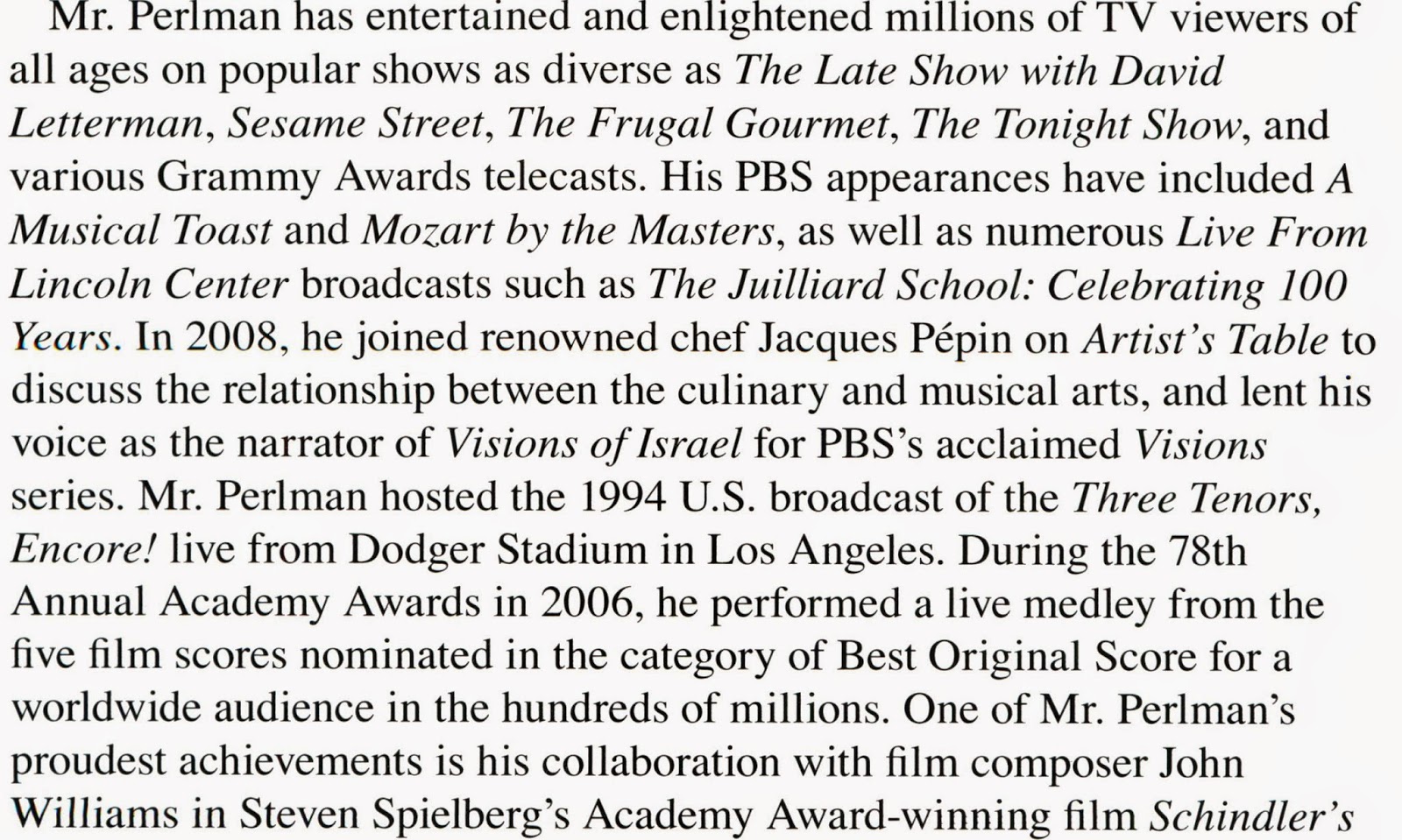 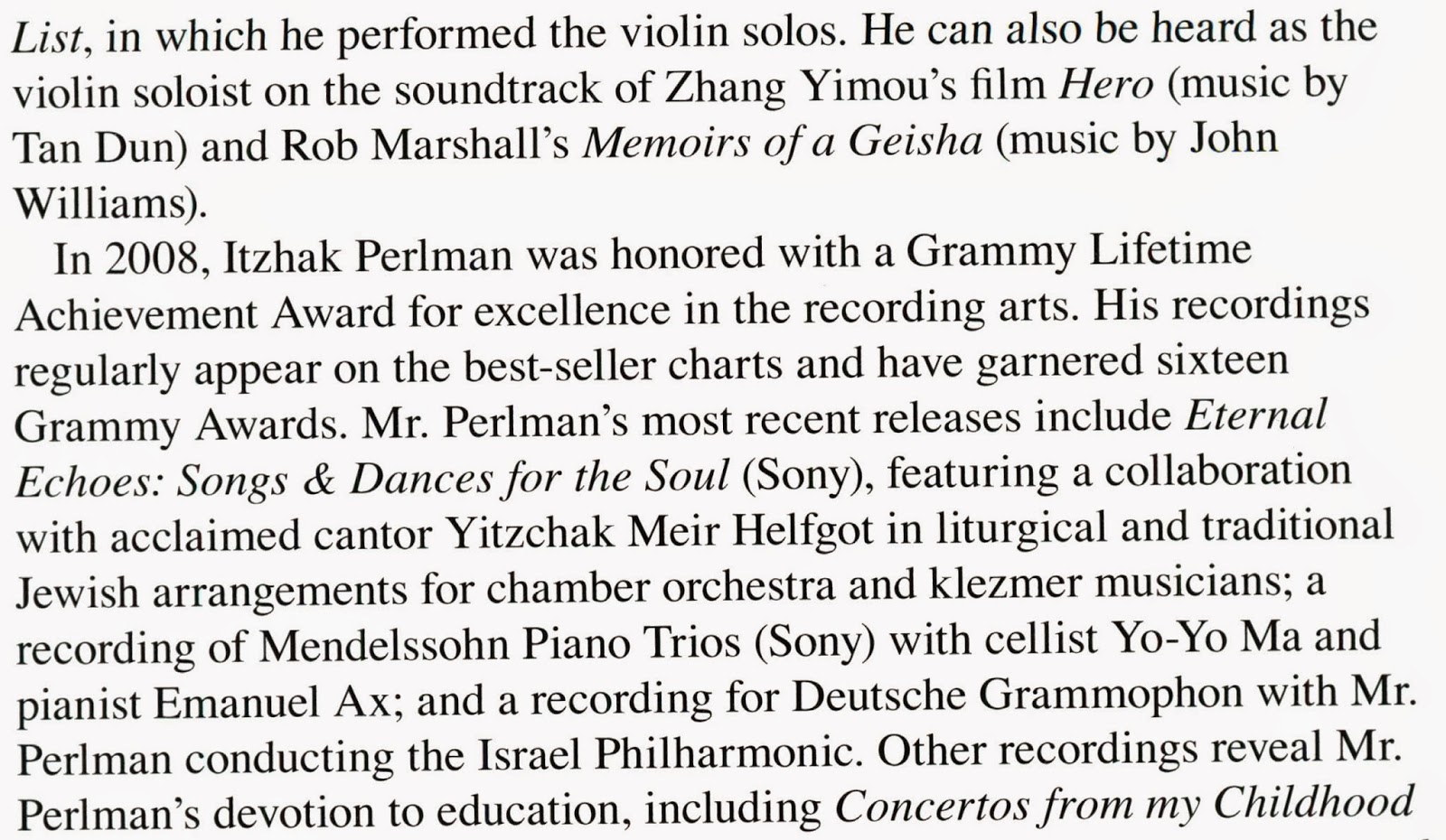 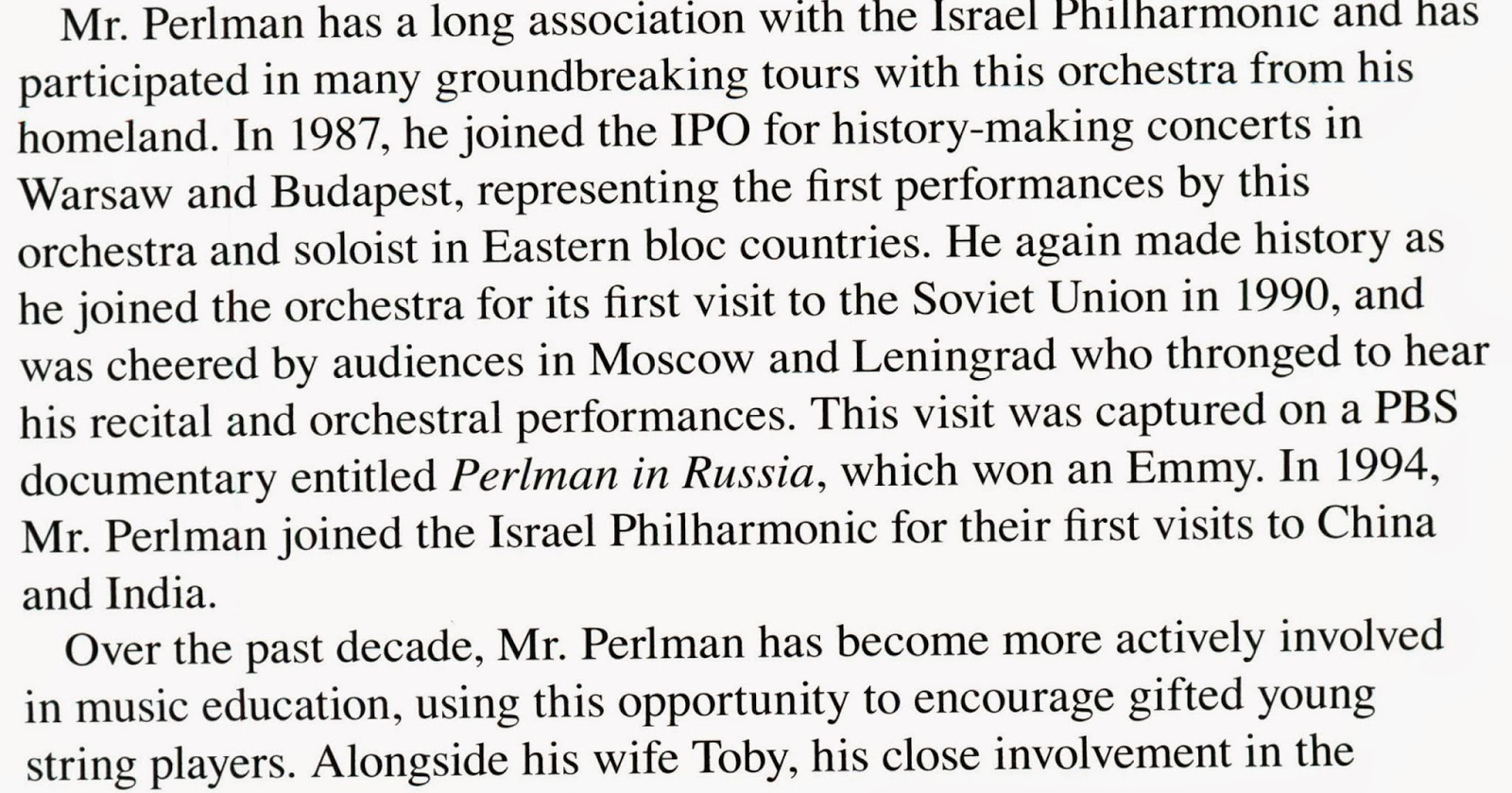 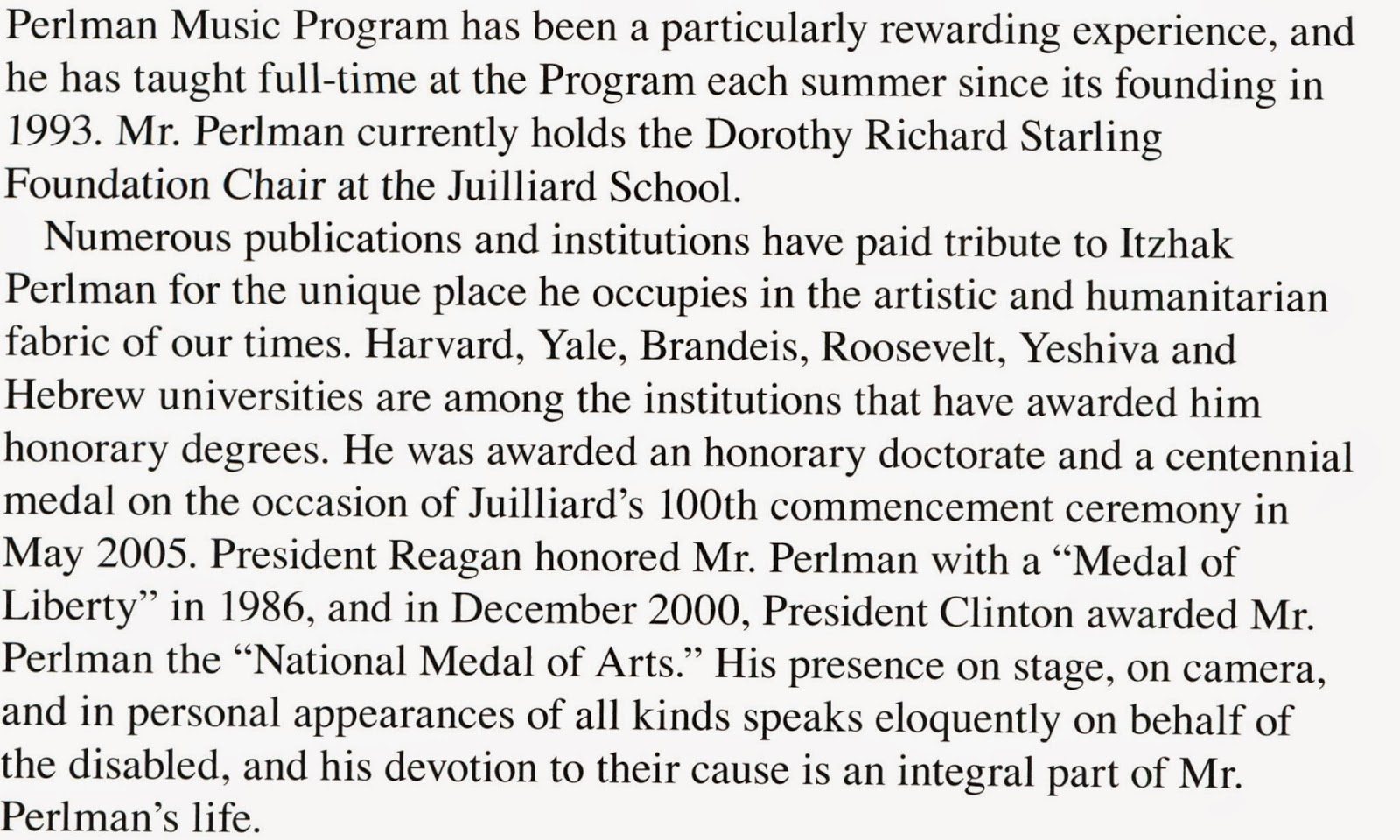 I also found the ten commandments worth considering -

Numbers VII and VIII being my own personal favorites - the singing along and shouting out song titles is probably my biggest pet peeve of this list of pet peeves.

we did the full concert series last year- with three excellent concerts - by the Haifa Symphony, by Joshua Bell and by Lang-Lang - recounted in this prior post: http://semifreelife.semifreelife.com/2014/01/tchaikovsky-gesundheit.html

this was the only one for this year, as we have expanded our cultural outings with other choices including things like the Julian Sands one man show on Pinter, the National Theater LIVE, and Fogartyville concerts.... but this was certainly an excellent choice! A fabulous talent!!!!

And today, we are off to Ed Smith Stadium to see the Cardinals versus the Orioles in a spring training game. It will be our first time in this venue. (we have done spring training stadiums for the Yankees, Braves, Twins, Tigers, and Pirates (x3 because this is our local Bradenton team). So far my favorite venue has been the Joker Marchant Stadium (Tigers in Lakeland) because they are near Plant City and served strawberry shortcake with ice cream!!!    So I will report back on the experience at the Orioles- Cards game in Sarasota...
Posted by TOR at 10:04 AM