a trip my mom missed

About a year and a half before my mother died she became very ill.  She had metastatic breast cancer and it had spread to bone marrow and was causing her not to produce the blood cells that carry oxygen throughout the body. She had been transferred to a nursing home from the hospital and the doctor said she probably had three months but that it could be less than that. Each week we got her blood numbers and watched them decline to the point where a doctor friend of mine asked me if I wanted him to meet me in Cincinnati as it was near the end based on the numbers - as he put it "these numbers are not compatible with life"...

But my mother had other plans-

At that time my sister was also extremely ill and was being hospitalized for several extended periods of time including a couple of months in a rehab facility after more than a month on a ventilator.  She had the autoimmune disorder polymyositis.  And the bottom line with my mom was she wasn't going while my sister was sick.  We didn't tell my sister how sick my mother was, because my sister was so sick she didn't need anymore to deal with. 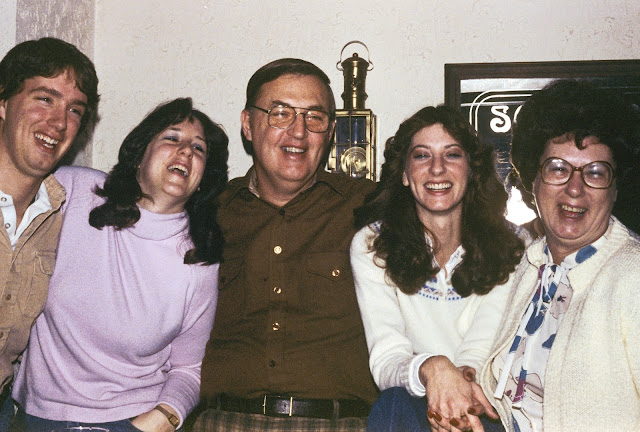 By the time my mother was turning 80 in January of 2010 - she had had a somewhat miraculous recovery and was ensconced in an assisted living facility where she was on the competitive Trivia team. My sister was at the party we threw for my mom's big birthday- she was still too weak to walk any distance so she had wheelchair assistance, but she was upbeat and everyone commented on how well she looked.

And why do I mention all this? Because in December of 2009 we took a trip- ah, but let me backtrack a bit further... years earlier my mother and I had made a pact that when she died I would scatter her ashes in the lagoon in Venice and the outer islands.  We had both fallen in love with the lagoon - especially Torcello - on a trip there and thought it would be a perfect resting place for a traveler.  But when my mother got so sick in the spring of 2009 the plan was changed.  Now it would be a bit more complex, as I would take some of her ashes to countries that I visited (but that she hadn't yet visited) and that way she could "go" to places on her list.  We thought it was brilliant!

Phil and I had planned a December 2009 trip to Israel.  I had thought back in the summer of 2009 that my mom would be "going" with us. Thankfully, that turned out to not be the case. And so we celebrated her 80th birthday in January 2010 with her sister and brother in law, her children and their spouses, her nieces and their spouses, and all five of her grandchildren!

So with both my mother and sister doing relatively fine, off we went to Israel in December of 2009.  While there we got a chance to meet up with a couple of Phil's distant relatives.  One night we met Amnon and his family.  We shared a meal at their home and were warmly welcomed by all.  It was on this night that we met Amnon's son Iddo (whose name you may recall from any number of prior posts including the most recent Ireland posts)

We sandwiched this Israel trip with family visits on either end, but the bulk of the time would be taken up by a guided trip around the country to have a chance to see "all" of the Israels - not just the Jewish one or the Christian one or the Roman one, etc....  To start it off, we stopped in Rome on the way over for a few days and on the first day in Israel we skipped down to Eilat and crossed over into Jordan to do a day (very long one) trip to Petra.  I had been to Petra in January 2001 - in the trip where I had met Jennifer Bater (my "danger zone" travel bud of more than a decade - SARS in Asia? Arab Spring Tunisia? Cuba in early 2012? we were there together!) Phil had not been to Petra and this is a bucket list place that simply could not be missed when we were so close. 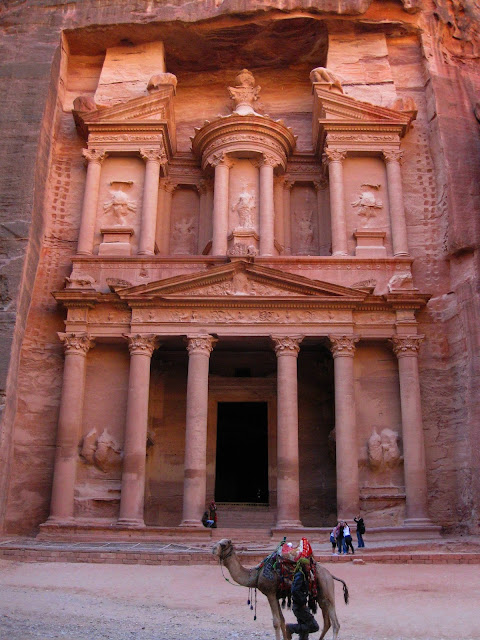 I had been hesitant to do a trip to Israel but found it to be a fascinating place and would recommend it to anyone regardless of your background.  For me - a person with NO religious background - it was pretty much a clean slate in a social, geo-political, religious sense.  I had no idea what it would be like.  We made a loop around the country- and visited some wonderful places- (this is not exactly our route because we did go up to the Druze Village and the Golan etc... and to the border with Lebanon along the sea where Rosh Hanikra is located) 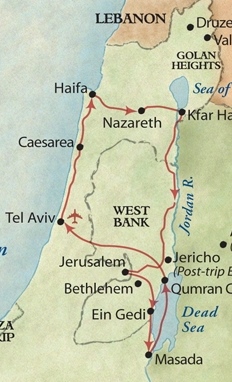 so among our stops along the way - which my mom never did get to- were the following places in alphabetical order - Akko, Caesarea, Dead Sea, Druze Village, Ein Gedi, Galilee, Gamla, Haifa, Jerusalem, a Kibbutz, Masada, a Moshav, Nazareth, the Negev, Rosh Hanikra, Safed, Tel Aviv, Tsipori, the Valley of Tears - so you can see (or read) that we were able to experience the full spectrum of Israeli tourist attractions.  For instance, while our daughter Angela has been on a birthright trip and our nephew Jack was on a USY trip there last month, I think their trips probably didn't take much time at the garden at Gethsemane, or the location of the Sermon on the Mount... maybe I am wrong.... I really wanted a multi-denominational approach and that was what I got...

So here are some photo highlights...  you only get one from each location because there were 300 or more good photos IMHO - LOL 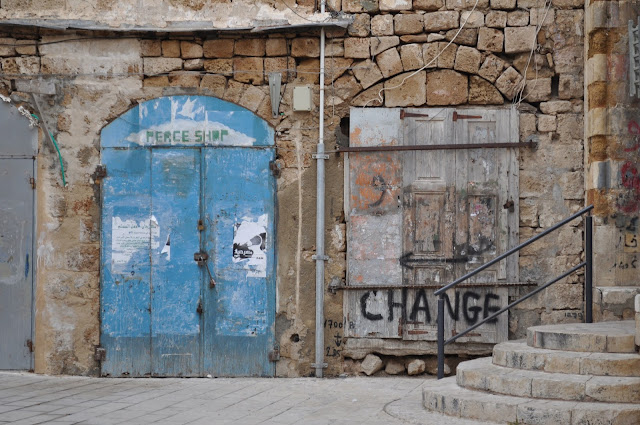 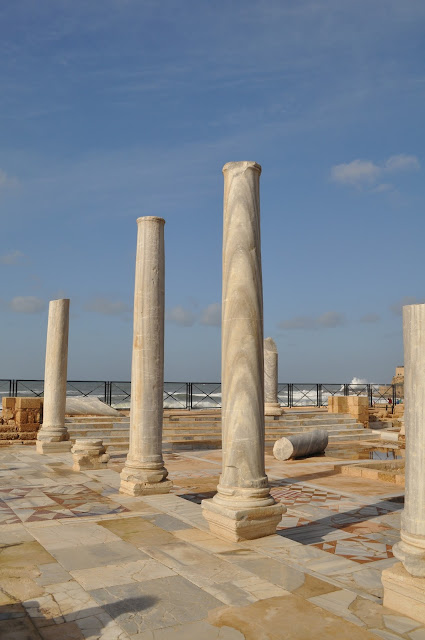 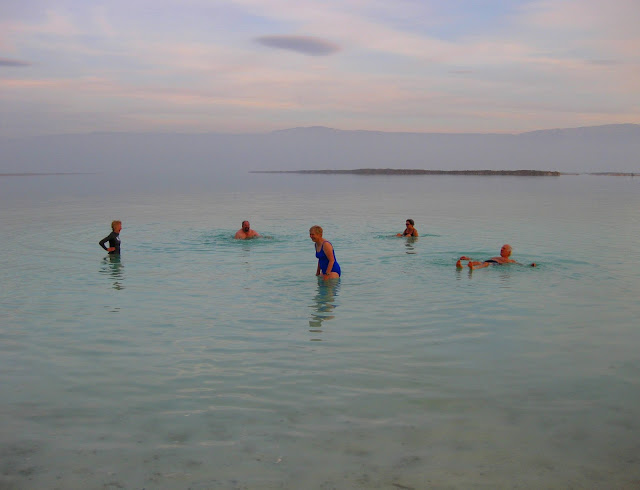 our lunch with the Druze family- 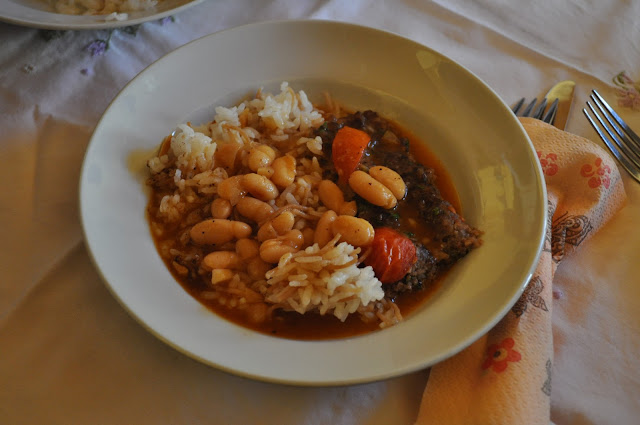 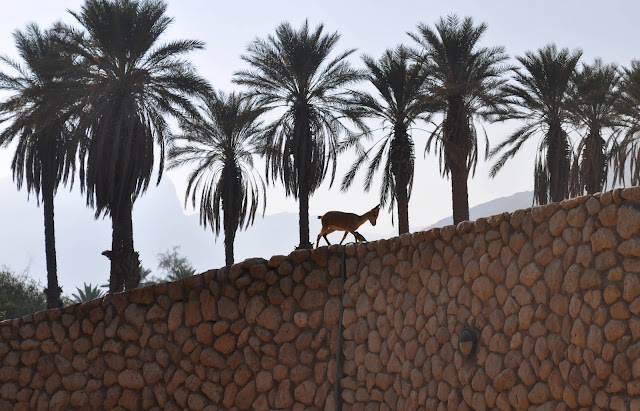 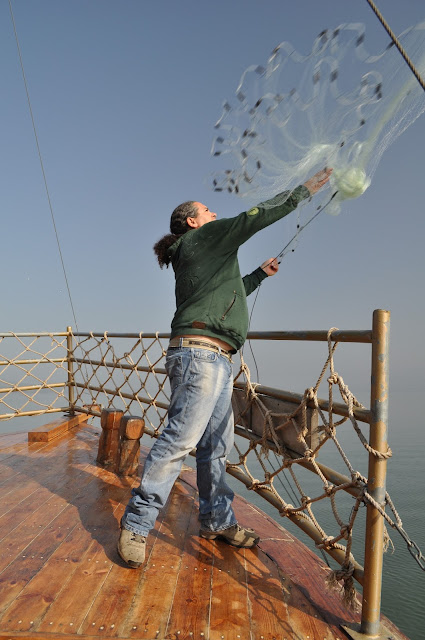 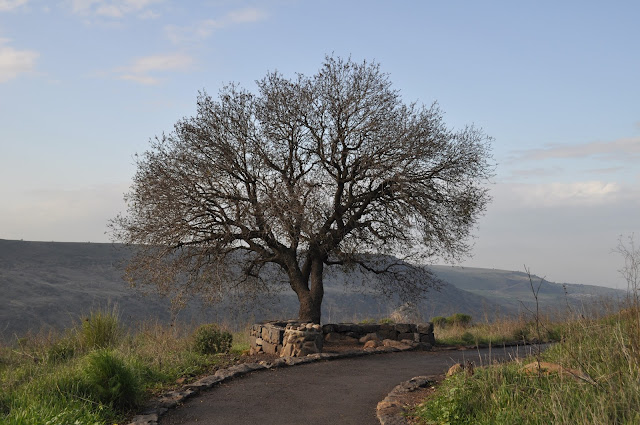 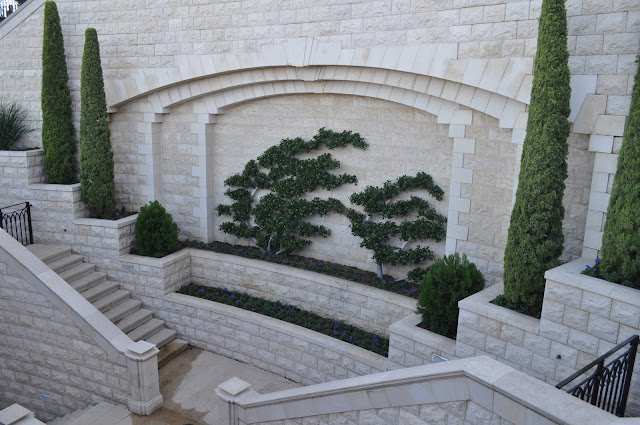 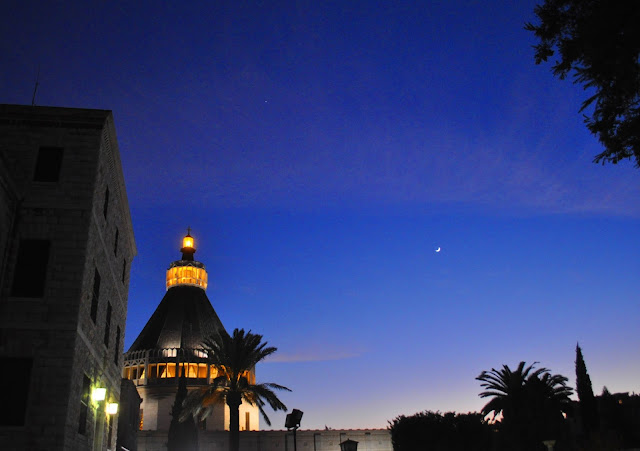 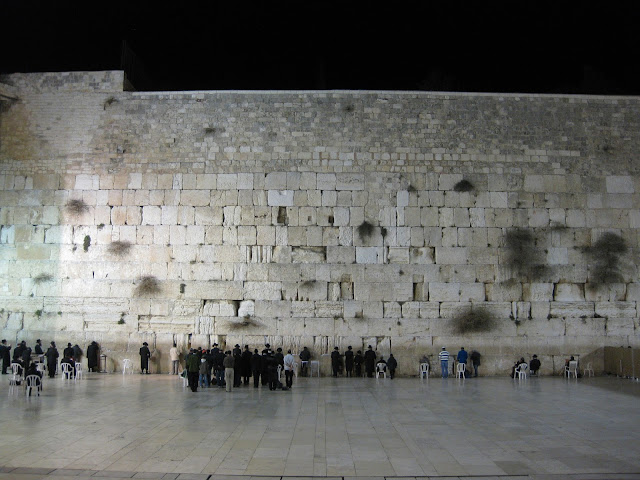 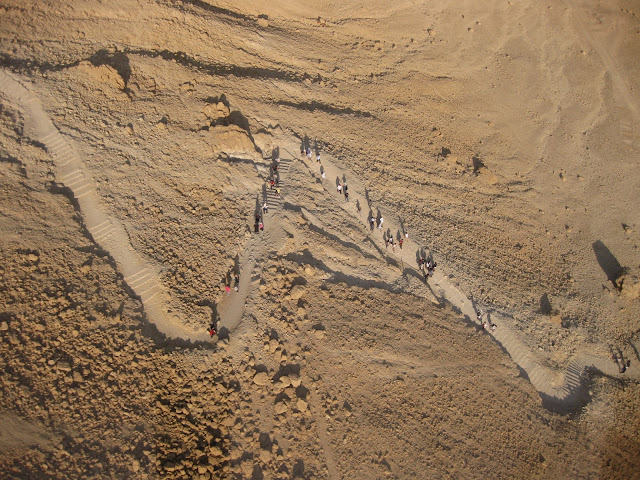 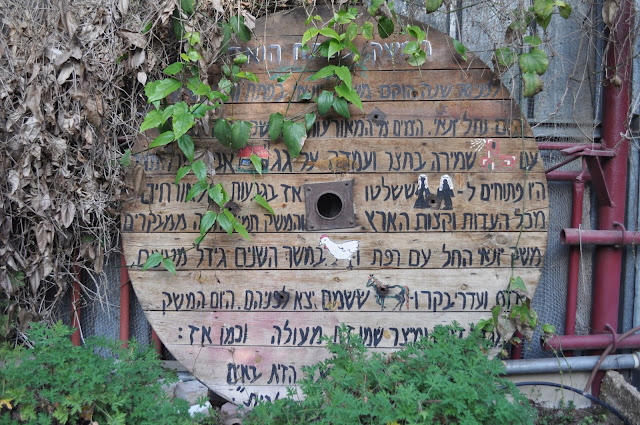 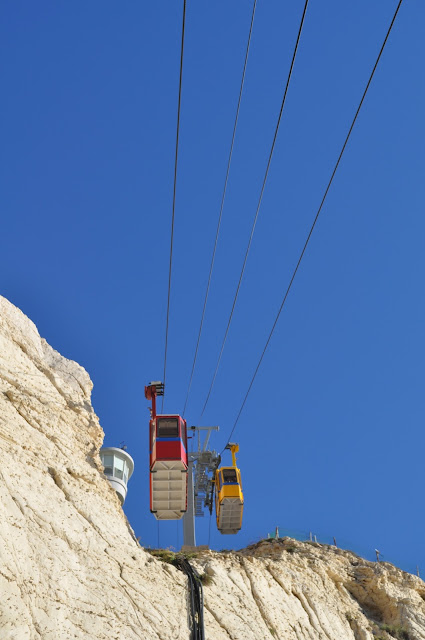 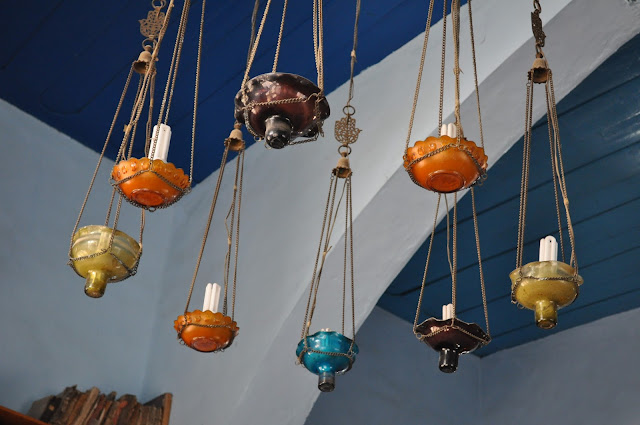 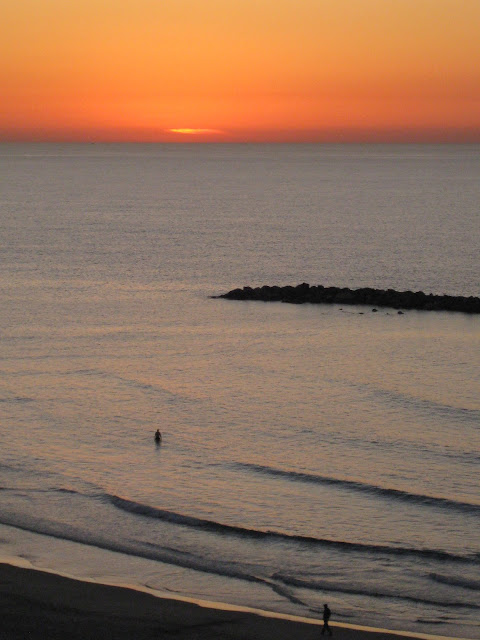 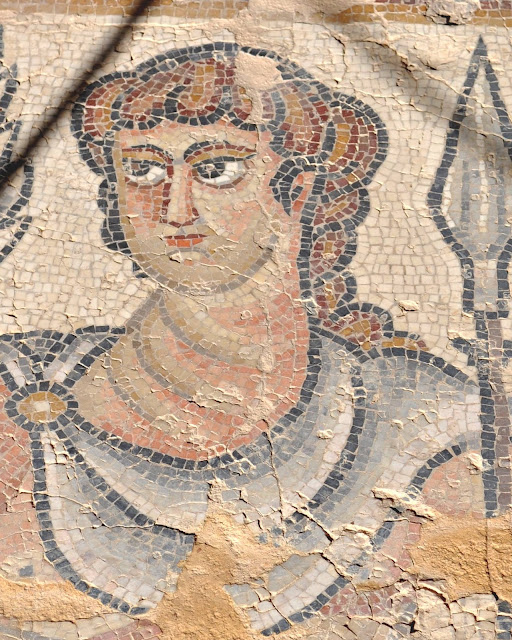 the Valley of Tears- 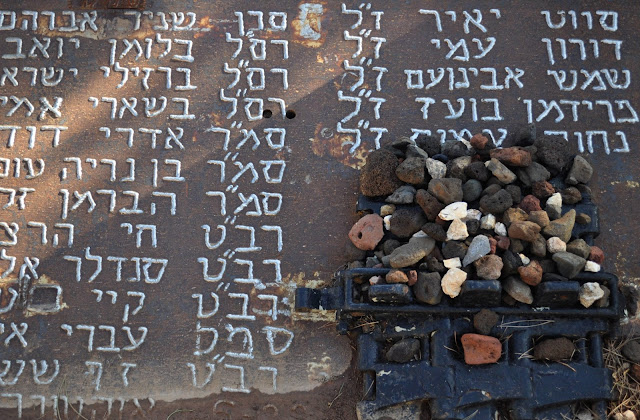 All in all it was an excellent trip and as a result of making the visit we made a friend of our "cousin" Iddo, who we stay in touch with and hope to see again soon... and in case you forgot what Iddo looks like- here is a photo from when he spent time in Chicago- 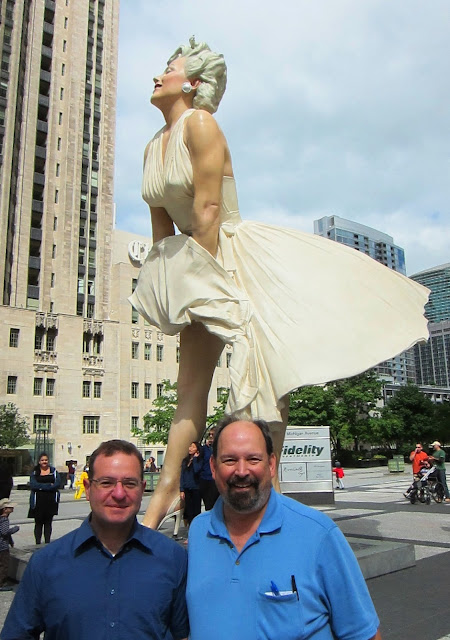 so to finish the story - after the big birthday party my sister had a relapse and then was diagnosed with lung cancer which ultimately took her life in June 2010- my mother, who had held on so long left us in December of 2010... and while she didn't get to Israel- the following years she managed to make trips to a number of new countries including Tunisia (after the revolution and before the elections of the Muslim Brotherhood) and Bolivia  and the Galapagos and many more - so all's well that ends well!