we arrive in Odessa

on the morning of our transfer we are supposed to meet a guy named Valentin who will come from Ukraine and drive us from Moldova (Chisinau) to Odessa and handle the border crossing.  So when we come down and we get into the vehicle the guy says he is Valery and not Valentin and he speaks no English... we then proceed to head to Transnistria.  This was somewhat disconcerting because yesterday Natalya said they would most likely NOT do the double border crossing but would go around Transnistria.

the good news is- we now where the toilet stop is from the day before and I draw a picture of the place to stop and we gesture wildly when the place is coming up- the driver stops and we run into the store (SHERIFF) and as we are leaving the toilet area he comes in as well - clearly he didn't know this place... we go through the second border crossing and after the driver gets us into Ukraine he drives like a madman on some of the worst roads we have been on since Bhutan... the phone keeps ringing (we later find out it is Iryna asking him "where are you now?" LOL)

we drive by vast fields of grain - huge fields- and of course we turn to each other and say "breadbasket of Russia" LOL.... it was the only thing we knew about Ukraine when we were growing up.  Now due to its unfortunate relationship with Putin, we all know much more about Ukraine.

Last year - exactly one year earlier than this trip- we had been scheduled to visit the Crimea after some time in Kiev and then we were to go on to Moldova and Romania... and when that trip was canceled- when Russia invaded the Crimea-  we had to regroup.  So we came at the area from the other side- Bulgaria - then Romania and then Moldova and arranged to have Iryna meet us in Odessa (we had been scheduled last year to be together in Kiev - much closer to her home in Lviv) and this year we are lucky enough to meet up.  I doubt now that we will ever get to the Crimea- even "locals" don't go there and by that I mean Ukrainians from Odessa which is not far at all... last year we were going to go by bus from Crimea (Yalta, Sebastopol etc..) to Odessa... oh well..

Back to this year- we finally arrive at the hotel in mid afternoon - and who is waiting for us in front of the hotel? Iryna!!!! Our dear friend - we met in 2006 in Ukraine while visiting with Steve and Larry - searching for the family roots in Volodimir and Kovel and Rivne...parted for too long but in touch regularly via email and FB...

we head to our room and start the process of catching up in person.... then we have an early dinner reservation close to the opera house as Iryna has procured opera tickets for us for a performance of Carmen.

here is is our dinner 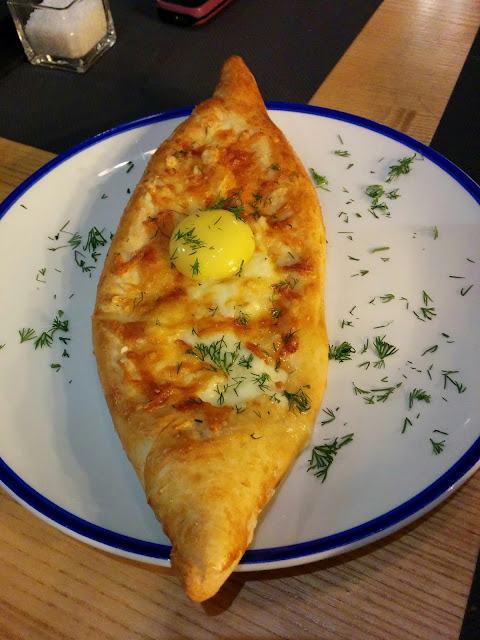 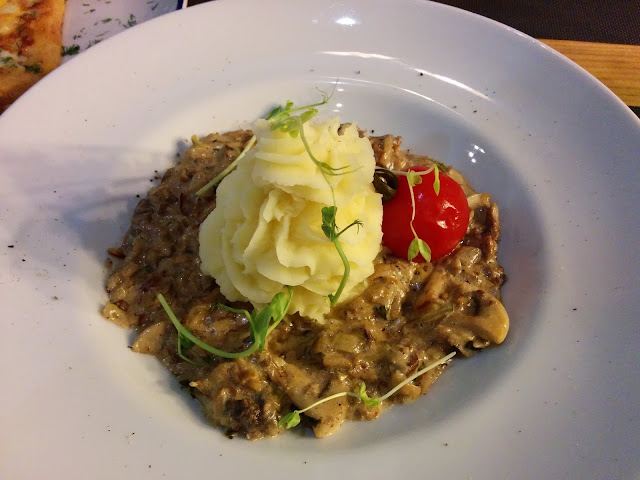 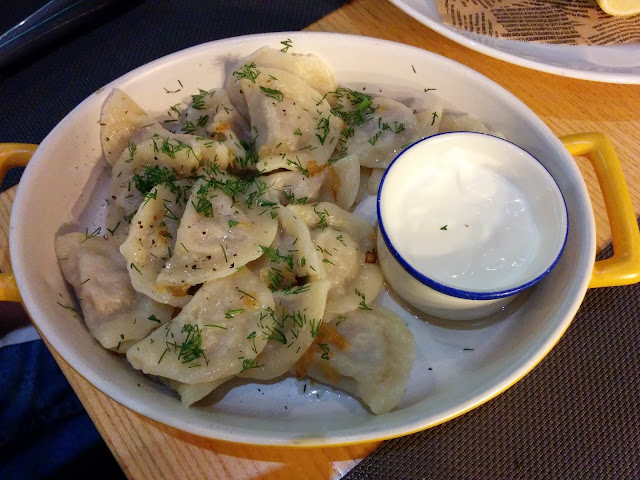 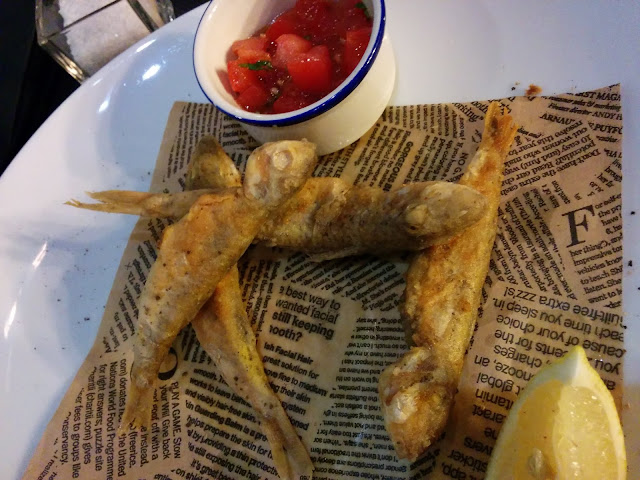 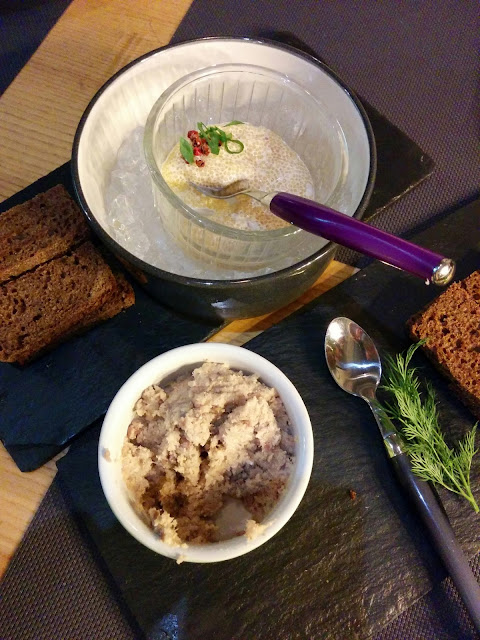 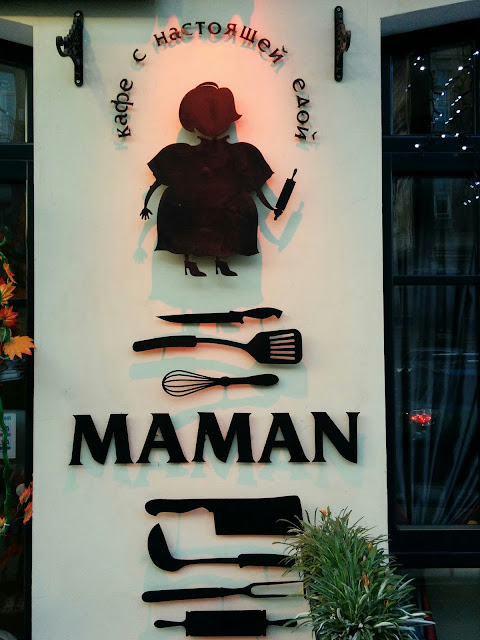 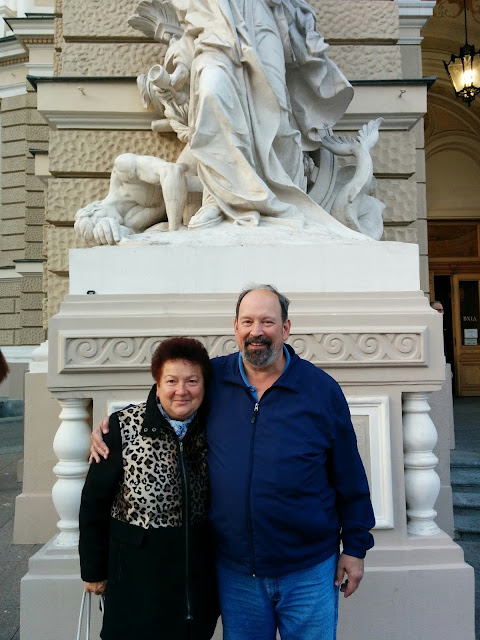 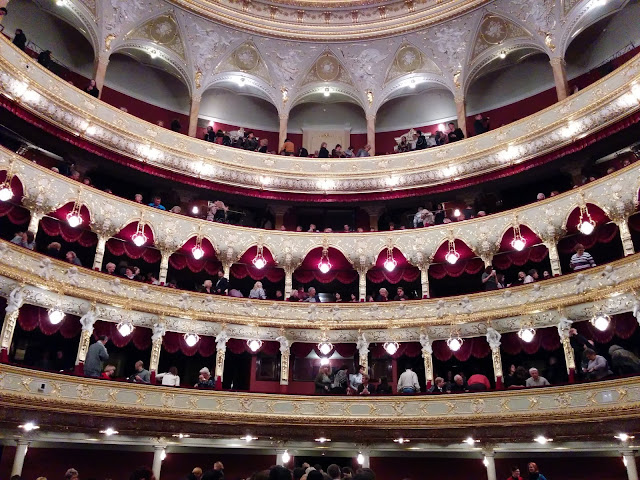 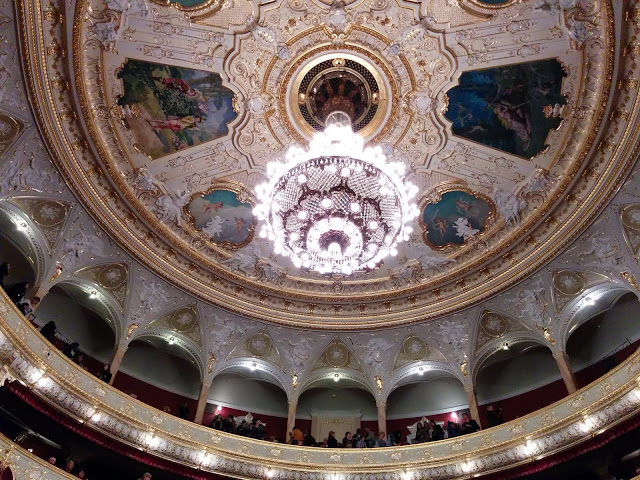 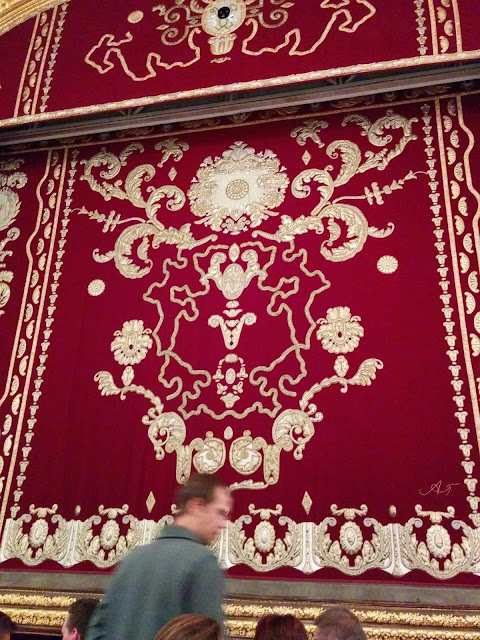 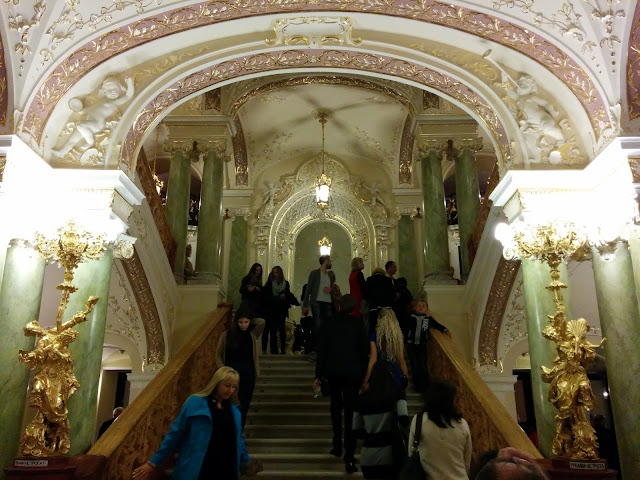 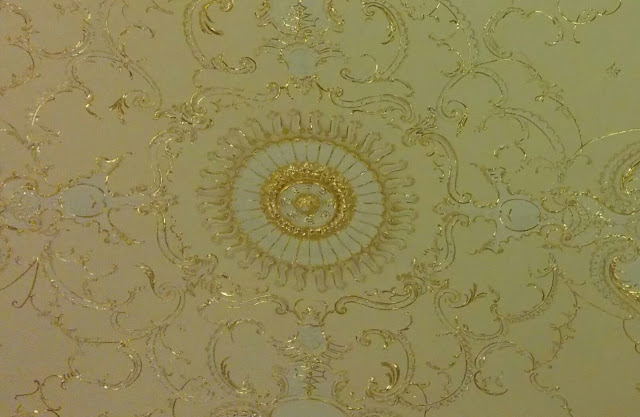 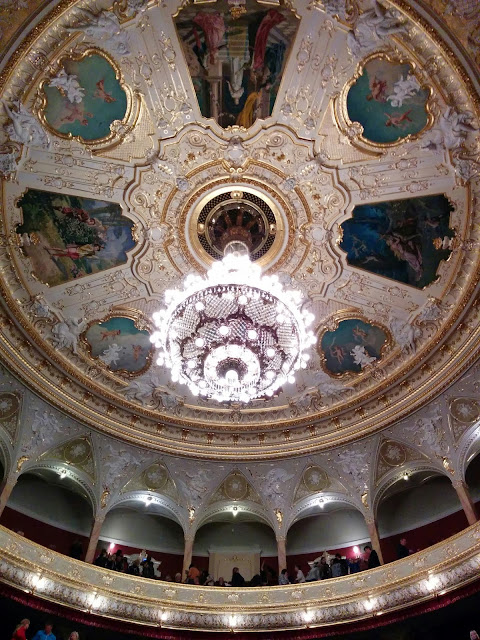 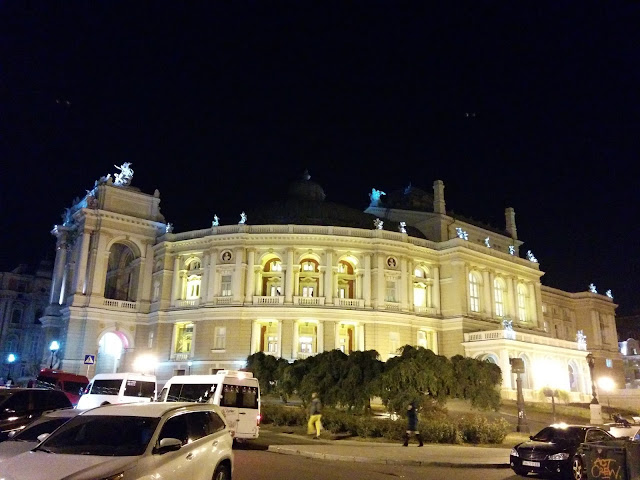 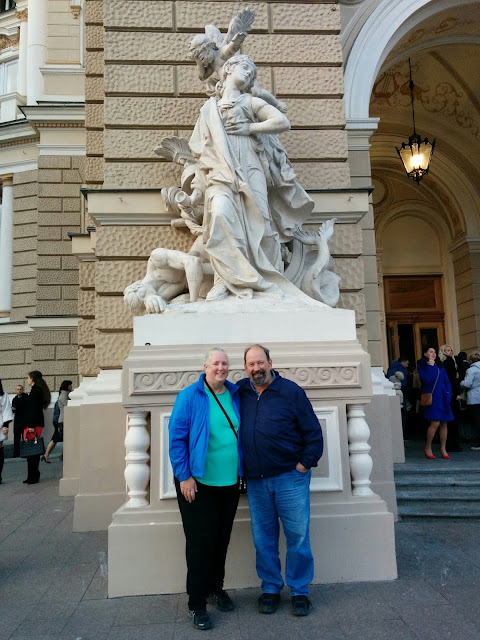 and here we all are- in a selfie taken minutes after seeing each other again - NINE years later... it was as if no time had passed at all- 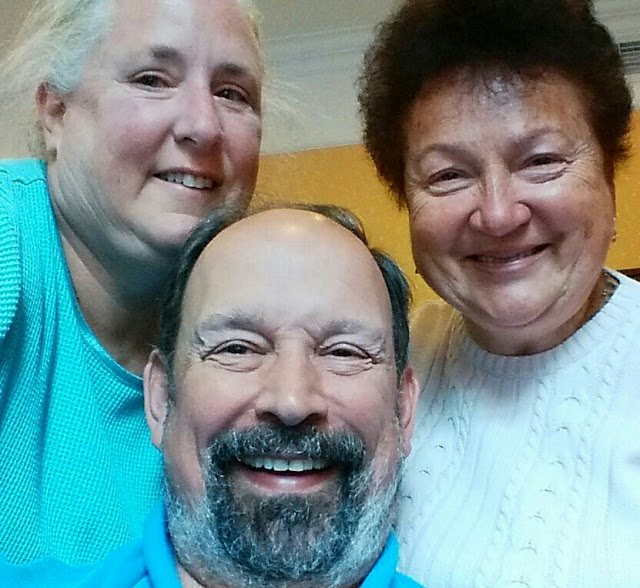 and here is Iryna close up (from the photo in front of the opera)- a terrific woman who has so enriched our lives.  We are so lucky to know her. She's brilliant and funny and loving - she knows many languages and can tell jokes from her unending supply in all of them we are sure (or we would be, if we spoke half the languages she does...LOL) 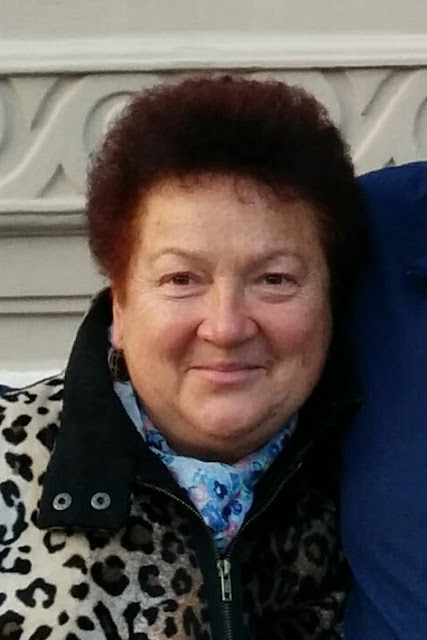 tomorrow we will begin our discovery of Odessa but tonight we are without a guide and only spend time with each other... and we are all happy - our reunion has finally come!
Posted by TOR at 5:07 PM