why we go to plays

Last night, while Phil was off doing Folkstage-y things I went to see a play at Theater Wit (you may recall my review of the last play we saw there- "Bad Jews" was amazing- and I might add now on it's third run in yet another larger theater.) This time the terrific play was "The (curious case of the) Watson Intelligence."  Here are some excerpts from articles and reviews of the play. The plot is quite complex and so I will rely on quotes from various reviews to help explain it- the two most used are from the Tribune and from the NYTimes... and since I had to pick and choose to get what I wanted to say some of it is paraphrased... forgive me original authors for my less than perfect quoting and attribution.

This was theater I LOVE- thoughtful, thought provoking theater that stays with you long after you leave the darkened venue it played out in.... it was laugh out loud funny and it was tear-you-up touching and mind challenging... 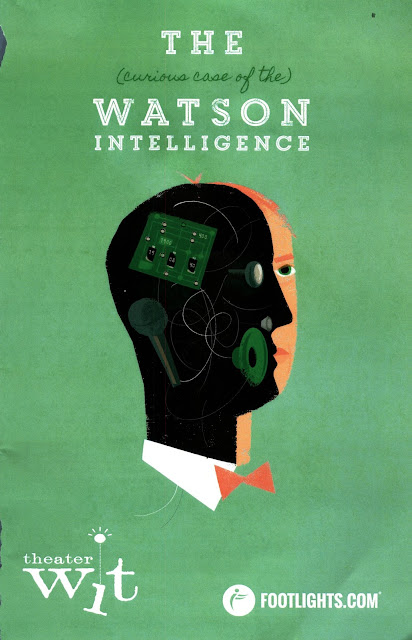 from the Trib review by Chris Jones

Madeleine George's terrific 2014 play "The (curious case of the) Watson Intelligence" is the latest in a line of shows with real appeal for tech geeks, scientists, computer engineers, mathematicians and any civilians who like their dramas not to be about "why Daddy never told me he loved me," or "how I finally learned to own my narrative," but, say, "the future of our society and how we are just a few years away from living side-by-side with robots who can do almost anything except review the theater."

"Watson," which was a finalist for the 2014 Pulitzer Prize and had not been seen in Chicago prior to Sunday night's Theater Wit opening, begins with a young woman, Eliza (Kristina Valada-Viars) sitting on her couch talking to a guy named Watson. Now, as a culture nerd will know, popular culture presents us with several Watsons. There is, for example, the good doctor who functioned as sidekick to Sherlock Holmes. Then there is the IBM computer, famously capable of answering questions posed in regular human talk and that proved superior to the human mind when it came to "Jeopardy."

Eliza, who used to work on the IBM Watson before she grew sick of working on an "overpriced trivia machine," is programming her own start-up's Watson. Here's her grand plan — and although this is just an idea in a play, it struck me a fascinating idea, period.

Why not create personal avatar-advocates for those in our society who need someone to stand by their side? People in mental institutions, say, or in nursing homes, or in need of benefits, or workers about to be laid off. How about if they all had a device who could stand next to them — the way veritable armies of flunkies do for 1-percenters? Then, no one would be alone. Would that not greatly improve our human lot?

Once the authorial mouthpiece Eliza had articulated that idea, I was sucked into this unusual but exceptionally smart show, which ranges back to the Victorian world of Holmes and Watson, but mostly focuses on Eliza and her hapless ex-husband Merrick, a kind of old-school politico running for the office of city auditor. The pathetic Merrick calls in the "Dweeb Team" to fix his desktop computer.  Another Watson (different character, kinda maybe) arrives with his pocket protector and ends up getting hired to spy on Eliza. Ah, but Eliza created her own Watson. So which Watson is what Watson? And I Don't Know is on third.

Like Spike Jonze's movie "Her," "Watson Intelligence" is really probing our insecurity about the inevitable and imminent encroachment of our sponge-like digitized assistants into the world of emotional intelligence and into our bedrooms. This Watson turns out to be a pretty decent lover — why would he not be, given that Eliza has programmed him to cater to her every need, with far more attention to detail than you ever could expect from any mere man? "I just want to give you what you need" (the Watson credo, now and forever) takes a bit of topping.  And therein lies much of the appeal of this even-handed play, a work that is neither dystopian nor idealistic.  Just nervous.

Which is, in case you have not noticed, the dominant emotion of our current moment. At one point, Eliza launches into an examination of income inequality: "The more poor people we have," she says, "the less incentive there is to take care of them." Think about it. That is pretty sound logic. You really can't help but like this Eliza. "Technology," she says, at another moment, "is developing more rapidly than our social and political infrastructures can keep up with it."  Right on, Sherlock. It makes you nervous. 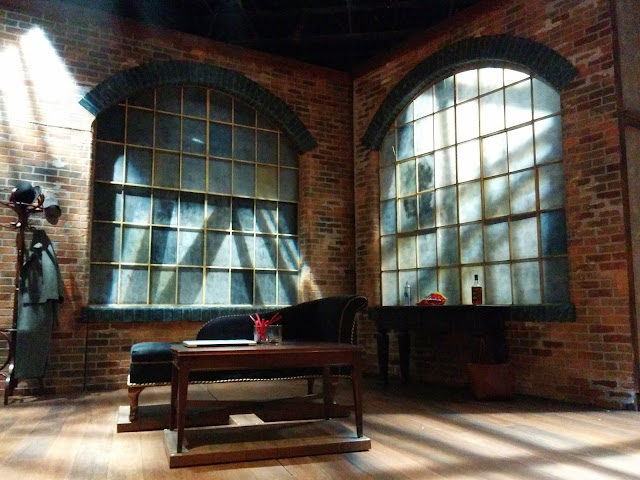 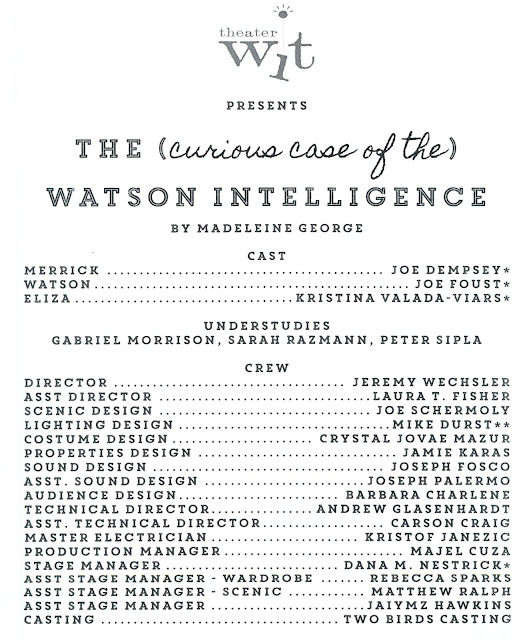 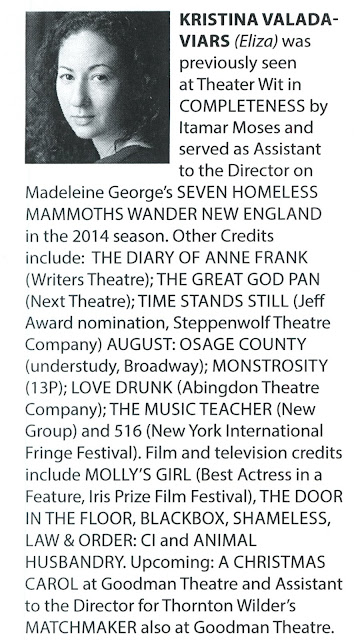 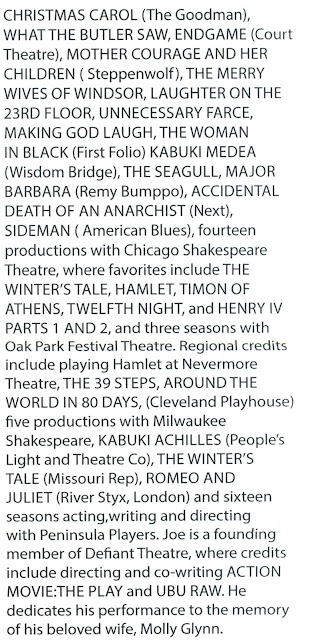 FINALIST! Pulitzer Prize for Drama - 2014
Watson: trusty sidekick to Sherlock Holmes; loyal engineer who built Bell’s first telephone; unstoppable super-computer that became reigning Jeopardy! champ; amiable techno-dweeb who, in the present day, is just looking for love. These four constant companions become one in this brilliantly witty, time-jumping, loving tribute (and cautionary tale) dedicated to the people—and machines—upon which we all depend.
February, 2011. A programmer perfects her new AI as IBM's Watson wins its Jeopardy tournament.
March, 1891. Dr. Watson takes his first solo case without Sherlock Holmes at his side.
March, 1876. The first voice communication by wire.
March, 1931. Thomas A. Watson is interviewed at Bell Labs about the famous quote.
Madeleine George premieres a brand new version of her stunning 2014 Pulitzer Award finalist: a time hopping comic meditation on technology, love and communication over the last 150 years. 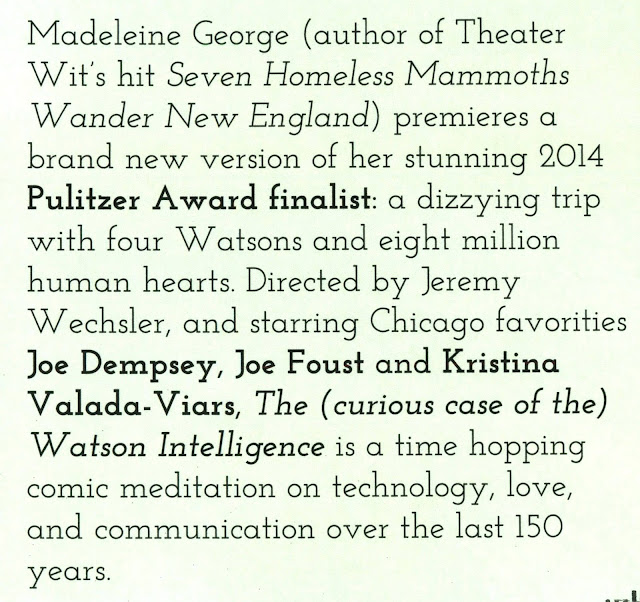 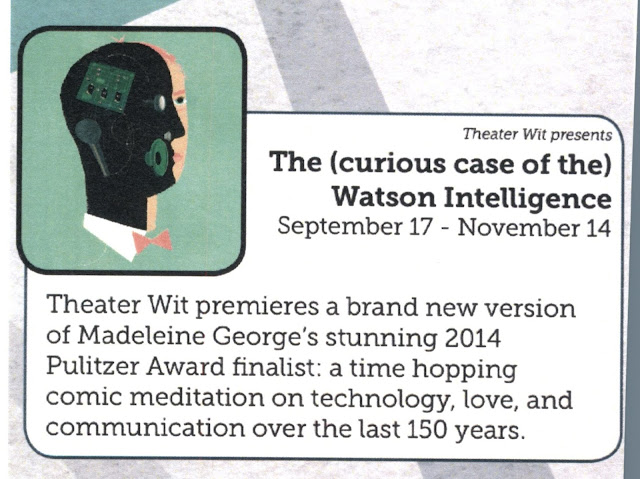 from the NYT review of a prior production-

Within the scenes in “Watson Intelligence” are some authentically insightful reflections on the frequently unsatisfactory nature of human relationships. Both the Merrick of the 19th century and the Merrick of the 21st are frustrated to the point of irritation (or madness) by the mysteries of the female heart.  And the Eliza of the 21st, the most fully developed character, appears frustrated that technology speeds forward, improving itself minute by minute, while human beings remain the same faulty, needy, lonely creatures, baffled as ever by the push and pull of love. “You’re the only one I want to be around,” she says to (Dweeb) Watson, in a scene in which she expresses both her need for, and fear of, commitment, “and I have a really hard time being with you.”

In the one instance in which two of the plots overlap, the Eliza of today suddenly appears to interface, as it were, with Thomas Watson, the friend and collaborator of Bell’s. He offers her friendly advice about the necessity of connection that cuts to the heart of the play’s layered meanings eloquently.  “It’s our fate to be bound up with one another, isn’t it, he muses. “We are all born insufficient, and must look to others to supplement our strength. That is not weakness, it is the first condition of human life.” 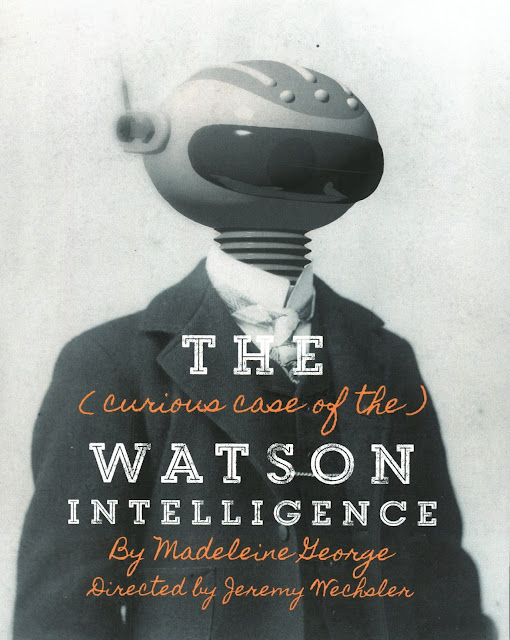 so this one gets a huge thumbs up from me... I am so happy that despite our full schedule I made time to see it! Next up- back to the trip and I think Moldova... we have dinner with friends tonight and a special wine dinner on Monday with our wine bud Neil and then dinner Tuesday with another friend as well as a last 2015 goosefoot dinner on Wednesday... so I will be working to keep up with the trip posts in the midst of all that and packing...LOL never a dull moment....
Posted by TOR at 1:10 PM