almost--- well - the food at least... the new Sol's NYC deli in downtown SRQ is located in a former Applebee's - so that is not NYC like- far too much room between tables and the wait staff were polite and attentive - so that's not NYC like- LOL

but yes- we have looked for years for good deli in SRQ and found it extremely disappointing - up until now. we have solved this problem by online ordering from Zabar's - lots of corned beef and pastrami and rye bread saves the day and just yesterday our friend MAK sent a care package of lox, two kinds of salmon, two kinds of bagels, and two kinds of cream cheese from Zabar's so we aren't going without LOL... but it is nice to know you can find a good meat knish locally and some really decent kreplach... OK so the latkes weren't stellar - but hey... 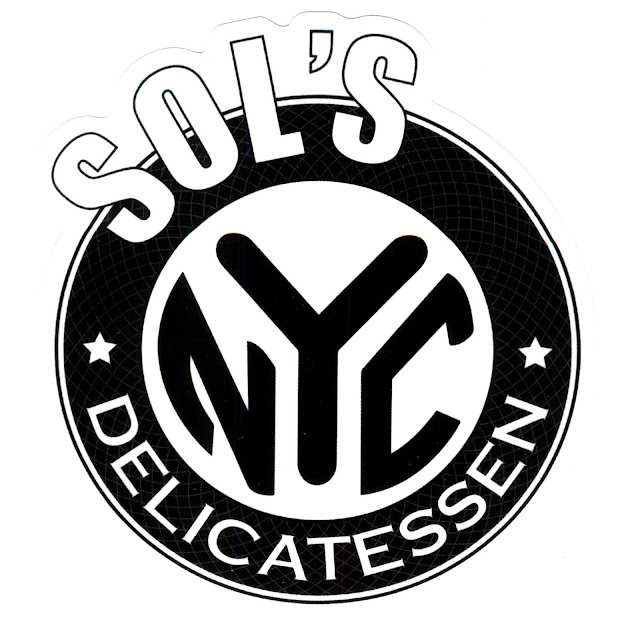 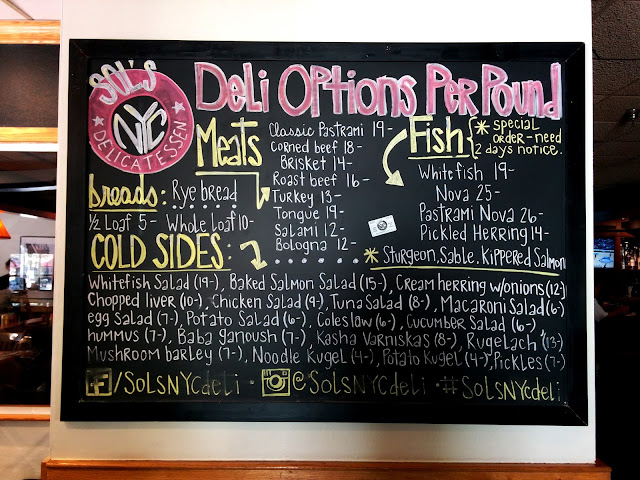 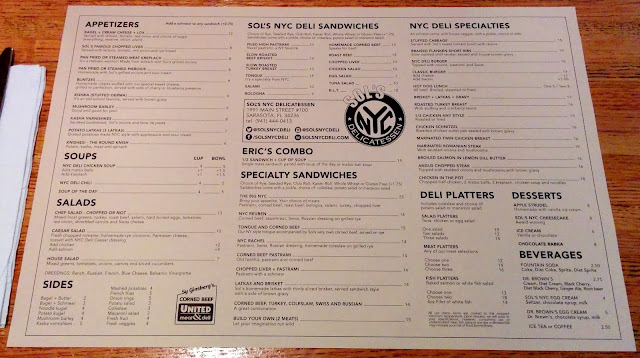 Everyone starts with half sour pickles and coleslaw- 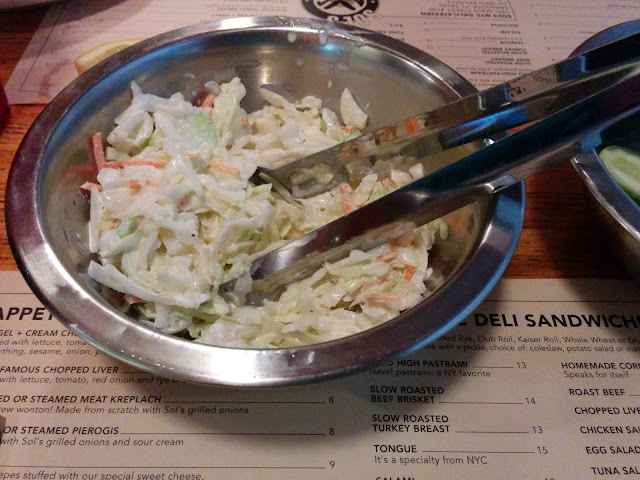 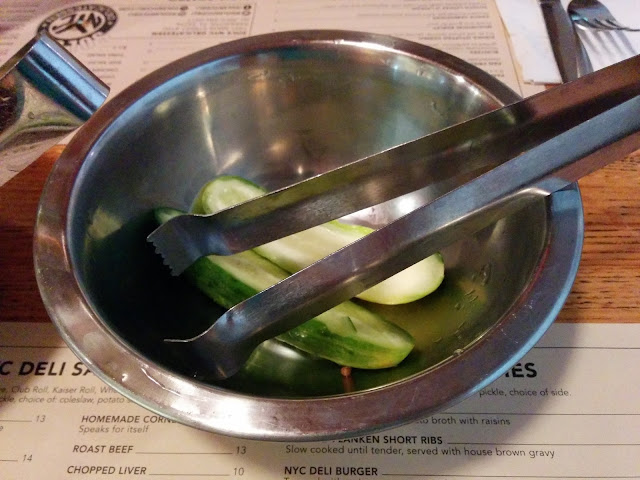 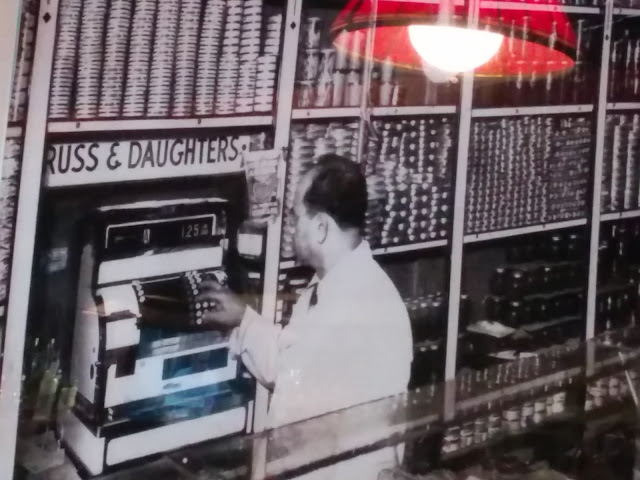 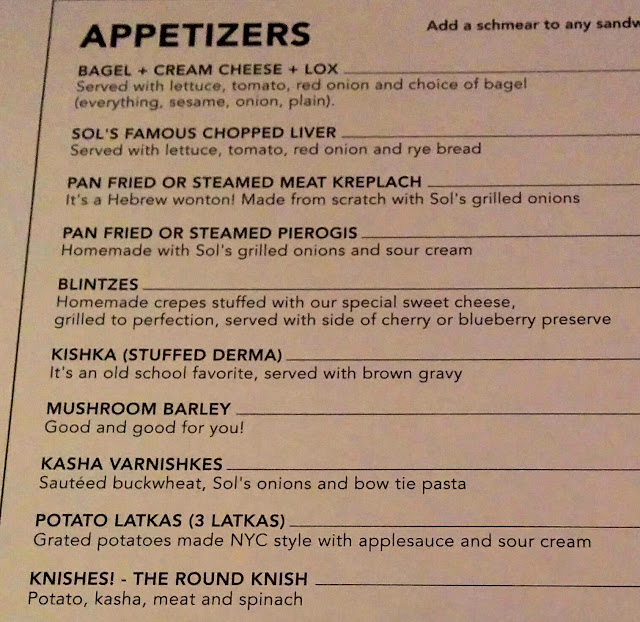 the kreplach won hands down over the pierogis- 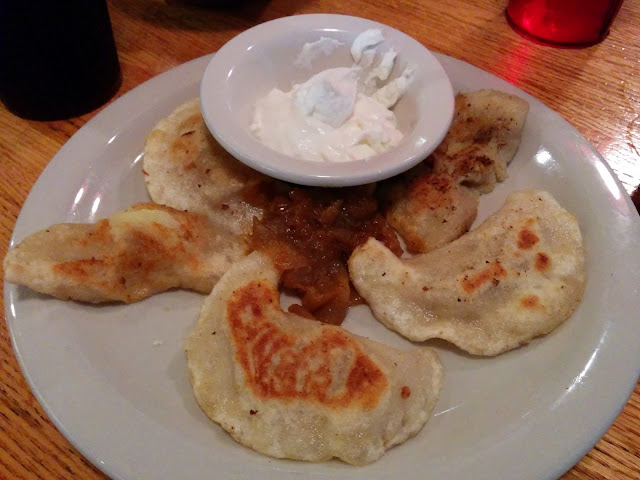 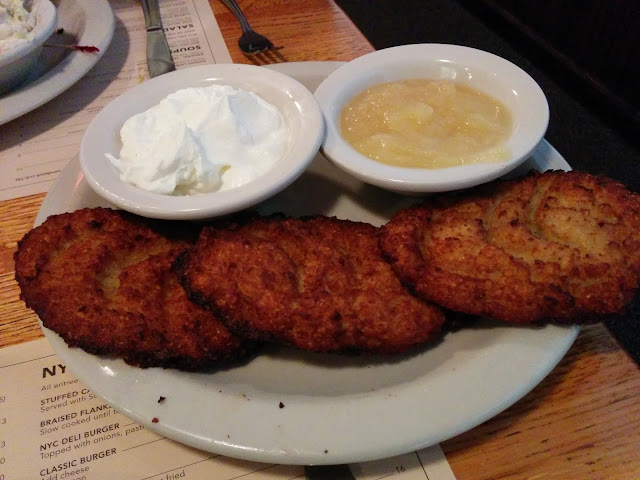 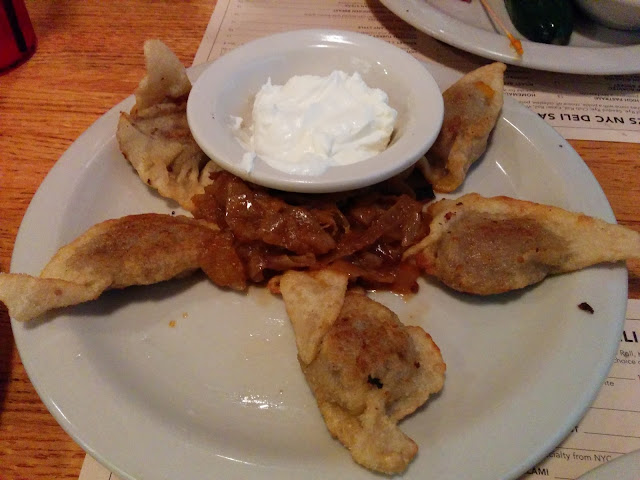 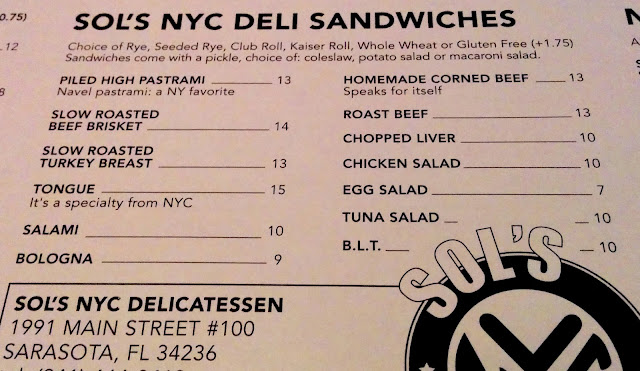 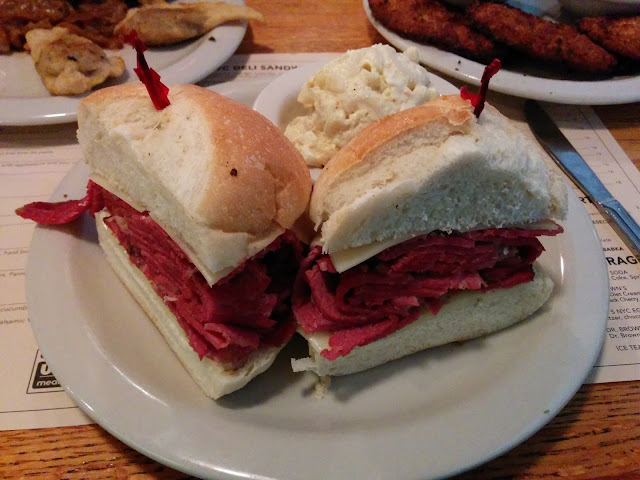 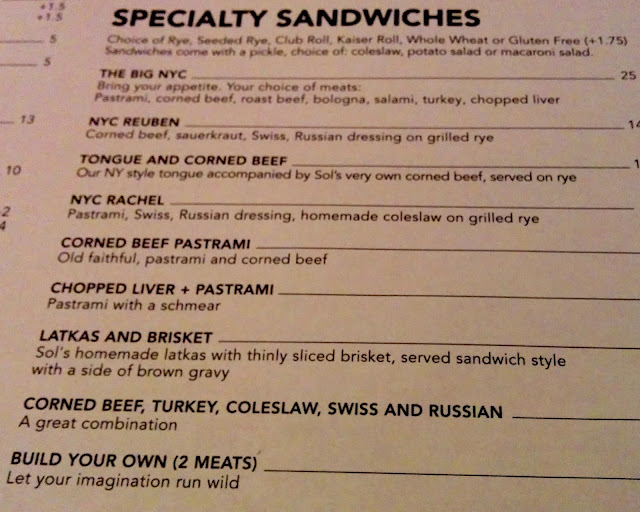 the corned beef and pastrami 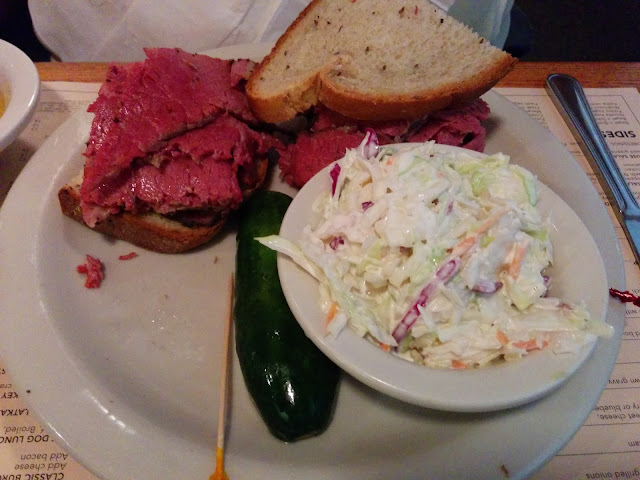 then we carried out two tubs of chopped liver and a meat knish- and dropped off one of the chopped liver packages with some rye bread at Barb and John's house - a substitute for a cup cake for her birthday tomorrow. Barb and Barbara were happy - John not so much- LOL they love liver and he hates it... but it being her birthday and the start of her birthday season she gets her choice! 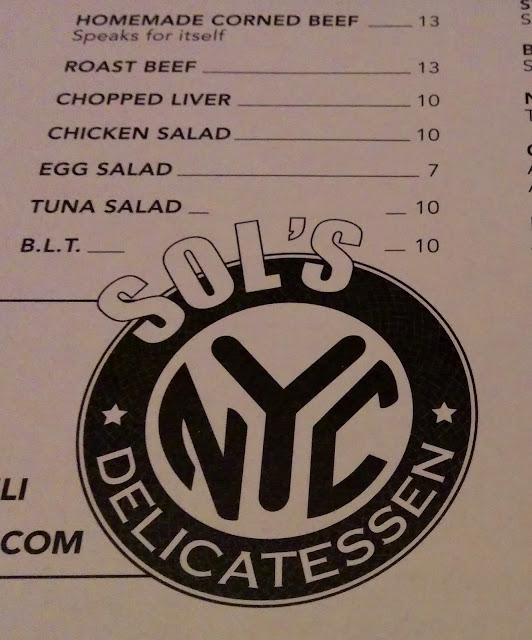 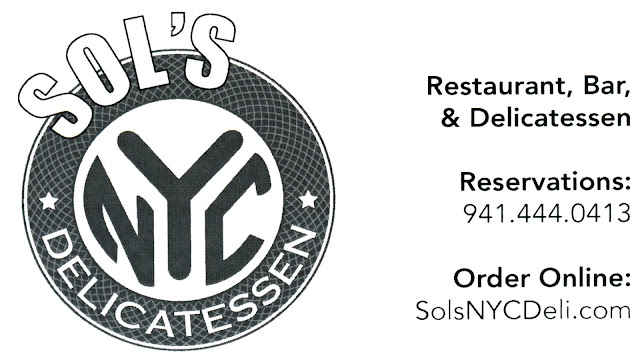 overall a positive experience which is good news for us for a bite when desperate before or after a film as it is just across the driveway from the venue for the Sarasota Film Festival!

Tomorrow my first class of the second course of the spring term... this one on America in the 1890s- so stay tuned... also the Orchestra on Friday and more coming up!
Posted by TOR at 9:32 PM