Oh my - things are quite busy and so I completely missed the Friday night outing for Steppenwolf's production of Constellations and then dinner at a new (to us) place called Oyster Bah.... 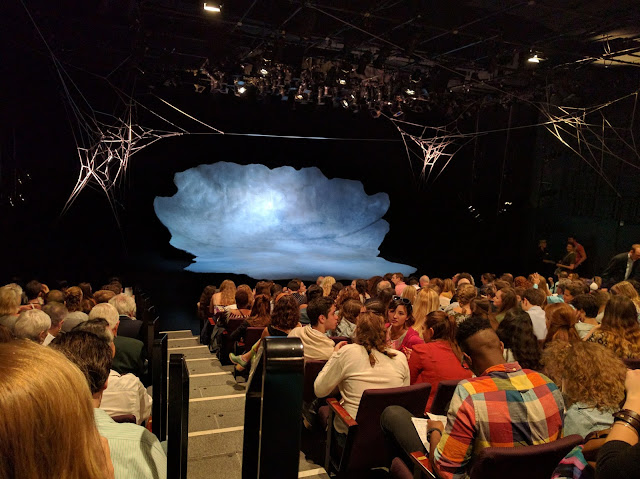 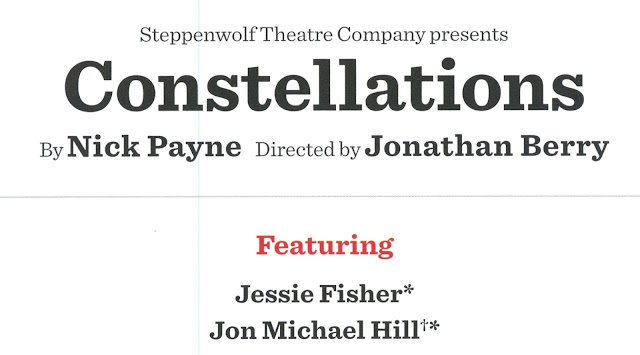 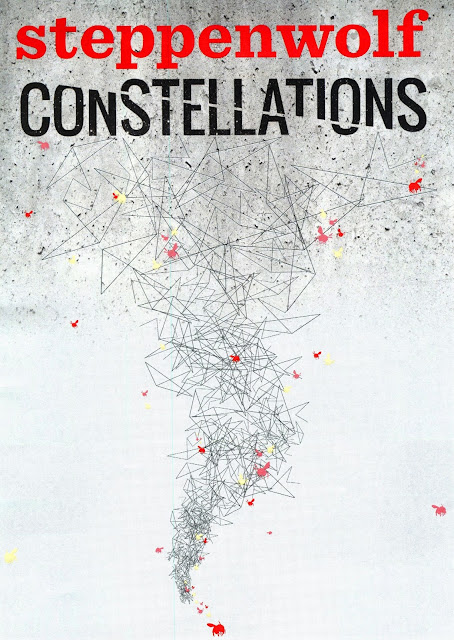 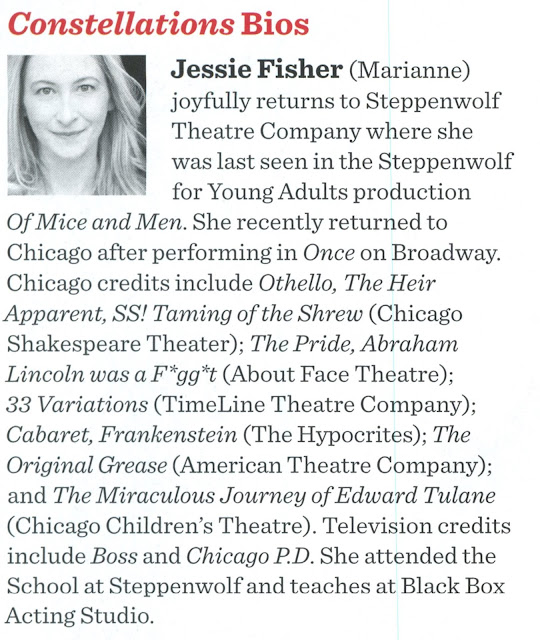 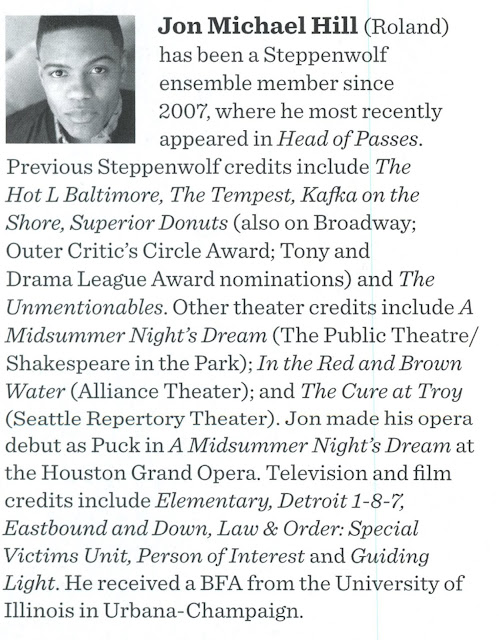 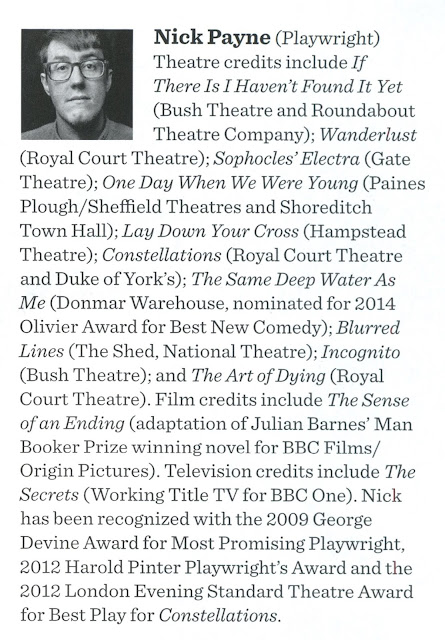 interesting intellectually but I never really related to the female character - a bit more to the male lead but overall I found it a thoughtful play but not one that grabbed me emotionally.  You can by the way see the David Ives play "Sure Thing" in various iterations on You Tube- a short fifteen minute funny film about alternative paths on the route to love... or even a date LOL-

Sure Thing is a short comic play by David Ives featuring a chance meeting of two characters, Betty and Bill, whose conversation is continually reset by the use of a ringing bell, starting over when one of them responds negatively to the other.

after the play we went to the Oyster Bah nearby - for some seafood- had some oysters- some crab legs- some chowder, some ceviche, and fish and chips, along with seafood salad- all quite good- 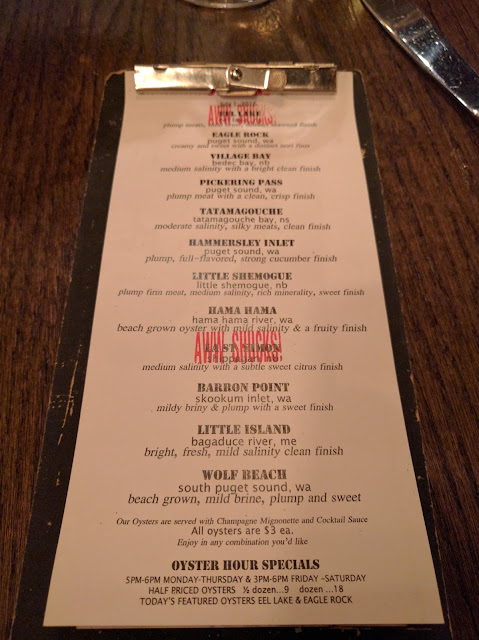 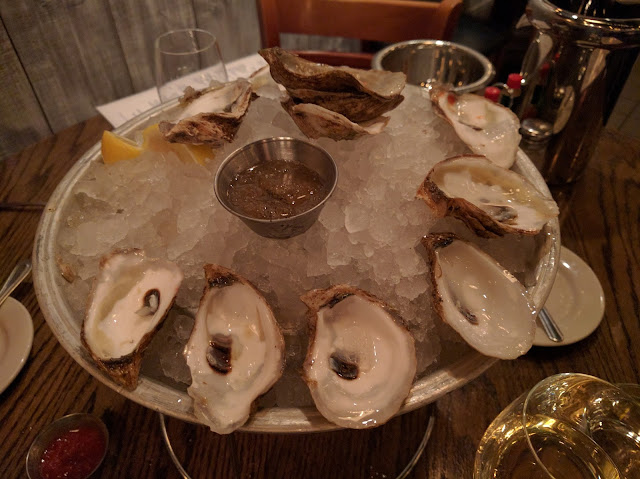 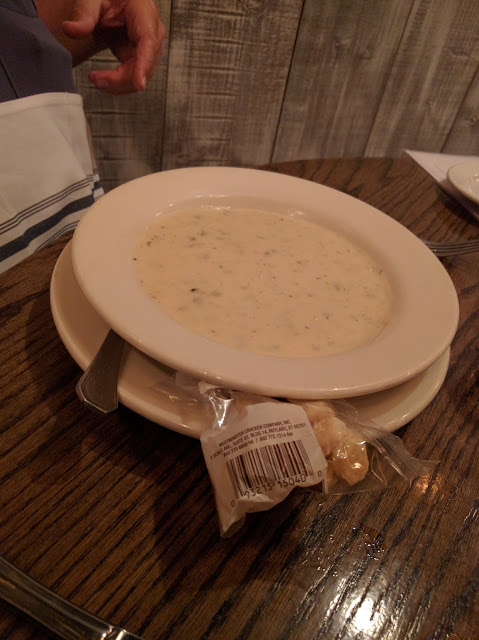 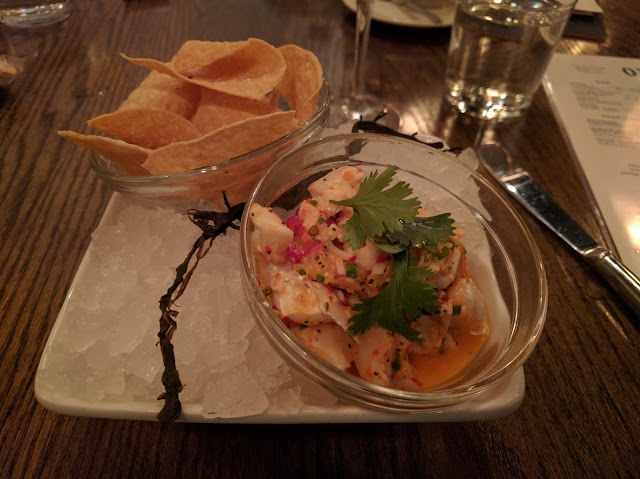 we brought our own (corkage fee reasonable) and it was perfect- still young and balanced - great with the seafood based menu we chose! 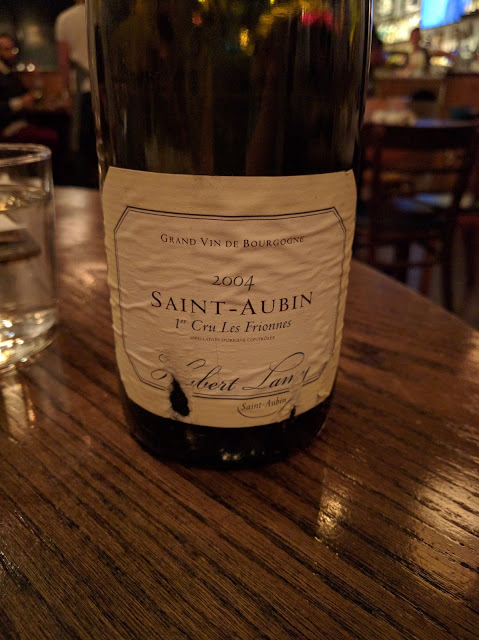 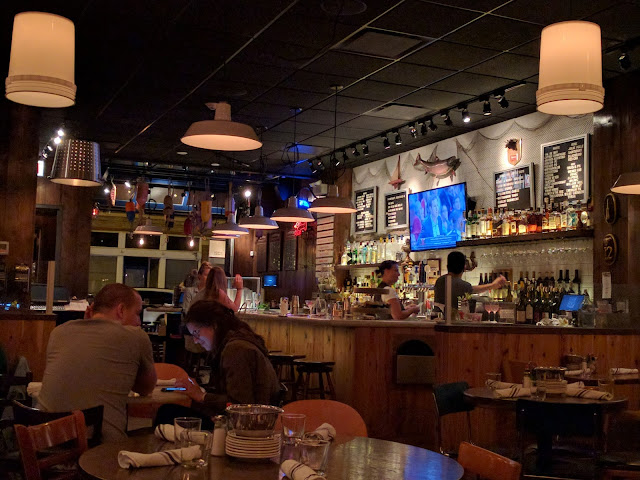 we headed home late and crashed - lots of holiday weekend plans--- so this 1st of July evening was the beginning of our settled in part of the summer in the city - Chicago!
Posted by TOR at 12:05 AM