another night at the theater

This most recent foray was to lookingglass theater at Water Tower in the old pumping station.  We have seen a number of excellent productions there and loved some of them.  Actually among my all time favorite plays is the North China Lover which we saw here a few years back and I also found Title & Deed a terrific and thought provoking play.

This time we were there to see Thaddeus & Slocum and I would say it was overall a positive review with a some criticism.  The performances were fabulous all around- a terrifically talented cast.

"Thaddeus and Slocum: A Vaudeville Adventure tells the story of two friends, one black and one white, who are Vaudeville street performers trying to make it to the “big time” in segregated 1908 Chicago.

"It’s 1908 and Chicago’s Majestic Theatre is the jewel of the vaudeville circuit. The only thing stopping Thaddeus and Slocum from becoming the next great stage act is as simple – and complicated – as black and white. Will laughter triumph and friendship endure as racial boundaries threaten to destroy their dreams of making the “big time?”

"Lookingglass dives deep into the divided heart of American culture and show biz for a daring cavalcade of slapstick, song and dance, and burlesque as two best friends risk everything to make it to the top together."  Here is a link to an article about early African-American theater in Chicago-
http://www.robertloerzel.com/2011/01/01/early-african-american-theater-in-chicago/ 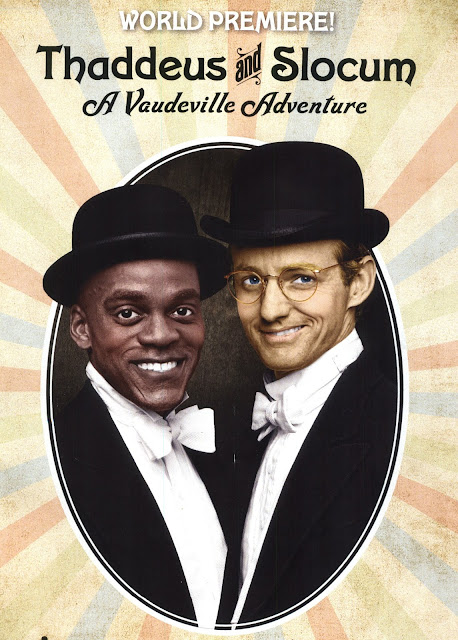 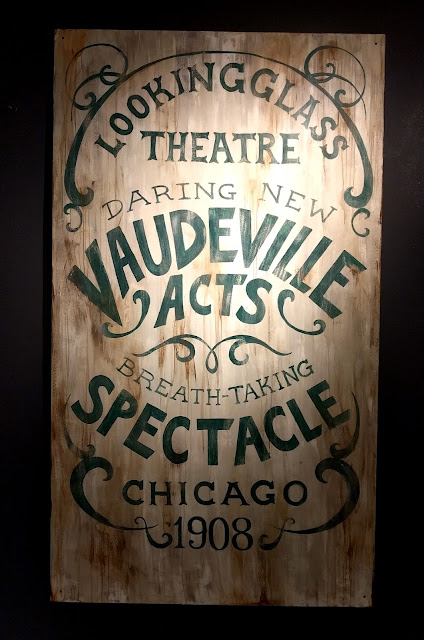 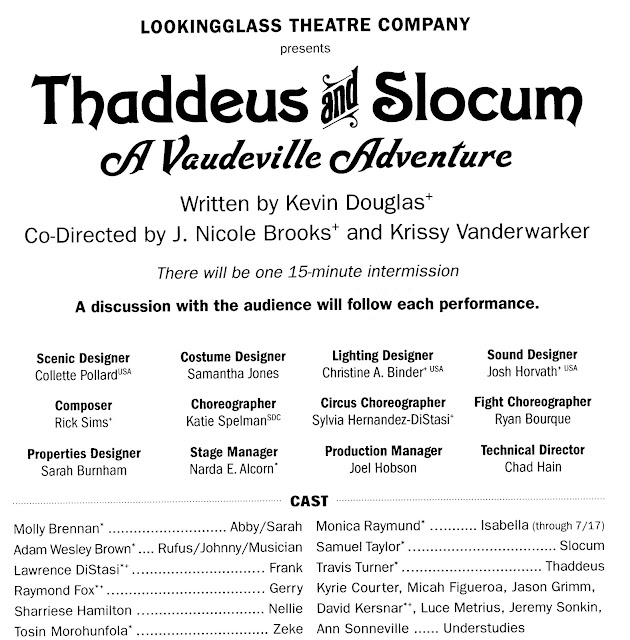 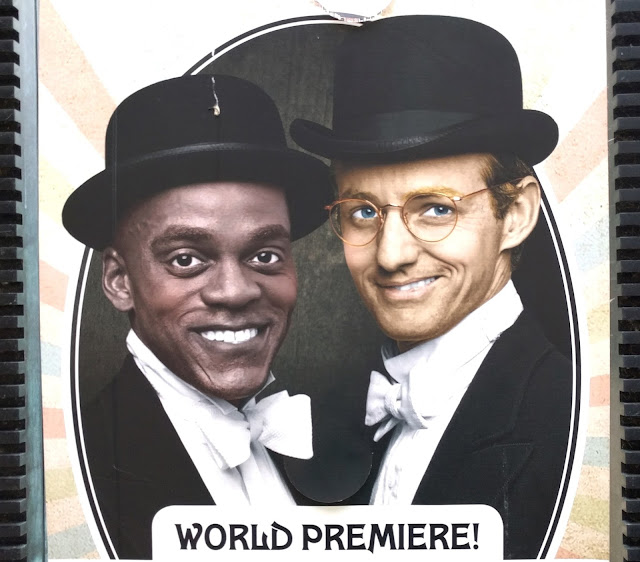 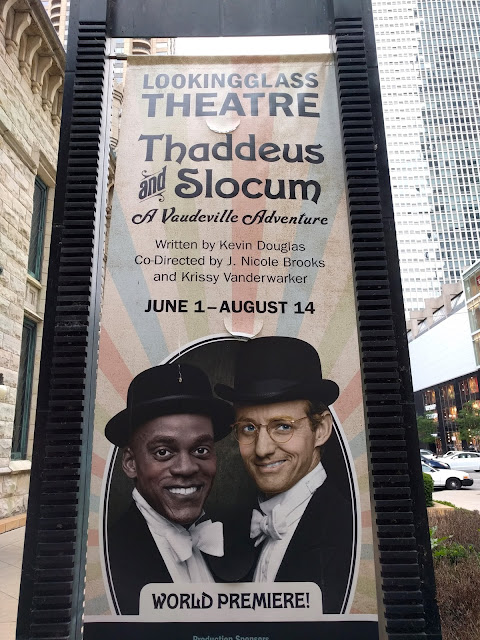 the characters of Thaddeus and of Isabella are both wonderfully portrayed by the actors and extremely sympathetic and on that basis alone I would recommend seeing the play (before 7/17- when the current Isabella leaves and is replaced).  I found the ending logical (if somewhat abrupt) but Phil found it completely jarring. 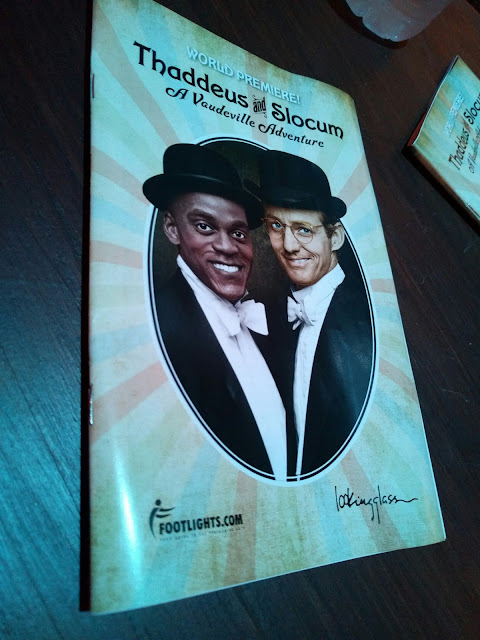 Overall - a mild thumbs up - enthusiastic for the actors but less so for the structure of the play.  Next up - a post on one of the reasons we will always be Chicagoans - if only for part of the year...