so I know I have been promising Canada for some time- LOL - like a month or more- but things come up- LOL - and now we are about three weeks away from our anniversary trip to Scandinavia.(We were married in Denmark after a trip to Norway north of the arctic circle and spent our remaining time of our wedding trip traveling in Denmark.) Now fifteen years later we are revisiting old haunts on a small ship (99 passengers) and starting in Copenhagen to spend a few days with friends and ending in Stockholm where we have reserved at a mind-blowing restaurant called gastrologik - see the post "minds blown" from 2012...

anyway- along the way between those two cities we have stops in Gdansk (new to both) Tallinn and Riga (new to Phil) and St Petersburg (a return for us both - eagerly awaited!) and Helsinki (last there in 2012 on our "nordic capitals" - Copenhagen, Helsinki and Stockholm- trip for the two of us for Phil's birthday) so we are getting psyched about the trip... except for one niggly little detail.

I can't take a trip unless I have finished the photos from the prior trip (ahem! Canada!) - the
finish means photos culled and posted on the DART website and made into our souvenir photo album and posts done about the trip for semifreelife... LOL - so you get the picture I am sure - I won't need a thousand words to say I am under the gun LOL

Let me say by way of pre-amble that both TB (my long time travel companion) and I had gone through house sales and downsizing this last spring and we were interested in a no drama no work trip this year... so this was intended to be paced much more leisurely than our usual DART trips. And to make matters more challenging I developed an inner ear infection and severe vertigo about three days into the trip... long distance walking was completely out of the question for me.

but we did manage some interesting things along the way... we were to meet up in Seattle and drive from there the following morning - due to horrendous service on Alaska Airlines I arrived at 3 AM - five plus hours late and so had minimal sleep when we met the next morning to start our road trip. my first and ONLY trip on Alaska Air believe me... I had booked a first class ticket and they had no food on the four hour plus flight time journey for first class- only boxes for sale in the back--- which they tossed down in front of us when we took off at 11 PM - aaaaccccckkkk don't get me started - just let me say "forewarned" - consider yourself!

so the same morning I arrived and got my requisite 4.5 hours sleep we headed out of SEATAC towards the Canadian border... we always take the scenic route so we were on the freeway for an hour or so and then took off for the less traveled road. We headed from Bow to Hoogdal to Acme to Nooksack and crossed the border at Sumac.  It was well afternoon when we spied the place we stopped for lunch- Bob's - where we had a friendly waitress and a decent meal before heading on to today's big adventure - Point Roberts USA- LOL yes you read that correctly! 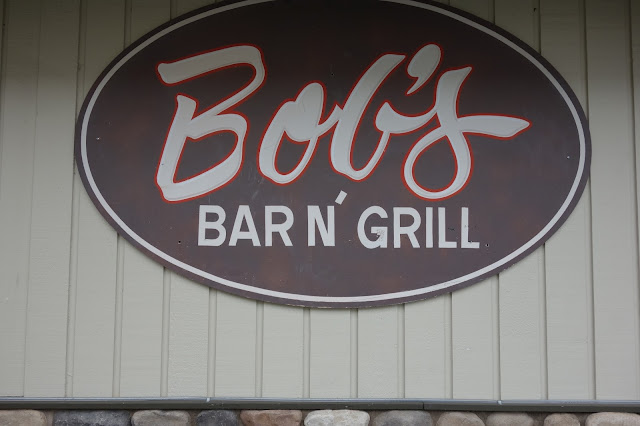 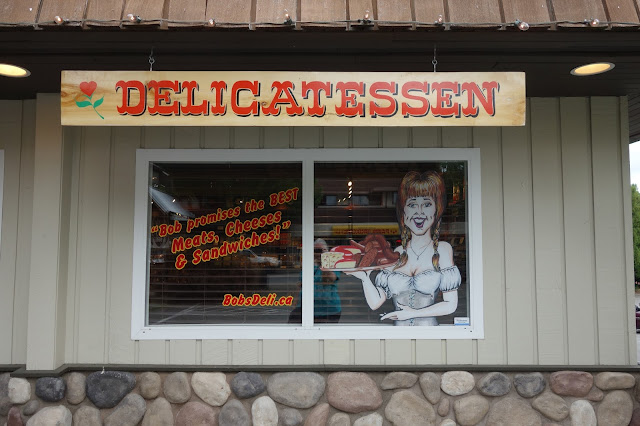 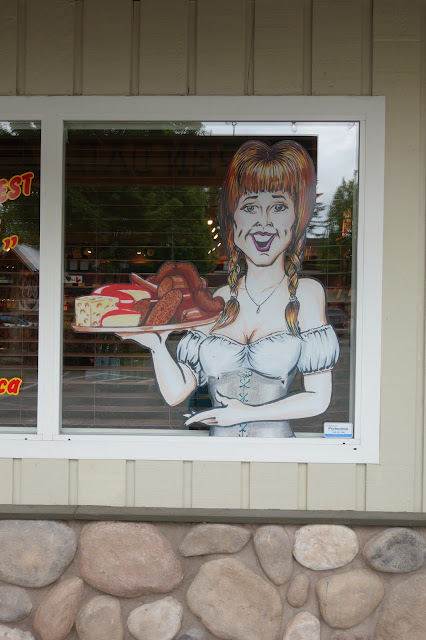 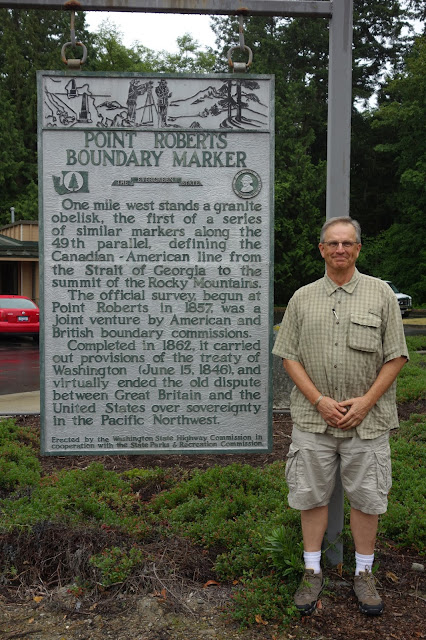 the extent of commercial development in Point Roberts - 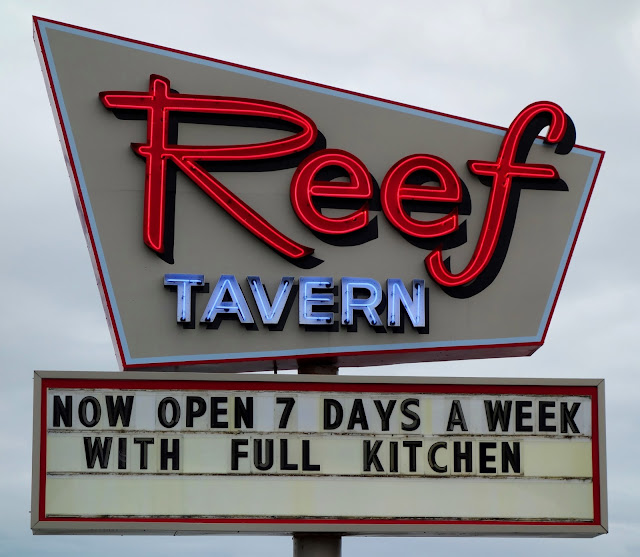 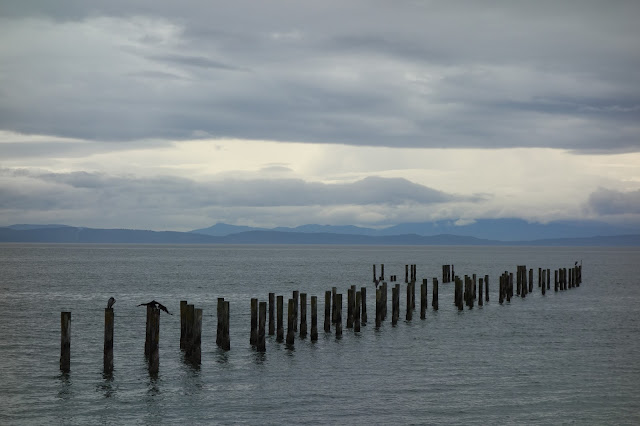 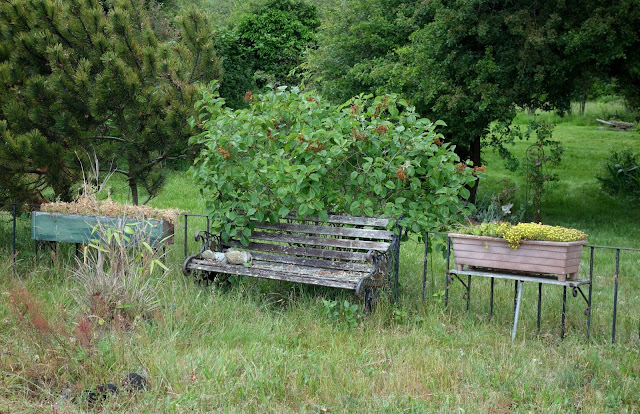 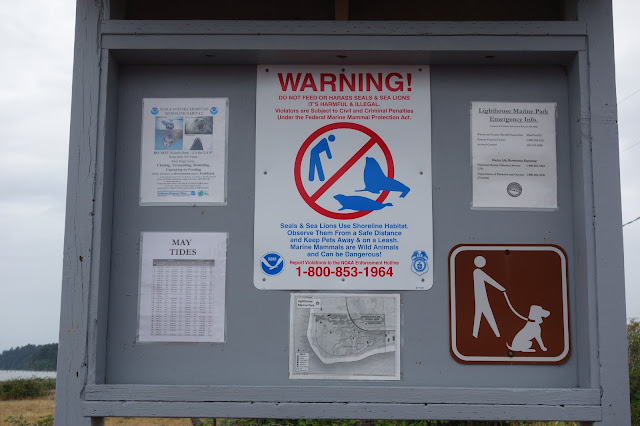 Point Roberts (known locally as "Point Bob" or "The Point") is a census-designated place (CDP) in Whatcom County, Washington, United States. It has a post office, with the ZIP code of 98281, and a population of 1,314 at the 2010 census.

Point Roberts is a part of the mainland United States but is not physically connected to it, making it a land exclave of the U.S. It is located on the southernmost tip of the Tsawwassen Peninsula, south of Delta, British Columbia, a suburb of Vancouver, and can be reached by land from the rest of the United States only by traveling through Canada. It can be reached directly from the rest of Washington and the U.S. by crossing Boundary Bay by sea or air. 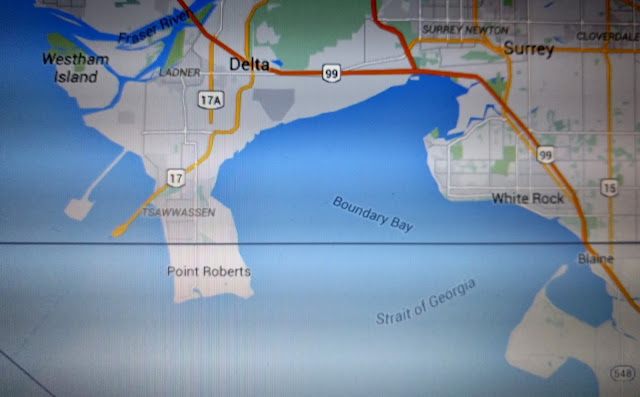 The only authorized land access to Canada from Point Roberts is Tyee Drive, a major thoroughfare northward that becomes 56th Street in Canada. Point Roberts also has a small airport (Point Roberts Airpark) and a large marina (Point Roberts Marina Resort) for air and water access; these two point facilities allow direct access to the rest of Washington state without the need to enter Canada. 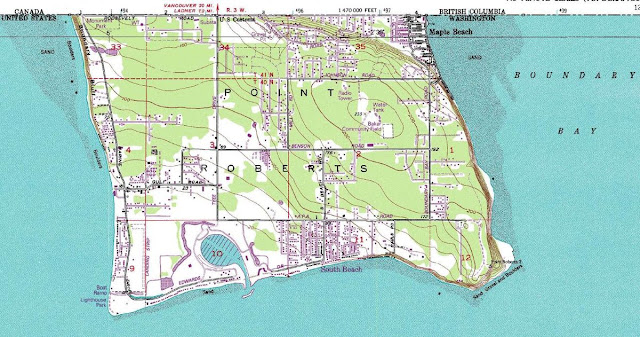 Many of the area's businesses serve weekend and recreational visitors from Greater Vancouver. Canadians visit for cheaper American gasoline, alcohol, and food when the Canadian dollar is strong; Americans from Point Roberts do the same in Canada. Many Canadians visited its bars and nightclubs on Sundays until Sunday drinking was legalized in British Columbia in 1986. The local post office and several private companies rent many post office boxes to individuals and businesses from the Greater Vancouver area (including the U.S. Consulate in Vancouver), who find it a convenient and fast way to receive mail and parcels from the United States without paying for cross-border shipping costs.

Because of having to go through the international border twice to get to the rest of the U.S., some have called it "the best gated community in the U.S." Residents enjoy a low crime rate at the cost of a high local security presence and other inconveniences. There is no hospital, doctor, dentist, pharmacist, or veterinarian, and because American health insurers will not pay for treatment given by Canadian providers, Point Roberts residents usually seek emergency medical care in Bellingham, Washington, although Vancouver is closer. The international border also purportedly makes Point Roberts often used by the United States Federal Witness Protection Program.

Point Roberts lies within a depression created by Vancouver Island, the north shore mountains surrounding Vancouver, and the North Cascades (including Mount Baker). This micro-climate provides some of the mildest weather in the Pacific Northwest. With annual precipitation of about 1000 mm (40 inches), Point Roberts enjoys more sunny days and a milder climate than its neighbors. (all the above from wikipedia)

So about now you might be thinking - why? and that is the question the border guard asked us as well- we just laughed and said- "because it's there" LOL and he completely understood - he said this was not an unusual response from folks coming through the border there....

so we did it- we cross hatched all of Point Roberts and then headed back to Vancouver for the night at a very nice Best Western in Chelsea.  Had a late dinner at a greek place nearby - called My Greek Taverna... and fell into bed dead tired thanks to alaska airlines crappy service the night before/morning of.... but slept really well- because the linens were very nice and the pillows excellent...really upgraded Best Western - highly recommended....

so tomorrow off to visit Canada - really in Canada for the next week or so--- stay tuned I will get us through the week and back home so I can leave again LOL.....
Posted by TOR at 11:09 PM