the best of theater

A powerful exploration of the United States of America and the People's Republic of China's similarities (and differences) - this compare and contrast play focuses on the "tank man" from the famous photo of the June 1989 Tienanmen Square massacre of more than 2,000 (mostly students) protesters.  Intricate plot lines are woven in the nearly three hour running time which sometimes illuminate and sometimes obscure the search for "truth". 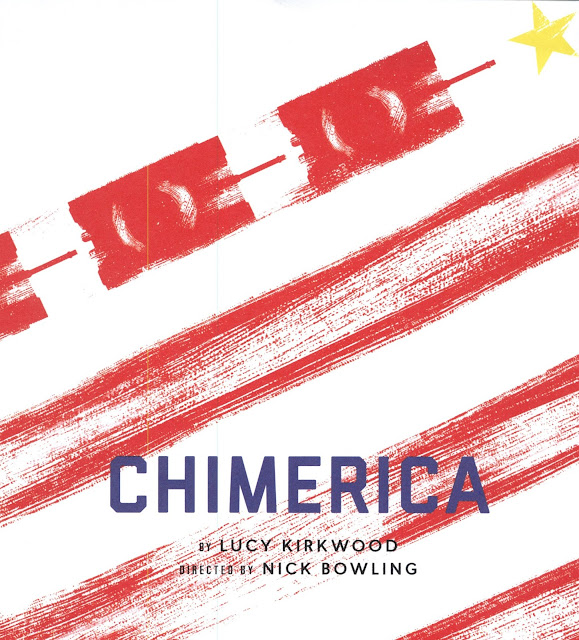 In June 1989, as the Chinese government cracked down on a pro-democracy rally in Tienanmen Square, the iconic image of one man standing alone in front of a military tank captivated the world. Twenty years later, a photojournalist searches for the truth about that mysterious “Tank Man” in an epic, global adventure that explores the complex relationship between twin superpowers China and the United States. 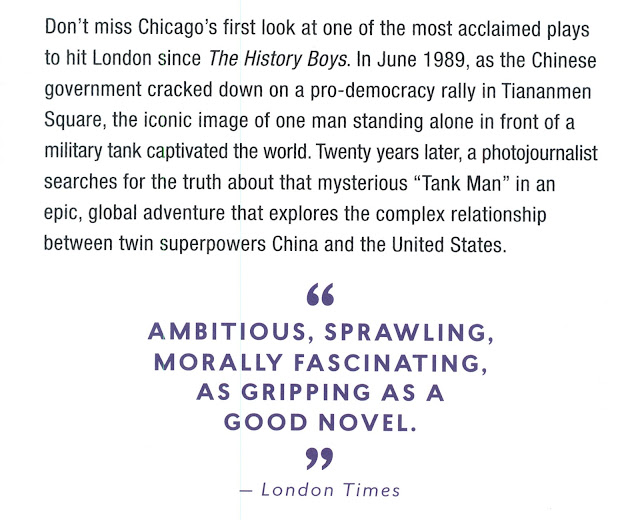 HIGHLY RECOMMENDED. “Chimerica is now receiving a riveting Chicago premiere by TimeLine Theatre – that peerless company devoted to work that probes history in the most unexpected and engaging ways. And under the razor-sharp direction of Nick Bowling, who has gathered a uniformly impressive group of Asian (and Caucasian) actors, and deployed the talents of set designer Brian Sidney Bembridge and master projection designer Mike Tutaj, it keeps you watching, listening and guessing for close to three fire-breathing hours.“  —Hedy Weiss

“Chimerica is propelled by a clearly articulated but interwoven clutch of mysteries. … [Nick] Bowling’s eclectic production contains a number of interesting performances, including gutsy work by Wai Yim and, especially, Norman Yap, who plays Zhang Lin, the play’s moral conscience and thus a courageous victim of the mutual culture of China-U.S. exploitation posited so juicily by [Lucy] Kirkwood. … the play’s final revelation is exceptionally clever and potent — not least because Kirkwood deftly ties up the human mystery by making her audience confront its own assumptions of heroism, foisted on it, of course, by images from the media, now a parody of its former self, but still foxy and dangerous.”  —Chris Jones

“An engrossing slow-burn Chicago debut … Lucy] Kirkwood’s Chimerica rewards audiences with a compelling mystery and plenty of food for thought on the growing and uncomfortable interconnectedness of East-West relations … Audiences should be awed and taken aback by the Kirkwood’s masterly intertwined story filled with suspense and introspection on the clashing and interrelated ideologies of China and America.”  —Scott C. Morgan 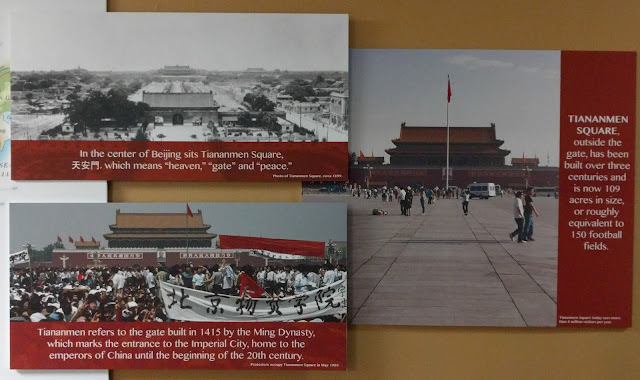 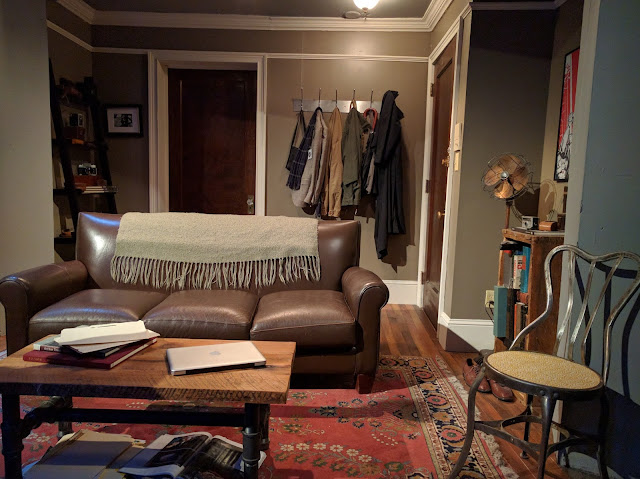 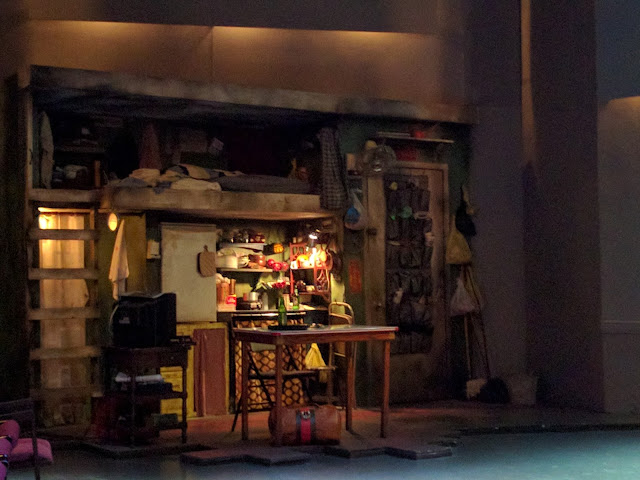 this story was complex and the characters multi-faceted. this is the kind of theater we are always seeking.  People you care about in challenging situations showing the best of humanity and the darker side as well.  It doesn't get much better than this.  Terrific performances by the large cast with special shout outs for the Tessa and Joe and Dog-Face characters with honorable mention for Mel and Frank and the brother. 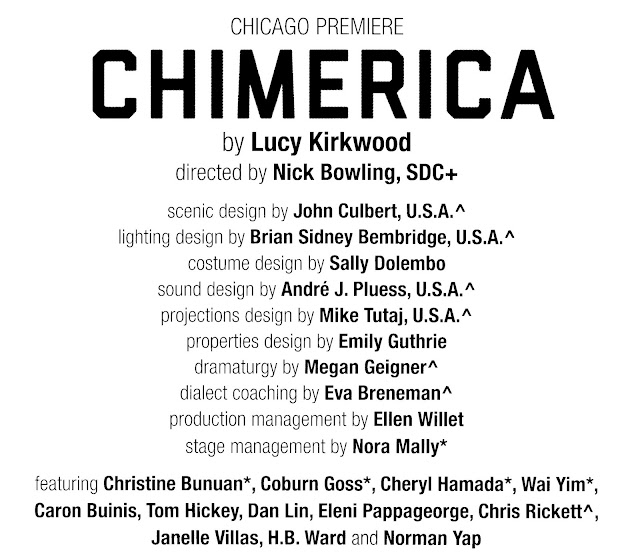 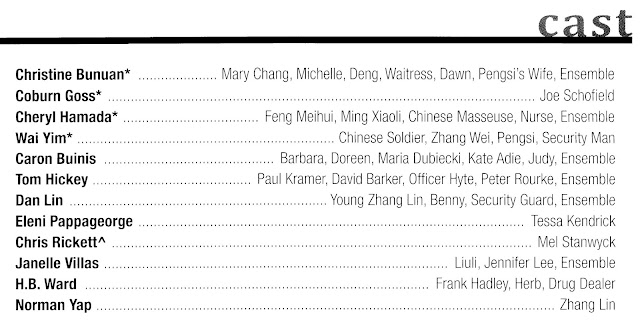 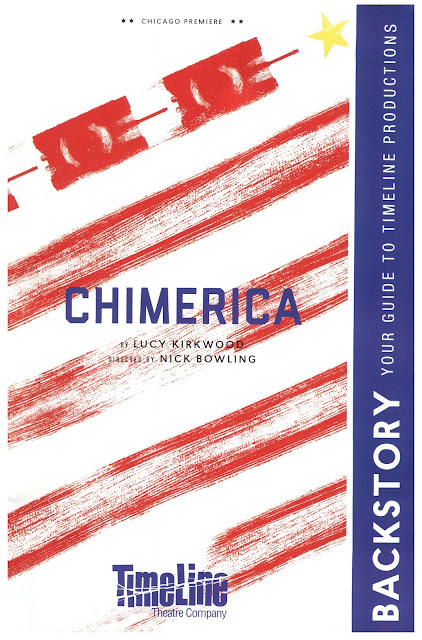 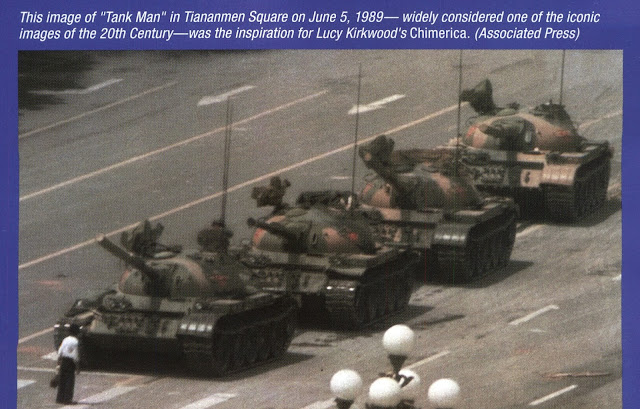 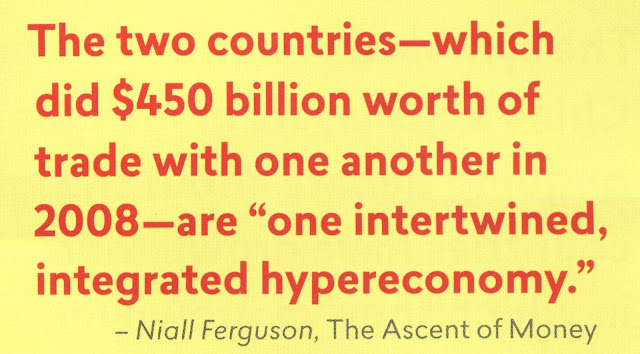 extremely thought provoking and yet and entertaining evening at the theater - the thing we are always seeking as we head out to see the next play on our list..... tomorrow a return to goosefoot - but a "new" goosefoot - so we will update you on the changes- one we already aren't thrilled about - a 6:30 start time (what?- what happened to "dinner at eight"?).... STAY TUNED!
Posted by TOR at 12:34 AM