So last night and tonight we spent our evenings at the theater- and we saw one excellent play and one play that was pretty much unintelligible to us.

First - last night we saw the excellent production of City of Conversation at Northlight Theater. 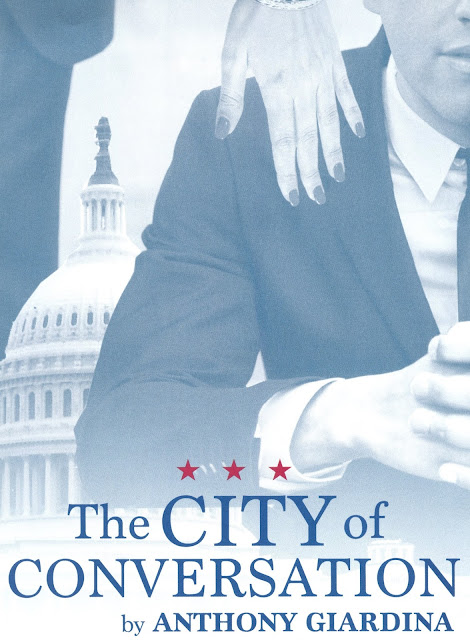 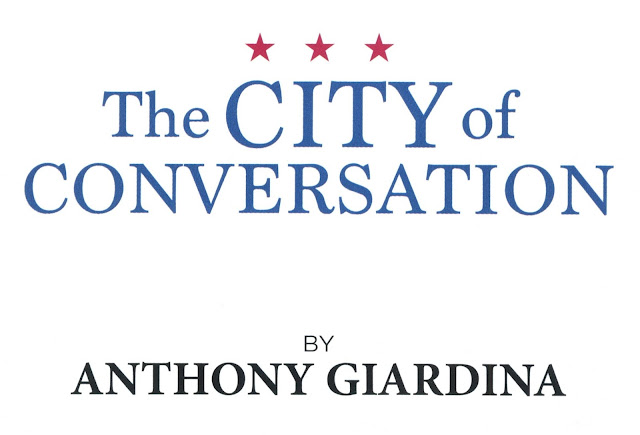 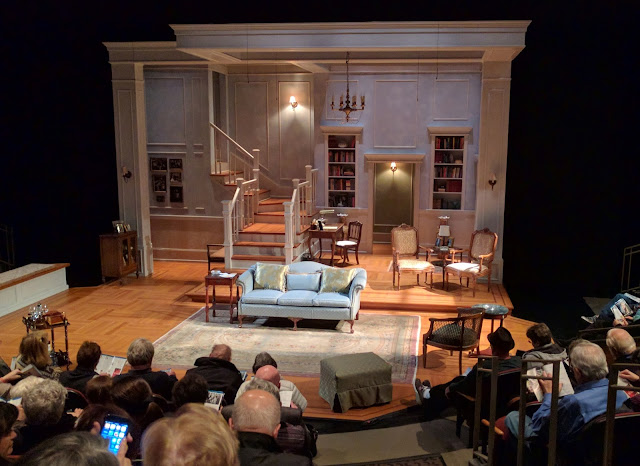 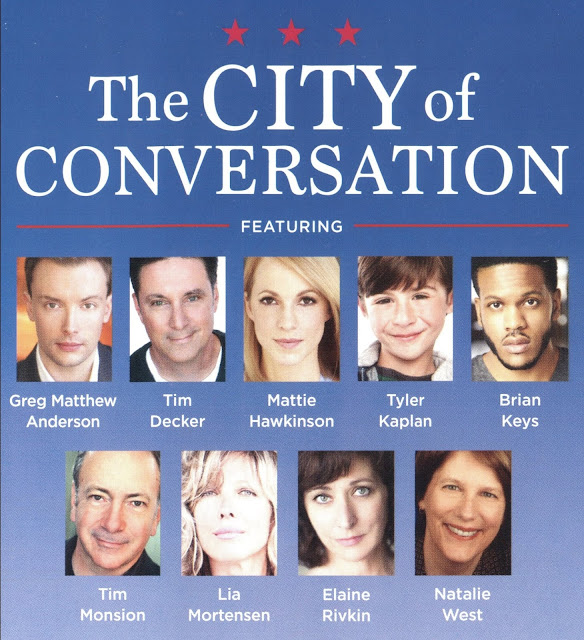 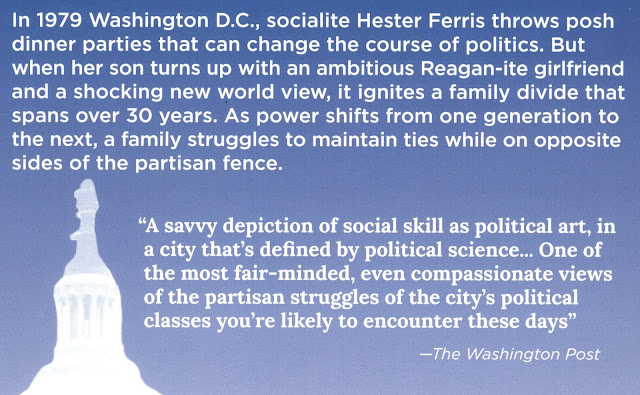 every performance was excellent but those by Greg Matthew Anderson and Lia D. Mortensen were outstanding! (and in a strange circle - the first time we ever saw Greg and Lia they were playing in Night and Day opposite each other - with Lia as the wife of the David Darlow character and Greg as the journalist who she becomes involved with during a south African political coup. I will be that was nearly ten years ago! yet the performances were memorable enough that it stuck with me.)

Snappy and on-point for today's political world, the duologue was the highlight of this play.  This is a perfect example of why we love theater. thought provoking, shaded in greys not black and white rhetoric, that creates an evening of intense entertainment.

from the Tribune review by Chris Jones:


"The City of Conversation," the truly superb, deeply involving 2014 play by Anthony Giardina about the death of inside-the-beltway conviviality, is set in the comfortable home of a Washington hostess and Democratic political fixer — she's called Hester Ferris here and played at the Northlight Theatre by Lia Mortensen. It's 1979, the beginning of the end, you might say. The first crack in the formidable Hester's armor appears when her son Colin (Greg Matthew Anderson) arrives home from the London School of Economics with a new fiancee, Anna Fitzgerald (Mattie Hawkinson), whom his mother immediately recognizes as a dangerously ambitious climber. She's also a conservative. Colin — a malleable child of privilege who lacks his mother's drive and ideological determination — is entranced by Anna's beauty and brains. Sides are taken.
When the fight over Robert Bork's nomination to the Supreme Court erupts and further trashes civility — all politics now being personal — Anna pulls out the most powerful weapon, access to Hester's young grandchild. Whom Hester loves. Is it worth folding your political tent for the love of a child?
The question makes you shiver, does it not?
So. There you have a very juicy, well-made play that is no font of formative experimentation but is nonetheless a rarity in American theater — a sharp commentary on Washington politics and personal behavior, then and now. Giardina clearly sympathizes most of all with Hester, who has to fend off this Minnesota Eve Harrington, but it's not an adoring portrait nor a characterization oblivious to the flaws and inequalities of the old system. To its credit, this sharply written drama allows for the notion that all politics should be personal, especially since those legislative matters often make their way into the bedroom or the doctor's office. And it also acknowledges the argument that the old ways of drinks and persuasion were anti-democratic.
The director obviously figured out that Anna could not be a harpy, and she found Hawkinson, who comes armed with a performance that's at once appealing, warm and totally terrifying, because of the way (she) captures, without resorting to stereotype, those who just are so certain of that in which they believe that they genuinely don't understand shading and nuance.
Mortensen's performance still had a way to travel at the final preview, but the building blocks were there. And as the third member of this love triangle pulled until his head explodes, Anderson's work is also very clever in the way it reveals the truths of his man only over time. There's also a rich cameo from the formidable Natalie West as Jean, Hester's sister, and a gentler character who is there to remind us that power is fleeting, aging follows youth and that we might all do better to be guided by deeper values.
This is a play worth seeking out- highly recommended as the perfect perspective on the political process - especially as we near November 8th with it's pitched frenzy of vitriol and venom....

The second play was Tom Stoppard's adaptation of Pirandello's Henry IV.... an examination of reality and madness in the form of ???? a comedy - a tragedy? a??? why all the question marks....because I just don't know. 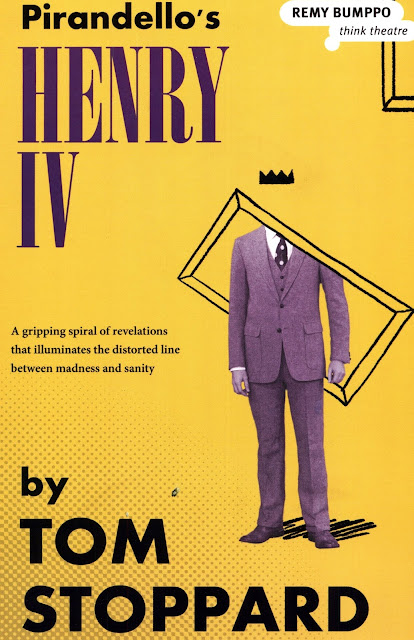 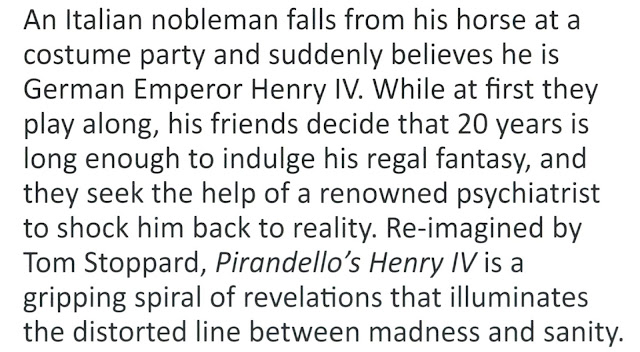 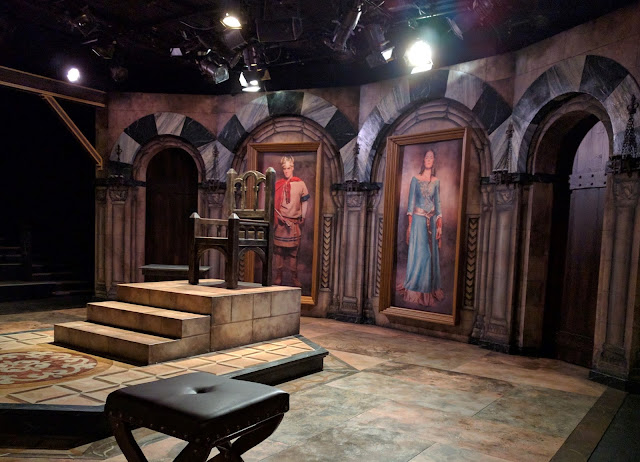 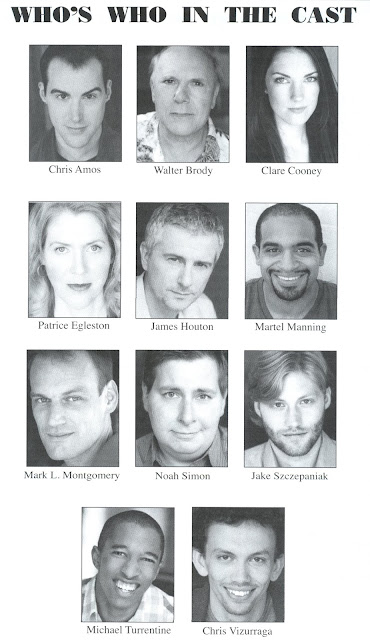 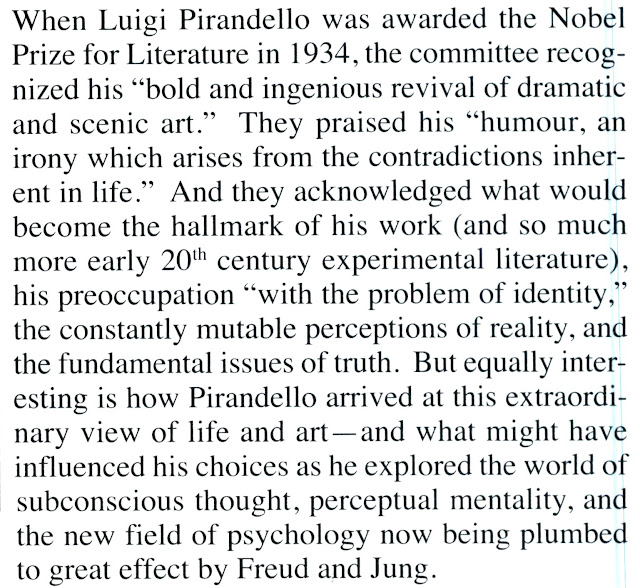 so here is my review-

I have no idea what this was - was the guy a madman? was he "cured" and if so. when exactly did that take place and he become a sane man playing mad? less than a week ago I was thinking the same things at the Roger Waters concert at #deserttrip2016 LOL... This play was an interesting intellectual exercise perhaps but in the immediacy of our situation in America today I wonder if we really need this level of mental masturbation... Admittedly a distraction from the madness we witness on TV every day these days might be a welcome respite but given the madman dominating the media right now I am not sure I needed a night of yet another version of tyrant crazy or cured reigning his manipulation on those around him.... perhaps in the end it hit a bit too close to home...


from a Variety review when the Stoppard play premiered-


Truth to tell, there are diminishing returns to be found in the Chinese box-like structure of a narrative about a modern-day Italian who is presumed mad only to reveal that his insanity was itself a ruse.
Though severely concussed several decades before in a riding accident, McDiarmid’s nobleman has in fact long been perfectly well. What, then, can explain the persistence with which he clung to the eleventh-century German emperor (and Papal adversary), Henry, who, play’s title notwithstanding, has nothing to do with the Shakespeare monarch? Easy: this “Henry” took solace in living as “a madman of sound mind,” his entire life a deliberate masquerade.
The play turns on Henry trumping those who have come to cure him, starting with his once-beloved, eternally chic Matilda, her teenage daughter, and a psychiatrist who bears the brunt of the ringmaster’s venom. But for all those who join the gathering, which includes a young quartet of “privy counselors” cursed with such Hobbit-like names as Ordulf and Landolf, “Henry IV” is by definition Henry’s play this time around, just as it was in its last, far more conventional London outing, starring the late Richard Harris, in 1989.  A short evening may be nearly one-third over before the title character arrives, but from McDiarmid’s first abject appearance, shuffling on barefoot, the rest of the cast barely stands a chance.
So inherently theatrical is this star in a role that has always attracted stars — before Harris, Rex Harrison was considered a notable Henry in 1974 — that McDiarmid lessens the pathos that ought to accompany Henry’s revelations, once the mask of performance falls away to deliver the shrewd yet sorry man beneath. Although Henry upgrades his clothing from the sackcloth in which he first appears to the floor-length velvet number that opens act two, McDiarmid doesn’t entirely forsake a tricksiness that may, in the end, be that bit too much for such a tricky play.
So on we go- with the Film Festival starting this weekend and another play on Sunday at Theater Wit... you won't have to wait long to erase that craziness from your mind... Go to see the City of Conversation and marvel at what you can do with a straightforward story line and character development...

I will get back to you as we progress, son Jeremy is in for the weekend and next week I am off to open the Florida house for the winter... there and back in forty eight hours... and then we are in the northern count down - with many nights out and company from Denver and NC along the way.... stay tuned.
Posted by TOR at 11:37 PM