The first Saturday in December has brought Bradenton the Blues for the last five years - in the form of the Blues Festival.  This was the first year the headliner was not a female and I don't think I would be the only one who had the opinion that this was not a positive thing.  The order from first year through last was Ruthie Foster, Shemekia Copeland, Marcia Ball, and Janiva Magness... this year the women were sorely missed in the line up. 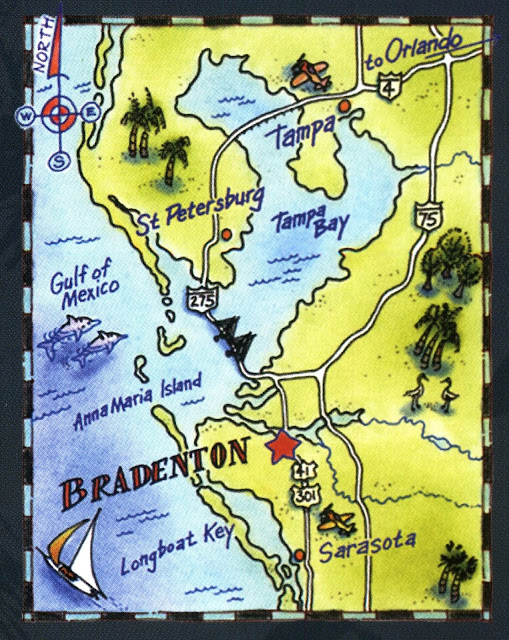 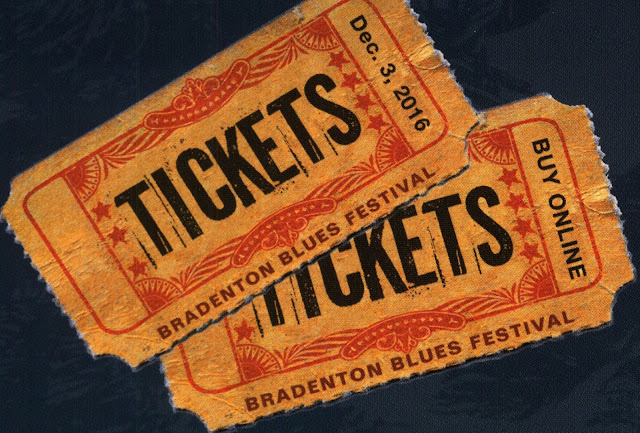 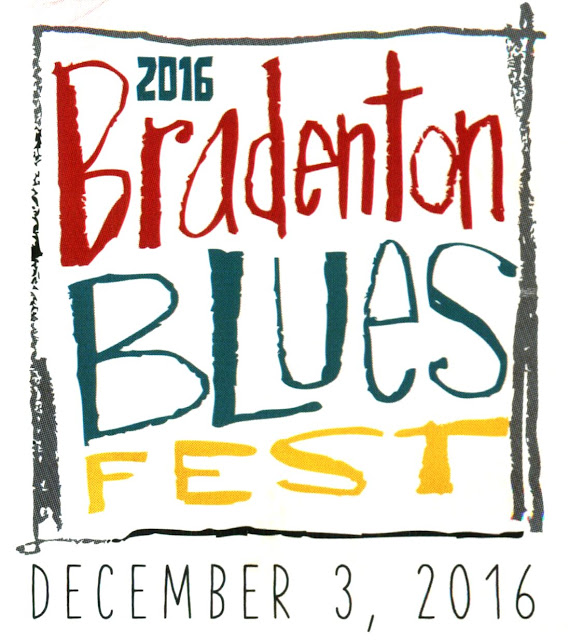 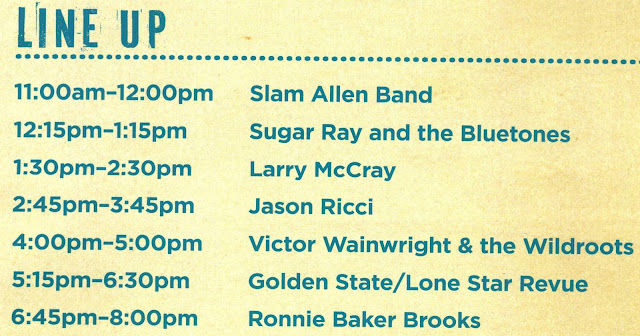 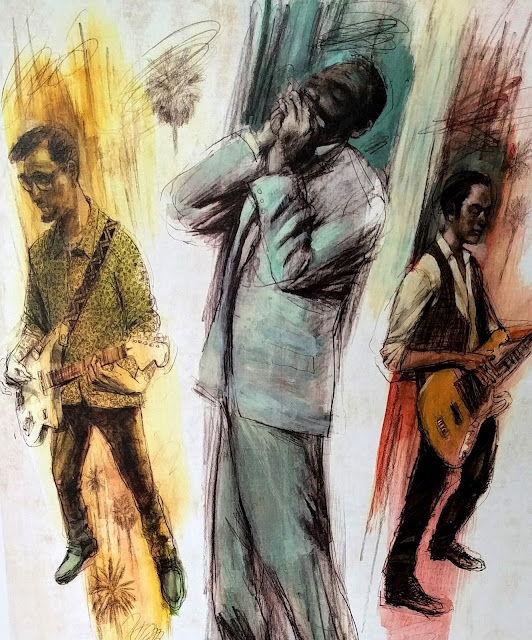 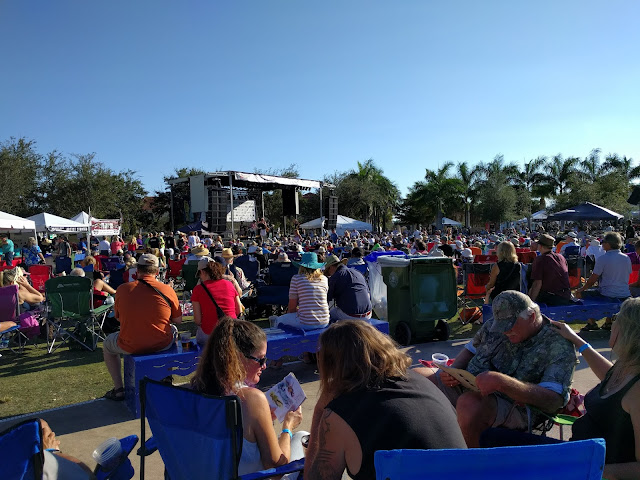 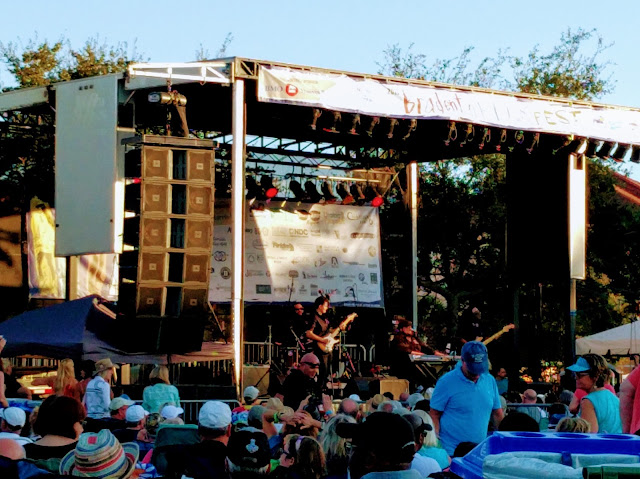 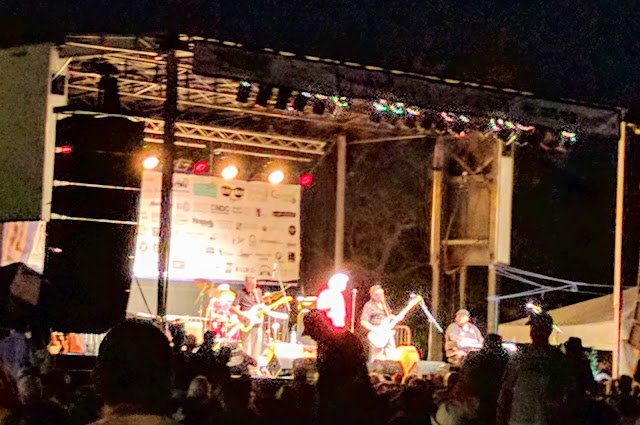 We arrived about 2:30 in time for the gender bending Jason Ricci- whose harmonica was virtuoso - and had a guitar like depth of sound...

weren't crazy about the next one- nothing horrible just not inspiring-

the headliner- had a mean blues guitar but there was something quite flat about the whole afternoon- maybe because there were no named acts who were female- just a thought... 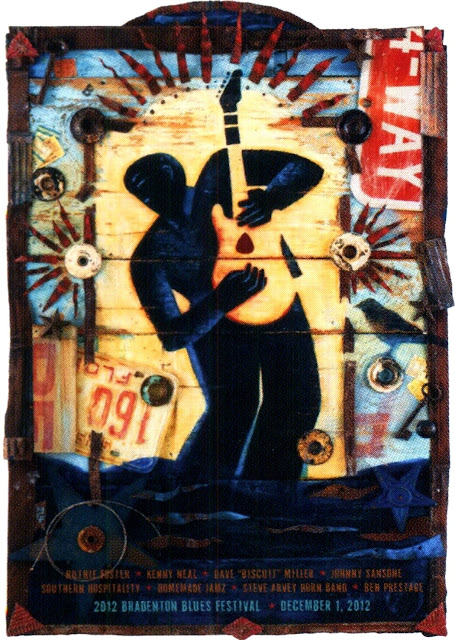 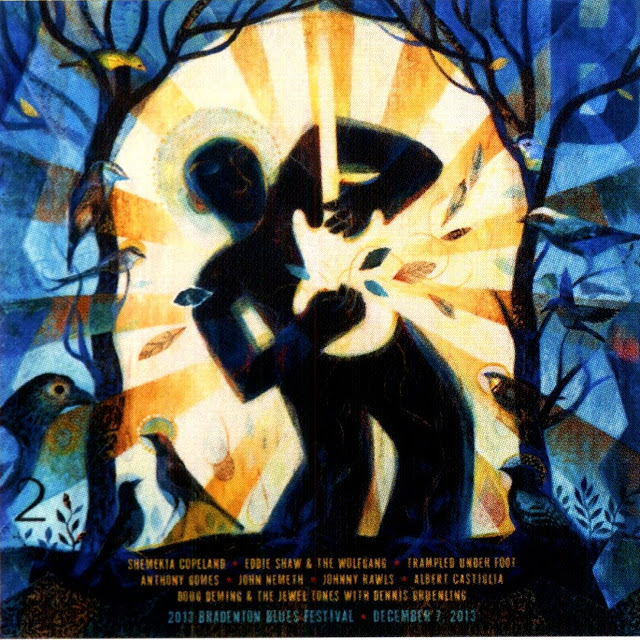 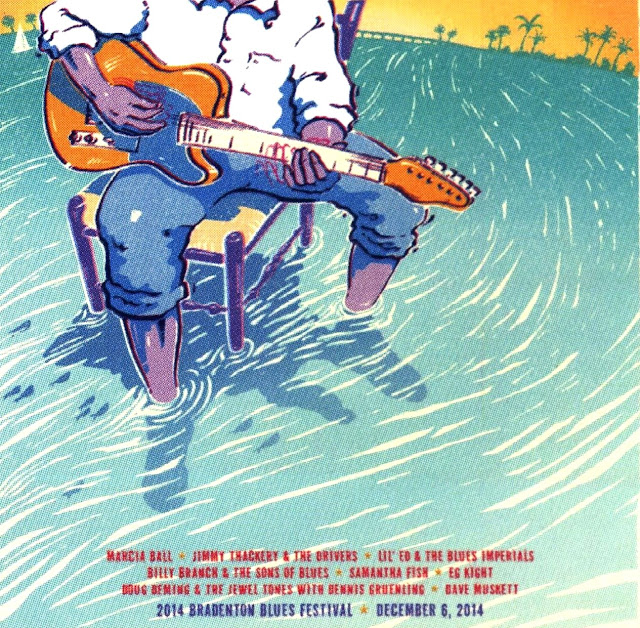 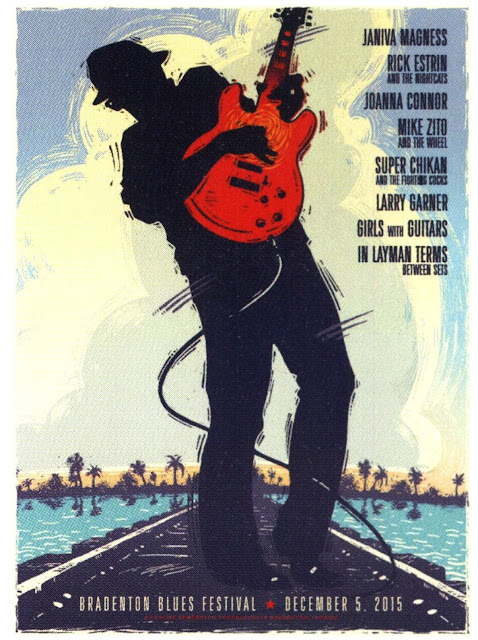 the venue is right along the Riverwalk in downtown Bradenton- 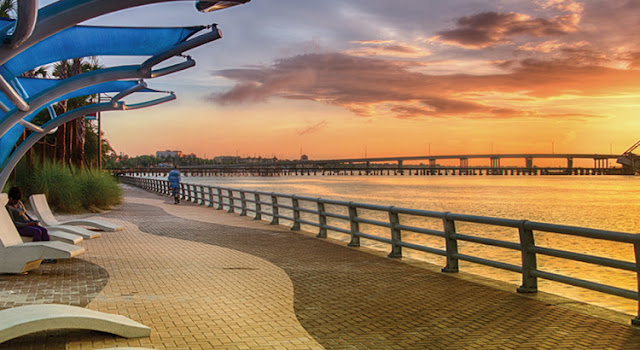