so we did make it to 2017 --- I feel like adding the word finally at the end of that statement because 2016 was not my favorite year by a long shot.  We had some difficult times along with some really great ones- it was sort of a bi-polar year for us I think in reviewing it.  The move ended with the positive of our new summer home but the process of getting there was inordinately difficult.  By the time we left for our winter place things were in good shape but anyone who has moved into a new home knows that there is always a lot of work in getting settled and even more so when you move into less space than before.

The real highlights of the year were two things that really stood out as once-in-a-lifetime events. #1 was definitely meeting Lech Walesa in Gdansk and then #2 was the trip to DesertTrip to see the legends of rock.  After that all the good stuff was about seeing friends and spending time with friends and family. And I was so reminded of this because the first thing we did in the New Year of 2017 was head up the road a bit to Kissimmee to meet Claus & Evi who were doing a getaway for a couple of weeks to a golf resort near Disney.

We had seen Claus & Evi and their son Conrad, along with Conrad's wife Vroni and son Constantin (then an eleven month old cutie!) at our place in Chicago shortly after we had moved in- we still had a few boxes and no couches to sit on LOL- so we had to use the deck- which was still bare of greenery and the finishing touches but we were in luck because the weather held and we spent the afternoon catching up in a way we couldn't the evening before at a crowded restaurant in the west loop area.

It was a really nice afternoon and evening of just relaxing on the patio of their resort rooms and then having dinner in nearby Celebration.

We did our own New Year's Eve at home celebration with lots of goodies- the foie gras course was Phil's fave and the caviar was mine...  along with the cheeses and dates and olives as the last moments of 2016 faded into history. 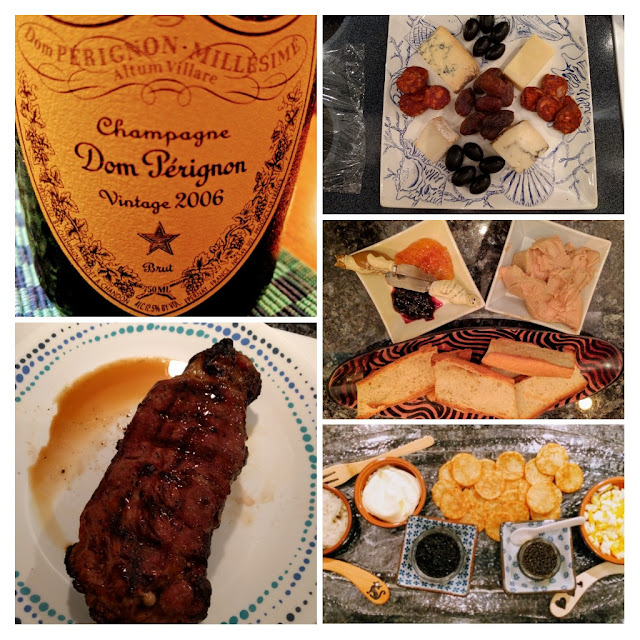 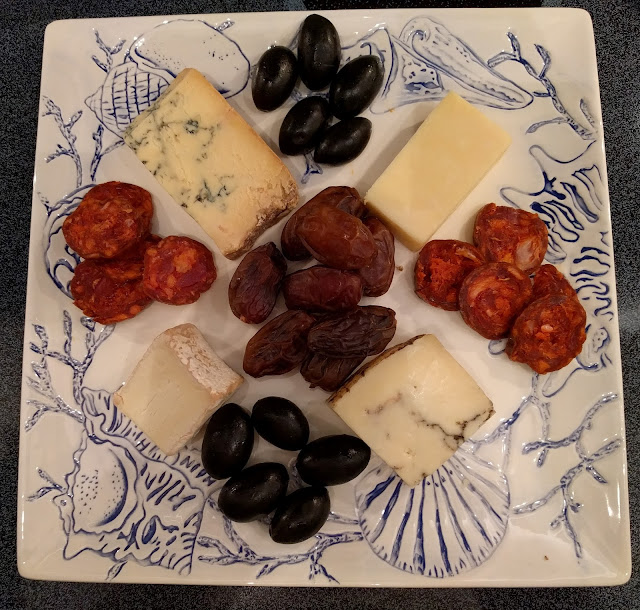 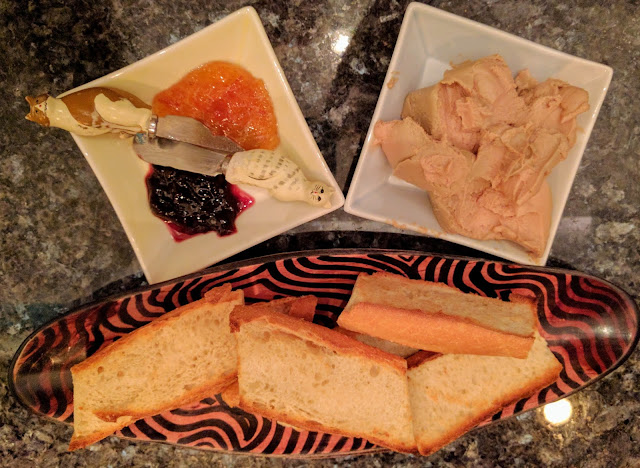 And so we get a fresh start and at the same time move into our busiest social season. And classes at our local college start next week- I have one more book to read for the class I am taking....

here is the book list- the course is being taught by Dr. Benita Stampler who heads the new Asian wing of the Ringling Museum- four books, from different periods and different cultures: 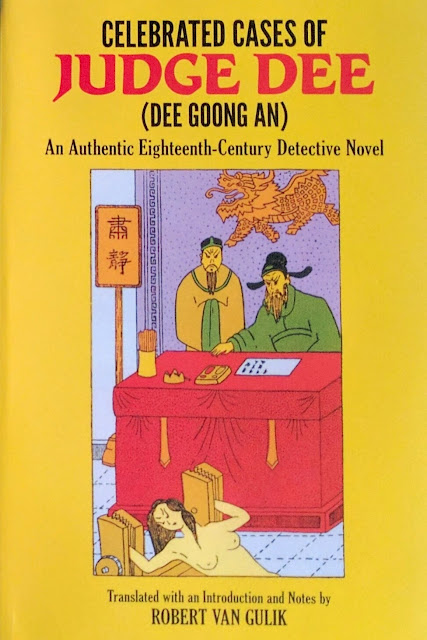 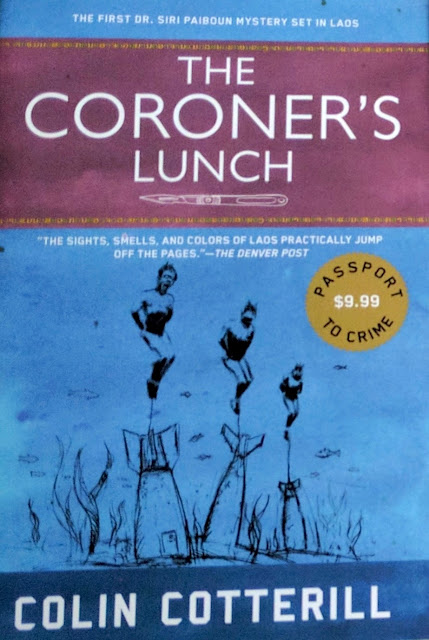 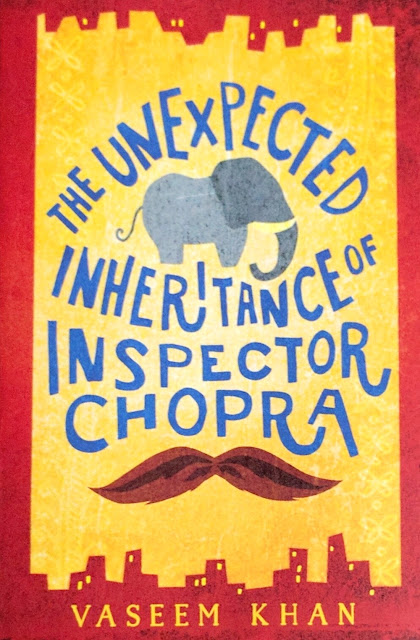 So far I have liked The Coroner's Lunch the best - an engrossing tale of communist era Laos with a protagonist who is in his seventies and quite world weary... the Judge Dee book was intellectually interesting but very "foreign" in both time and culture... the Inspector Chopra book took me the longest time to get through because I was worried more about the "inheritance" than the crime... the inheritance was a baby elephant (who it turns out is semi-psychic LOL)

In about ten days, we are helping our friend Barbara celebrate her 99th birthday!!!  January brings a visit from Poul & Lene (from Copenhagen) and our trip north to Chicago for five days (what were we thinking?) Another thing we will enjoy in January is a visit from friend Mike, who is driving over from Houston. A couple of concerts, the symphony and the ballet also found their way on to our calendar this month.

So we have all kinds of things to look forward to... and things get busier in February LOL- so you know retired people are always so busy "doing nothing" LOL... we don't know where the time goes until we start looking at the Year in Review LOL... so stay tuned- always something to report.
Posted by TOR at 11:55 AM