Yes, I know the Republic of Georgia isn't technically as far away as my trip to Uzbekistan last March but the flights connections are so completely sucky that it takes longer to get the shorter distance.  So We left on Monday October 2nd at 6PM and arrived two days later on Wednesday October 4th at 6AM - 36 hours in transit on a nine hour time change.

As most know, I have a travel addiction, so I recognize a problematic transit when I see it.  So I early on snapped into action and got a day room in Warsaw (our transit point and location for a roughly nine hour layover) to ensure we were not complete zombies during the first half of the trip.  I am sorry to report that our experience in Business Class on LOT Polish Airlines was not stellar but then the prices were commensurate.  This is not Singapore Airlines or Emirates...LOL.

But we finally did arrive and fell into a decent sleep at roughly 6 in the morning- to wake in time for lunch in a hookah bar - yes you read that correctly... called Huggo Bar.  We had terrific cream of mushroom soup and two of the styles of the cheese bread known in Georgia as Kachapuri... 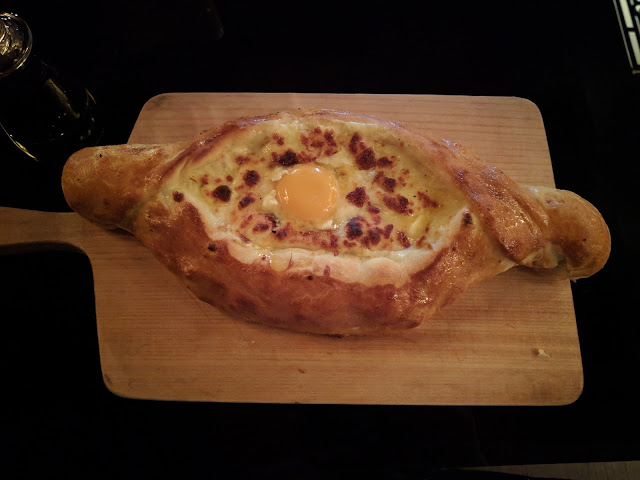 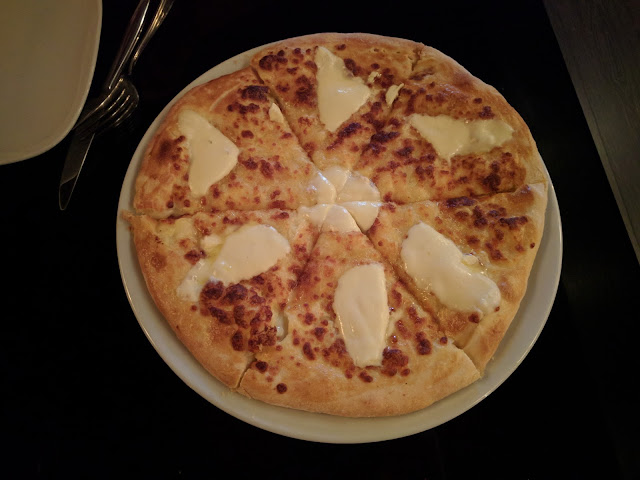 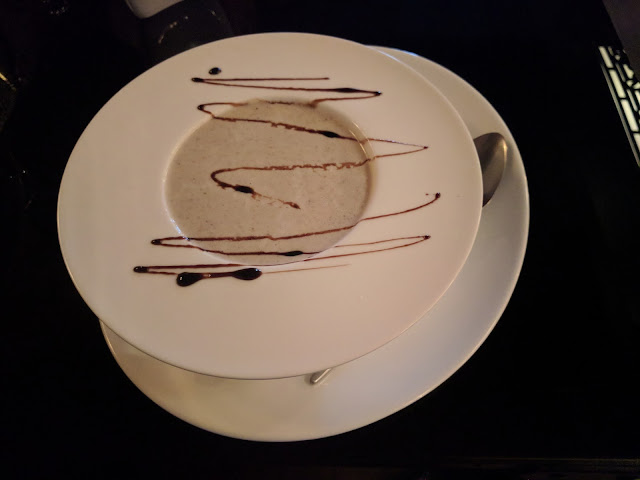 the soup was hot and good - very good- and the place was almost empty in mid afternoon and had an atmosphere conducive to hookah smoking (or at least I imagine it such, LOL) 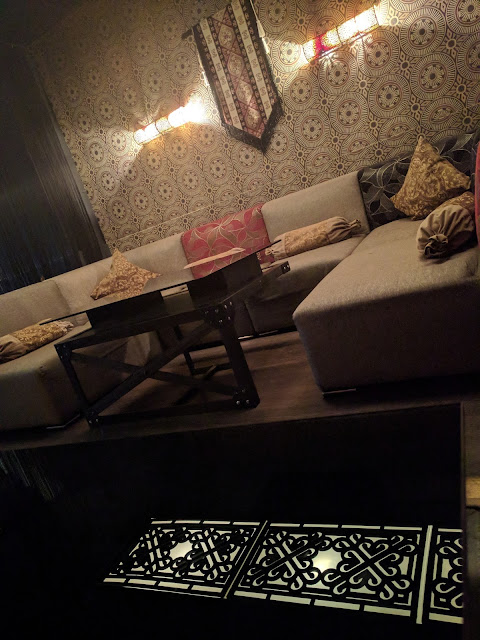 we met the small group of epicurean travel mates at 5:30 in the lobby and had a welcome drink in the hotel before deciding that our lunch was so filling we would just have soup in the hotel cafe for dinner.

here is the run down on the upcoming itinerary 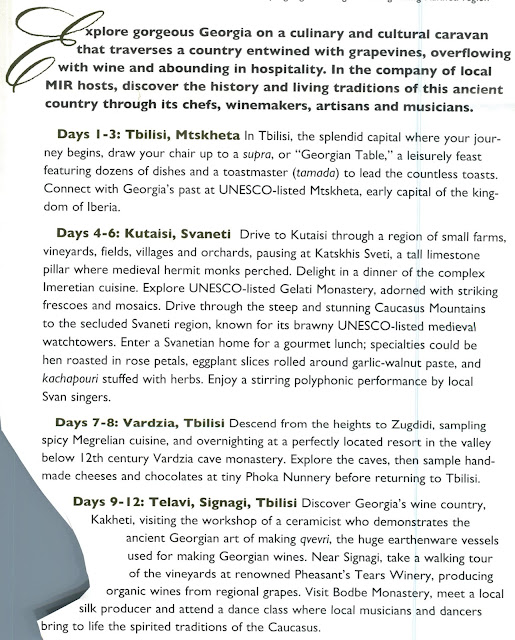 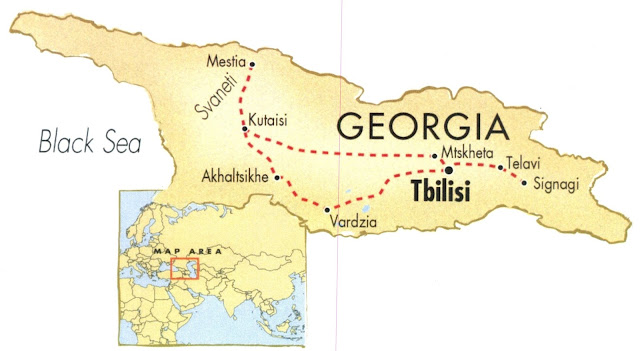 I will warn you up front that this trip involved an overwhelming amount of drinking and eating in that order along with a few sights along the way and huge blocks of time in the bus as distances are slowly traversed on roads that varied from horrendous to modest... and included many many mountain switchbacks (all handled with grace and ease by our magnificent driver Artem!)

Before I head off in the full blown run down of the trip I will say that it was really not for the faint of heart... on Day Two we lost one woman to a broken ankle from a fall down steps in the museum.... I would like to be the person who introduces handrails to this country as they are virtually non existent LOL.  That lady flew back to the States for surgery to repair her ankle.  (Her partner stayed on) On Day Five we had a woman fall getting off  the chair lift that had taken us to our magnificent lunch spot. She broke four ribs and was badly bruised....she and her husband took a couple of days off but returned to the trip for the final segment. And despite numerous other spills in the treacherous terrain (luckily none by the two of us) no one else was hospitalized.  We did however take a day off in the middle of the trip when both of us were felled by a stomach virus that kept us close to "home" for 24 hours.  We also rejoined the group for the final segment via a car service to catch up with the festivities.

So as I said the trip was for those who can soldier on through an infrastructure that leaves a lot of room for improvement.  What cannot be improved is the welcome of the Georgian people and their incredible hospitality and interesting cuisine and culture....so come along with us as we delve further into -

a seemingly infinite number of wines/liquors/foods await - we ate and ate and then slept and got up and ate again - never without many choices of wine (even on the bus we had snacks and wine LOL) in a country that has quite the party-hearty lifestyle going.... so stay tuned 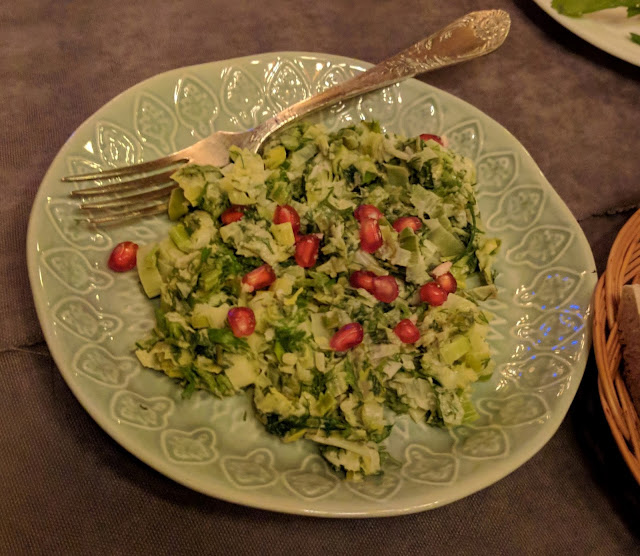 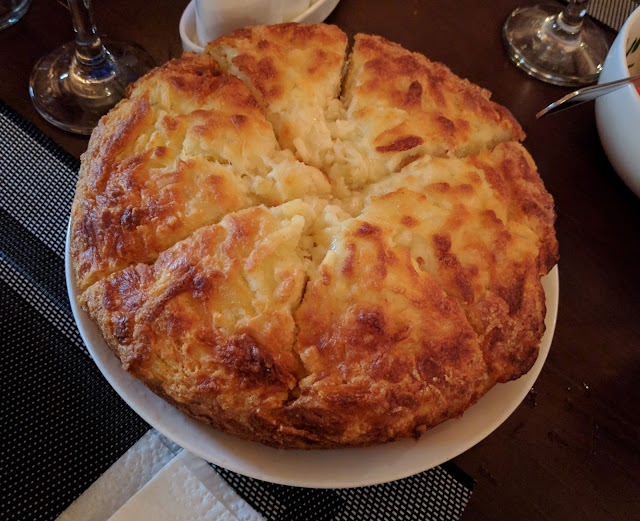 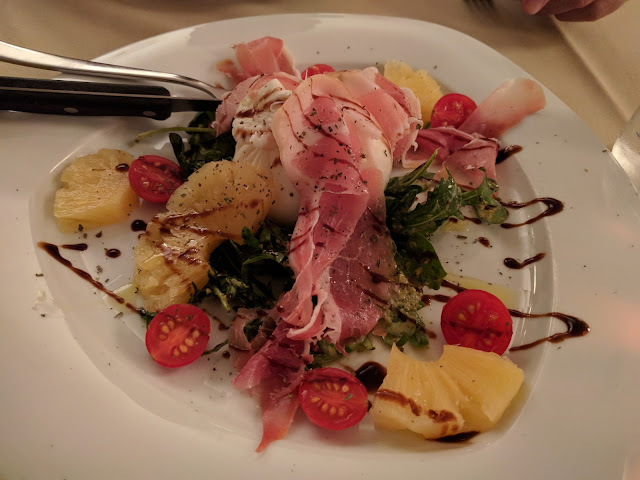 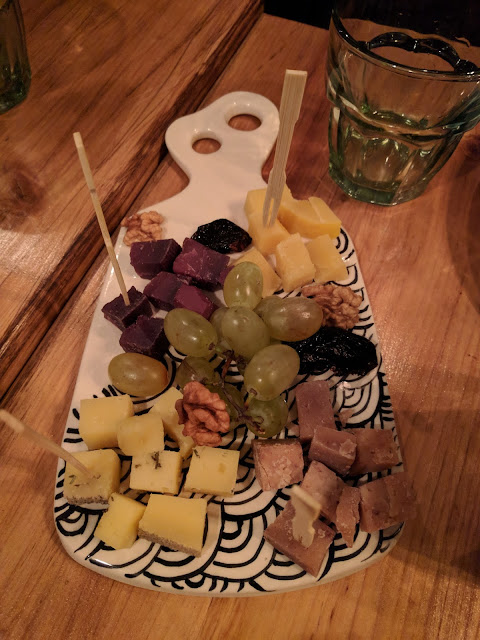 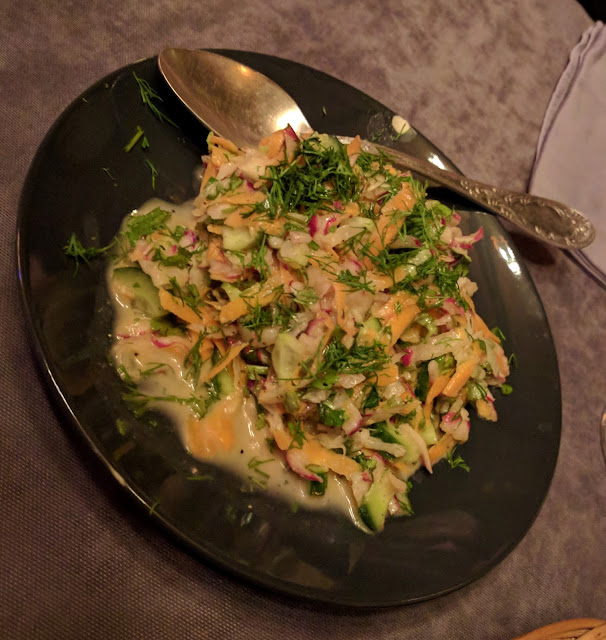 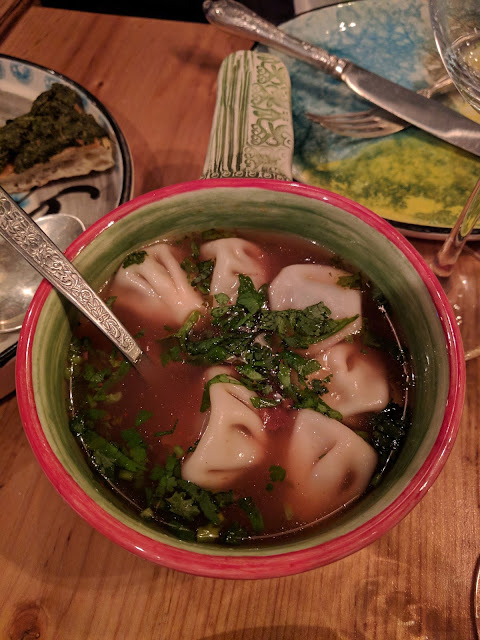 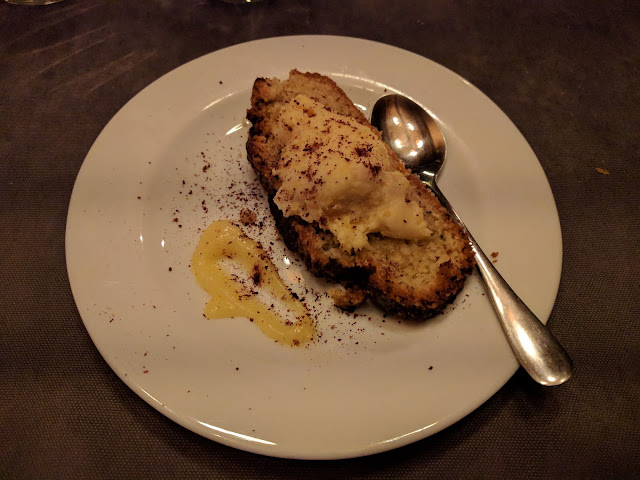