countdown is on and we are more than ready- it hasn't been over 40* "real feel" for days! Last night we met up with friend Mike and had another great meal at Cafe Marbella in Jeff Park- this homey place on the NW side has such good food and Tuesday nights are no corkage BYO.... so off we went for a superb meal and amazing wines... 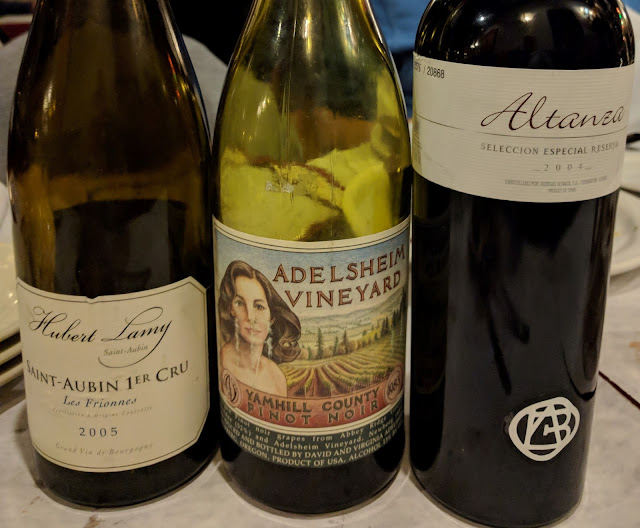 the avocado bacon and goat cheese salad - which I admit we have pretty much every time but it is worth it! 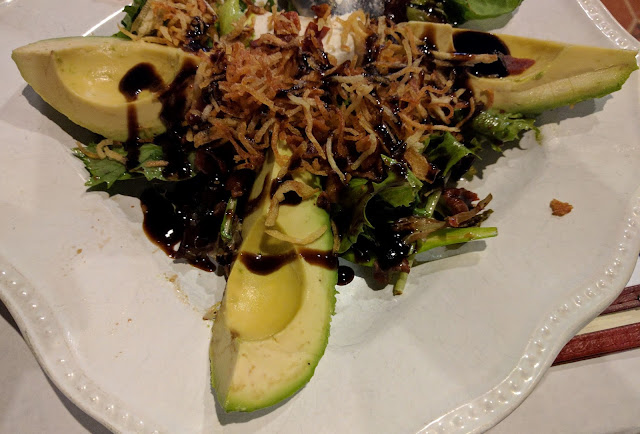 gambas a la plancha - perfectly cooked - hate it when seafood is overcooked - these were exactly right! 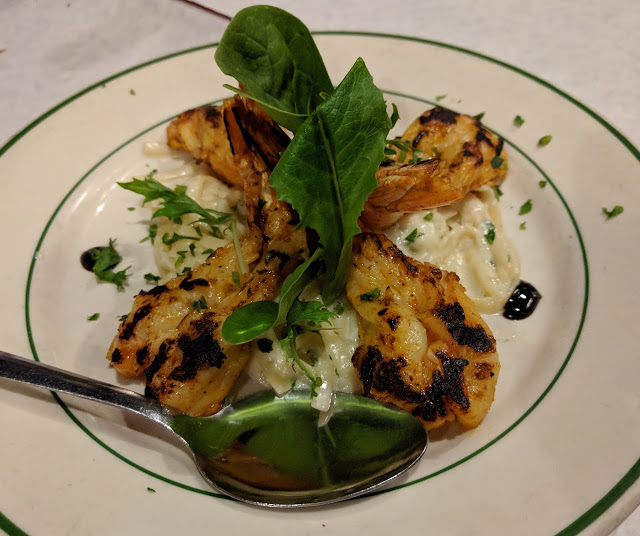 the cod dish with mussels and a fair amount of garlic- 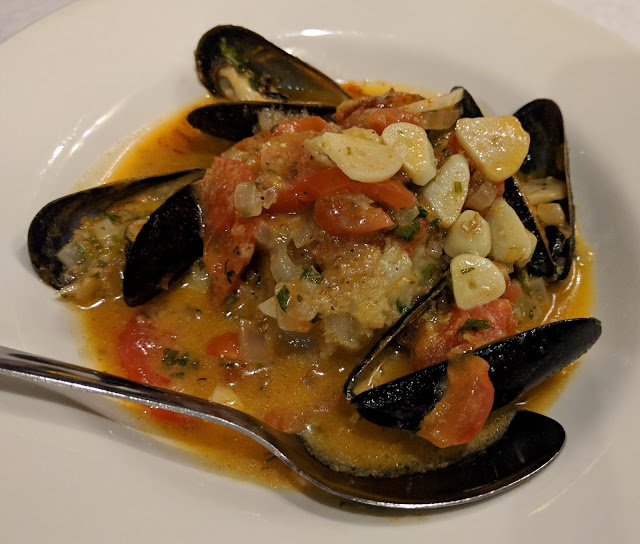 we paired this white which was not showing any age at all with the first courses- really terrific but we are running out of the 2004 and 2005 Lamy St Aubins--- they have been super reliable for many years and brought us much enjoyment! 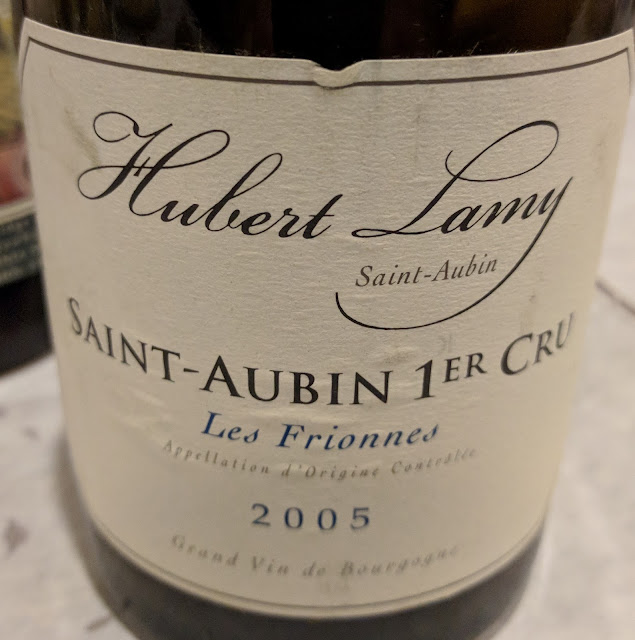 albondigs! pink in the middle and tasty! 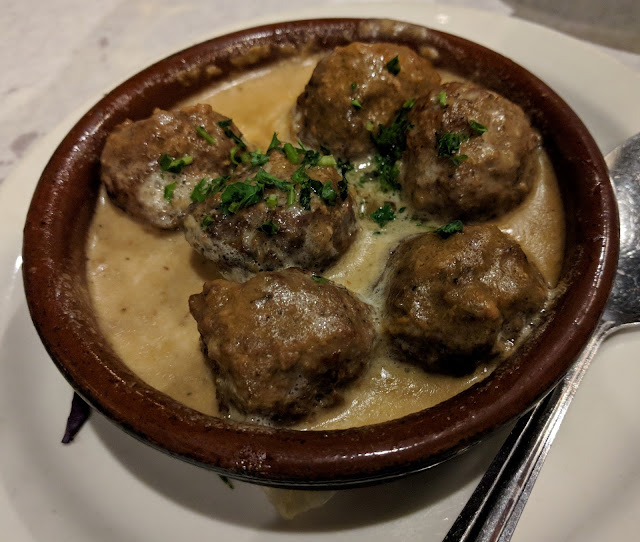 as were the mushrooms 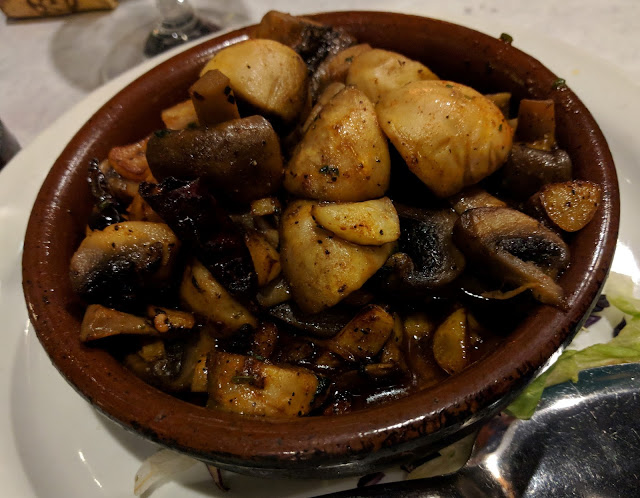 I think this was showing really well - actually opened up nicely in the glass with a bit of time- who would have thought you would need time for a 1983 pinot from Oregon... this is the second 1983 Oregon pinot we have had in a week and they both were amazingly good surprises- aged magnificently for vines that young (at the time) 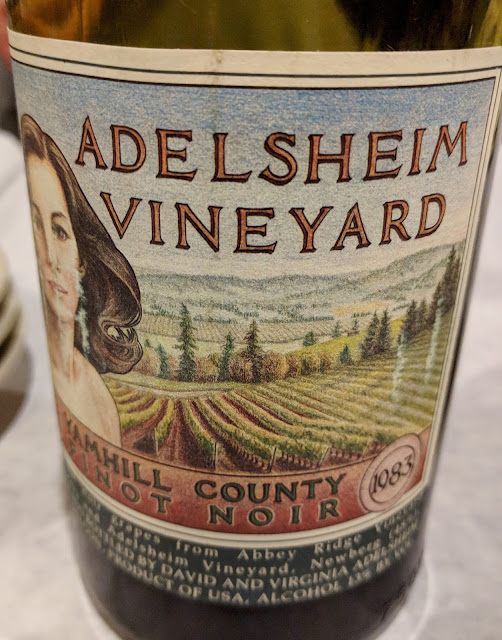 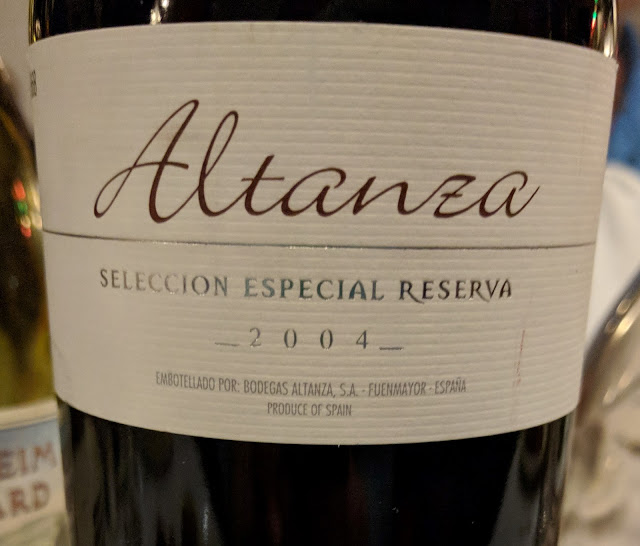 the boys had lamb chops - I skipped that course - don't really like lamb... I thought they looked overdone but Phil said they were pink in the middle - good news for the eaters LOL 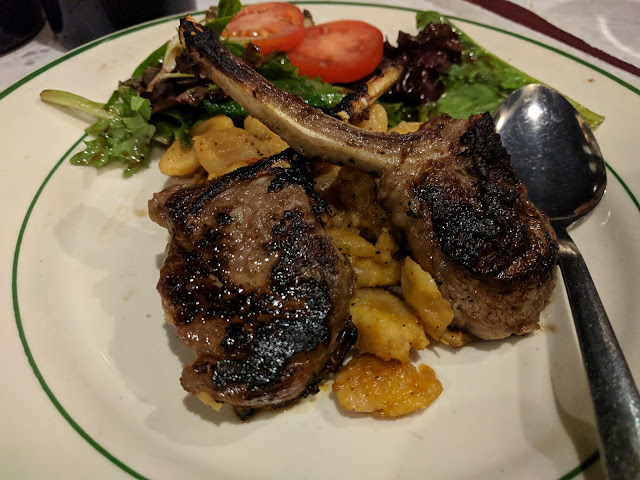 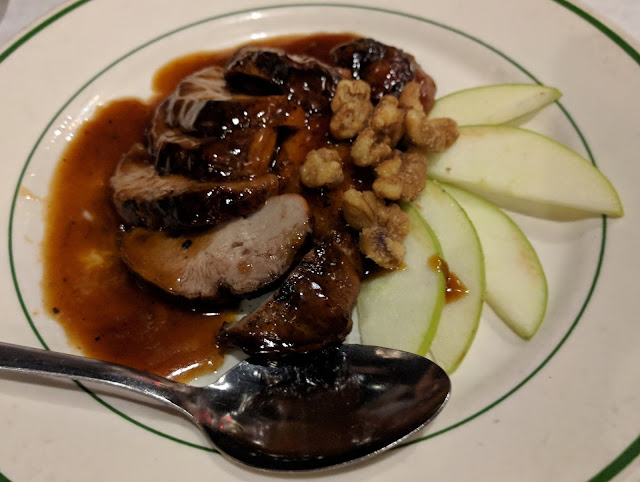 Mike had the goat cheese and butternut squash cheesecake and Phil and I the espresso chocolate sponge cake which was sooo yummy! 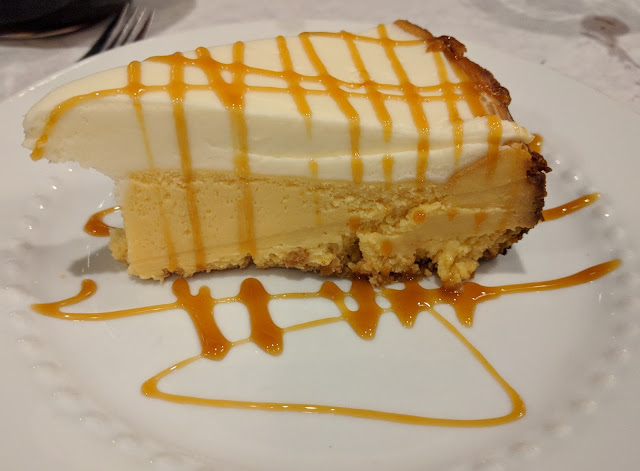 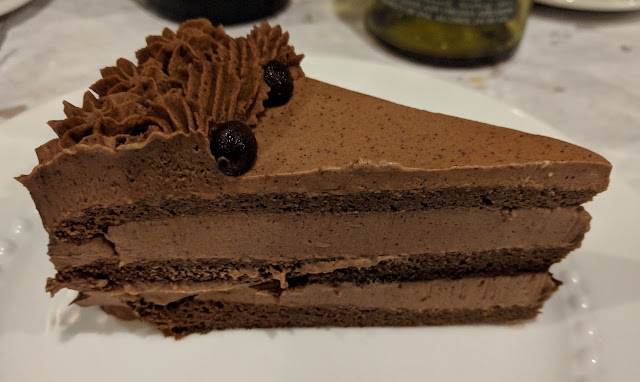 The specifics - a wonderful little neighborhood gem of a place- 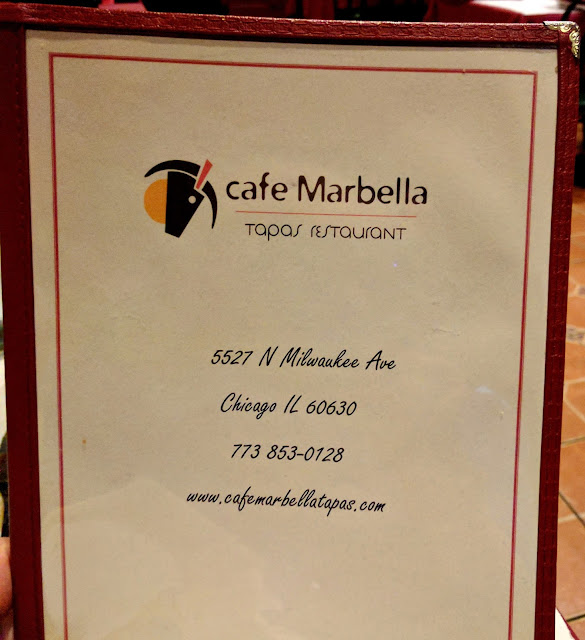 one more meal - the white truffle menu at Osteria Langhe with Sheila and Mary tomorrow night and I have a ticket to Theater WIT on Friday while Phil goes to an Old Town School concert with this folkie buds from WFMT.... then Lucy and I are out of here.  Phil comes later via plane...LOL
Posted by TOR at 3:38 PM