so the day before I went to the ballet we went to see the NTLive production of No Man's Land by Harold Pinter performed by Patrick Stewart and Sir Ian McKellen. 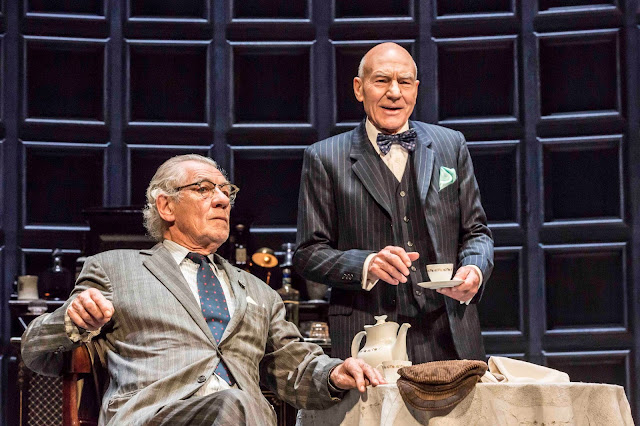 One summer's evening, two ageing writers, Hirst and Spooner, meet in a Hampstead pub and continue their drinking into the night at Hirst's stately house nearby.  As the pair become increasingly inebriated, and their stories increasingly unbelievable, the lively conversation soon turns into a revealing power game, further complicated by the return home of two sinister younger men. 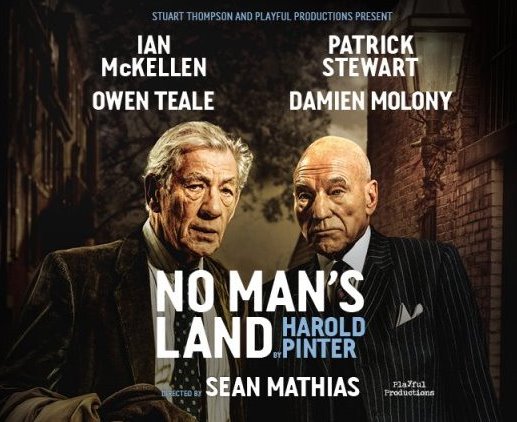 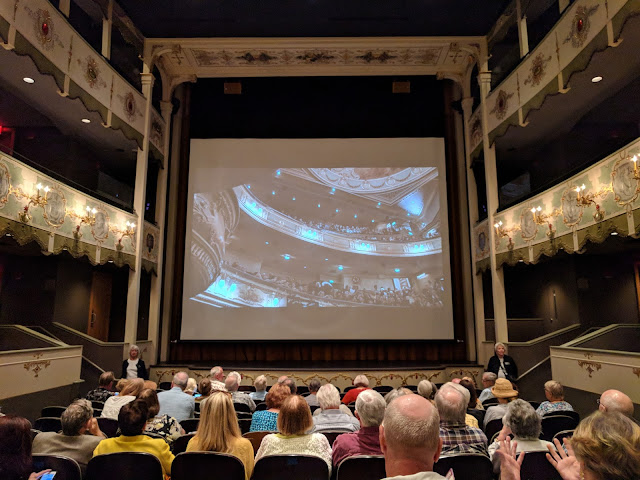 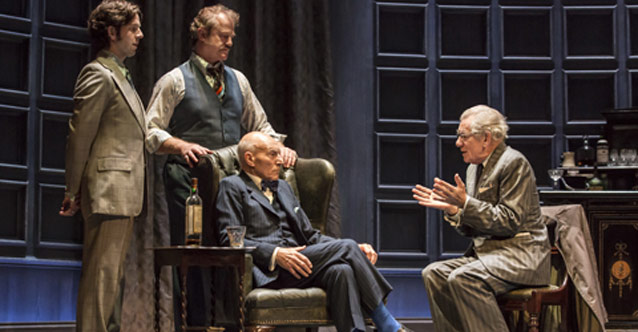 the amazing script was truly one long poem- the English language used in a manner that conveyed in phrases and repetition the changing nature of the characters (only four) as the "action" progressed.

it was dark- the older men were suffering from varying degrees of madness or dementia and the younger men were in threatening by varying degrees as well.  Clarity or lucidity was not much on stage during this performance- which is exactly as Pinter intended I am sure.

Hirst is an alcoholic upper-class litterateur who lives in a grand house presumed to be in Hampstead, with Foster and Briggs, respectively his purported amanuensis and man servant (or apparent bodyguard), who may be lovers. Spooner, a "failed, down-at-heel poet" whom Hirst has "picked up in a Hampstead pub" and invited home for a drink, becomes Hirst's house guest for the night; claiming to be a fellow poet, through a contest of at least-partly fantastic reminiscences, he appears to have known Hirst at university and to have shared mutual male and female acquaintances and relationships. The four characters are named after cricket players. (wikipedia)


the sense of being caught in some mysterious limbo between life and death, between a world of brute reality and one of fluid uncertainty. ... the play is a masterly summation of all the themes that have long obsessed Pinter: the fallibility of memory, the co-existence in one man of brute strength and sensitivity, the ultimate unknowability of women, the notion that all human contact is a battle between who and whom. ... It is in no sense a dry, mannerist work but a living, theatrical experience full of rich comedy in which one speech constantly undercuts another.

I am a Pinter fan of longstanding - my husband not so much LOL so I enjoyed it more than he did but still had to go to the "keys" (of my computer) to gain more understanding - I would say my review is "not for everyone, but if you enjoy wordplay and poetry you might take the plunge and see it."
Posted by TOR at 12:00 PM