the final class of our Appreciating Chinese Art class at Lifelong Learning was focused on modern Chinese art.  I think by the very nature of being modern and Chinese would mean it had a lot to "say" about things in the country... post Chairman and in today's political climate- and it did. 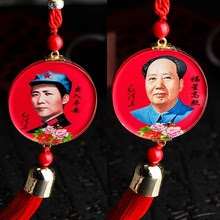 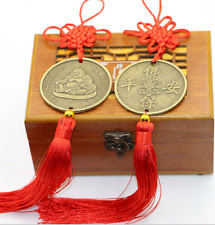 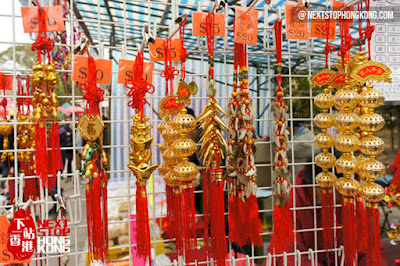 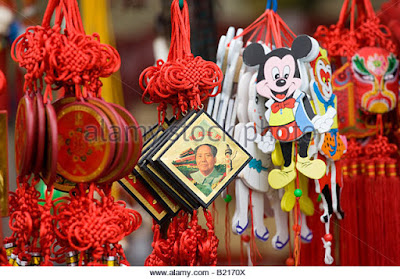 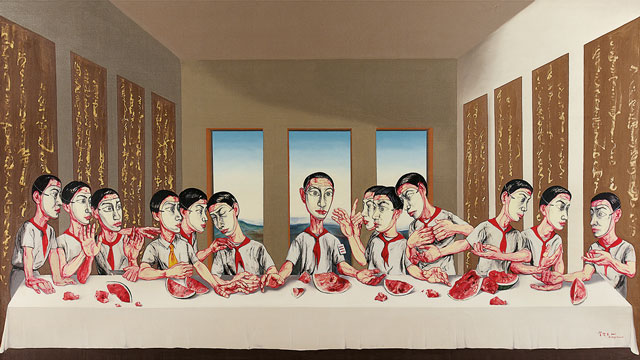 it sold for over 7 million - 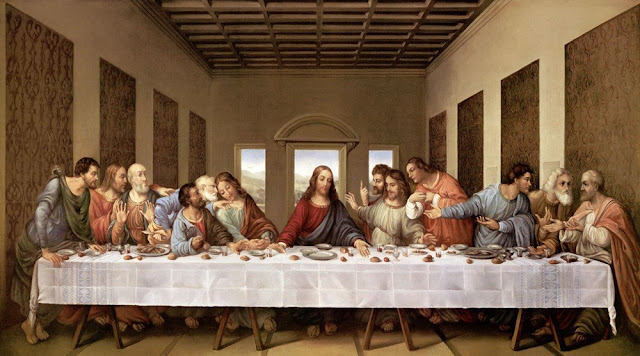 and another artist referencing the same work -

Then we have this fun work referencing the Chinese "Mona Lisa"-

A Chinese artist has created an updated version of the classic Song Dynasty painting "Along the River During the Qingming Festival" complete with many of modern China's social problems and peculiarities. Unsurprisingly, it's created something of a stir inside Chinese social media.

The original painting, "Along the River During the Qingming Festival" is attributed to the Northern Song Dynasty (960-1127) artist Zhang Zeduan (1085-1145), and has been called China's Mona Lisa (who also could use a makeover). It has been praised not just as art, but as a historical artifact that reveals the lives of the people residing in the capital Bianjing, today's Kaifeng city in Henan Province, including all levels of society, rich and poor, along with their dress and architecture. Maybe, a millennium later, Dai's work can serve the same purpose.

The 25-meter long photograph was created by artist Dai Xiang. CCTV reports that it touches upon some 40 recent social events. 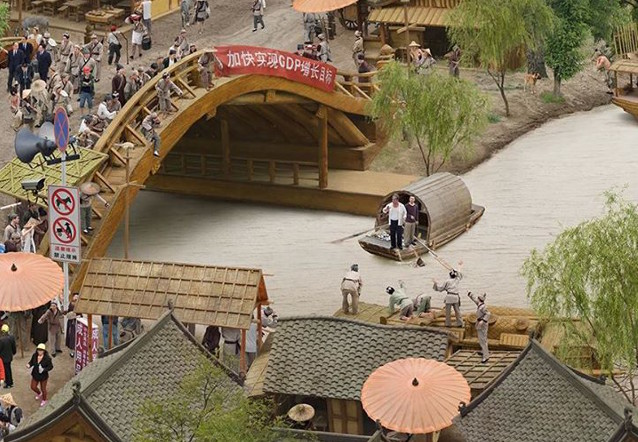 you may remember the original from an earlier post- 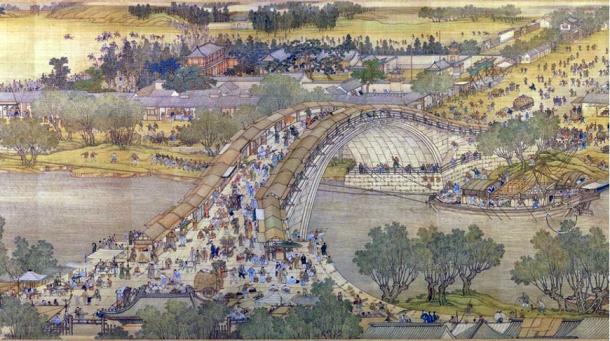 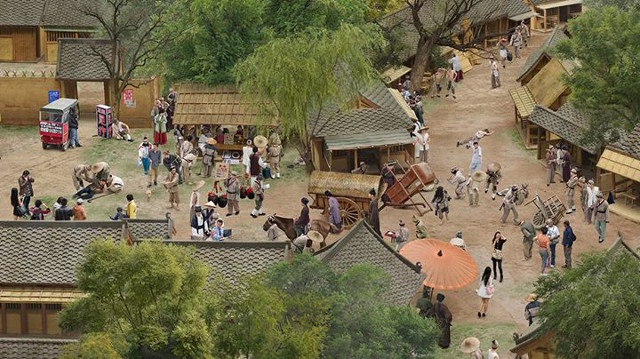 You want overzealous chengguan, over-privileged rich kids, or overt sex shops? They are all here, among the hustle and bustle along the river bank copied from the original painting. It's essentially a contemporary China version of everyone's favorite page in Highlights. 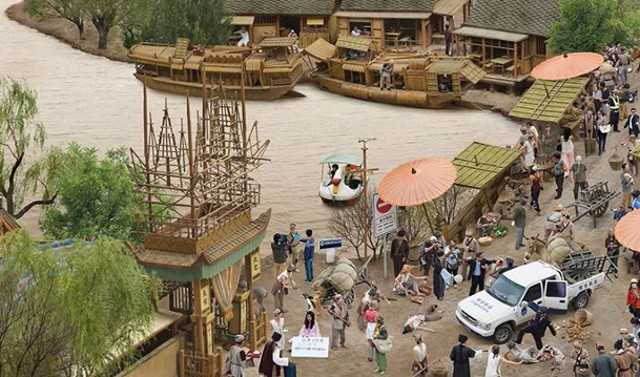 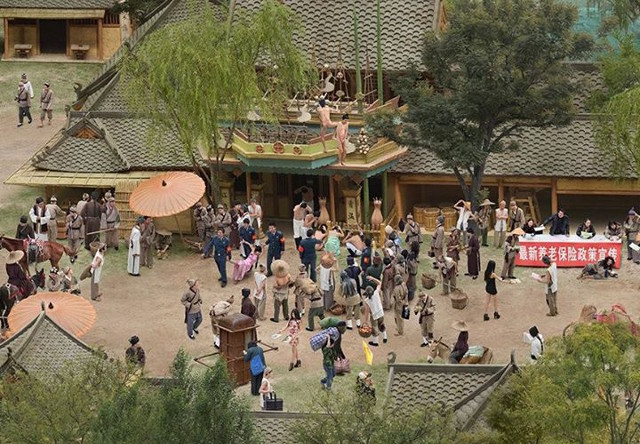 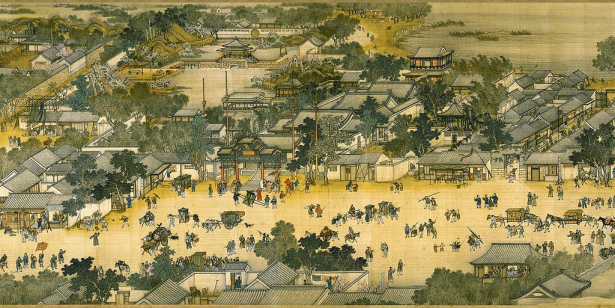 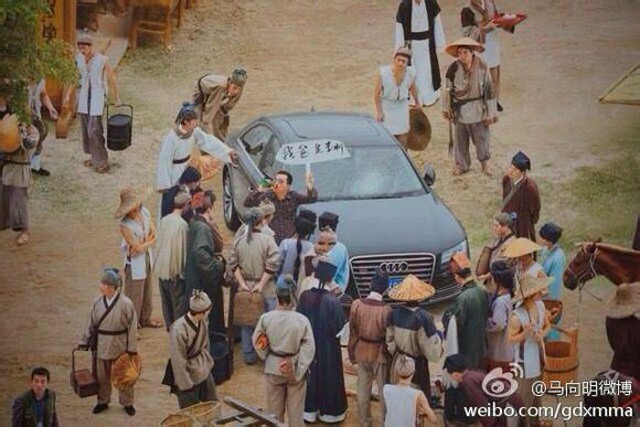 Dai says it took him two and a half years to complete at a cost of nearly 80,000 RMB and involves photographs from more than 1,000 people.  'I want to present thought-provoking topics to interact with the reality and that are based on the attitude of pushing the society forward,” Dai added.

Then we went on to another famous artist- Miao Xiaochun

Microcosm gives Hieronymus Bosch’s 15th century masterpiece The Garden of Earthly Delights a distinctive modern spin. Ancient allegories that have become obscure to us are replaced with symbols and analogies of the current era. Miao uses digital and computer languages to depict an imaginative world we can understand, but also adds details to create mystery. 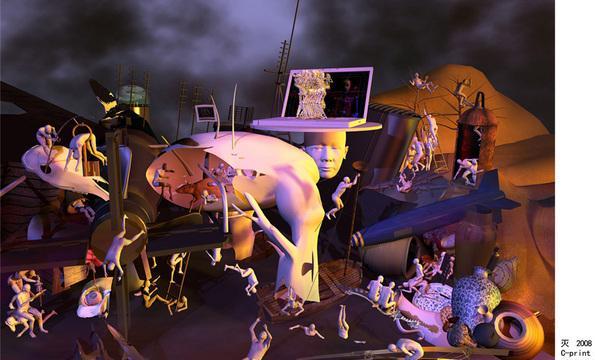 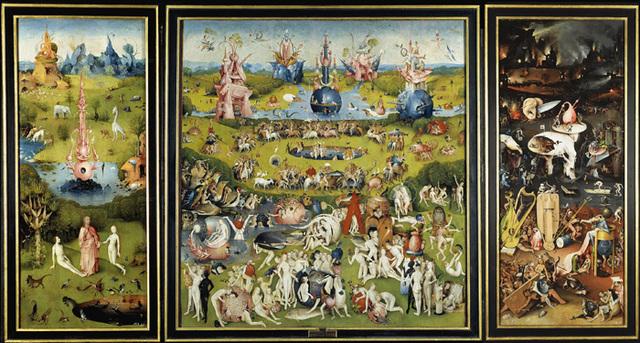 Miao Xiaochun also creates 3D animated and projected works that are constructed using computer technology and are at the cutting edge of new media. In his work, “The Last Judgement in Cyberspace”, Miao Xiaochun appropriates Michelangelo’s Sistine Chapel fresco, as a metaphor for the sins of development and consumerism in present day China. Miao has built a virtual model of the “Last Judgement” by replacing each of the 400 figures in the original with his own sculptured form. The silvery figures are modelled on Miao’s naked body using 3D modelling technology and are placed in corresponding poses and positions to the original painting. He also creates different versions from varying viewpoints, such as looking down or from the side, to model the spatial arrangement of the figures in the original fresco. Miao positions the audience as saints looking down from above and ‘the damned’ if looking up from below, it is perhaps a timely reminder about the consequences of the ‘sins’ of the present day. 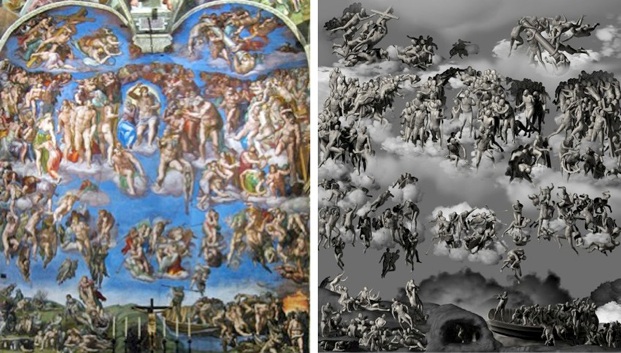 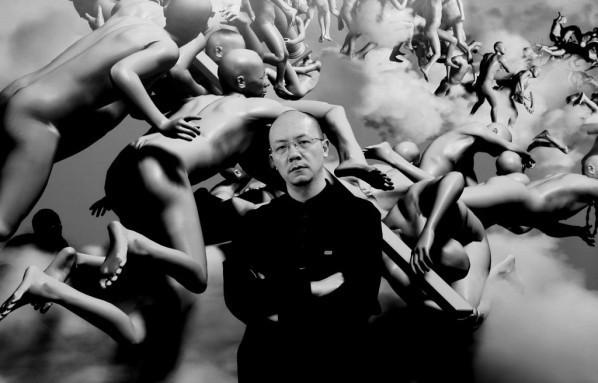 Then of course we had to see at least one work by Ai Weiwei - his works “represent a coherent exploration of Chinese culture, history and material and, alongside Ai’s relentless campaigning for free speech and human rights, have been instrumental in establishing him as an artist of international standing.” - Adrian Locke 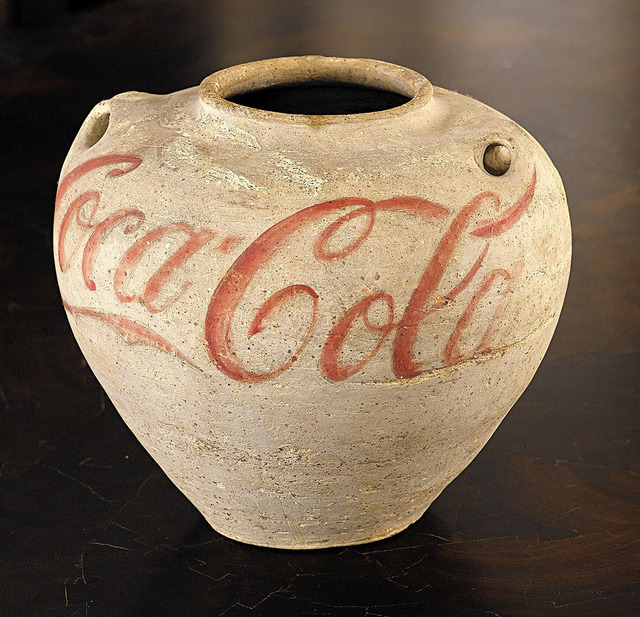 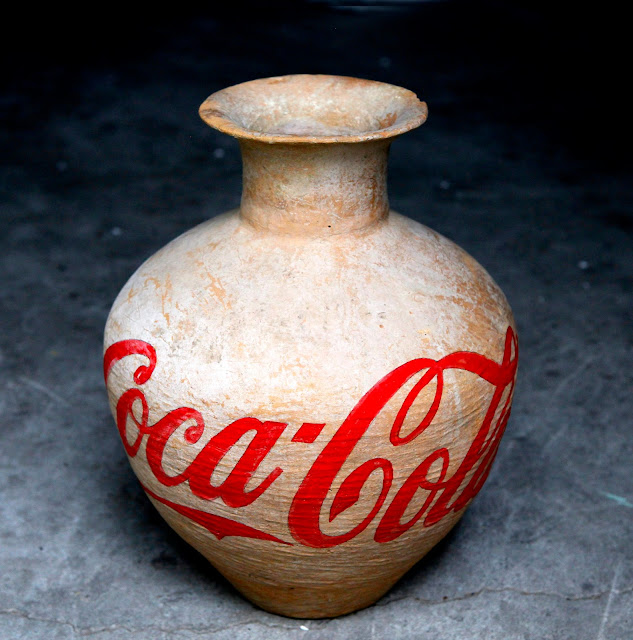 Here are some interesting images of his porcelain works- 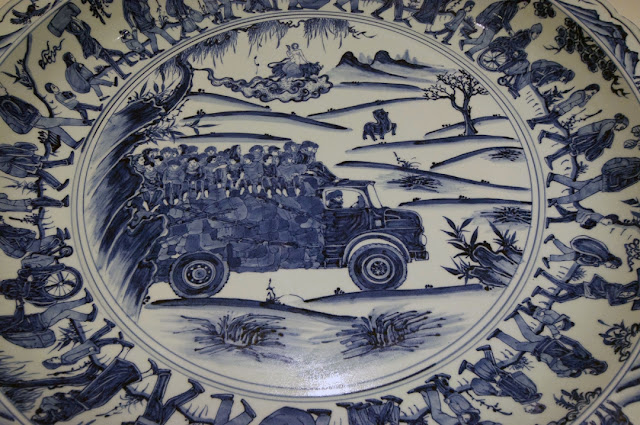 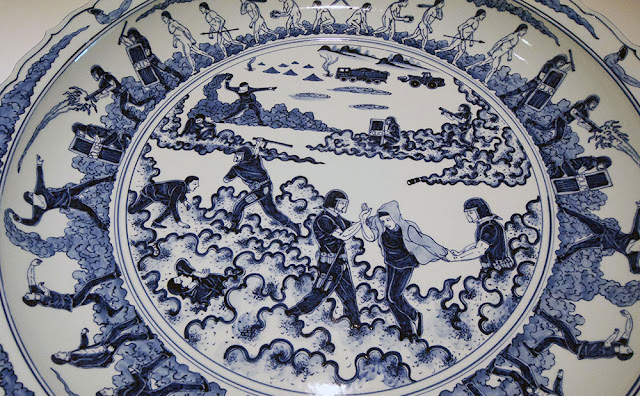 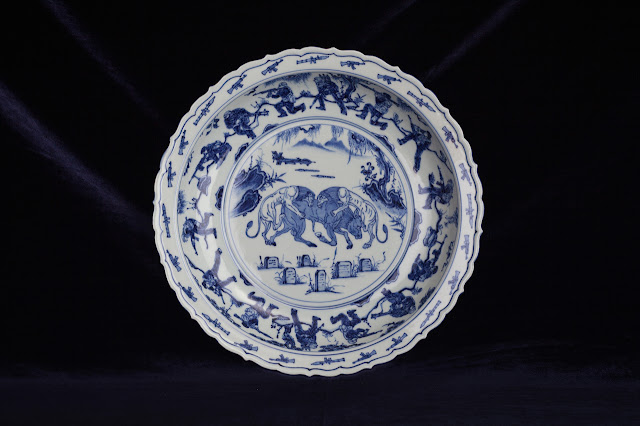 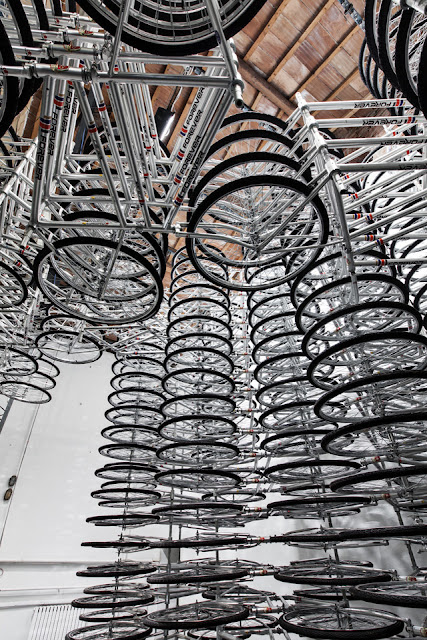 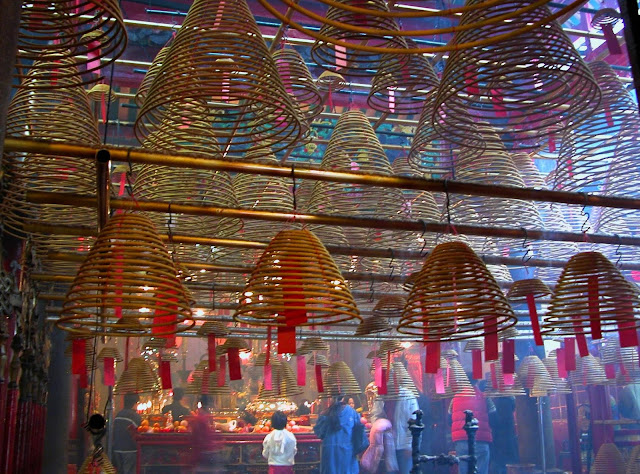 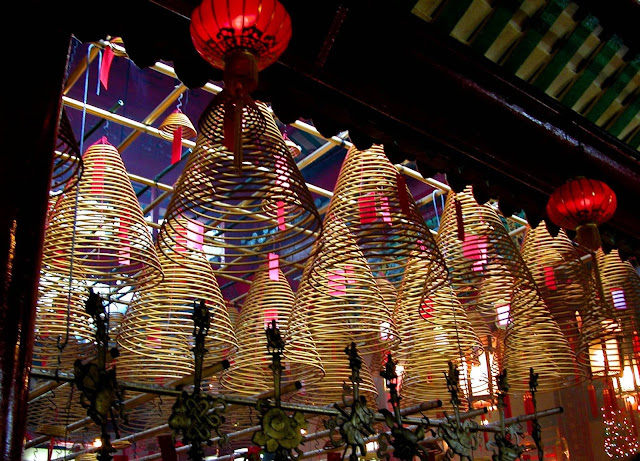 and of course we saw the anti-propaganda art form so easily recognized in the style of various "schools" of art - Soviet Propaganda posters - Andy Warhol stuff etc... a very interesting class-

Here the subjects are a standard trinity of military, farmer, and factory worker- and the weapon they yield is the pen.... 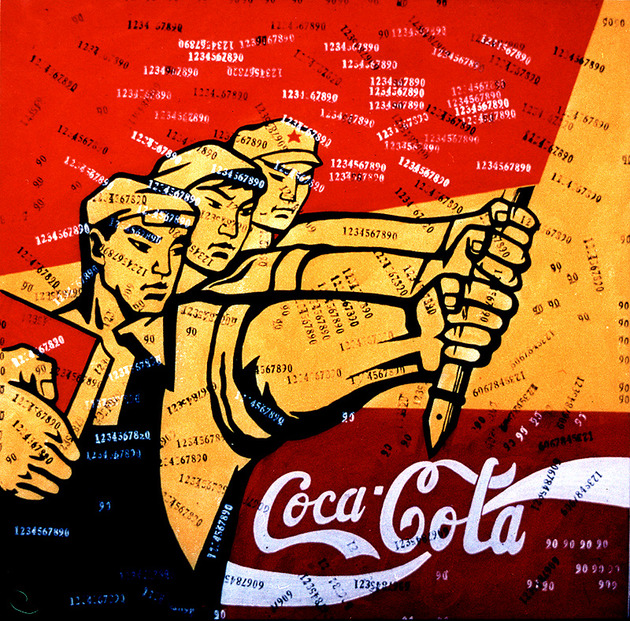 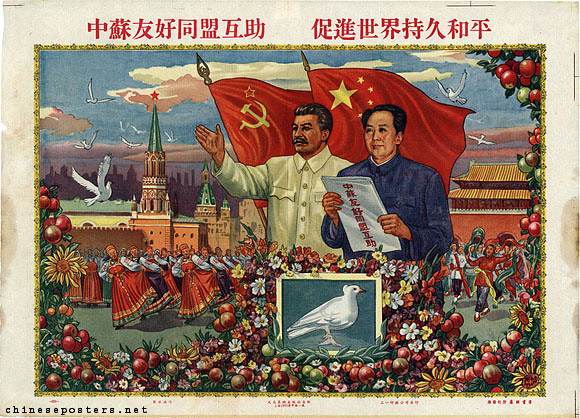 I am so happy to have been able to make it to this very enlightening class at Lifelong Learning Academy - despite having a really tight schedule for class days because it is inconveniently located in a temple on the south side of Sarasota - it was worth it to learn so much in such a few classes- just enough to whet our appetites!

After this I will try to get some of the intro work we have done in my Skyscrapers- from Chicago to Shanghai class at the Ringling College (this one is 15 weeks so we are just warming up LOL) #wedokeepbusy
Posted by TOR at 11:48 AM