So finally the wedding week arrived and we went off to NYC for all the festivities! Lots of fun- seriously - I can't remember enjoying a wedding more. It was beautiful and loving in every way.  A sneak peek at the bride and groom to give you a reason to read along LOL 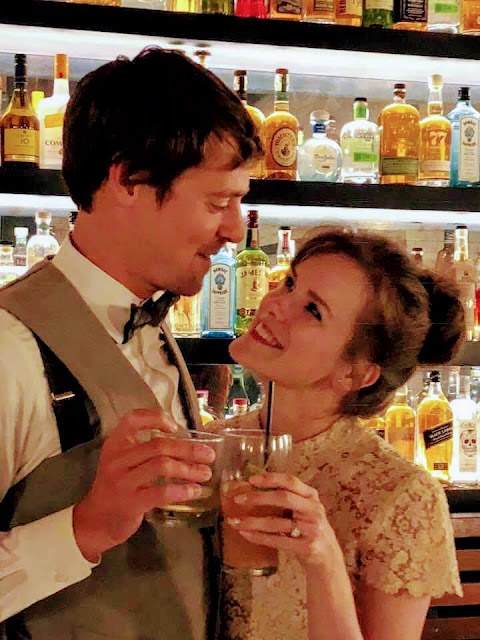 this is how our week went- our flight took off pretty much on time and we arrived to The Benjamin at 50th and Lexington before 6 PM and checked in- the wedding ceremony will be held at the Central Synagogue  on Friday morning at 11AM - it is just four short blocks north.  The rehearsal dinner (for out of town guests and wedding party members- despite no actual rehearsal) will be held on Thursday night nearby at The Smith.  Meanwhile many family members start to arrive- all the Friedmans are staying on the same block of 50th between Lex and 3rd... Steve & Suzanne and Jack are on the corner of 3rd and 50th and we are on the corner of Lex and 50th and Larry, Sue, Sandy and Lauren are in the middle of the block at The Kimberly (LOL- note everything is called THE in NYC apparently)

On our first night we are without family plans so we go to the nearby Sen Sakana... a sort of strange experience in a nearly deserted restaurant- where we were told they were closing at 10PM (in NYC?) food was good but overpriced for what it was which may explain why it didn't seem to be doing so well. 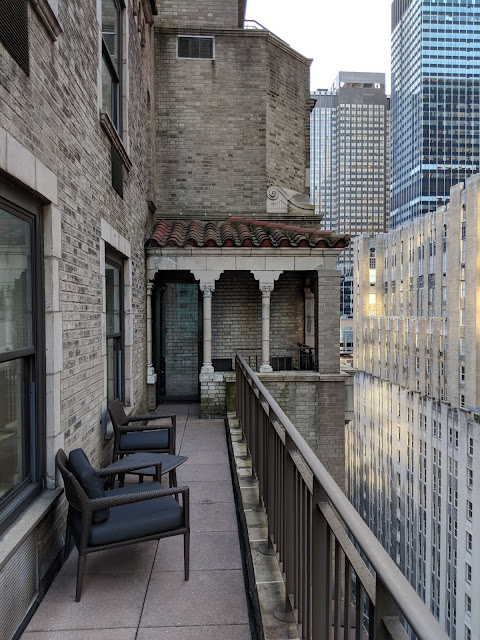 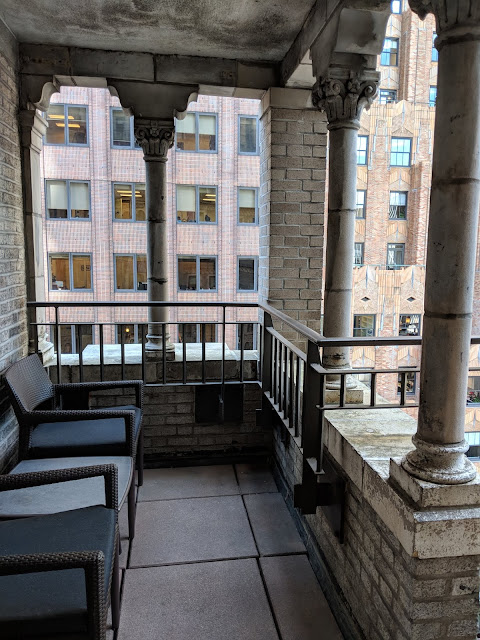 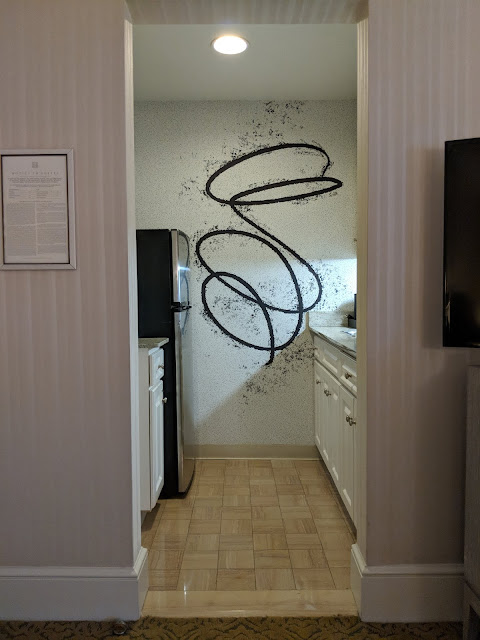 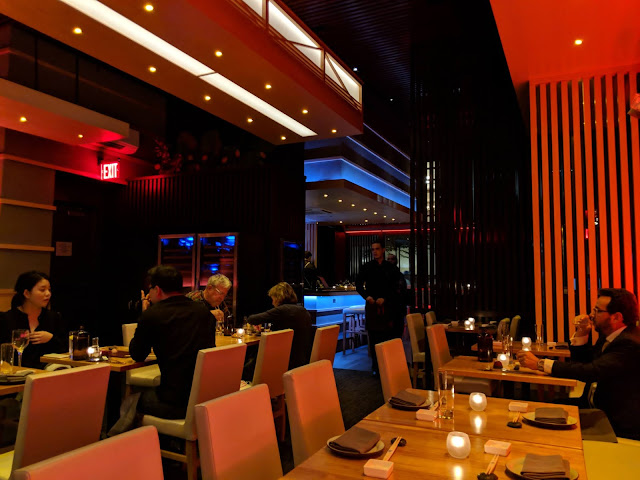 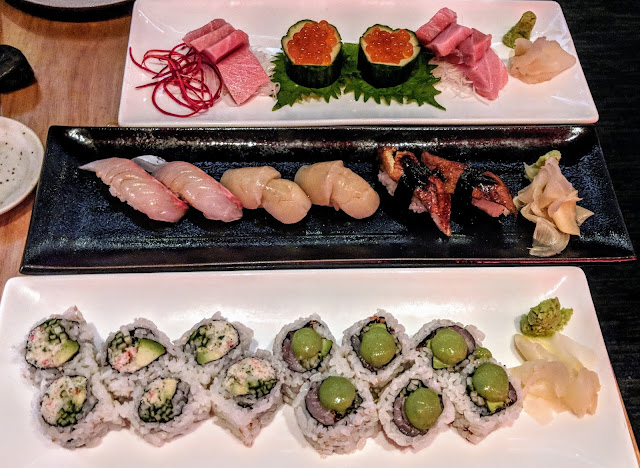 after returning home to the hotel we had this wonderful city view up Lex... 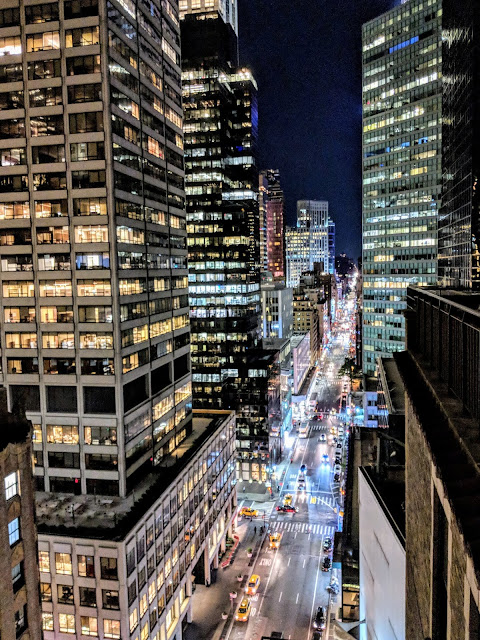 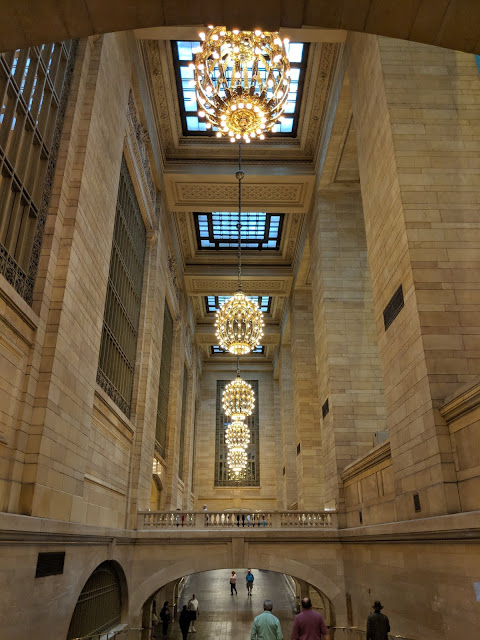 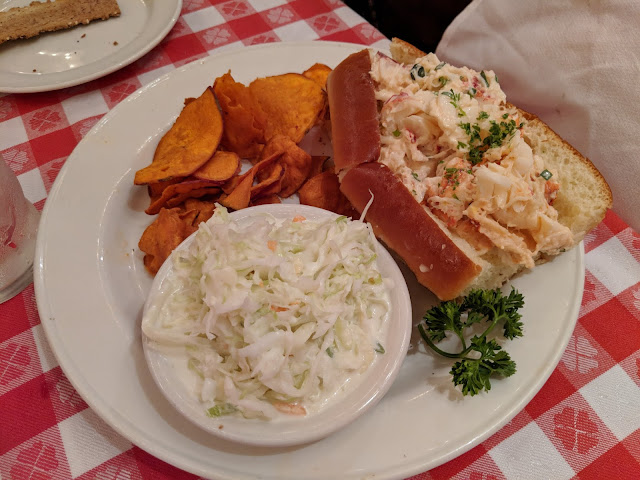 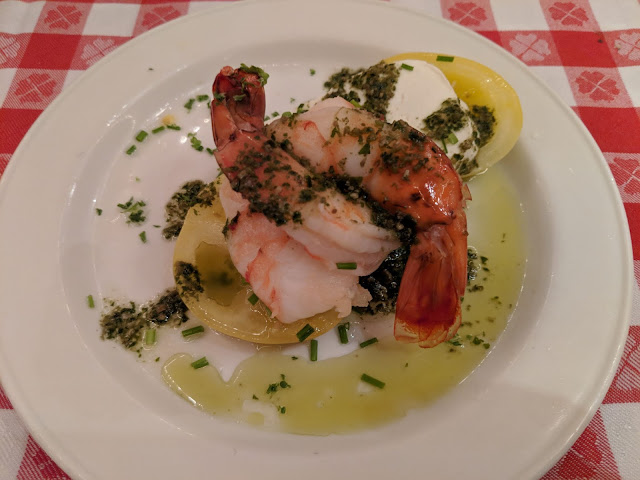 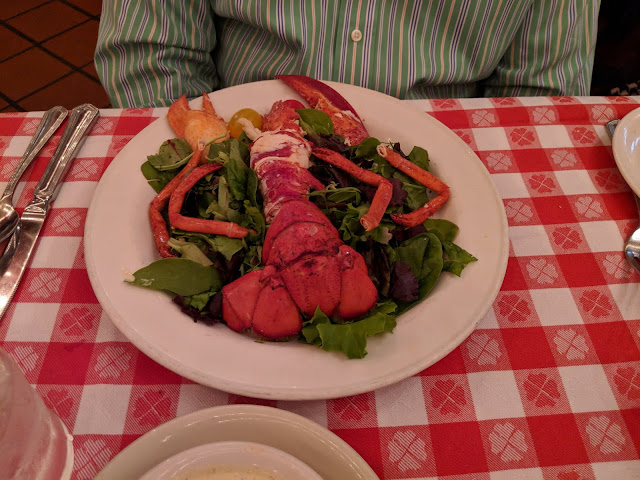 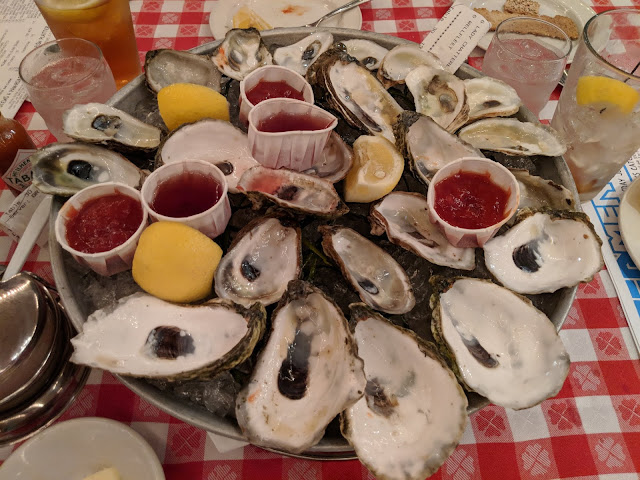 that night when Grandma Sue and Sandy and Lauren had arrived we had dinner at Shun Lee Palace- an old favorite from the days when we would be in NYC 6 or 8 times a year... and very close to all the 50th street locations for Friedmans... 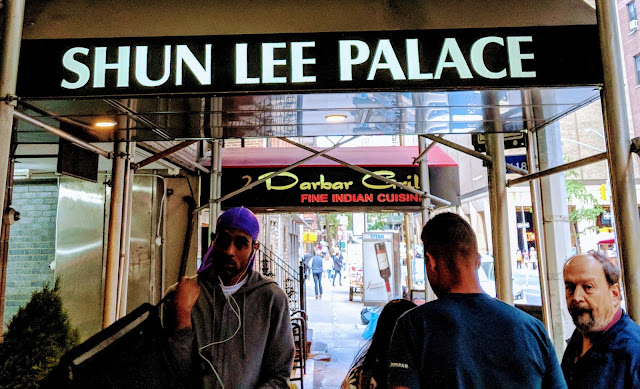 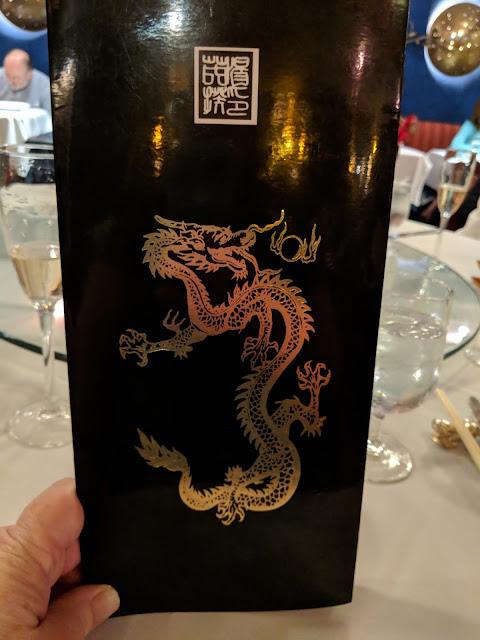 we did the Peking Duck and the soupy dumplings and BBQ ribs and potstickers before three sizable entrees which were shared.  We liked the crispy dried beef with chilies the best but all were very good. 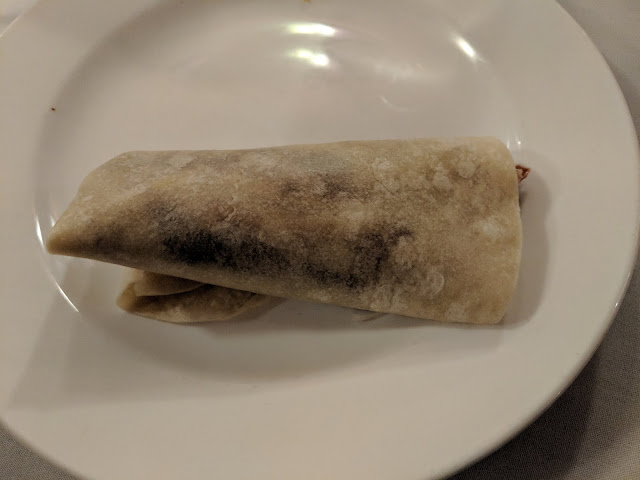 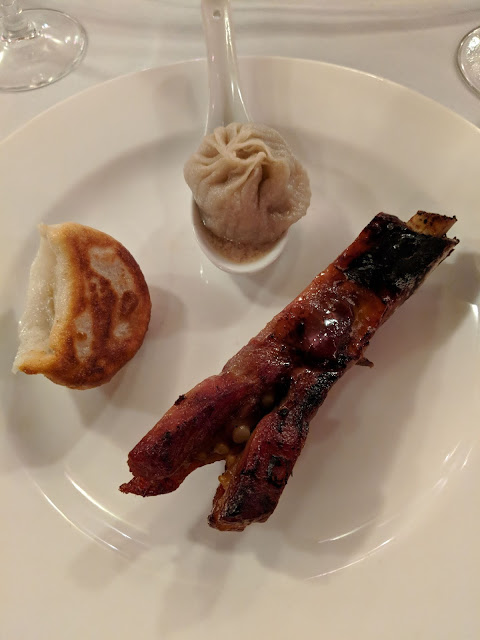 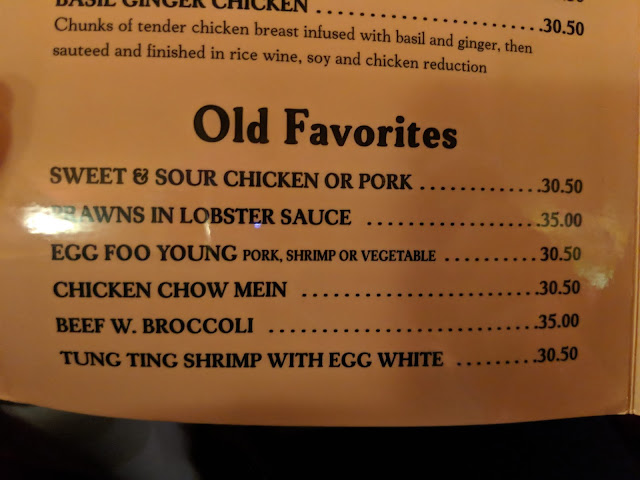 The next day -  Lee and Angela arrived from London and North Carolina respectively and texted this photo from the cab into NYC while the current group of Friedmans had lunch at Sarge's for the old time deli food.... 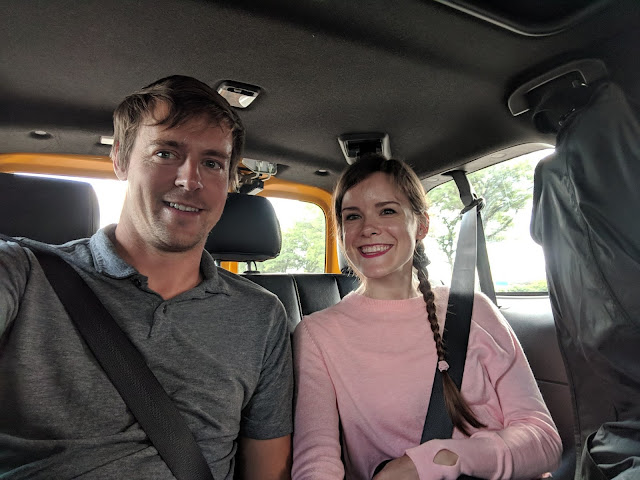 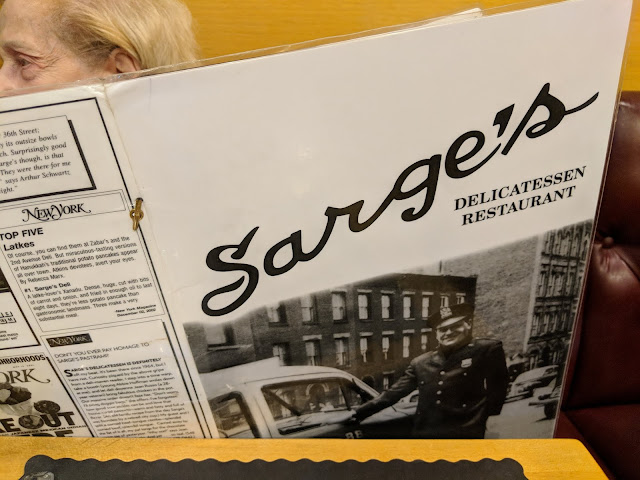 Jack had arrived from St Louis and so we ordered him a sandwich from Sarge's to go- and checked in with Steve & Suzanne who were close to arriving from Portland OR.... and we would all gather at the "rehearsal" dinner

and so we get to the first photo of this post!

Brother Brent and Sister Libby and the groom Lee - the Stimmel siblings the night before the wedding! 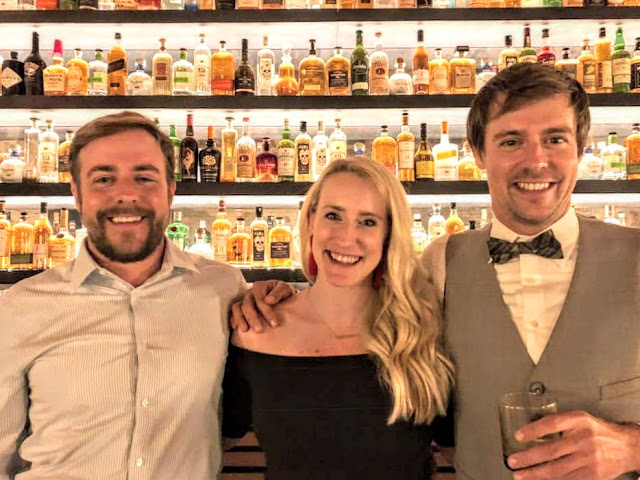 Lee and Angela - leaving the Lotte Palace before the rehearsal dinner -

the extra scrumptious menu for the dinner! 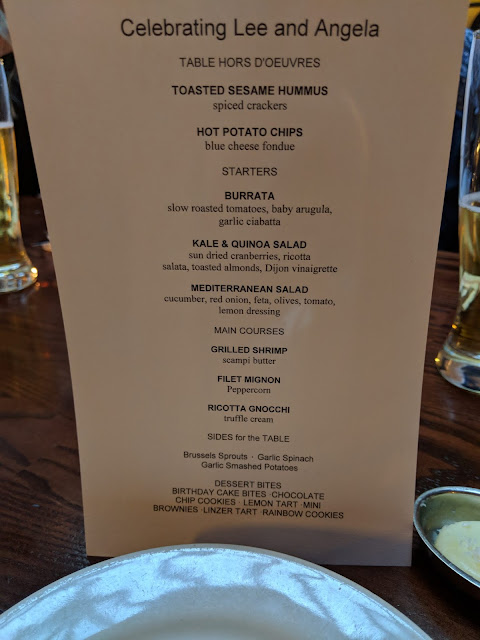 all the food was fabulous and the company was just as good! so we will start off  part 2 with photos from that dinner and go on to the wedding- come on back for more!
Posted by TOR at 4:50 PM