we don't have them - thank god! but we do have tickets for the season for Remy Bumppo and their latest production is of Strindberg's "Creditors" which we saw Thursday night. 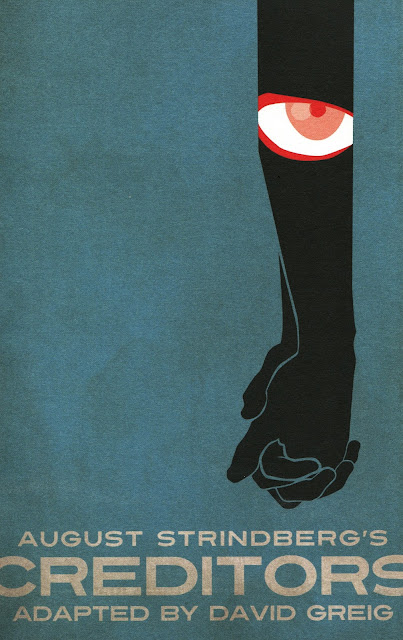 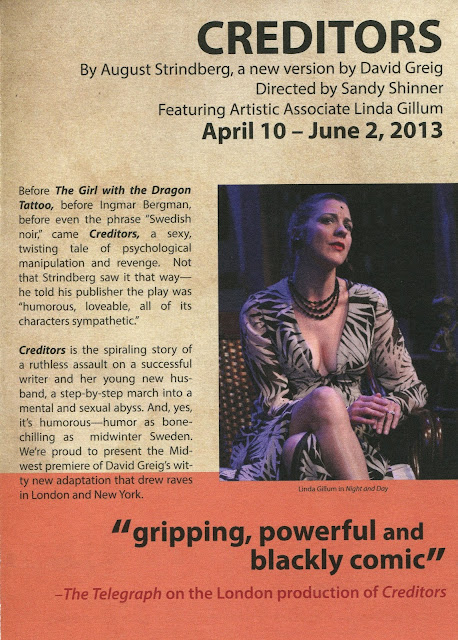 Strindberg does comedy with a vengeance.

Before The Girl with the Dragon Tattoo, before Ingmar Bergman, before even the phrase "Swedish noir," came Creditors, a sexy, twisting tale of psychological manipulation and revenge. Not that Strindberg saw it that way – he told his publisher the play was "humorous, lovable, all of its characters sympathetic."

A mysterious doctor advises a young sculptor that his marriage to an older woman is destroying not only his art but his masculinity. Determined to disprove these doubts, the young husband confronts his wife about her flirtatious behavior and starts an avalanche of acerbic wit and sexual power plays, headed to a shocking final revelation.

Creditors is the spiraling story of a ruthless psychological assault, a step-by-step march into a mental and sexual abyss. Strindberg may have seen the play as comedy, but it is humor as dark as midwinter Sweden. We’re proud to present the Midwest premiere of David Grieg’s witty new adaptation that drew raves in London and New York.

the reviews were all positive- including several "highly recommended" so we had expectations for the evening that were....

severely disappointed! - NOT FUNNY - despicable characters - the husband was pathetic the wife was obnoxious and the ex husband a psychopath... but hey maybe some people might find that funny. The performances were excellent - the play SUCKED....

upon arrival we were told the play would be performed without an intermission by ten minutes into it we knew why- so there would actually be someone in the theater to see the second act- dreadful! Perhaps the worst play we have seen there (I missed the "sex with the goat" one)

However the set was lovely: 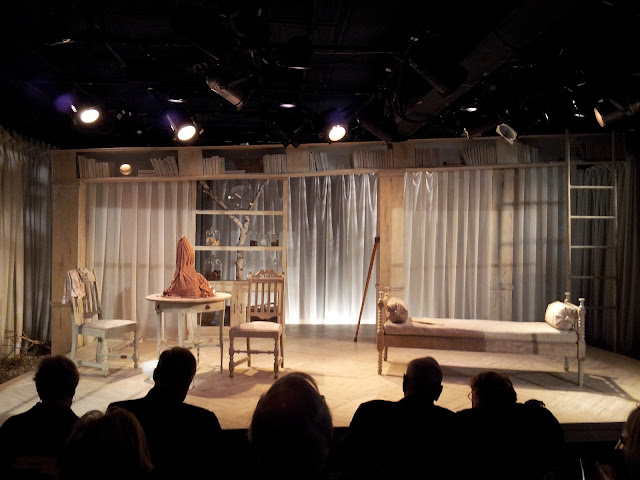 look for me around May 1st- we are off to NYC and Paris for ten days-- but I promise good photos to return to....
Posted by TOR at 9:30 AM