no- Louis Prima never showed up but the folks who did seemed to have a really fun time.

we went through various china for serving and various flatware - course by course.

we went through the wine pairings and various glasses for each course...

they started cooking! eight chefs or chefs in training in my very own small kitchen and they seemed to be right at home- if they needed something they looked into cabinets and drawers to find it or something that would substitute...

Neil had sent his wines here ahead of time but showed up with yet another fabulous bottle upon arrival- more about that later.

our appetizers were fabulous arancini  and some amazing little (beautifully executed) spoon based pea and parmesan crisp thingie - as well as the ginger and carrot foam shooters.

these were passed appetizers and we ate and drank until the last guests had arrived and had their starters - sitting down shortly thereafter... 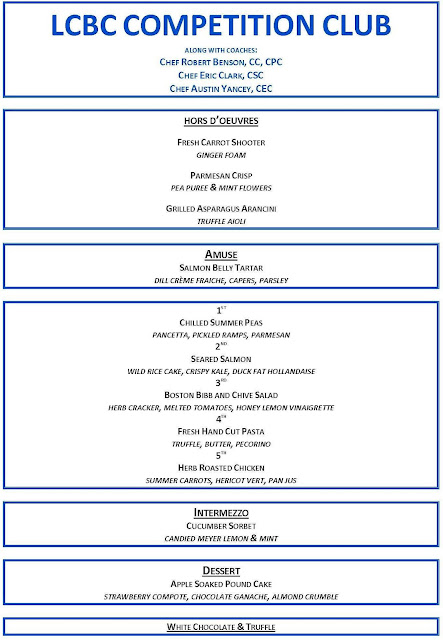 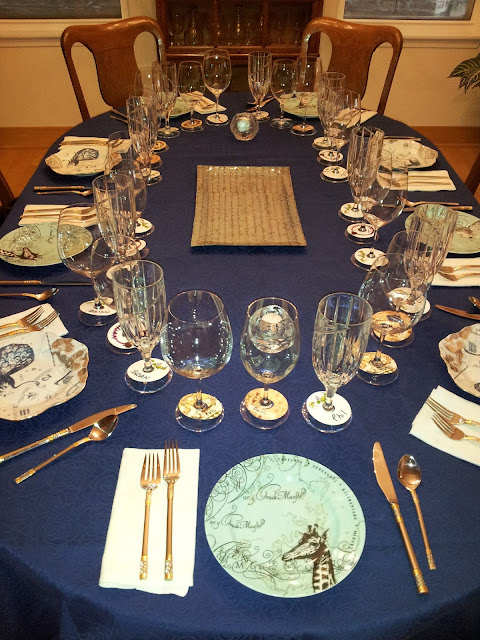 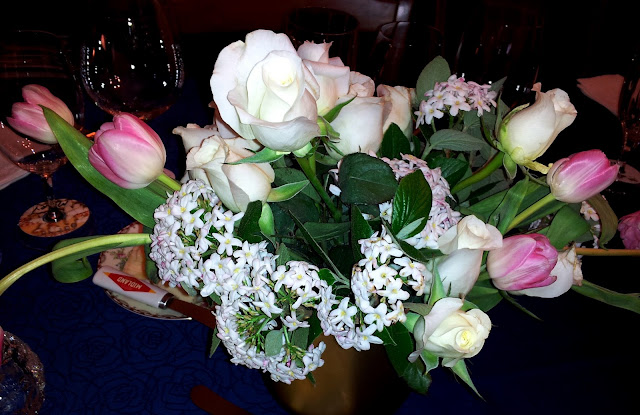 Le Cordon Bleu in my (limited size) kitchen! It hasn't seen this level of cooking ever! 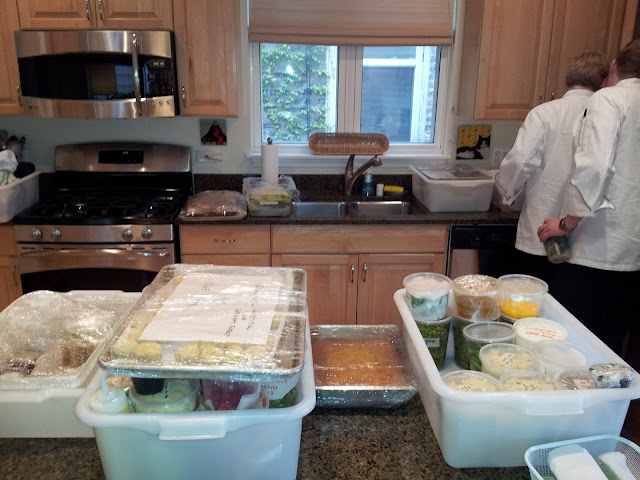 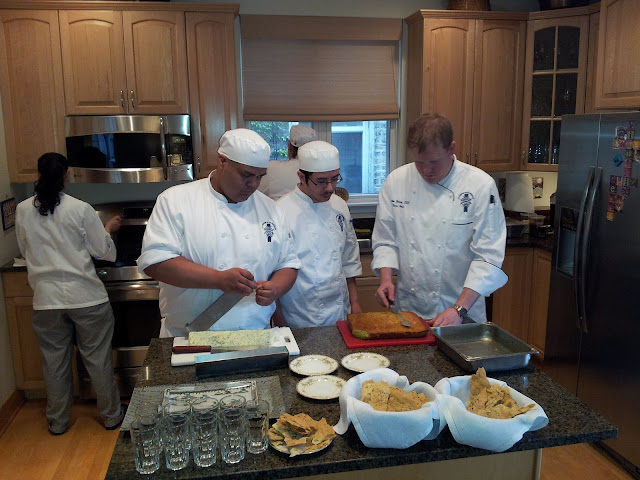 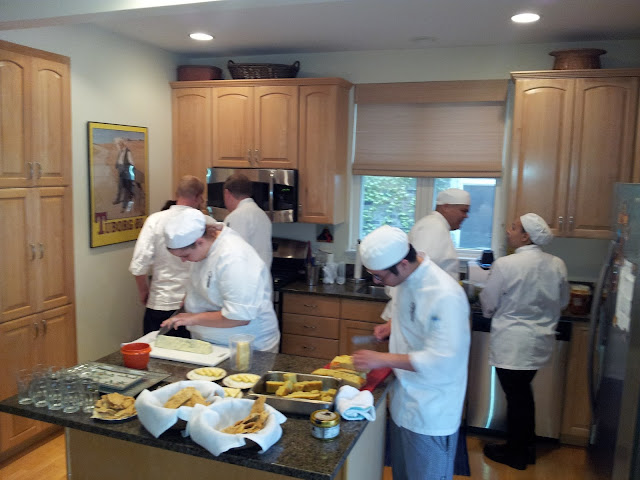 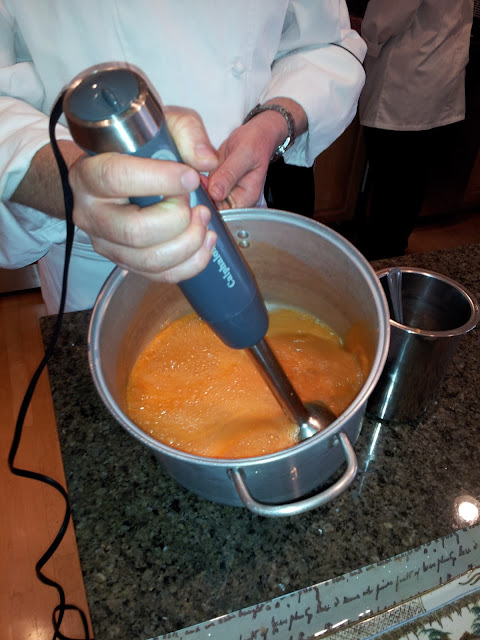 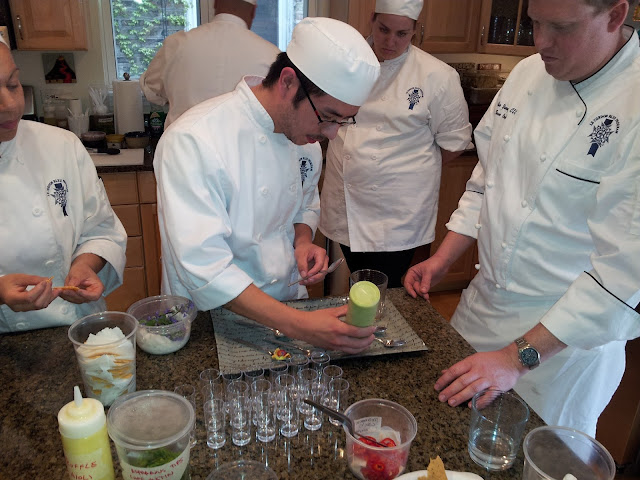 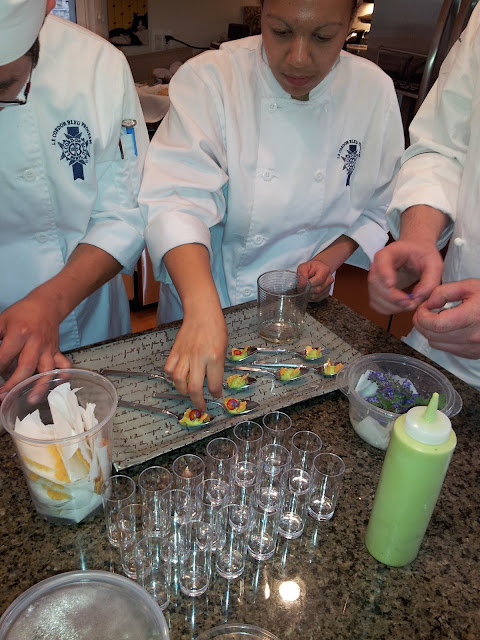 below- the pea puree with the parmesan crisp and mint flowers and a teeny bit of bite with the pepper - super! 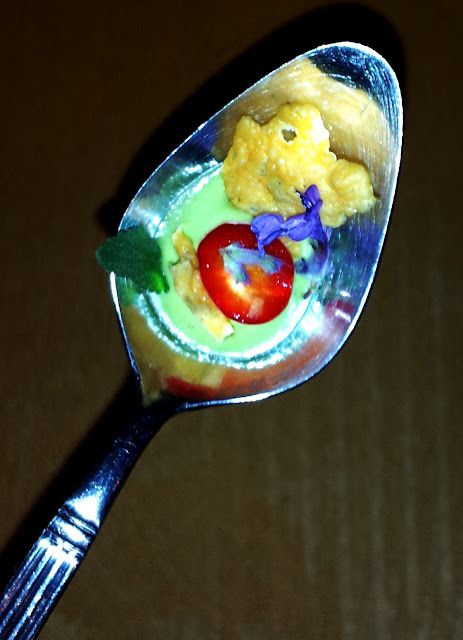 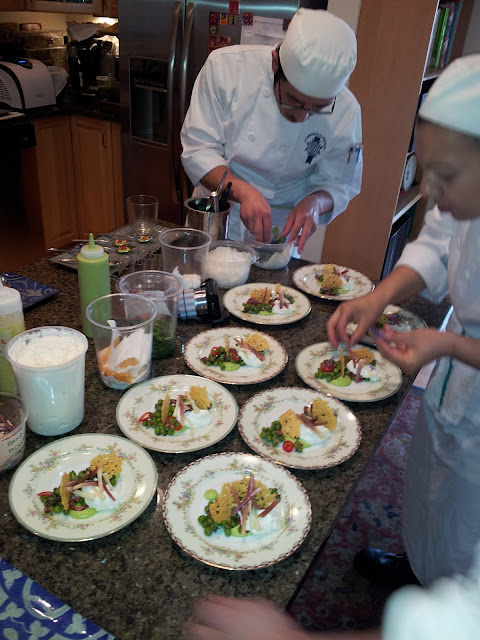 so to start off the meal the amuse of salmon belly tartare with dill crème fraiche and capers and some of their homemade crackers! 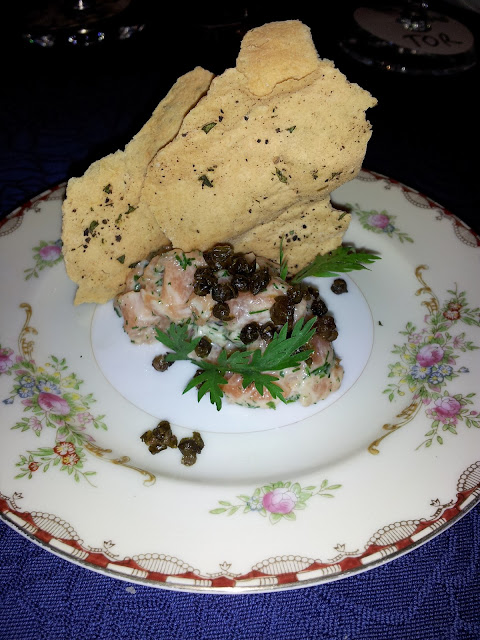 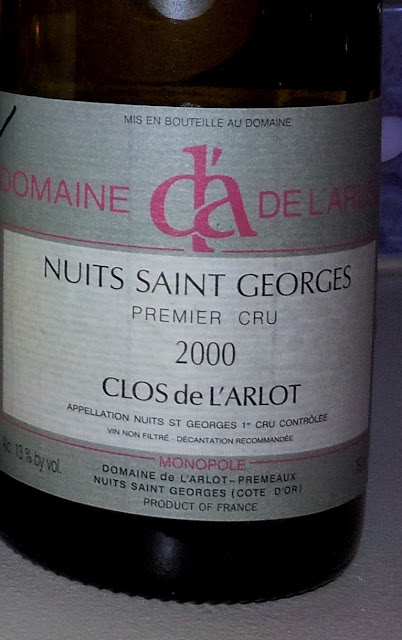 then the next course: followed with a veggies course of chilled summer peas , pancetta, pickled ramps and the parmesan tuille which we paired with the exquisite 2002 Corton Charlemange from Delarche
(sorry no photo- LOL- bottle "went missing" LOL) 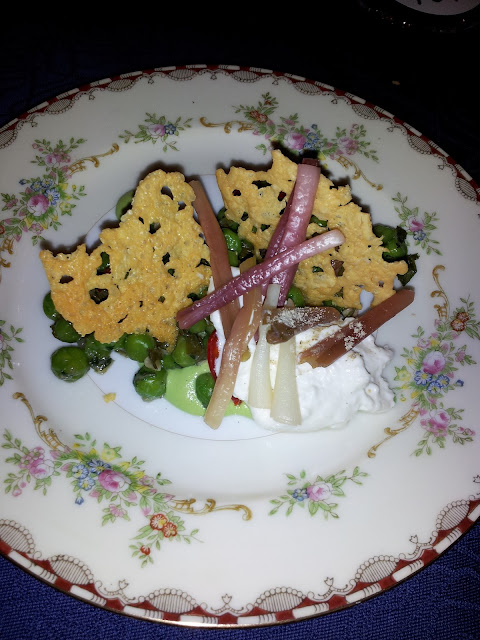 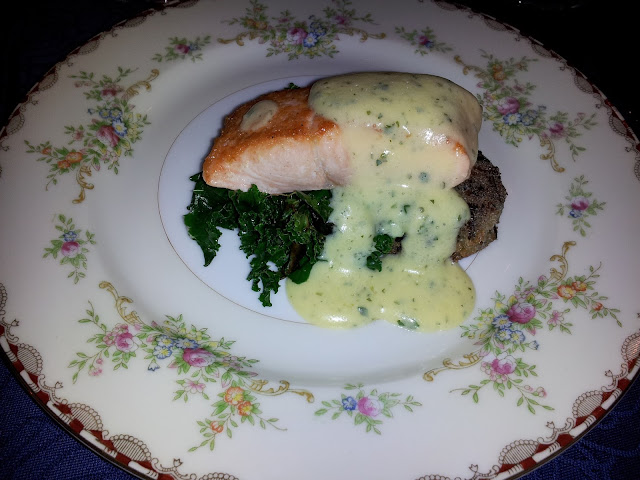 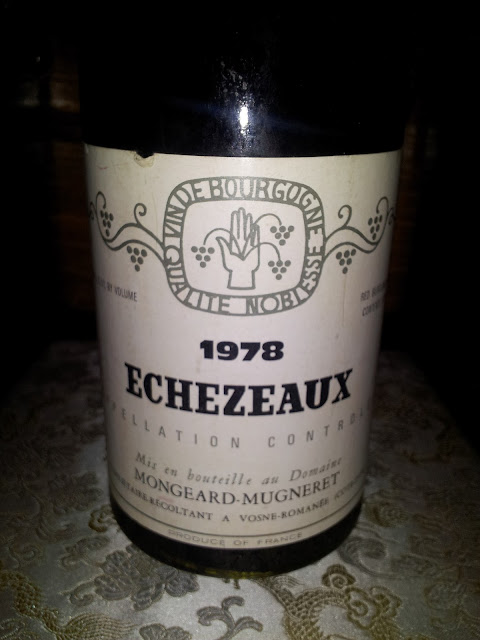 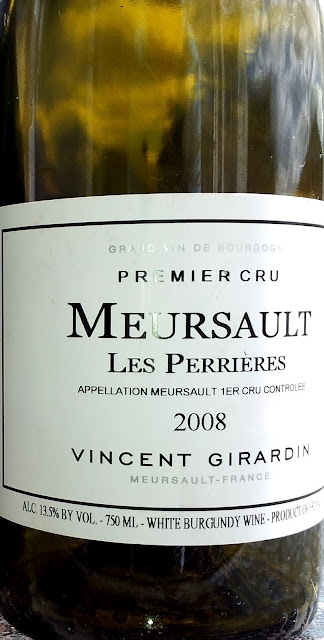 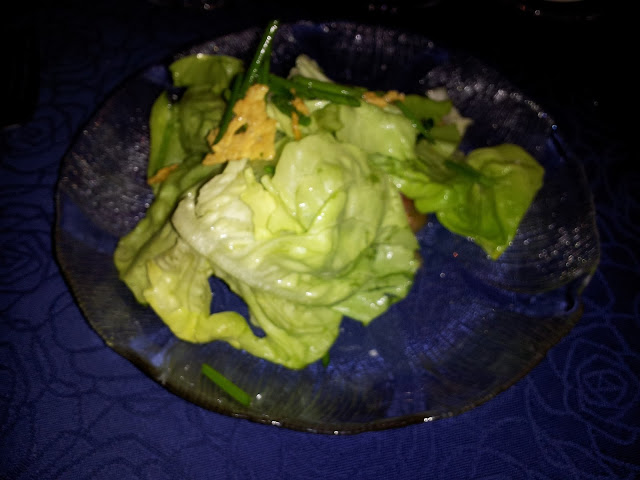 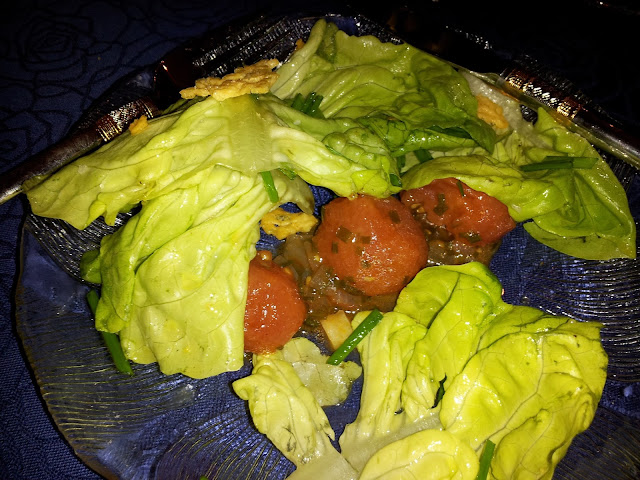 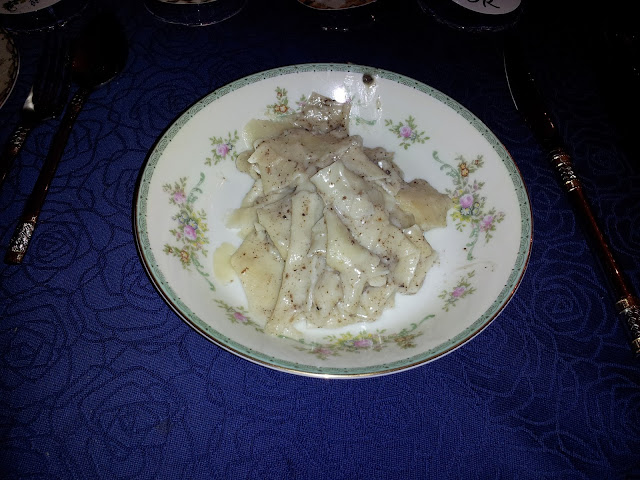 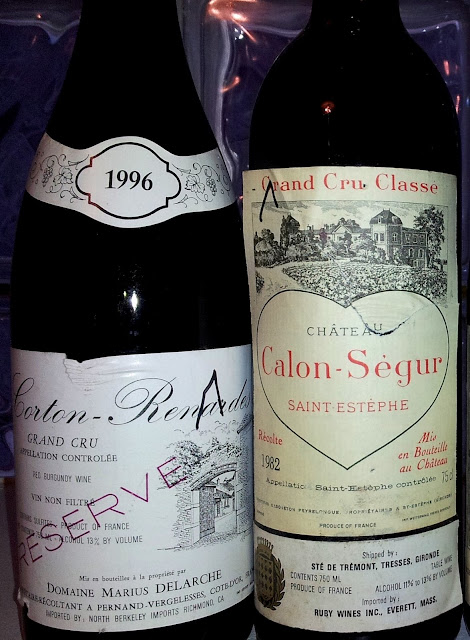 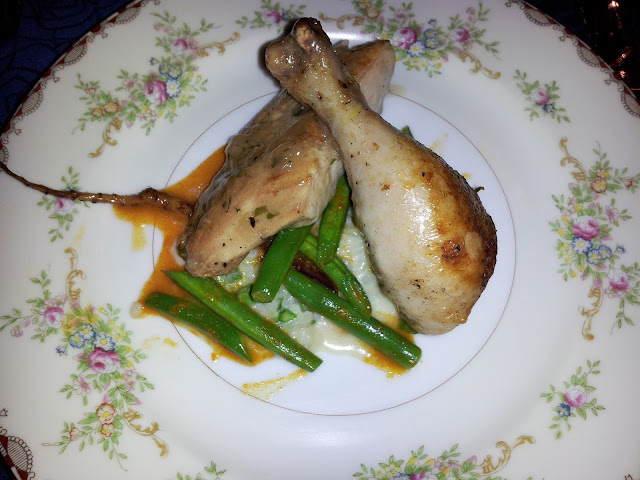 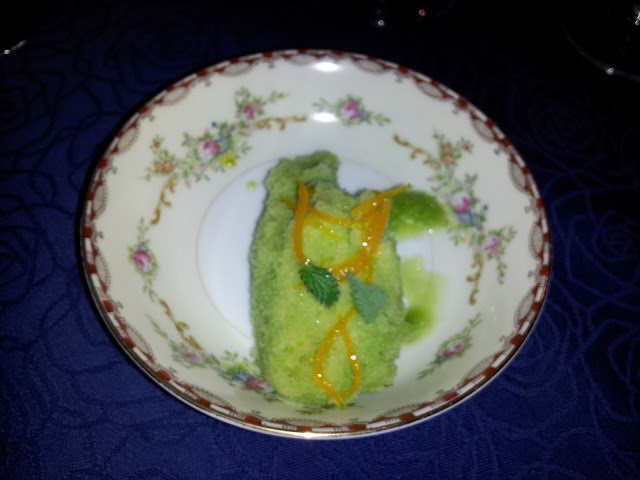 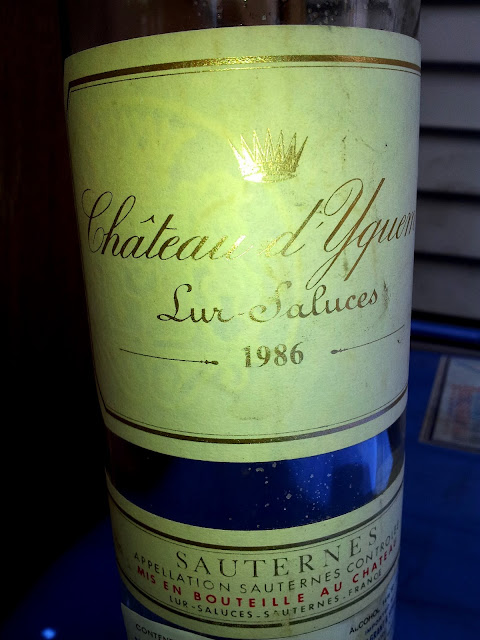 which followed into the dessert course of green apple soaked pound cake with a chocolate ganache and almond crumble - which was also accompanied by Neil's surprise wine ! A 1989 late harvest gewürztraminer which was really incredible. 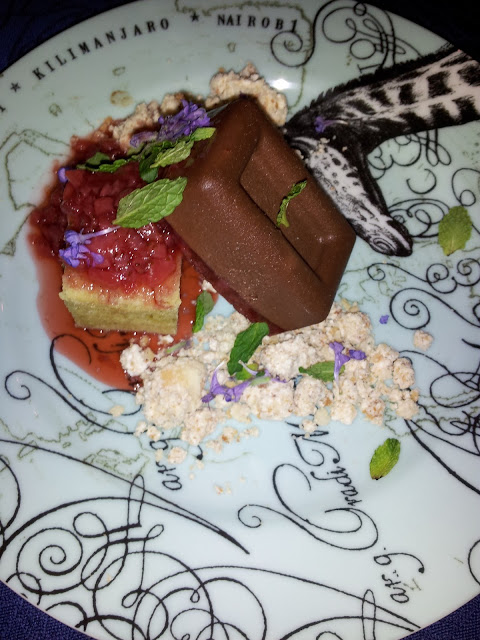 and the 1977 Taylor Fladgate PORT- 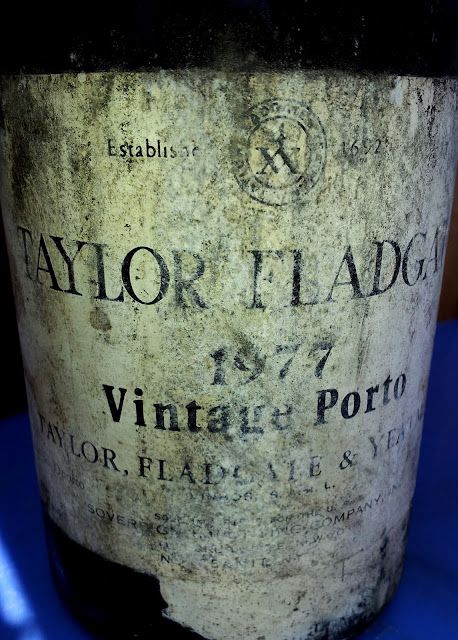 and a final mini course for all of us groaning from so much good food- a white chocolate and truffle shooter - fabulous ending to an all around amazing meal!

now- on to packing- for our next adventure! a trip to Peru and Ecuador! will be "radio silent" as my buddy Jen calls it - so it may be a while before we resurface with photos of the journey but keep checking- by early June I should be in full blogging mode!
Posted by TOR at 3:36 PM