after an amazing delay in take off from Chicago (first day of government shut down- 50+ planes in line to be released- waits up to two hours or more) we arrived in SFO for our connection late and sat on the runway there for another 1/2 hour to get a gate. Not exactly an auspicious start- however the gate was the first at the concourse and the international one was also the first at that concourse so a walk at a good clip had us arriving just as they had begun boarding.

we had flown via SFO because that was all that was available for the business class upgrade and because they fly 747s (my favorite plane) from there to HKG,  We were upstairs (nice and quiet) and had a lovely crew and an uneventful flight.  We arrived around 7 PM, went through passport control in less than ten minutes, picked up our bags and headed to the train to Central in HKG.  There was a moderate delay waiting for a cab but then the ride was short and cheap to the hotel where we checked in with no issues. 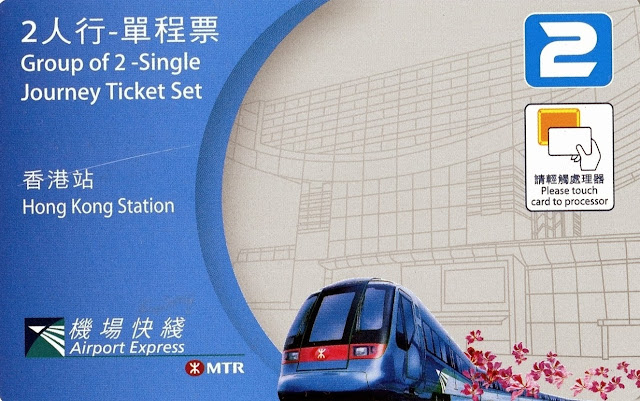 while at the front desk we made a dinner reservation for the fish place on property (kind of a ritual at this point as we always eat there the first night and then crash)  the place is outdoors and casual - by the pool and has an open charcoal grill for the fish and seafood and is a perfect way to kick off our fourth or fifth HKG visit since 2002.

the view from our room (of the pool at the Conrad next door and other buildings in the Admiralty/Central border where we are staying.) 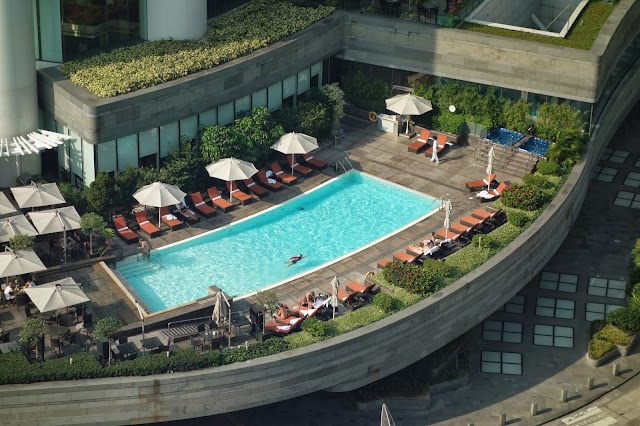 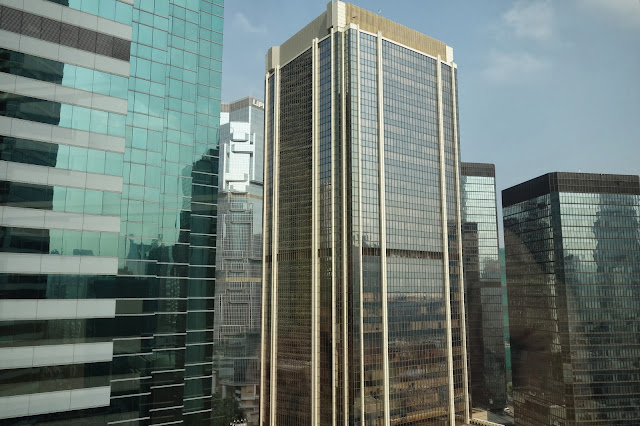 the next morning we went to the club room for a lovely breakfast - full buffet but smaller table area for the club floor rooms - incredible view over HKG harbor and the environs of Admiralty. then we were off for a walk to the escalators to the mid levels... HKG is connected by a series of walkways and escalators - keeping the pedestrians out of the spaghetti maze that are the roads for car traffic (many of which have NO sidewalk whatsoever) 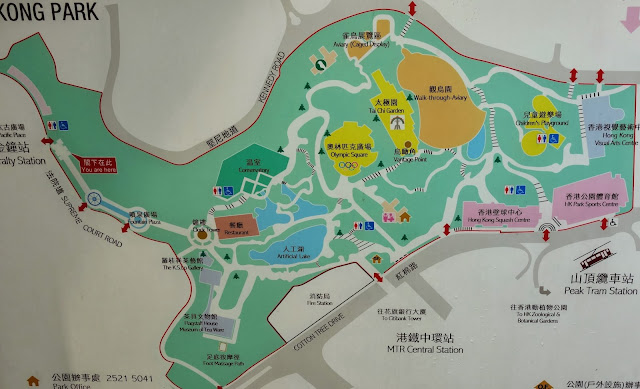 from the key to the map above- LOL 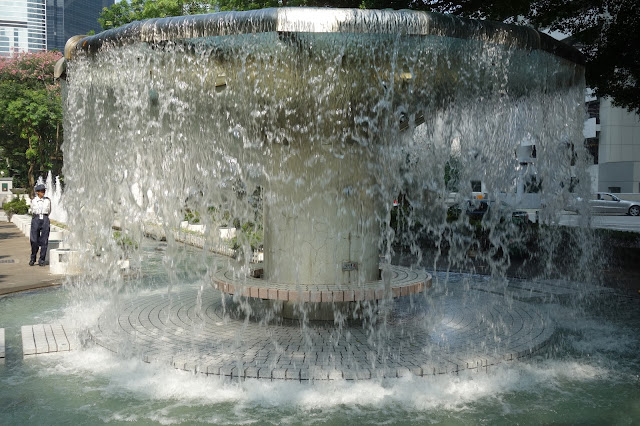 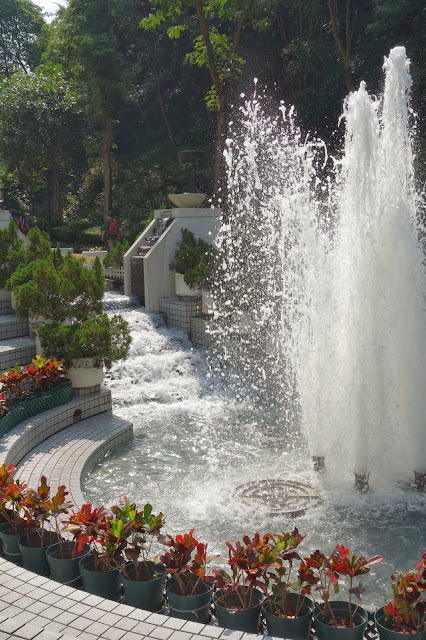 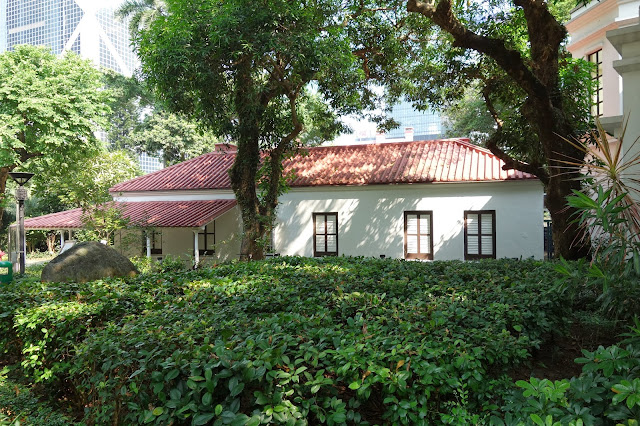 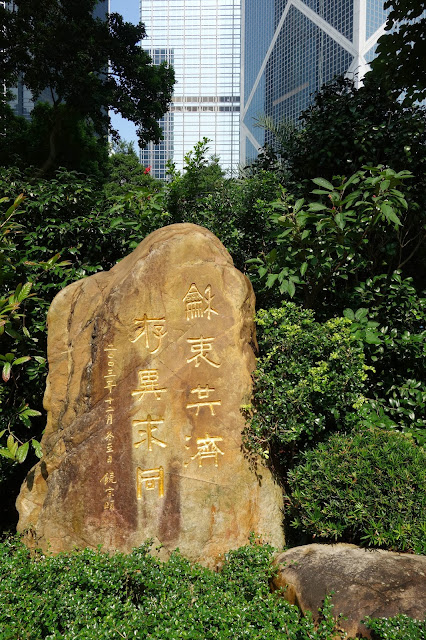 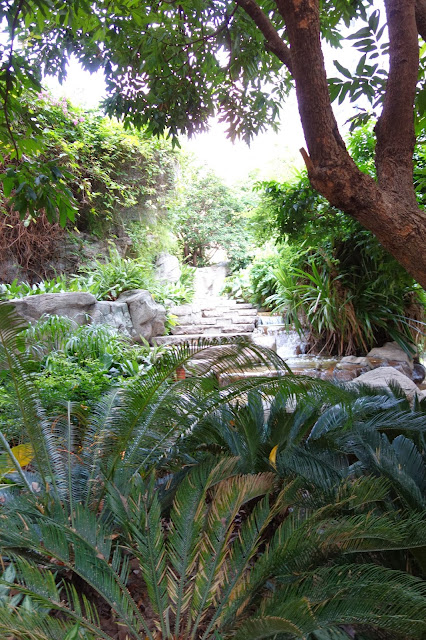 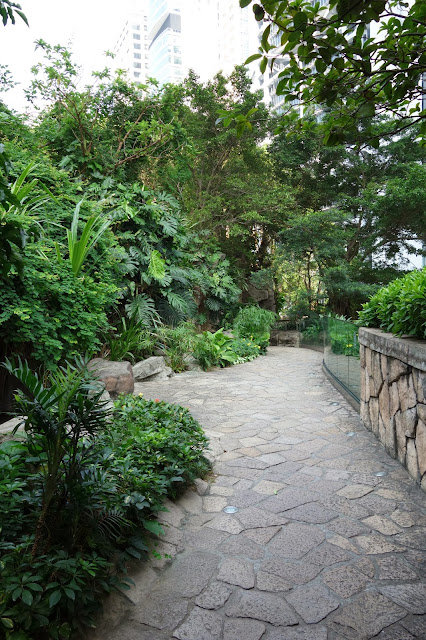 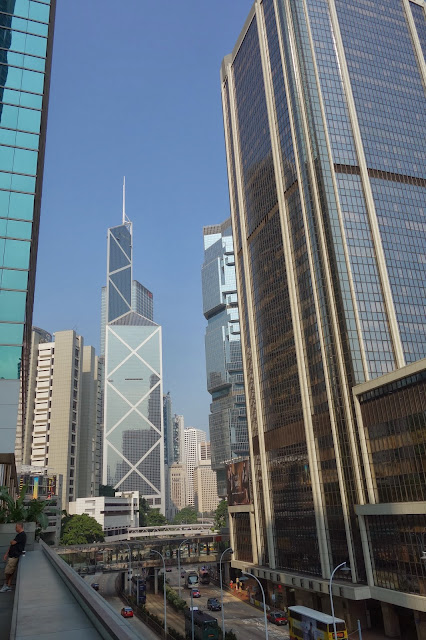 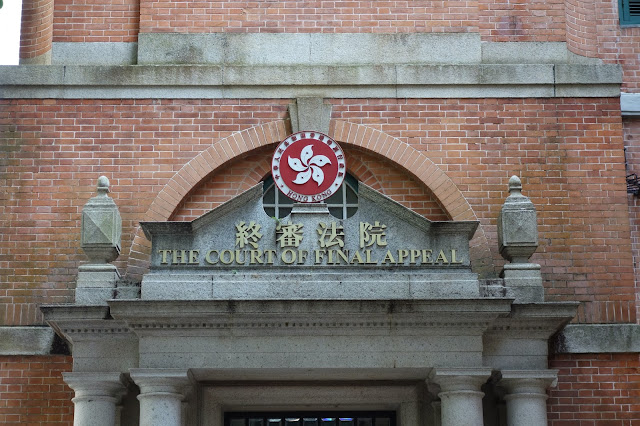 this stained glass struck me- the temple of the internet or can you just attend your regular service via cyber space? 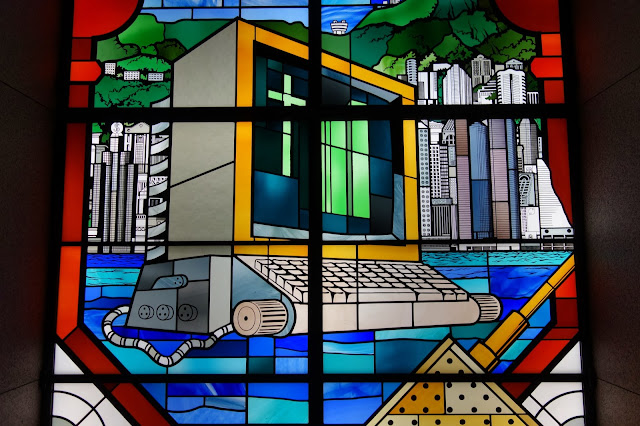 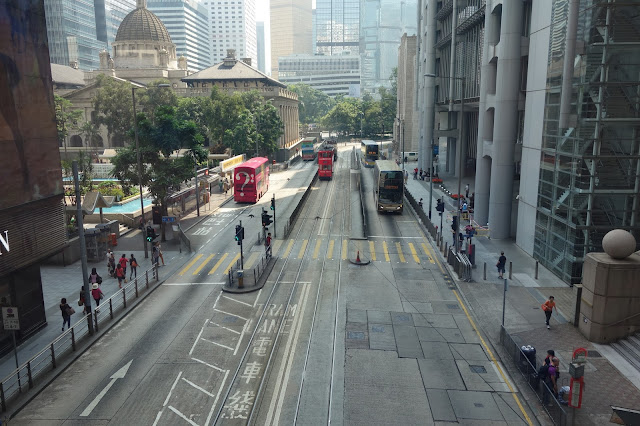 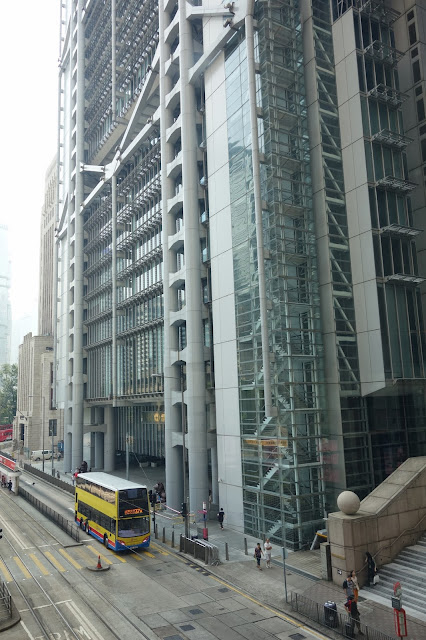 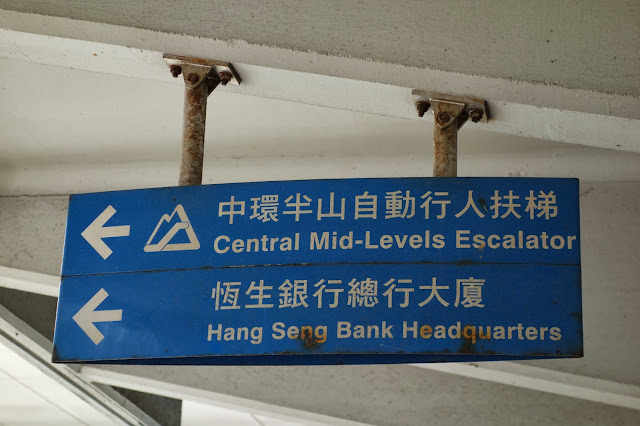 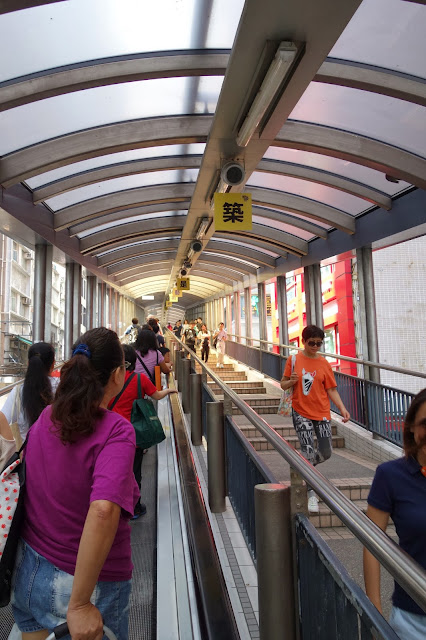 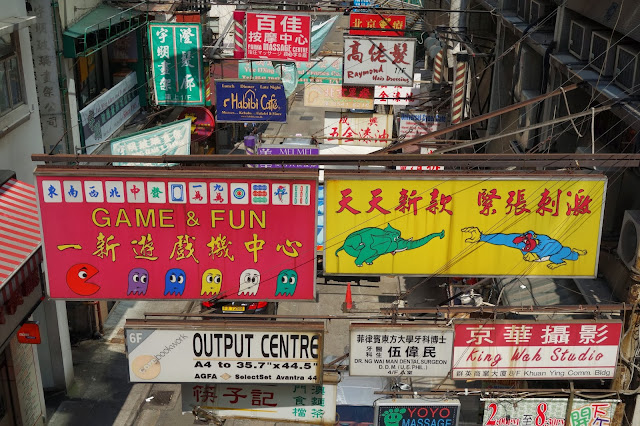 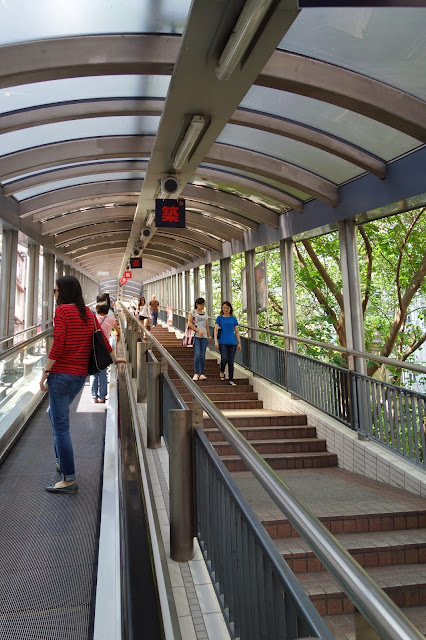 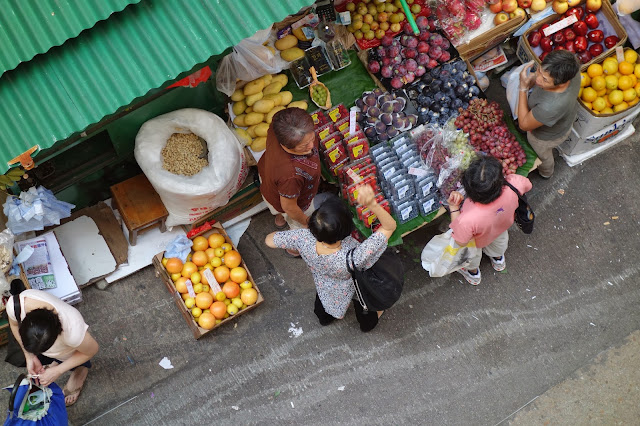 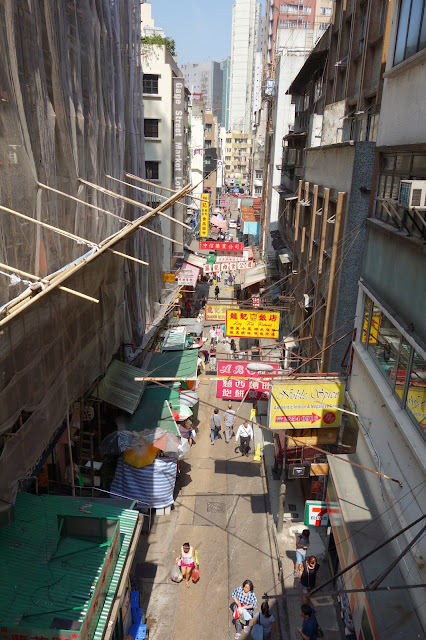 we took a brief rest at the Peak Café on the way and had a drink- then when we got to the very top level we walked along the road and headed for the Hong Kong Zoo. 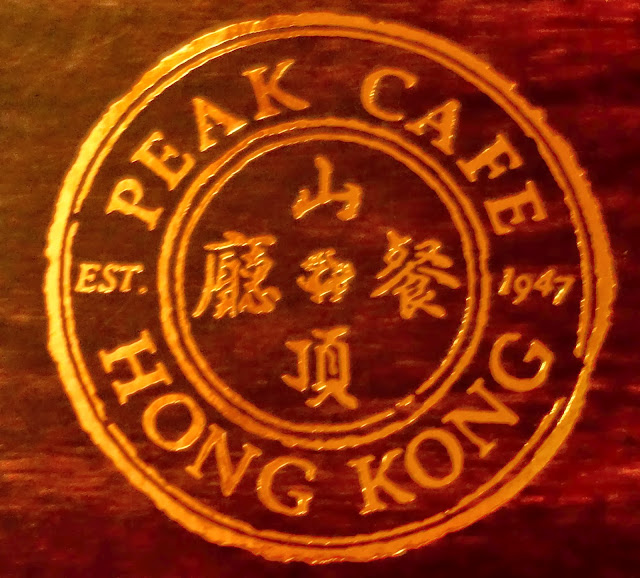 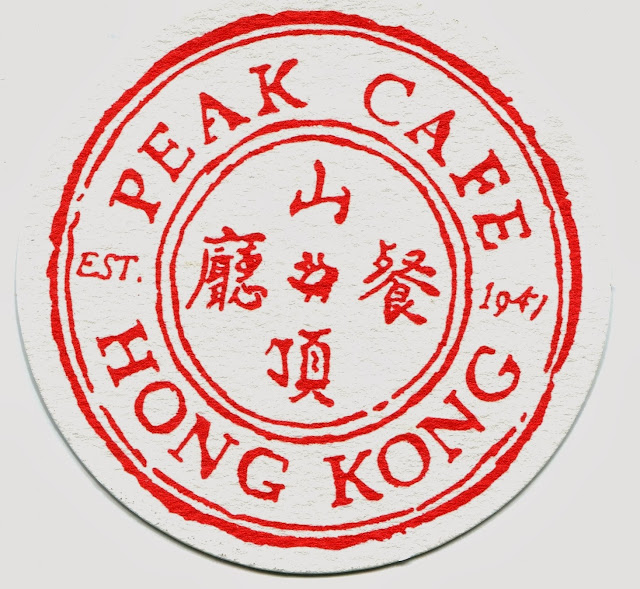 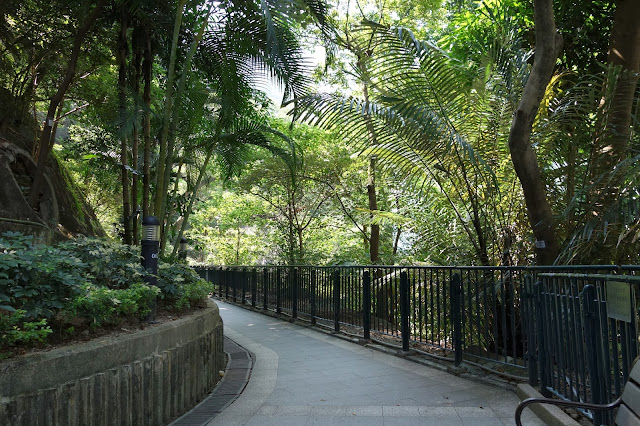 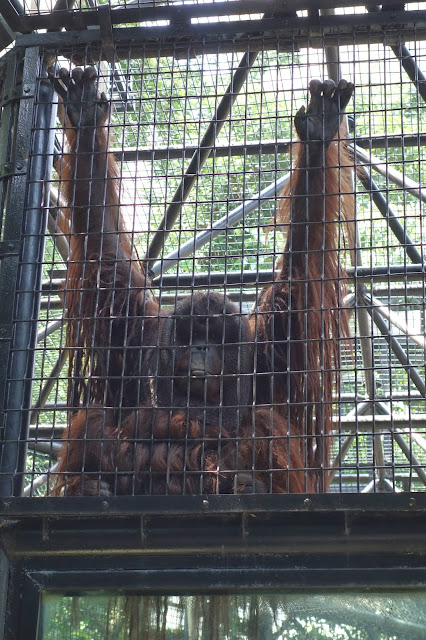 we thought we would walk through and on the way back toward the hotel take the peak tram up to the Peak and round out our day with views of the Harbor from above.. the morning had been hazy so we thought maybe waiting for some of it to burn off would give us better views - LOL- so did ten thousand other tourists.  So after our walk through the zoo we headed back to the hotel for a light lunch by the pool and a nap before dinner.  we had booked at the top rated (per Zagat) Chinese place in HKG, called One Harbor Road. 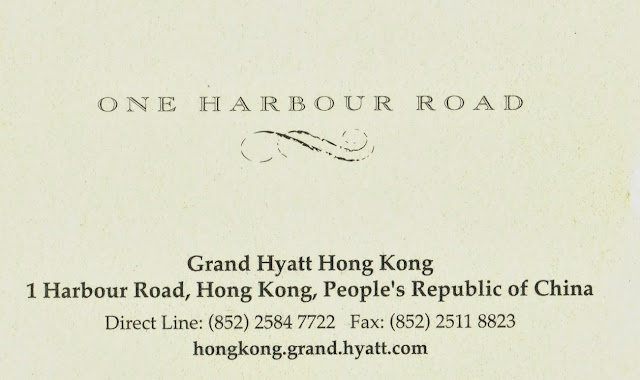 Tomorrow - the plan is the Star Ferry and lunch in Kowloon...
Posted by TOR at 2:40 PM