so we started off the trip by meeting at the Tampa airport - while we were at the gate we got a long involved email about options in case the airlines didn't meet their schedules - LOL... they had over a foot of snow in NYC the day before but as many of you may know JFK (our transit and connecting point) is well situated vis a vis weather being right on the water and being on the eastern shore of  Long Island... anyway I wasn't worried because the radar showed we would have a window from 7 AM that morning until very late that night so while we might be delayed it didn't appear that our flights would be canceled.

Both GA and I had called Royal Air Maroc that morning to confirm the flight was coming and going as scheduled at JFK... we were flying Jet Blue to JFK and I could already see the flight was in the air on the way to TPA... so off we go... we get to JFK and change terminals  and check in for our Casablanca (CMN) flight where we bargain for an upgrade... which they had to get manager approval for accepting but since there were open business seats on the overnight flight we were in luck- they took the offer... I said to GA "oh no! we should have offered less!" LOL

on the plane we had choices of movie etc... the flight took off around 6 PM (only slightly delayed) and it is a 6 hour and 10 minute flight - so technically we would be landing in CMN right around my bedtime- LOL... so it is no wonder I didn't sleep. 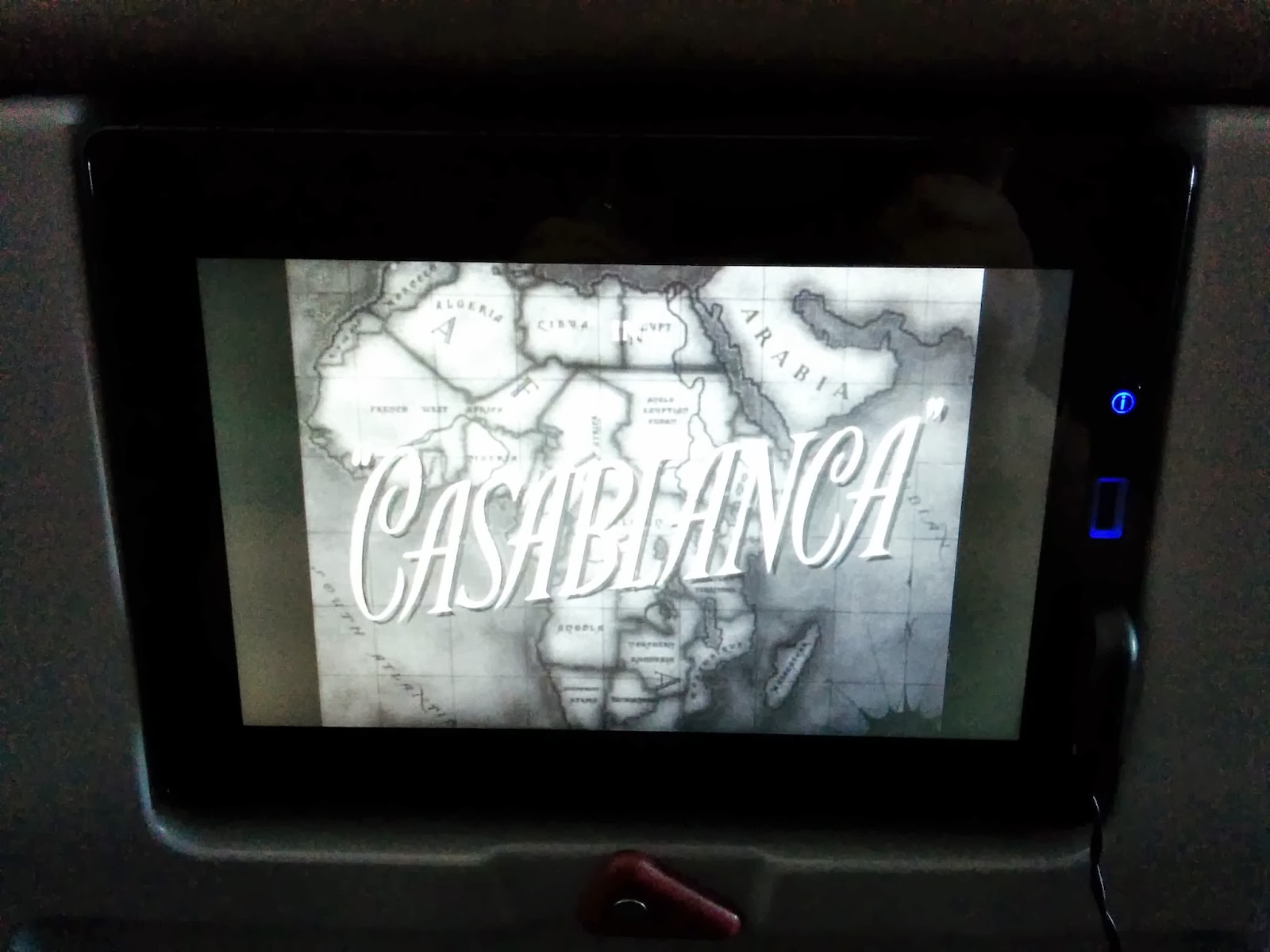 when we arrived we were met by an internal transfer agent who took us through passport control - actually he too k our passports and got them stamped and then came back to the lounge where we were waiting (having mint tea) and then escorted us through all the exit stops and out into the reception lobby where our driver was missing in action... after a brief delay Mustafa showed up and drove us to the Hotel Doge.  We checked in and made arrangements to be picked up in a few hours to start our city tour.  Meanwhile we get to shower and nap for an hour or so... 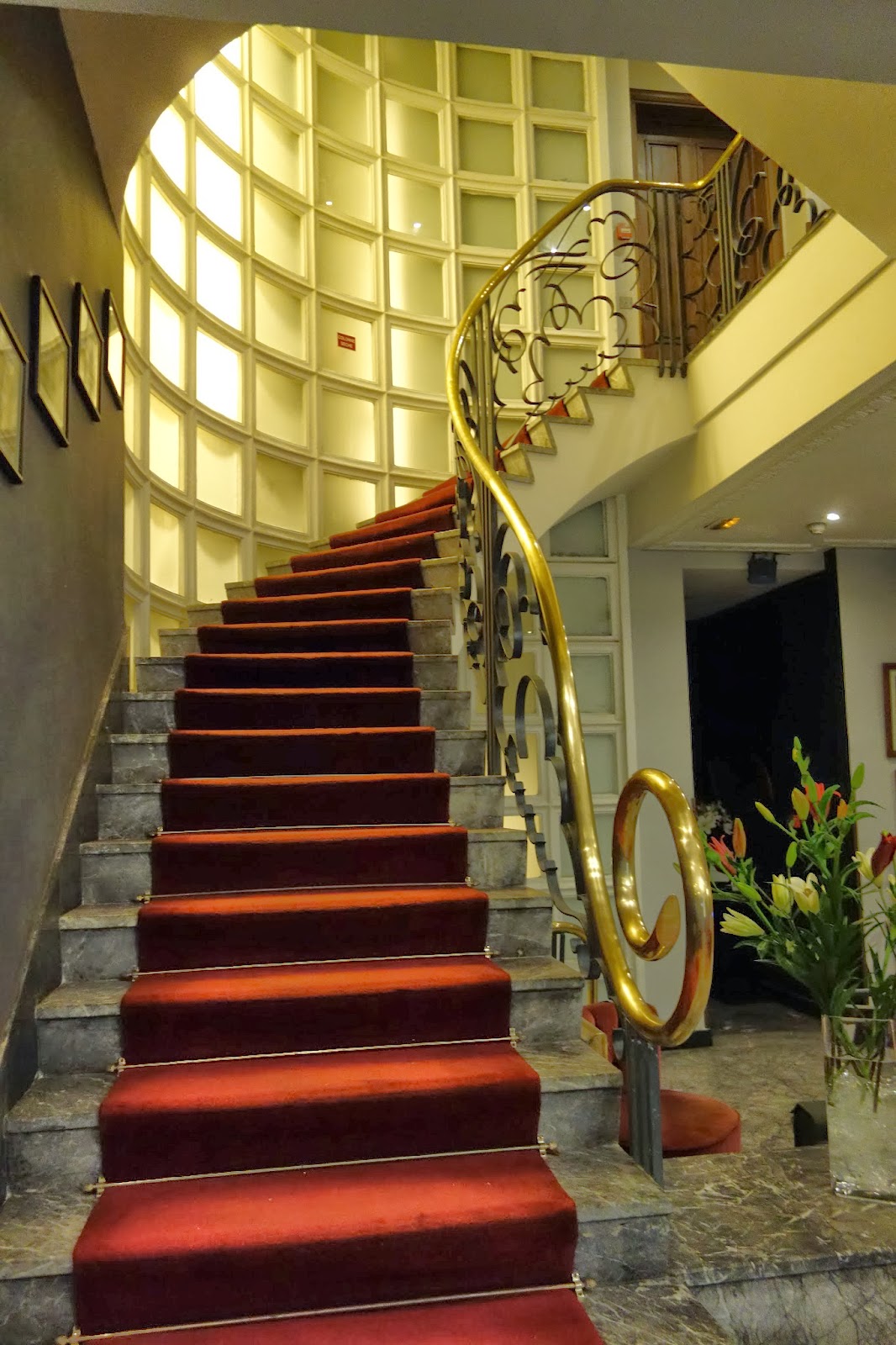 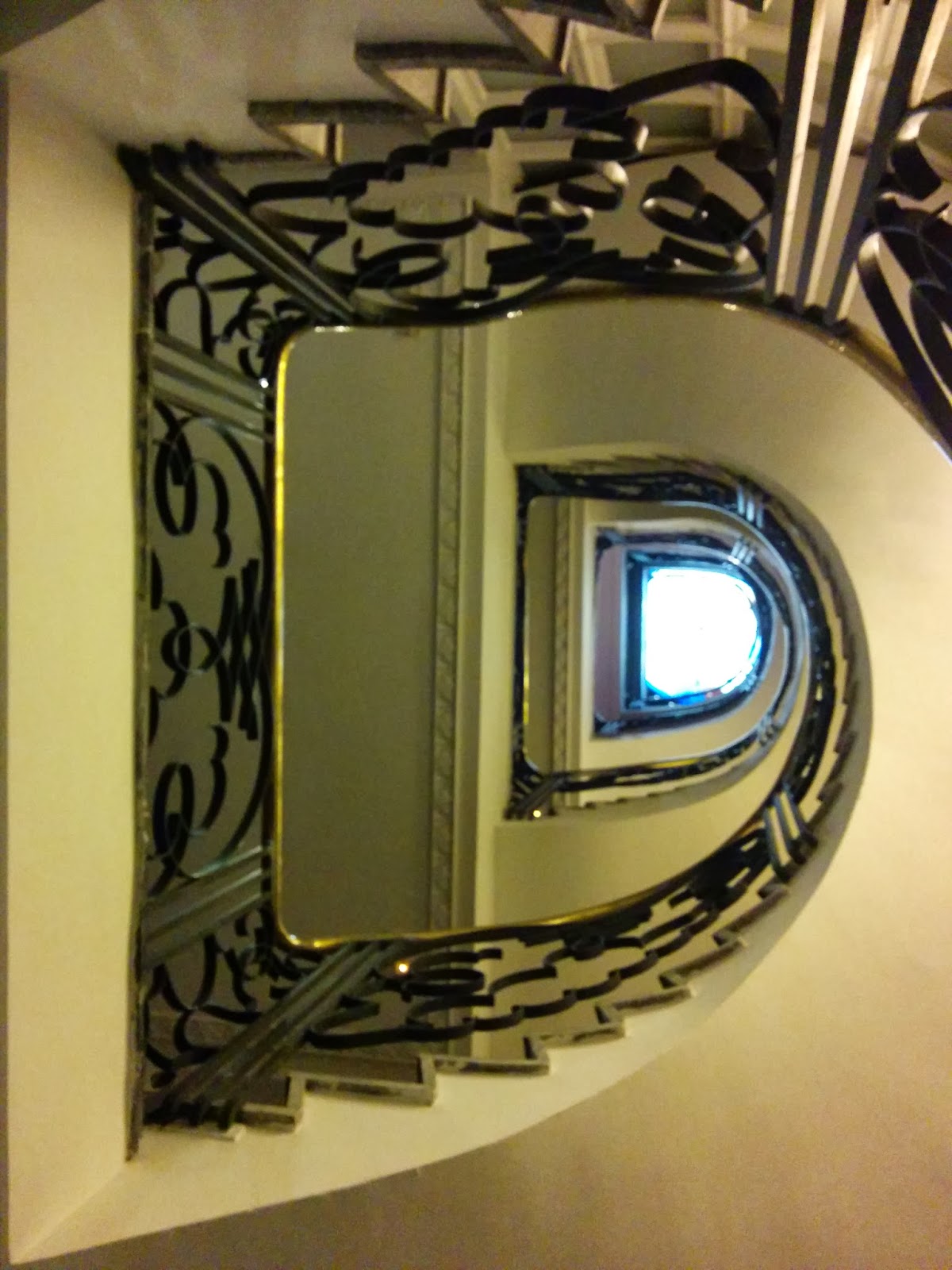 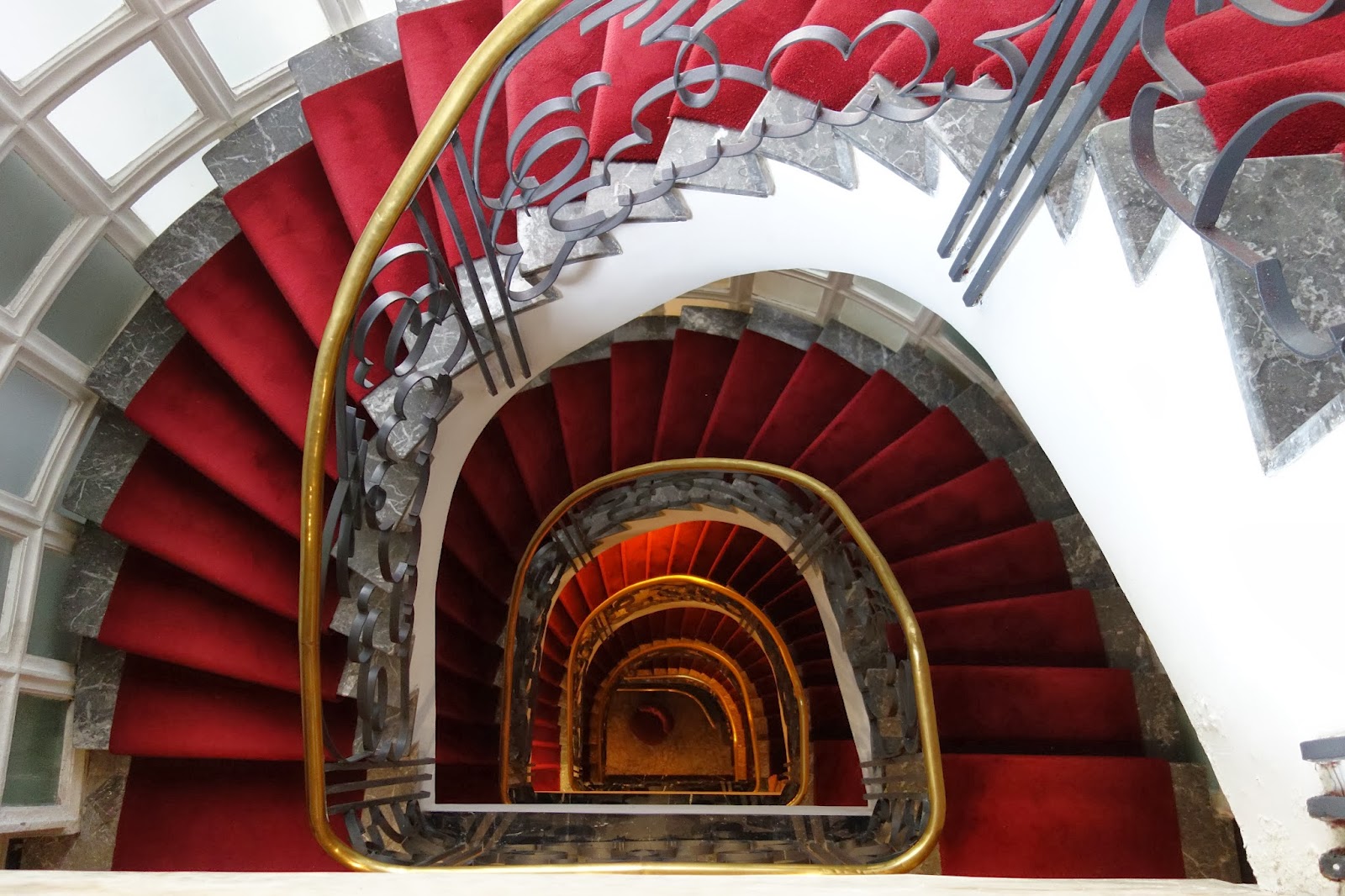 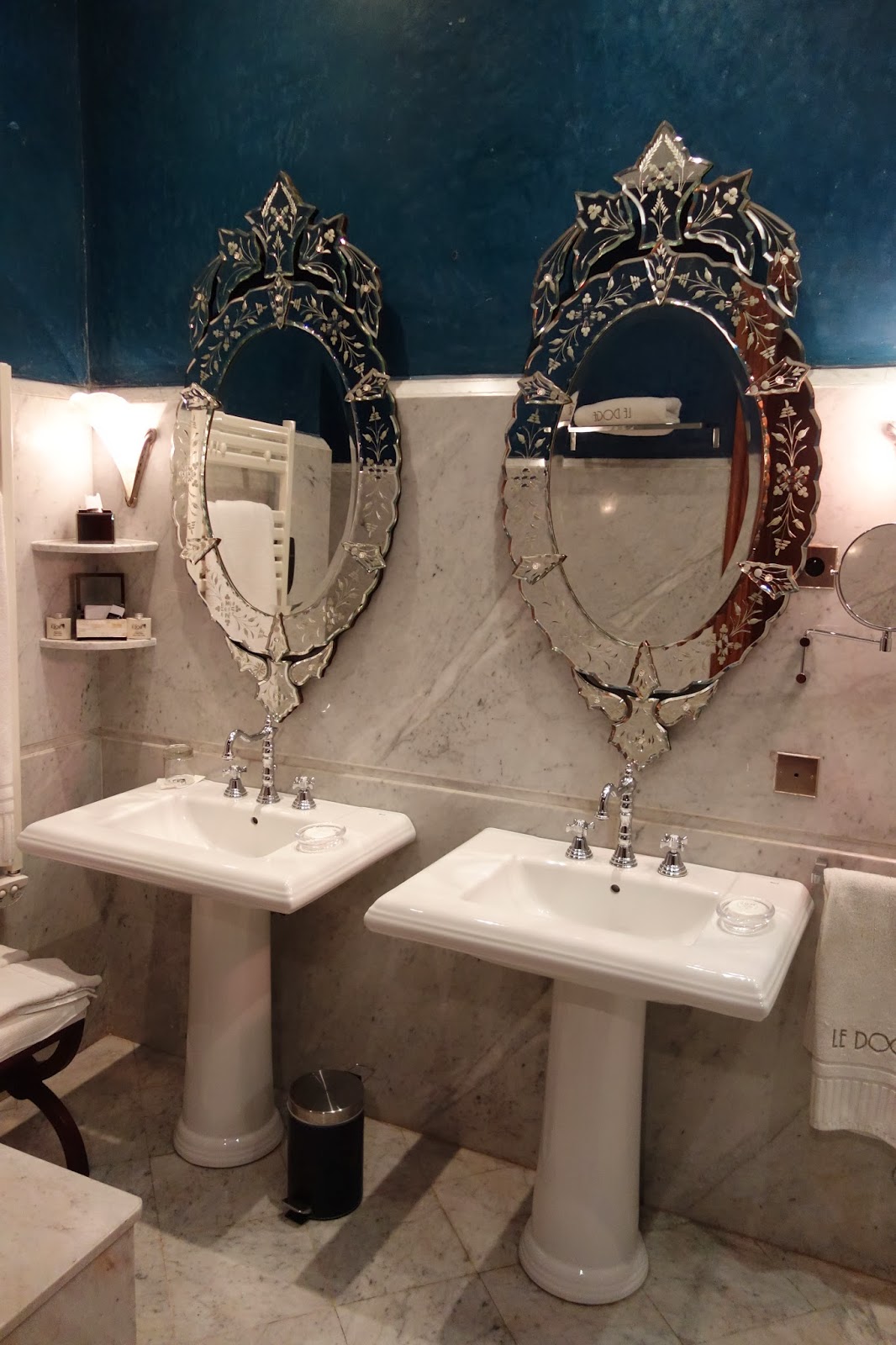 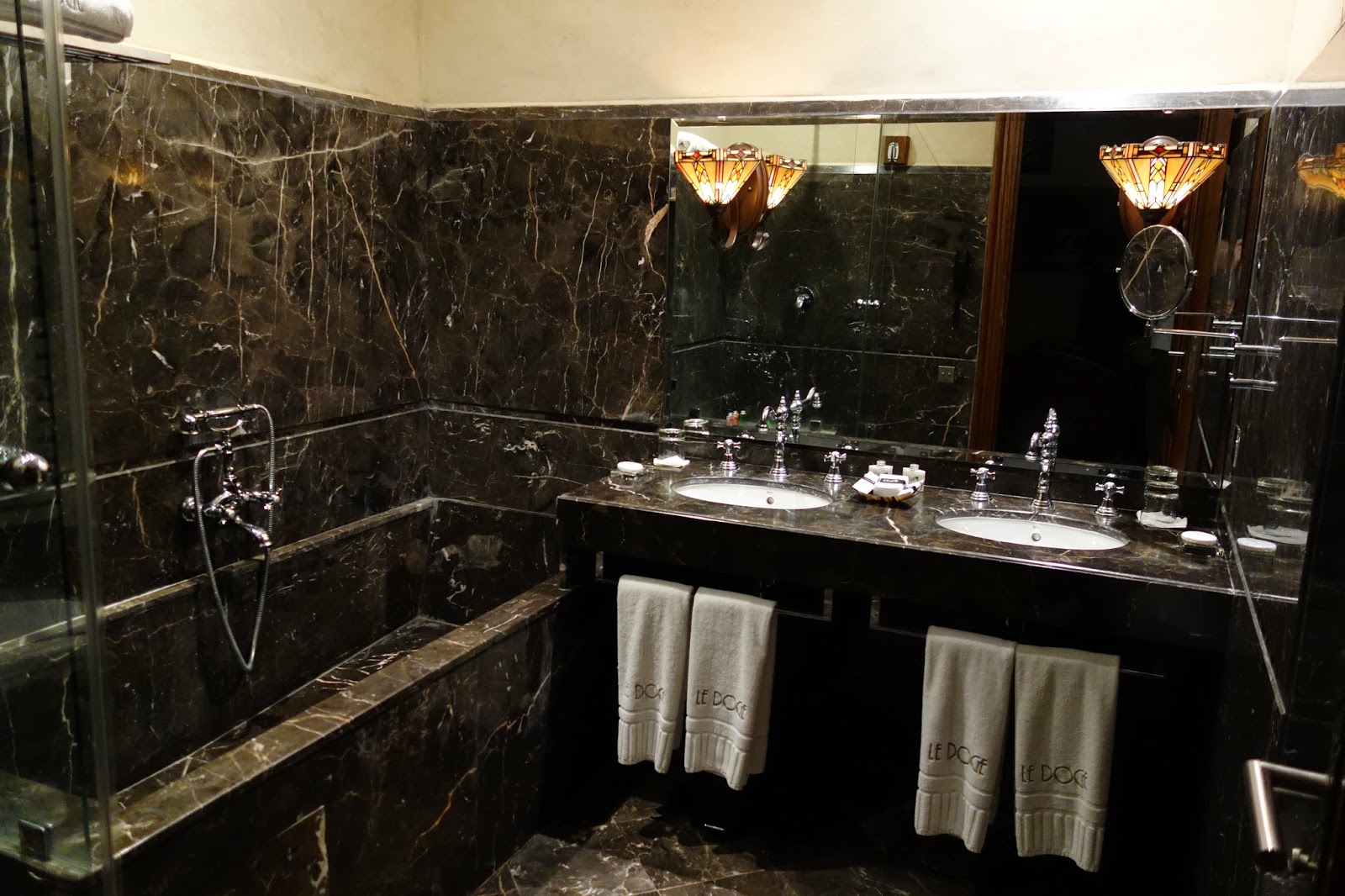 LOL guess which one was the bath from the Hemingway room! LOL

more photos of my room the Jean Cocteau - 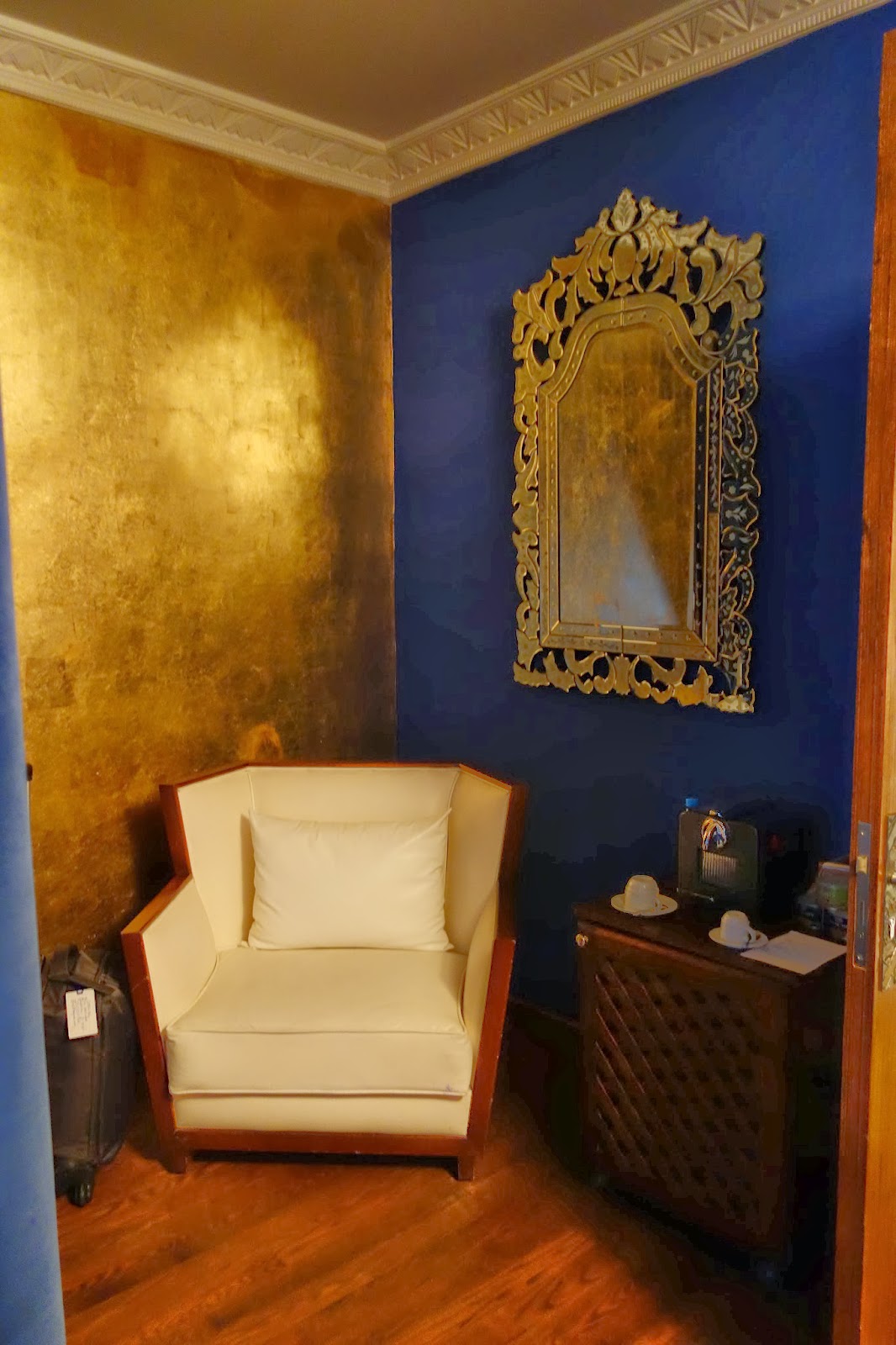 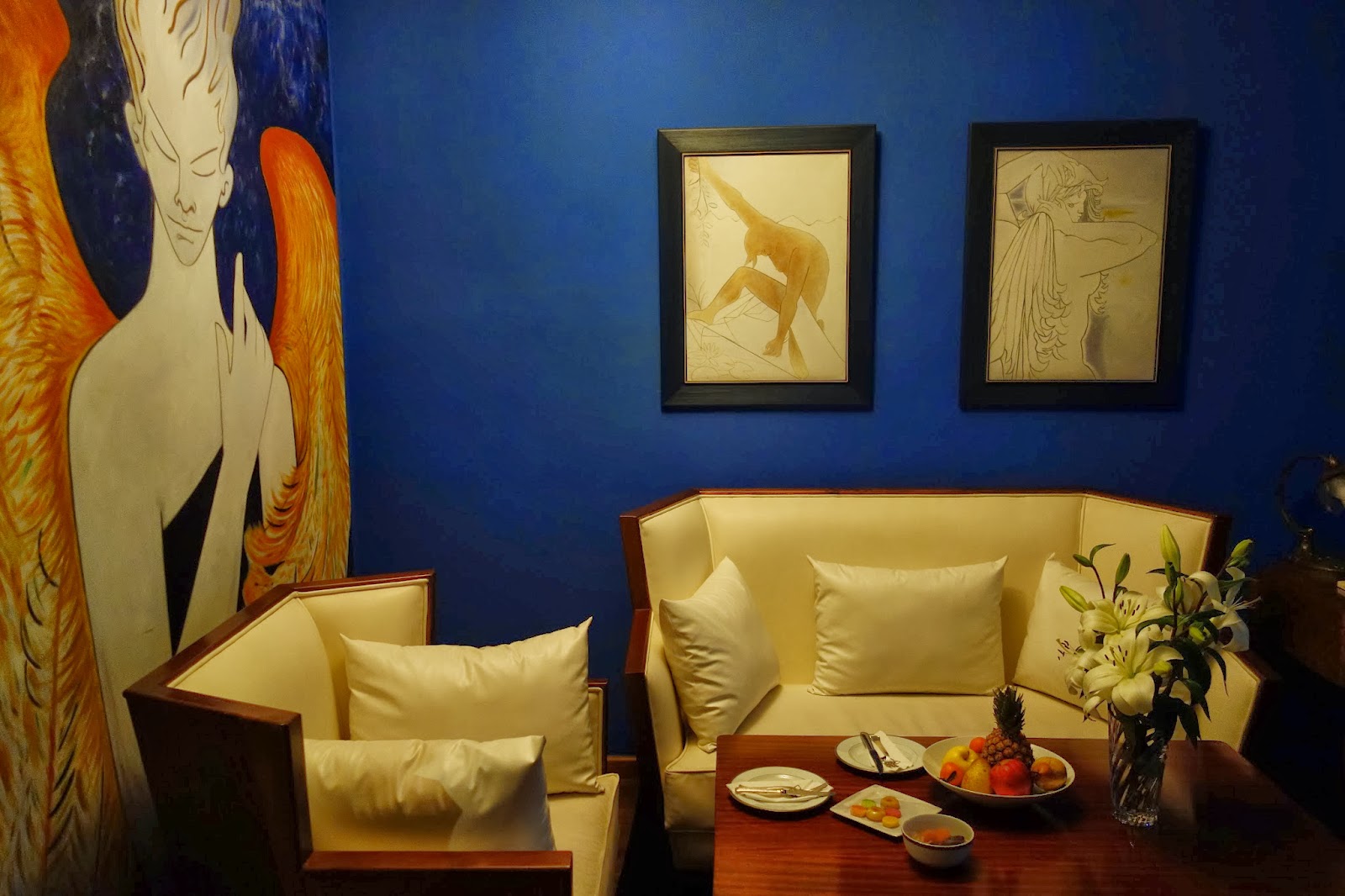 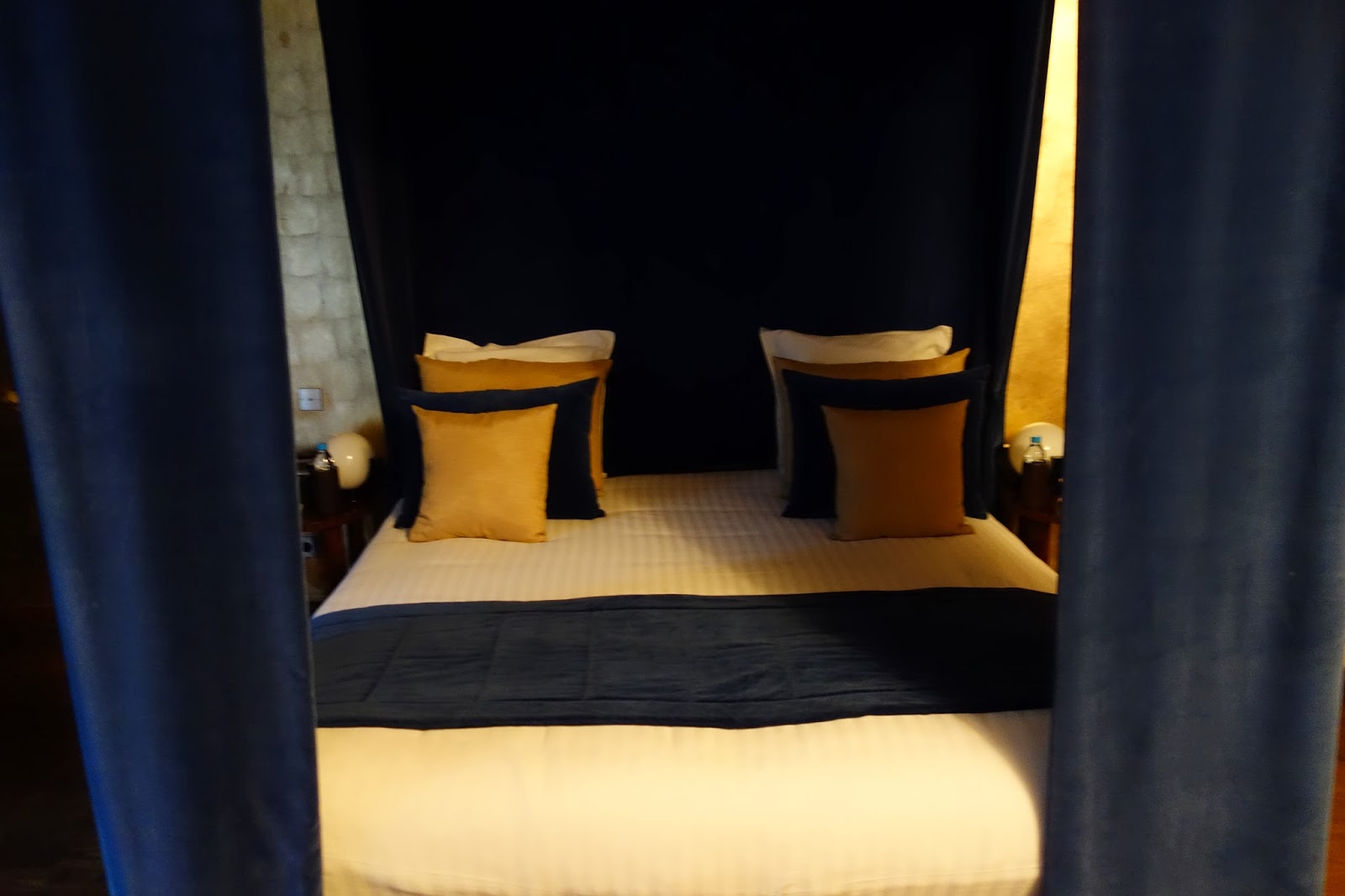 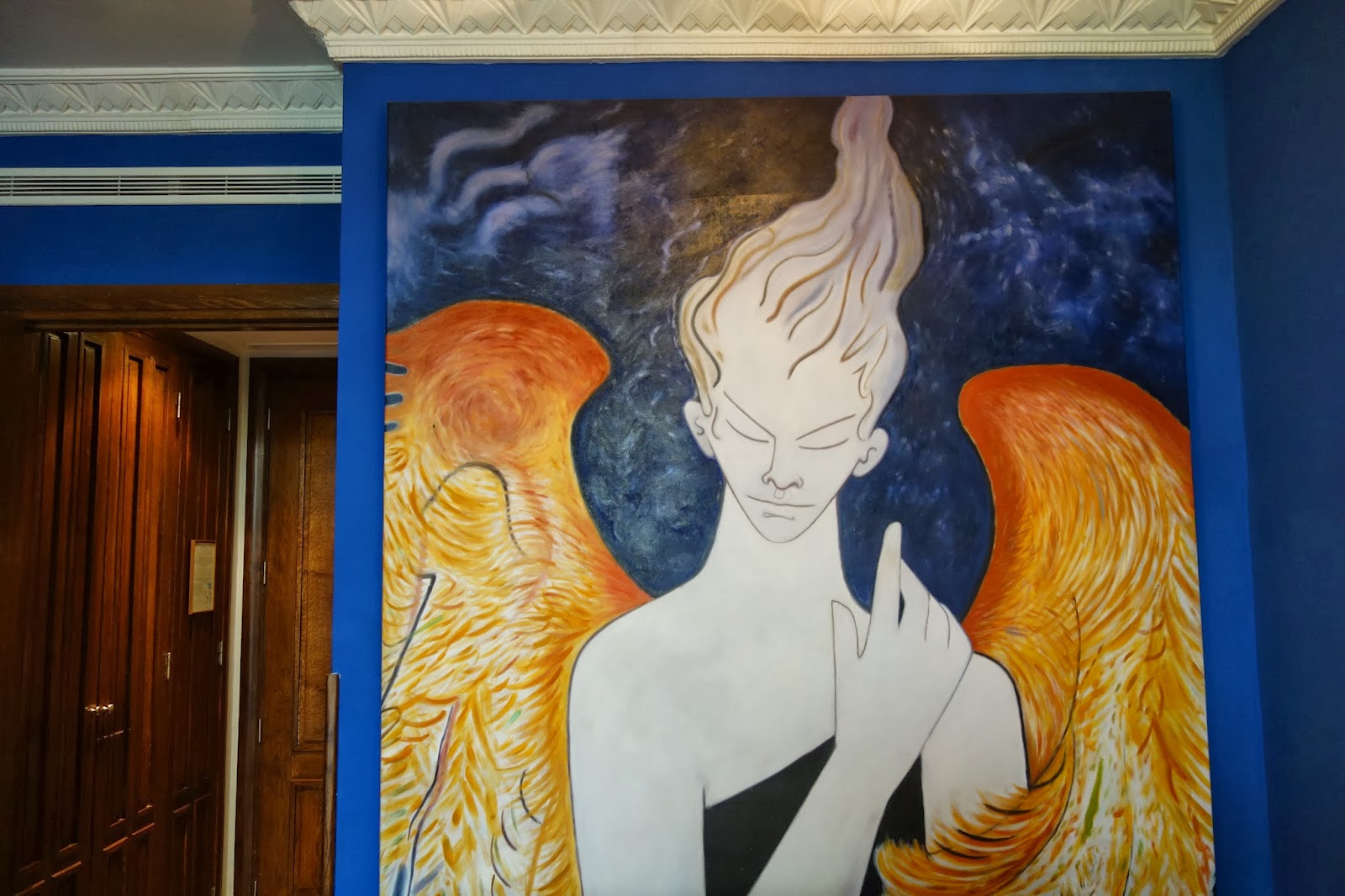 beautiful but not particularly comfortable - however by then I was so tired the bed was PERFECT! like baby bear's... 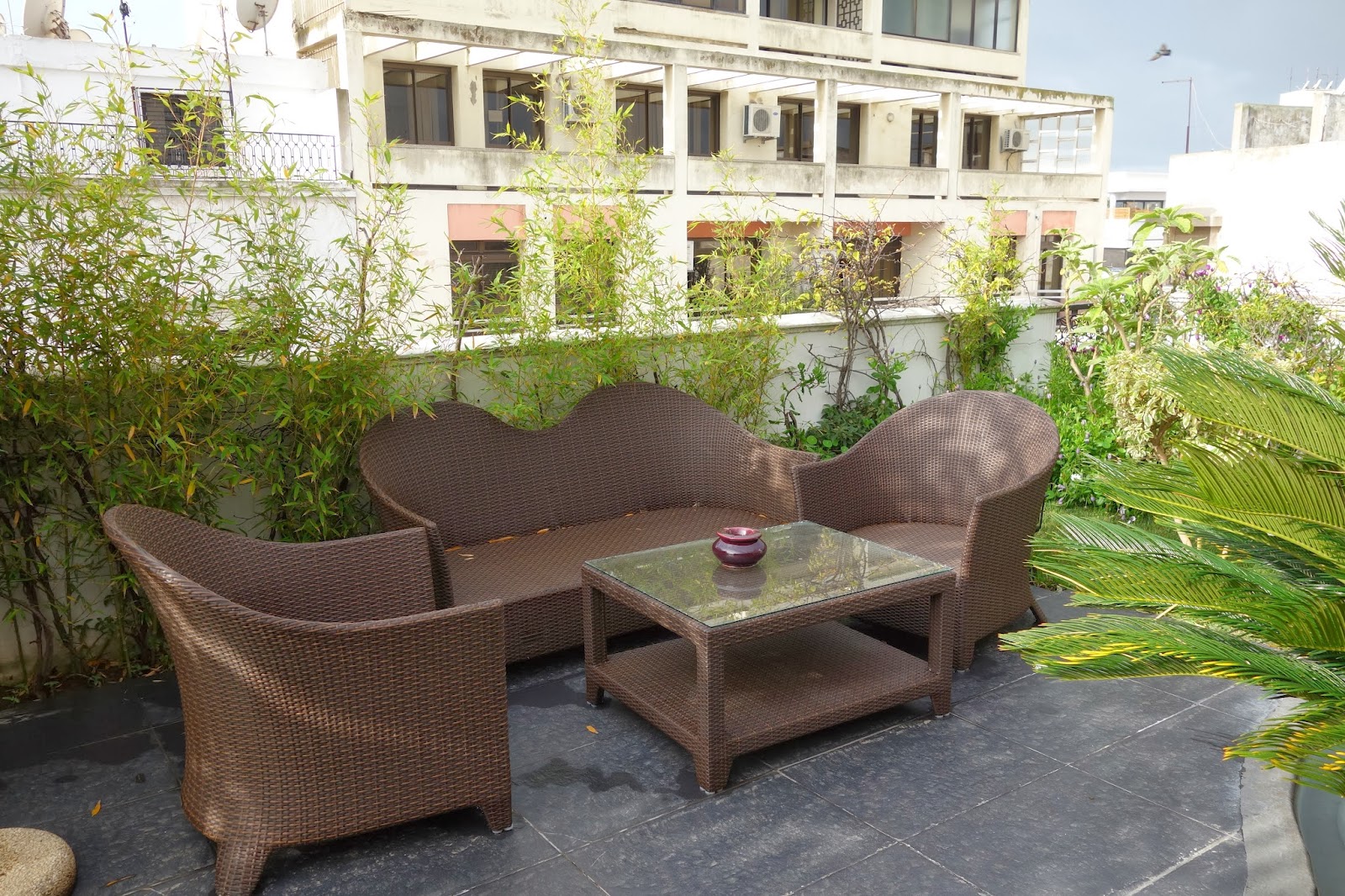 because it was our first night we also ate at the restaurant - which has another name than Doge but I don't recall it right this moment--- the meal was nice but we were tired so I 1.have no memory of what I ate and 2. have no photos... but this was just a short intro post because we did actually spend several hours out touring around and our first stop was the enormous Hassan II Mosque- which will be featured in the next post - amazing photos... so come on back!