we sleep in (so to speak) because it is Sunday and the traffic to Rabat will be light according to Aziz.  and so on Sunday morning we head north out of Casablanca toward Rabat... these cities are fairly close so at some point in the future they will become a "metroplex"

we take the expressway for part and then get off and drive the coast road for the remainder into the city, the political capital of Morocco (commercial capital would be Casablanca) - our first stop is the Mausoleum of Mohamed V (M5 versus H2 of the mosque or H1 of the soon to be seen Tower)-

beautiful, spectacular, jewel-like  are all appropriate adjectives for the mausoleum - which is guarded by the horse guards outside and inside by rotating soldiers in full dress uniforms-

the mausoleum is adjoined by a mosque and the minaret for the mosque is the Hassan Tower- a match for the Giralda in Seville and the Koutubia in Marrakech except that this one is 1. unfinished and 2. partially destroyed by an earth quake... still the area is quite impressive as the remains of the structural pillars of the original mosque show how enormous it was... but on to photos- 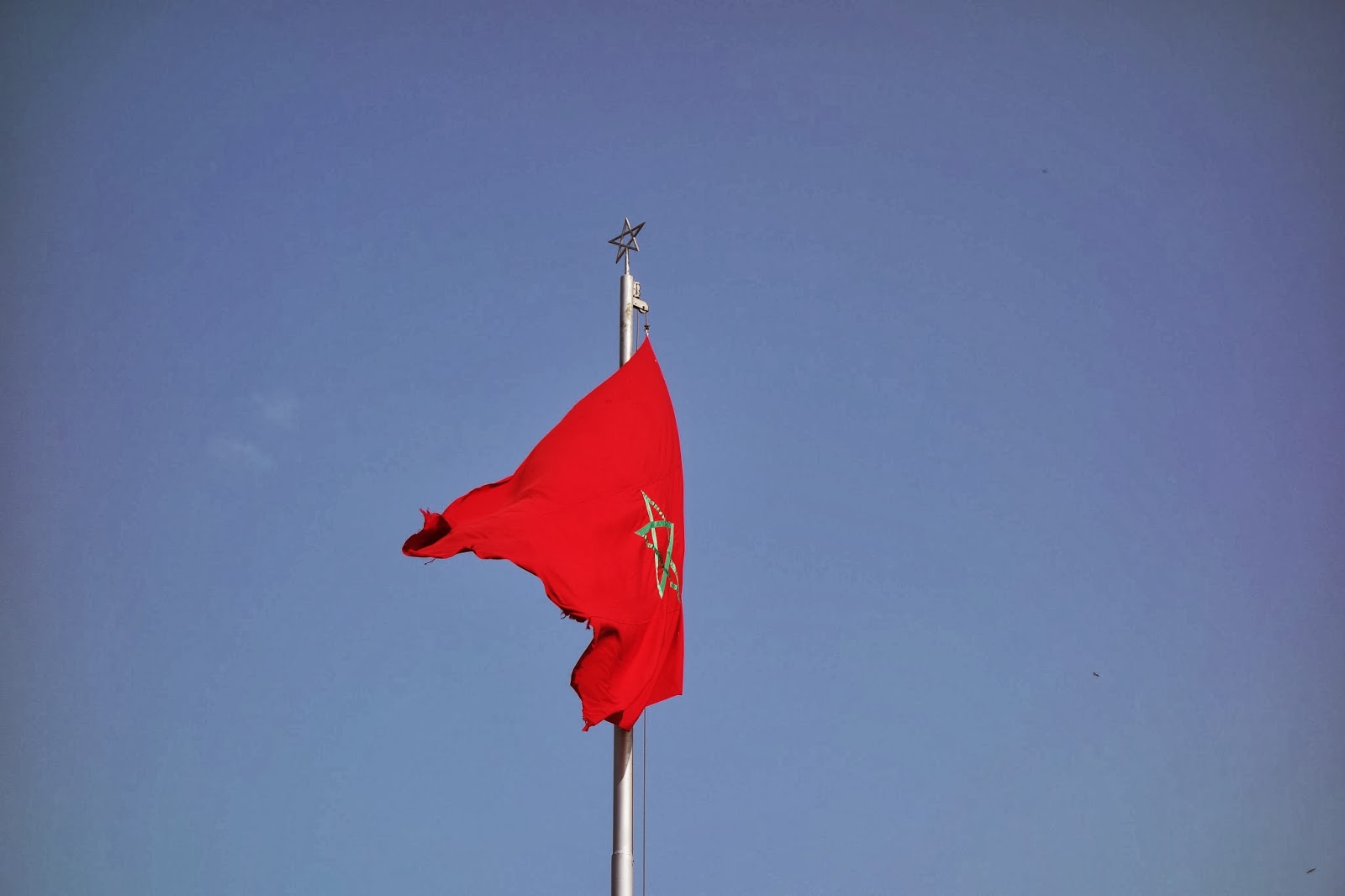 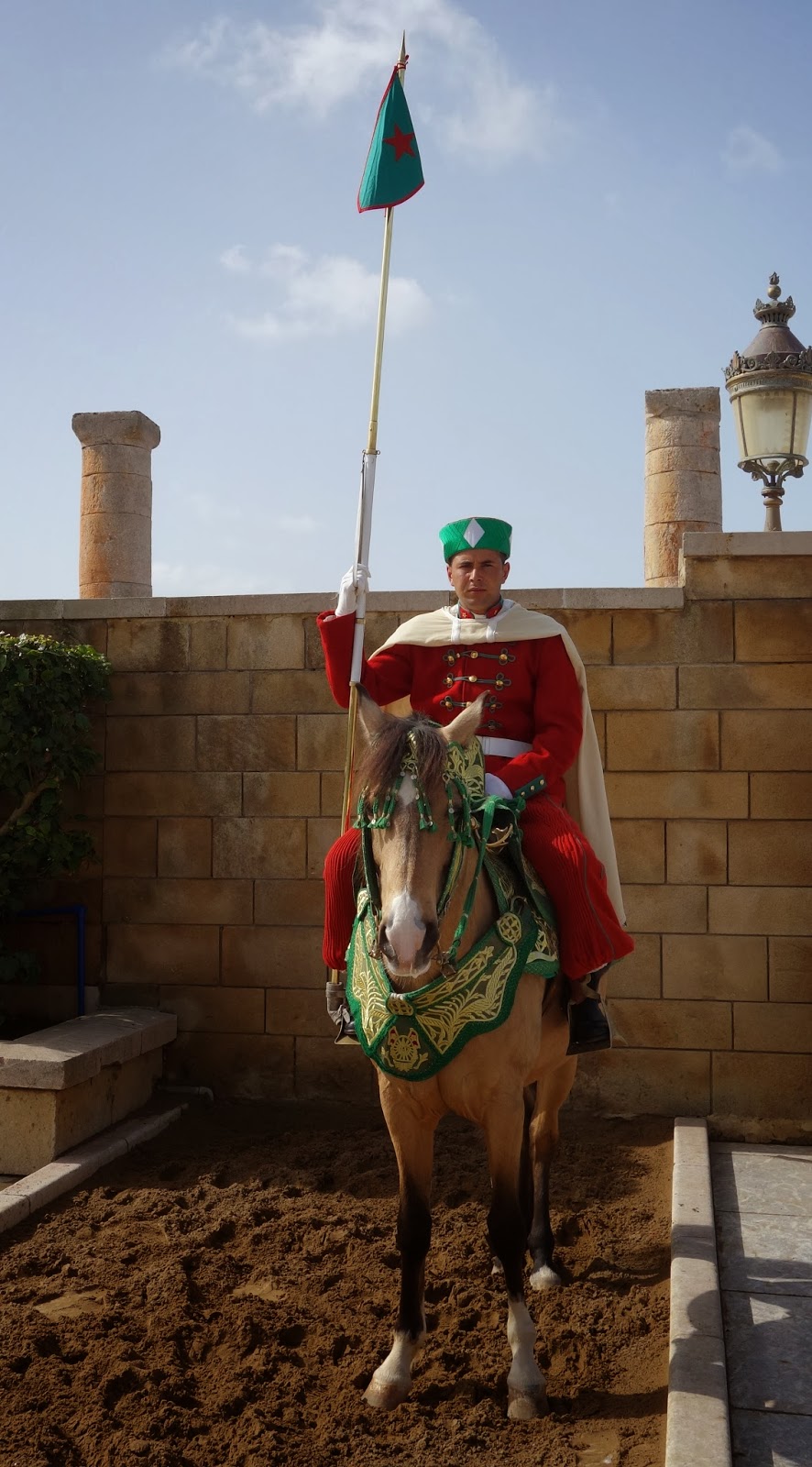 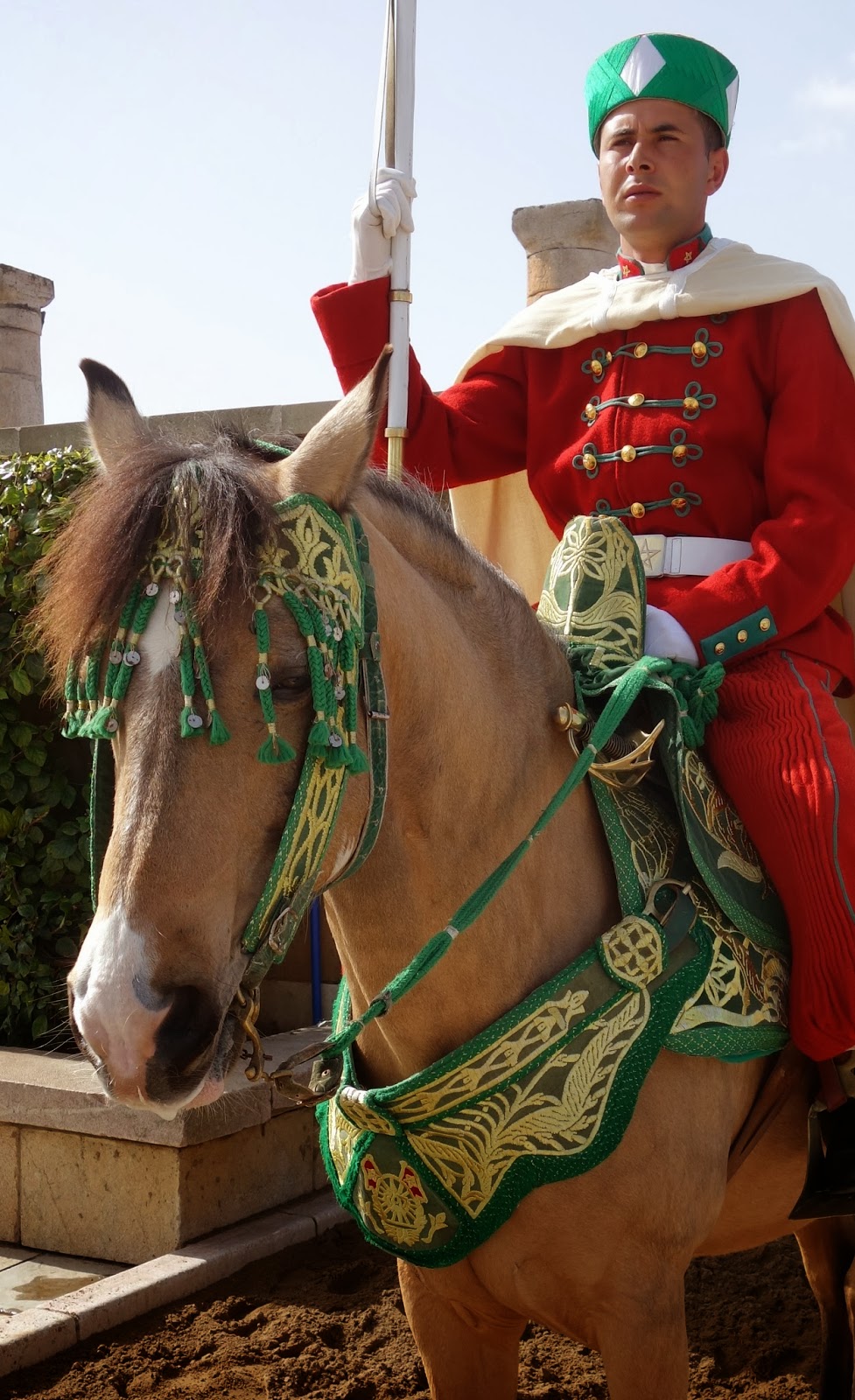 inside the M5 Mausoleum- incredibly beautiful tile and stained glass- 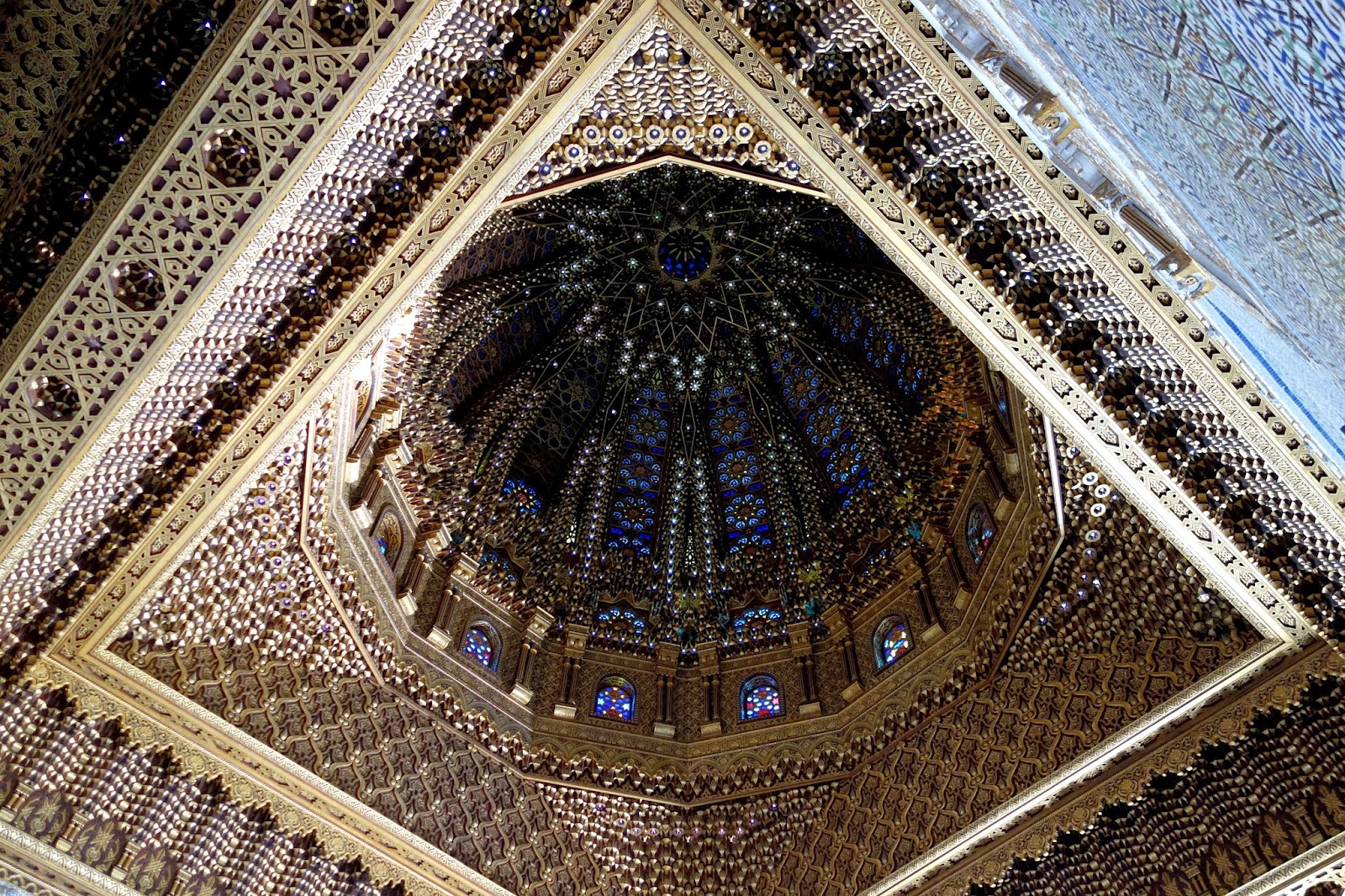 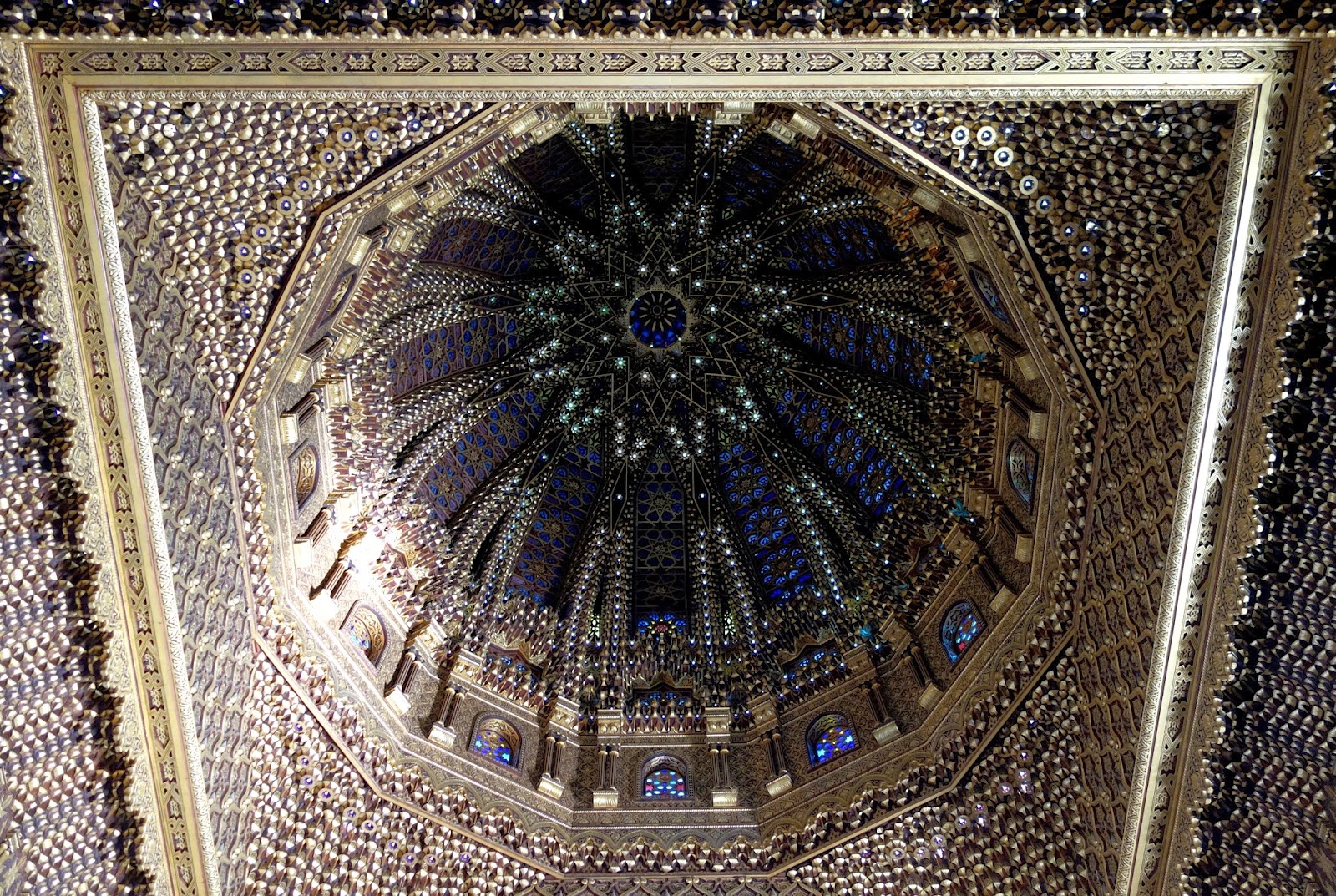 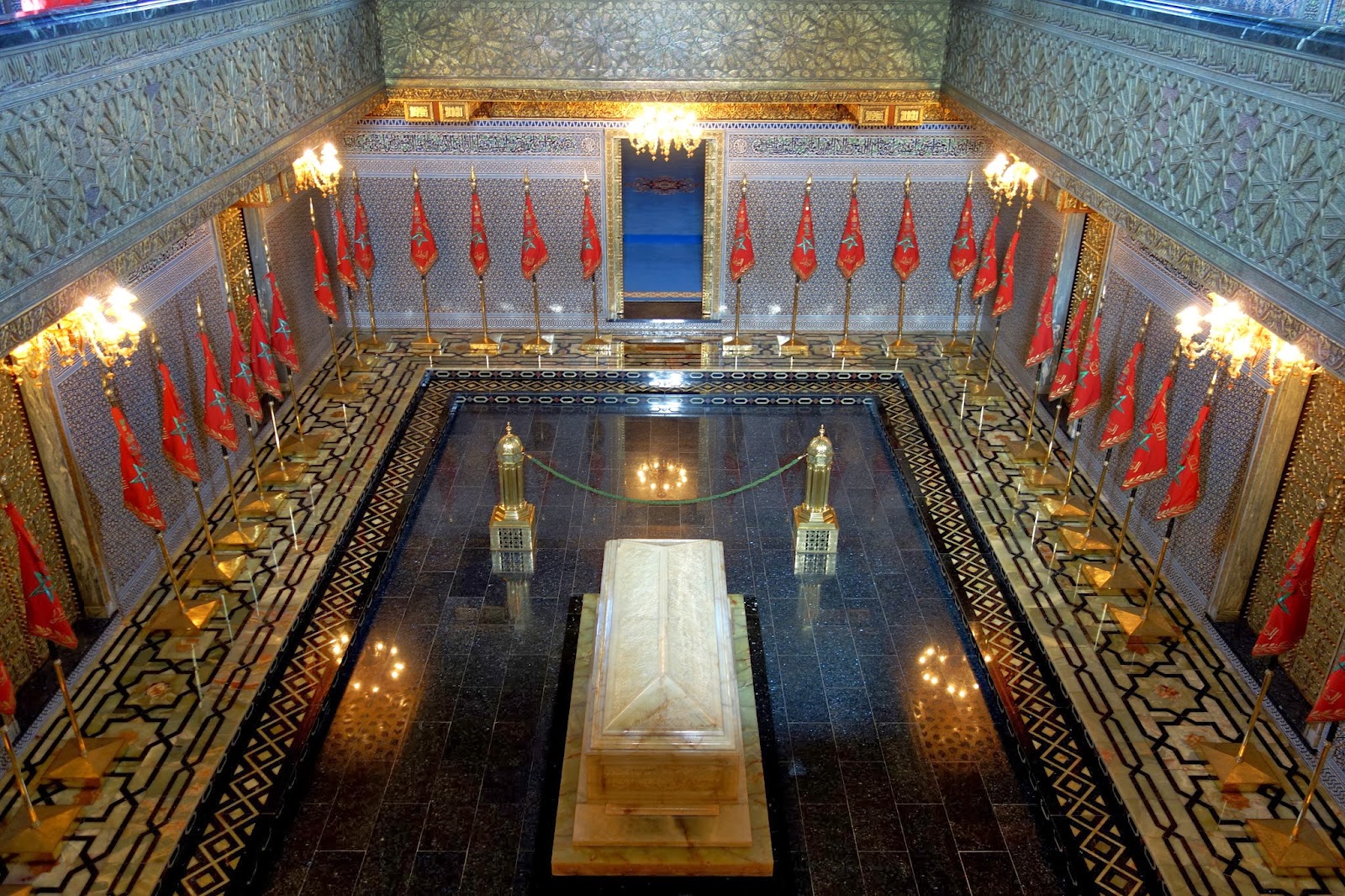 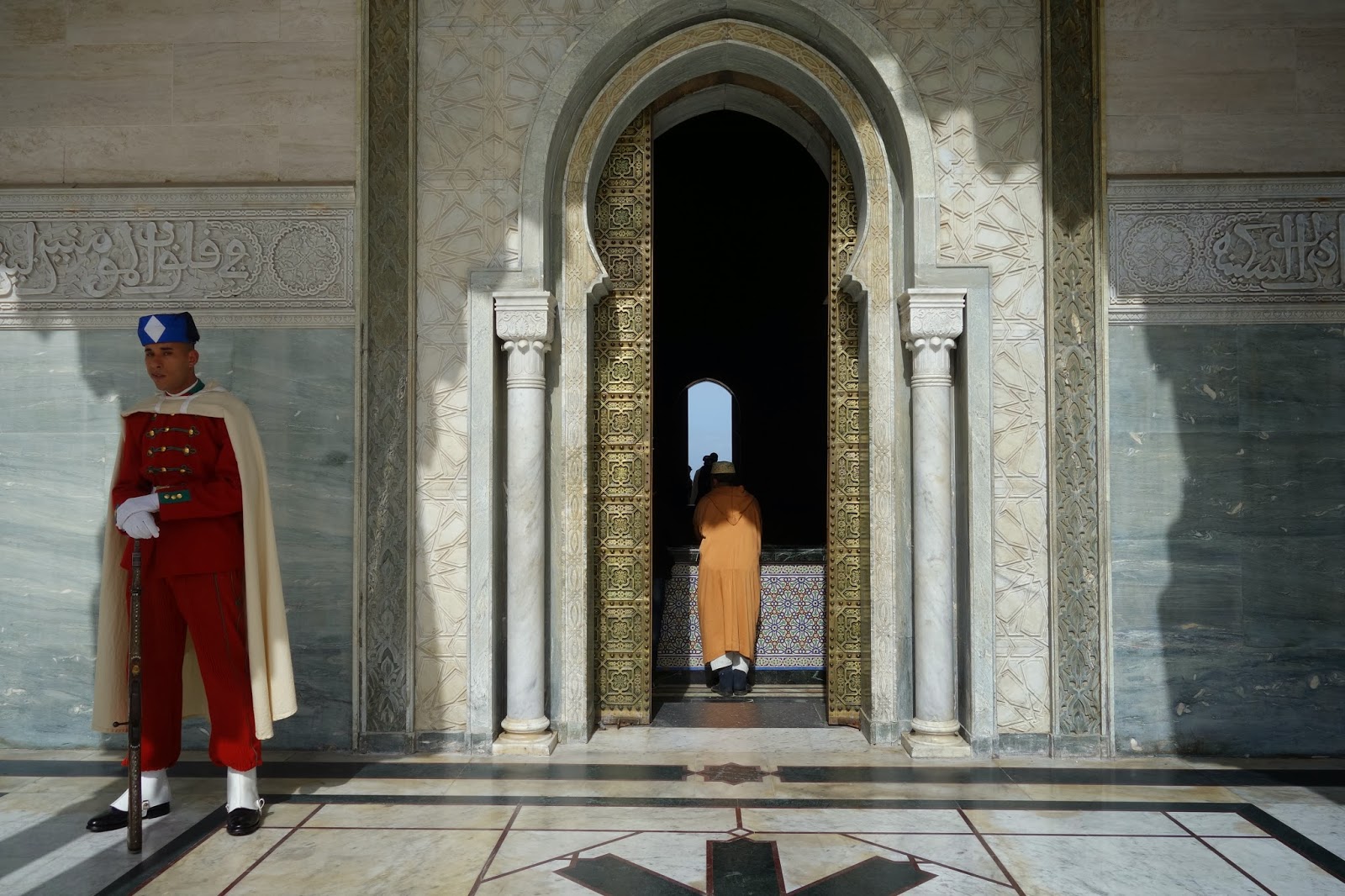 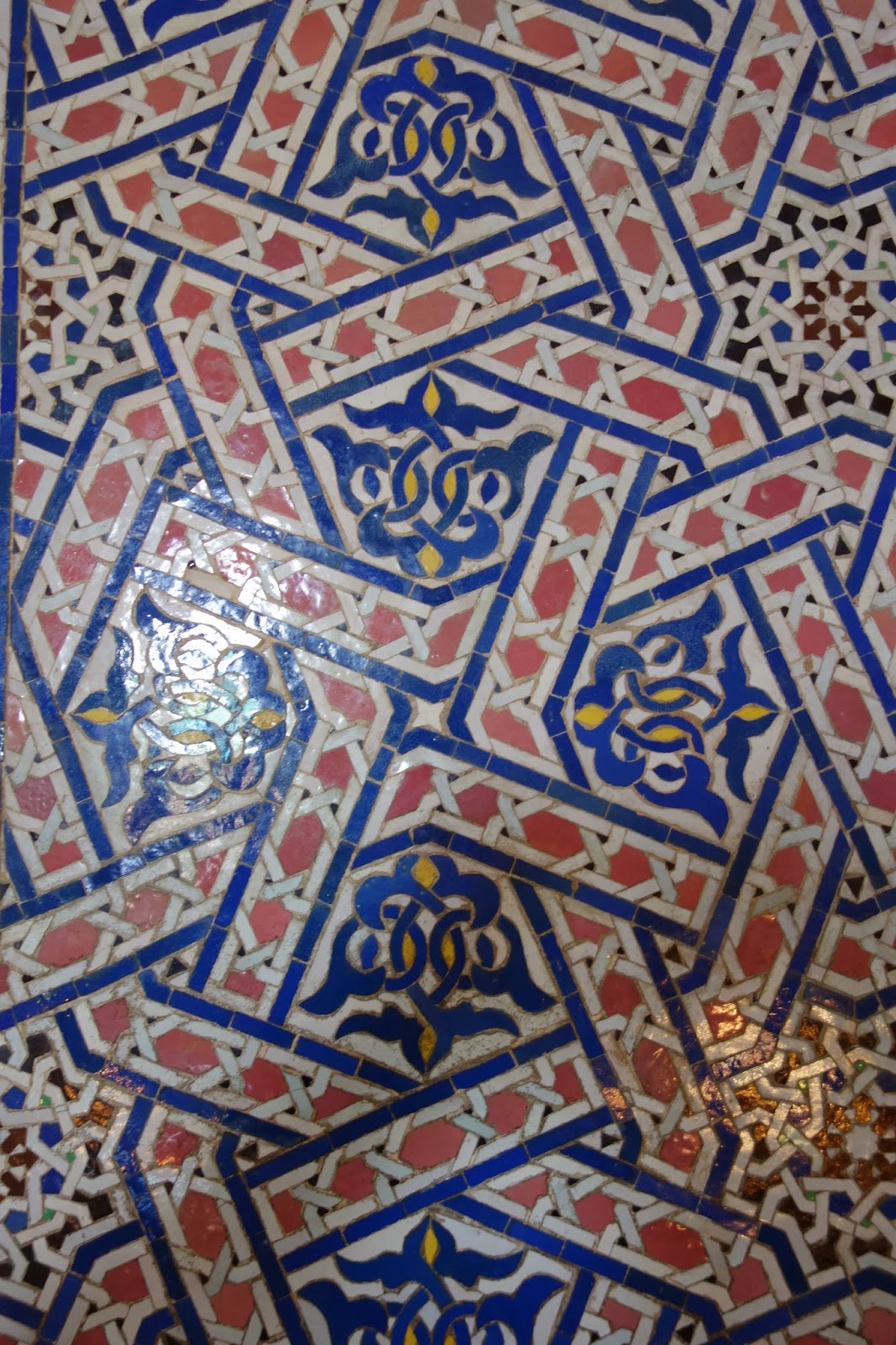 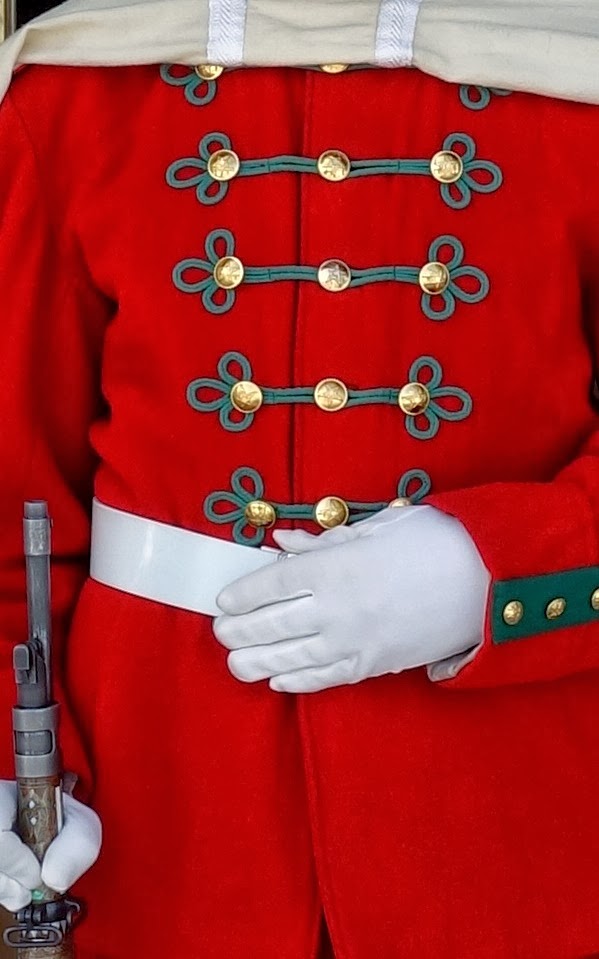 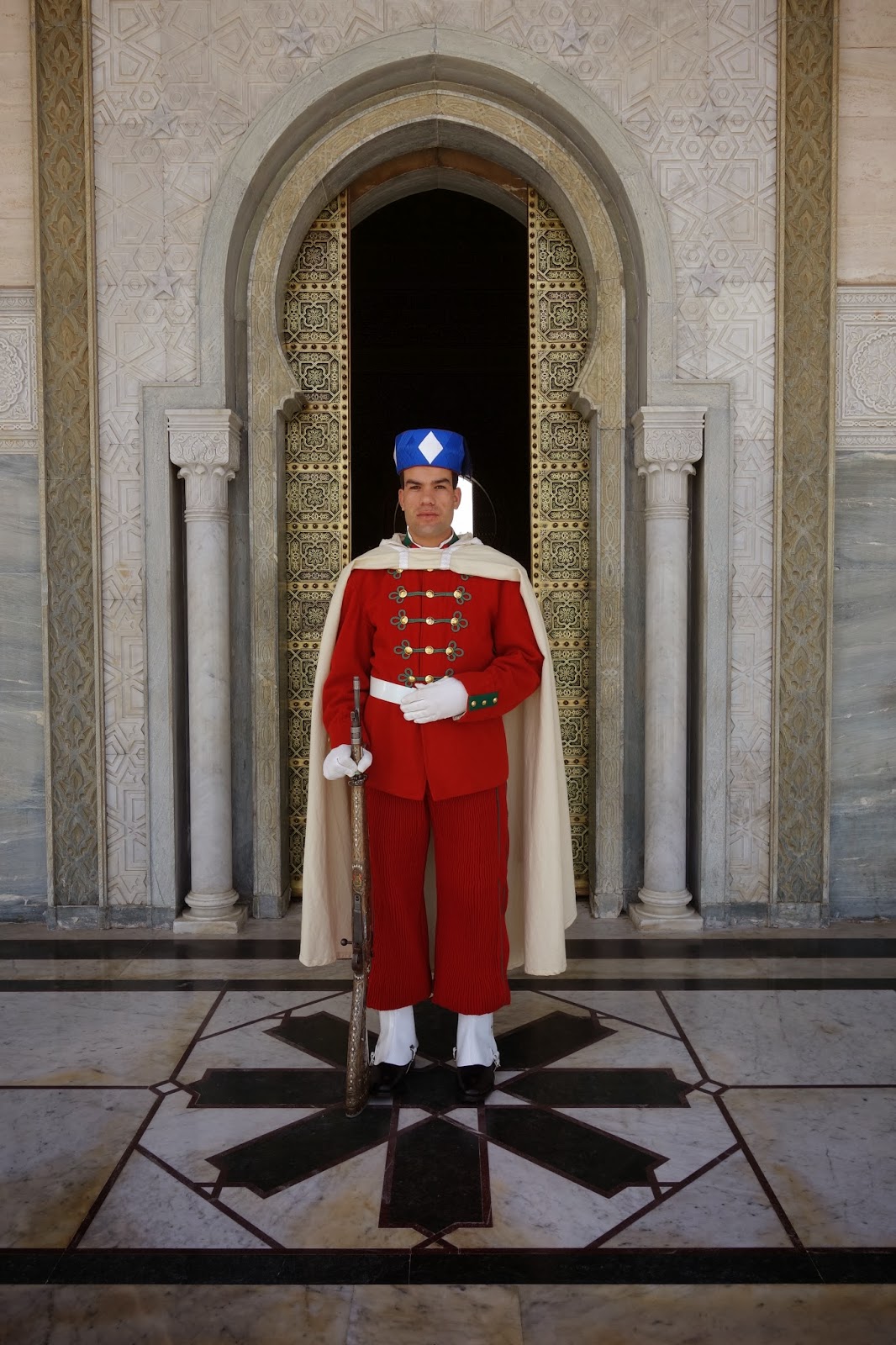 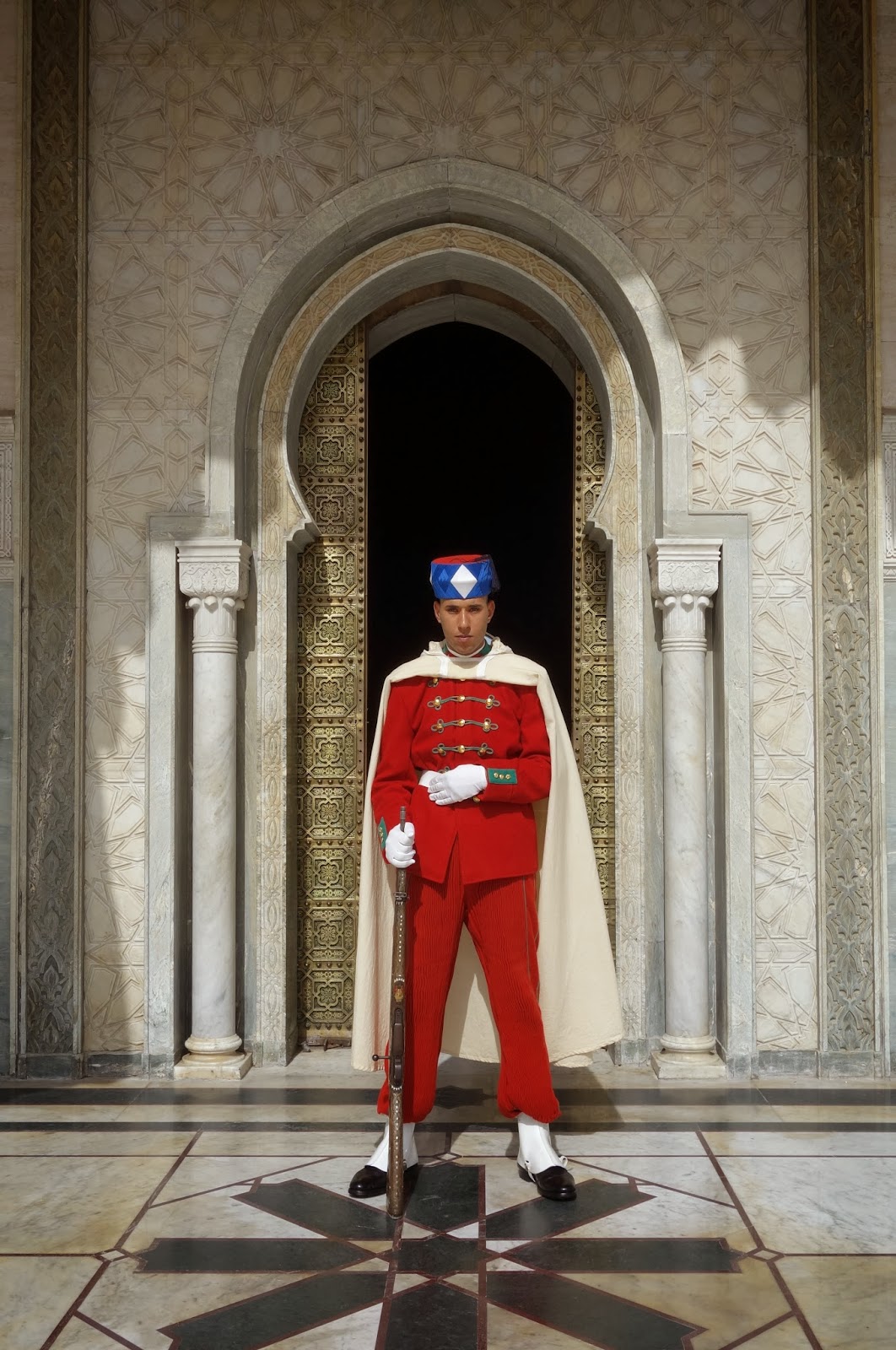 ritual fountains at the mosque next to the mausoleum- 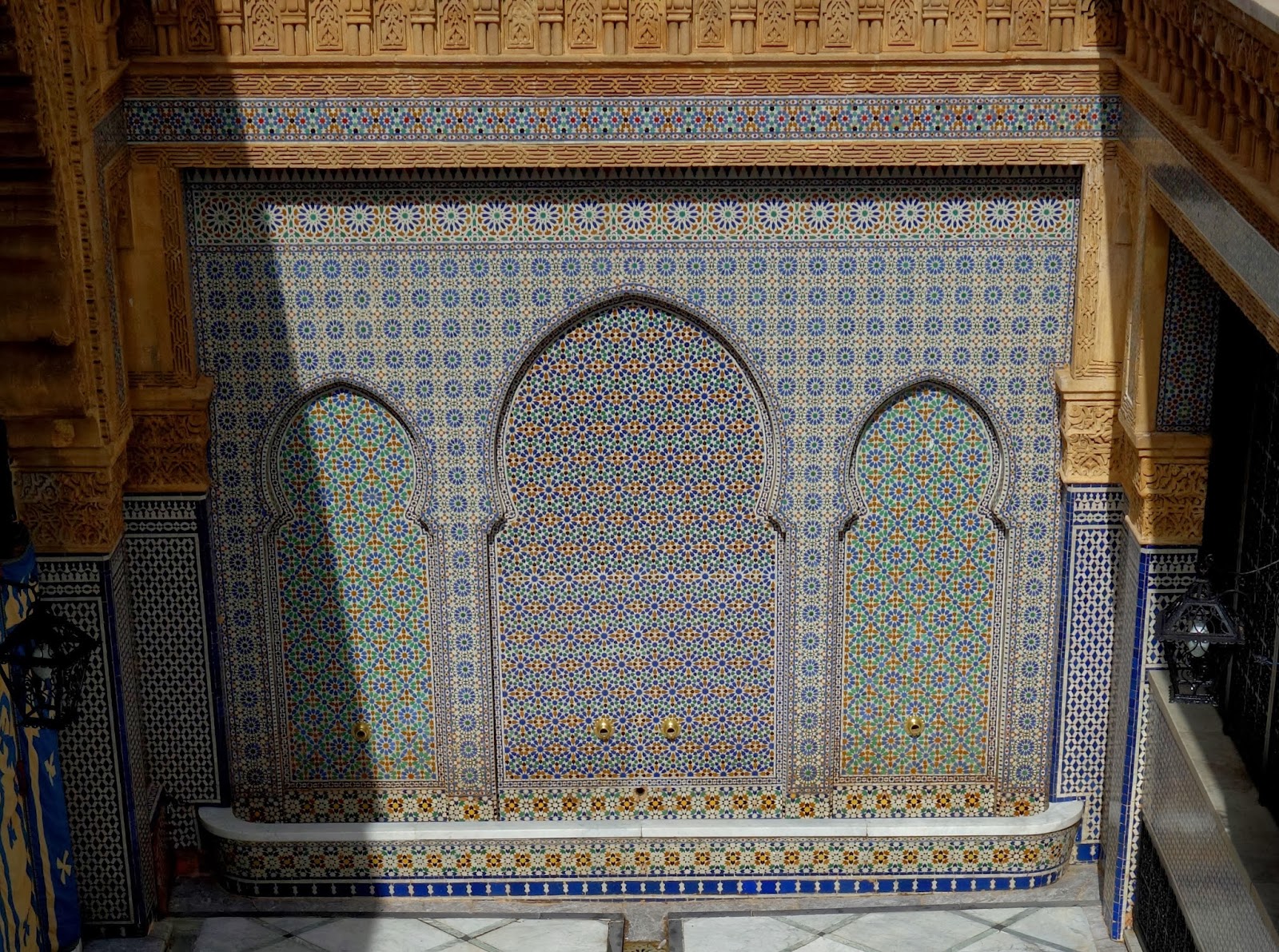 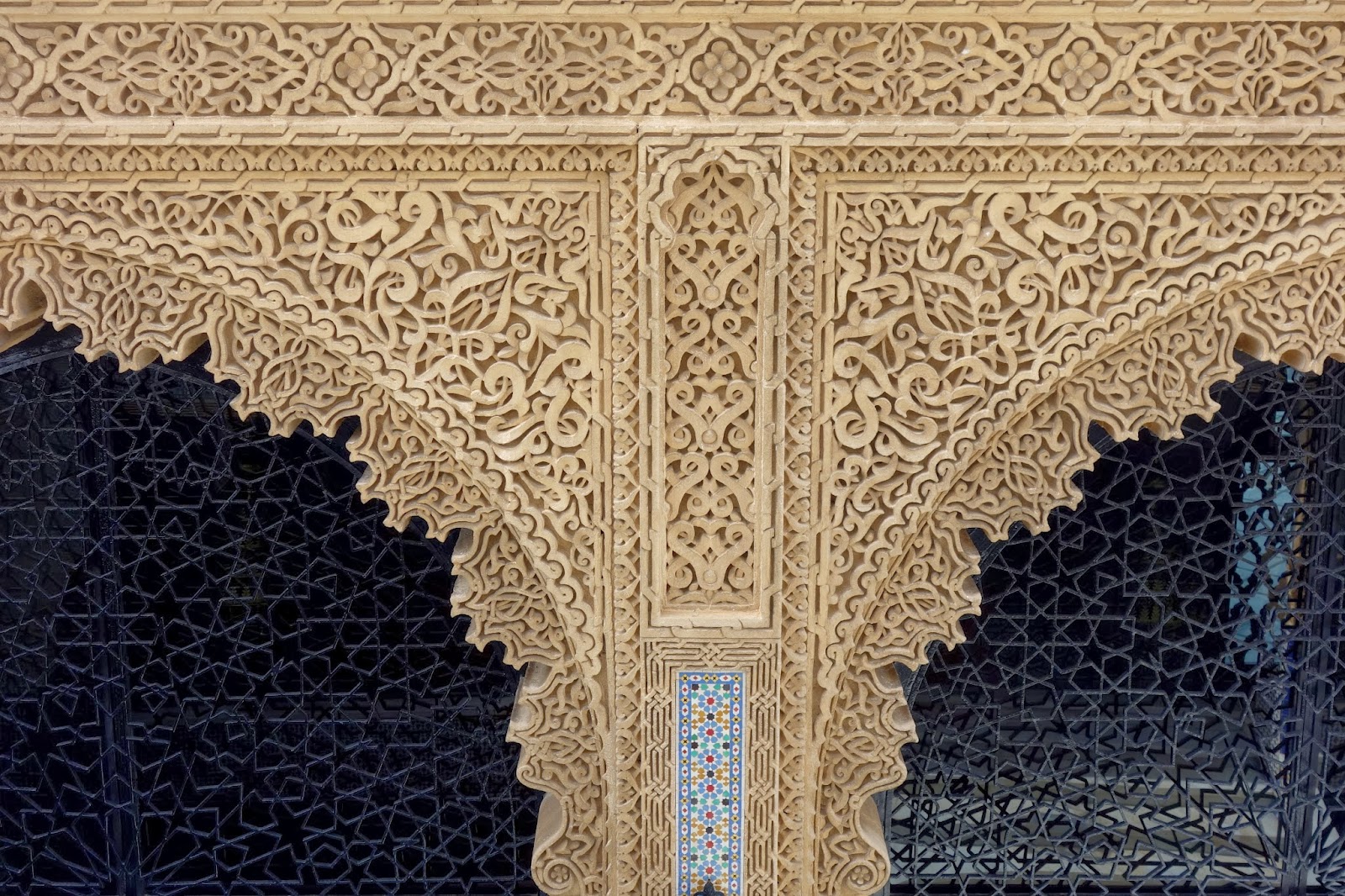 the plaza with the Hassan Tower- 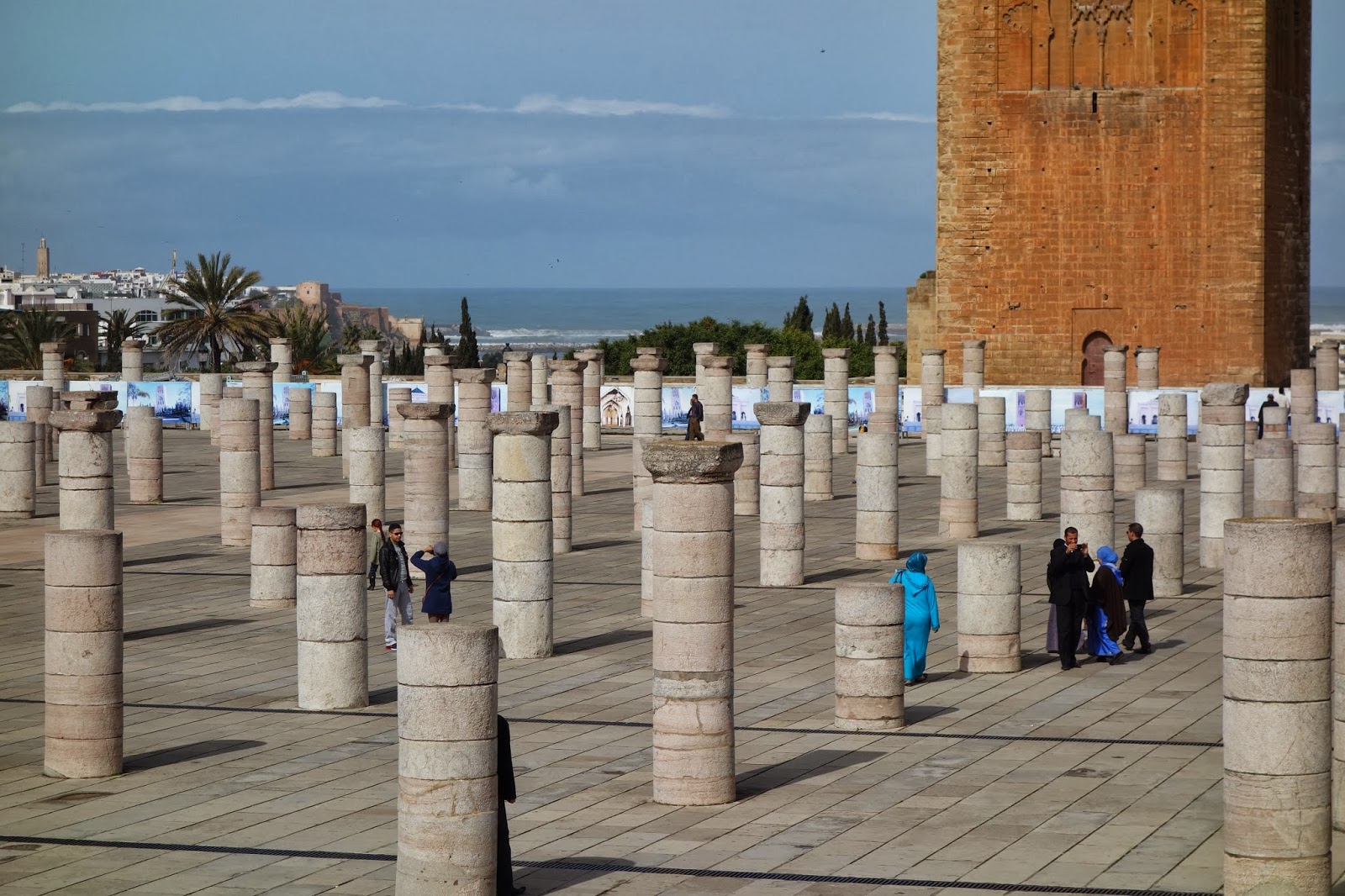 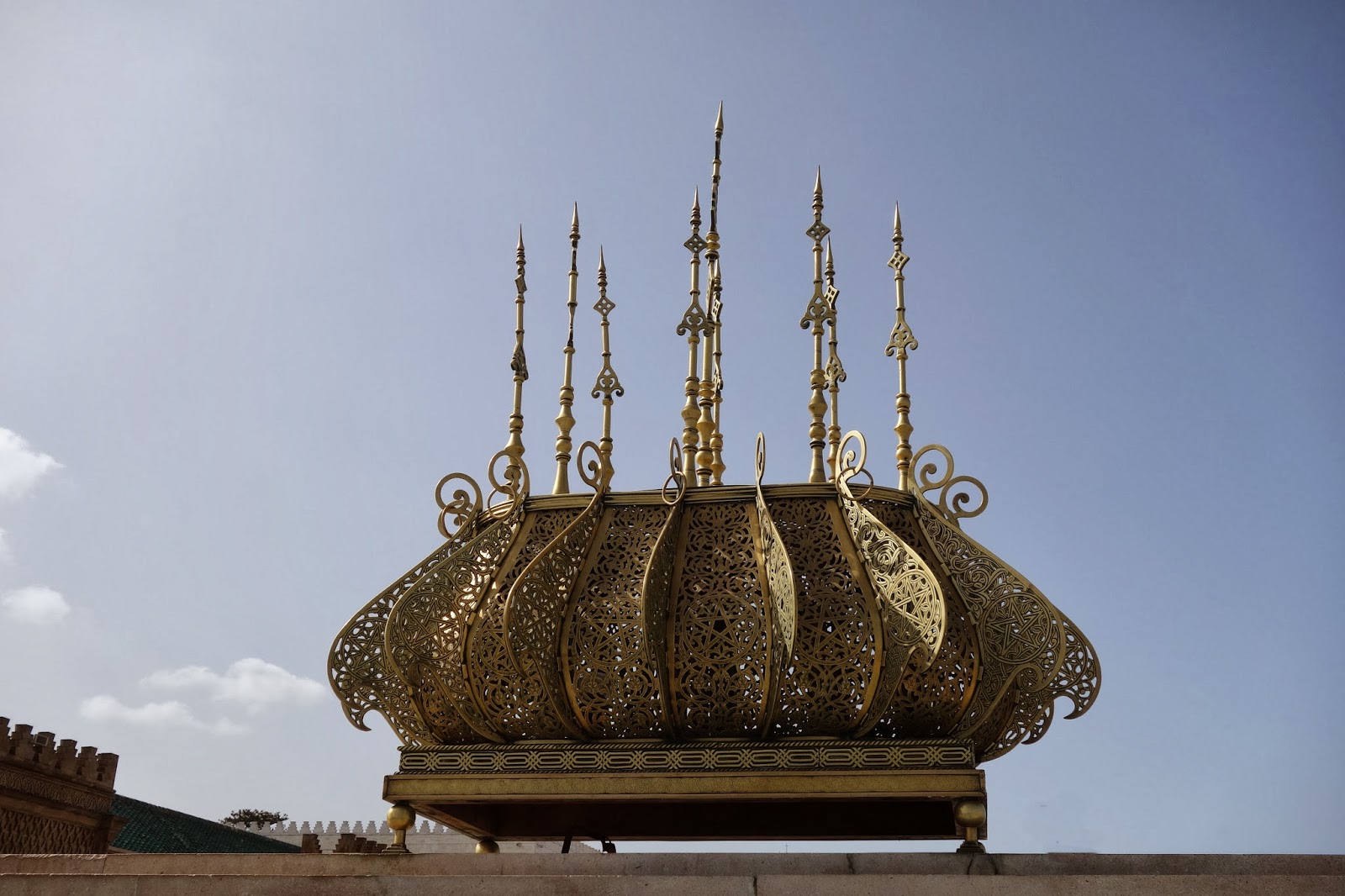 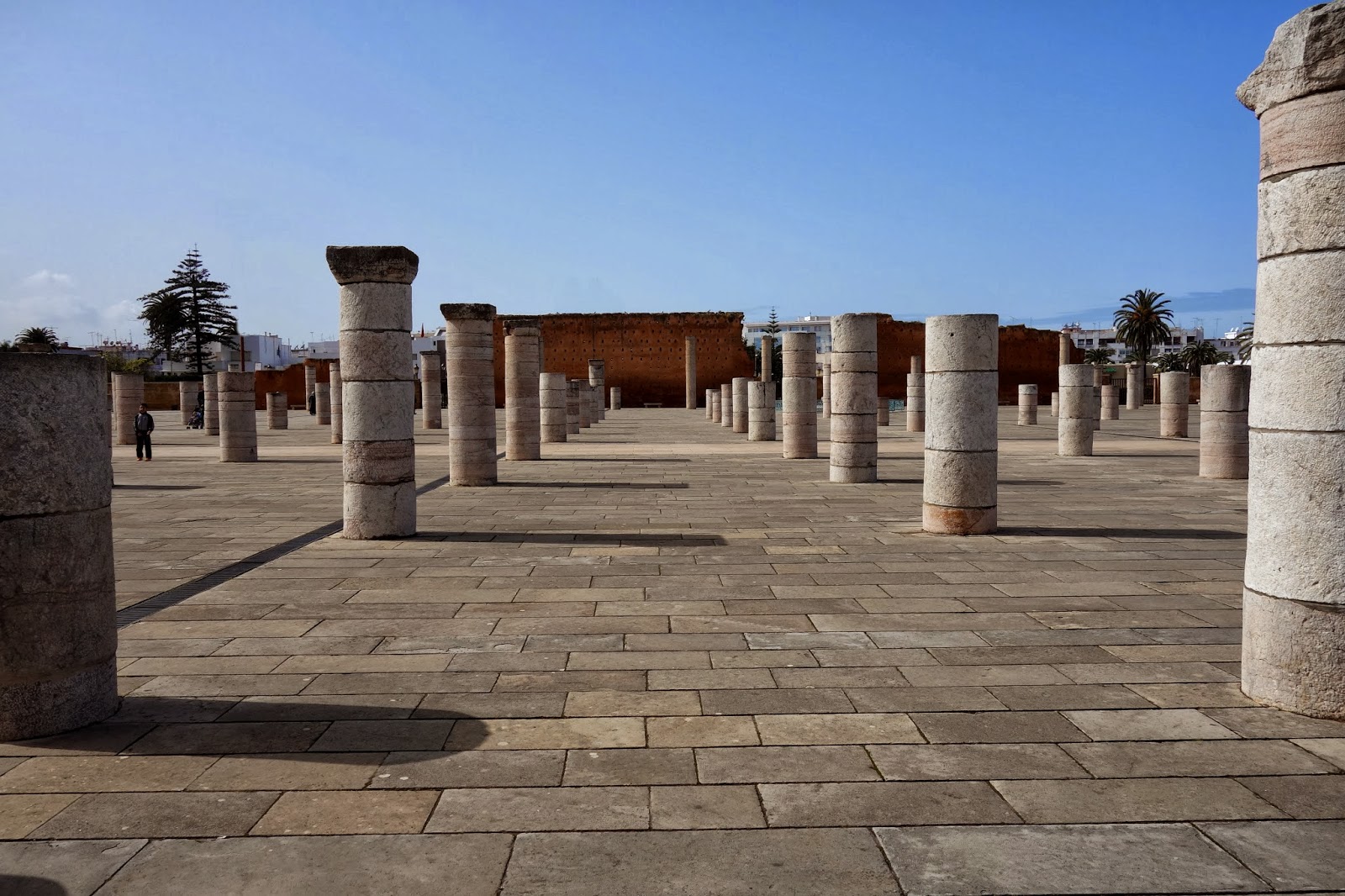 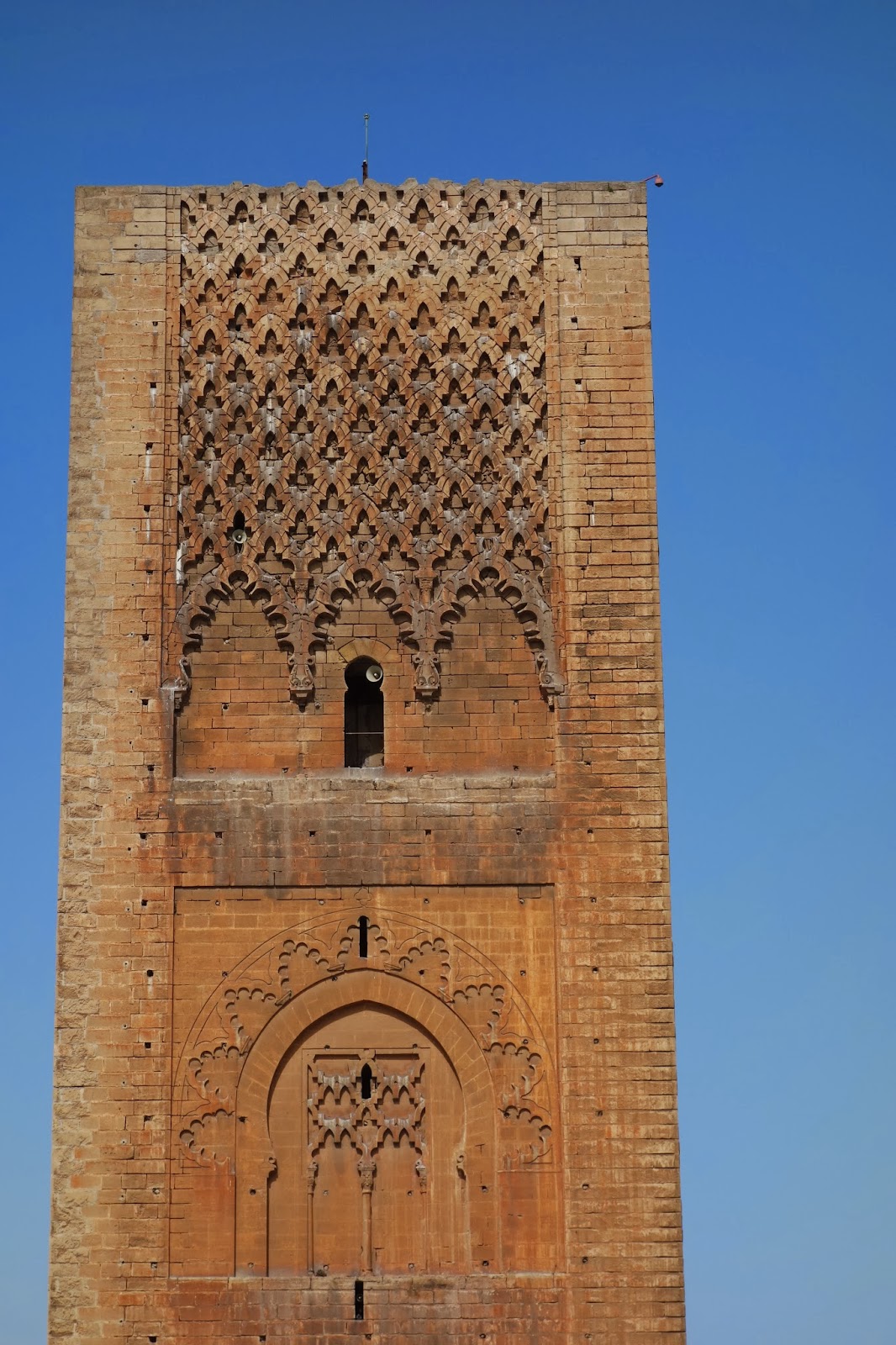 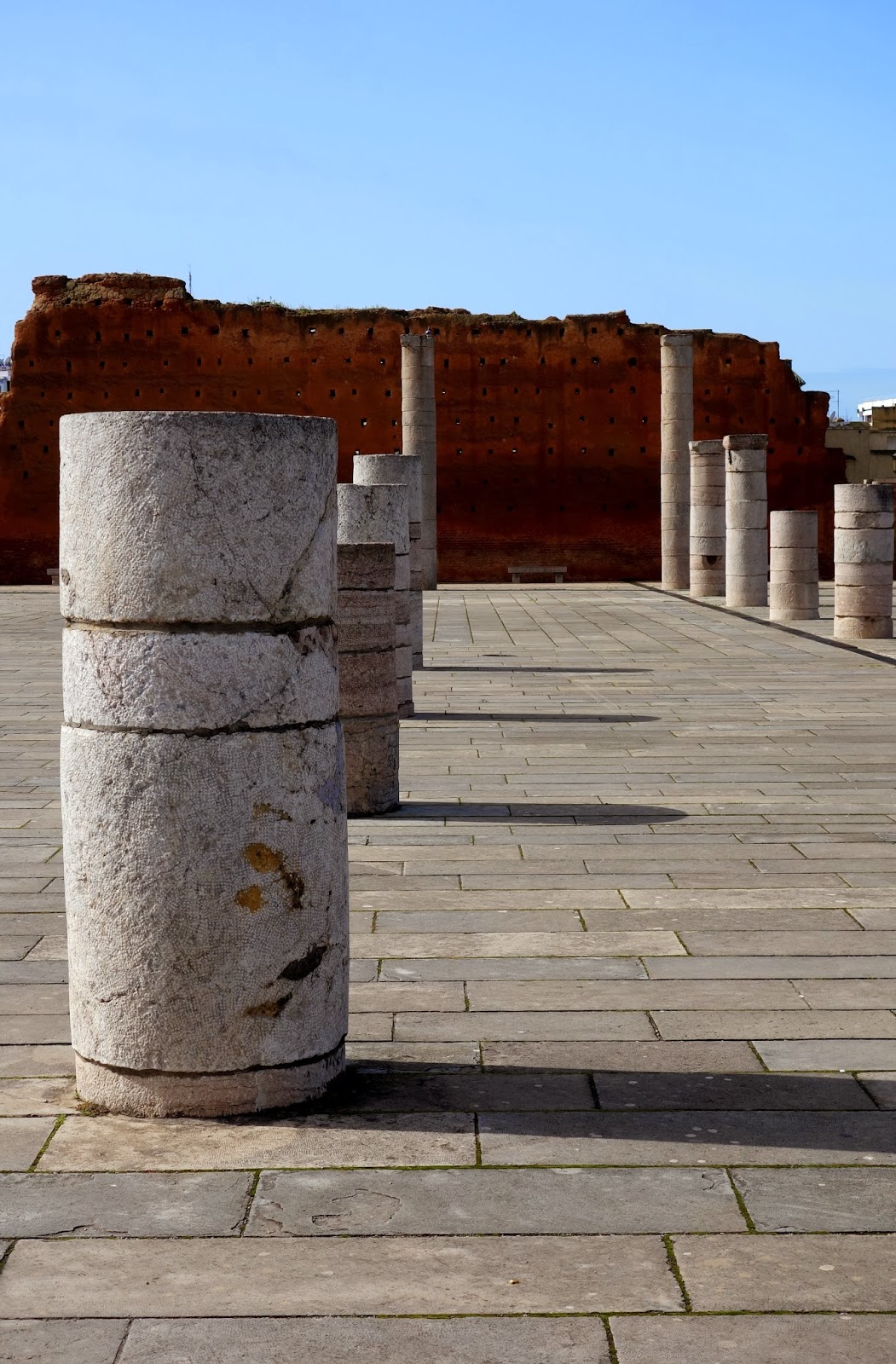 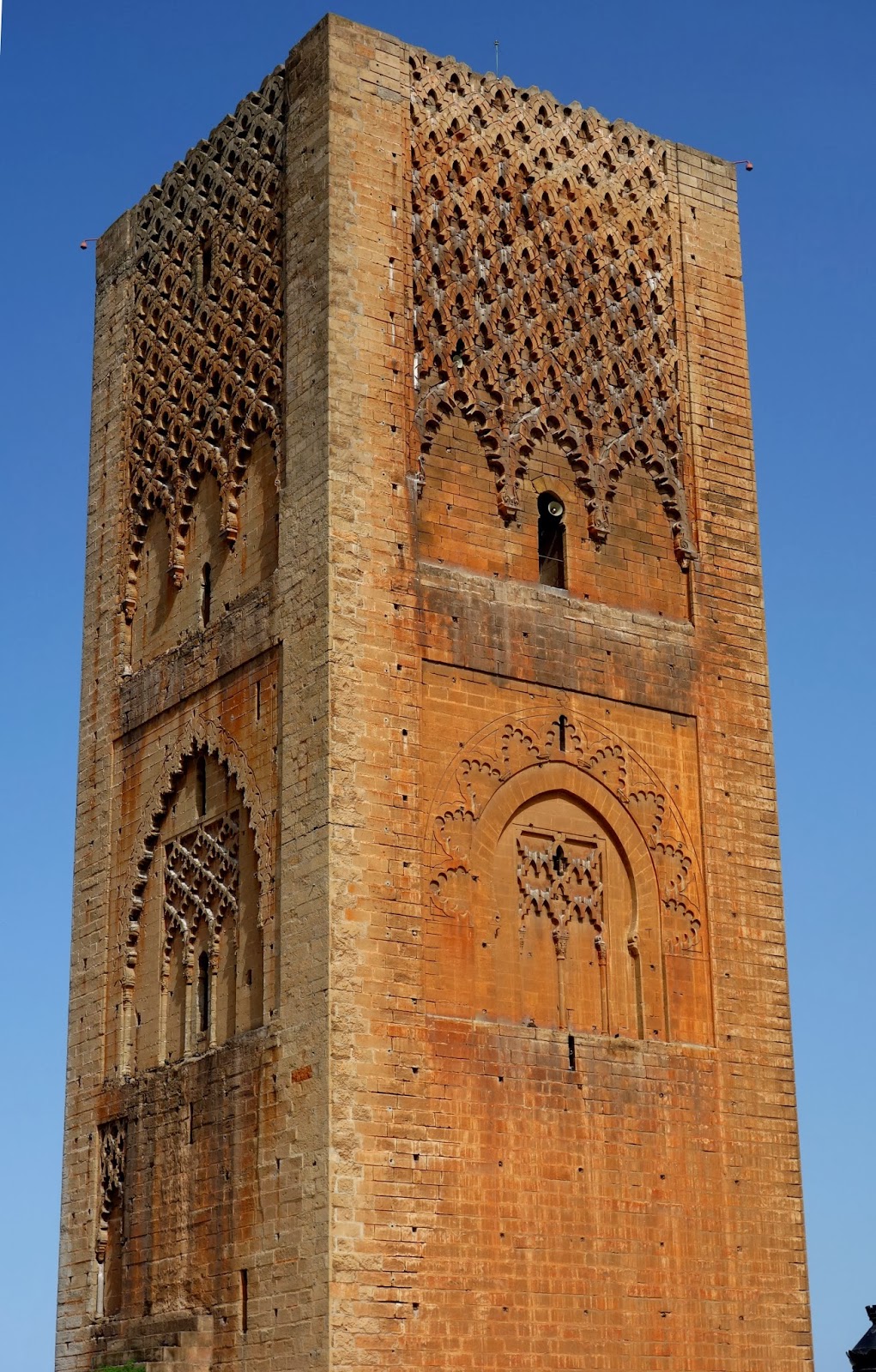 a view of the mausoleum across the plaza- 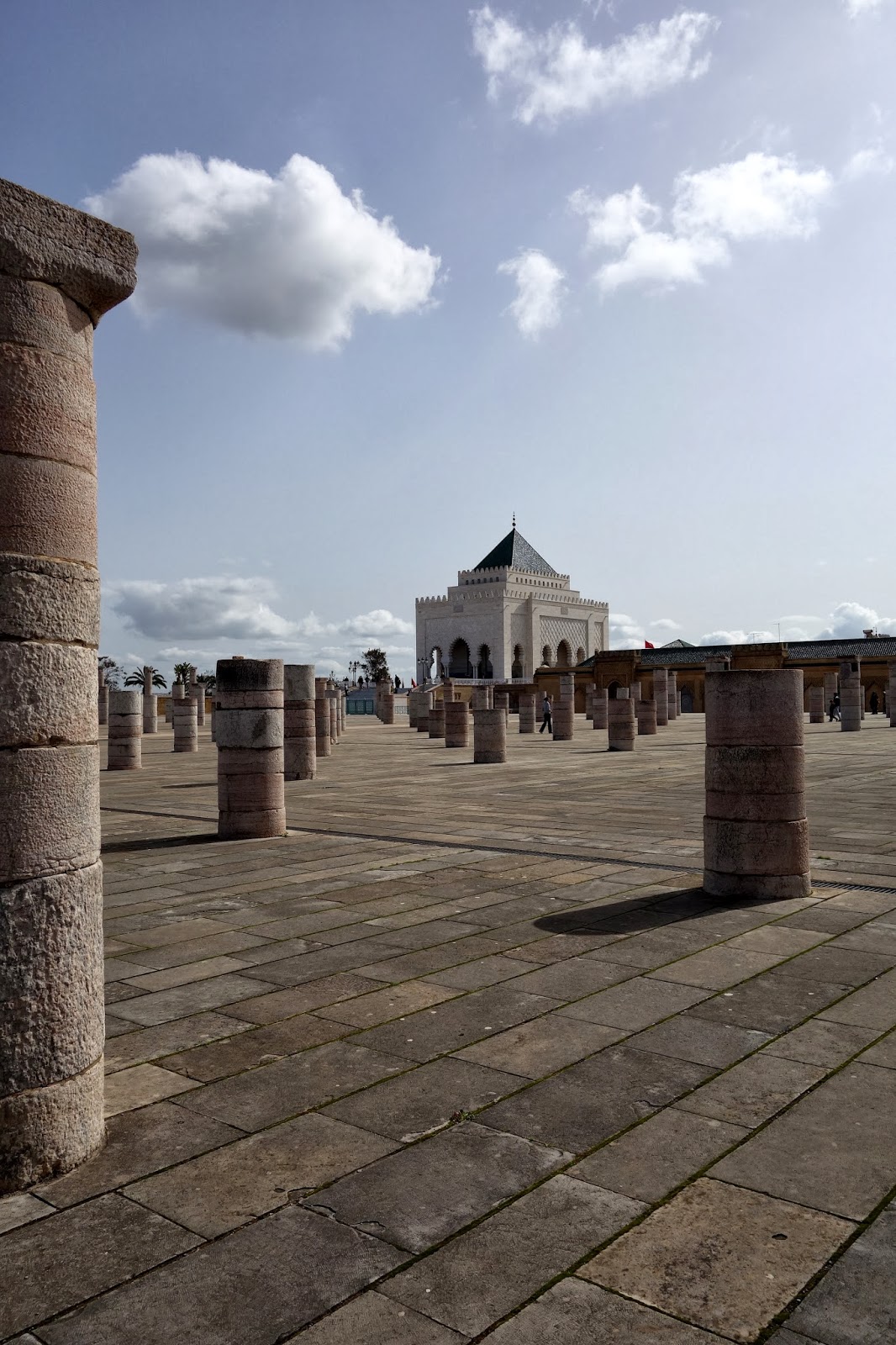 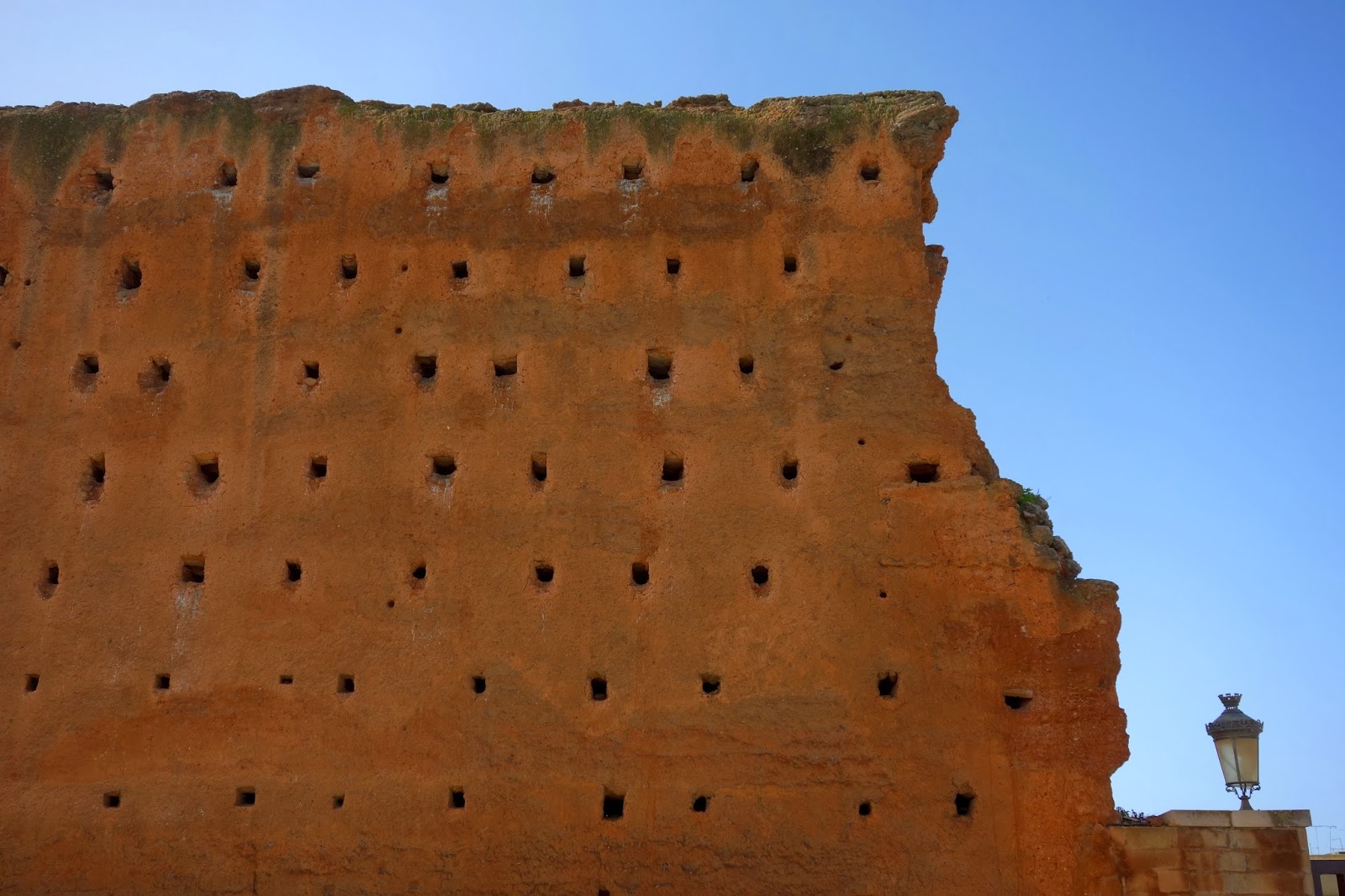 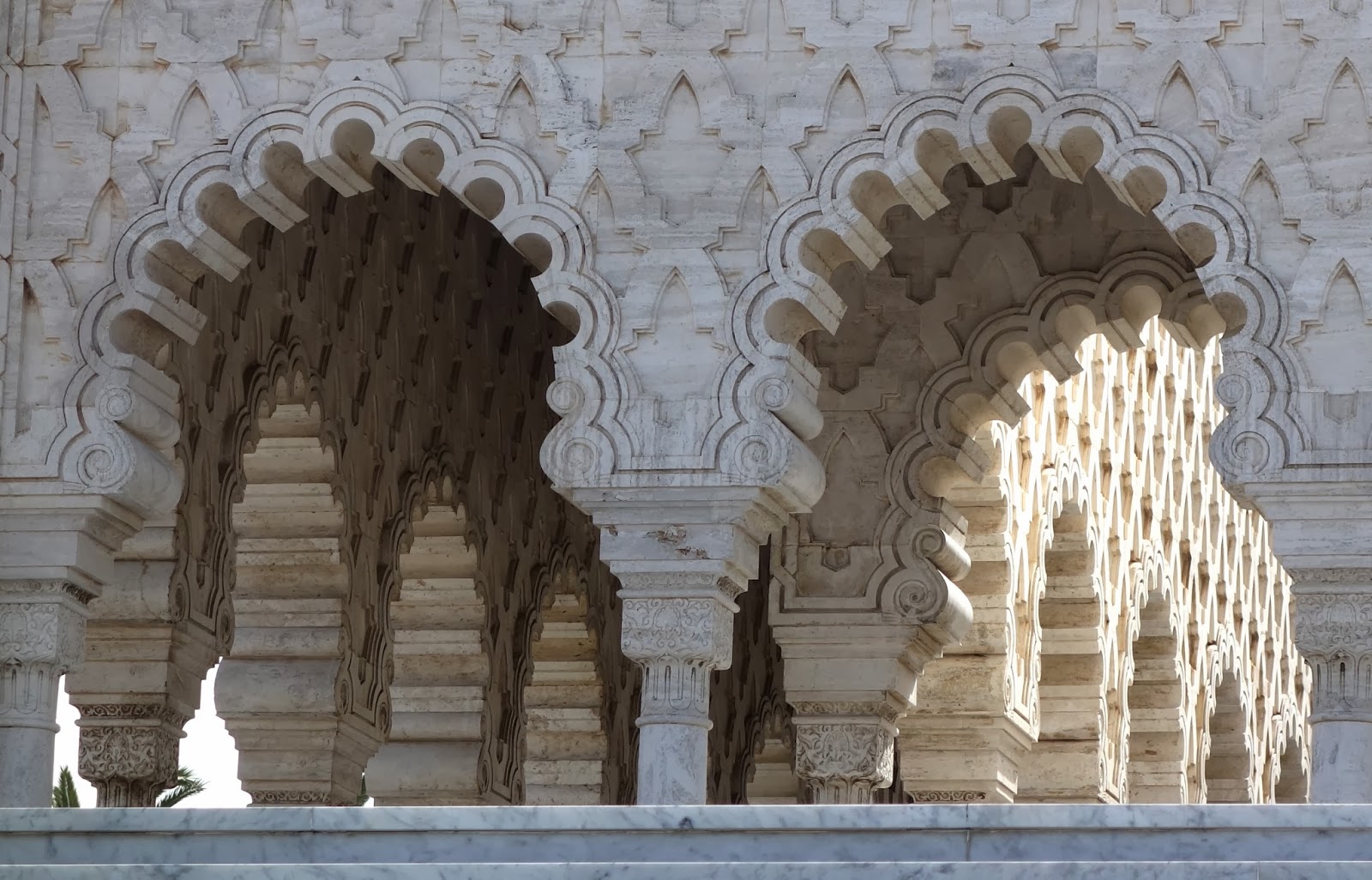 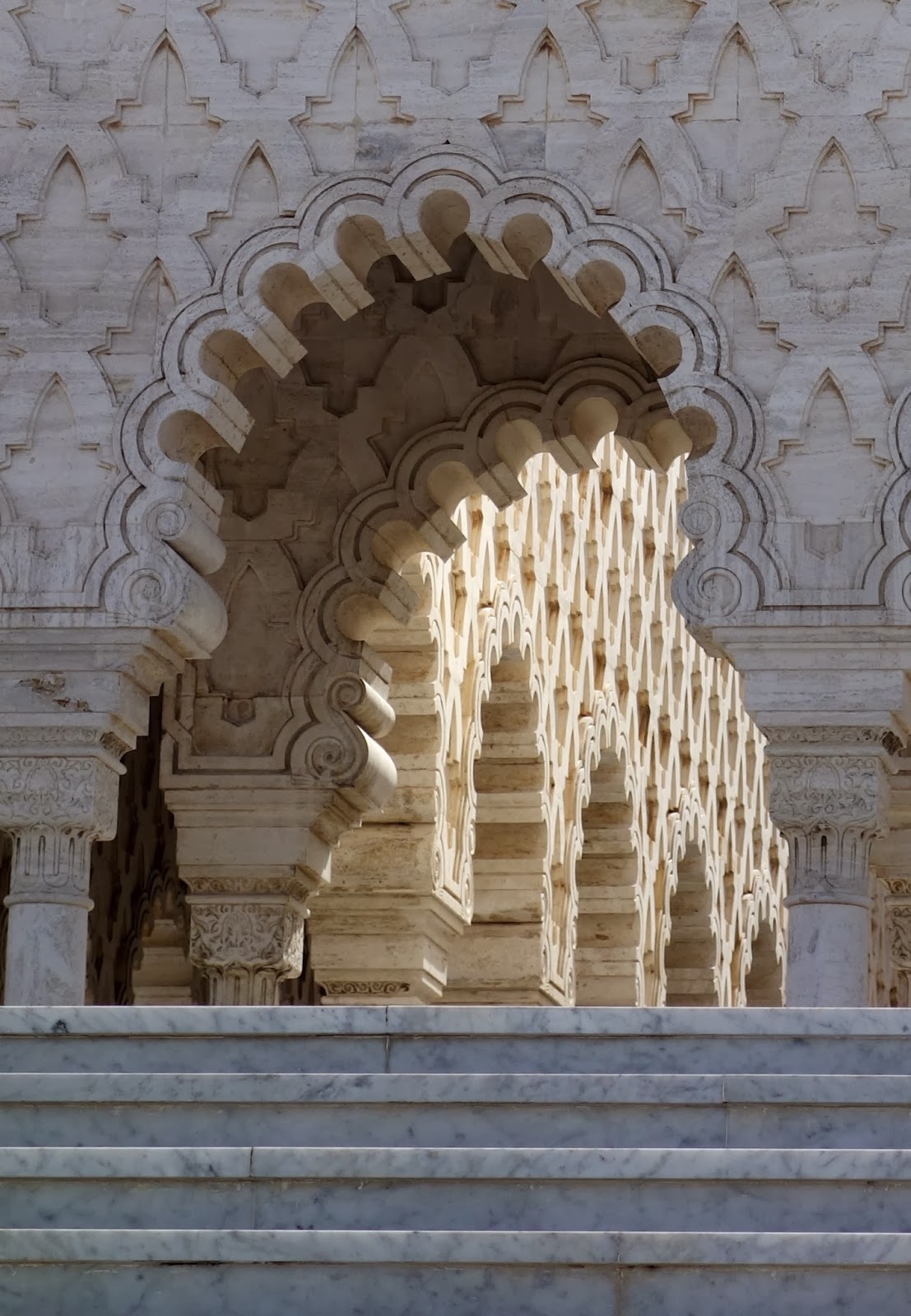 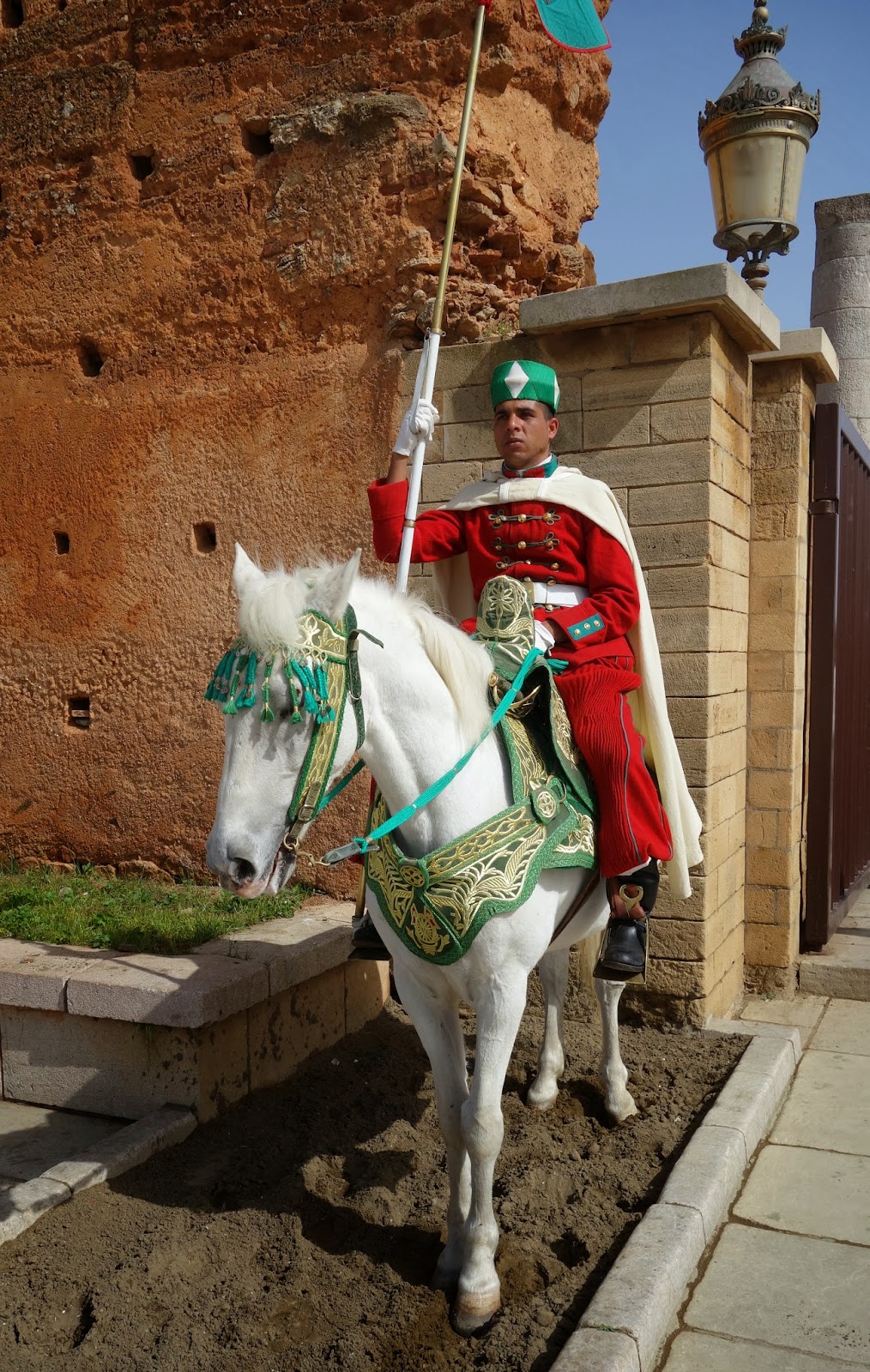 next on to the Rabat kasbah! another gem!
Posted by TOR at 10:43 AM