anyone who has visited France with regularity knows that they have strikes for any and all reasons.  one year we went to Saint Chapelle on the Ile de la Cite only to find it closed because the ticket takers were ON STRIKE! - and although this is a slight digression - my photo post on AFAR of "heaven on earth" is one of my most popular posts - here is the photo 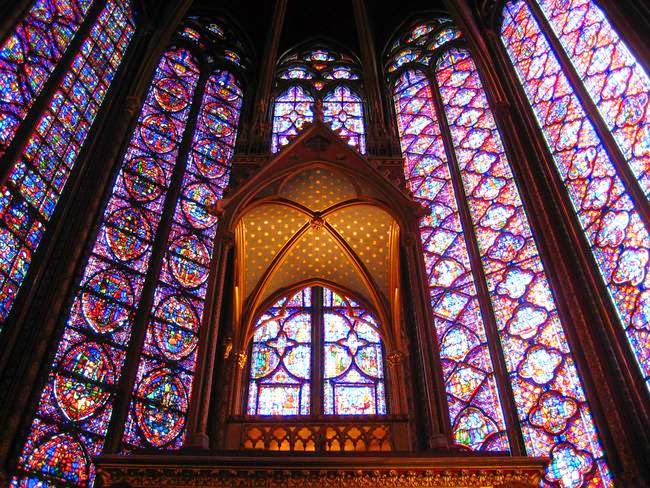 and here is the blurb -
heaven on earth

This exquisite jewel box of a chapel is located inside the Conciergerie on Ile St.Louis in the middle of the Seine. Seek it out. If you come to Notre Dame, you are steps away. It is tiny and well hidden, but worth the effort to find. There are actually two chapels: one downstairs (servants' chapel) and this one upstairs with its amazing masterpieces of stained glass for the royalty.

but as I said- I digress- because this is about the strike called for the Monday we were to begin our canal cruise on the barge Adrienne...the crew warned us that our departure time may be affected by the potential strike and that we would have to be flexible with the schedule.  On Monday morning just after breakfast Chris reeled in the ropes where we were moored for the night in the Dijon marina near lock 55 and we head towards lock 55.  breakfast and coffee had been provided to the lock keeper to help ease our way. However it wasn't clear that we would go through until we pulled into the lock and the lock keeper came to close the gates behind us.

as we approach the first lock (55) you can see the lock keepers waiting for us on the top of the gates that will close behind the boat- they tuck into the side walls of the canal ... when we enter and Chris ties to the side of the wall, the lock keepers close the gates behind us and then go to the other end to start the release of water. Chris has the rope around two posts in a manner that allows him to give the rope slack as the boat is lowered within the lock. 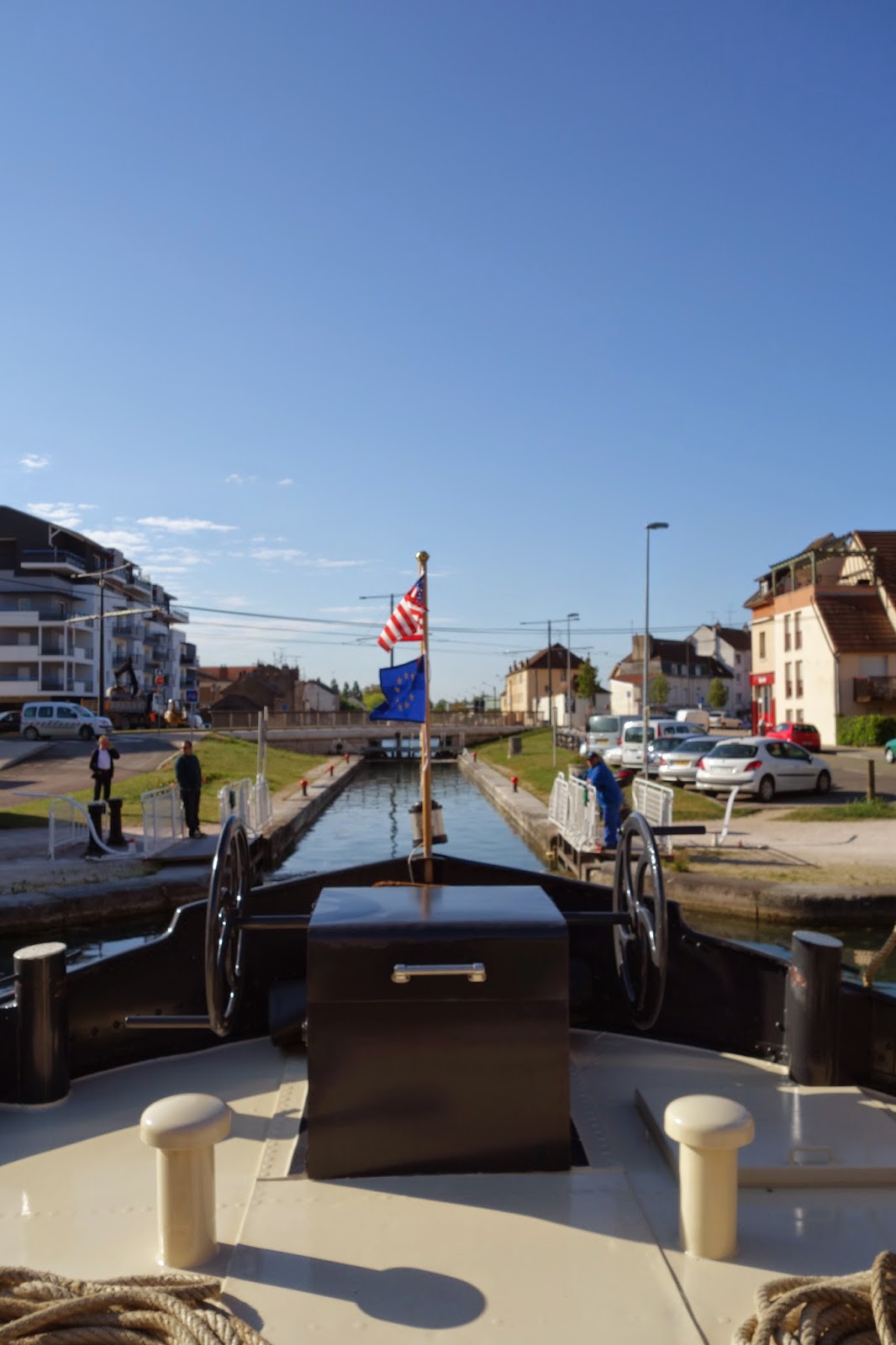 moving into the lock- 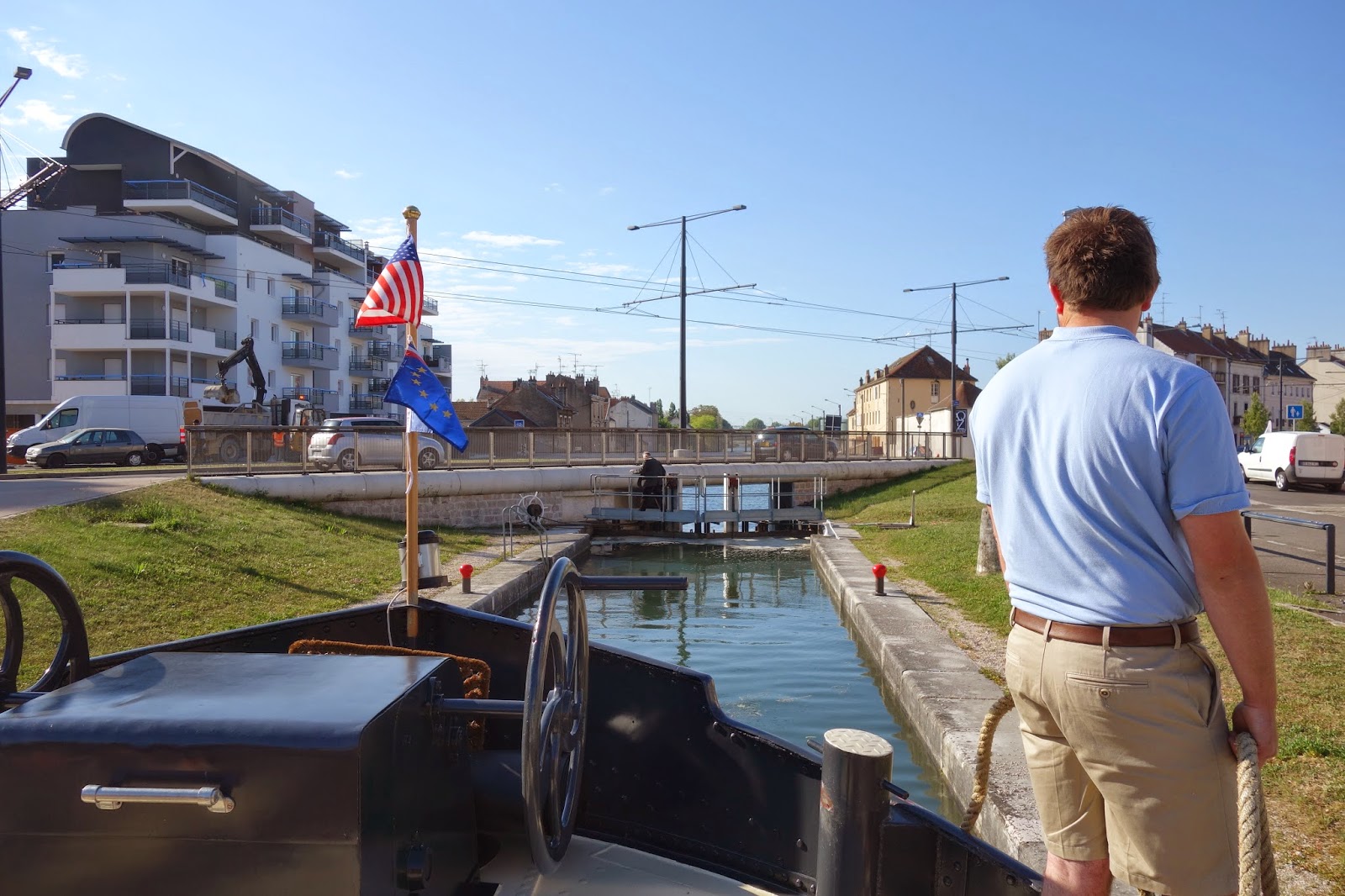 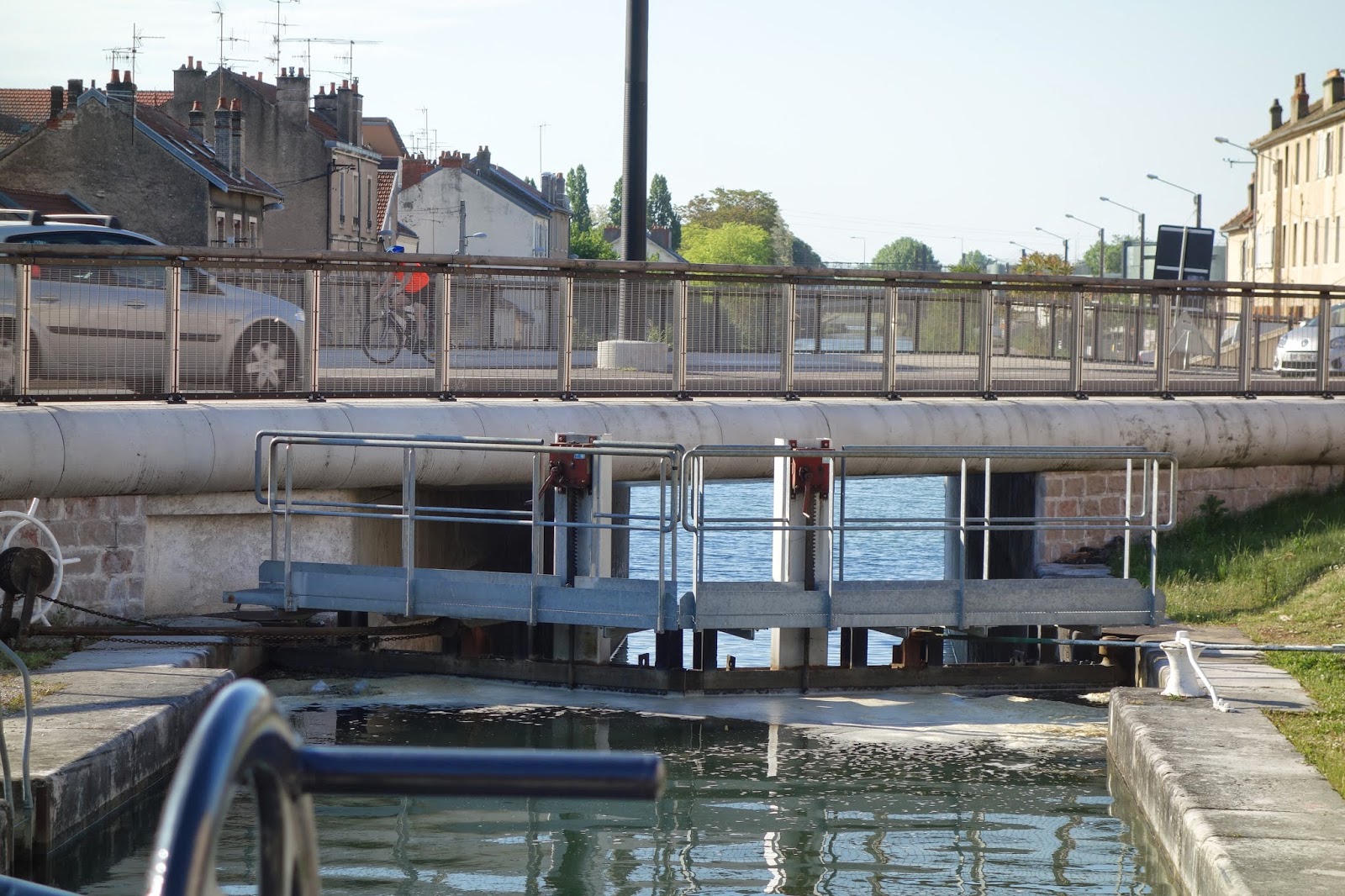 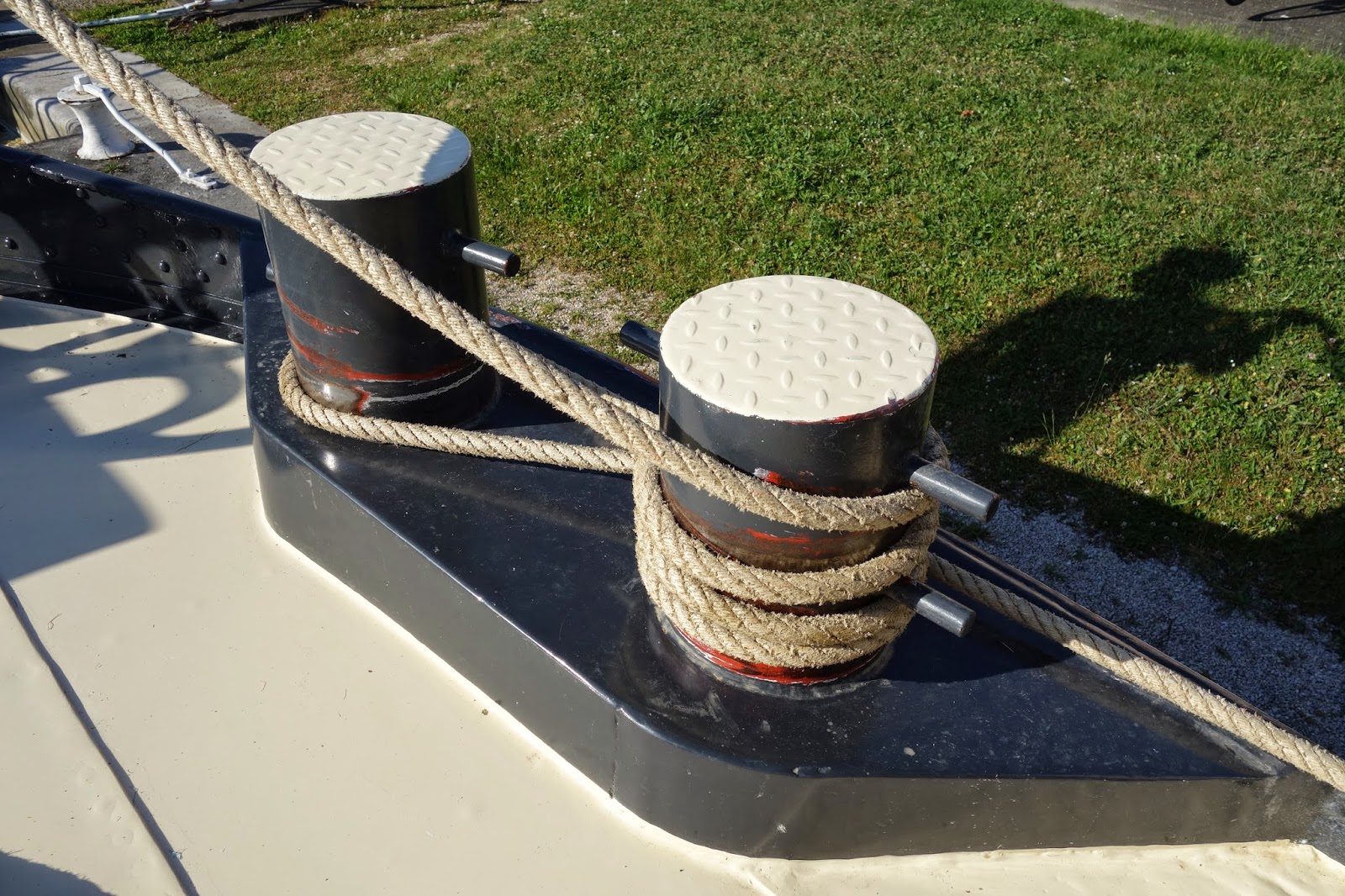 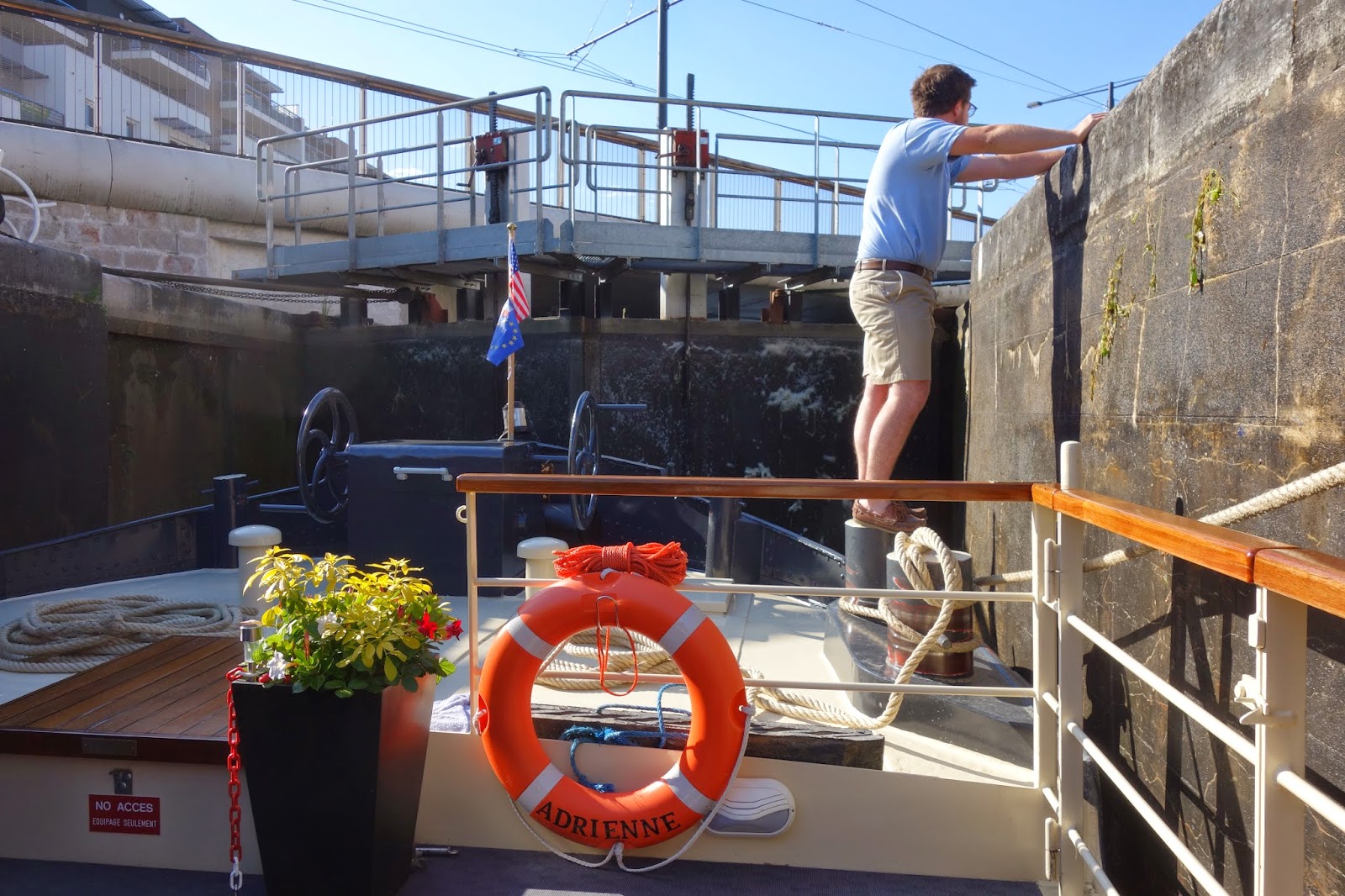 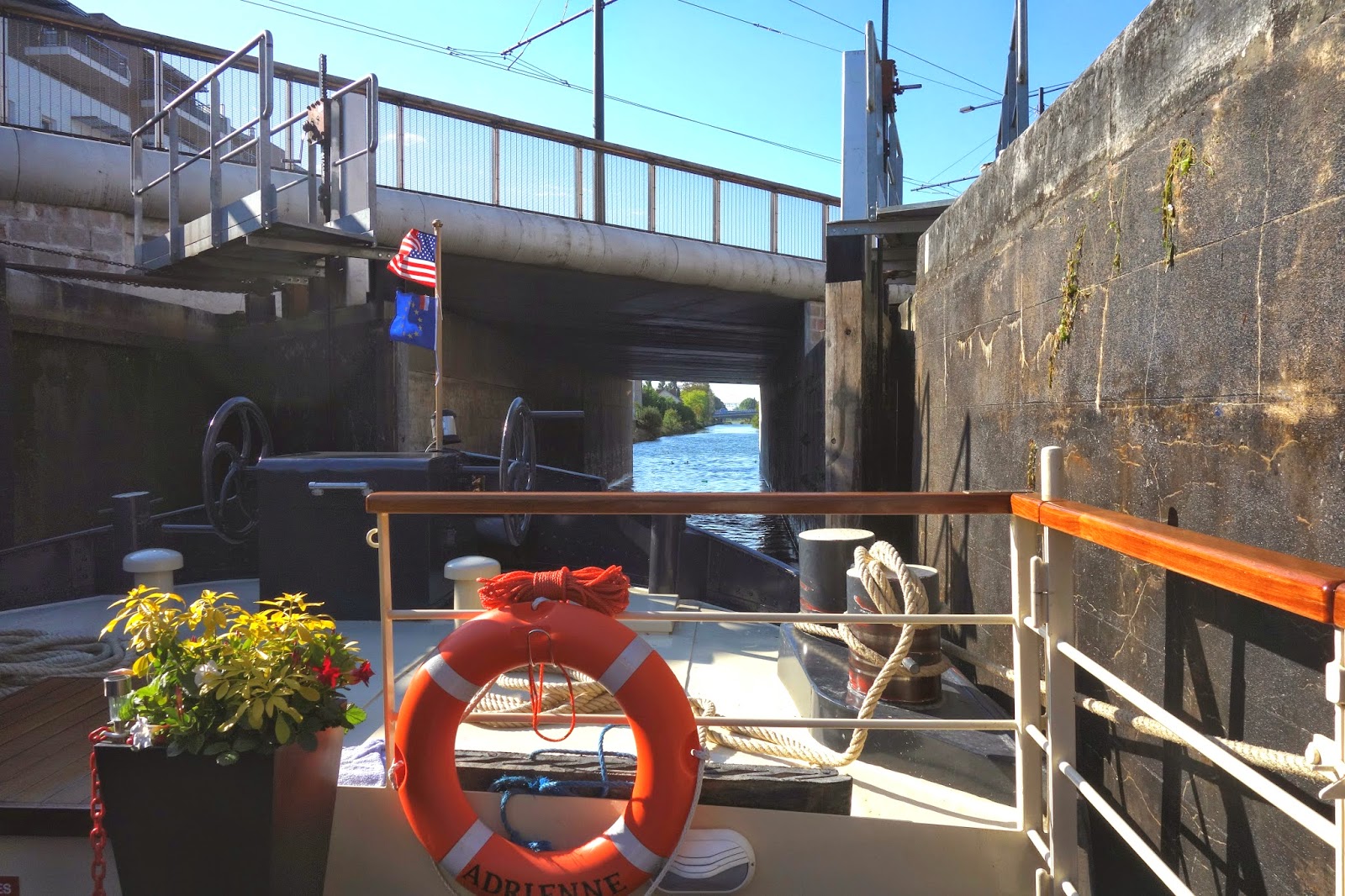 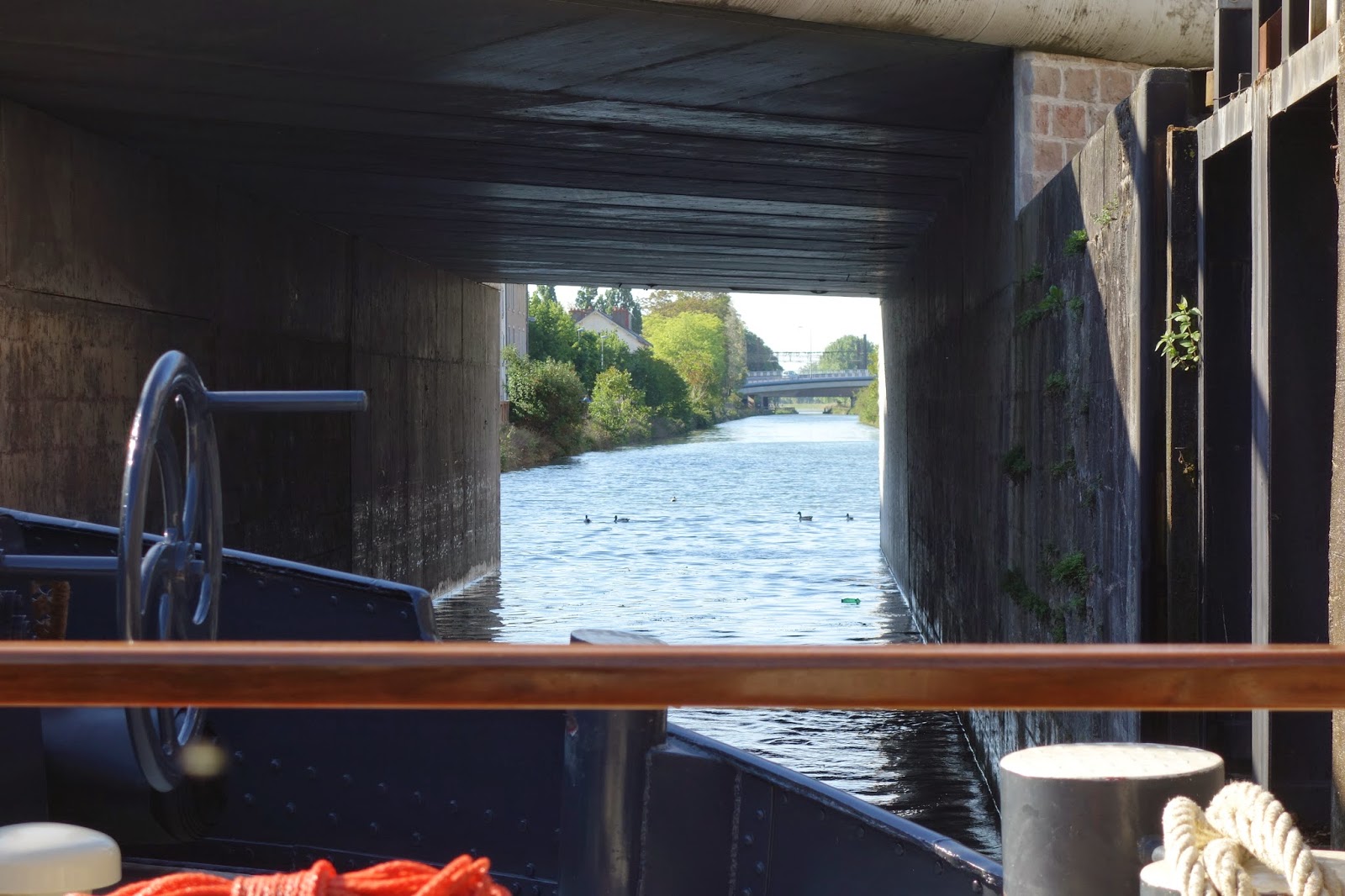 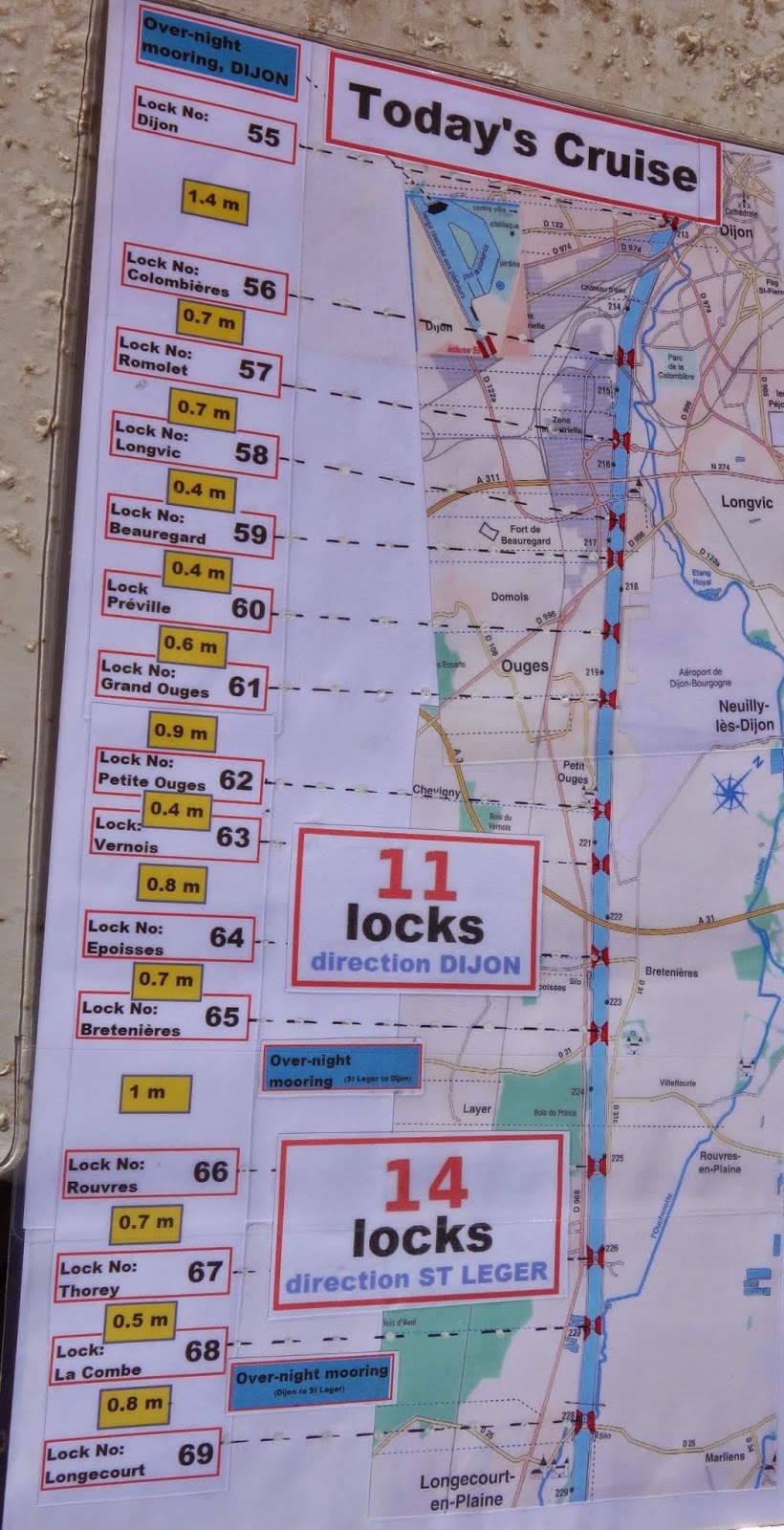 the next post will be things we saw along the way up and - YUM - our first lunch of Cyrille's amazing buffet with THREE delicious salads and two mains! oh and did I forget to mention the cheeses? - LOL

Oh - PS- there was no strike - Stephane said they had already been on strike three days that month and since (unlike in the past) they no longer were paid for the time they were on strike - most could not afford to miss more than three days pay in the month.  This obviously works to the advantage of those traveling in the second half of the month as we did...
Posted by TOR at 9:03 AM