Continued Ontario trip along lakefront; tonight’s intended destination is Wawa.  Hard to say goodbye to the Strathcona Motel, but we have miles to make.  Breakfast at Hoito, a ‘Finnish-Canadian restaurant in Thunder Bay, Ontario, Canada established in 1918 and housed in the bottom floor of the historic Finnish Labour Temple, now in its 91st year.  Yes, we had the Finnish pancakes and for my money they were excellent.  Full house on a Saturday morning, but we arrived shortly after opening and grabbed a table with no waiting.  This was a high point DART dining experience for TB; felt like I was in a church basement circa 1962, expected Grandma Glick to make an appearance at any time.

The circle tour today went through many small towns today that did not have much appeal for us (we wondered if it were the same for local residents).  Had an OK lunch in White River, a former Canadian Pacific Railway town whose rail yards and crew dorm now sit empty.  The town park features Winnie the Pooh sitting in a tree (a local connection there), and perhaps one of the sadder visitor centers aka museums along the route.  No need to dawdle; on to Wawa – only 60 miles to go!

Ah yes, Wawa.  As we rolled up to the visitor center to see the big Canadian goose, we learned that the annual drag race was in fact being held today, on the Wawa airport facilities.  Fortunately, our motel was at the other end of town.  Unfortunately, the Mystic Isle Motel dropped the ball on the ‘confirmed and guaranteed’ reservations, and had only one room for us.  After some back & forth with the woman of the house in a fashion worthy of an SNL skit, we gave up and explored other Wawa options.  The only place in town that appealed to us was full, so …

After weighing our options we decided to press on to Sault Ste. Marie, Ontario for the night.  VJS made reservations online, we visited Tim Horton’s for jolts of sugar and caffeine, and hit the road about 5:30 pm. Distance to go - 141 miles; about 2.5 hours.  This was not a particularly challenging logistics change as road trips go.  We were sufficiently energized, we would be driving during a beautiful part of the day (slanting sunlight from the west; rising near-full moon in the southeast), and we'd be traveling through some of the most remote territory of the circle tour.  Our hearts were not broken by leaving the drag racing events behind.  As it turned out, we also had some of our best Lake Superior views of the trip.  [We were coming to realize that while we were indeed driving around the edge of the lake, we really didn't get to see the lake all that much due to thick tree cover.]

Arrived SSM a little after 8 pm.  The Microtel was particularly welcoming and by virtue of the fact that it had only been open for a couple months, everything smelled new and functioned as intended.  Plus Tor’s new bff Patrick at the front desk made sure we knew everything one could possibly want to know about the hotel and the SSM area – why, he made TB stories sound brief by comparison : )  Ate at Sandro’s Italian family restaurant; credible.  Took the wandering scenic route back to the hotel via Wellington Street, which, over time, seems to head in each of the cardinal compass directions.  Back at hotel by 10:30 pm.  Long day, very tired.  Ready for a quiet sleep in a comfortable new bed.  Wasn’t disappointed.

I will expand a bit and of course offer photographic evidence of the state of things along Route 17...

We did leave the Strathcona and head downtown to Hoito for Finnish pancakes (yum yum- I am not a huge pancake fan but these were sort of a cross between a buckwheat pancake and a crepe- they certainly hit the spot that Saturday morning!) TB opens the door to the delightful Finnish breakfast... 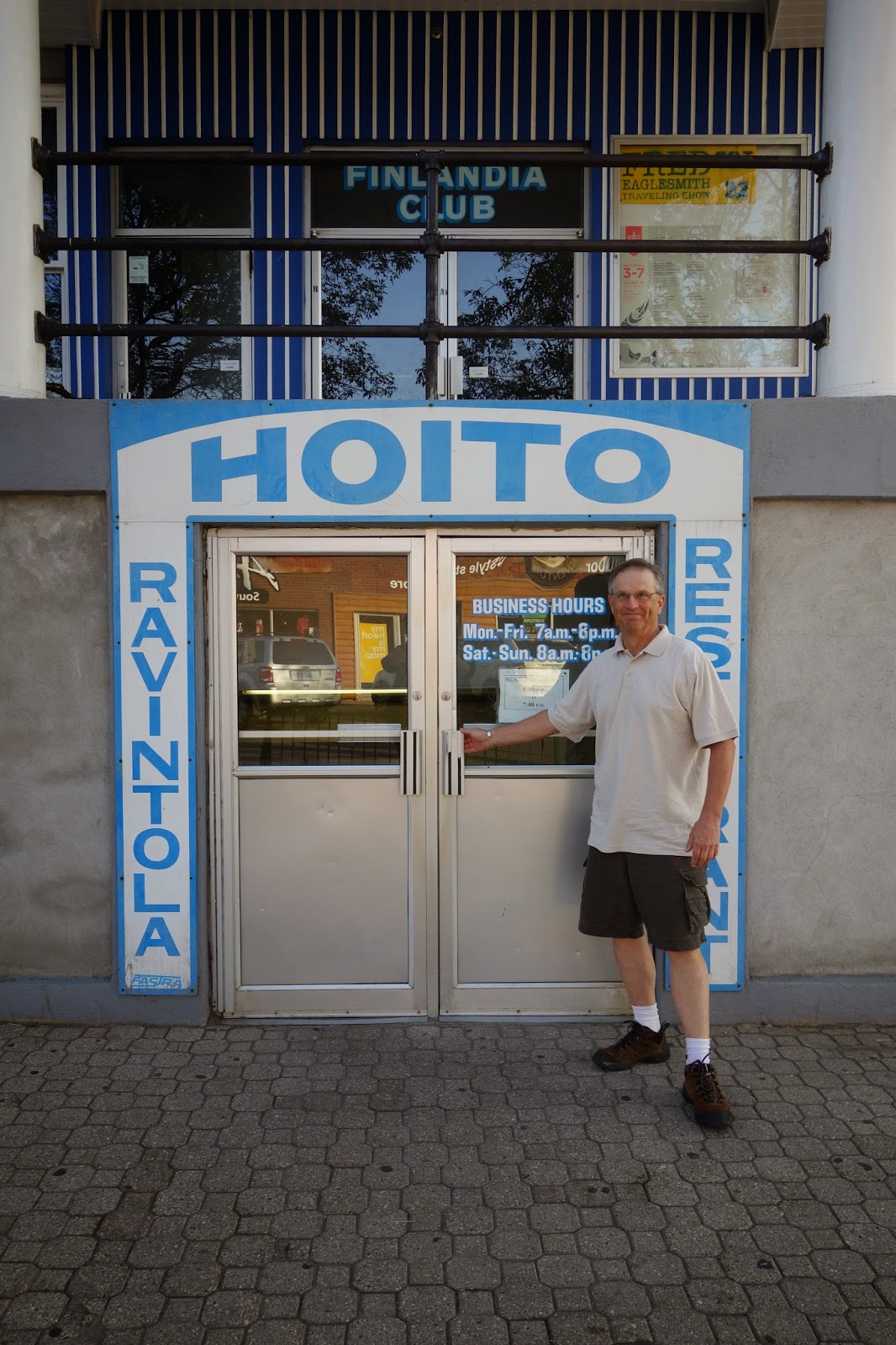 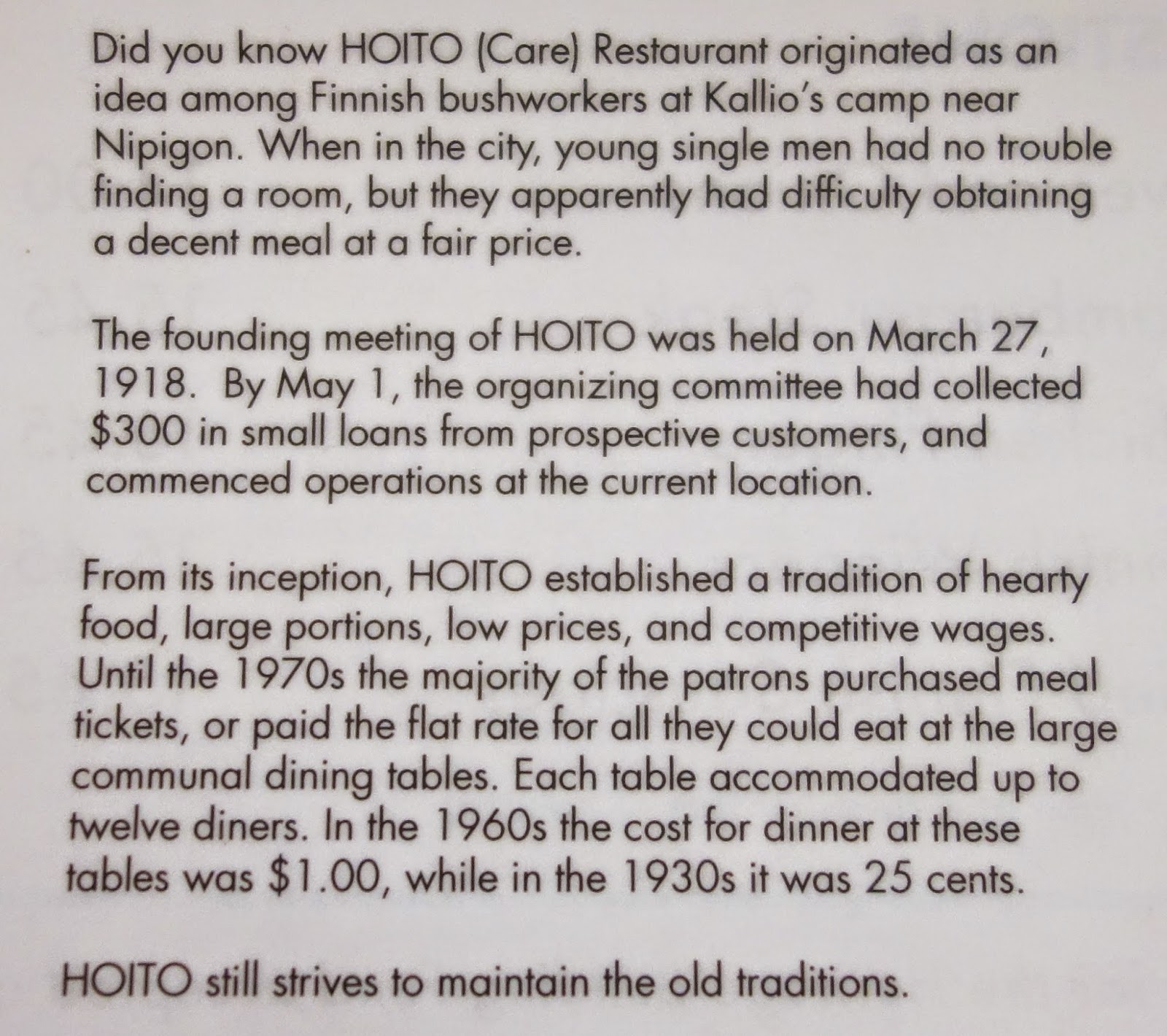 thought about ordering the Karjalon Piirakka but had no idea what would show up! LOL 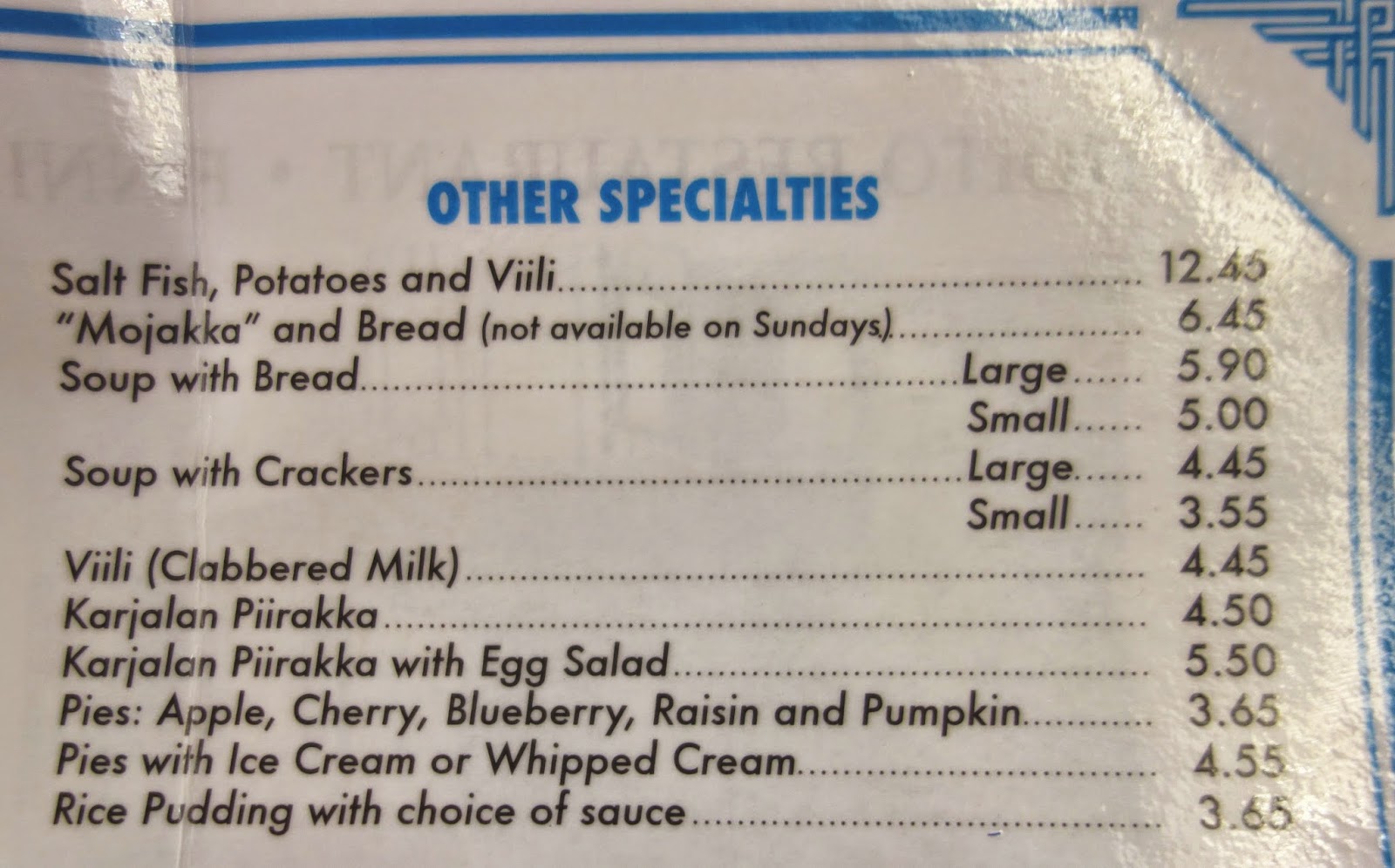 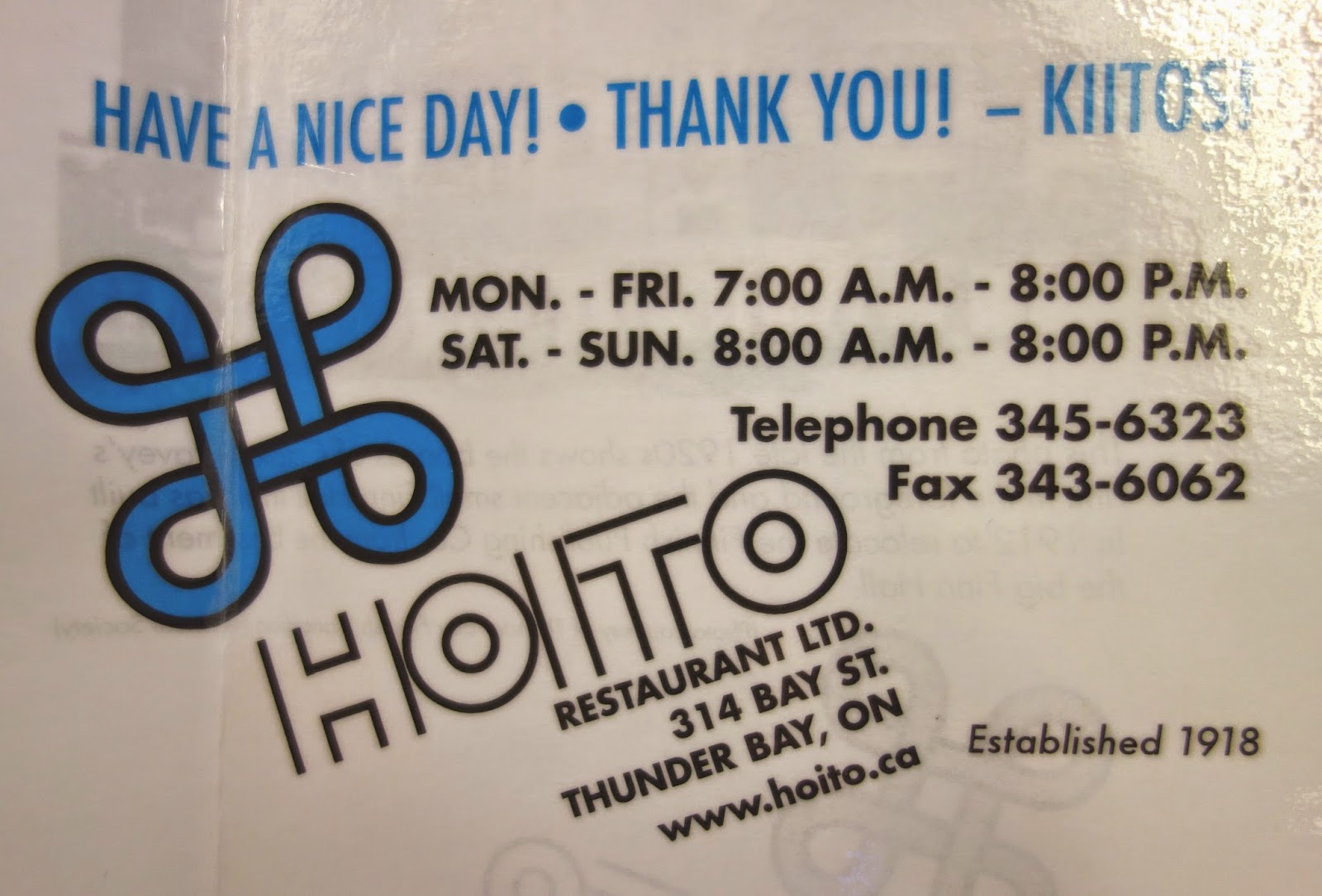 they didn't look so fab but they certainly tasted fab! 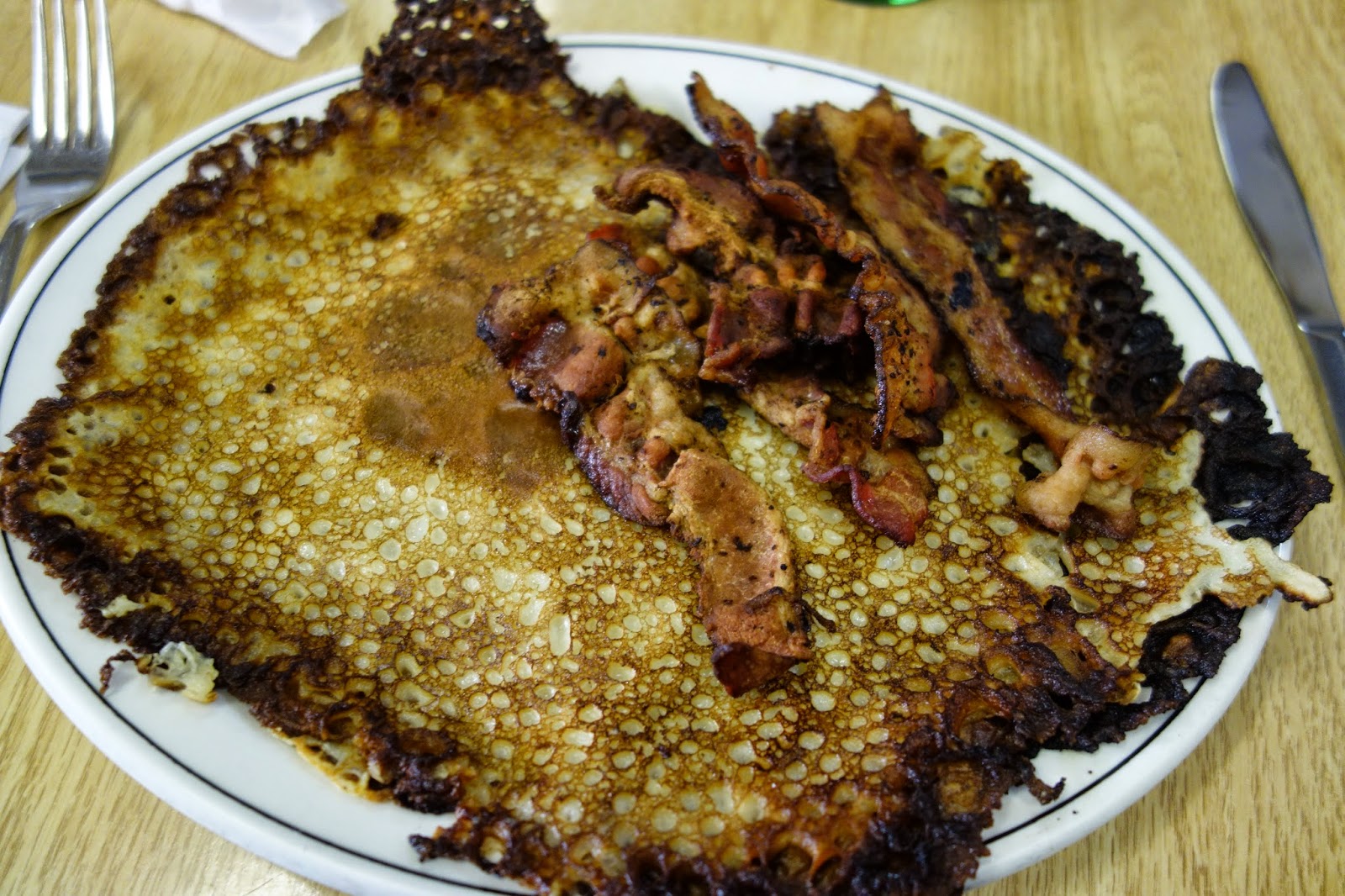 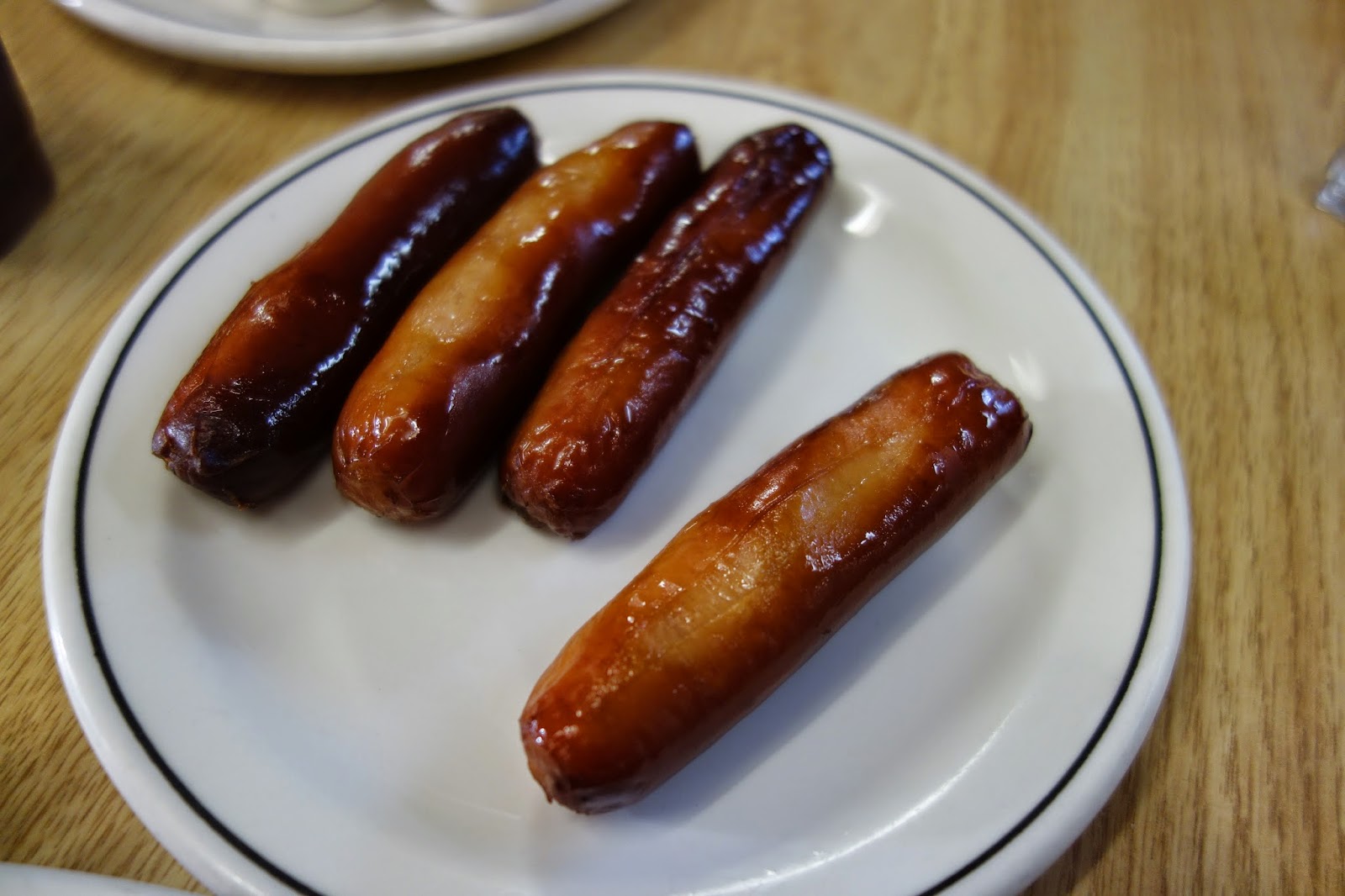 utilitarian decor - was all that we needed - 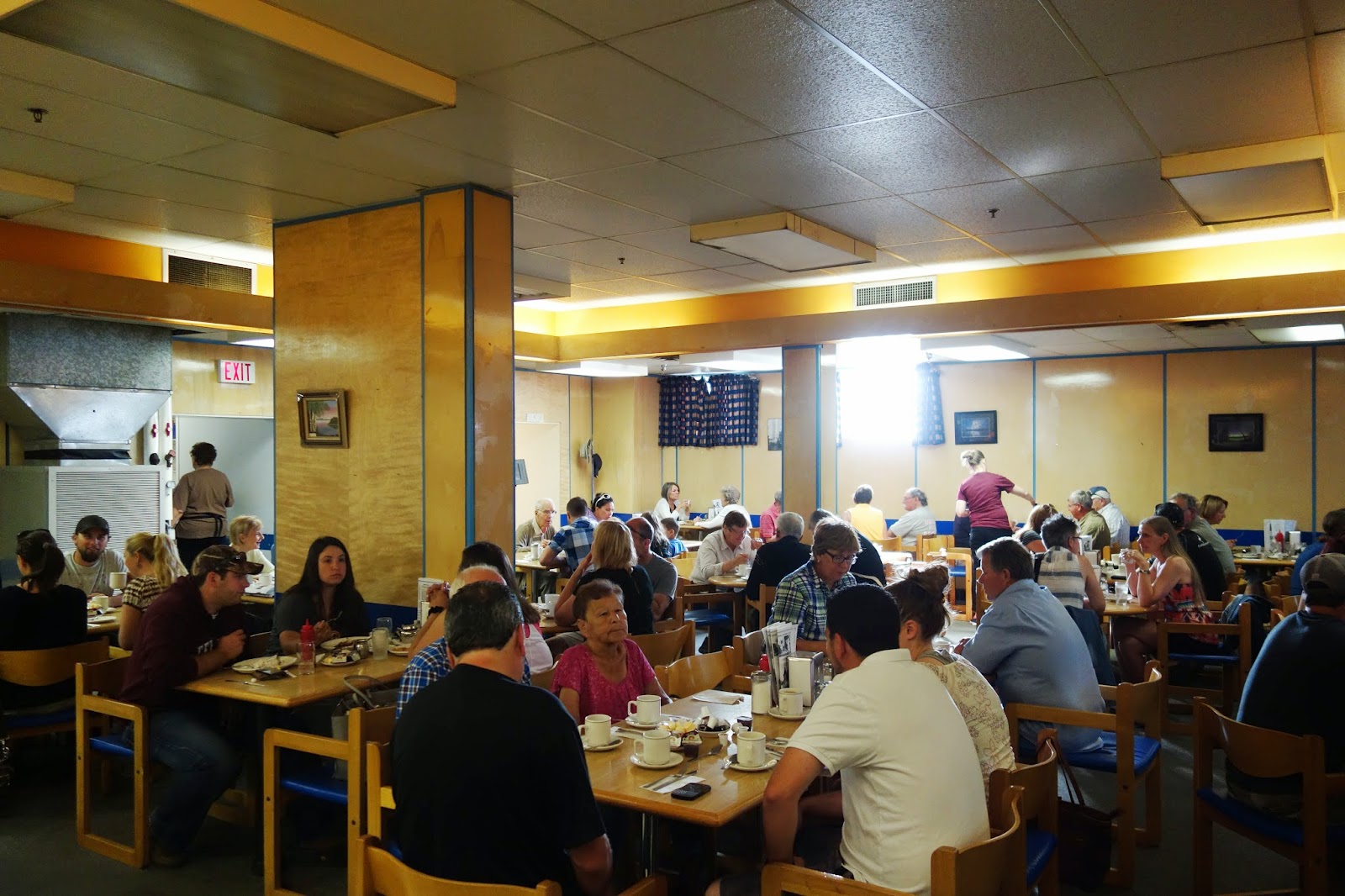 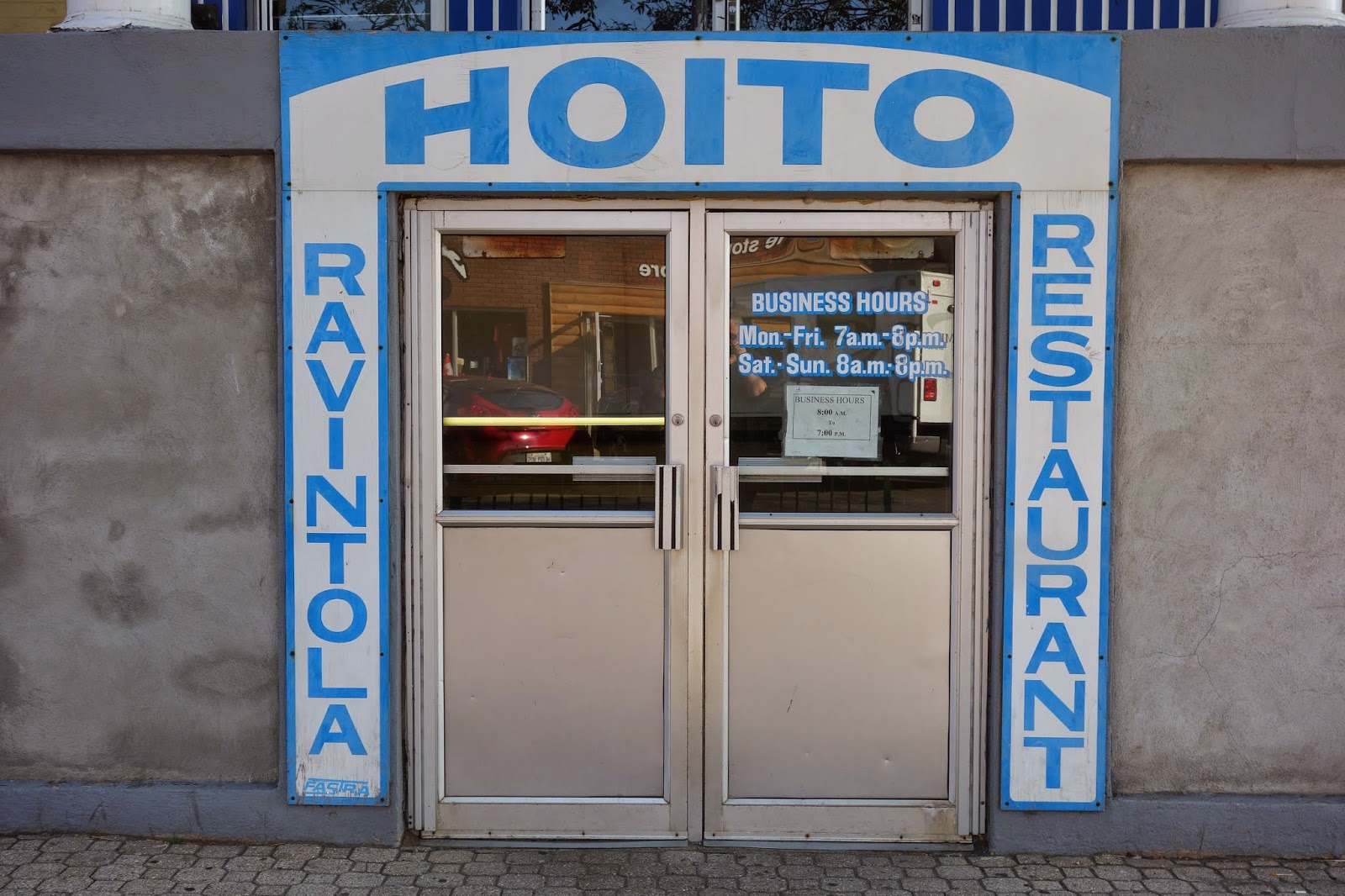 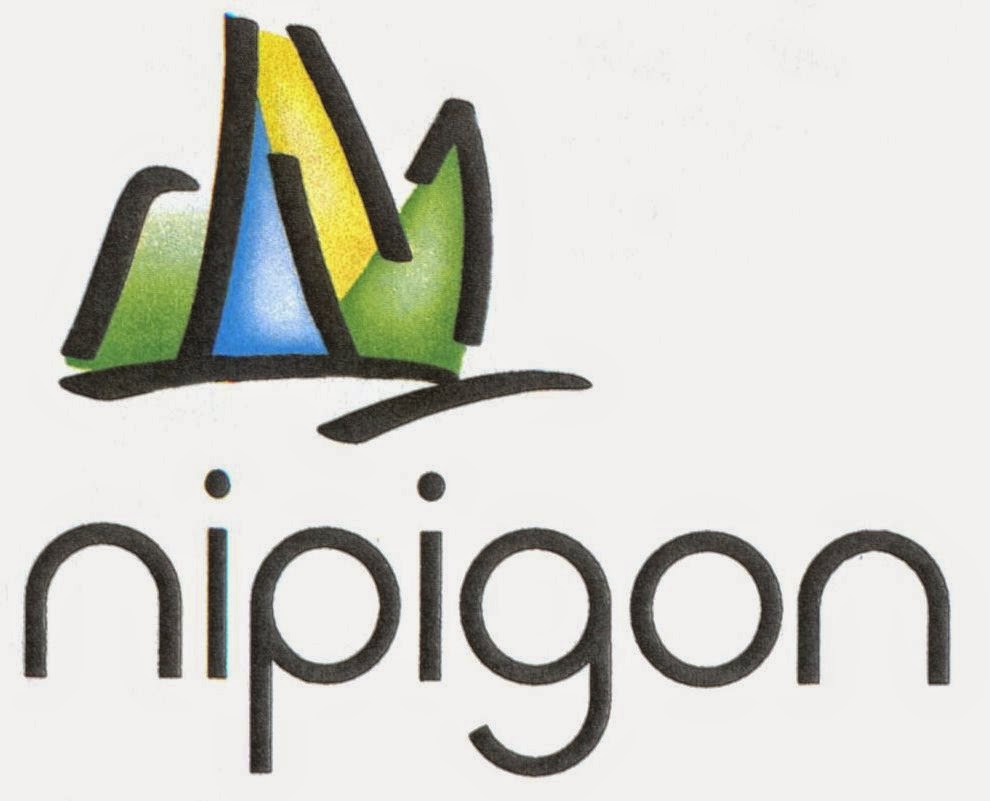 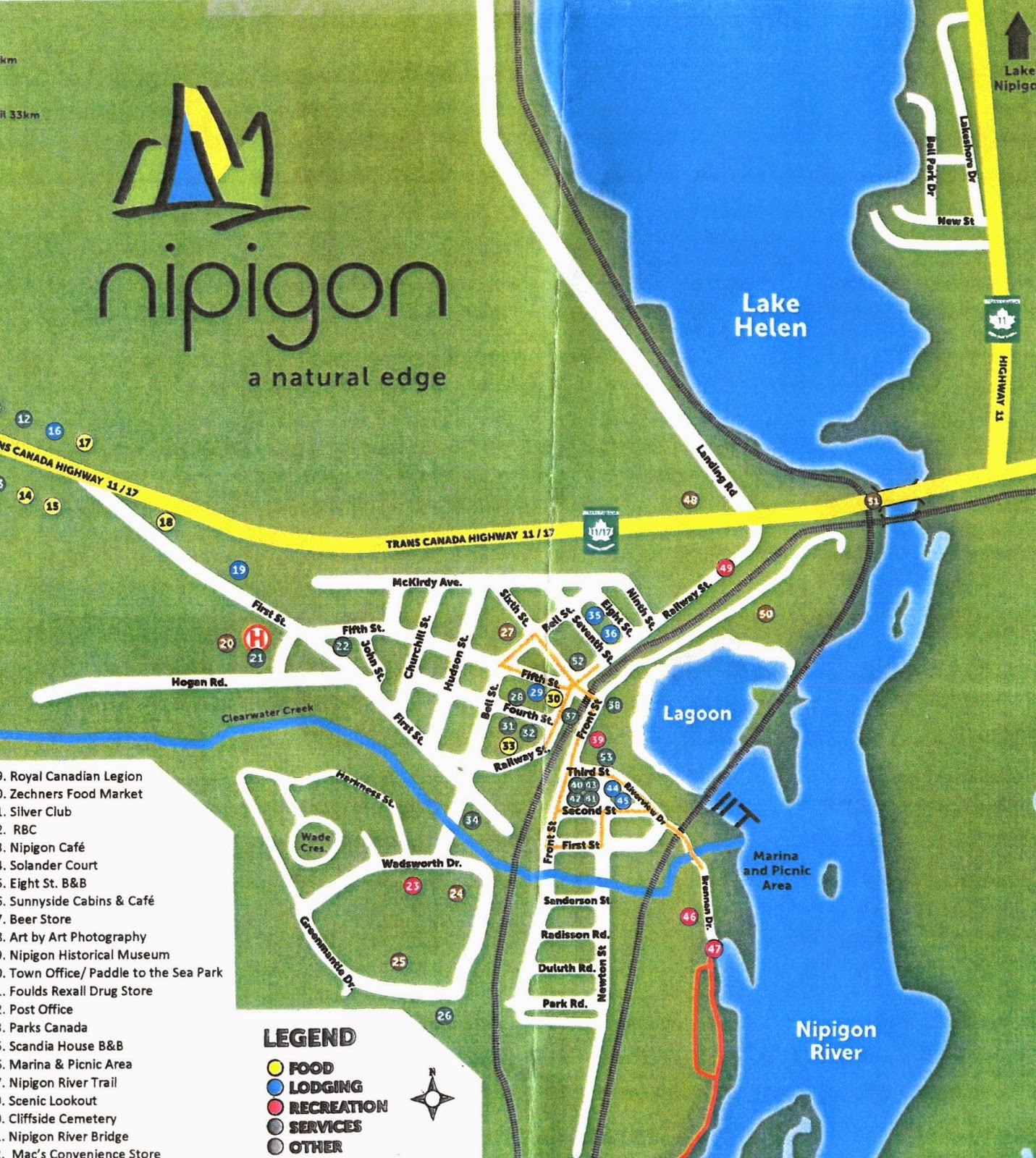 Then on to another less than stellar town Terrace Bay - we stopped for gas, a toilet stop and moved on quickly after photographing the only thing in town (fake-ish light house) 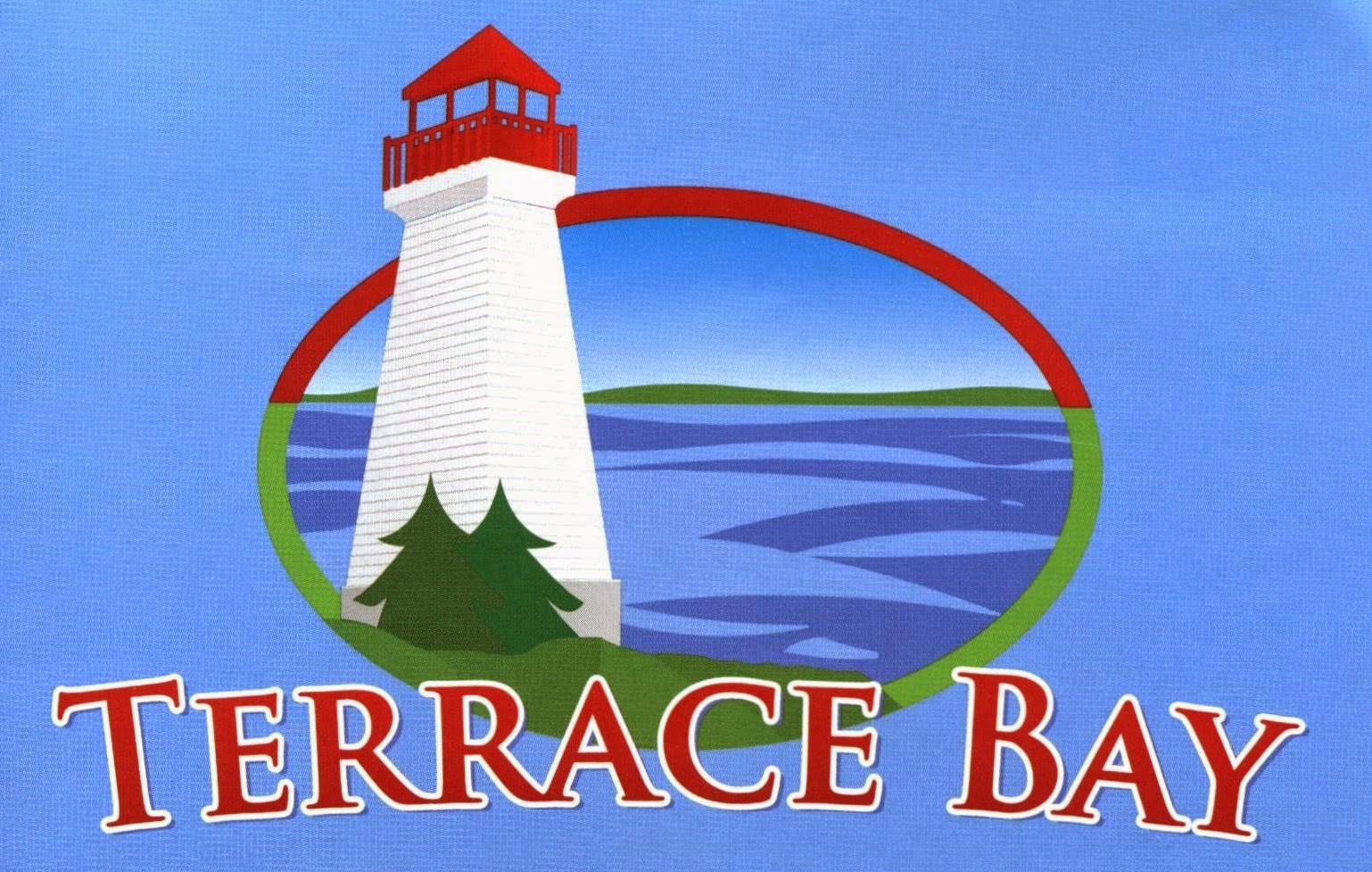 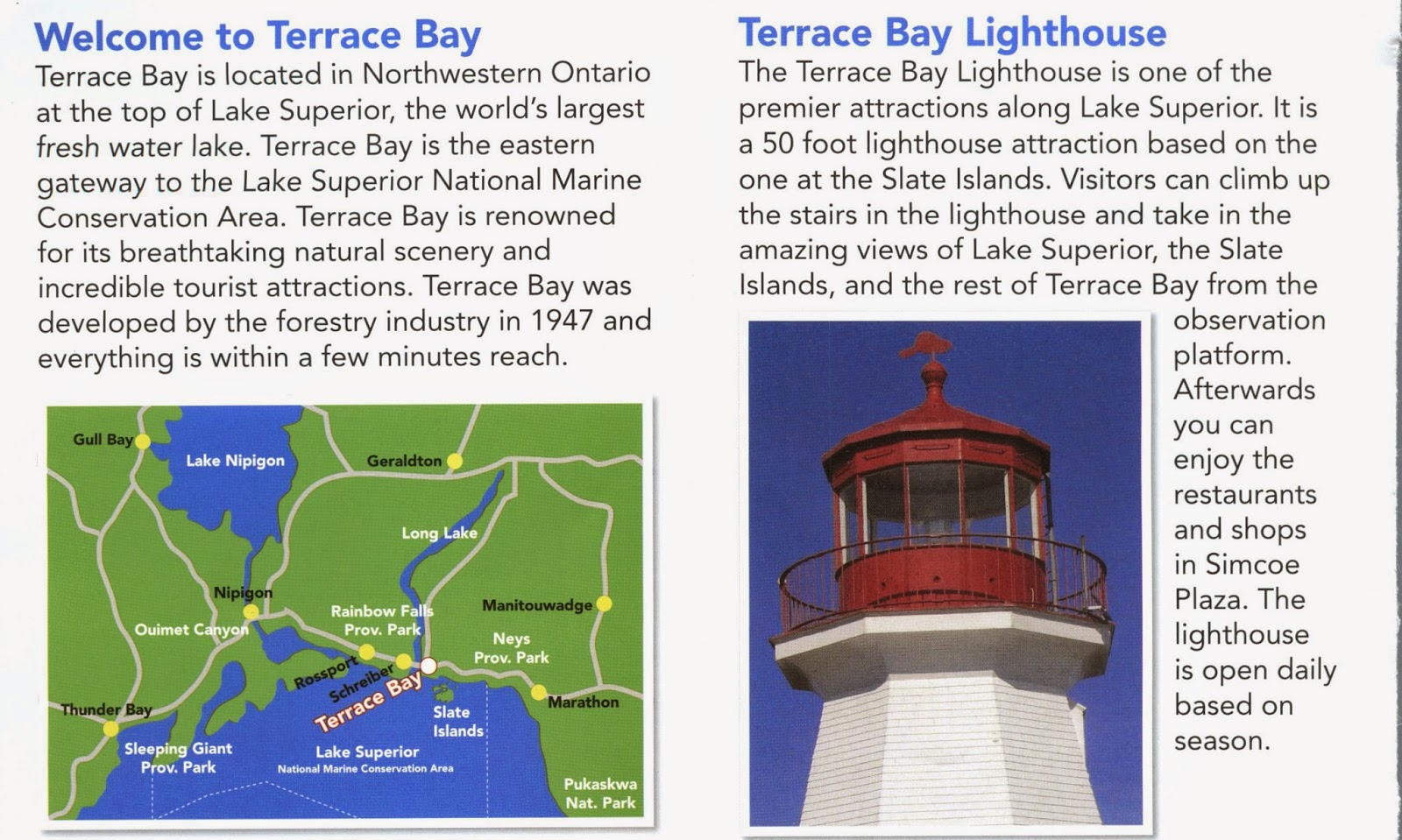 if you read the description on the right you might be fooled into thinking that Simcoe plaza was something other than a moderate sized strip mall - it was not... the bulk of  the "shops" are visible in the background of the photos below- 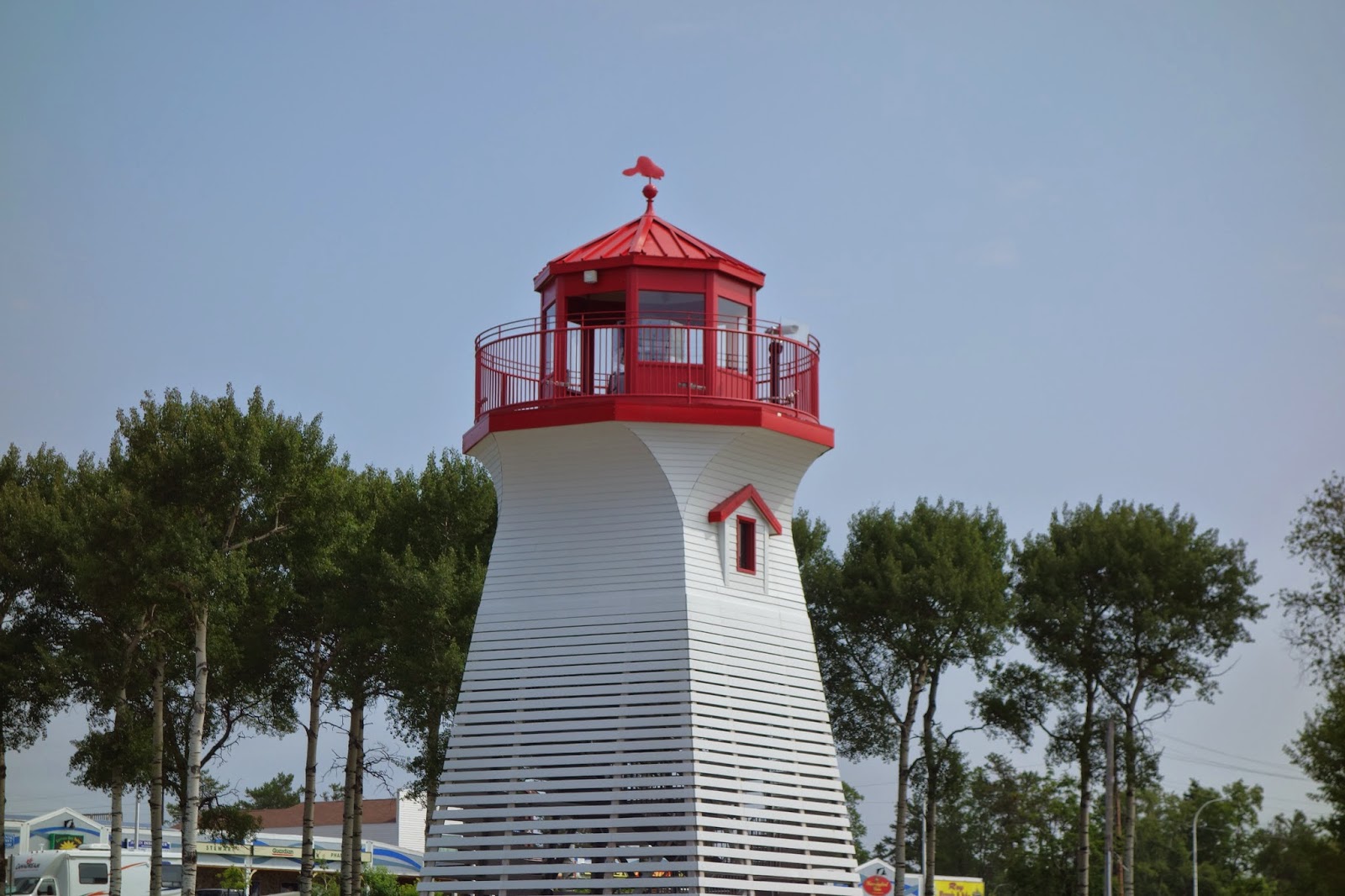 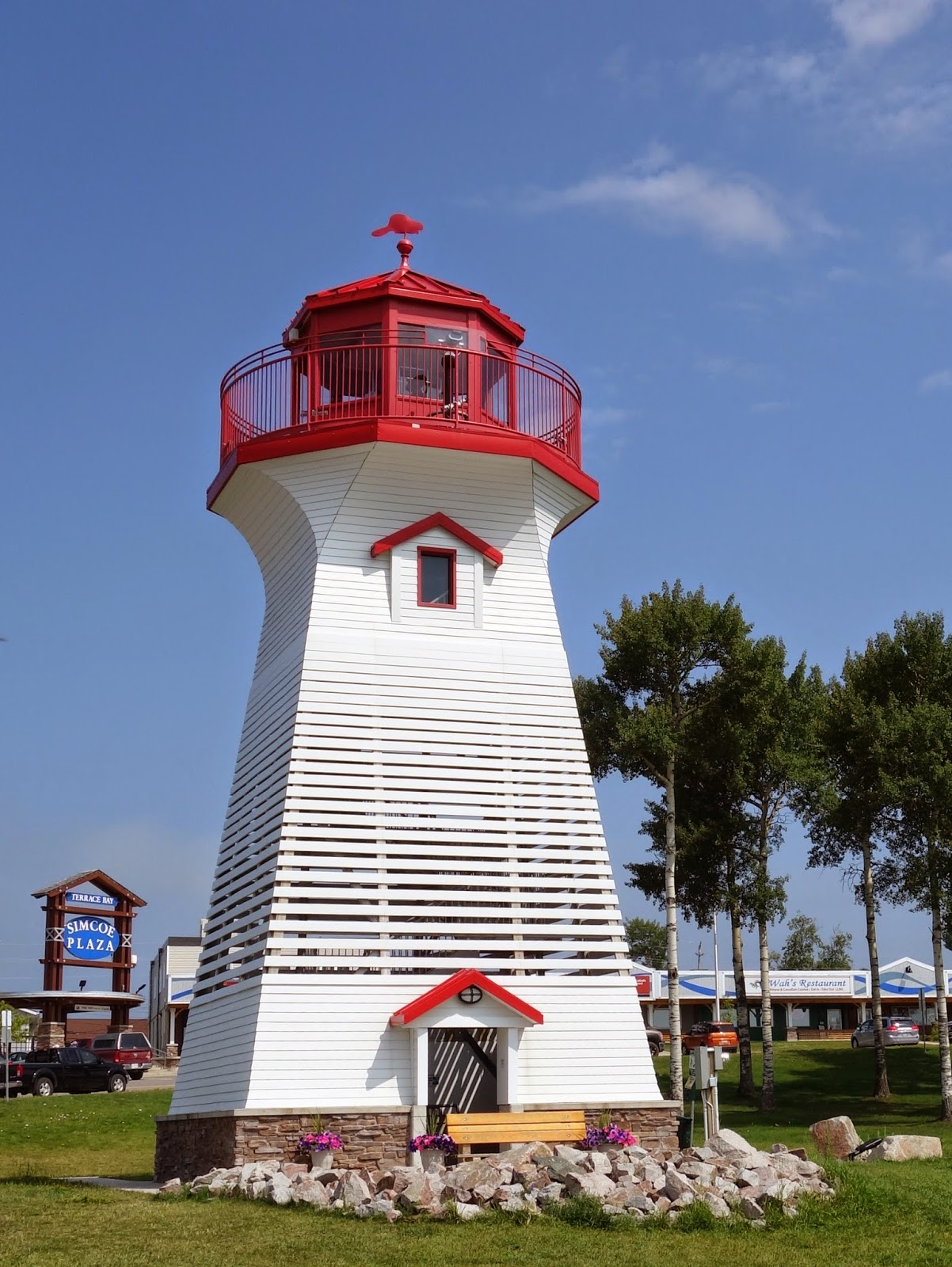 Then it was on to the saddest of sad- White River- poor Pooh - imagine being from such a place - a town where whatever once was there is now long gone and the space is mostly abandoned buildings (think very small Detroit without ever a heyday for the buildings to hearken back to) - my photos and then the town brochure which proudly touts the Pooh connection - this made me so sad... because I am a big fan of Pooh. 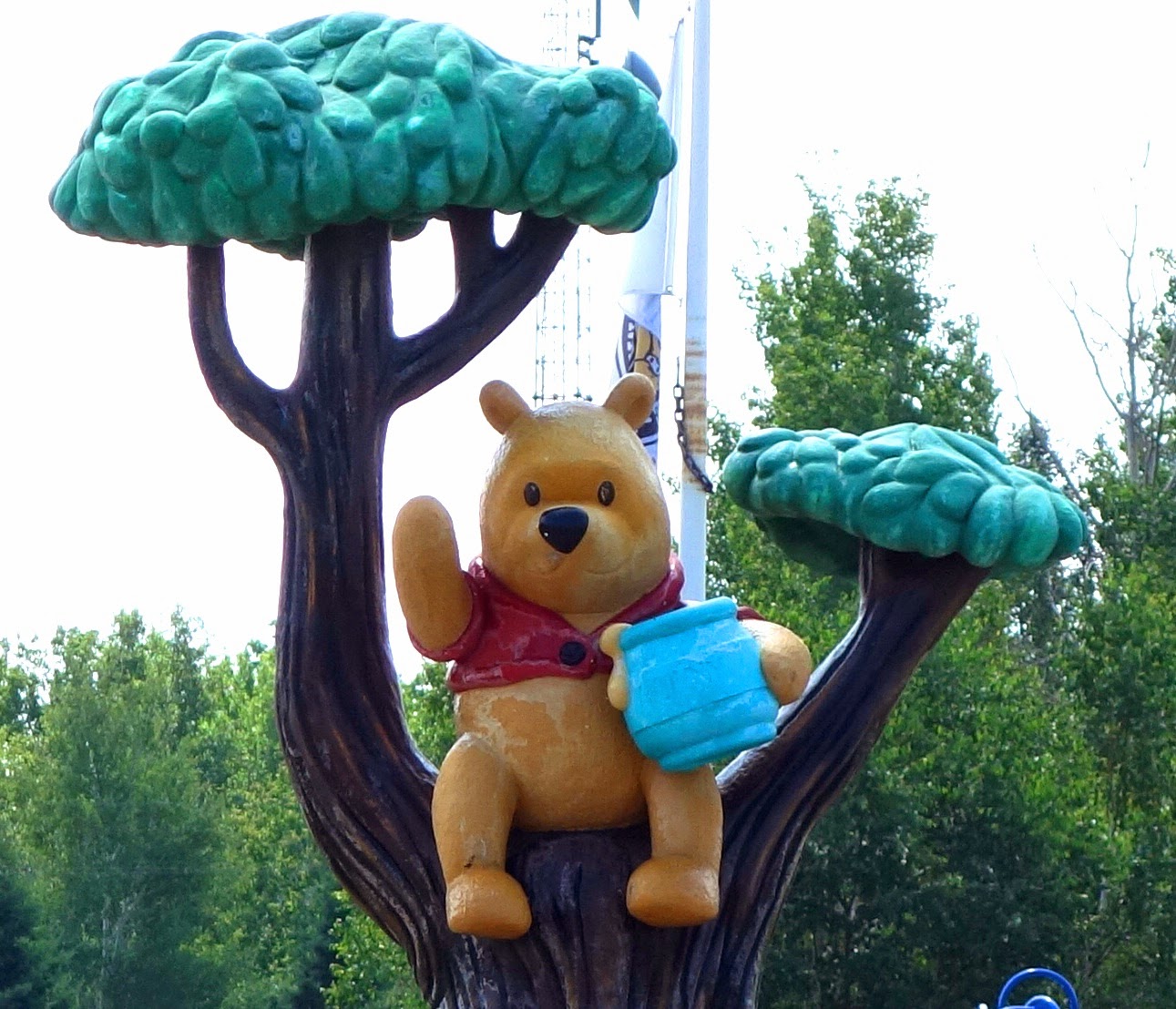 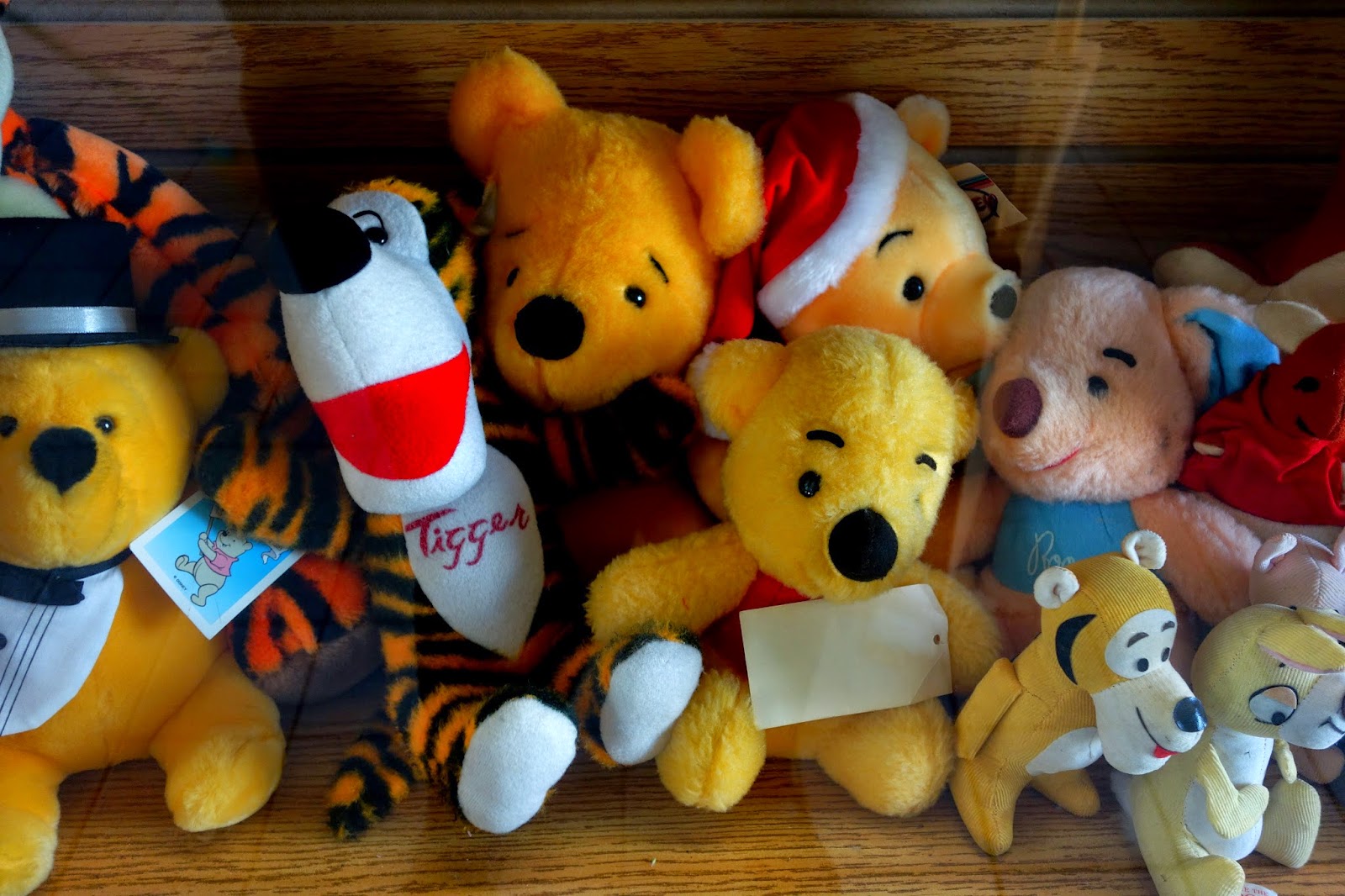 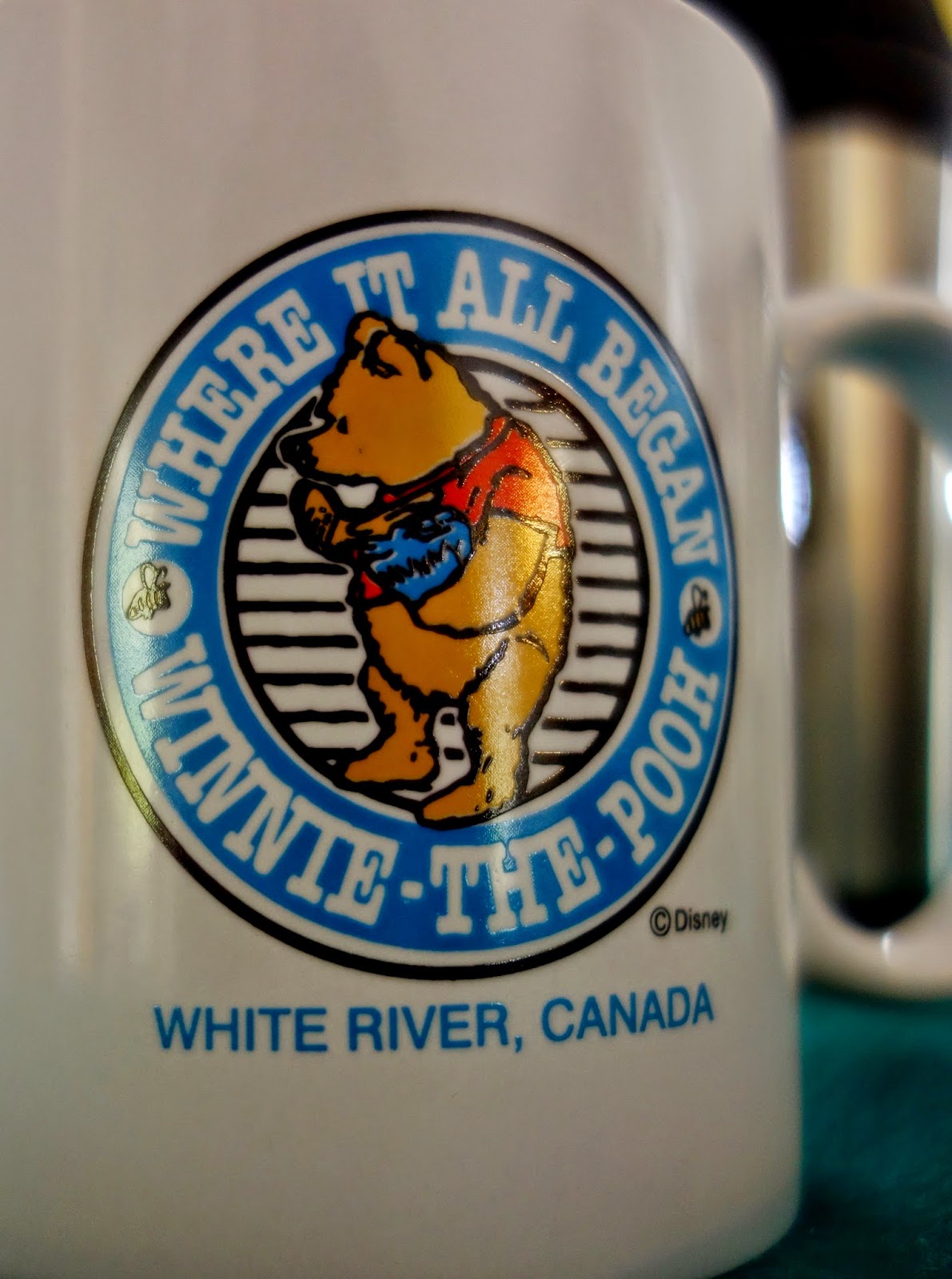 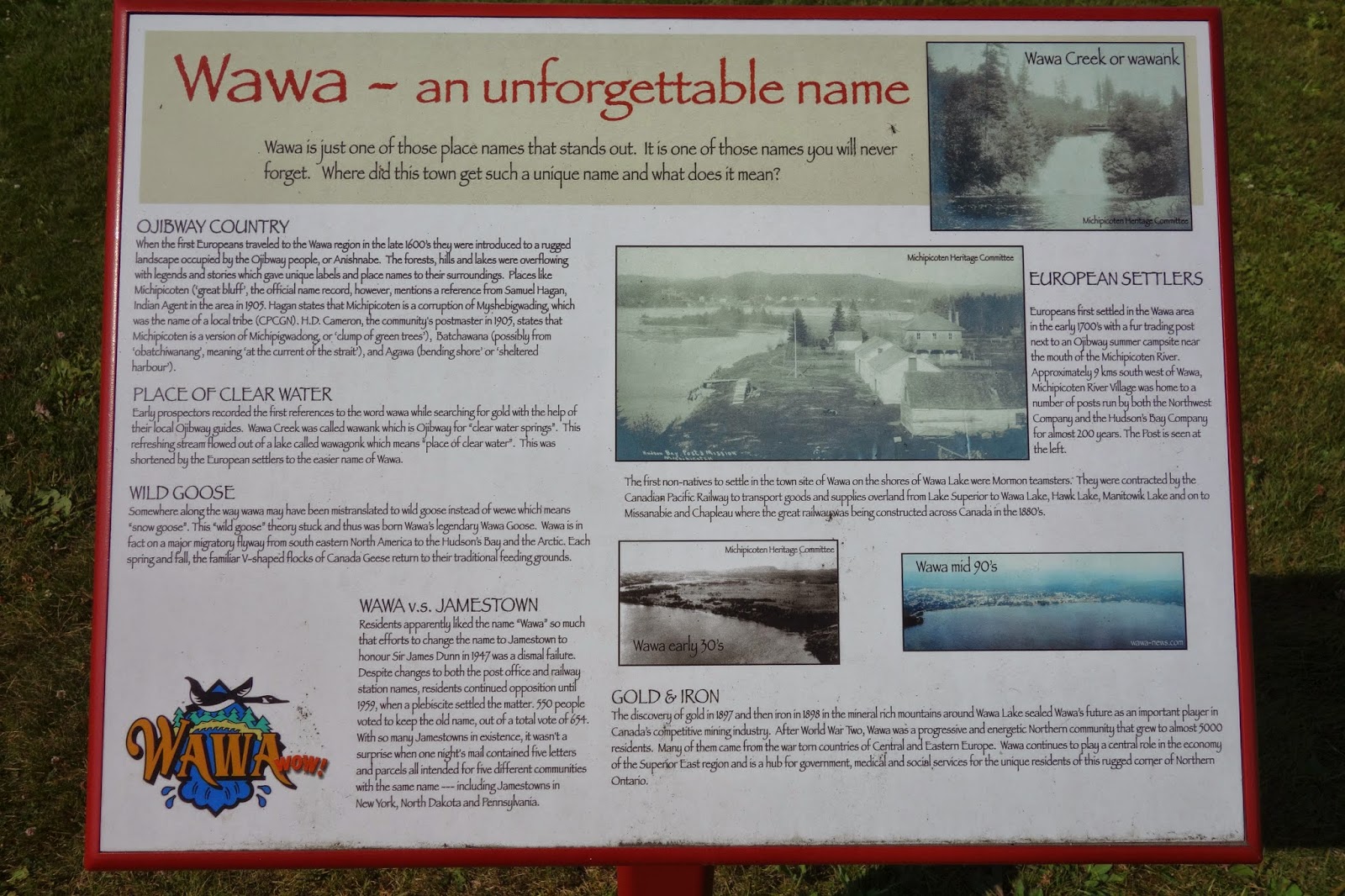 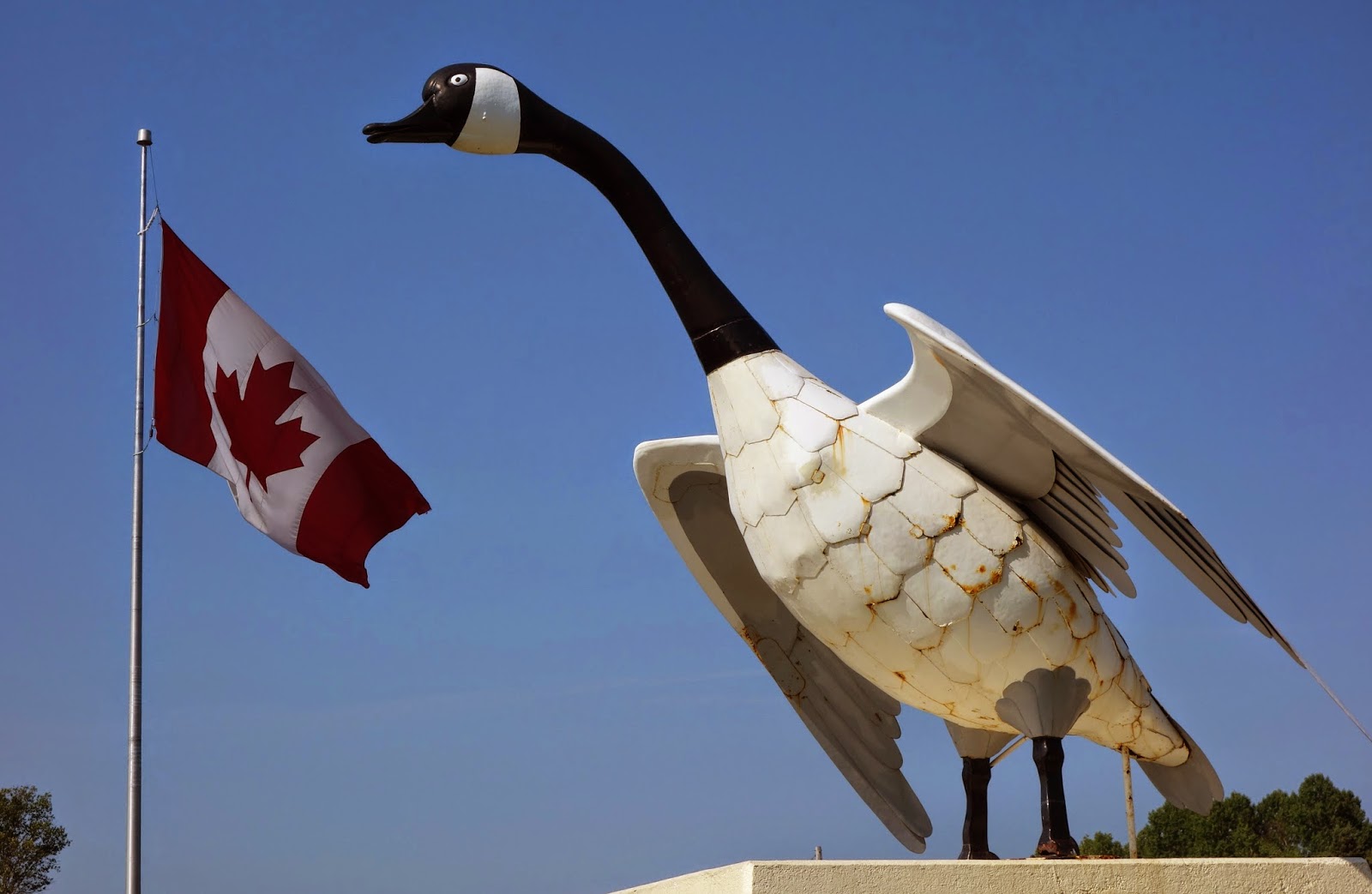 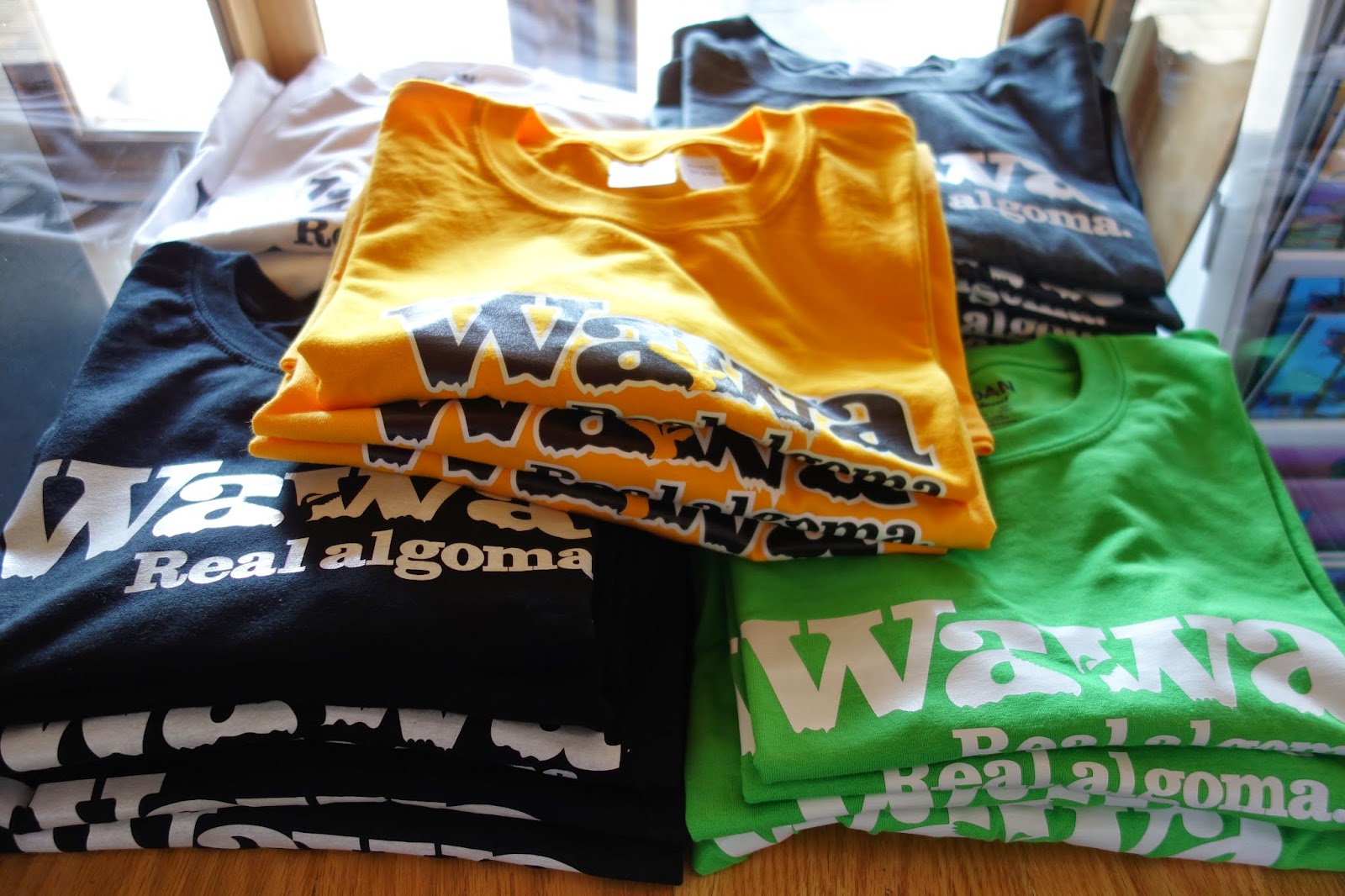 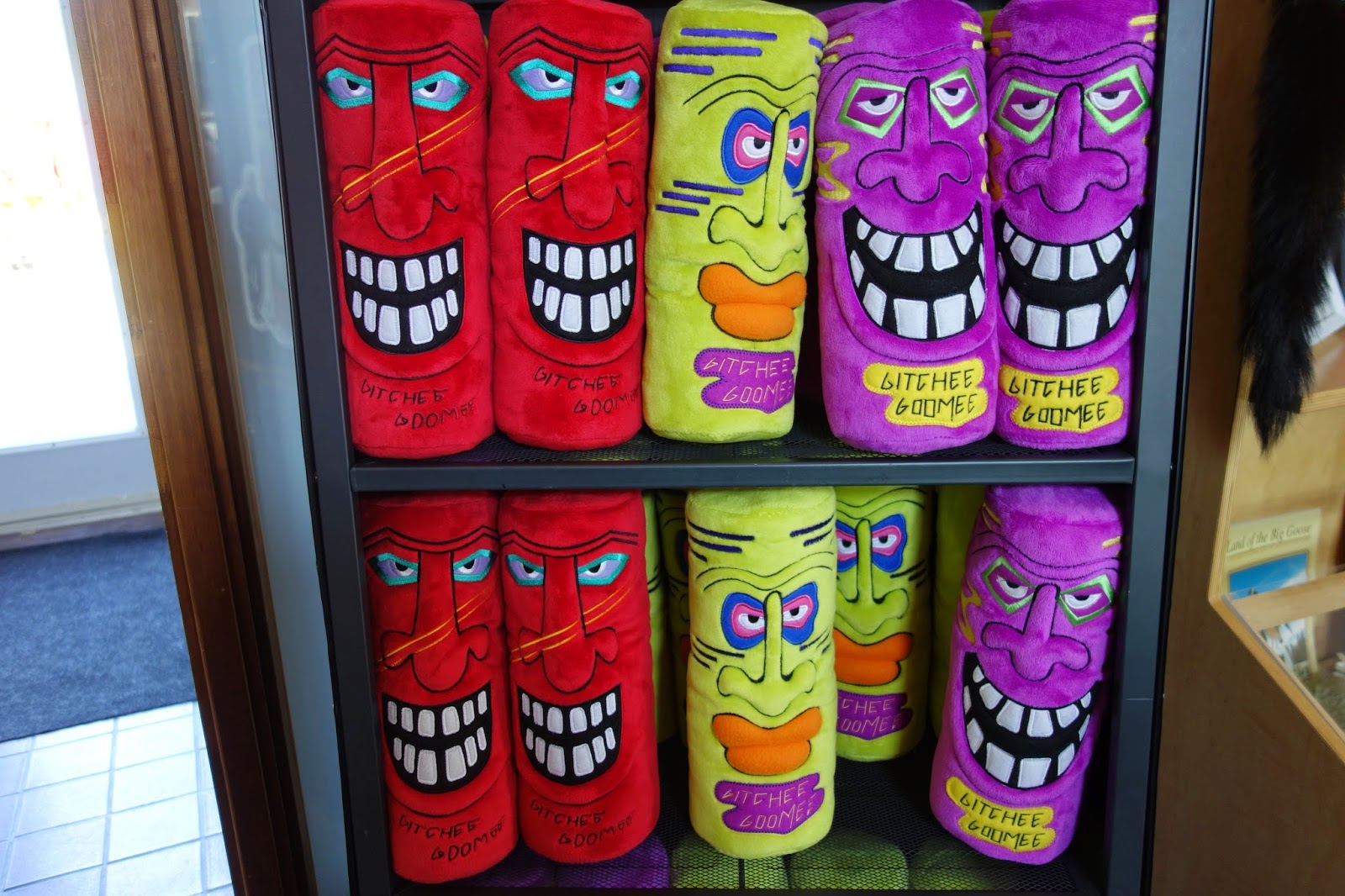 and so we did- ending up in a brand new Microtel - and since we were right on the border - had a later wake up for Sunday morning than we would have had in Wawa... all things ending up perfectly fine despite changes in plans... so tomorrow we begin by heading into the Ontario side of Sault Ste Marie then cross to the US and do the Michigan side over the next day or so... so keep tuning in - more fun awaits! 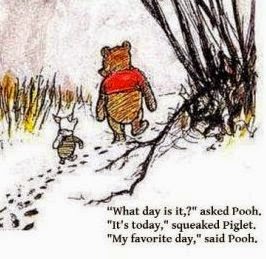