for three and a half hours NON-STOP of music! That was our first stop last night! held at the Old Town School - this fabulous evening of music might be the best concert I have seen there - and it has some really tough competition in Roger McGuinn, Jake Shimabukuro, Tom Rush and Janis Ian to name the best of what we have seen there before last night...

so if your city is on this tour- RUN don't walk to get tickets... a hot time in the old town last night!

here is the scoop and then I will post a few photos (bad ones due to distance and lighting but still- evidence of the stage full of incredible musicians) the copy below is from their website - but all the exclamation points are in order based on our experience last night....

Pokey LaFarge’s Central Time Tour -a self-contained, traveling festival of American music – will be cutting a trail through the Midwest and Upper South, USA this September 10-24!

The Central Time Tour is an evening revue of various American musical styles. Special guest and master of ceremonies Dom Flemons guides an evening of performances by Pokey LaFarge and his band, Joel Savoy, Jesse Lége and the Cajun Country Revival, The Tillers and The Loot Rock Gang. This diverse lineup presents styles ranging from string ragtime to country blues to Appalachian folk to Cajun dance hall music and beyond!

a quote from Pokey-
“I’ve always been inspired by the revue tours of the mid-twentieth century. These tours sent a caravan of musicians, often from the same record label, to towns across America-big and small-for an evening of music and dancing. My vision for the Central Time Tour rests on this tradition, but presents a wider variety of music, a really well-rounded night of entertainment. I hope it will bring a stronger awareness to the original music of the Midwest, which I believe is often overlooked or under-appreciated. I chose four incredible bands to travel with us-bands that are a bit more underground, write original music, and perhaps our audiences have not yet heard of or seen live. With the Central Time Tour, I want to broaden the appreciation of what it is that makes the Midwest a special place. I want to turn people on to quality music they wouldn’t likely hear on the radio. I want to celebrate our diverse American traditions, and above all, give the good people of the Midwest no choice but to dance, sing and put their minds at ease when the Central Time Tour comes to town.”

The WFMT sponsored evening started with Pokey coming out and telling us the Old Town School rules were off and we could come and go as we pleased because there would be more than three hours of music- and if we felt like dancing that was fine too- and drinking was fine - and talking was fine if it didn't bother our neighbors.... and most of all, to enjoy ourselves (we found out it would be hard NOT to...LOL)

The first group performed for more than 45 minutes. They were the Loot Rock Gang from St. Louis and the woman vocalist had this absolutely HUGE HUGE voice- we commented that she was a fat sassy old black woman on the inside- despite being a young white woman on the outside....LOL - it was a BIG voice... 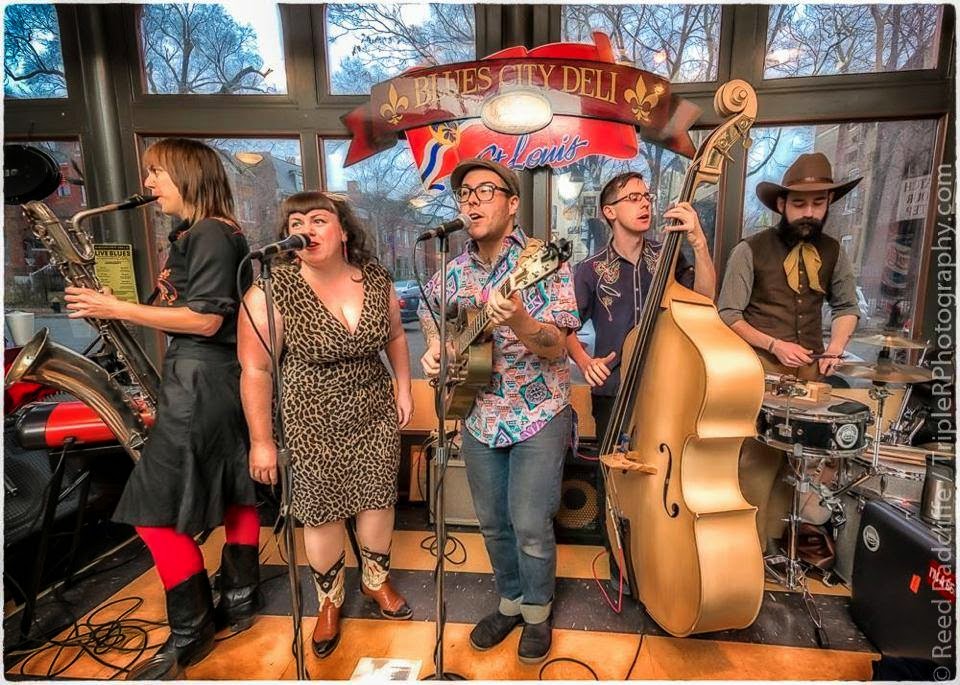 above photo of Loot Rock Gang by Triple R Photography 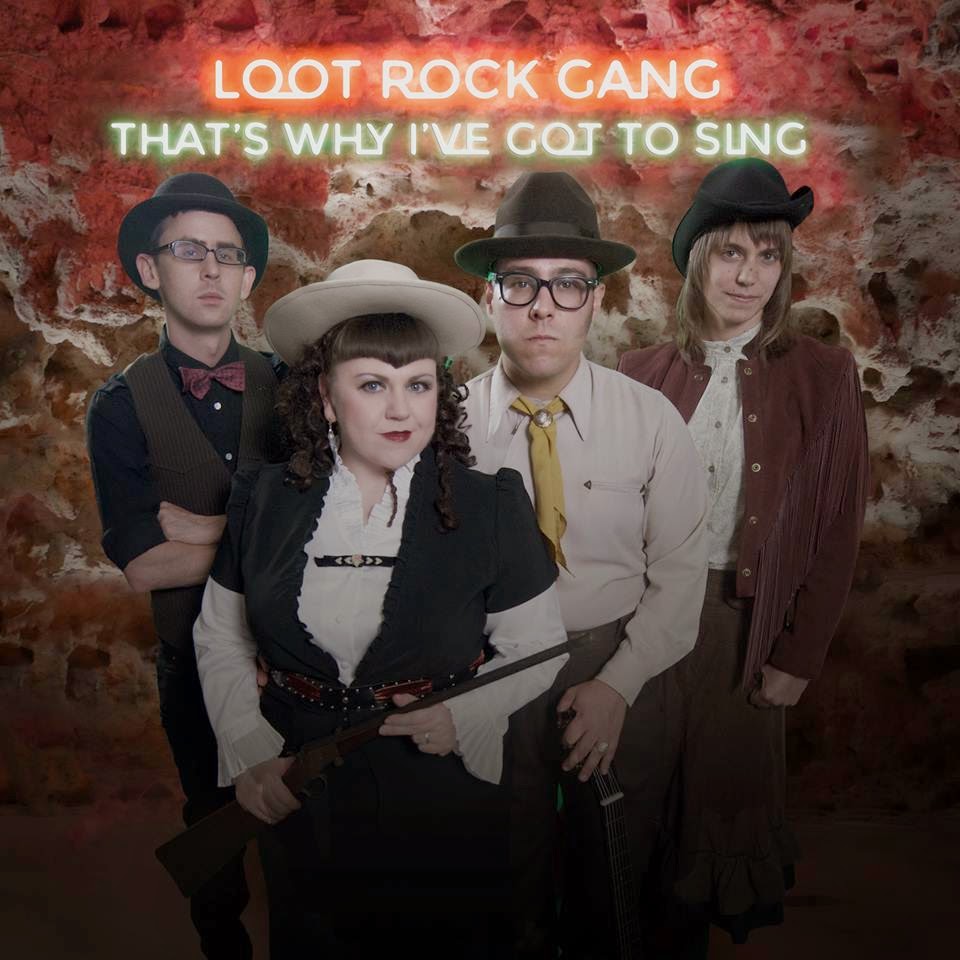 All the music was original until the encores and this revue was a totally fabulous way to showcase the talent... I don't know if this will work but here is a link to a song that just knocked my socks off from the Cincinnati group The Tillers- who played their set second in the lineup... 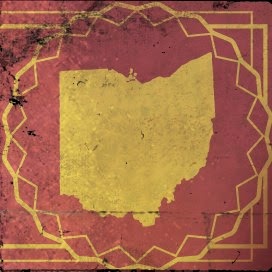 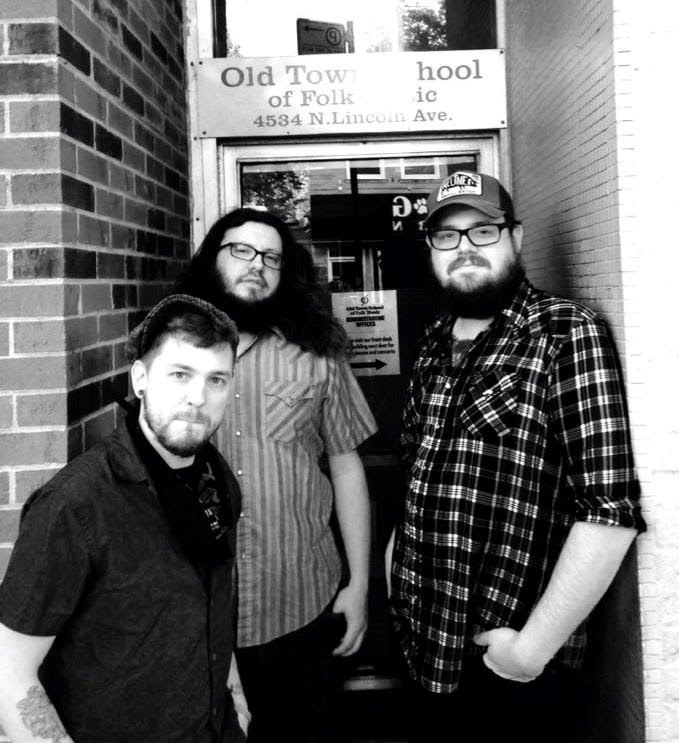 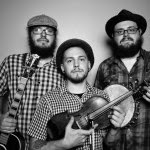 After they finished and along the way Don Flemons did some Master of Ceremonies stuff and a few tunes of his own.. then the Cajun Country Revival came on and had the roof rattling!  Jesse Leger on the Cajun accordion was worth the price of admission - although I have to admit I was much much less fond of the two songs they did without him due to it being DOUBLE screechy fiddles, these guys were foot stomping good... 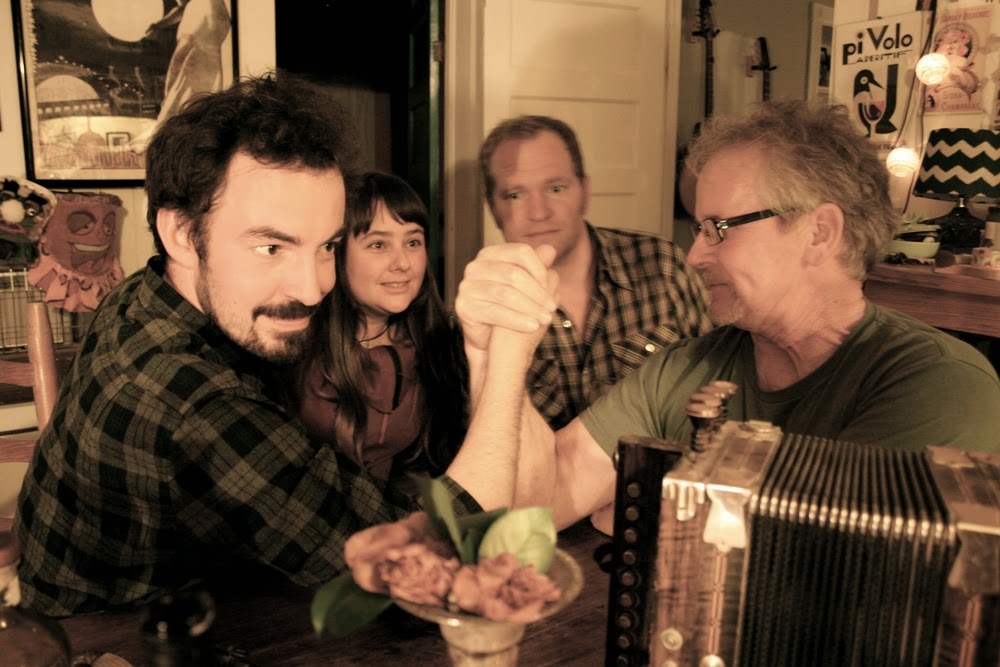 Jesse Lége is the real deal. Growing up in a rural, pre-electricity home in Gueydan, Louisiana, Jesse spoke Cajun French and learned music from relatives, neighbors, and the family's much-loved battery-powered radio. Today he is one of the most admired Cajun accordionists and vocalists in the world. (from their website) 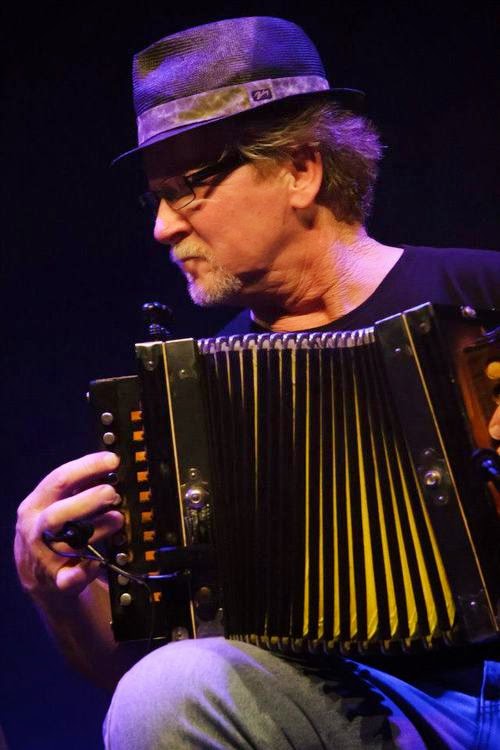 from Joel Savoy-
Jesse and I met The Foghorn Stringband through our mutual friend Dirk Powell quite a few years ago and we fell in love with them. They're an amazing group made up of some of the best people you'll ever meet: Caleb Klauder, Sammy Lind and Nadine Landry (and now the fabulous Ms Reeb Willms!) and we hit it off so much that we decided we had to make a band together. While Jesse and I were up in the NW one summer our friend Greg Vandy invited us to be on his show The Roadhouse on Seattle's KEXP so we joined forces with The Caleb Klauder Country Band and the Cajun Country Revival was formed

finally - the man of the hour(s) Pokey himself took the stage and I love love LOVED his music- his songs were long involved narratives with hooks that completely drew me in... although Phil said it was his least favorite segment it was far and away my favorite of the evening... something in the music completely transported me to another place and time - awed and amazed because I had no real idea what to expect when I bought the tickets months ago- just that we were interested in hearing some cajun music... 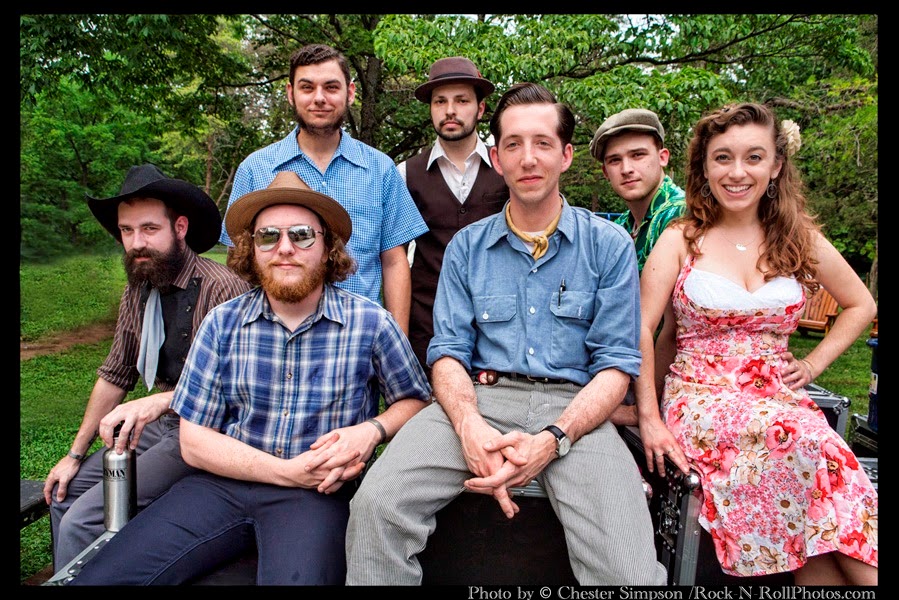 so I feel like I am lacking a clear focused point here but the concert was such a diffuse experience of fabulous music I have a hard time communicating the full nature of the evening... 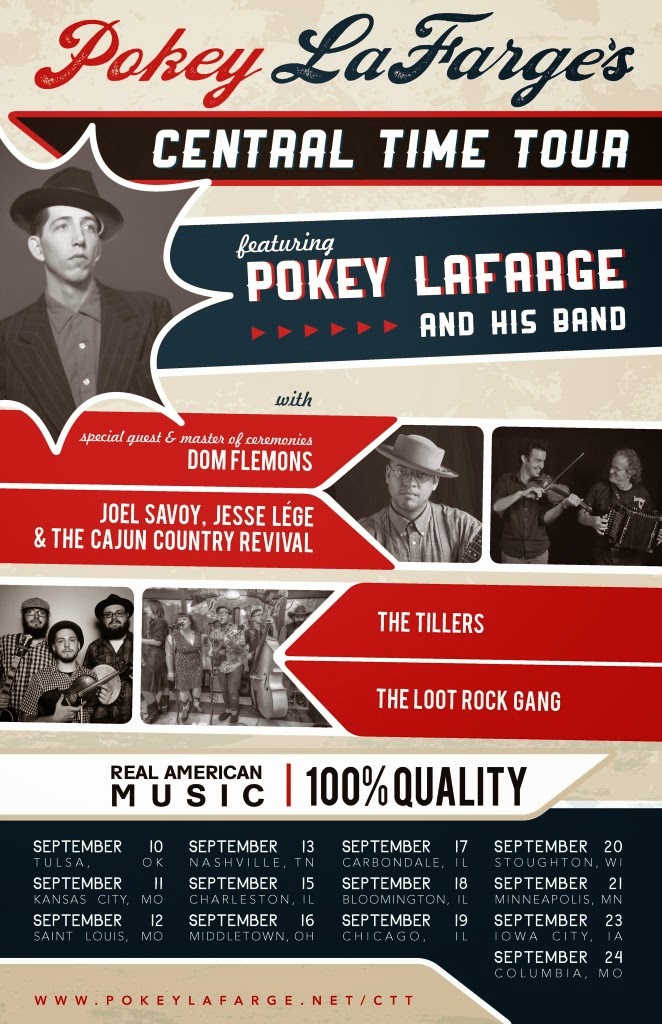 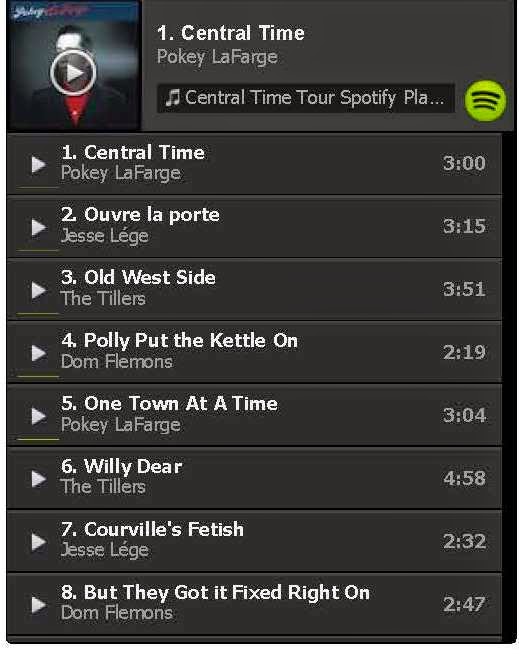 here are a few of my own lackluster photos- 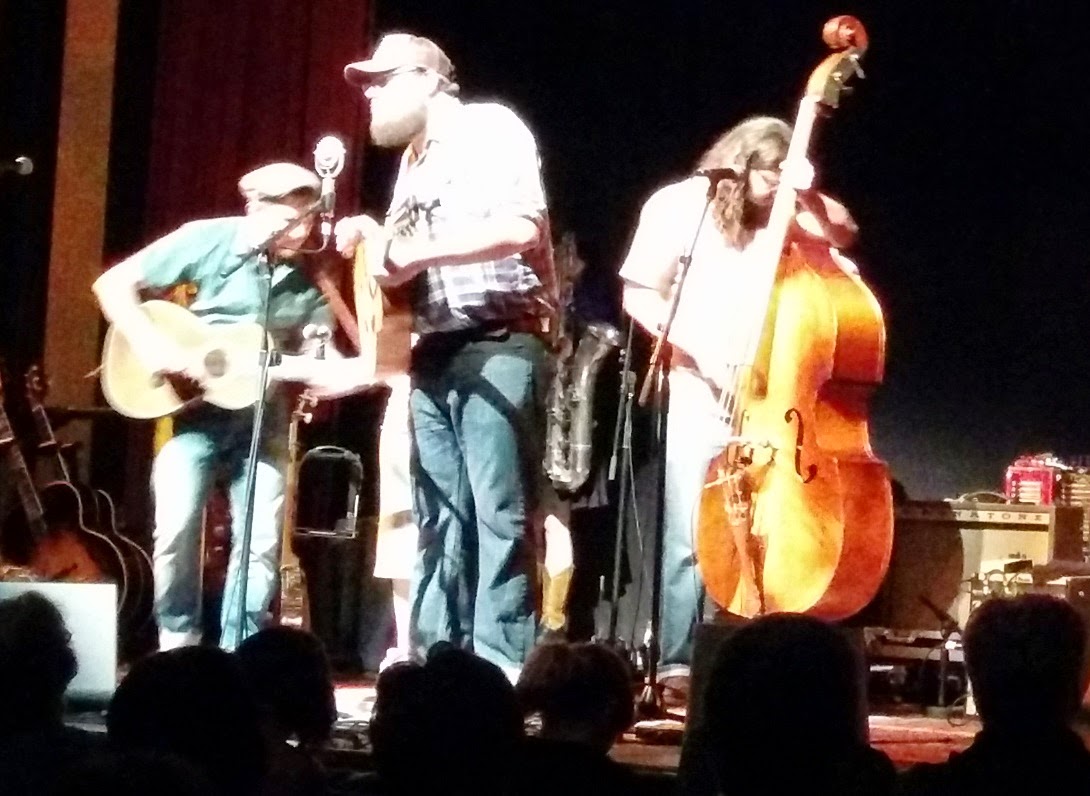 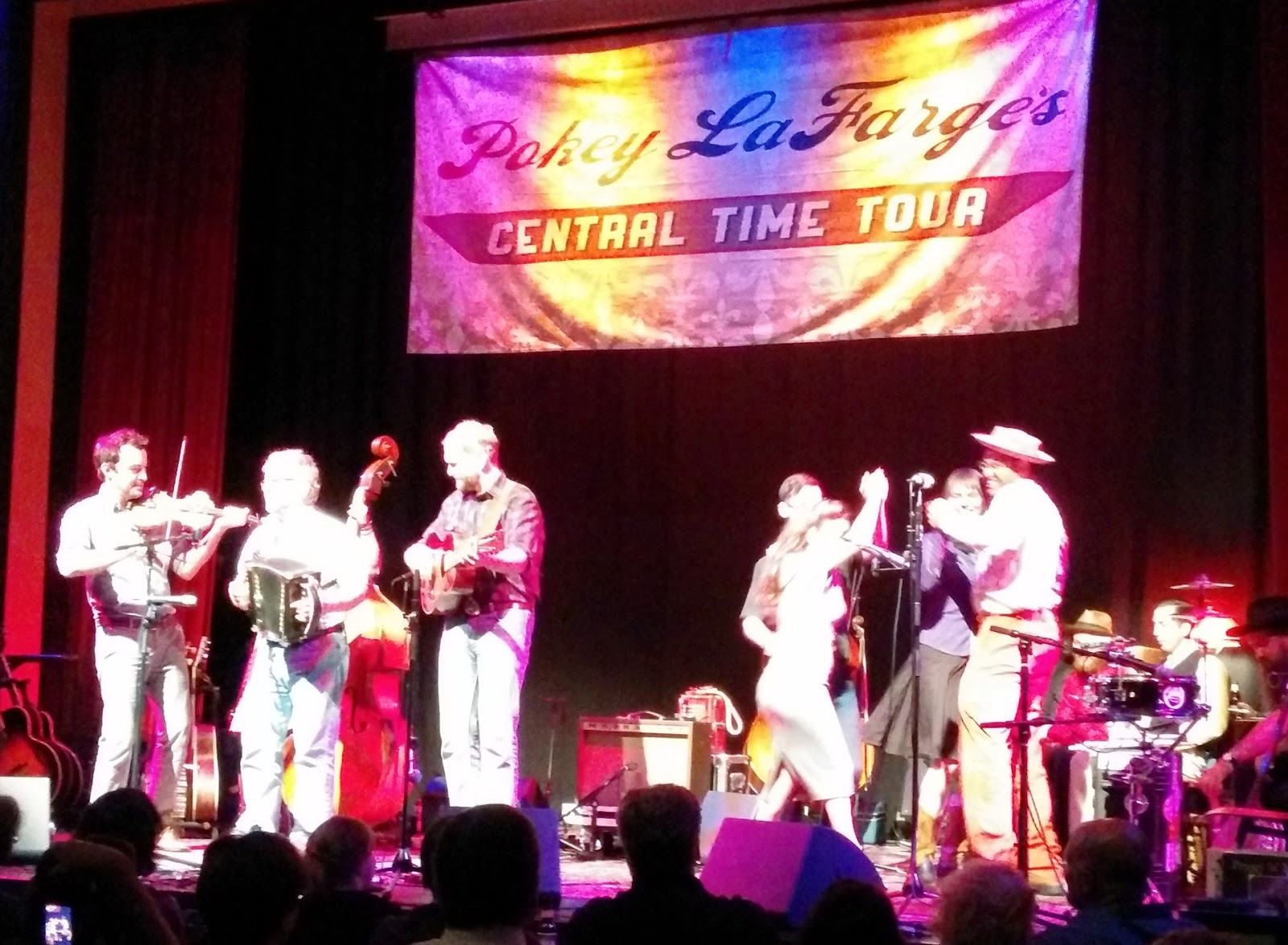 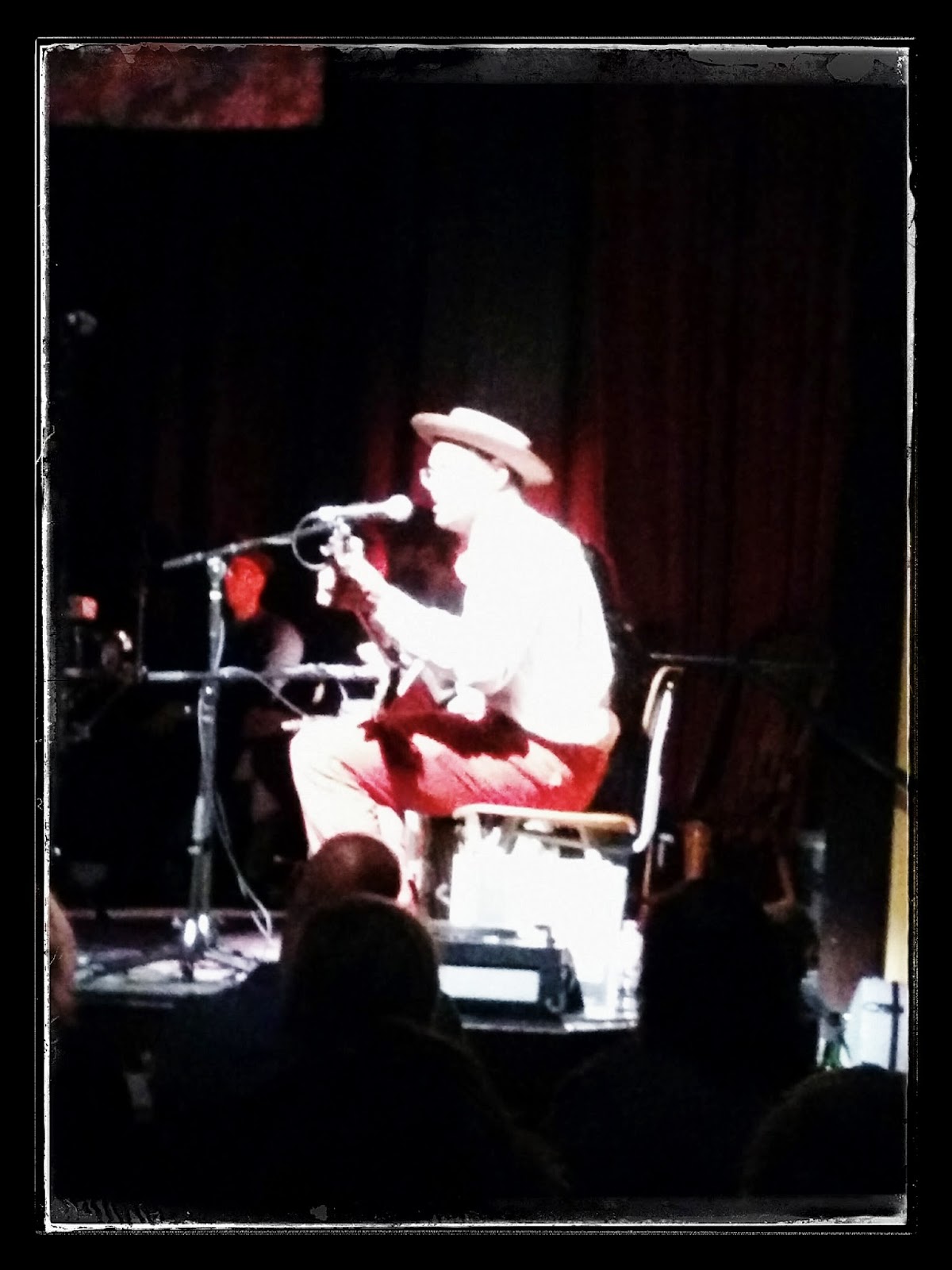 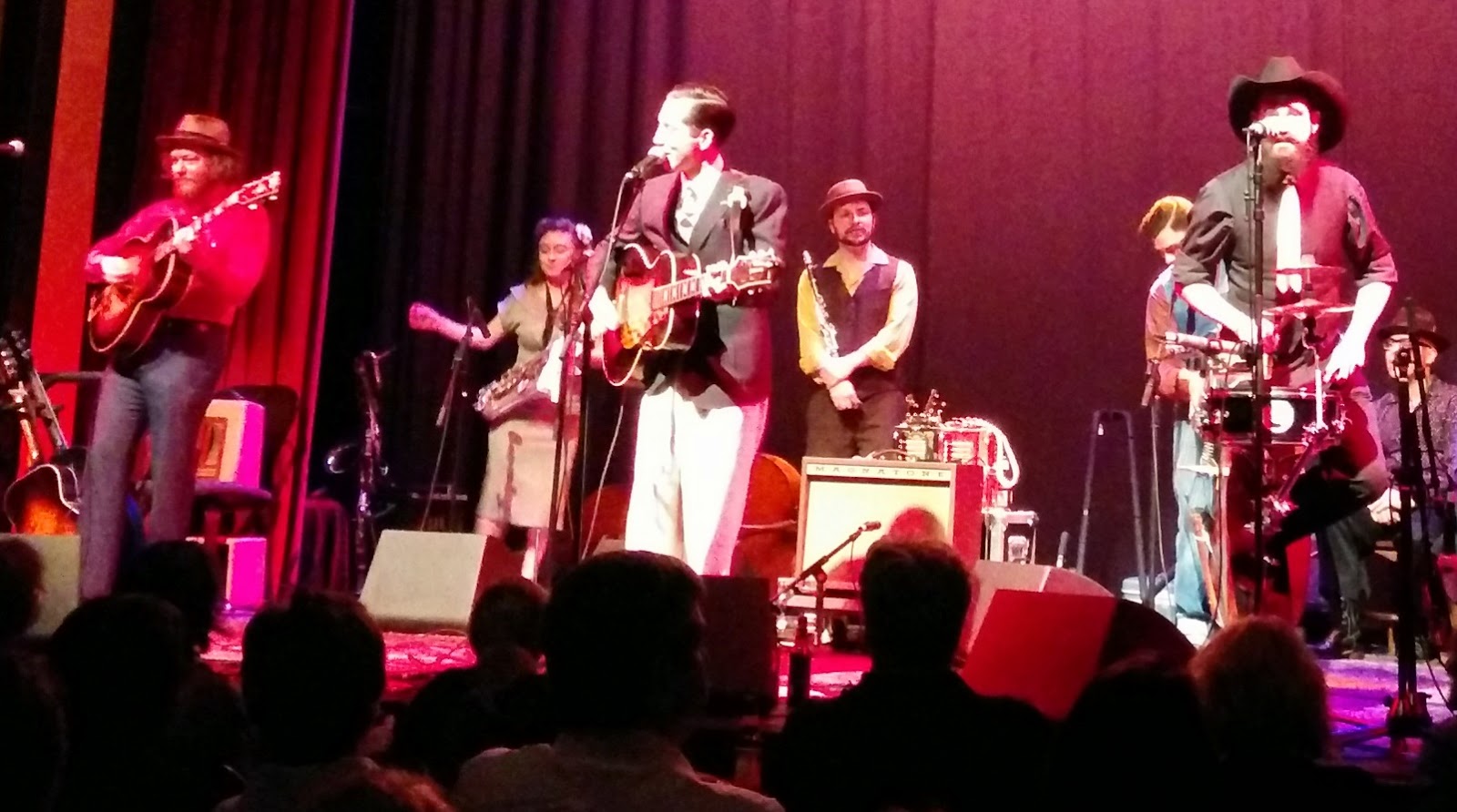 the whole Revue onstage for two encores - on the left side are the Loot Rock Gang - whose link from the Central Time Tour did not work so I have no stills for them- (note: added them later from different link) 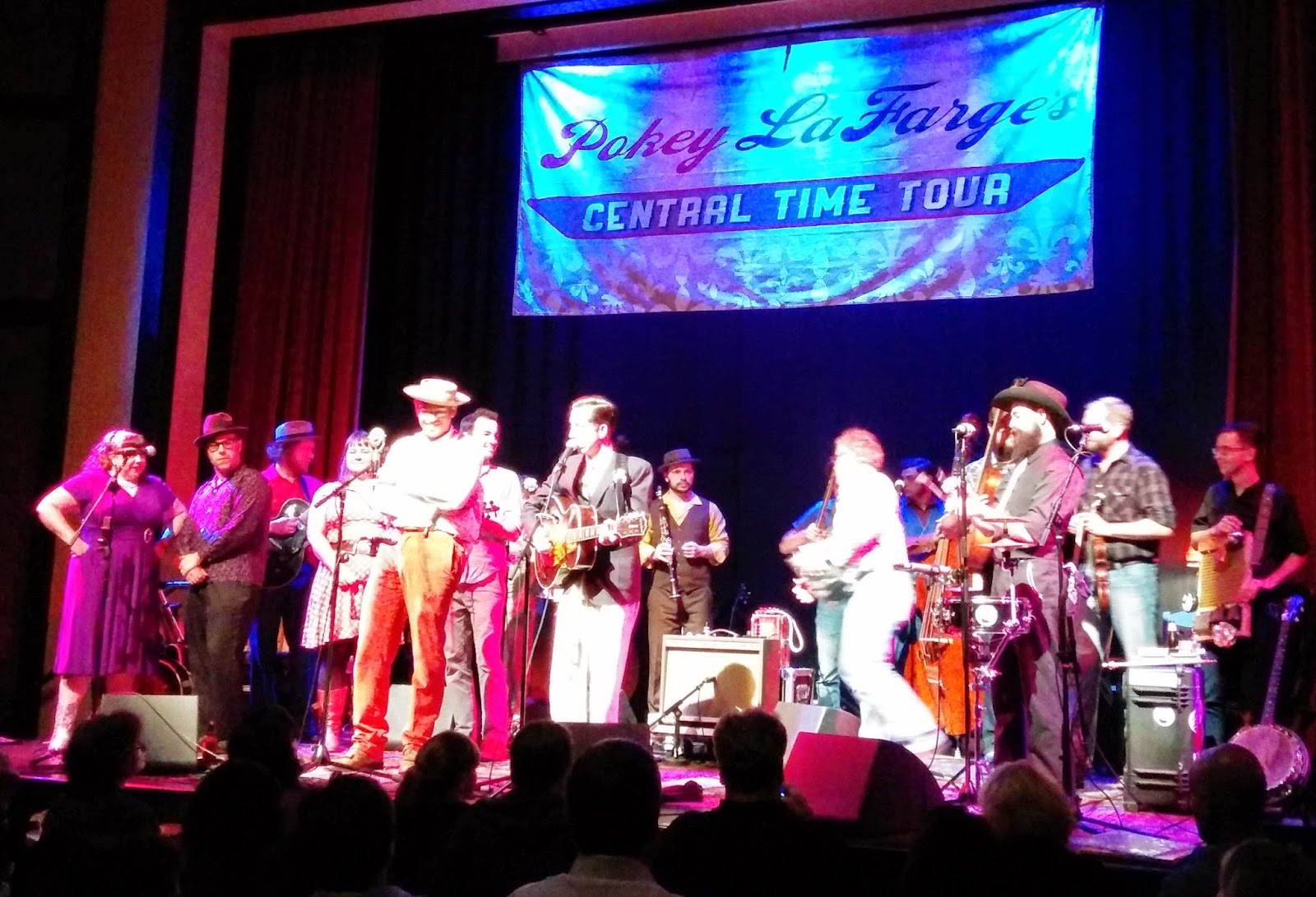 so all in all - a fabulous evening! And as we were leaving the parking space we got a call from Mac and he was still up and around - so off we went to the W Lakefront to meet Mac for drinks- we arrived there just before midnight and left around 2:30 AM - and I am on the old side for staying out "til all hours" as my Dad used to say! LOL so today I am getting a little bit later and slower start...LOL

but we only get one go around here (as far as we really know) so we can sleep when we're dead as they say.... tomorrow the Lookingglass production of Death Tax... so stay tuned for a review of that...
Posted by TOR at 1:54 PM