Today we saw the Lookingglass Theater production of Death Tax... an enjoyable afternoon for contemplating the issue surrounding the American way of dying in today's political environment. Here is a brief overview of the story line- a run down of the cast and then my thoughts on the play. 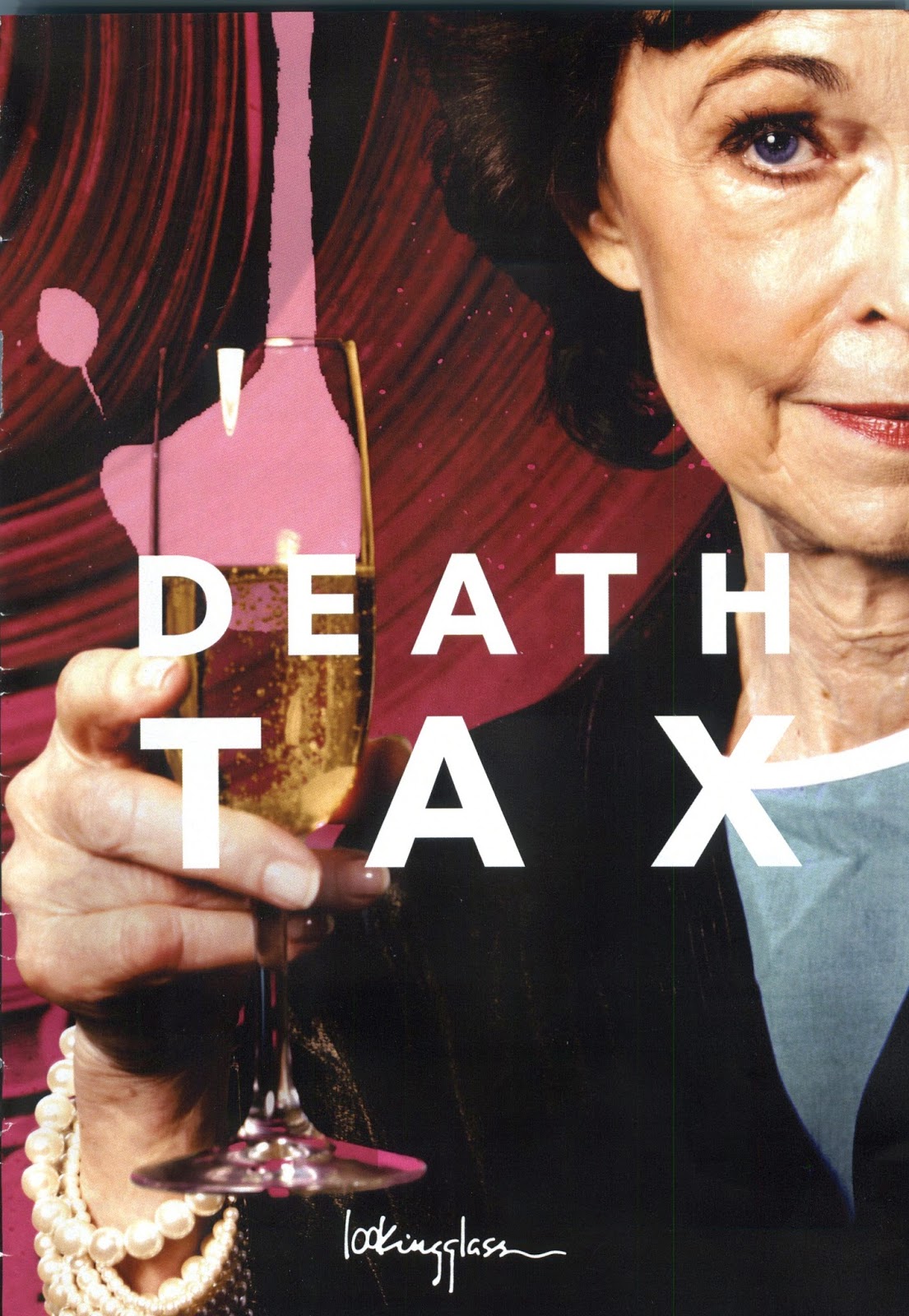 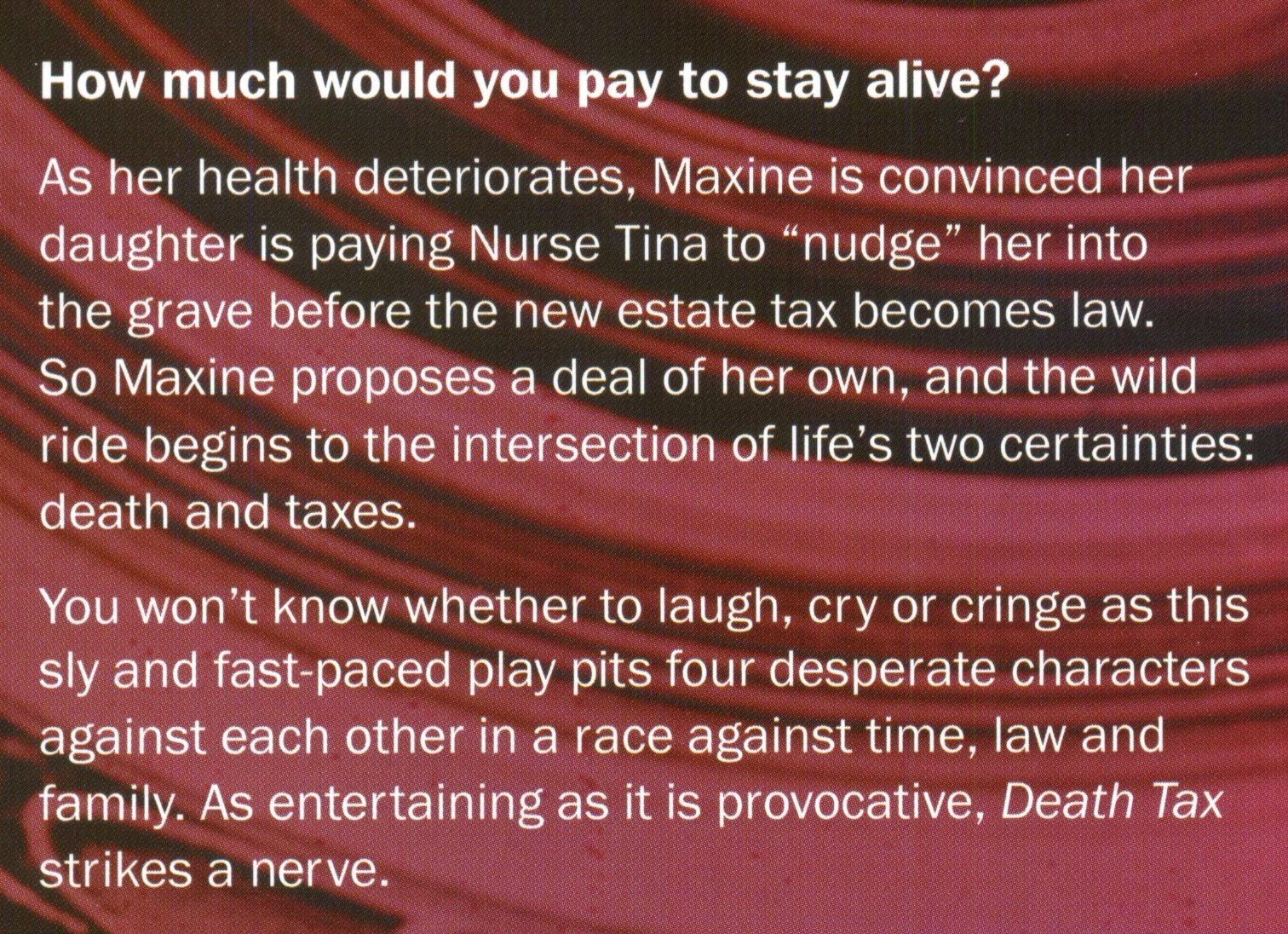 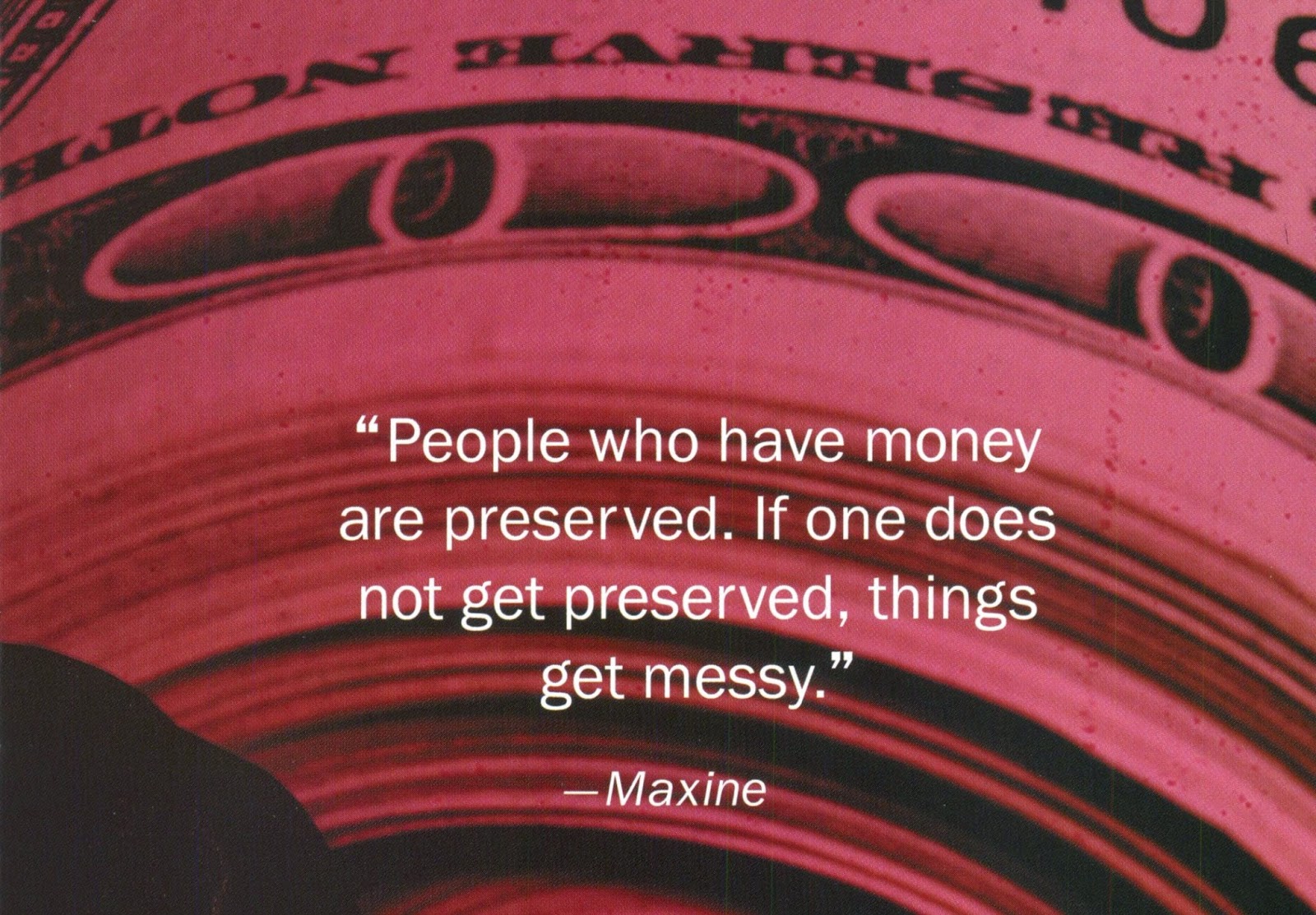 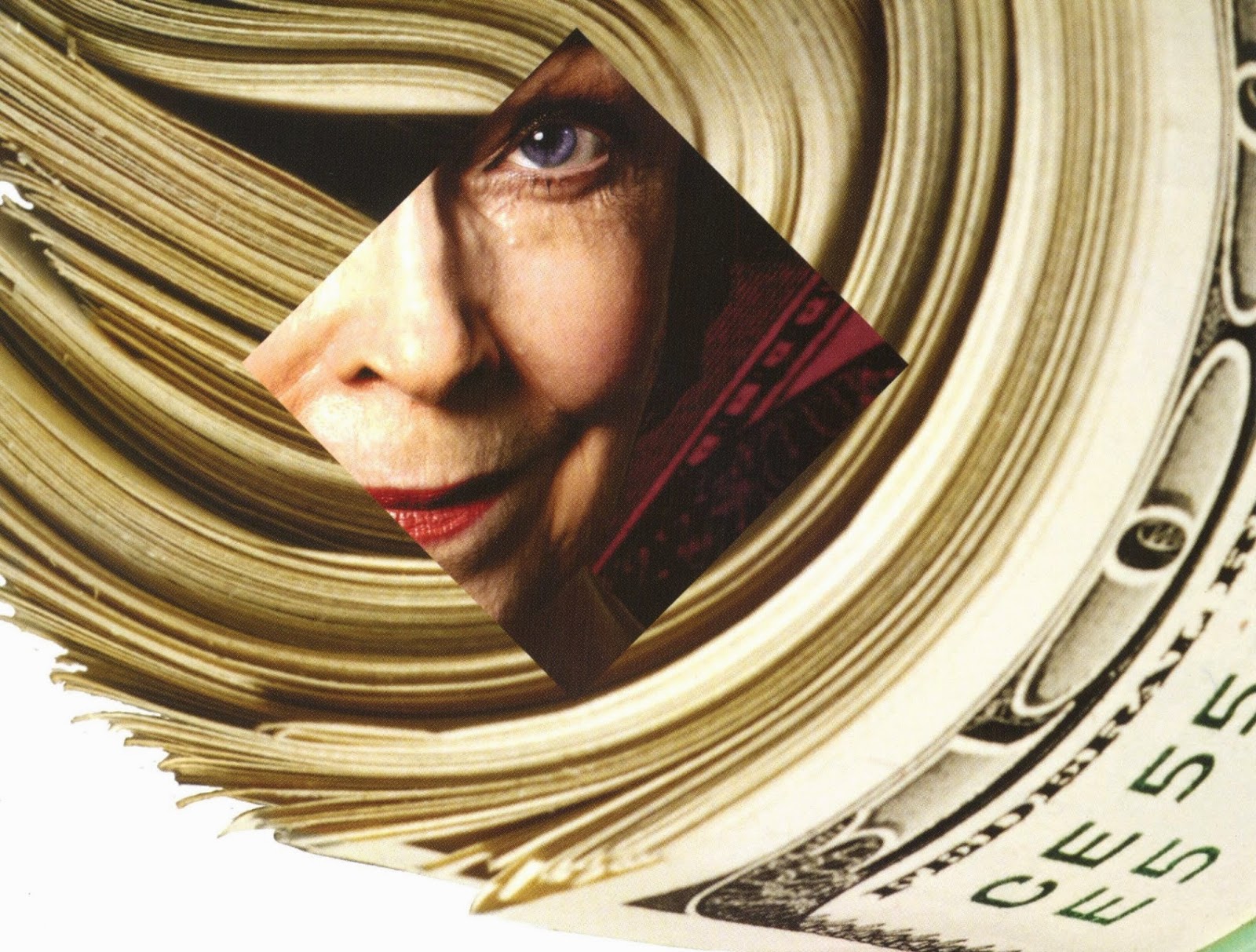 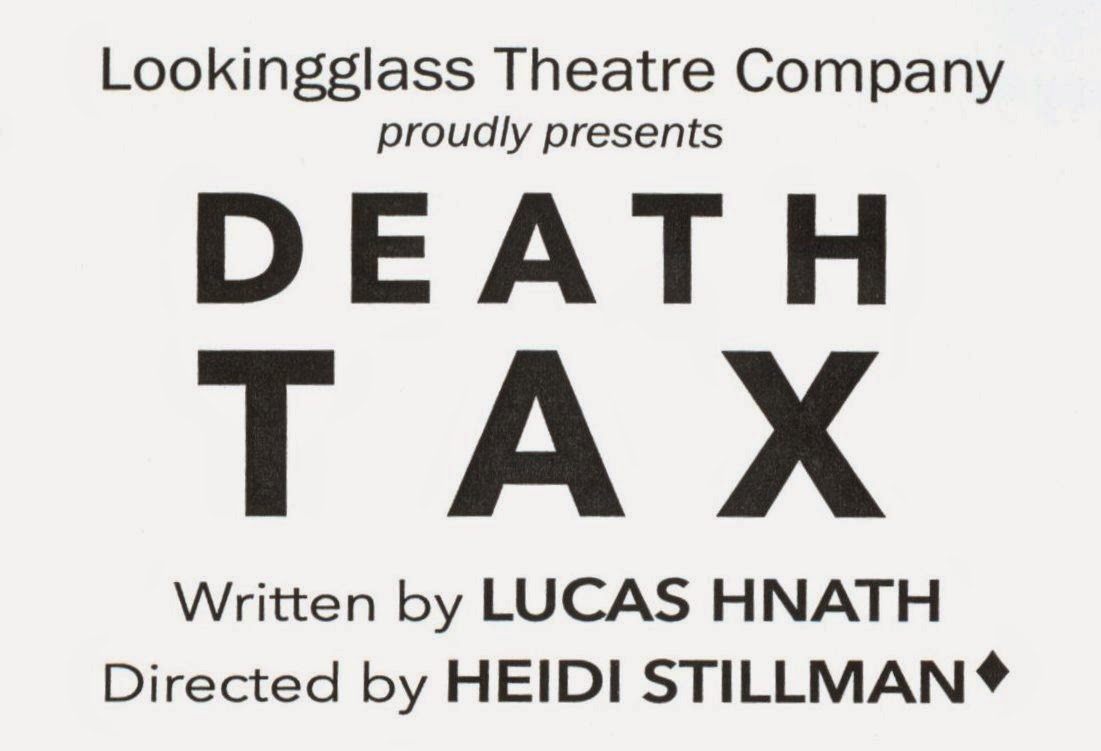 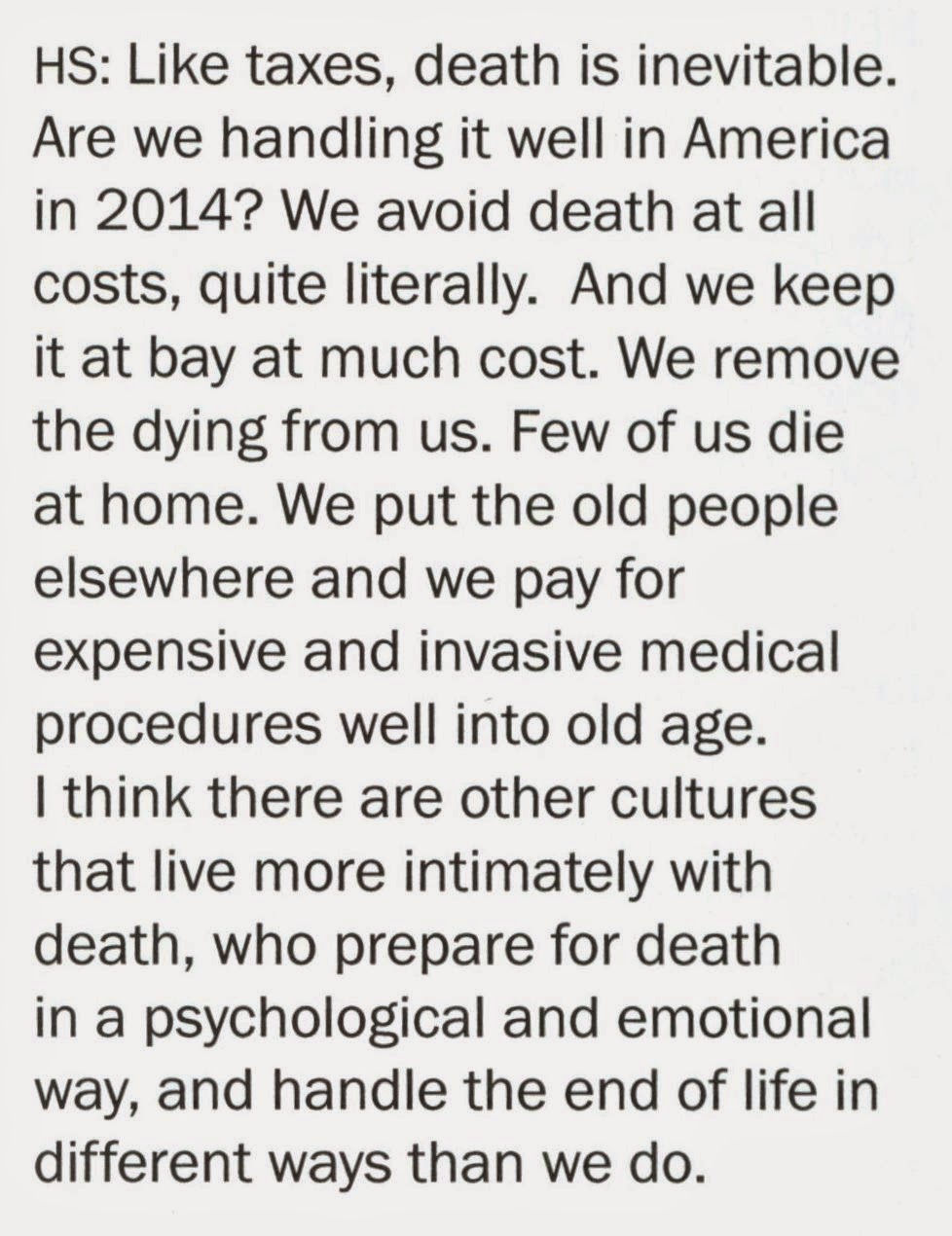 so- lots going on here- the play is quite intricate and the black comedy/drama/life issues work on a lot of levels... things are not exactly as they seem and I will not spoil the ending but let me say- things are certainly not predictable! I would give this a thumbs up for the intelligent scripting. The cast was excellent (as usual) and staging was all it needed to be- sparse but evocative of the settings.  The action and ultimate outcome are about the intersection of family dynamics and money - and boy, you sure could spend a couple of lifetimes exploring that! So I would give it a thumbs up overall.

The play was presented in one act of multiple scenes with no intermission - which I love when it can be accomplished (intermissions are just a waste of my time in my opinion.) And speaking of wasting time- I have noticed a trend (and experienced it again today) of theaters not beginning their productions ON TIME... I find this annoying and not respectful of the audience's time. I manage to be there on time and in my seat before the appointed hour, I think the least they can do is start on time.   Today the tickets gave the time of the play as 3 PM ... 3:05 rolled around and then 3:07 and then 3:09 and finally at 3:10 they dimmed the lights... should we all start arriving ten minutes late? If they don't want that then perhaps they should set the example of promptness... I remarked about this at the theater three times in the last week alone and also at the last production we went to of this theater (Cascobel) - so while it is not just them - although I did notice that the show at the Old Town School on Saturday started at 8 PM on the dot and I give them credit for that! Sadly - they seem to be becoming the exception rather than the rule.... and yes #crankyoldwoman is a good hash tag for me on this subject.... 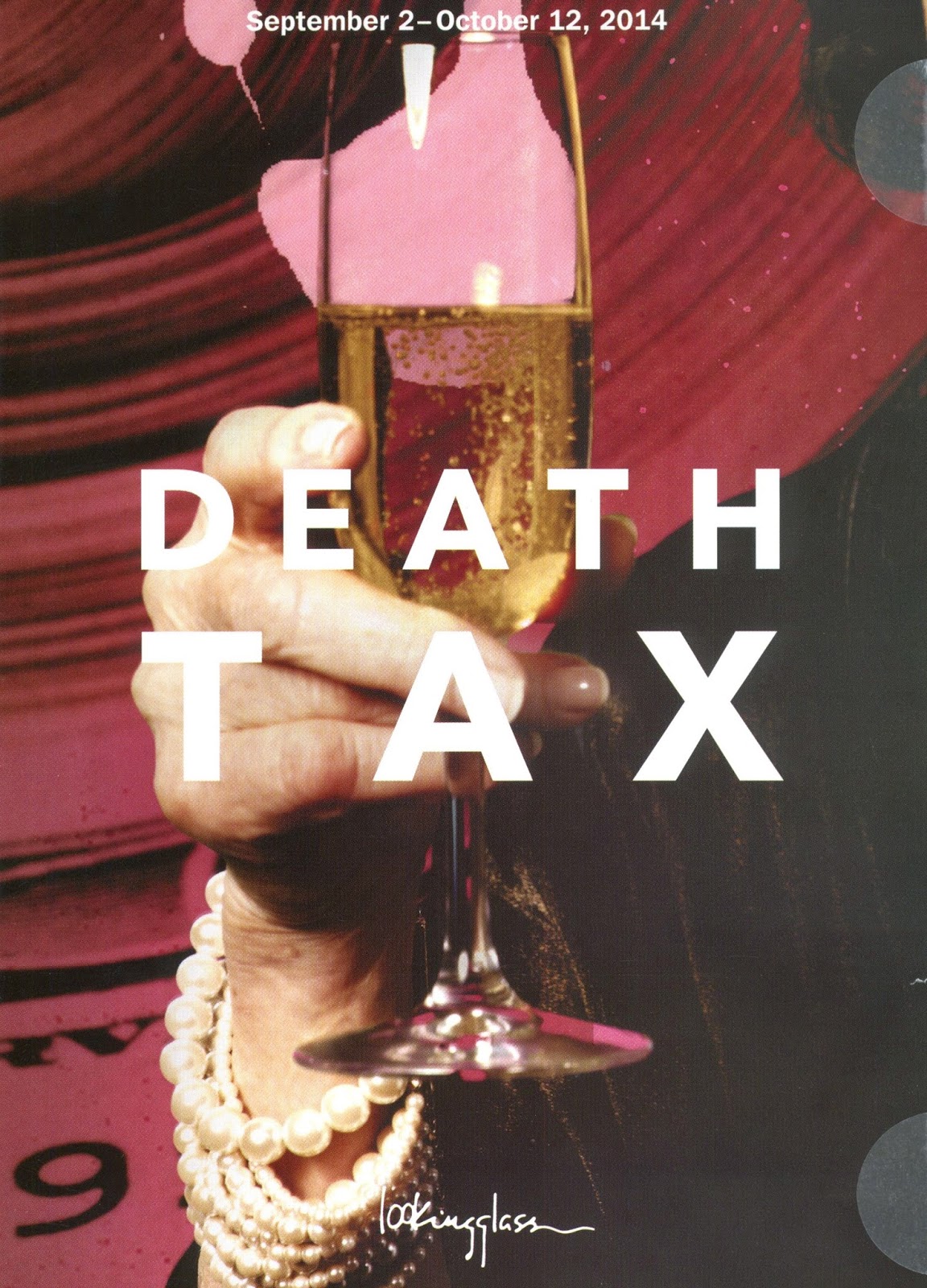 next up for reporting back to you - fall menu at 42 grams! coming Wednesday... then Senza on Friday night... and company for the weekend- guest room sheets changed and ready!
Posted by TOR at 6:31 PM