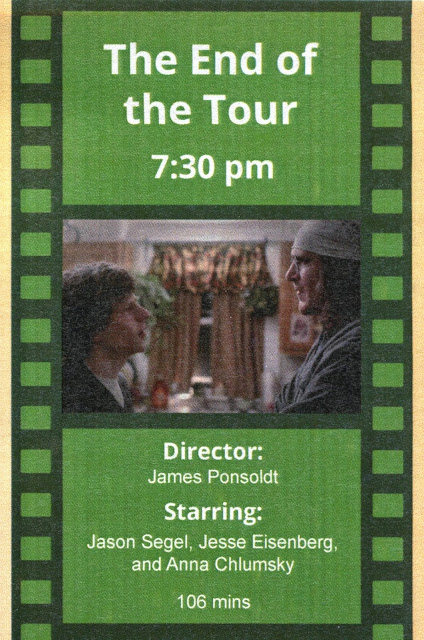 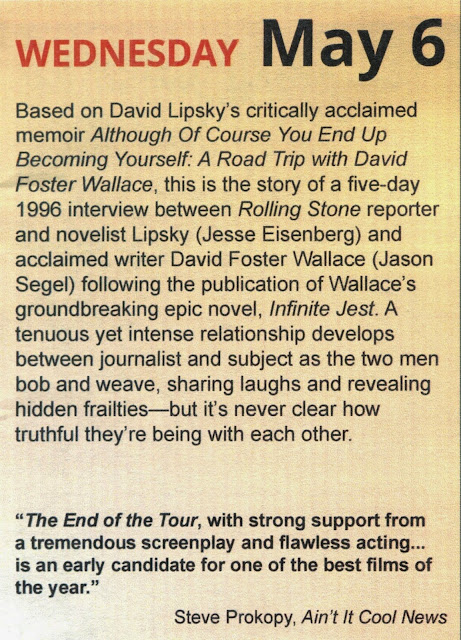 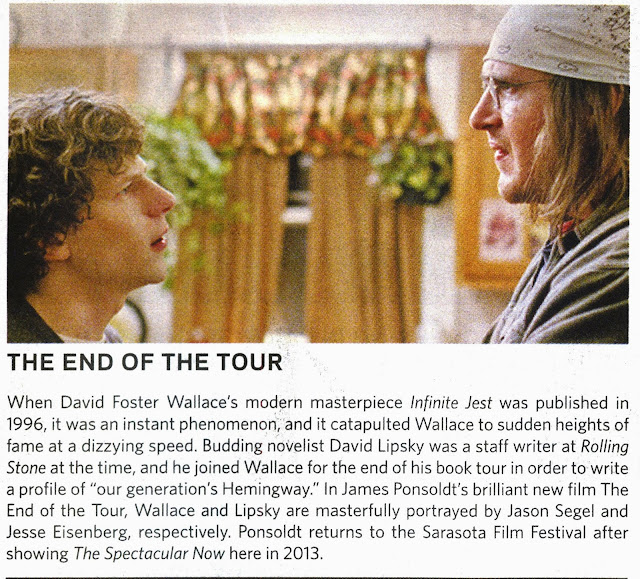 two excellent performances and my film review stands from the prior screening - but here's the thing, I almost called this post Infinite Sadness because that is pretty close to how it feels to lose someone as talented and brilliant as David Foster Wallace and even more because the actor who plays him bears a strong resemblance to a friend I loved and also lost to suicide.

I don't want to go on a huge bummer of a post or a diatribe about how horribly we treat mental illness in this country.  However I do want to admit that it took me a long time to be able to fully understand that if you have this type of illness you cannot just "pull yourself up by your bootstraps" and "WILL yourself to get better" - a  not unfamiliar reaction to mental illness that is mentioned obliquely in the film.  Depression is like any other chronic illness and is fought day by day like physical illness like hypertension or diabetes is - sometimes controlled by medication but not always and when not- sometimes leading to death.

The world of letters has lost a giant. We have felt nourished by the mournful graspings of sites dedicated to his memory, and we grieve for the books we will never see. But perhaps the best tribute is one he wrote himself

This is the commencement address he gave to the graduates of Kenyon College in 2005. It captures his electric mind, and also his humility—the way he elevated and made meaningful, beautiful, many of the lonely thoughts that rattle around in our heads. The way he put better thoughts in our heads, too. (Many thanks to Marginalia.org for making this available.)

Email ThisBlogThis!Share to TwitterShare to FacebookShare to Pinterest
Labels: "this is water" #endofthetour, #davidfosterwallace, david foster wallace, the end of the tour