This style of dining essentially offers the chef the choice of what to serve you based on what he feels best represents his skills, while using the freshest fish that is available today. Expect the chef to be innovative and surprising in the selection of dishes. The meal can be likened to an artistic performance by the chef.

we met our friends at Kuni's in Evanston on the early side - but found the sushi bar already nearly full! It turns out the Japanese Consul to Chicago and staff members were eating there and had the full attention of the eponymous Kuni. Still we managed to get a good meal despite his split attention.  We started with seaweed salad and oysters (the sake box was filled with very nice sake - about which I know not a thing....) 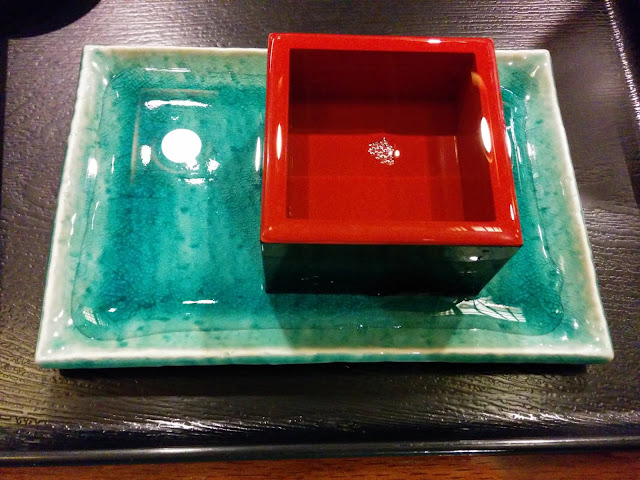 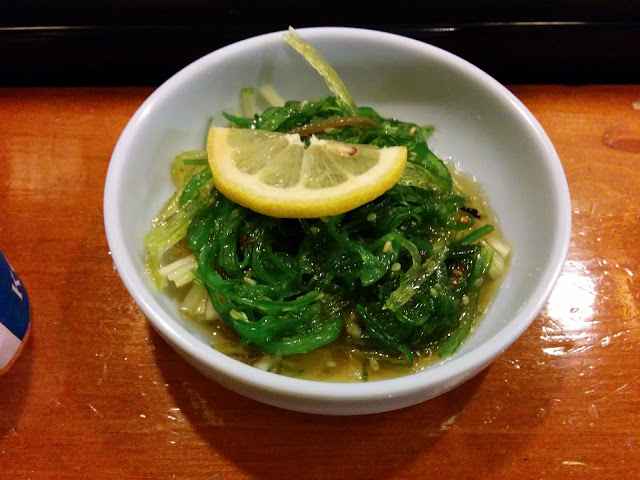 the oysters were terrific 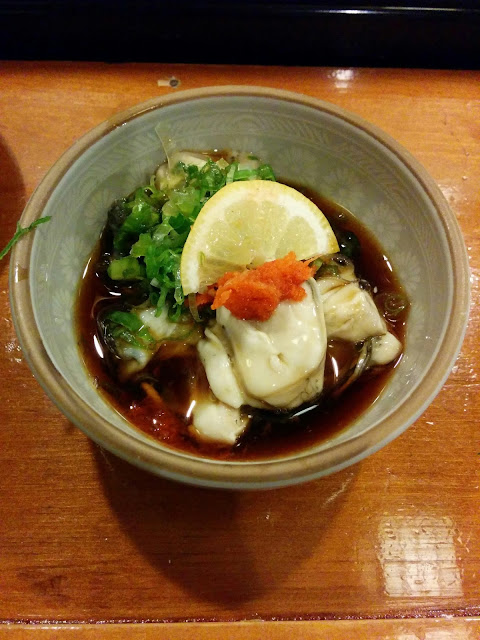 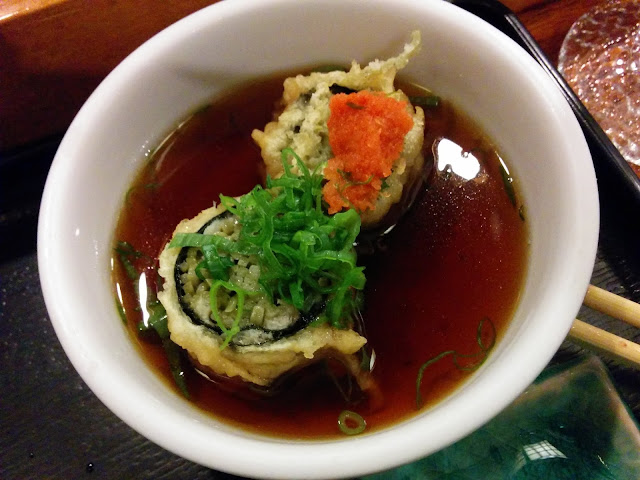 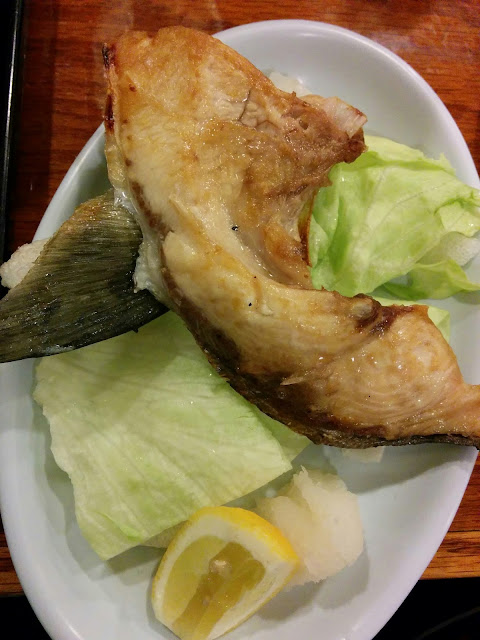 the next dish with quail egg and salmon and tuna and green onions was mixed up and the "glue" tasted just like glue  and was stringy and slimey all at the same time- clearly an acquired taste - our friend said not many "round eyes" like it---- so I fell in the category of true to form...LOL - next time I won't mix it up but just eat the parts I like LOL 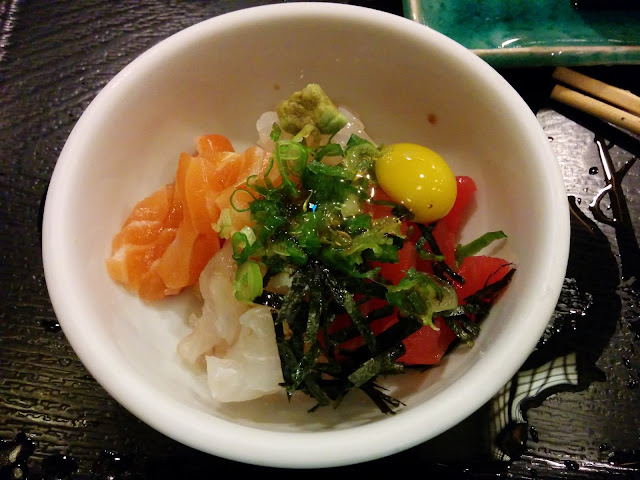 tempura shrimp balls - a great course to follow the challenging one - 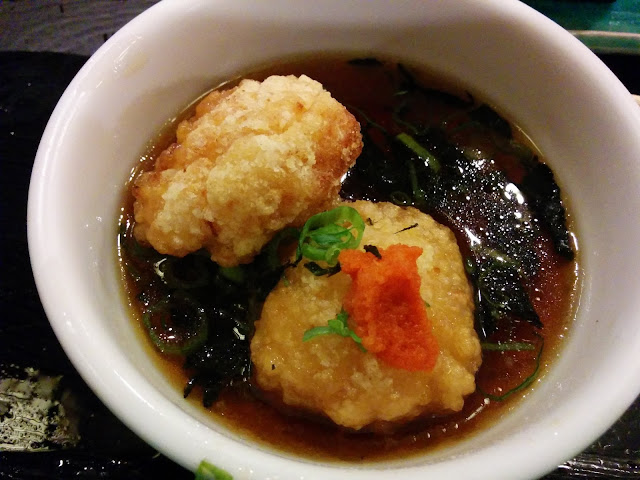 then on to sushi 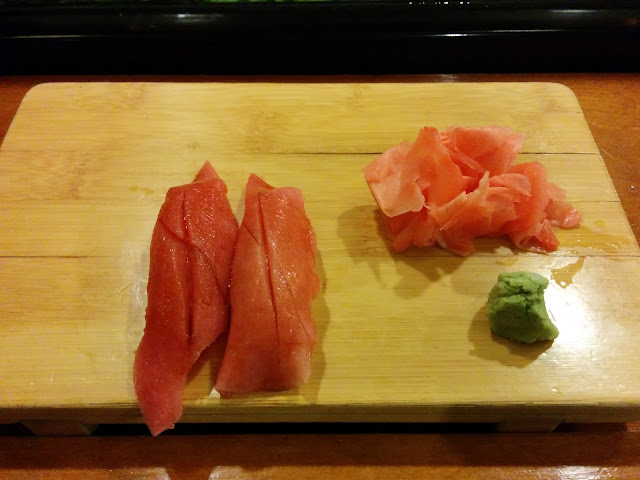 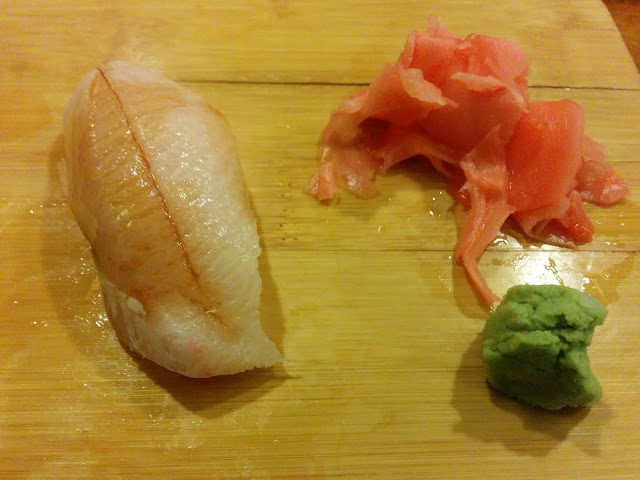 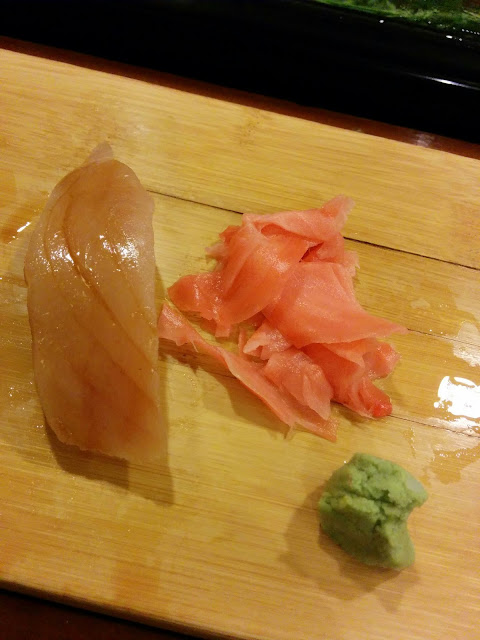 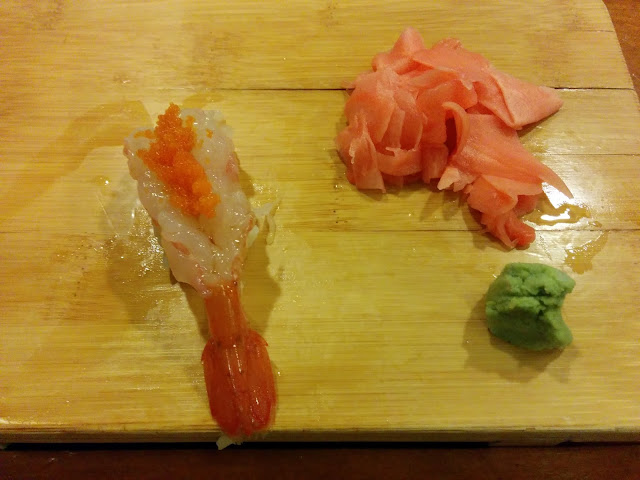 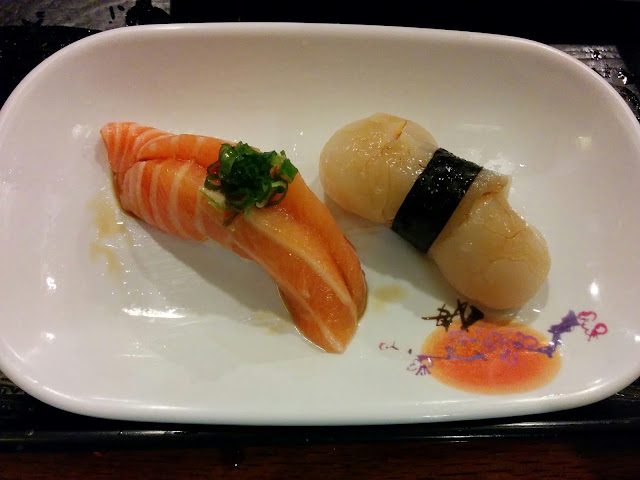 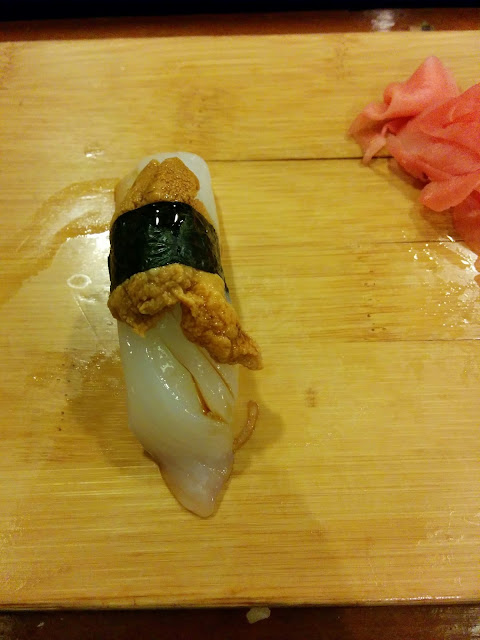 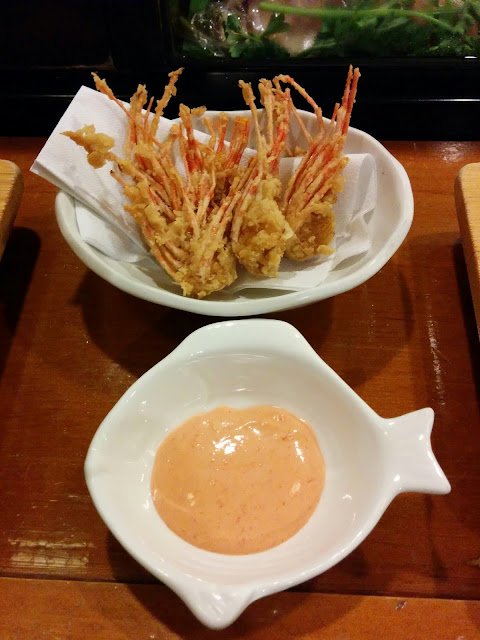 the palate cleansing end of a veggie roll - 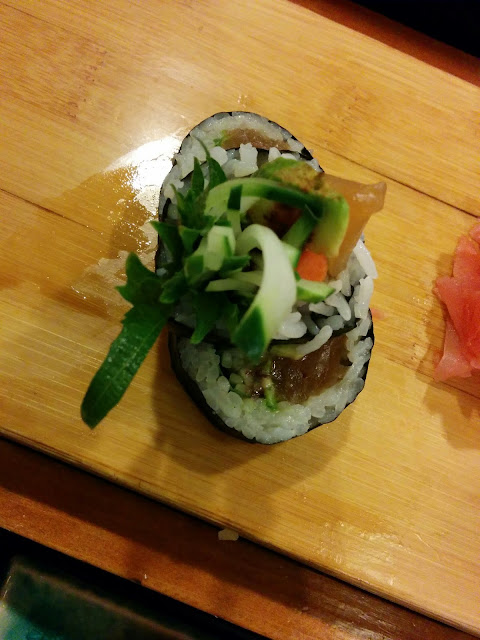 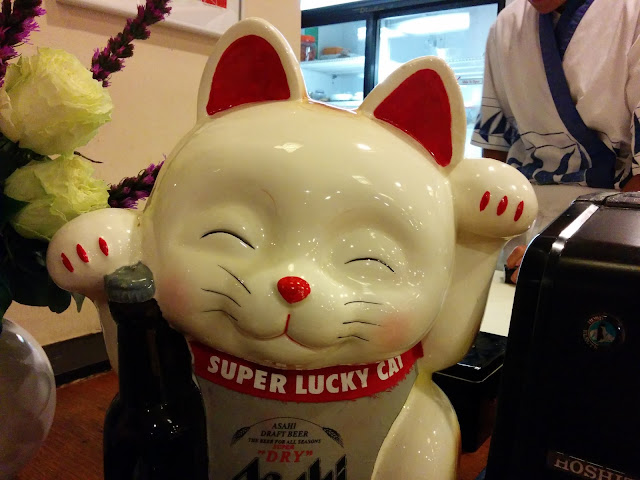 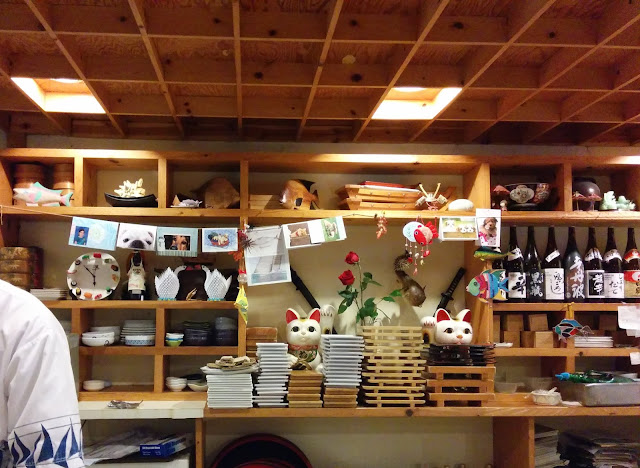 so we all had plenty to eat and when we left the restaurant we found it raining and the Blackhawks up 1-0.  A mixed bag...  tomorrow dinner with Ross and Dario and their darling almost two year old Andrea! We haven't seen them in ages so it will be good to catch up.  Then Monday a Chaine event at Eataly - progressive dinner through some stations and several of their restaurants... Wednesday the upcoming next menu: Tapas -  so a couple more meals before Phil leaves town... stay tuned.... 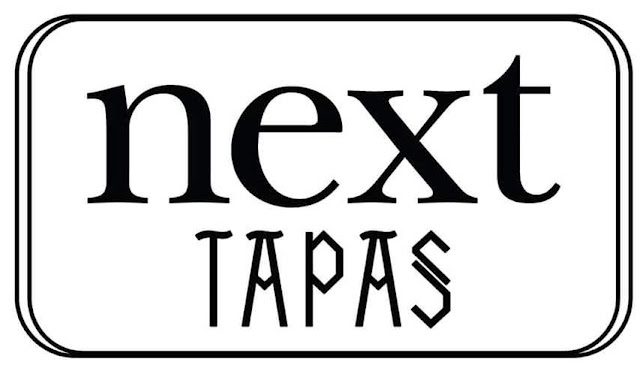