I almost hesitate to begin on this one... but in fairness to my open view policy - here goes. Last night we saw Bad Jews at Theater Wit. I am really at a loss here- this play was seriously funny in an awful way. I laughed harder than I have laughed in the theater in ages. Some of the laughter was mirthful and some was in horror- sheer horror of what the characters were saying to each other.

better get the disclaimer out of the way first- as I have mentioned before I am a-religious (as in have none) and so I hesitate to criticize other religions and won't here but what I will criticize is fanaticism in any form.  My personal experience in life has been that anyone who TELLS you that they are a good Christian probably isn't really, and quoting scripture - the Koran, the Bible, the Torah has in my experience been used as a sword for bashing some other point of view.... yet I know truly good people who are devoutly religious - just not PUBLICALLY so. And I am less open when someone is SELLING me a point of view or belief  than demonstrating living that tenet.

But on with the review- the play has four characters- Jonah (who seems clueless about how to stand up for himself) his brother Liam (who stands up just fine) their cousin Diana (who insists on being called by her Hebrew name- a monster in religious fanatics clothes) and Liam's girlfriend Melody (a innocent bystander in pretty much all ways.)

Here is a blurb from the website about the play-

Nothing brings out the worst in a family like a funeral. Daphna is the most devout Jew in the Feygenbaum family. (Just ask her.) Her cousin Liam is the most deserving first-born. (Just ask him.) Don't ask Liam's brother Jonah anything. In this savagely funny comedy, long standing (and not-so-buried) antipathies boil up in a battle between two cousins over a treasured family heirloom. Stir in the identity curation and you get one of the funniest, wisest, most excruciating plays you'll see this year.

From the opening lines of the play Diana is mean, dishonest and manipulative but she uses her extreme Jewish beliefs and ethnicity to justify some of the most egregious behavior to her relatives you could ever imagine.  She is a shrew who uses her religion to put others down and make herself right and everyone else, not only wrong, but a less worthy person than she believes herself to be.  She is the ultimate "Shonda before the Goyim" type that makes assimilated Jews cringe and anti-semites smirk victoriously. There is no way to begin to describe how ghastly this woman is.  Her horrific behavior peaks when she physically attacks Liam's fiancee for a piece of jewelry she believes she should have as the "uber Jew" in the family.

The set up for the interactions is the death of the beloved grandfather, Popi, a holocaust survivor who brought only one thing out of the camps with him a small gold Chai which he had kept under his tongue for the two years to hide it from the Nazis. This symbol had a family history as substituting for a ring during proposal of marriage and it is to that end that Liam acquires it to propose to Melody even before Popi dies.

Diana loses all sanity about Liam having the Chai and even more so about bestowing it as an engagement token upon Melody (a sweet and innocent non-Jew of typical mixed Northern European American immigrant background)  Diana berates all present that only SHE could be the rightful heir to this religious symbol based upon her (and hers alone) piety as a Jew.  Liam makes lucid points about the flaws in her alleged beliefs.  This isn't an intellectual argument; it's a civil war.  And to give due where it should be given - Diana makes a cogent argument for the necessity of having some of the population be of deeply held conviction if the religion is going to survive another 5,000 years.

Where she, and the play, fails - she is not that person- she does not have any of the goodness that the truly pious have - she is the ultimate narcissistic, egocentric, resentful, envious, righteous character and she will do anything she needs to do to manipulate to the outcome she wants including completely fabricating stories from whole cloth.

There are many discussions that could and should be had about the problems of assimilation and the loss of religious identity - especially in view of the historic costs of holding those beliefs that the Jews have borne. This is not that discussion.  It is however a dark, blackest of black, comedy that brings forth sharply defined reactions to the characters and their situation.  And it is continuing its run in Skokie when it leave the Belmont Avenue based Theater Wit. 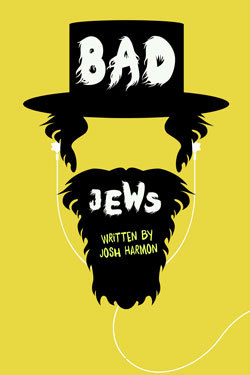 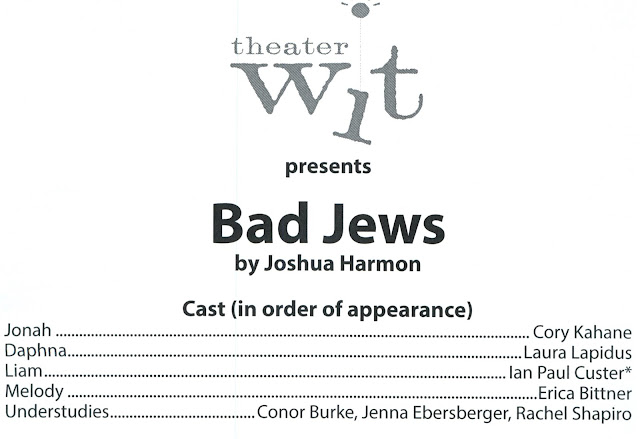