Off to the theater tonight for a thoughtful play about a funnyman at the end of his comedic career who is forced by a daughter to reveal long suppressed memories that shaped his life... 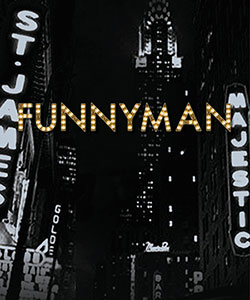 New York City, 1959. Fading vaudeville comic Chick Sherman, along with his long-suffering agent, tries to revive his career with a role in an avant-garde off-Broadway play. While his grown daughter searches for answers from her absentee showbiz father, a lifetime of private and professional struggles rise to the surface, cracking the polished public persona of the world's favorite former "funny man."


the Theater Guide gave the more detailed synopsis - from Northlight's website -
It's  1959  in  New  York  City.  Chick  Sherman, a famous comic in  his  sixties, finds  that his offers for  work are  dwindling. His agent, Junior, tries  to talk  Chick  into taking some time off.  Junior mentions that has received a call  to meet with a big-time director, but  it's  not the  kind of show Chick  is used  to-it isn't  a comedy.

Katharine  Sherman,  a   bright  young  woman  in   her   twenties  and   Chick Sherman' daughter, works as an  archivist at  Carnegie Hall  with a charismatic young man  name Nathan Wise.  She deflects his  romantic pursuits with questions about his  parents an what they might know about her father's life.  After having been  kept at arm's length fo so many years  by  Chick, Katharine is hungry for  information.

Junior meets with the   director, Matthew, but   is  confused as  to why he  wants  Chic Sherman in  a show that  is  not   a  comedy and that will not run on Broadway. He is convinced, however, that this will  give Chick  both a new  edge and  a new  audience, two things he  desperately needs. Managing an agreement between Chick and the director proves to be harder  than Junior  thought.  When the   two  finally meet, it  become apparent that Chick and Matthew have very different ideas  about the play. After a uncomfortable encounter with the  playwright, Victor La Plant, Chick finds himself even more conflicted in his decision whether or not  to sign onto this risky, avant-garde play.

After coming home from her search into her father's life empty-handed, Katharine decides to confront Chick  about his distance, and forces him to open up to her.  But as soon as they begin to make some headway, Nathan shows up to take Katharine out to the dinner that she finally agreed to.

The  next day, tensions are as high as ever around the Sherman apartment when a brutal argument breaks out  between Katharine and  Chick. Katharine is more determined than ever  to find out anything about her  father's early life.  In her continued search into his past, Katharine corners Junior for information; but Junior confides that Chick doesn't like to talk about the past, even with him.

Chick's involvement in LaPlant's In Lucy's Kitchen is announced in a press conference. When Matthew, Victor, and Chick meet for their first rehearsal, they argue and very little gets accomplished. Chick and Victor on one side and Matthew on the other. Chic becomes discouraged and tries to back out, but Junior won't let him. When little improves by the second rehearsal, Matthew suspiciously resigns, citing a "scheduling conflict" while the other two set out to stage the play their way.

Katharine's search comes to a disturbing discovery and she finds herself unsure of what to do with the information she has found. She decides to wait for the right moment to confront Chick with this new-found evidence. She clearly did not know that what she would uncover about her father would both shock her and lead to a new level of understanding between father and daughter.

Chick and Victor's show finally opens, and the show is a hit!  Everyone is excited, but Chick is more relieved than anything. After so much difficulty, he has finally found peace in his career and as a father.

The play had moments that were really funny and was incredibly touching - we laughed - we cried...there were terrific performances all around- but this was Wendt's play- pure and simple - he drove the vehicle as a masterwork.  Well recommended, one of the best we have seen at Northlight since one of my all time favorites "Better Late" 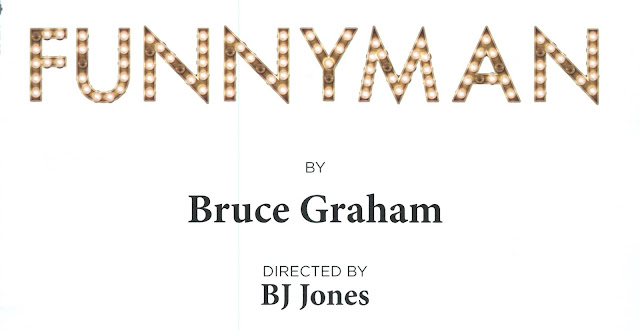 some more from the guide the theater publishes on their website- 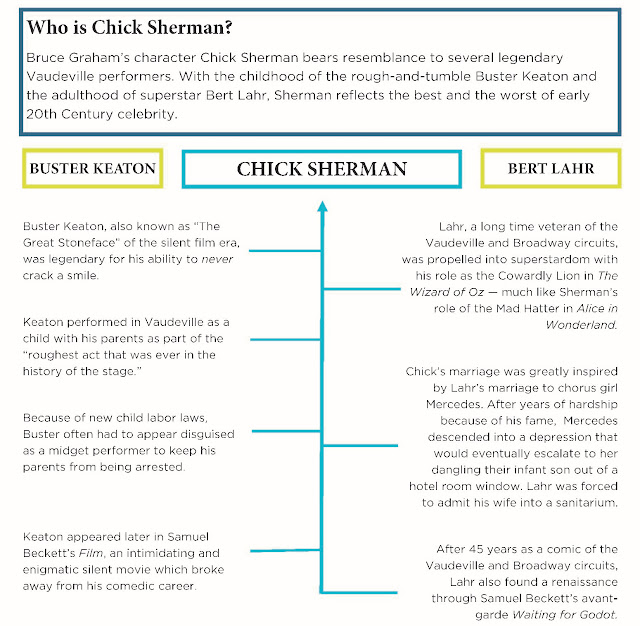 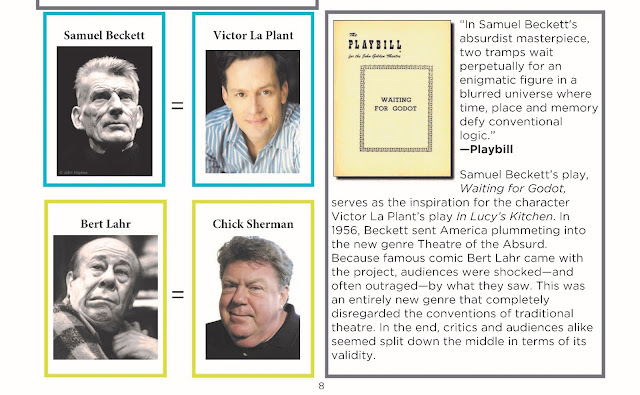 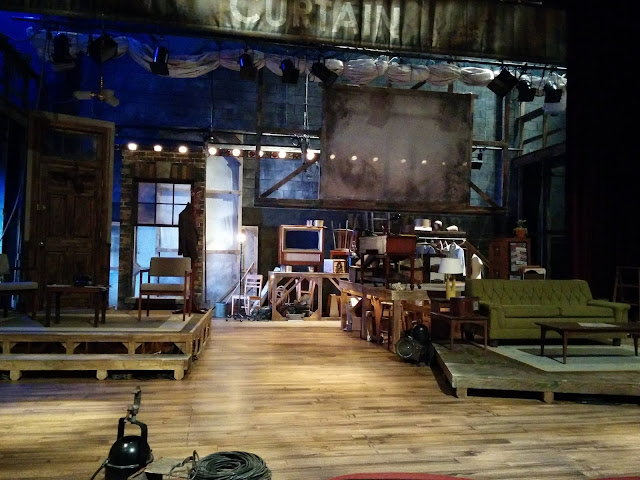 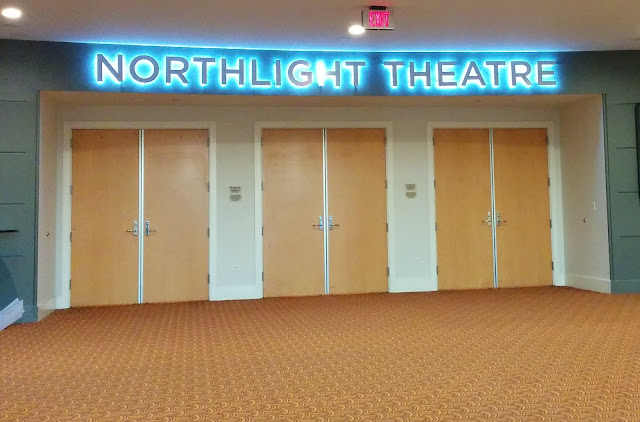 so this one is one to watch for - or if you live in the Chicago area- make a real effort to see this before it closes- it was worth spending an evening getting to know these characters and their stories...
Posted by TOR at 10:46 PM