From their website: Rex Fowler and Neal Shulman have spent a lifetime of making music together as the folk/rock duo, Aztec Two-Step. After taking their name from a poem by beat poet Lawrence Ferlinghetti (Poem #9 written by Lawrence Ferlinghetti from A Coney Island of the Mind) and with four plus decades as staples of progressive FM radio, major record deals and non-stop touring, Rex and Neal continue to impress audiences with intelligent songwriting, dazzling acoustic lead guitar and soaring two-part harmonies.

The story of Aztec Two-Step is intertwined with the history of folk/rock music in America. Originating from a chance meeting at an “open mic night” in a Boston folk club in 1971, Rex & Neal’s first four albums on Elektra & RCA Records helped usher the music of the 60’s into the 1970’s and beyond, leaving an indelible mark on the musical genre. As their recording career continued, so did the critical acclaim. In 1986, their album “Living in America” was named in Billboard’s year-end critic’s poll. It also received the New York Music Award for the Best Folk Album. 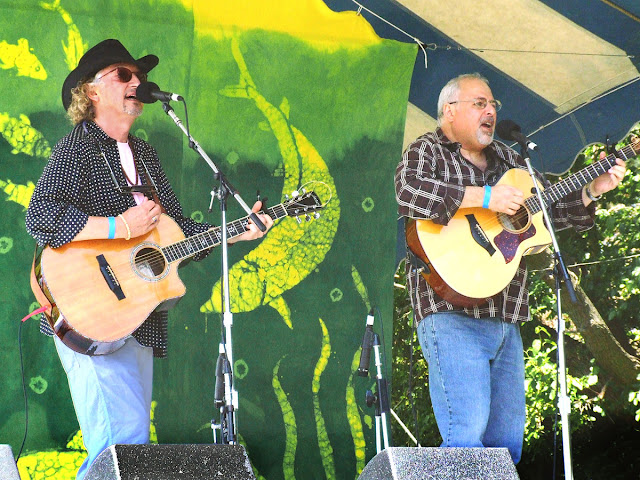 Aztec Two-Step at the Clearwater Festival 2007 (New York) on 6-16-07 photo by Anthony Pepitone. Rex Fowler at left and Neal Shulman on the right 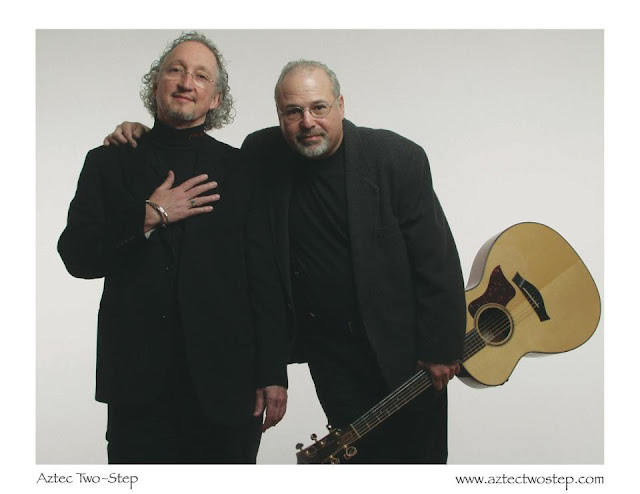 they have been playing together 45 years... quite an amazing feat... and obviously these two are not youngsters but they did manage nearly two dozen songs for us in two sets tonight.  my review is quite simple- I kept recognizing snippets of the melodies of other songs and while a number of the songs had good lyrics (Cockroach Cacophony comes to mind) most of them just didn't make it to the level I would say- STOP what is that song!... I found it funny that the PBS show made about them was shown on "several" PBS stations and called "No Hit Wonders" LOL so bottom line to me- too derivative to be more than an evening's entertainment despite being an excellent evening's entertainment. 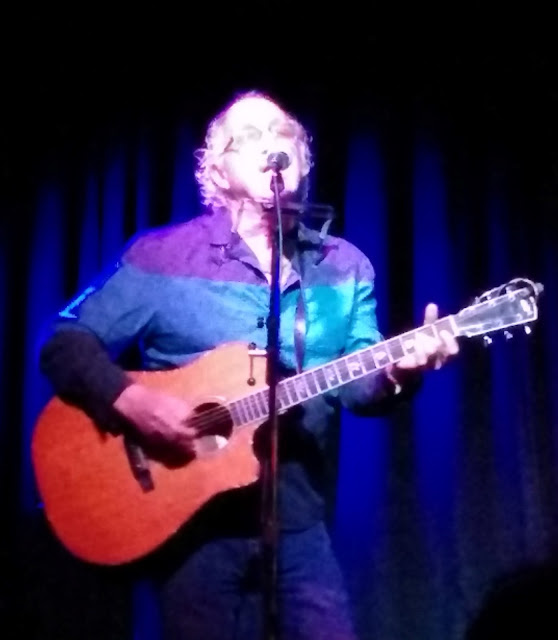 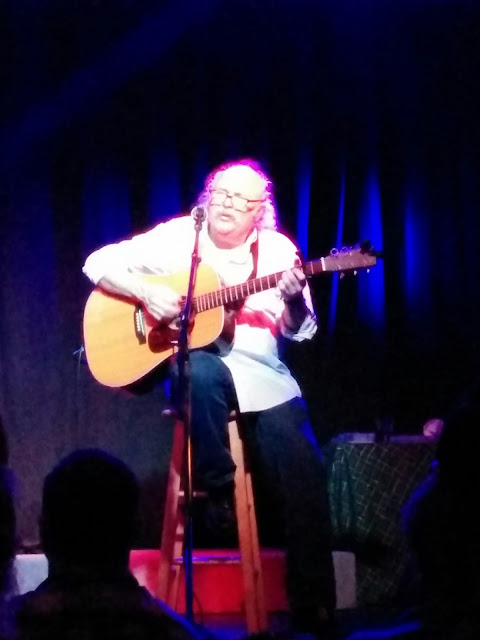 some merchandise for sale- 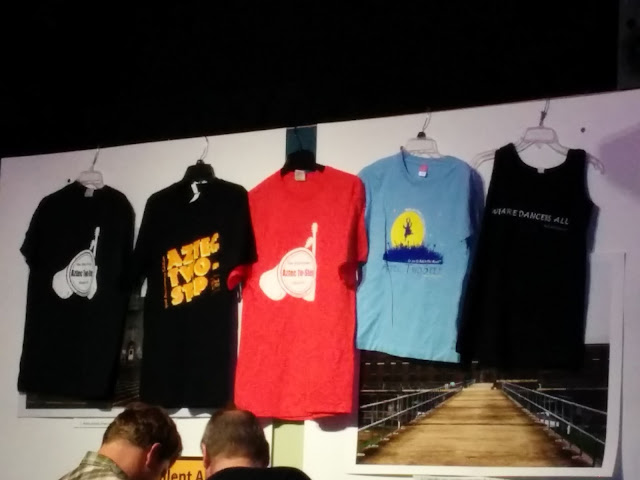 last year I wrote a post about aesthetic arrest - and that is exactly the kind of phenomena I look for in a song I would label "great" -  an example- the first time I heard Tanglewood Tree which was a 100% knock your socks off song... and even with that, it isn't like Dave Carter & Tracy Grammer are household names LOL...


and I WILL end the post with the poem quoted from Ferlinghetti's "Coney Island of the Mind" (which I did own in high school- and who didn't if you of a "certain age"?) and if you by some chance want to hear Ferlinghetti reciting his poem - the home page of Aztec Two Step has the mp3 embedded at the bottom of the page- if you just read it to yourself - do it with a "beat" kind of rhythm (a la Maynard G Krebs) LOL


“See
it was like this when
we waltz into this place.
A couple of papish cats
is doing an Aztec two-step

Wow I says
Only the next day
she has bad teeth
and really hates
poetry.”

― Lawrence Ferlinghetti
Posted by TOR at 12:22 AM