So we left on a Wednesday night for Copenhagen- where we met up Thursday night with our dear friend Aase to spend a couple of days with her, we also planned to see friends Poul & Lene and his nephew Martin, Martin's wife Susan, and their kids Thomas and Emma.  Then the following day (Sunday) we would be off on a sea voyage around the Baltic Sea. 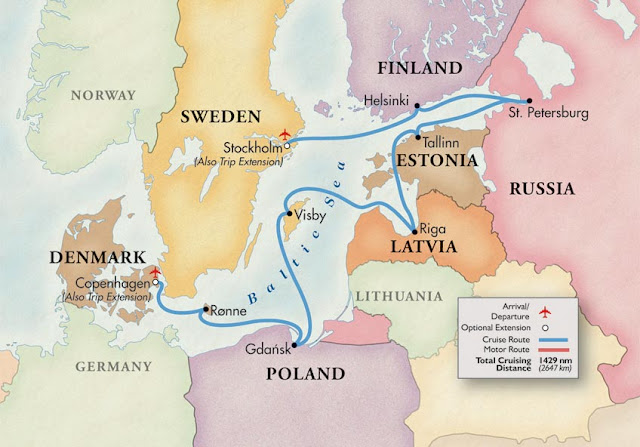 New to me were Ronne and Visby and Gdansk- all in COUNTRIES we have visited but new cities and new to Phil will also be Tallinn and Riga.

one of the things we had planned to do was to visit the "amusement" park called Bakken to see the reproduction of the town of Korsbaek - the setting of the beloved series Matador. 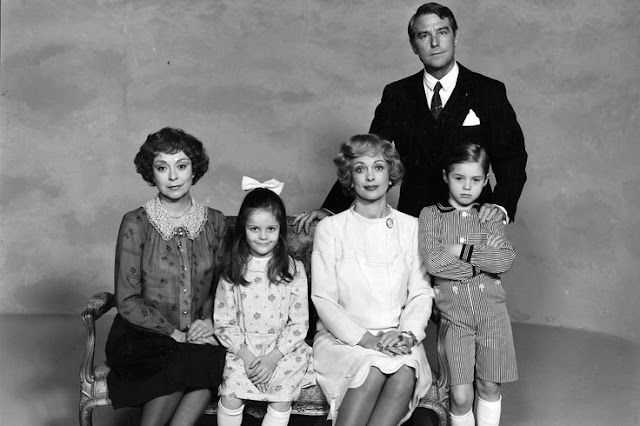 the Varnaes family and the Skjern family - the two main families of the series.... 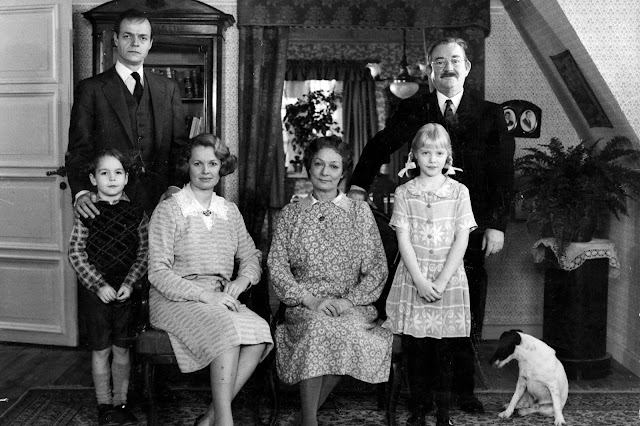 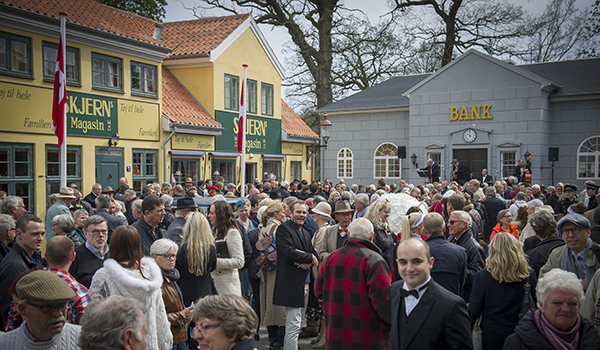 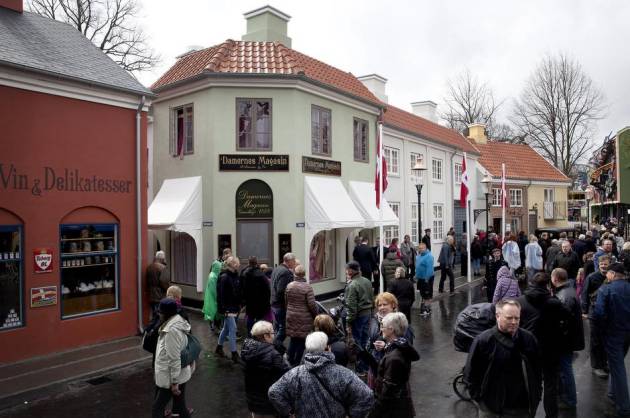 the "nice" restaurant in town- 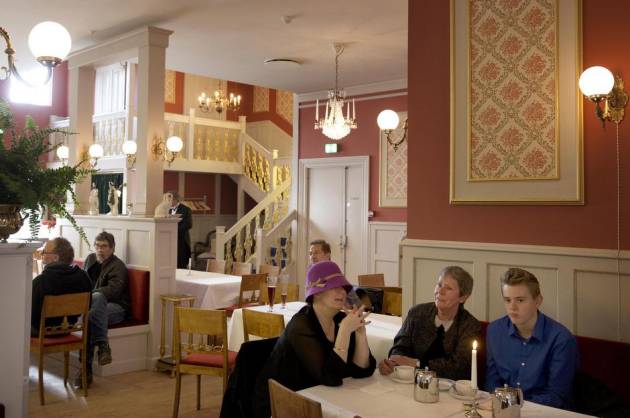 the cover of the DVD set- 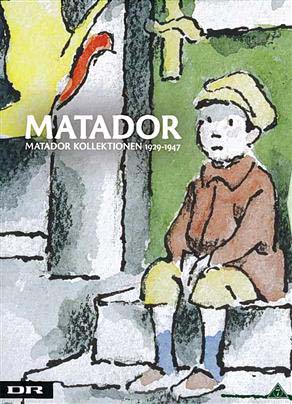 Matador is a Danish TV series produced and shown between 1978 and 1982. It is set in the fictional Danish town of Korsbæk between 1929 and 1947. It follows the lives of a range of characters from across the social spectrum, focusing specifically on the rivalry between the families of two businessmen: The banker Hans Christian Varnæs, an established local worthy, and social climber Mads (Andersen-)Skjern, who arrives in town as the series opens. The name Matador was taken from the localised edition of the board game Monopoly, also the series' tentative English title. In addition, in contemporary Danish a "matador" is often used to describe a business tycoon, in the series referring to the character of Mads Skjern and his craftiness as a self-made entrepreneur.

The series is one of the most well-known and popular examples of Danish television and represents the peak of longtime development of Danish TV drama by the public service channel Danmarks Radio.  The series has become part of the modern self-understanding of Danes, partly because of its successful mix of melodrama and a distinct warm Danish humour in the depiction of characters, which were portrayed by a wide range of the most popular Danish actors at the time; but also not least because of its accurate portrayal of a turbulent Denmark from around the start of the Great Depression and through Nazi Germany's occupation of Denmark in World War II.

The first edition of 12 separate DVDs with two episodes each has been one of the most sold in the country's history and surpassed a total of 1 million sold copies in 2005.  A second 2006 13-DVD region 0 box set also included English subtitles for a wider audience. The series has been broadcast in more than 20 countries worldwide. (from wikipedia)

The DVD set was a gift from friend Aase to Phil on the occasion of his 60th birthday and we both have watched the entire series and LOVED it.  So when we found out there was a reproduction town to visit we were on board immediately! 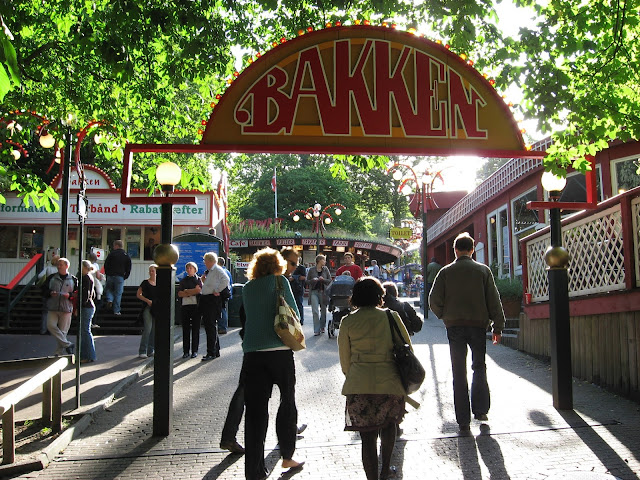 We also had the presence of mind to make a few reservations for meals before leaving the US. 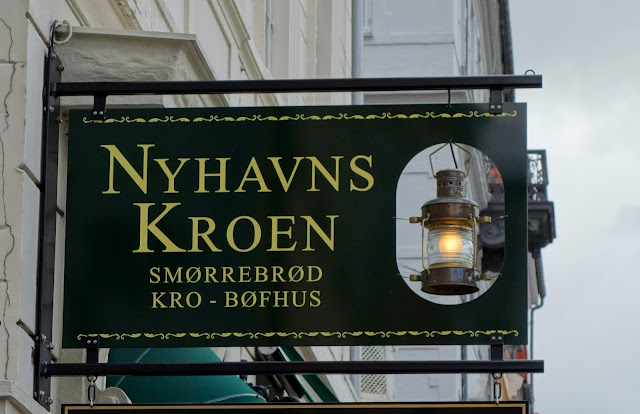 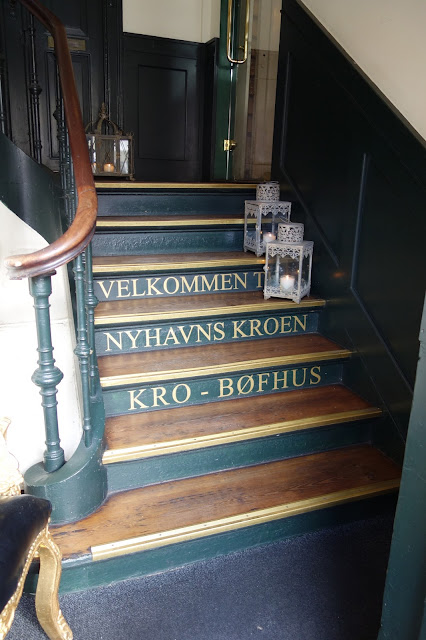 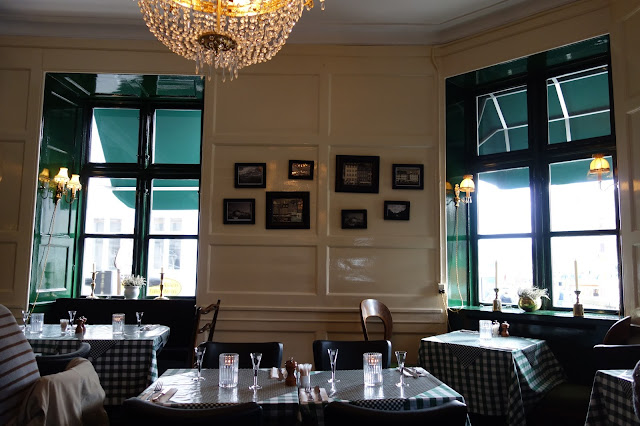 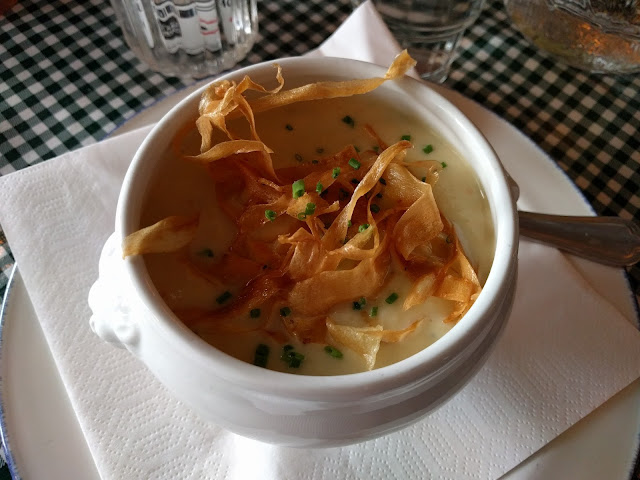 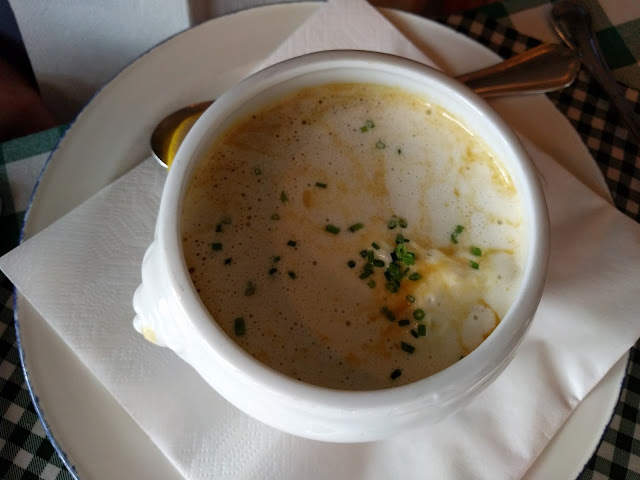 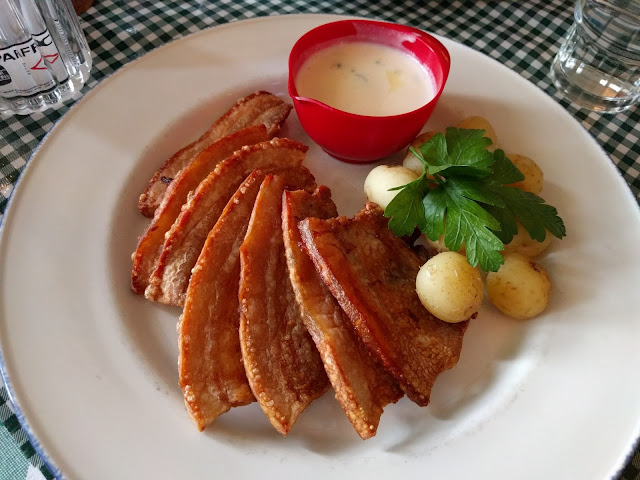 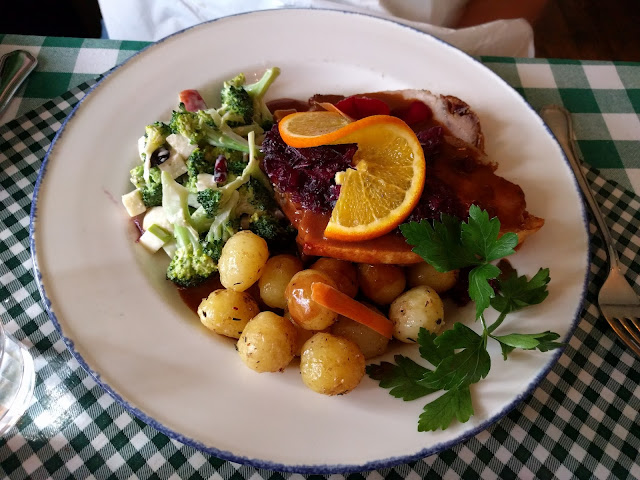 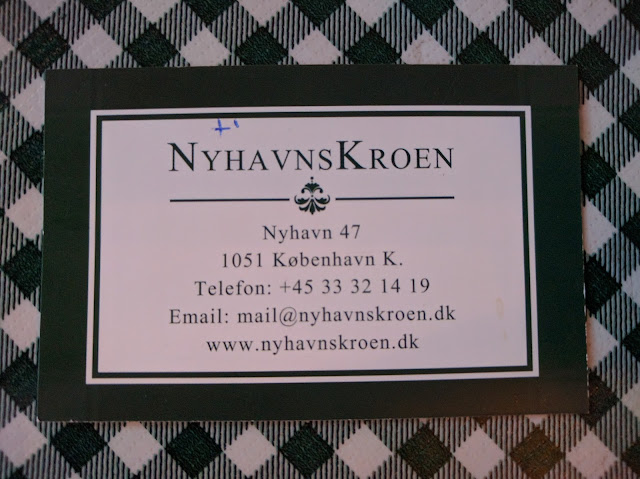 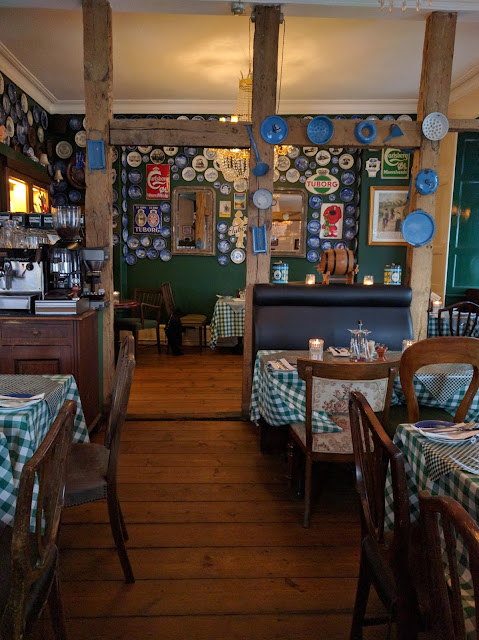 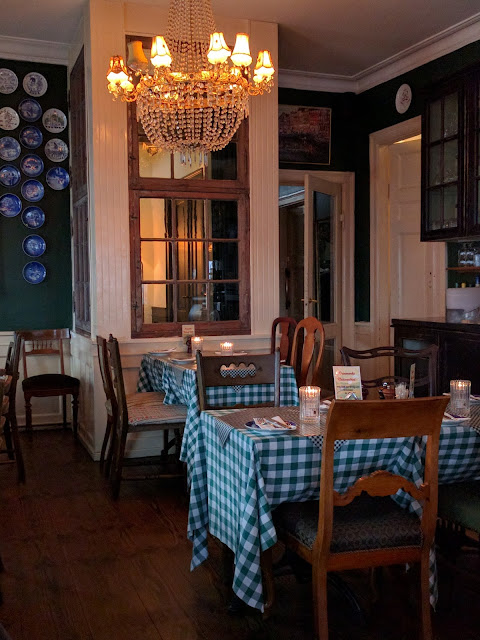 Phil and Aase at dinner- - friends for decades- 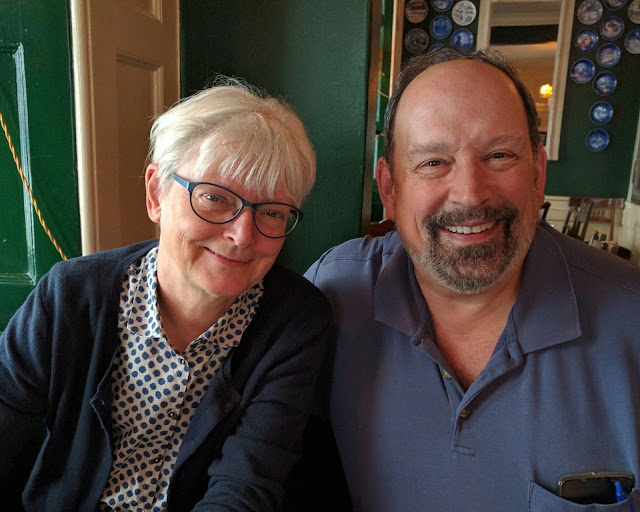 We said goodnight to Aase and headed back to the hotel - since we hadn't napped we were more than ready for an earlier night... the next morning and actually the entire day - of Friday would be very busy- a smorrebrod lunch and a trip to Bakken and an evening dinner at a local restaurant called Den Lille Fede.  Then we say farewell to Aase and on Saturday we meet up with the Hansen group- Poul & Lene, nephew Martin and his wife Susan and their children Thomas and Emma for an evening at STUDIO.... Stay tuned....
Posted by TOR at 12:57 PM