before we go back

here is the place - (all photos from the Internet)

the outside off Michigan Avenue 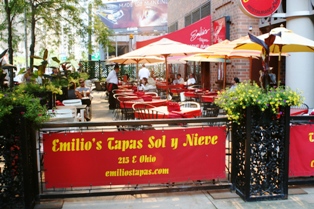 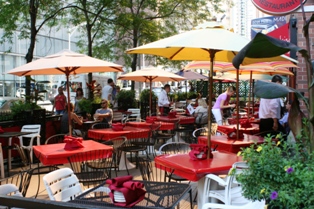 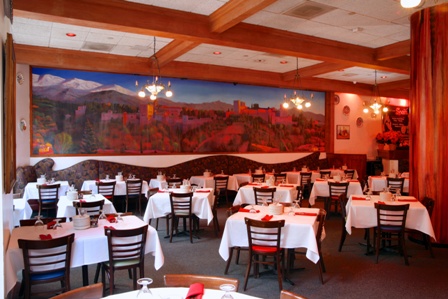 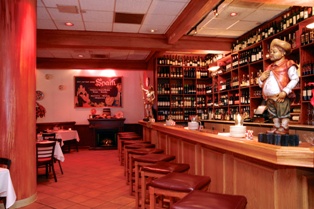 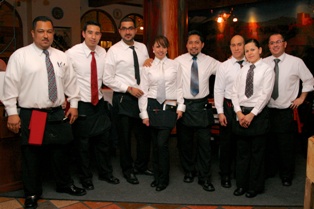 the menu we had for the dinner tonight- all excellently prepared dishes and extremely plentiful portions!

the appetizers included the chorizo and the chicken croquettes 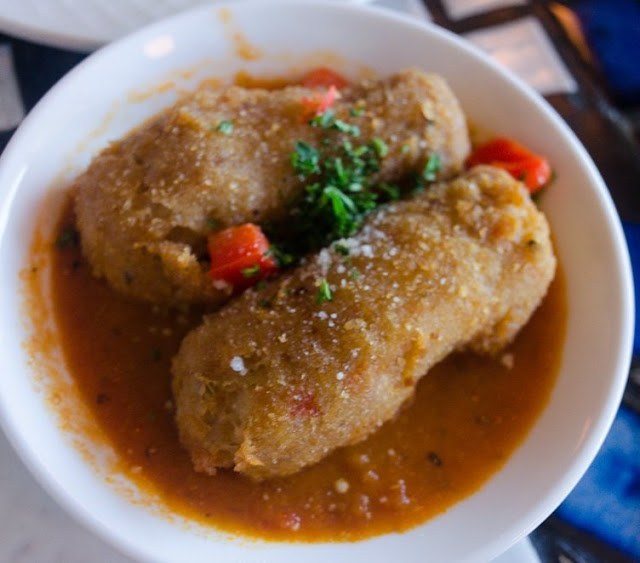 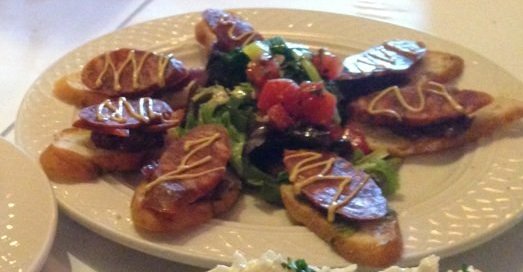 from the cold section of the menu- 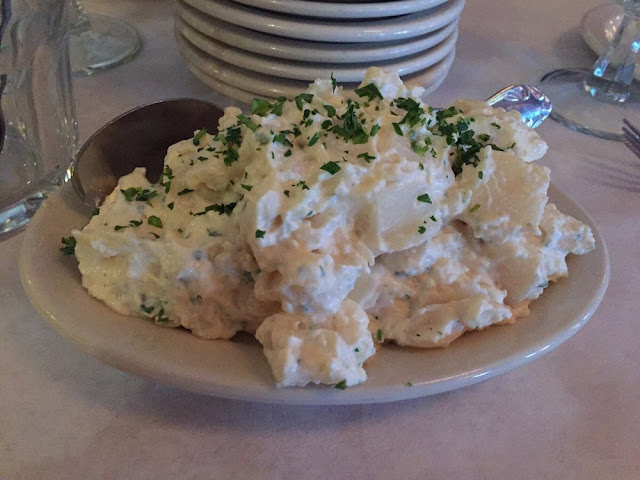 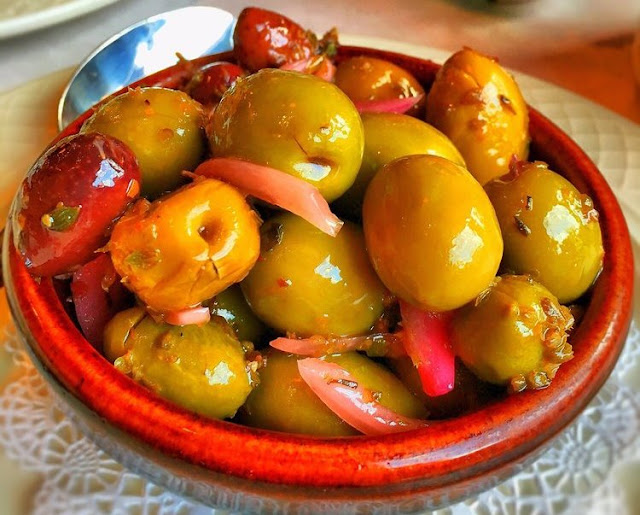 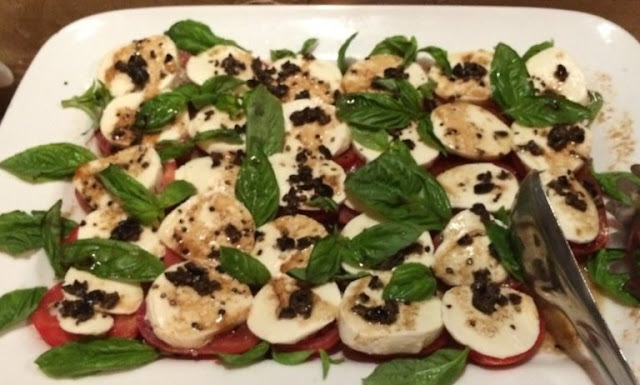 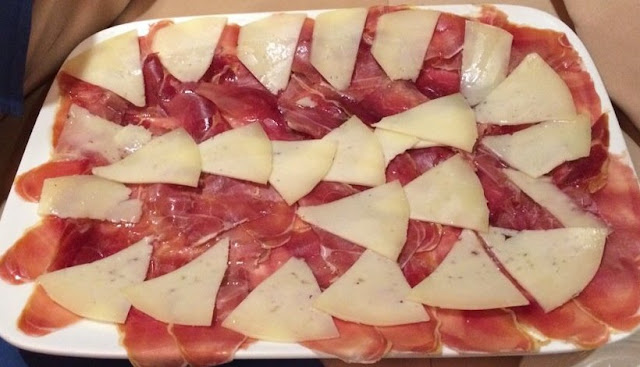 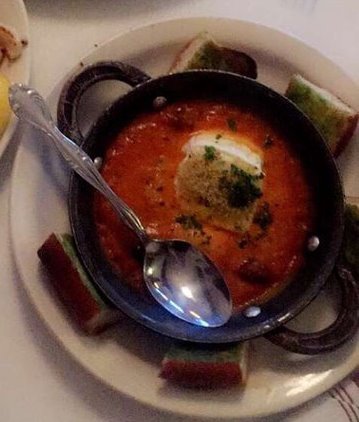 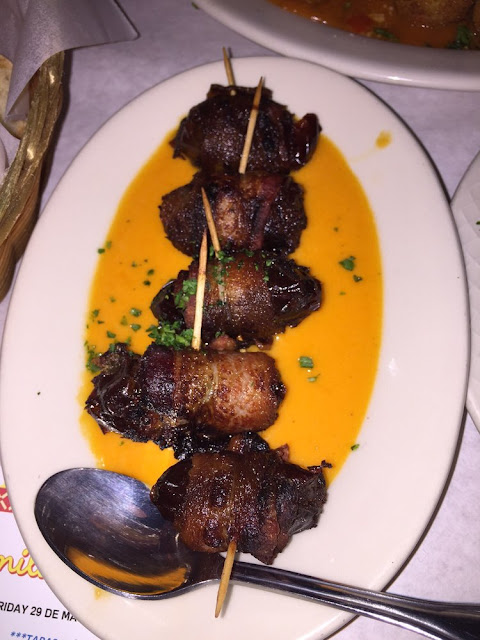 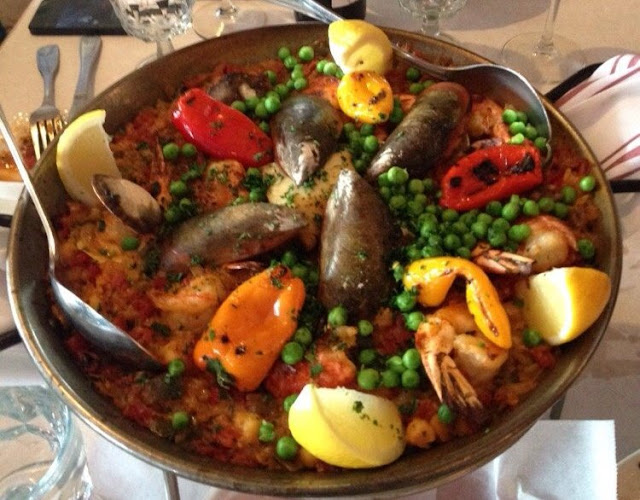 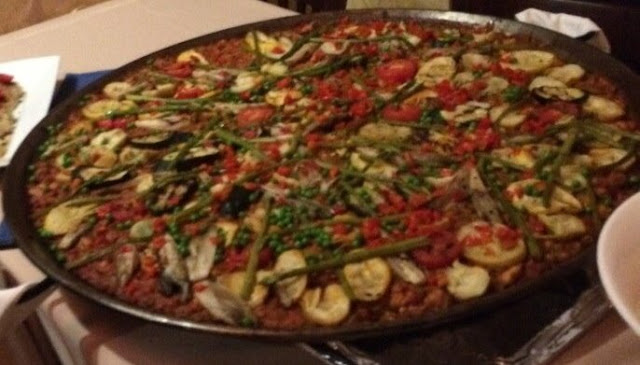 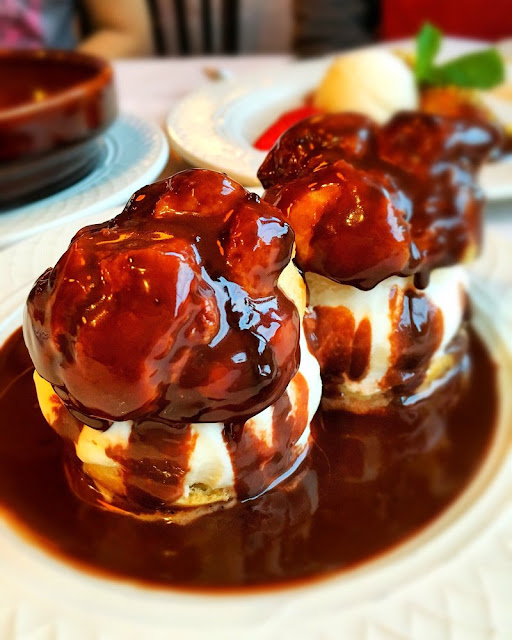 the chef de cuisine at this location is 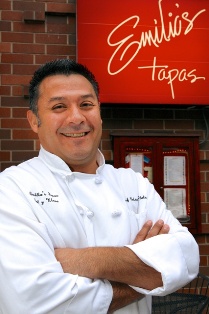 Meet Chef Crispin Plata our Executive Chef at Emilio's Tapas  "Sol y Nieve".
As a young man he immigrated to the United States and he was living in Chicago when an opening came up in a new Spanish restaurant. He rushed to apply for the job.  The chef that hired him that day was Chef Emilio and they have been working successfully together for over 25 years.  Crispin says that Chef Emilio's belief in him is what really helped him to be successful as a professional chef.

Chef Emilio's talents constantly amazed him and Crispin continues to look up to him.With Chef Emilio mentoring him, Crispin was able to learn from the best, and with the  Tapas King of Chicago's encouragement Crispin was able  to grow and become the award winning chef he is today. Chef Crispin's passion for great tapas has made our  downtown location the place to be and be seen.

And Chef Emilio couldn't be more charming if he tried- it turns out we have a lot of things in common - he used to work in Sarasota and knew Michael Klauber when he was a kid! He worked at the Colony, worked at Columbia and knew Cafe l'Europe and Euphemia Haye's - he also worked with Kiki and lots of others... we had a great time discussing the food scene in both our home locations! 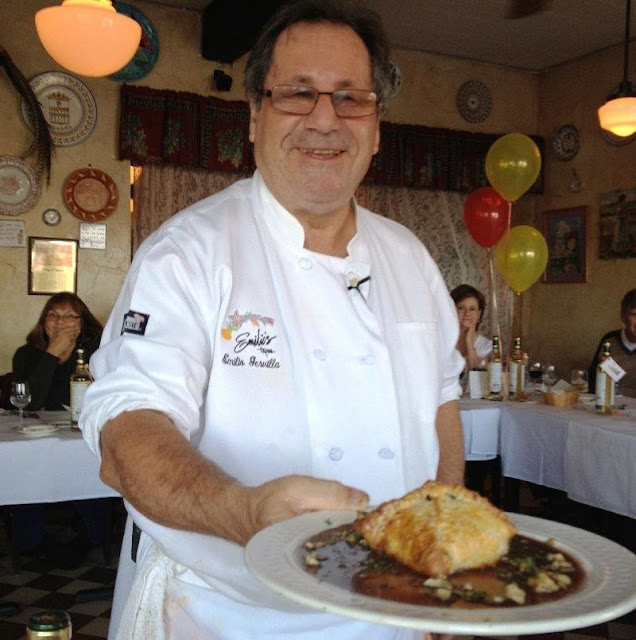 Meet Chef Emilio Gervilla, a native of Granada, Spain, has long been known as Chicago’s “Tapas King.” He’s responsible for putting Spanish small plates on the map locally, and he continues to oversee daily operations at his two Emilio’s Tapas restaurants, in Chicago and Hillside.

Emilio comes by his love for Spanish cuisine honestly. He spent an idyllic youth nurturing his passion for cooking at his grandfather’s Granada-based bakery and tapas bar. His early love for food developed into a lifelong career path; he completed several chef apprenticeships throughout Spain, adapting recipes from each region to create his own unique take on tapas.

In 1973, Emilio brought his enthusiasm for the flavors of his homeland to the United States. Between 1980 and 1988, he blended Spanish flavors and American tastes for several restaurants under the ownership of Lettuce Entertain You Enterprises. Under Emilio’s influence, LEYE opened Cafe Ba-Ba-Reeba in 1985. As chef there, he introduced Chicago to its first Spanish tapas bar and became directly responsible for the concept’s growing popularity. In doing so, Emilio achieved his personal dream - to head his own restaurant, where he could introduce people to his personalized style of Spanish cooking.

In 1988, Emilio took his dream a step further by opening the first tapas bar with his name on it. Emilio’s Tapas Restaurant in Hillside was soon packing in the crowds with simply-cooked small plates that feature complex Mediterranean- and New World-inspired flavor profiles. The buzz surrounding the place was so positive that in April 1999, Emilio opened a more centrally-located eatery, Emilio’s Tapas Sol y Nieve, in the Streeterville neighborhood. His restaurants are still consistently listed among the best in the city.

Today, the Chicagoland culinary scene is rich with Emilio’s influence. But that doesn’t affect his food and restaurant philosophy. The chef remains dedicated to providing guests with fresh, delicately-blended flavors, even after 27 years of continual operation. Both locations offer entertainment and culinary excitement, with dishes that meet every dietary need from vegetarian to gluten-free. Naturally, the food must also meet Chef Emilio’s high standards for quality, freshness, authenticity, and taste. He always offers city-sophisticated dishes at country prices, and his restaurants provide a pleasant and upscale ambiance, indoors or out.

Nor does his high profile affect his love of his daily routine. You’ll still find Emilio working the line, and you may see his wife, Ann-Marie, engaging with guests in the dining room.

Emilio continues to do what he loves best, and he’s all about sharing - both his food, and his passion for the food.

so all in all a wonderfully warm and welcoming evening of good food and good company! #lifeisgood! and now back to Copenhagen - I promise that eventually we will finish our time there and move on to the other locations on our Baltic sea voyage.... stay tuned!
Posted by TOR at 10:22 PM