So when I was a kid we spent countless hours playing games and one of my favorites was  called Mille Bornes.  From wikipedia - Mille Bornes (French for a thousand milestones, referring to the stone distance markers on many French roads) is a French card game. Mille Bornes is listed in the GAMES Magazine Hall of Fame. The game was created in 1954 by Edmond Dujardin, and was quite similar to the earlier American automotive card game Touring. A key innovation was the addition of the coup-fourré, whereby bonus points are earned by holding back a safety card (such as the puncture-proof tire) until an opponent plays the corresponding hazard card (in this case, the flat tire).

So I mention this because this was my first introduction to the world of French "travel" - for a seven or eight year old in Cincinnati Ohio the concept of driving along FRENCH roads was so enticing- the cards had names/words that were my first introduction to French:
Reparations Essence Roue de Secours Fin de Limite de Vitesse
Roulez  Accident Panne d'Essence Creve Limite de Vitesse Stop
As du Volant Citerne d'Essence  Increvable  Vehicule Prioritaire

The world was big- and it got even bigger the more we learned... here is a photo of one of the cards along with the box from the 1962 edition which would have been our treasured version. 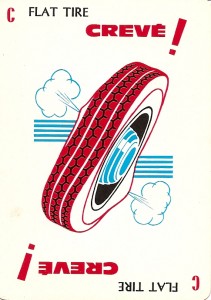 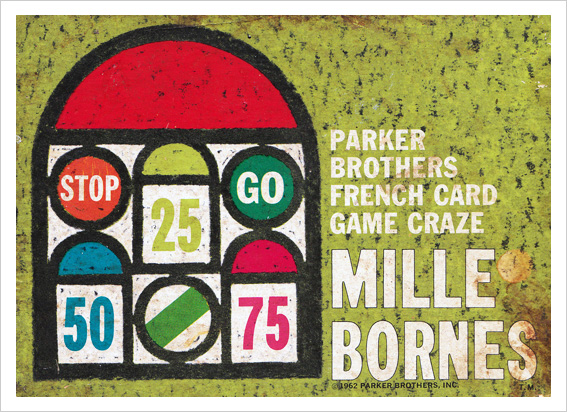 I know you are wondering where this is leading and in a round about way we will get to the fabulous dinner we had last night at Oriole - so for those who can't wait - that's the spoiler! LOL
And here is how I got to this... as we mentioned when we first tried Oriole exactly six weeks ago - this is a Michelin star worthy restaurant - we think (and some other people who comment on such things do as well) that they really are serving two star level food with two star level service.  Noah and Cara had the late lamented Senza (one star) and they have all - including Genie the pastry chef partner- worked at places that have that level of accolade.  They know what they are doing and the results are spectacular!

so back to my stream (or as TB calls it "swamp") of consciousness... When I grew up and first planned a driving trip through France (yes people who grew up in small cities in America sometime venture beyond its borders LOL) I encountered the essence of French road trips in Michelin maps! I bought a road atlas which had enormous level of detail - something we never ever see in US maps.  I could tell you whether the road into any given tiny village curved to the right or left and approximately how many houses where along the road.  For a map lover it was the be all and end all!


here is a tiny bit of what I encountered (and no longer have since we have all moved on to the world of GPS)  I was bowled over- I not only wanted to take the D2 and drive all those switchbacks!  I wanted to do each lookout/view-point along the way! And when I got to the intersection of D2 with D80 and D45A I would KNOW where I was, and how to get to Le Pujol... it mattered not one wit that I had never heard of the place before, I knew how to get there thanks to - yes you are now seeing it too- Michelin. 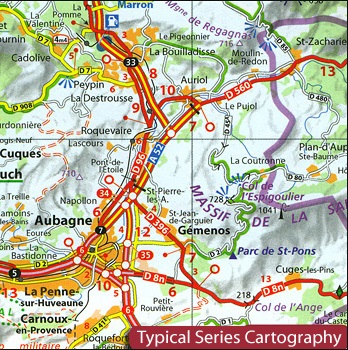 I learned over time that this was an offshoot of the tire business (which they called pneus LOL) to help drivers of the earliest autos find their way.  The first Michelin map was produced in 1910.  And I eventually learned that the Michelin man's name was Bibendum.

here is the blurb from wikipedia on Michelin-
Michelin is a French tire manufacturer based in Clermont-Ferrand in the Auvergne région of France. It is one of the three largest tire manufacturers in the world along with Bridgestone and Goodyear. In addition to the Michelin brand, it also owns the BFGoodrich, Kleber, Tigar, Riken, Kormoran and Uniroyal (in North America) tire brands. Michelin's numerous inventions include the removable tire, the pneurail (a tire for trains made to run on rails) and the radial tire. Michelin is also notable for its Red and Green travel guides, its roadmaps, the Michelin stars that the Red Guide awards to restaurants for their cooking, and for its company mascot Bibendum, colloquially known as the Michelin Man.

I see it is all coming together- LOL - for years and years we have used their guides and maps in Europe- the maps have areas where the bigger cities are outlined in a red box and for the detailed maps of those cities you must turn to the red guides - which then helpfully have hotels and restaurants listed for your reference.  We became fans of "Bib" as he is know, for his value picks; of the "coins" for their budget conscious choices and of course for the "STARS" - which actually look more like flowers to me since they have rounded points not pointed ones... LOL

In 1926, the guide began to award stars for fine dining establishments. Initially, there was only a single star awarded. Then, in 1931, the hierarchy of zero, one, two, and three stars was introduced. Finally, In 1936, the criteria for the starred rankings were published:
1 Michelin star: "A very good restaurant in its category" (Une très bonne table dans sa catégorie)
2 Michelin stars: "Excellent cooking, worth a detour" (Table excellent, mérite un détour)
3 Michelin stars: "Exceptional cuisine, worth a special journey" (Une des meilleures tables, vaut le voyage) 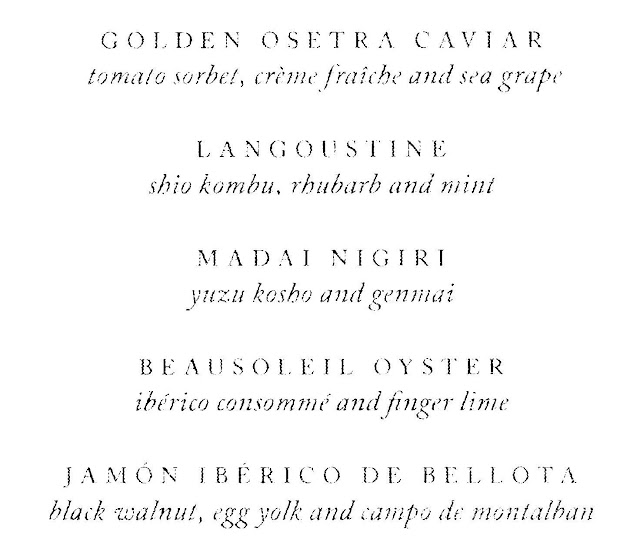 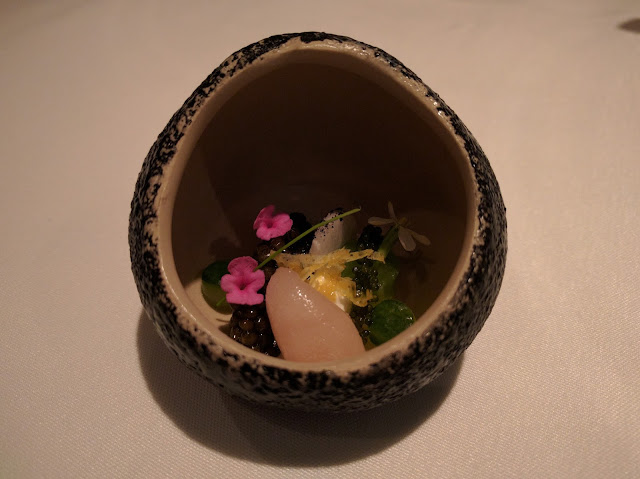 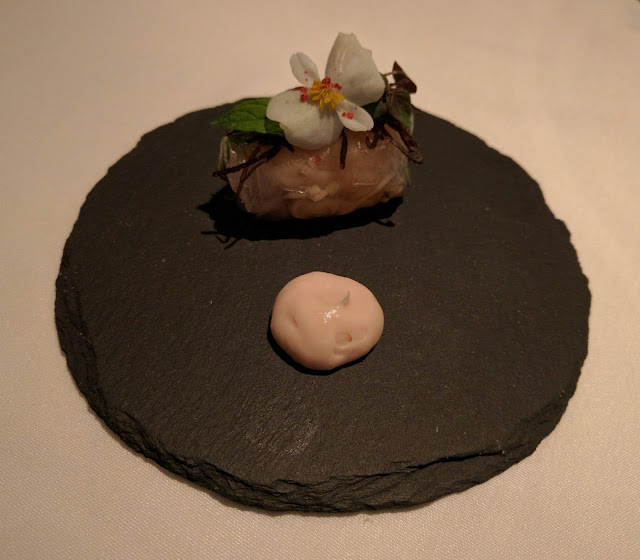 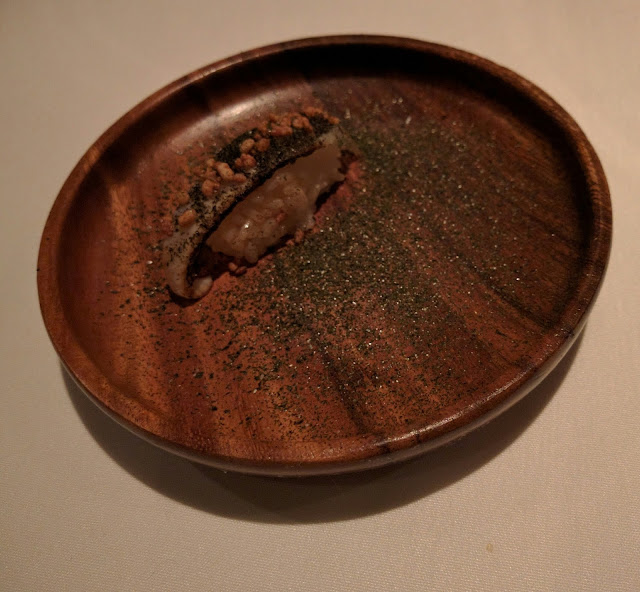 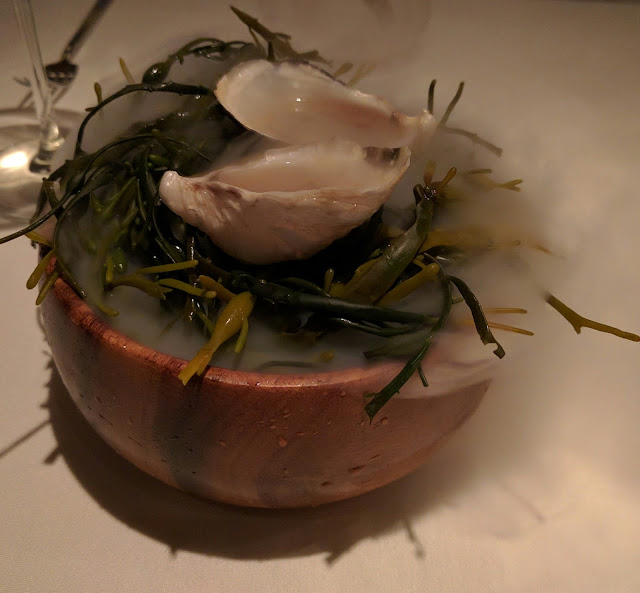 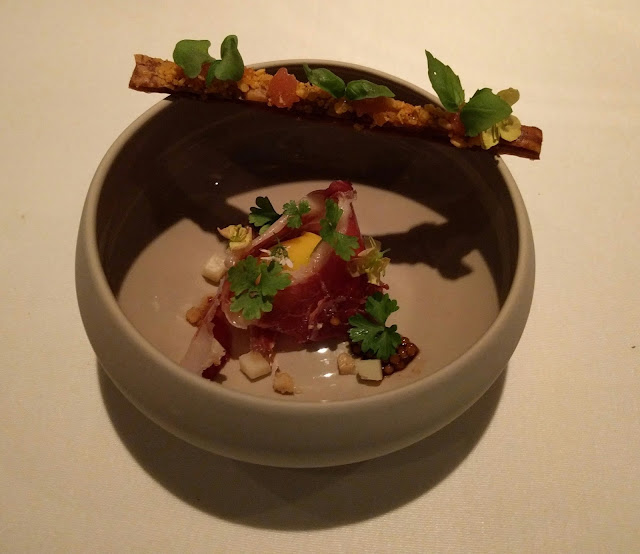 the beauty of these dishes is apparent but the flavors are even more magnificent- every course has amazing layers of flavor - subtle combinations that enhance the other ingredients - I can only imagine how many variations are tried before the chef is satisfied with THIS one! 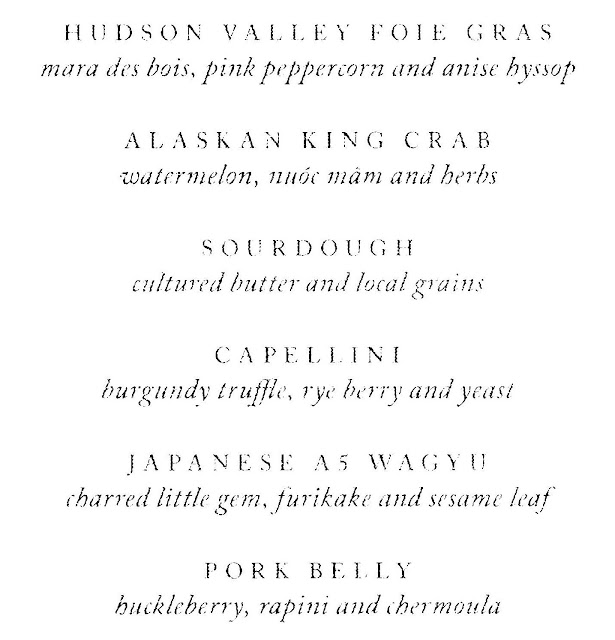 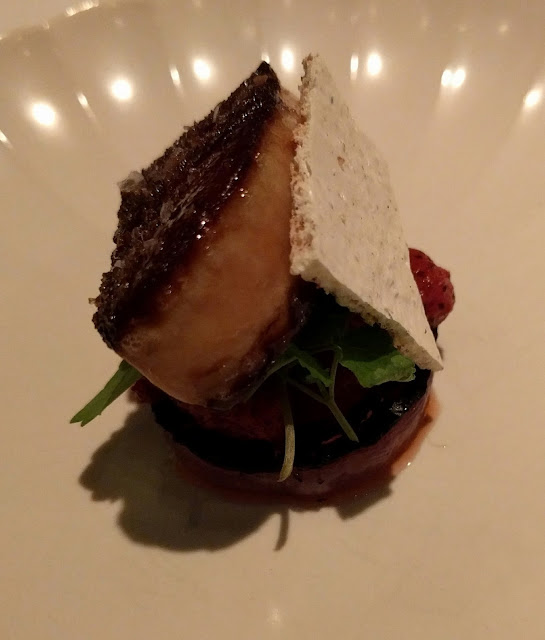 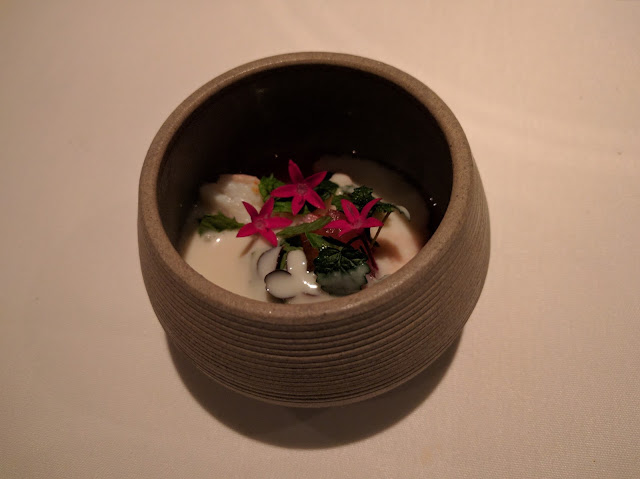 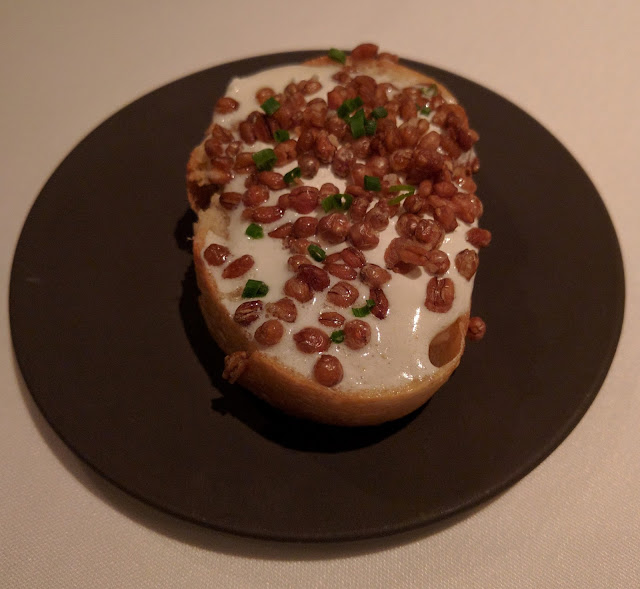 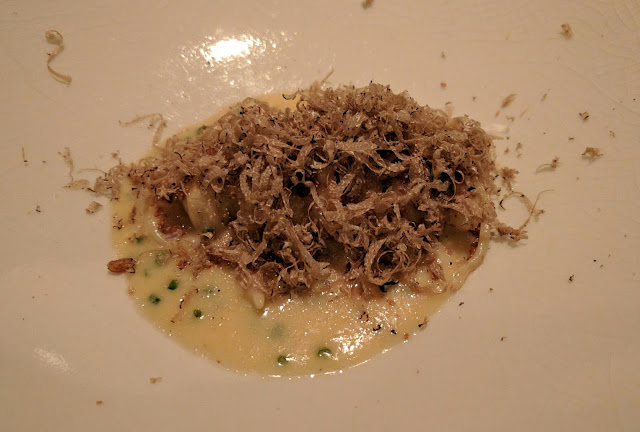 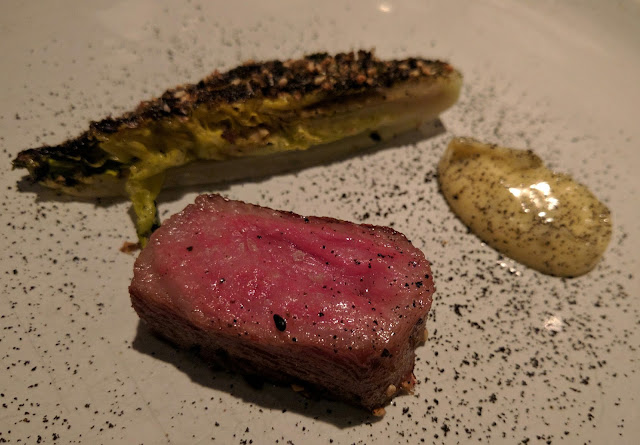 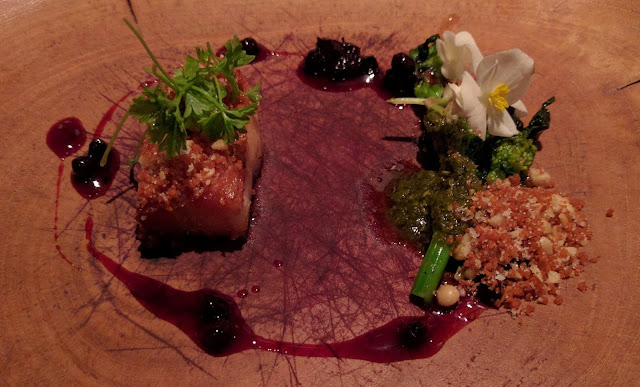 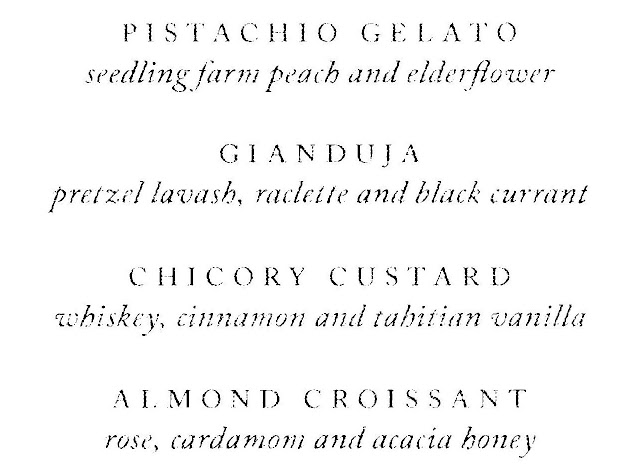 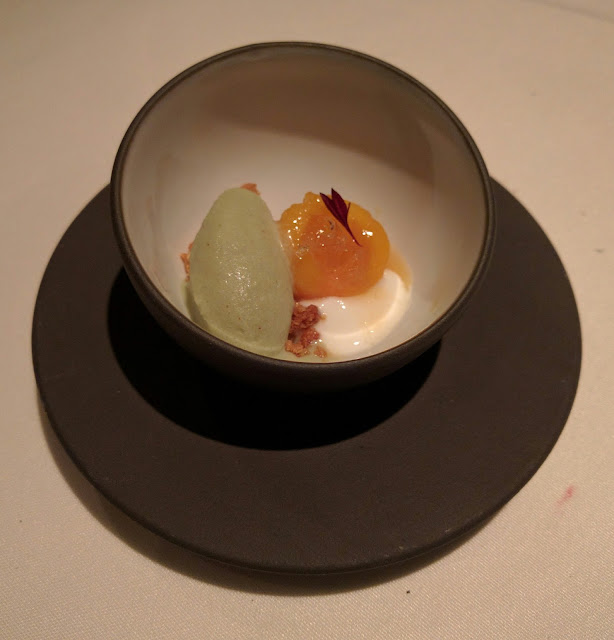 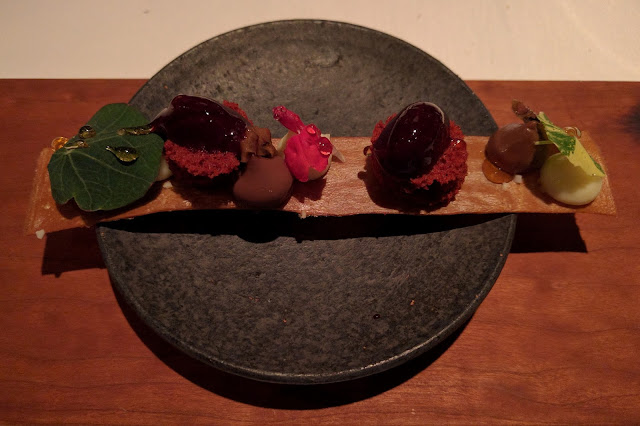 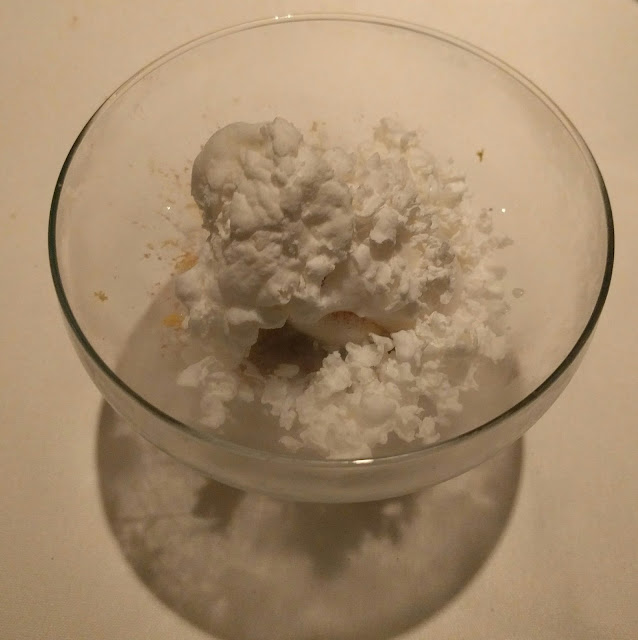 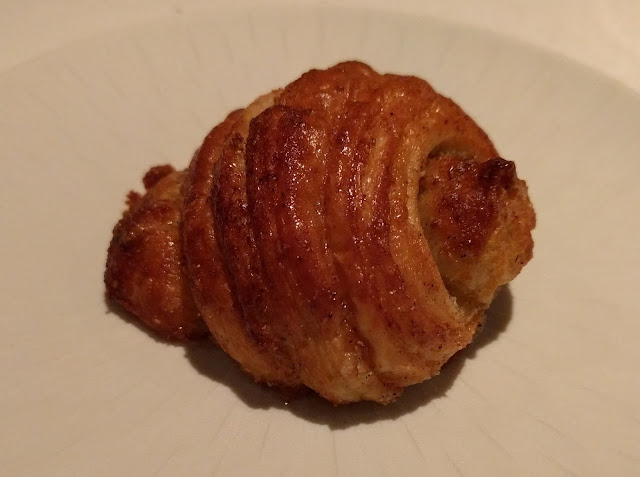 the wines we chose were a mix- with the 2007 Sigrid showing very well and the 1990 red burgs not so much- the NSG would be the better but the Beaune Clos des Mouches was a complete disappointment- not corked but not giving - clearly the heyday for this bottle was past... 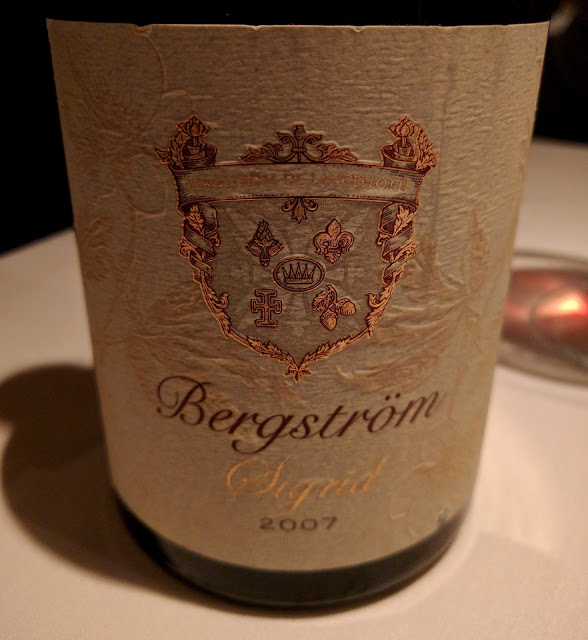 and as if the meal wasn't stupendous enough we get a take home dessert as well! 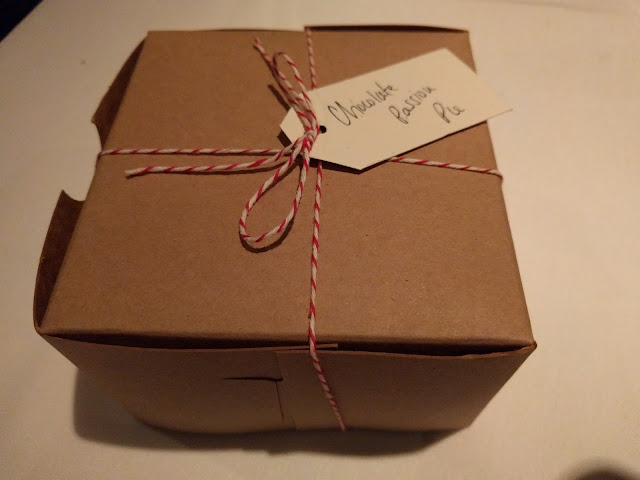 So while we aren't the Michelin inspectors LOL we sure wish we were, because then we could make sure the world knew that this was a restaurant "worth a detour"!

Book now! - it is only going to get more difficult to get in as word gets around.... and we couldn't be happier for the trio who make it happen with their dedicated and attentive staff every night!

UPDATE: 11/2/16 Oriole was award two stars in its first year of operation- sooo richly deserved - congrats to all the staff  members for making our four visits this year spectacularly memorable!