so after a moderately rough crossing of our longest stretch of open water we arrived in Visby on Gotland Island in Sweden. 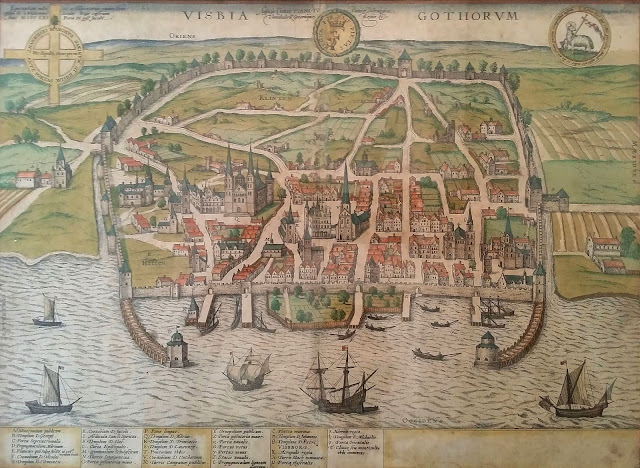 From Wikipedia some info on Visby-
Visby is a locality and the seat of Gotland Municipality, on the island of Gotland, Sweden with 23,880 inhabitants, as of 2014. The Hanseatic city of Visby is arguably the best-preserved medieval city in Scandinavia and since 1995, it is on the UNESCO World Heritage Site list. Among the most notable historical remains are the 2.1 mile long town wall that encircles the town center, and a number of church ruins. 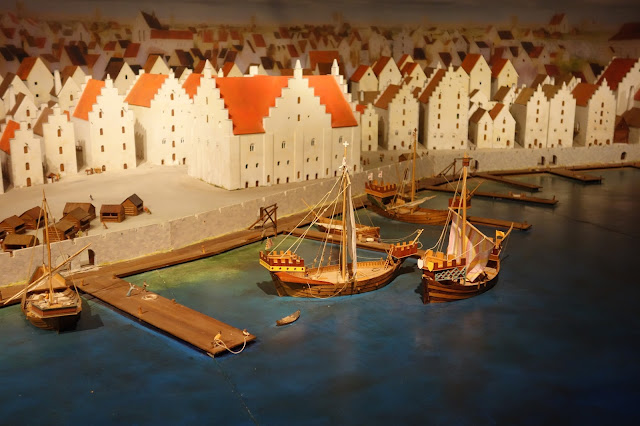 The earliest history of Visby is uncertain, but it is known to have been a centre of merchandise around 900 AD. It was inhabited as early as the Stone Age, probably because of the access to fresh water and a natural harbour.  In the 12th century, Visby Cathedral, dedicated to Saint Mary, was constructed. It was reshaped in the 13th century to its current appearance, and was officially opened in 1225, by the bishop of the Swedish city of Linköping. Several other churches were also constructed in the ensuing centuries. The city flourished, thanks to the German Hanseatic League.

The work on the ring wall was likely begun in the 12th century. Around 1300, it was rebuilt to reach its current height, acquiring the characteristic towers, although some towers were not constructed until the 15th century. The ringwall is still largely intact.  In the first half of the fourteenth century (1300-1350) Visby was at the height of its wealth and influence.

Visby is situated on the central west coast of Gotland, on the rather steep slopes of limestone cliffs surrounding the first natural harbor. The town has evolved around the medieval harbor that now constitutes the Almedalen park. Long streets run parallel with the old shoreline with shorter alleys at a straight angle from these, lead from the harbor and up the slope up to the eastern higher part of town known as Klinten.

We left our ship on foot- the day was severely overcast and chilly so we all wore jackets and carried umbrellas as well.  We only walked about ten minutes to the Gotland Museum - home to much Viking history and some from the Hanseatic period as well... we could have seen more of the museum as it turned out because when we came out for a walk around town we found the weather deteriorated to solid rain. 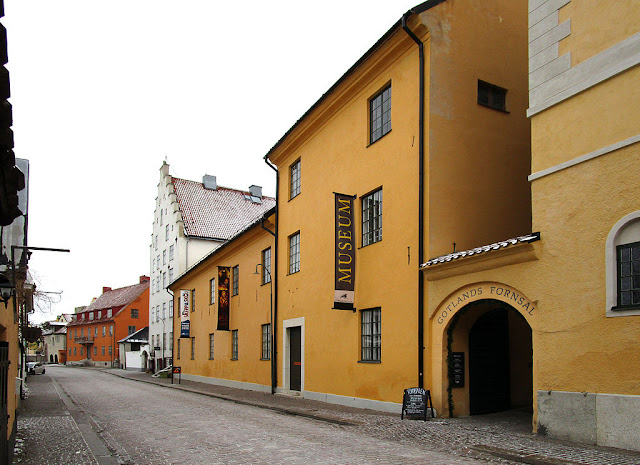 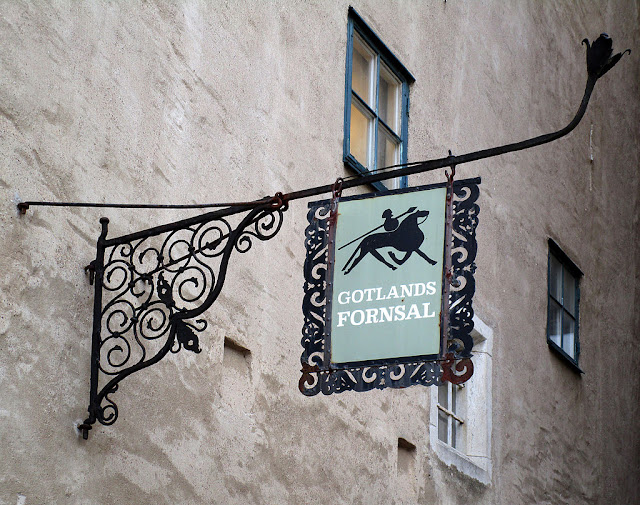 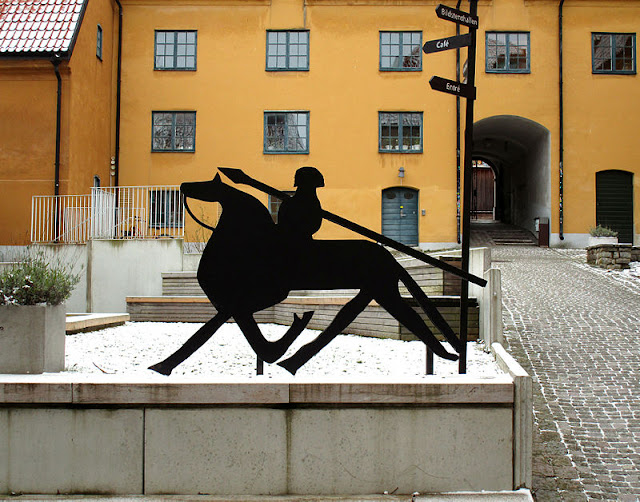 a map of the Hanseatic League (from the Internet) 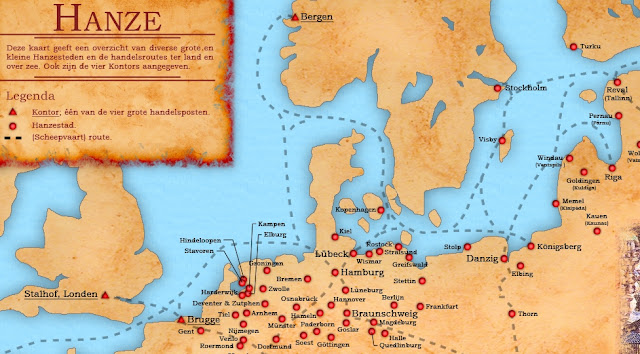 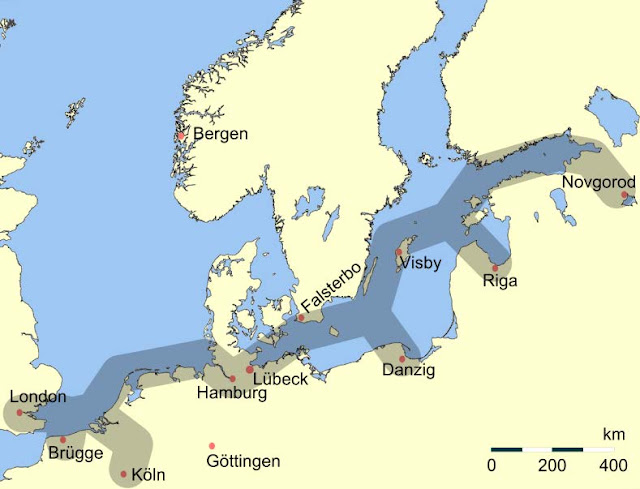 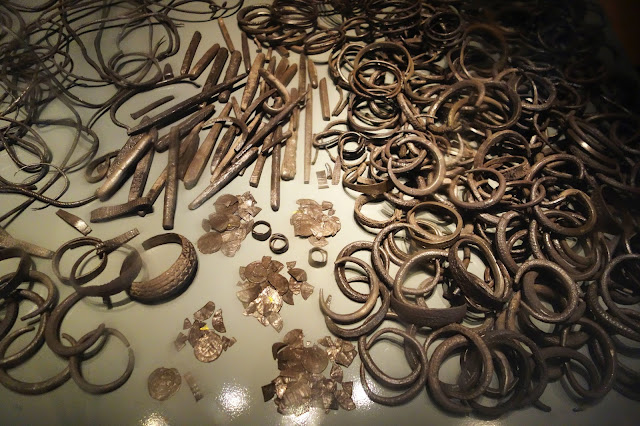 The Spillings Hoard is the world's largest Viking silver treasure, found on Friday 16 July 1999 in a field at the Spilling farm northwest of Slite, on northern Gotland, Sweden. The silver hoard consisted of two parts with a total weight of 148 pounds before conservation and consisted of, among other things, 14,295 coins most of which were Islamic from other countries. A third deposition containing over 44 pounds of bronze scrap-metal was also found. The three caches had been hidden under the floorboards of a Viking outhouse sometime during the 9th century.

OK I am not sure about you but I can't imagine finding a cache of anything under the floorboards but especially one from the 9th century LOL - where is Nancy Drew when you need her? or the Hardy boys?

Anyway - we  found the museum full of interesting history of the area including Viking things- rune stones and Hanseatic stuff along with church art from the local churches and I am sure things we didn't even get to see in our abbreviated tour - we have learned that the captain has called for an early sailing due to rough seas and he hopes to get out and well under way to the shelter of the bay to the west of Riga before the worst weather hits.  Nobody really minds the shortened time outside in the rain and cold (it's August FGS!) - Phil and I even ditched out a few minutes early to head to drier quarters. 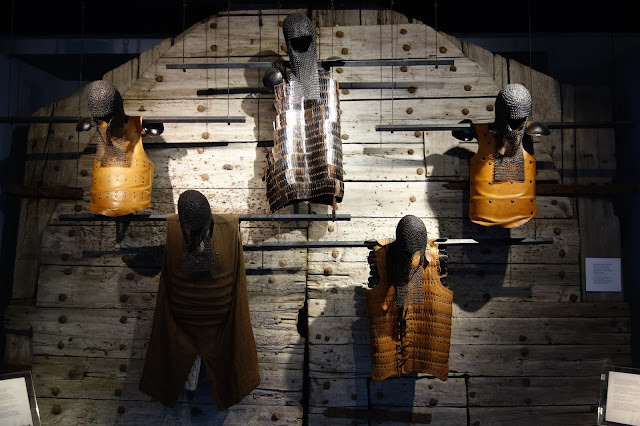 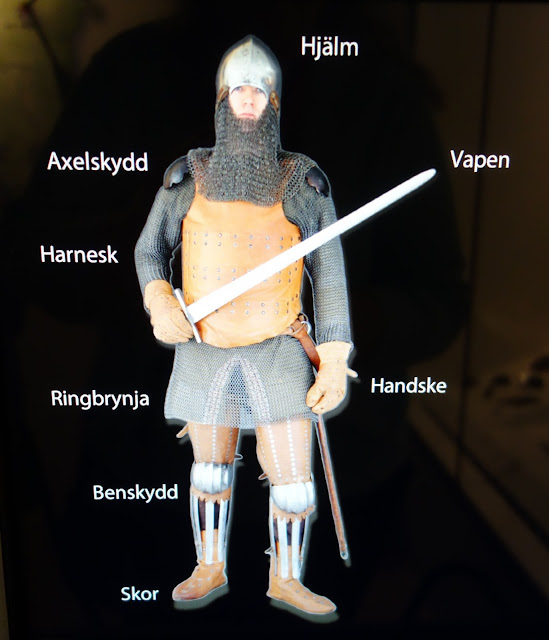 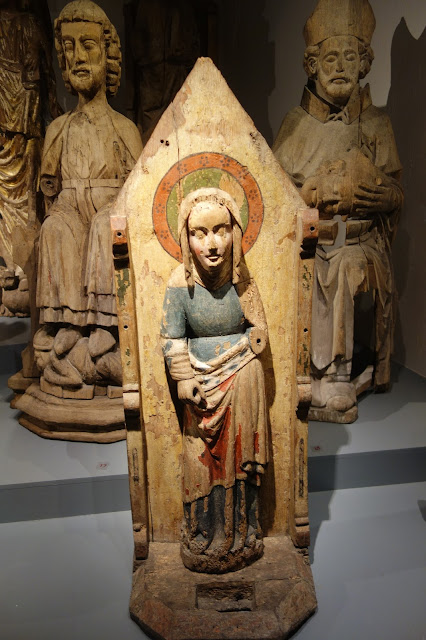 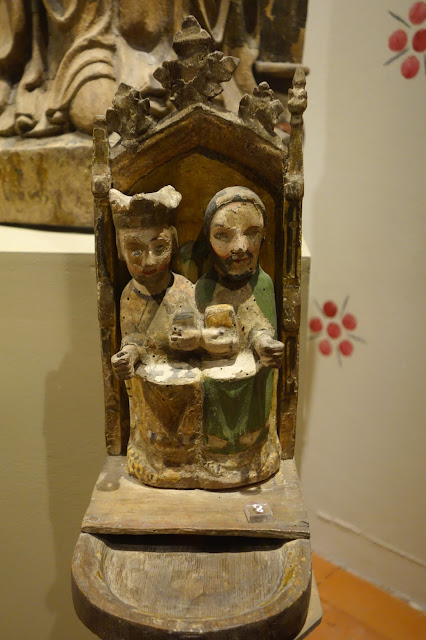 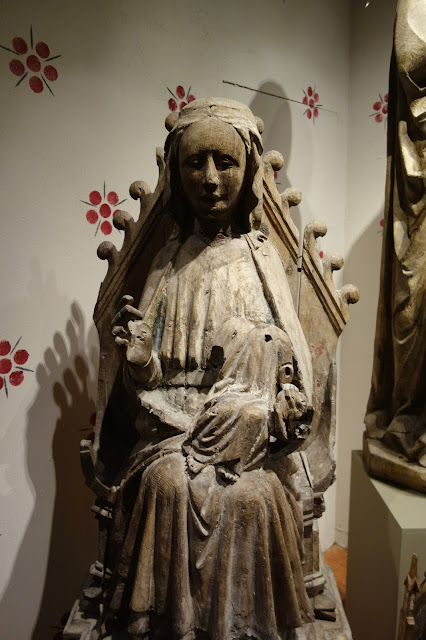 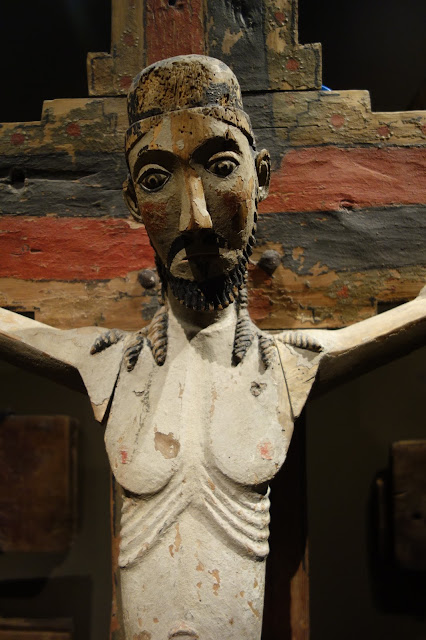 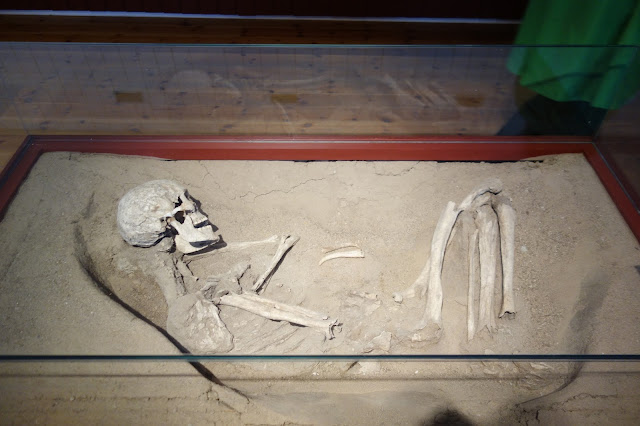 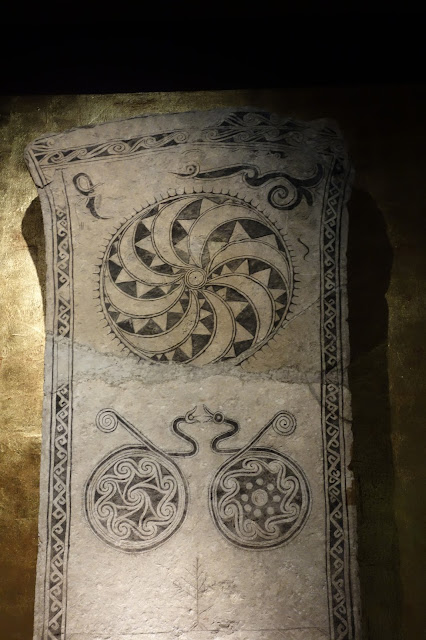 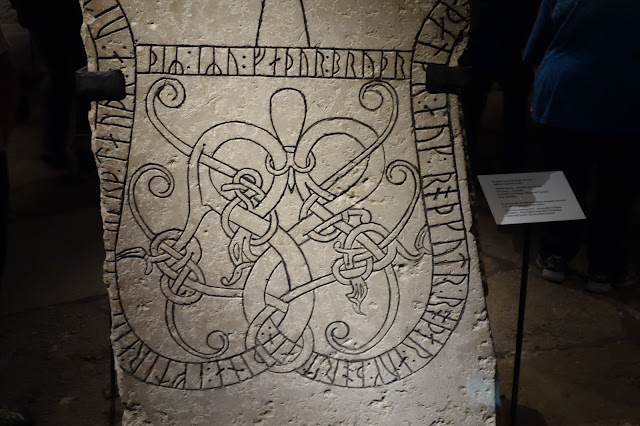 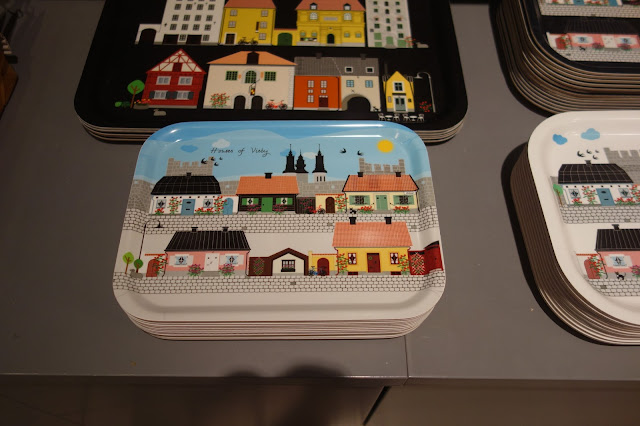 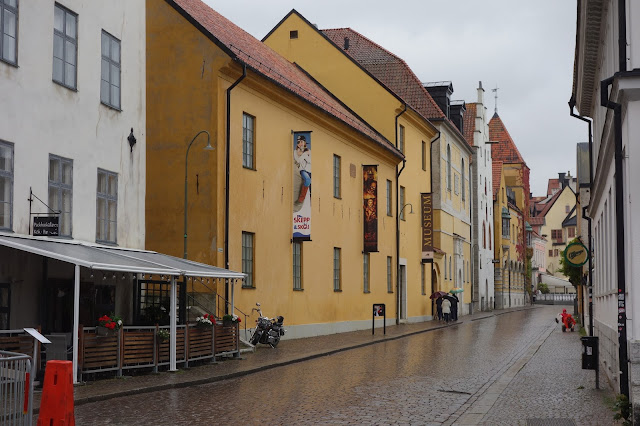 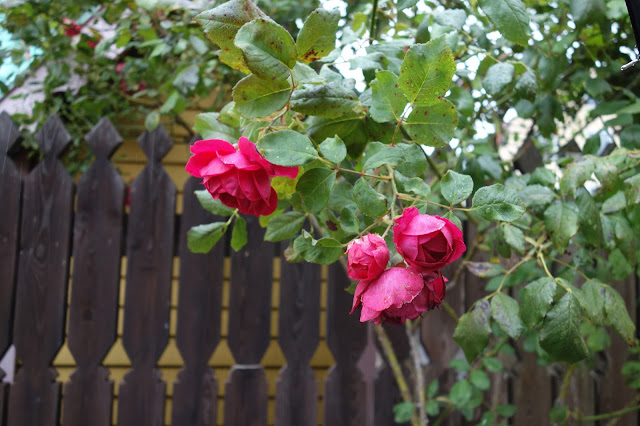 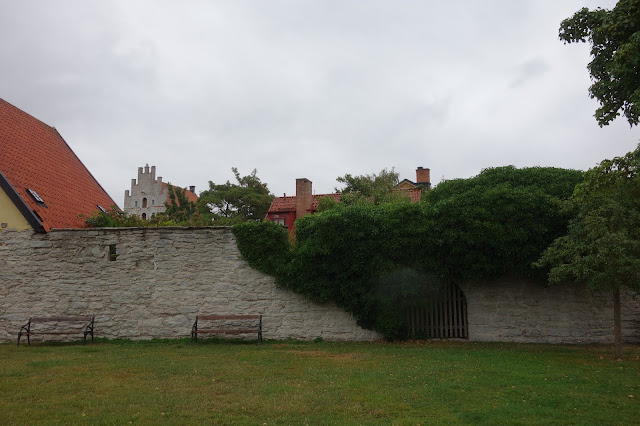 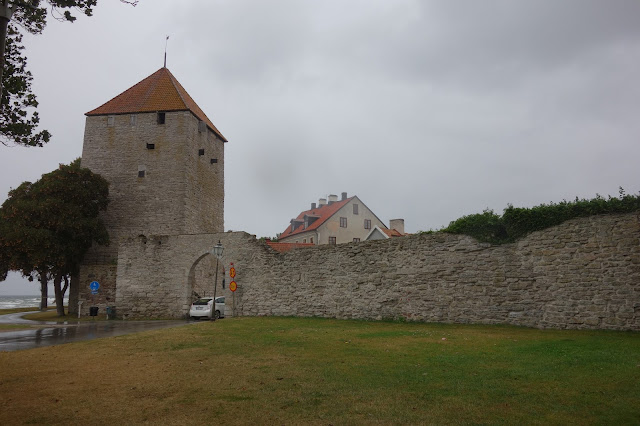 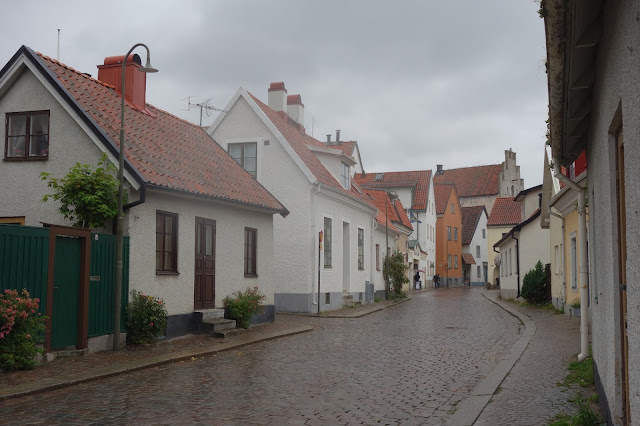 the dinner was called early and the evening's "entertainment" was canceled as seas were rough and some were not feeling too well- Phil had a patch and I have not been affected by motion sickness to date so I did not take any precautions - must have been all the roller coaster rides with my Dad as a kid LOL but knock wood I wasn't bothered by it- although walking around was somewhat challenging.

We are headed to Riga and - spoiler - we had good weather for the rest of the trip - one bad day and many glorious weather days...so we had no complaints - Visby is now on the list of "return to" places I am sure it has much more to offer than what we got to see on that one morning of awful weather... so keep on coming back- Riga awaits!.....
Posted by TOR at 7:02 PM