So this post is not only a little out of order it takes in several performances and yet another meal (it is arts & eats after all...LOL)

Last Saturday night we traveled up to Largo to the Cultural Center to see Al Stewart in concert with Dave Nachmanoff and Mike Lindauer.  We were treated to several numbers by Dave to start off the concert - including two that I really favored "That Guy" and "Midnight Sea" and one Phil loved "Thing of Beauty". Mike Lindauer - on bass - joined Dave for part of the intro set.

Then the lead act Al Stewart (of Year of the Cat and Time Passages albums which were huge sellers) started off an extended set that included favorites of mine "Broadway Hotel" and "On the Border" as well as "Palace of Versailles"... after intermission several additional favorites including an audience shout out for "Doesn't Come Naturally" and the big finale of "YOTC" - still after hundreds of listenings I am still grabbed by the mystery and lyricism evoked by this song and it's fabulous guitar riffs. 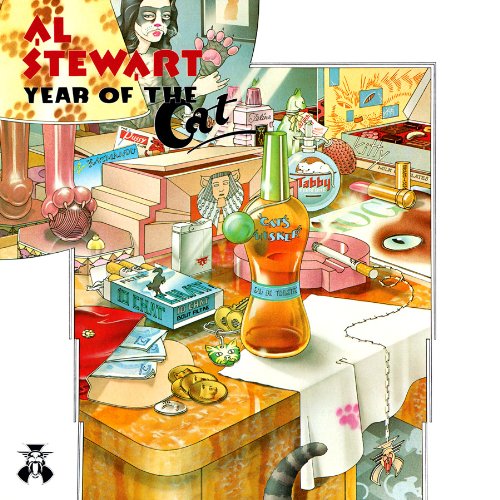 Dave and Mike start the evening- 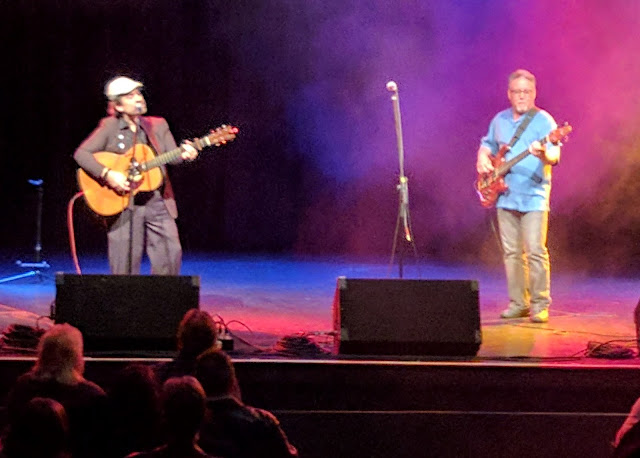 then Al joins them - 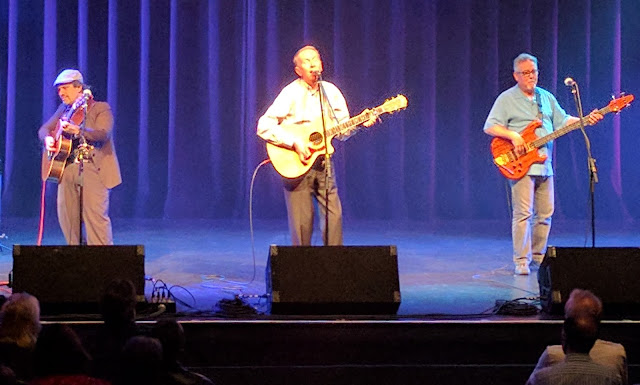 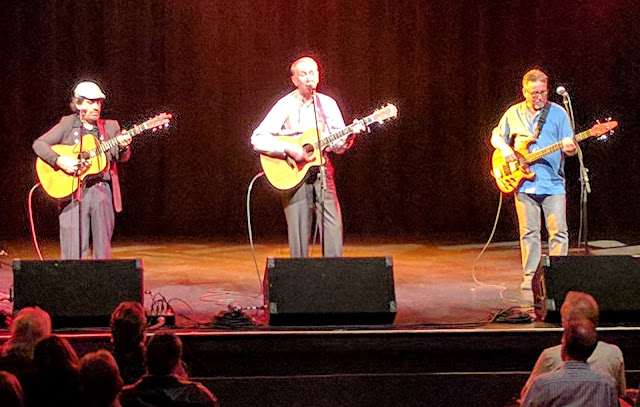 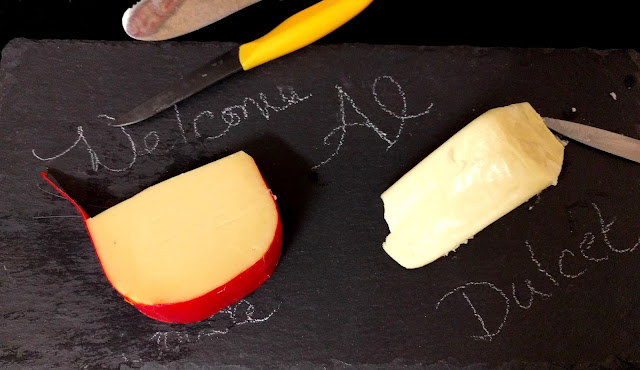 and just because we are doing our arts & eats posts about last week I will also mention again that we went to a house concert that featured Brother Sun - which got kind of short shrift in the post about our friends visiting from Denmark because it was a week ago and we have bee extremely busy - but these guys were terrific- it is three artists who are solo but work together under the name Brother Sun- so another shout out to them! Many many good songs sung that evening but my favorite was the one entitled "So Far to Come" but the whole new CD called Weights & Wings is worth a listen to... 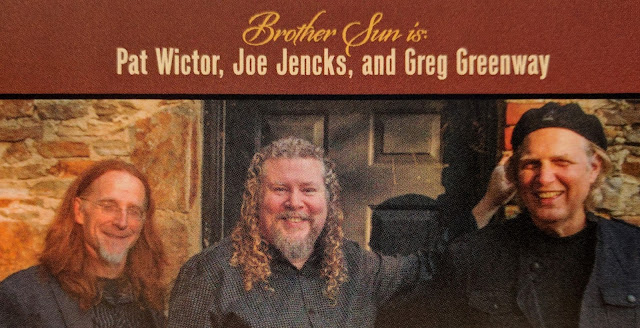 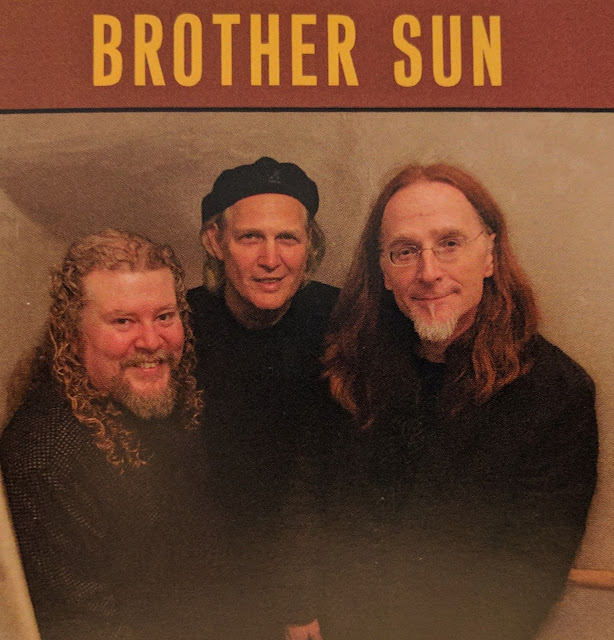 Louie's Modern with Mike before he left town and then Kasa Sushi just the two of us to have a quiet dinner and get home early...LOL -  including a couple of good wines 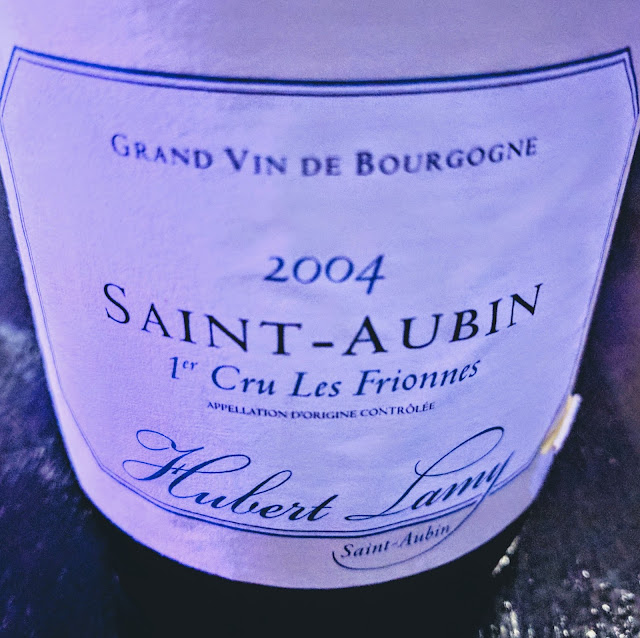 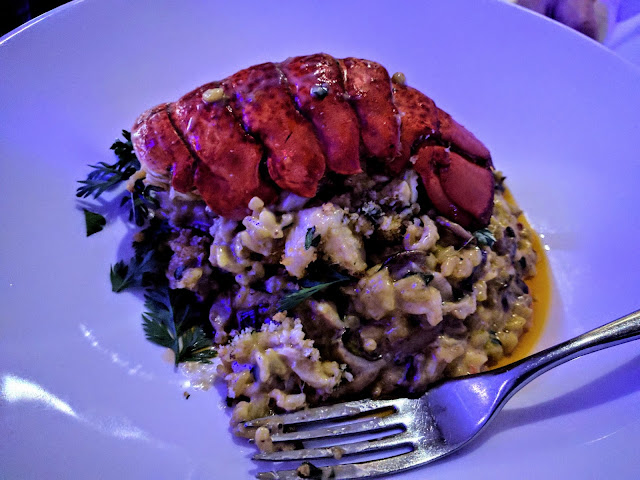 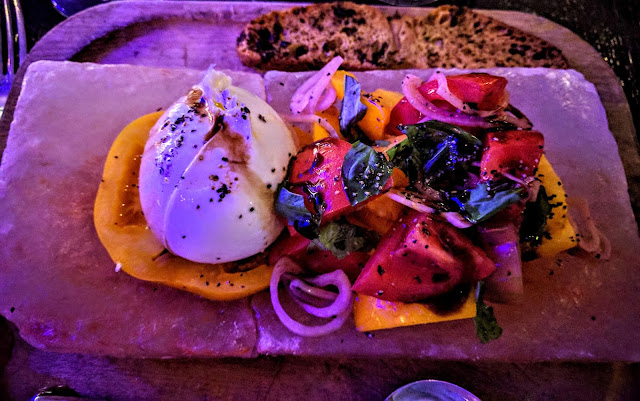 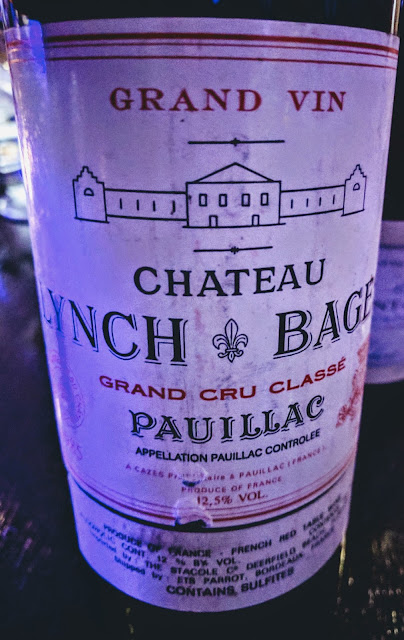 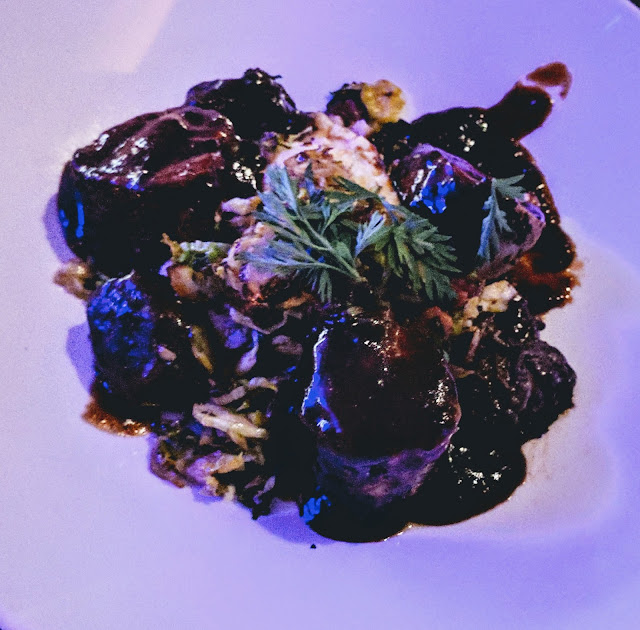 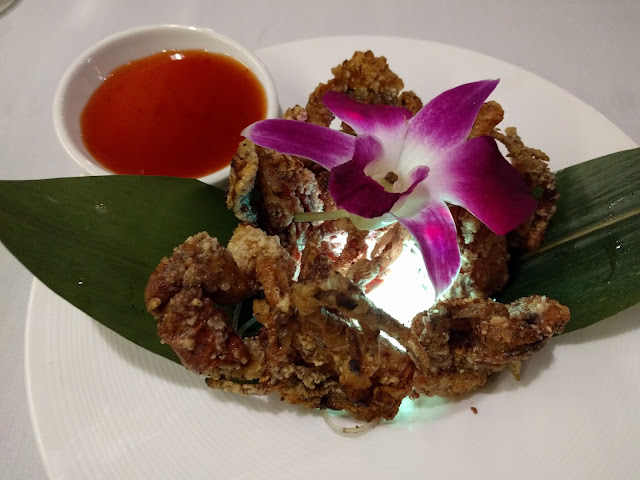 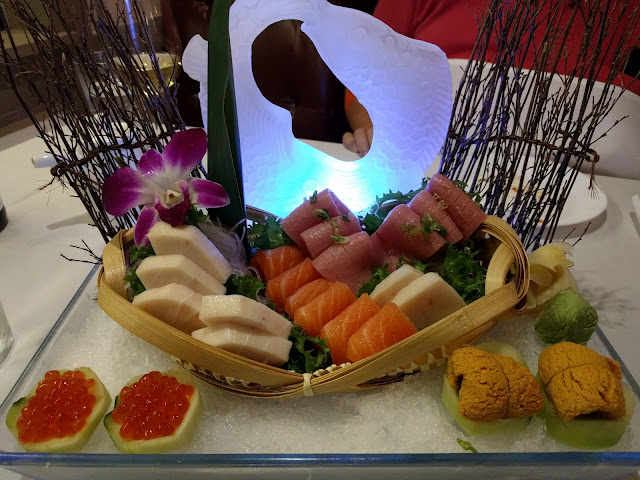 the rainbow roll in front and "fire in the house" in back (previous fave) and in the middle a special for the night - with king crab and spicy shrimp and avocado--- all yummy! 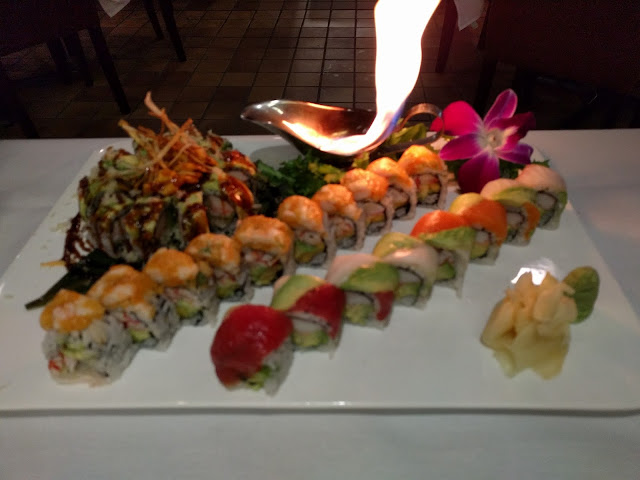 the eel - again served on cucumber rather than rice (by request)  - then a spicy tuna roll and black dragon roll... 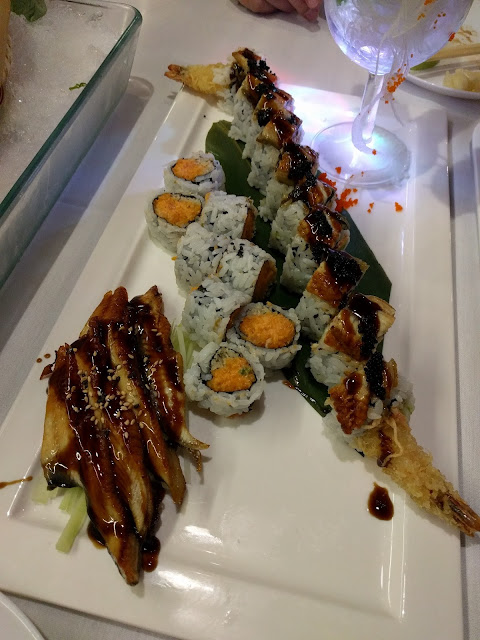 so it was a busy two weeks for us- exactly 14 days ago we headed to Chicago and had a busy long weekend there- we came back south and saw Neil on Monday and had the house concert Tuesday (which is also my class day) and then Poul & Lene arrived Wednesday along with my cousin Cathy... she left Thursday and Poul & Lene stayed until Saturday morning then Saturday night Al Stewart, Sunday the ballet and Bern's and then Monday Louie's back to my Tuesday class and then a relaxing evening at Kasa Sushi... this is all in addition to the other stuff- LOL - I had meetings and physical therapy (SI joint problems being rehabbed) and Phil had his appointments with his trainer twice a week and then there were the business side things to handle- LOL so even though we aren't getting paid to work we still are somehow working ...LOL - retirement rocks! Stay tuned... tonight off to the theater....
Posted by TOR at 3:12 PM