Last night we tried the sister restaurant to Louie's Modern and found it uninspired.  We went with John and Barb. We had a great server and the staff were extremely welcoming -seating us right away even though it was a busy night and we were early.  Sadly the menu - which would be called eclectic if the food were fabulous but was really more "all over the map".  I think they are trying to be too many things to too many people.

We ordered starters of a Chinese style shrimp and calamari dish (which was very good) deviled eggs (better other places including Louie's) clam chowder (didn't hear any raves from the other side of the table) and tuna seared with wasabi and ginger sides.  Then a second course for B & J of tomato bisque (which they didn't finish between the two of them) while Phil and I split a wedge salad which was a huge portion but the lettuce to other ingredient proportions were off and the addition of proscuitto was a "miss" on the texture and flavor both- it needed to be crispy and stronger in flavor and seemed redundant with the smattering of bacon (tip to chef- go with more bacon and ditch the prosciutto). 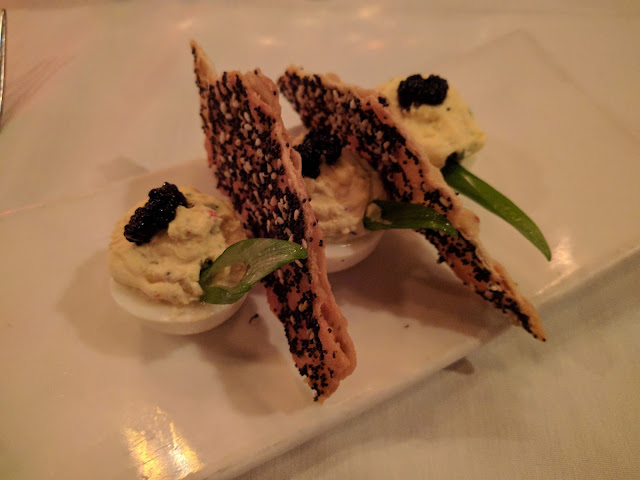 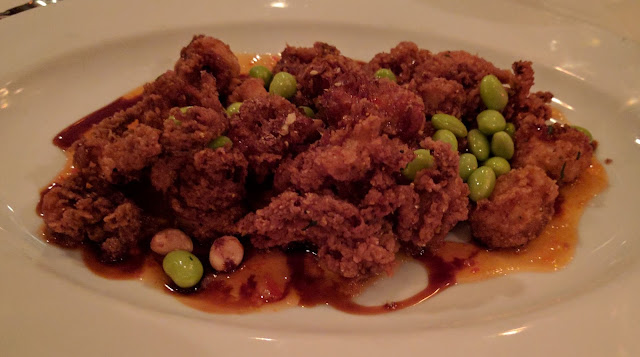 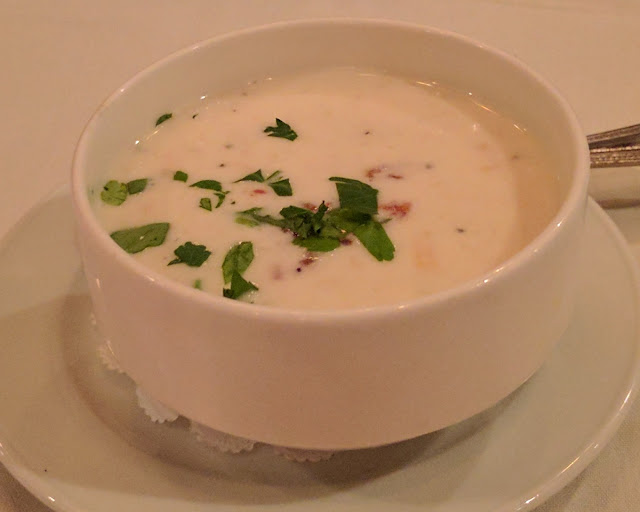 by the way the super seed crackers were terrific! (devile egg accompaniment) 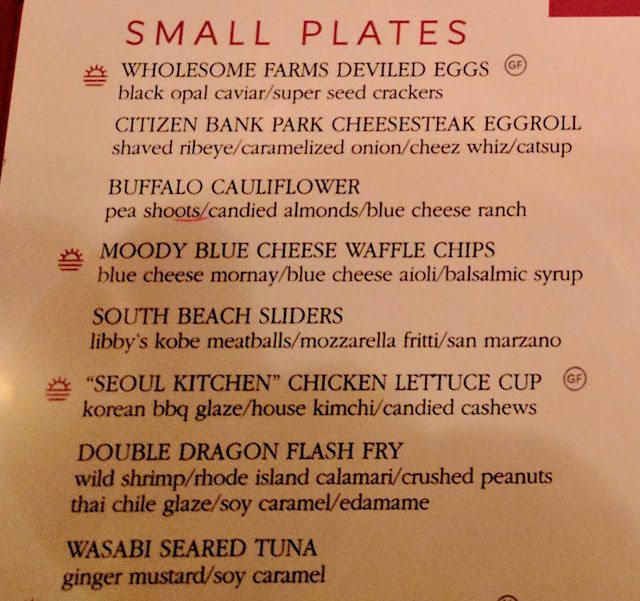 I went for the grouper BLT, to do a head to head with the one across the street at Veronica that was such a winner last week, and this one lost - and lost badly. This sadnwichcould be beaten out in a taste test by any self respecting Florida seafood joint (Star Fish, Tide Tables come to mind)

Phil had grouper crusted with crab and said the idea was good but execution lacking as the grouper itself wasn't hot under the crab.

Barb had the lamb chops and that seemed to be the winning choice - they were nicely prepared and she was happy with them.

John's main was the lobster french toast, which looked VERY good but I wasn't hearing ooohing and aahhing from across the table- 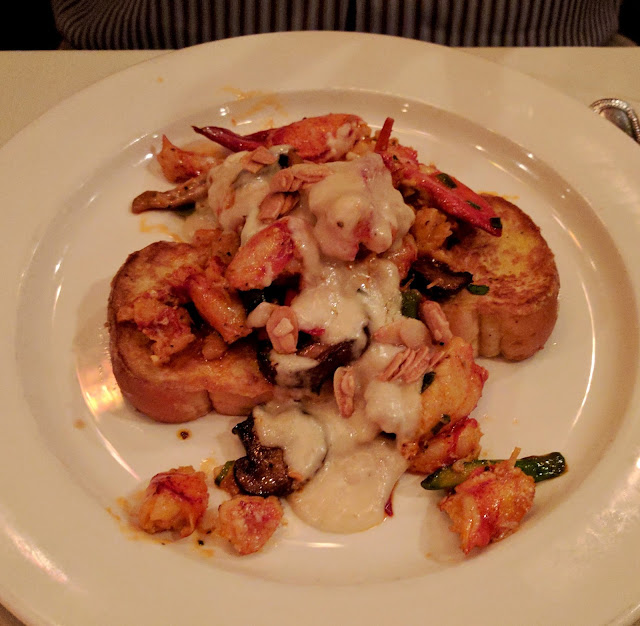 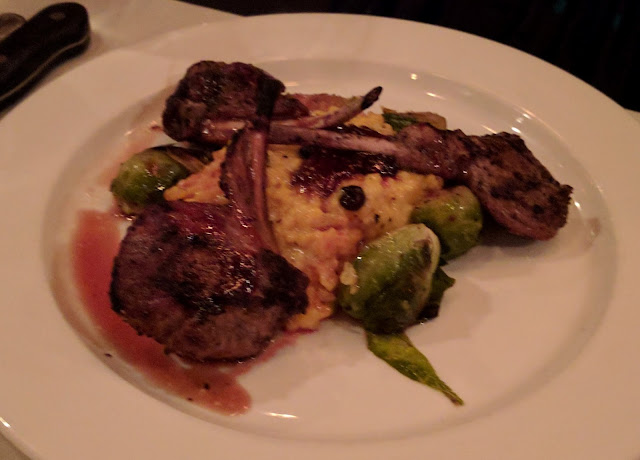 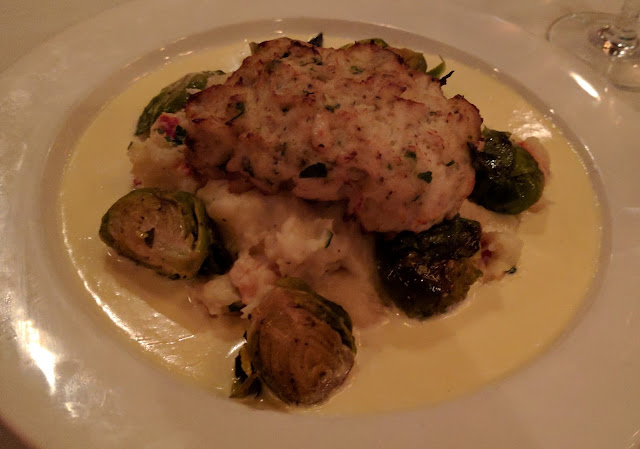 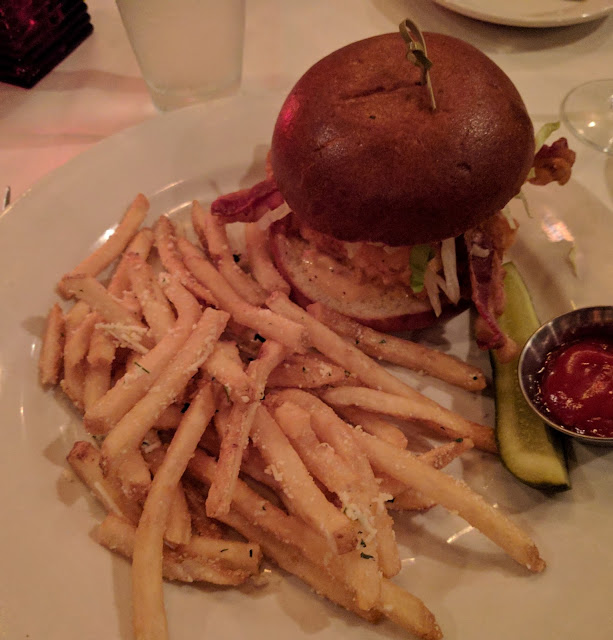 Desserts WERE good- so we ended on a high note- P and I shared a cookie (skillet sized) and Barb and John shared key lime pie... which looked very nice and they seemed happy with based upon the clean plate. 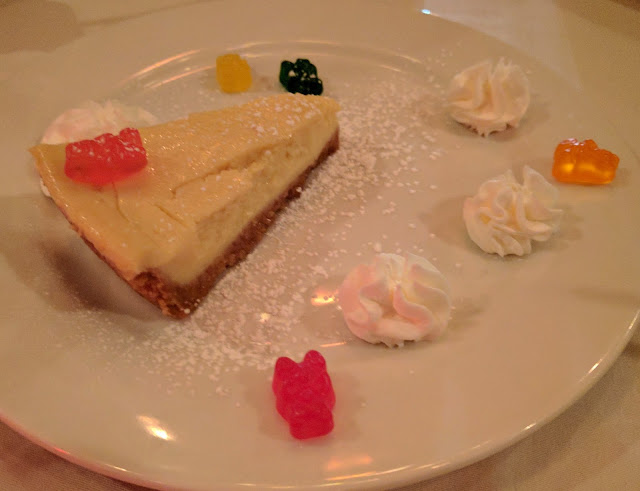 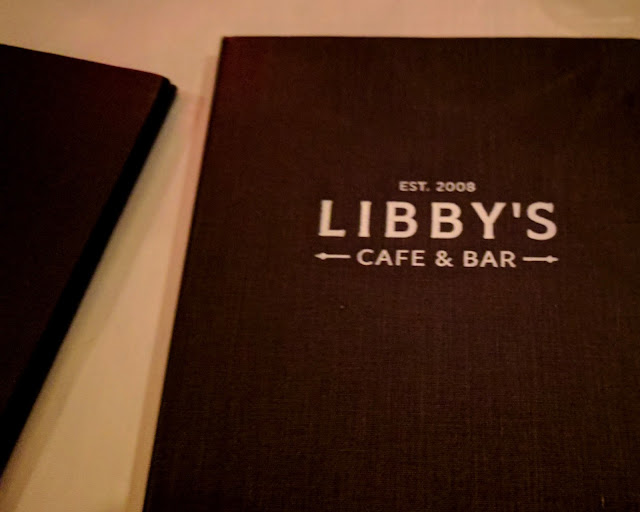 As I said - our server Theo was excellent and the rest of the staff did an exemplary job on the tough night of Valentine's Day - only wished the food lived up to the level of the service - just not brilliant... the photos are kind of decieving because everything actually looked pretty darn good... and the place is big and spills on to the sidewalk with a nice atmosphere - so a nice place to eat outdoors in the cute southside village area of Sarasota... but there are other options (see "we win" post of just last week)

Because this is the sister restaurant to one of our favorites in town we wanted to love it - so maybe we went with too high expectations - and don't get me wrong - it is a fine restaurant just not a special restaurant.  And in thinking about it a bit more - it is perfect for what it is - a place around the block that many can walk to for dinner and feel at home - kind of like a Cheers for food in southside village... and in that it completely succeeds.  But destination dining it is not - it will have to leave that to brother Louie's Modern.... 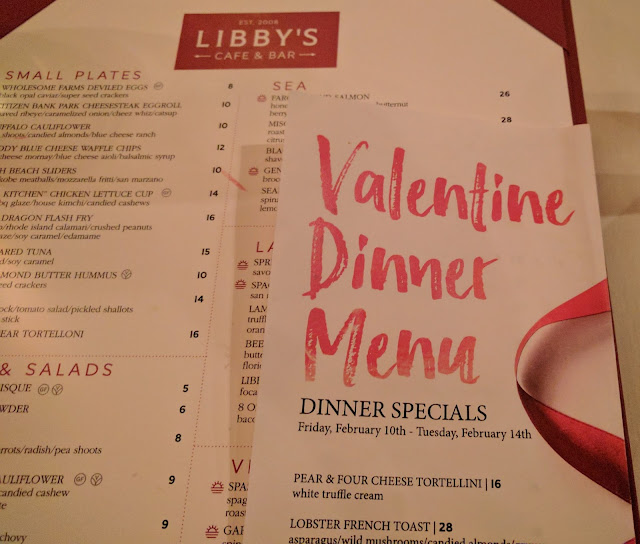 Today a food tour of St Armand's Circle and then dinner with Carol and Al!
Posted by TOR at 6:25 AM