so we hadn't yet found time to get to our favorite place for soup dumplings this summer... which made the choice of dining locations for last night's dinner quite easy...

off we went to Potsticker House in Bridgeport.... where we watched two guys make a complete and total mess of eating their soup dumplings - they picked them up with the sharp tongs and the soup burst out into the bamboo steamer - aaaaccckkkk.  Then the other guy picked his up somewhat carefully but bit into it over his plate holding it with chopsticks and - big surprise- all the soup went onto the plate LOL

What a waste! Luckily most of the patrons are Asian so the kitchen doesn't need to feel too badly about all their effort (soup dumplings aren't the easiest to make since the soup needs to be in gel form until the steaming process)

so when another table of "gweilo" guys* asked the server what was the specialty and then ordered the soup dumplings I felt compelled to help out and explain that you carefully place the dumpling on your spoon and bite into it, just a bit, to open it up, to slurp the soup and then you eat the tasty dumpling stuffed with pork and adorned with one of two "sauces" (a chili based or soy/vinegar based).  I didn't watch these guys but they were in the line of sight for Phil and he reported they were doing fine with actually getting to try the soup part of soup dumplings 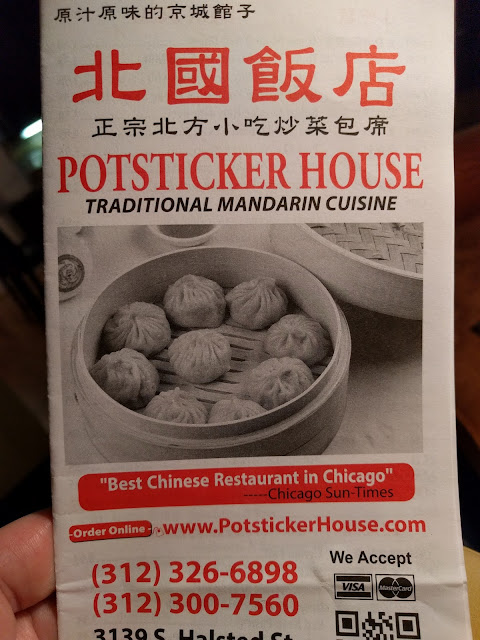 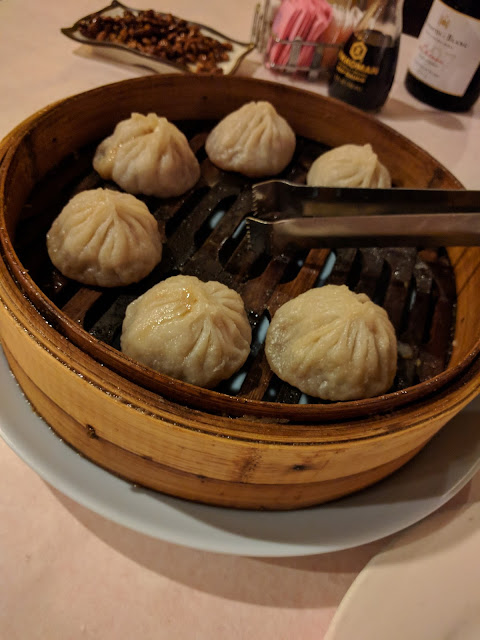 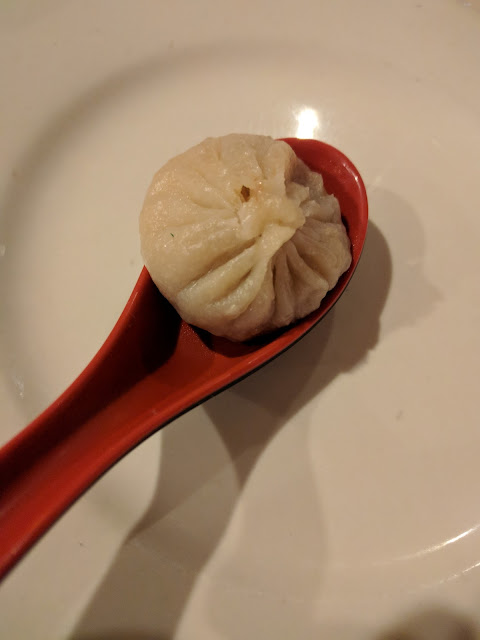 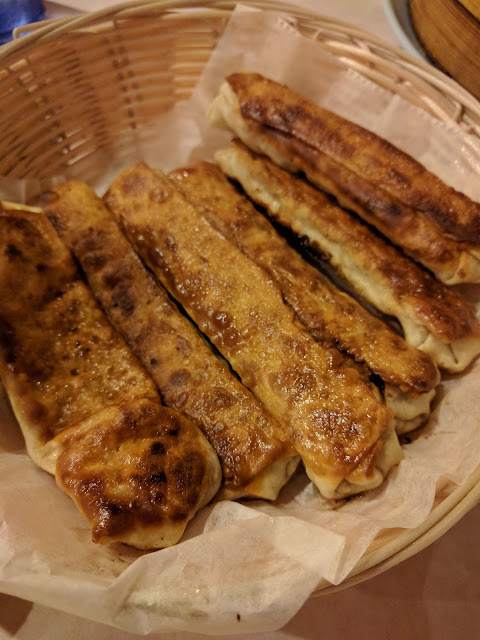 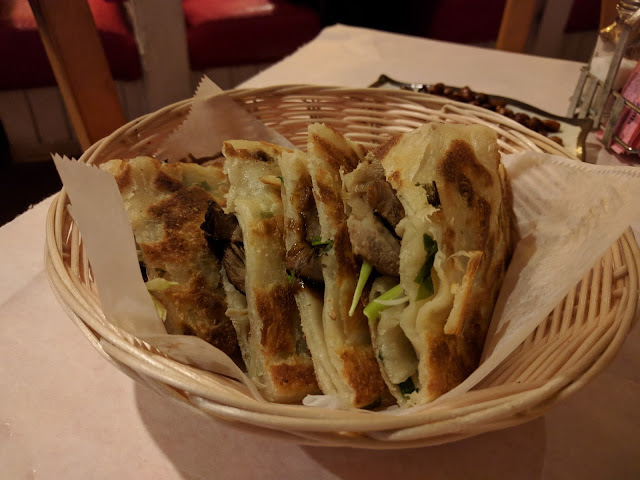 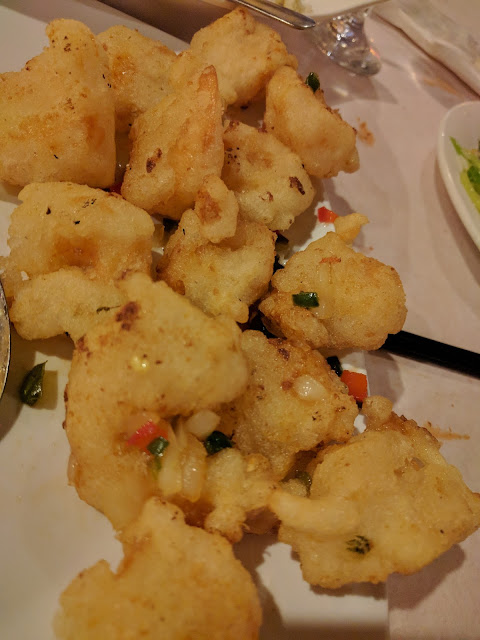 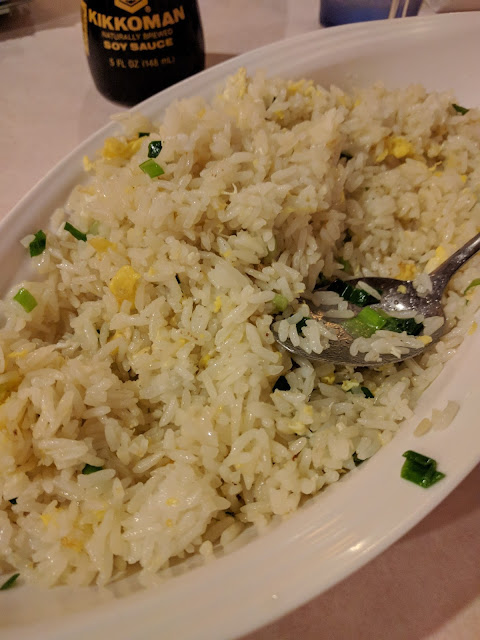 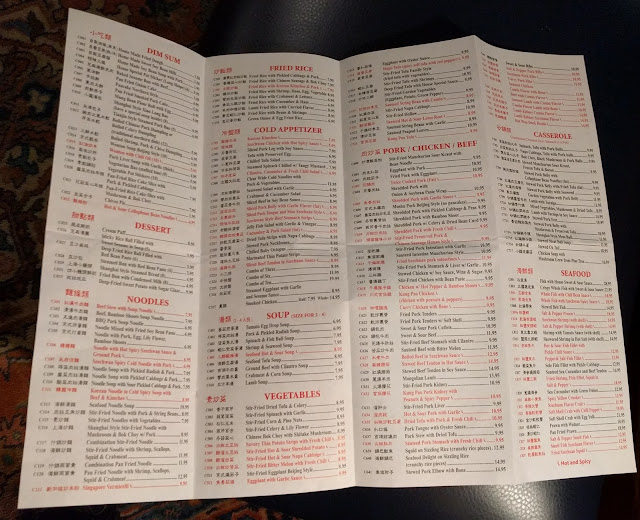 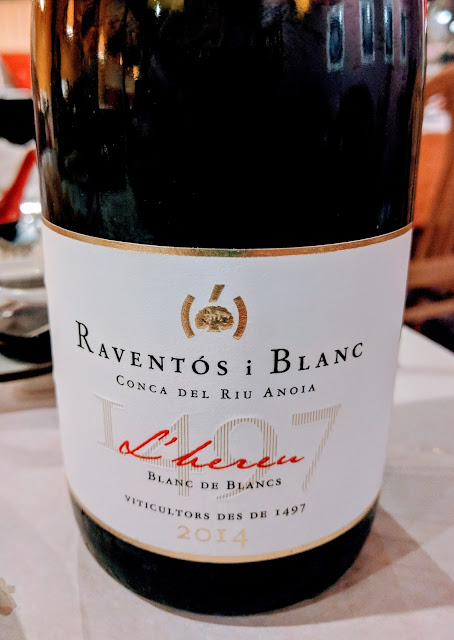 you can see from the lunch menu- this is not a place that caters to those who don't read Chinese LOL  - they actually do have what they refer to as an "American Chinese" menu with the usual crap stuff like sweet and sour pork and kung pao chicken LOL but you can get stuff like that any place so why bother driving a half an hour to eat here.... 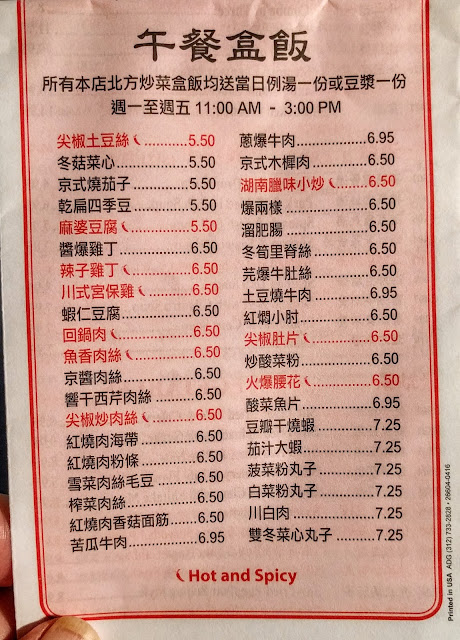 tonight we return to El Ideas another south side place - this one on the cutting edge of fine dining from Chef Phil Foss.... my two favorite courses from last visit are shown below- OK my three favorites - because it was too hard to choose--- LOL 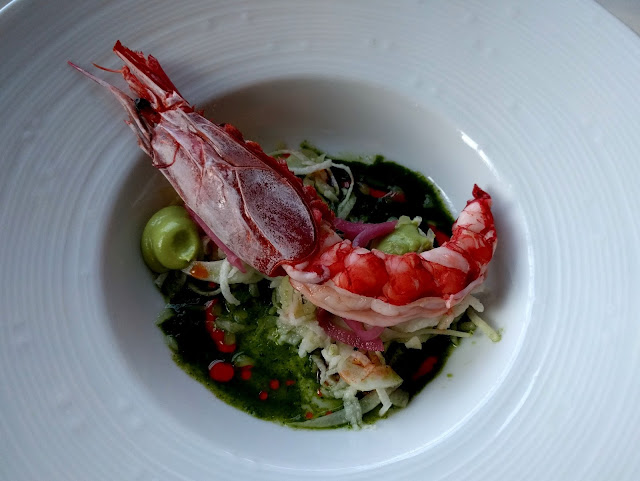 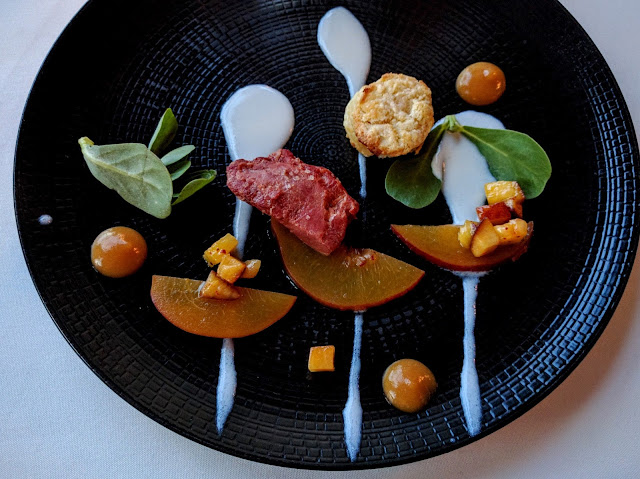 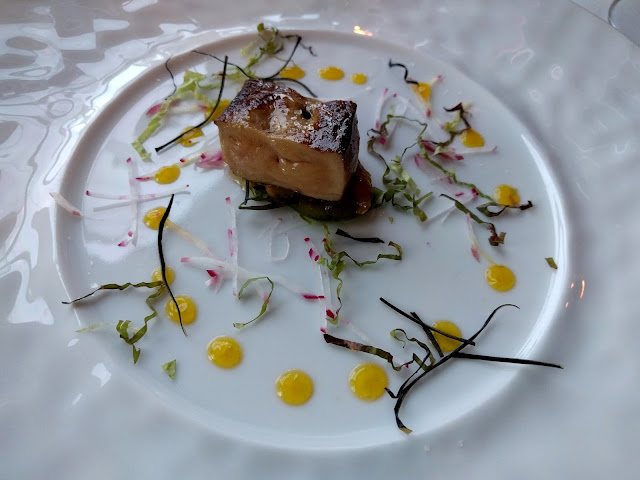 *Gweilo (Chinese: 鬼佬) is a common Cantonese slang term for Westerners. In its unmodified form, it applies only to European ethnicities and has a history of racially deprecatory use. Cantonese speakers frequently use gwailou to refer to Westerners in general use, in a non-derogatory context,

see you when we return... because i have to keep up - the calendar is quite full and there will be wine dinners (The Bristol) and Chaine events (the Mondiale mezcal event at Quiote) and also coming up Oriole (with brother Larry) along with several concerts - and several dinners with friends.... #lifeisgood
Posted by TOR at 3:34 PM